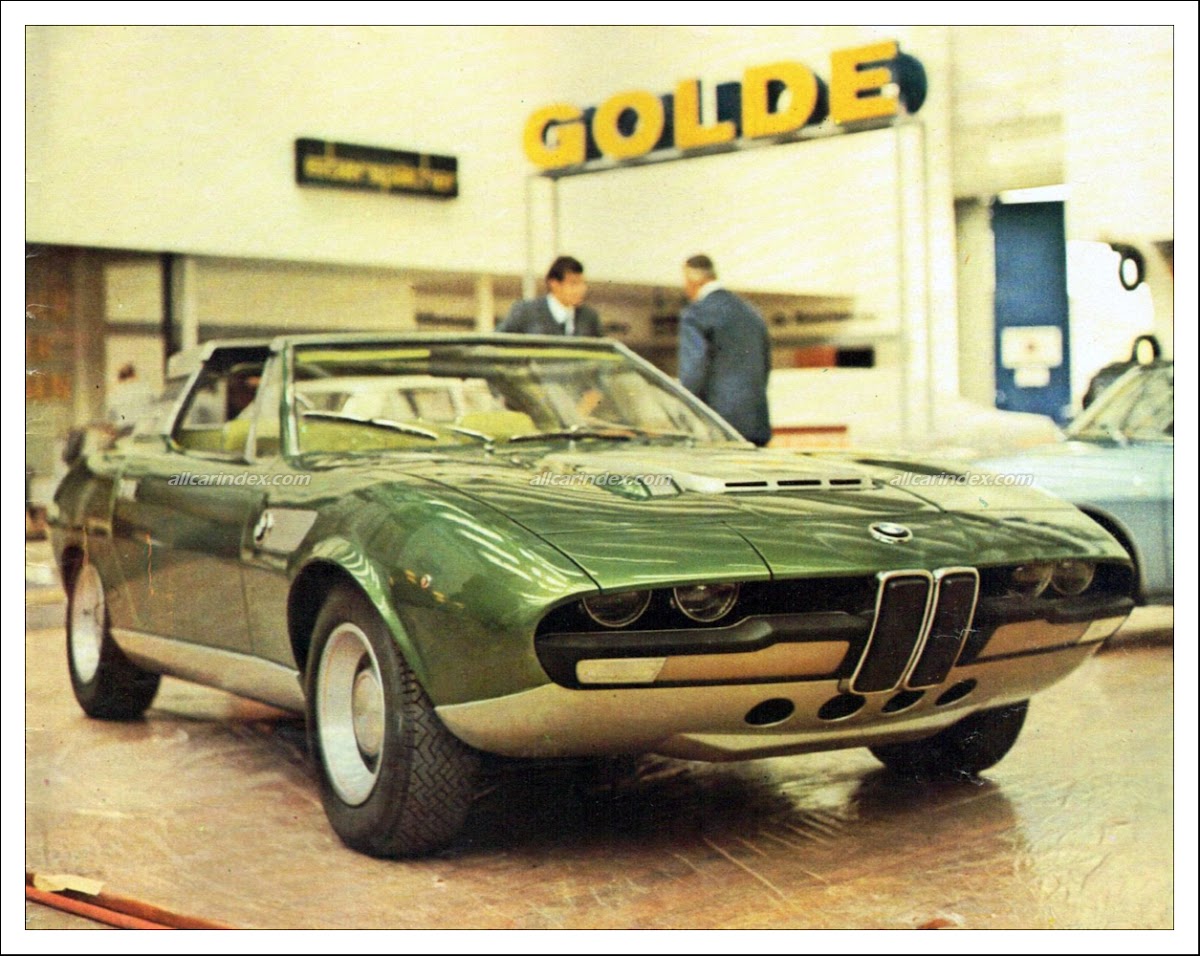 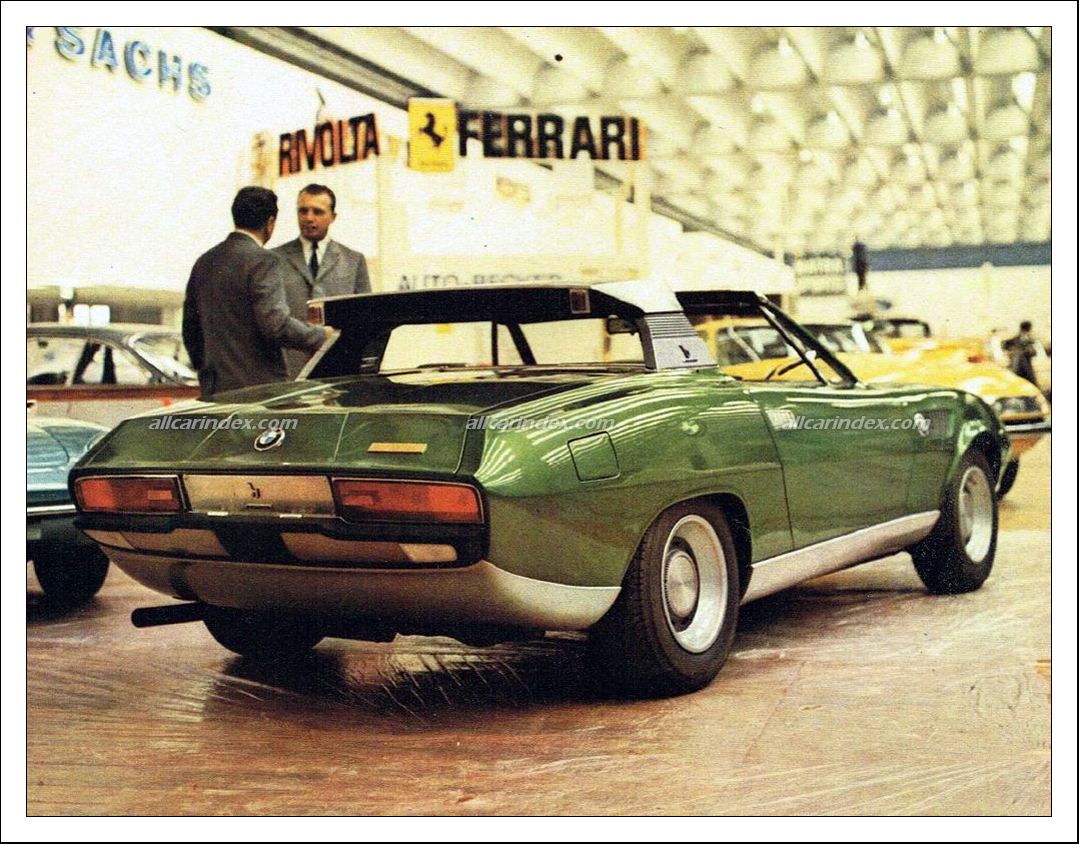 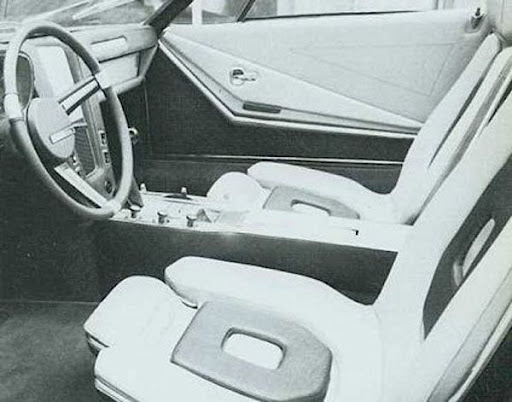 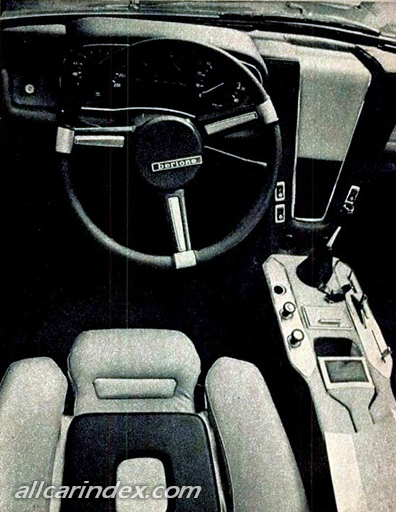 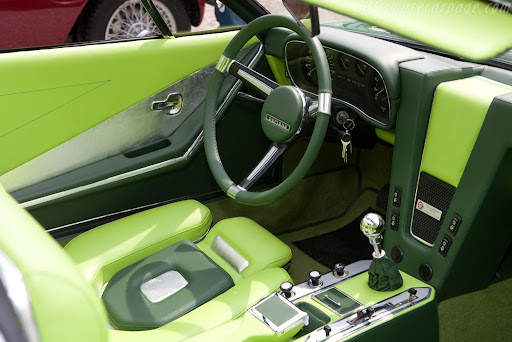 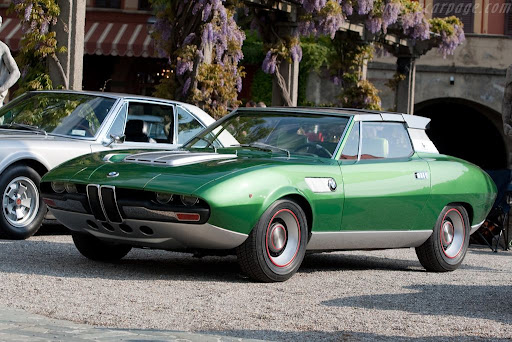 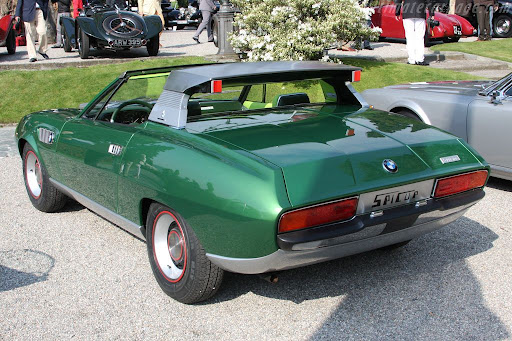 Bertone's choice of name for this design took him away from his usual source of inspiration, the world of nature (think of the "Carabo", and the "Miura" etc.). With this car the Turin designer opted for a name which expresses the theme of the car, that is, its metamorphosis between spider and coupe and back again: the name Spicup is in fact spider + coupe. The Bertone design is a reworking of the glorious 507 Spider produced by the German carmaker. It is based on the chassis of the 2500 saloon, shortened from 269 cm to 234 cm, with a 2800 cc. engine, which was already being mounted on the coupe presented by BMW in the same period. The considerable dimensions of the mechanical components were handled by creating almost excessively fluid vertical lines. At the same time, the relatively important tail and wings become the car's focal point. The rollbars had to satisfy a combination safety needs and design criteria, and Bertone solved the problem with an automatic mechanism which also contained the elements for the transformation from spider to coupe and back again.The Spicup was presented at the 1969 Geneva Motor Show.