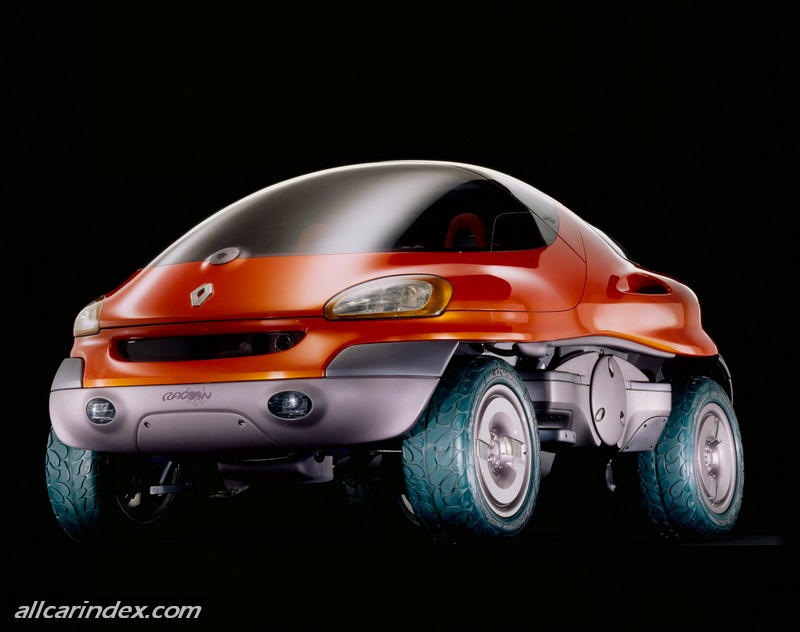 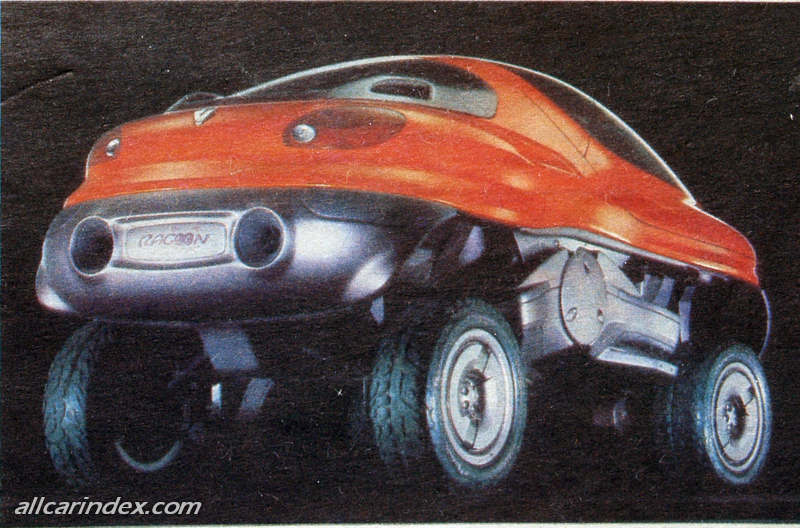 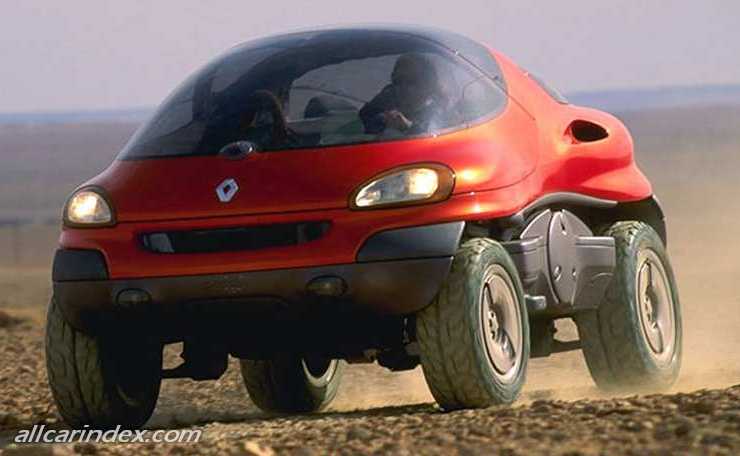 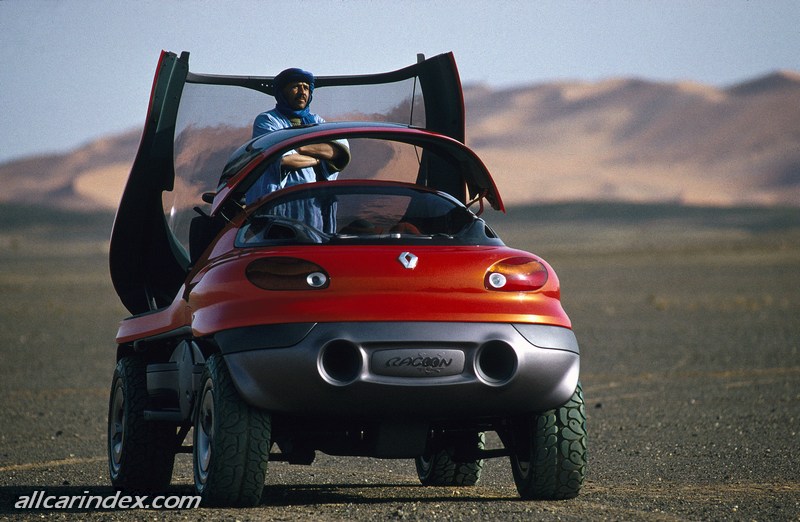 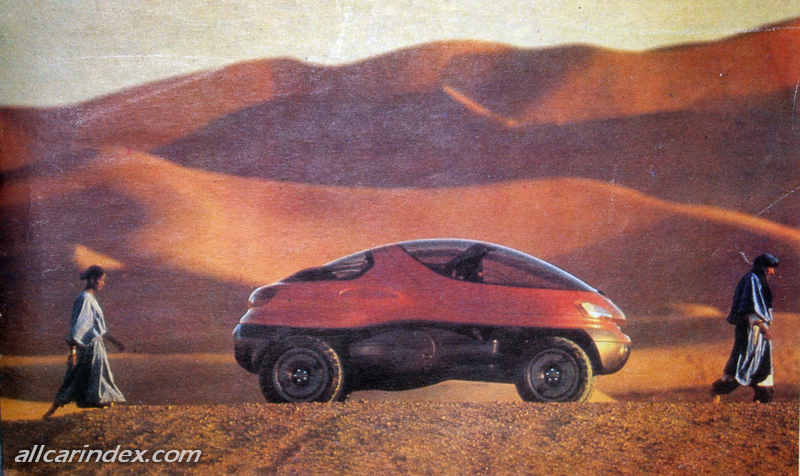 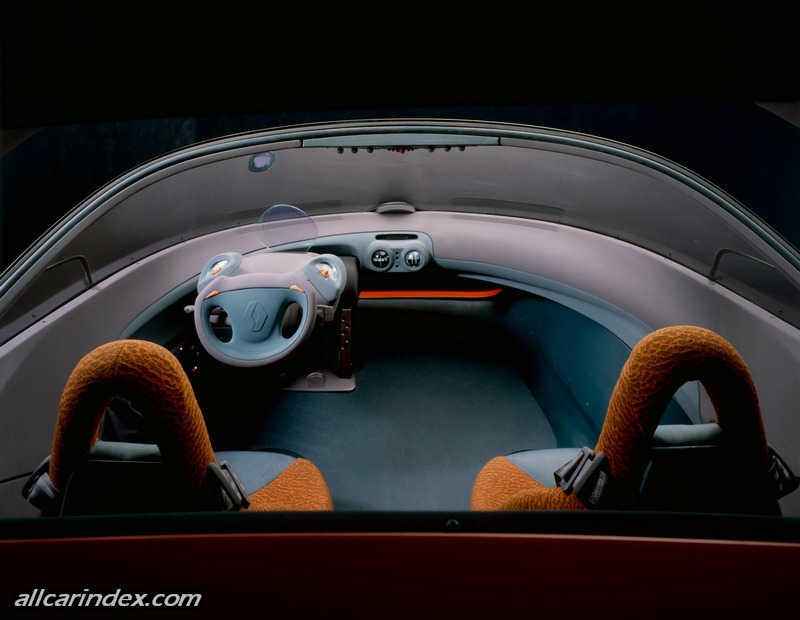 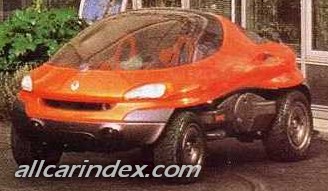 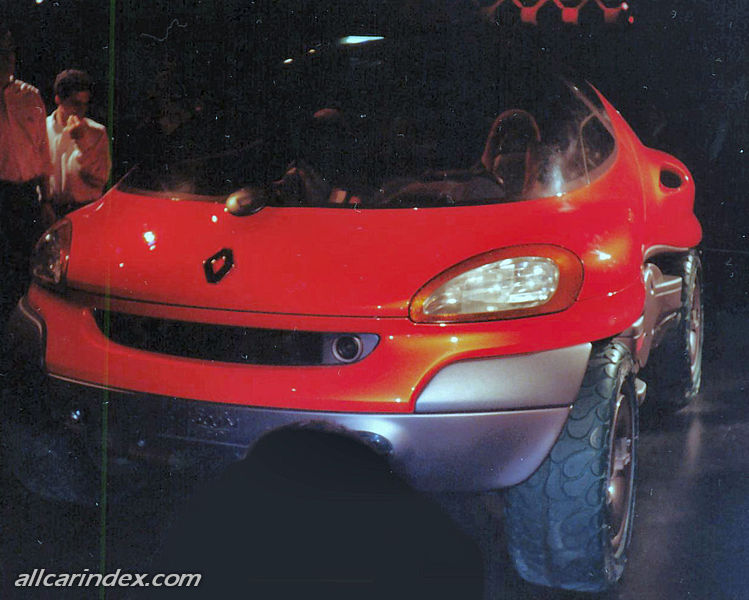 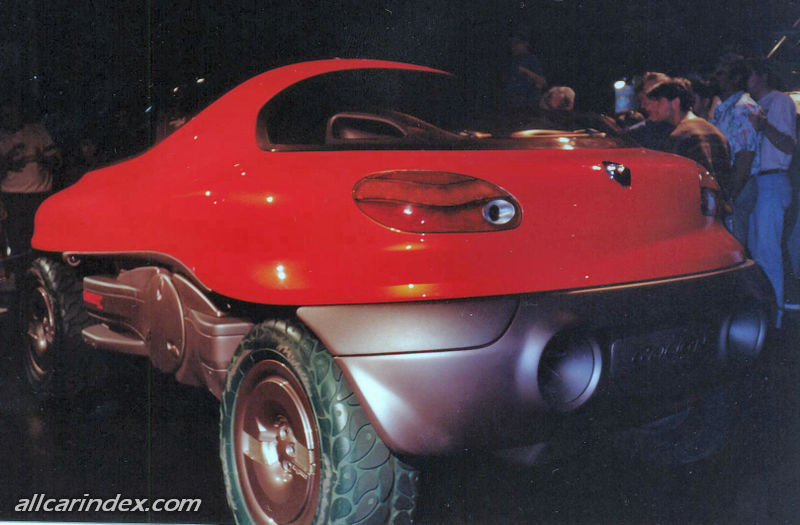 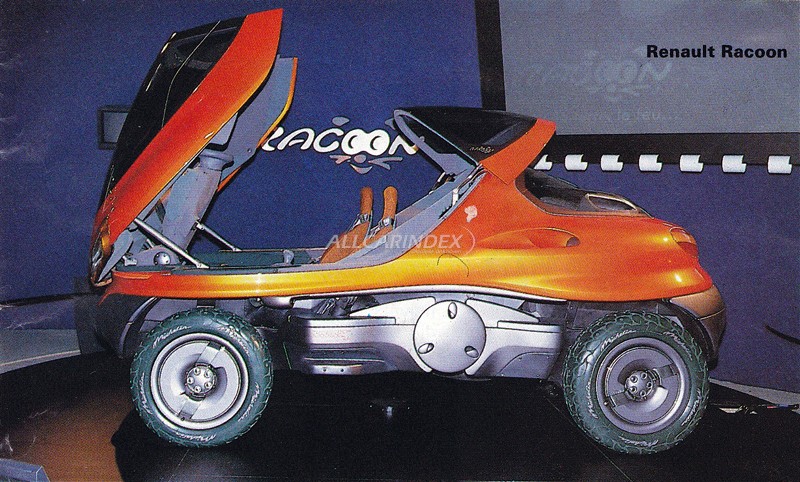 Racoon made its first public appearance in 1992 in a film intended to demonstrate Renault's technological expertise in the field of computer-generated imagery. The Concept car itself is an all-terrain, go-anywhere vehicle, which bristles with ideas and technologies. Racoon is a vehicle of extremes which is always in its element wherever you take it. This Concept car is also amphibious with a top speed of 5 knots in water. Its philosophy is one of taking its occupants right to the very heart of their environment. The extra-high and extendable ground clearance, over-sized green wheels, long arms and bulging head give the vehicle a decidedly unusual appearance. With forms that are round and flowing, Racoon has three distinct sides to its character. First, a hybrid, helicopter-like look with a high glass cockpit underlines its observation and discovery functions. Second, Racoon seats its occupants almost horizontally like a sports car. And third, it flexes its mechanical muscles unashamedly like a powerful construction vehicle.

Racoon splits into two, easily separating into its high-tensile steel chassis on the one hand and its all-steel bodywork on the other

Two hydrojets driven by the engine provide propulsion in water