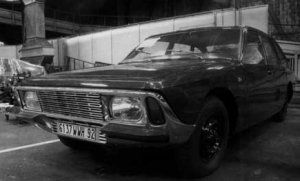 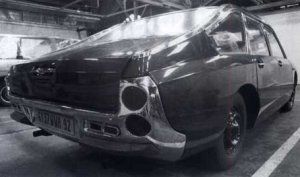 After successful introduction of R4 and R16 models Renault tried to get into higher class. The work on a new project H started at the end of the 60´s. Both Renault and Peugeot motor works started a development of a new V8 engine which was supposed to power future luxurious cars of both of the factory marks. Three prototypes of 4,9 m long limousine with bevelled back have been made in the development Renault centre. It turned up during the riding tests that the engine is too heavy and that is why the problems with brakes started. And what was even worse - the engine had too high consumption. This problem appeared in a really bad time because cars with high consumption started to loose popularity in Europe. That is why the project was finished in 1967 and replaced by project 12 with 6-cylinder engine and length reduced to 4,7 m. R30 model was based on this project.