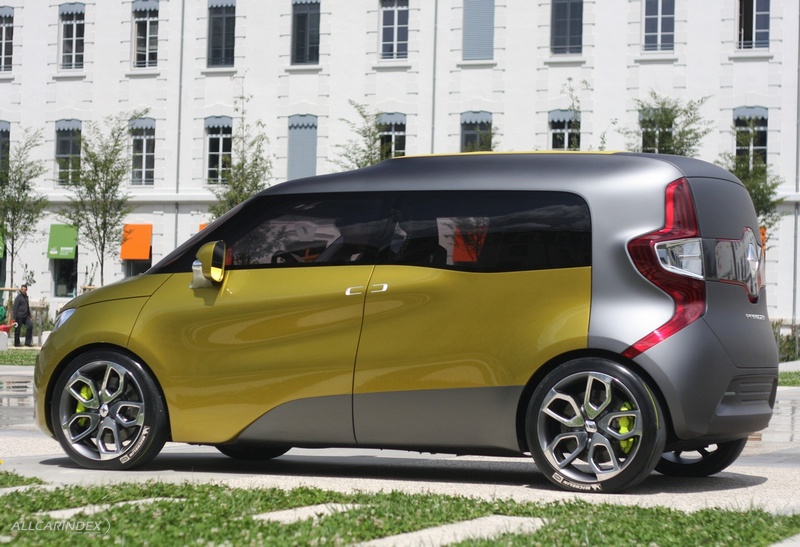 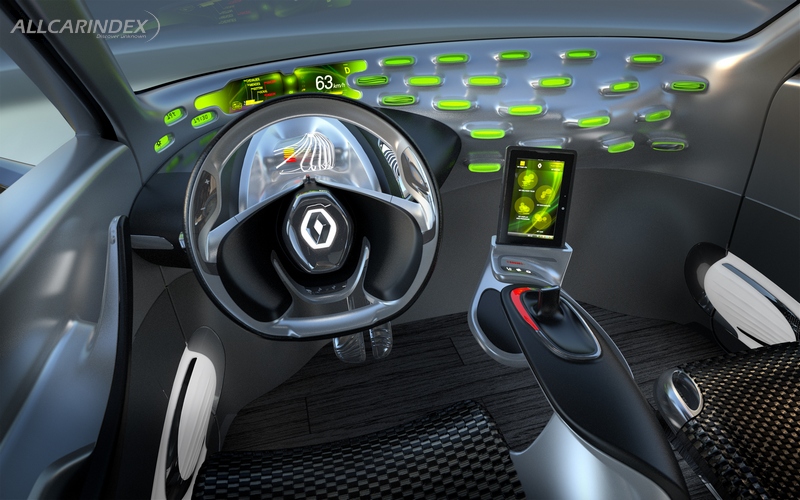 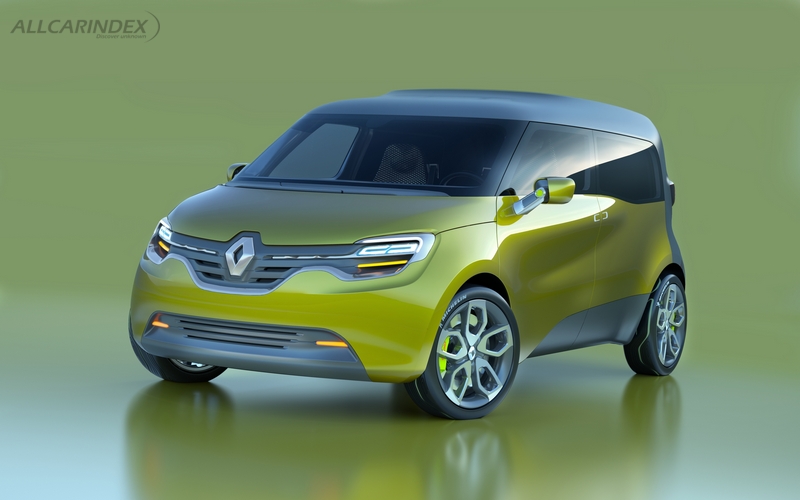 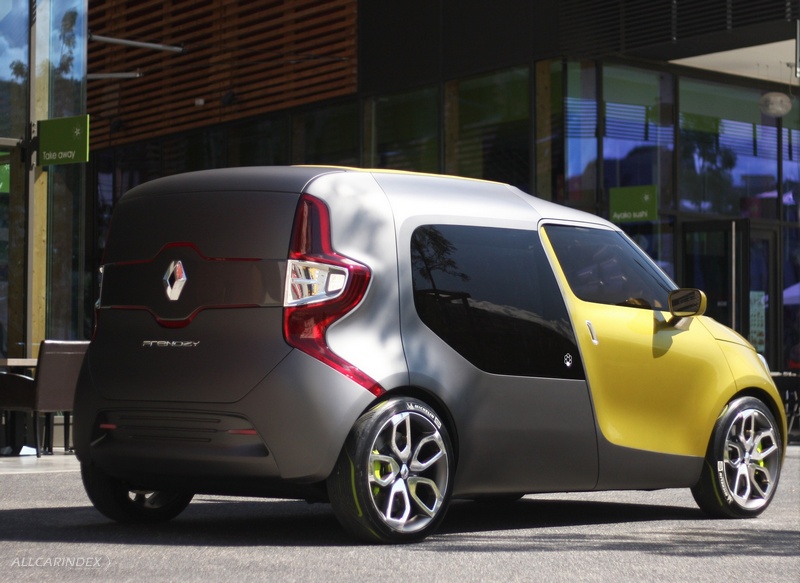 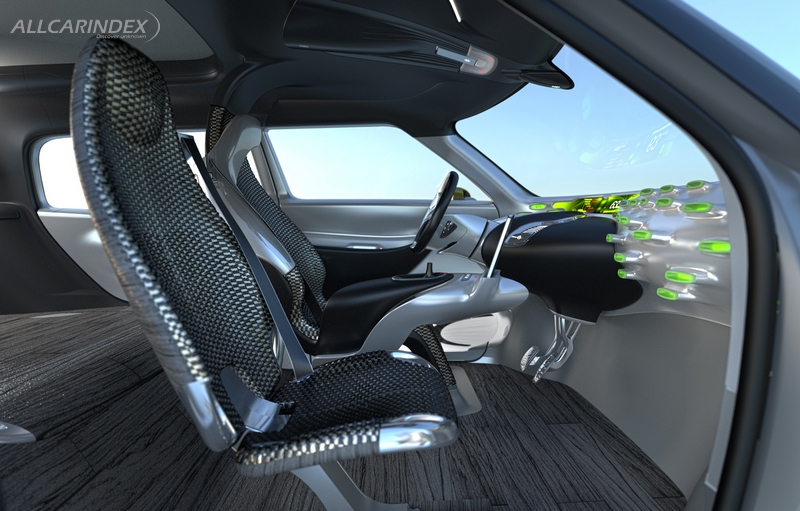 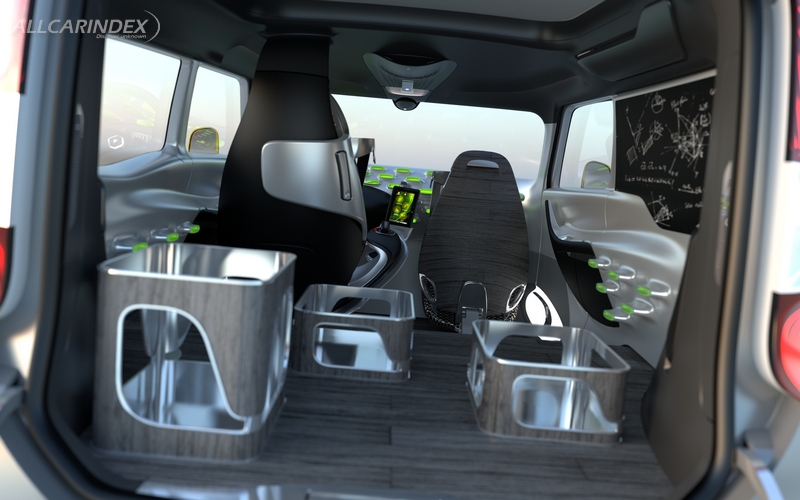 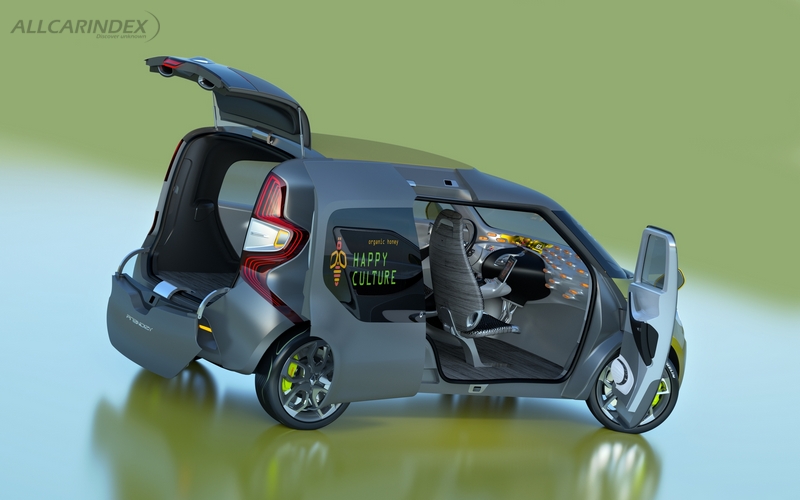 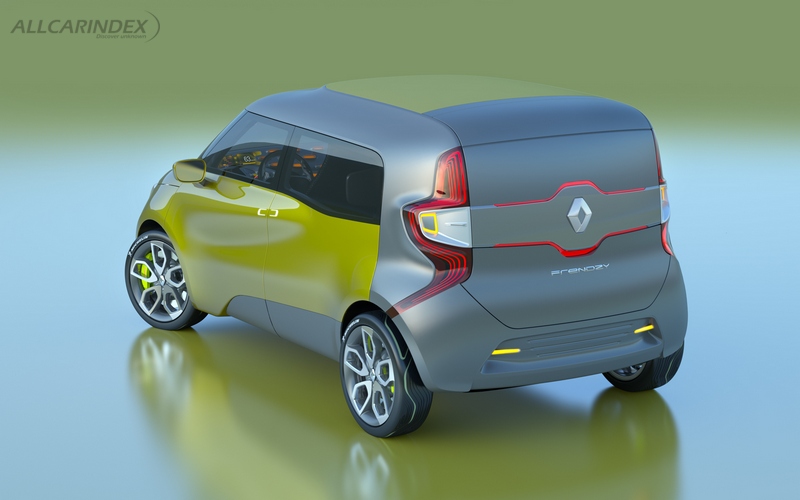 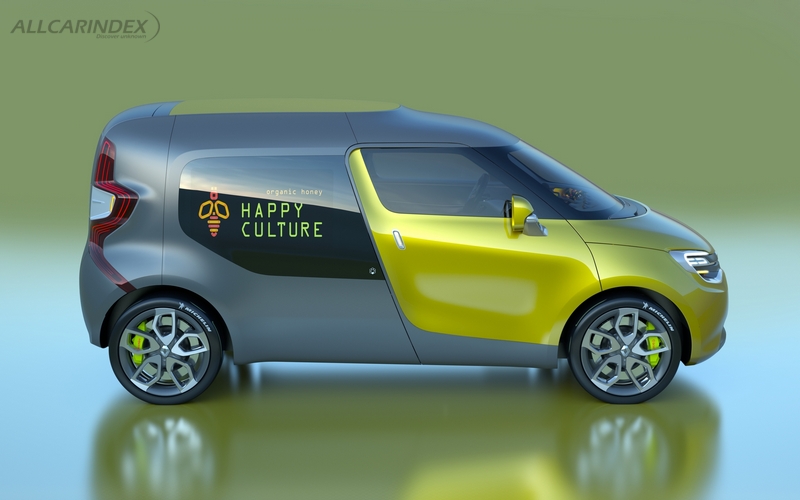 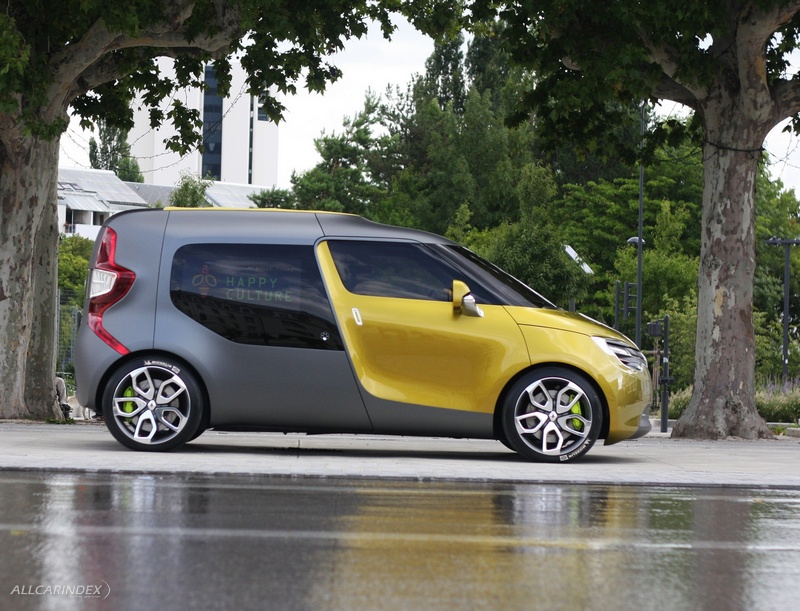 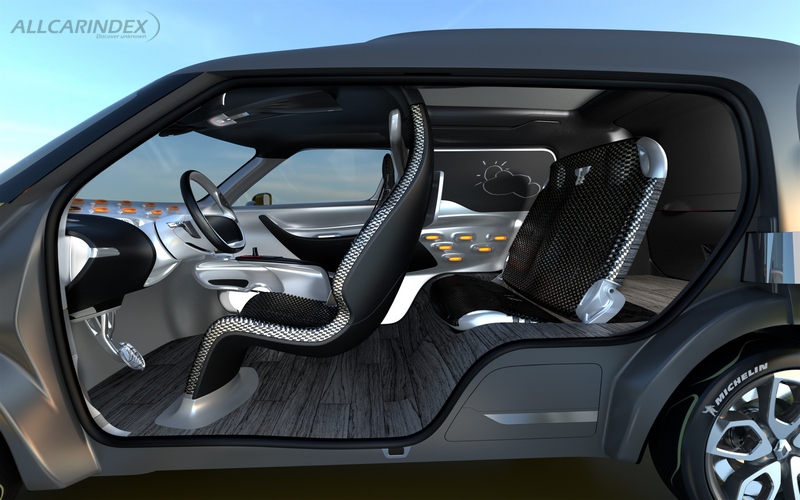 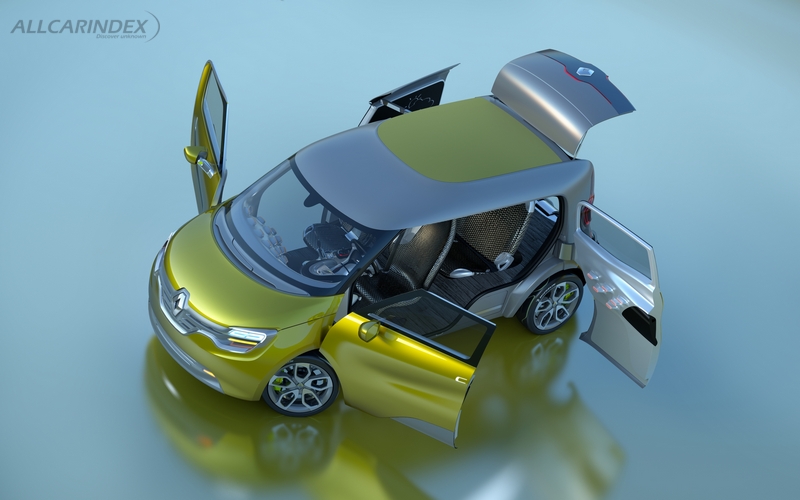 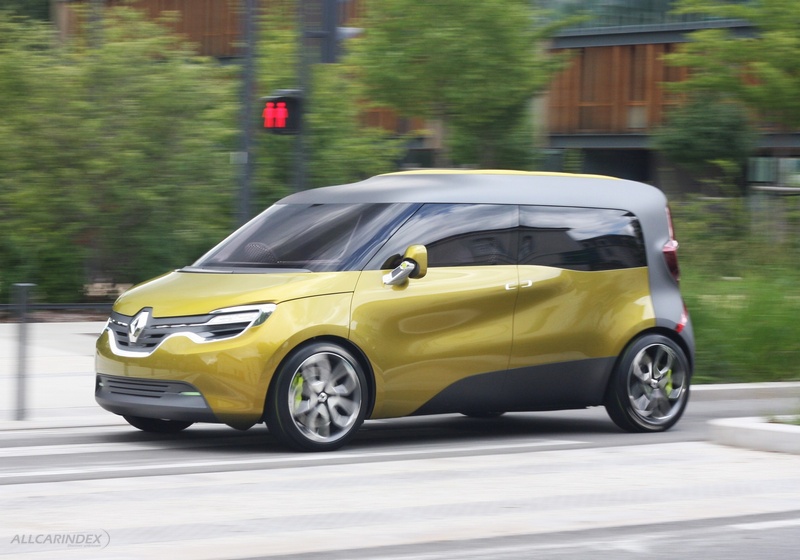 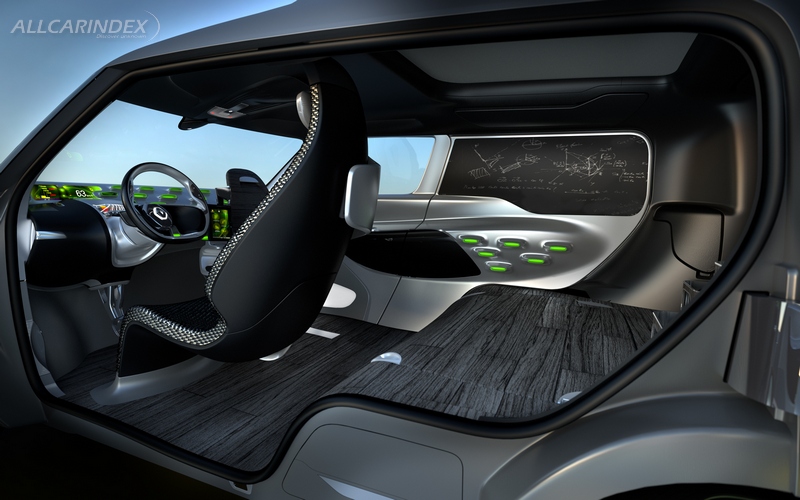 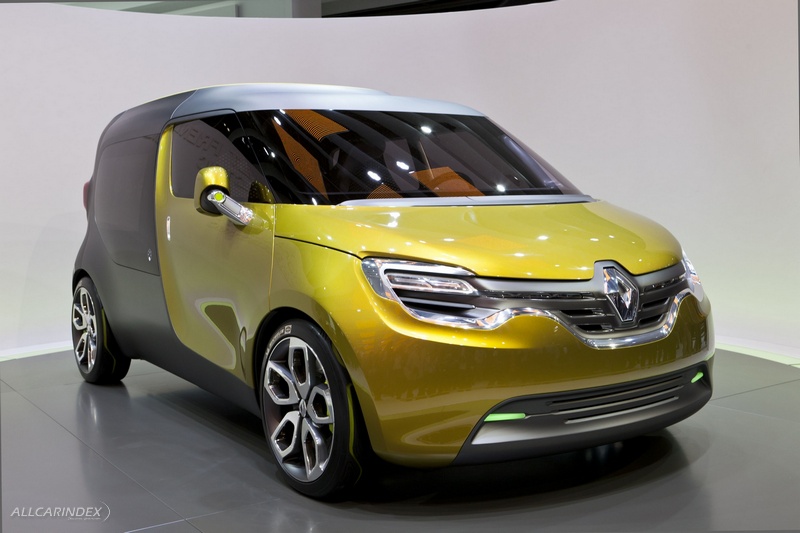 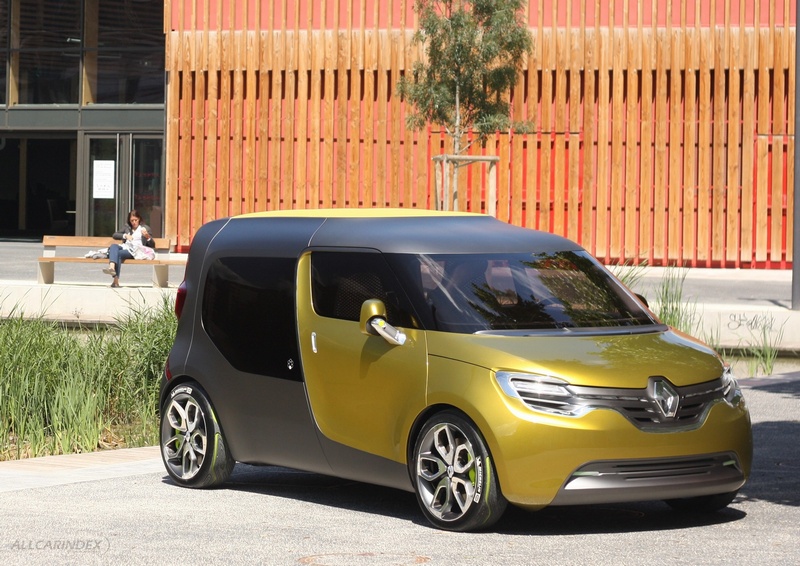 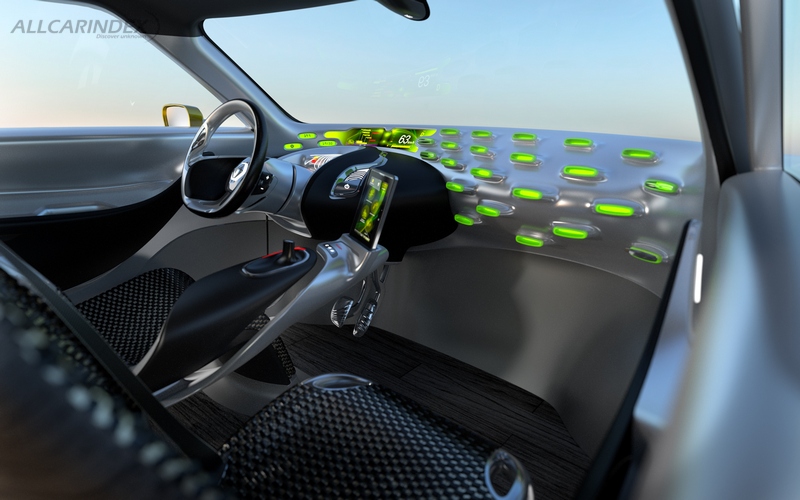 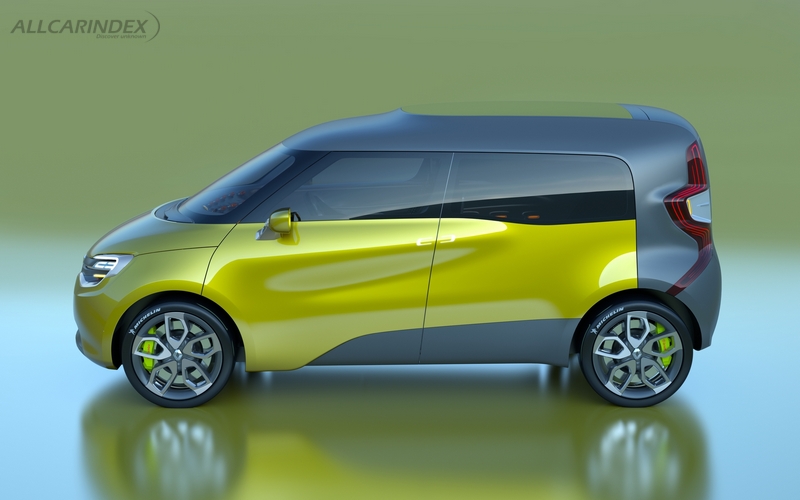 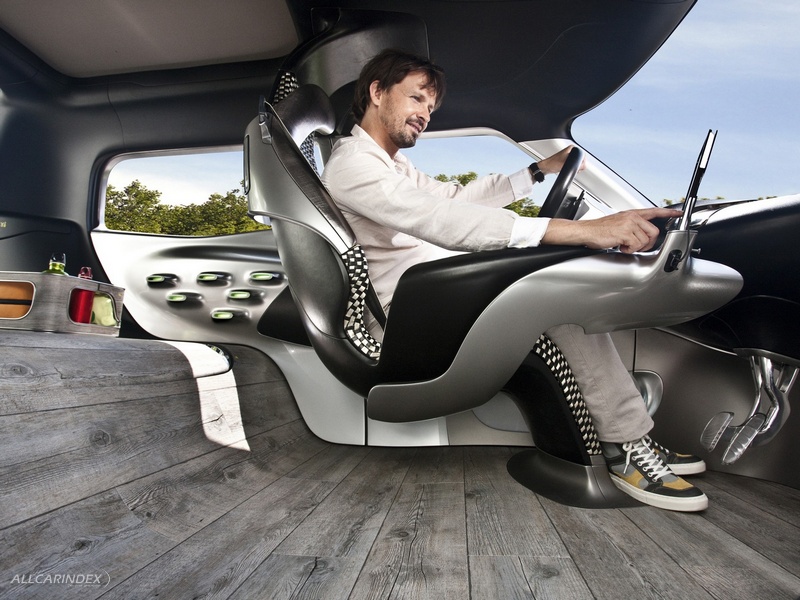 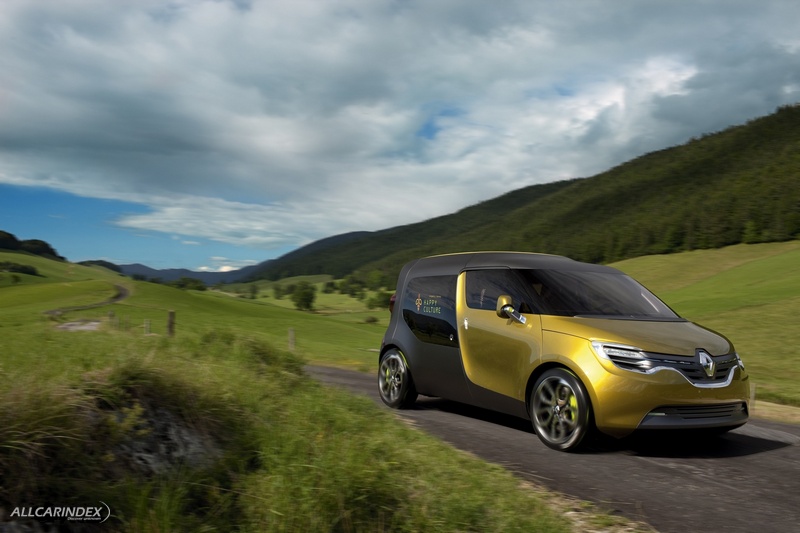 FRENDZY: THE FUNCTIONAL VEHICLE FOR EITHER WORK OR FAMILY USE – A QUESTION OF CHOICE

"FRENDZY is the fourth step in our new design strategy which was first illustrated by Renault DeZir. FRENDZY is an original and innovative vehicle which takes us into an area that is vital to Renault: the world of light commercial vehicles." Laurens Van Den Acker (Director of Industrial Design, Renault).

After the notion of ‘love at first sight’ expressed by DeZir , discovering the world with Captur and the establishment of a family with R-Space, FRENDZY presents the world of work. The latest concept car to be produced under the leadership of Laurens Van Den Acker, it is the perfect multi-talented vehicle. As a commercial business vehicle which can double up perfectly as a comfortable passenger car, it meets the requirements of business users on the one hand and those of families on the other. "FRENDZY is the must-have vehicle for flexibility and versatility, two qualities which are in tune with today's world. It is efficient and modern as a work tool, yet sporty and warmly welcoming for the family." Axel Breun (Director of Concept and Show Car Design)

On the passenger’s side, there’s no centre pillar; just one conventional door and one sliding side door which incorporates a 37-inch widescreen display. This is the world of work. The driver’s side, complete with centre-opening doors represents the world of the family. Ease of loading and ease of entry go without saying in both worlds. "The concept of an asymmetric body design was the most logical way to express this vehicle’s dual role," says Exterior Designer, Deyan Denkov. "From the very start, I wanted to move away from the traditional format for business vehicles and, in doing so, show that this type of vehicle can also be more emotional, more dynamic and more attractive. I took inspiration from a wide variety of sources, including unconventionally shaped aircraft such as the Airbus Beluga and the Antonov 224."

On weekdays, FRENDZY is a vehicle that adapts to the requirements of the business user, with a large external screen that can display information or advertising messages, either whilst stationary or on the move. Come the weekend, the car becomes a family vehicle, with a comfortable passenger seat and, in the rear, a big bench seat. Children can watch a film or play games on the touch-sensitive pad which slides out from the back of the driver’s seat. They can even draw on a special slate integrated into the sliding door.

The driver, likewise, can adapt the vehicle to his or her needs. In ‘work’ mode, the rear-view mirrors sit upright and the interior lighting is green; in ‘family’ mode, the mirrors swivel round to the horizontal position and the interior is bathed in a radiant orange ambience. Coloured lights in the headlamps and tail lights provide an external indication of the mode in which the vehicle is running. With FRENDZY, Renault – as Europe’s LCV market leader for the past 13 years – once again showcases the practicality, modularity and versatility that are already hallmarks of Kangoo, Trafic and Master.

The driver’s environment is designed along the theme of a futuristic ‘work bench’.

Green light emanating from the dashboard brings this smooth and organic architecture to life. These lights signify the ‘work’ mode and tie in with the colour displayed on the exterior of the vehicle. In the ‘family’ mode, the atmosphere becomes warmer as the green lights turn orange – a subtle reference to the colour of Renault's previous concept car, the family-oriented R-Space. Dominant throughout is the sense that the interior forms a cosy cabin which echoes the simple yet practical world of camping, and this is further reflected by extensive use of wood. Indeed, as much a symbol of warmth as it is of strength and timelessness, wood forms a link between the two modes.

"Our research into materials centred on the area where the technology of industry meets the cosy softness of the family nest," notes Antoine Génin, Director of Interior Design, Colours and Materials. "This modern combination of wood and metal picks up on Renault’s strategic design values of simplicity, sensuousness and warmth."

On a practical level, the fabric roof adapts itself to the shape of bulky objects, while magnetic fixings allow the load to be secured to the floor, and modular stowage systems are a practical bonus for business users. The single-piece rear seat is integrated into the floor and the front seat folds forward in order to free up space.

Interior designer, Ana Zadnik: "The interior of the vehicle reflects its double identity: on the one hand, it provides a roomy, uncluttered load carrying space and, on the other, it can become a space that’s fun and interactive which seats up to four people. Sections of the dashboard and rear door panels are extruded to form recesses that can serve to stow a variety of accessories, again making life easier for the user."

AN INNOVATIVE OFFICE ON WHEELS

The user-friendly layout of the driver’s environment and the tablet turn FRENDZY into a truly interactive and communicative tool. Renault worked with Research In Motion (RIM) on this project, and the BlackBerry® PlayBook™ tablet, plugged into the dashboard, has enabled the concept of an office on wheels to become a reality. The ultra-portable BlackBerry PlayBook delivers advanced performance, unrestricted web navigation in association with the Adobe® Flash® application, high-definition multimedia, modern security functions and a perfect fit with business needs.

Thanks to BlackBerry PlayBook, business customers benefit from an effective workplace and unrestricted mobility. The tablet slots directly into the centre console, ensuring perfect convenience once on the move. As soon as it is plugged in, it becomes an integral element of the vehicle. It can also continue to be used for work once the device is removed again, and it can of course be used for all of the normal PlayBook tablet functions. The device has an important role to play in the personalisation of the vehicle, too, since it controls the exterior screen, while the vehicle is in motion or when it is stationary; this can be just as much for business as for family purposes.

Sensors located on each door sill log the loading or unloading of packages equipped with RFID chips (Radio Frequency IDentification) containing key information such as destination address, weight and size. This gives users a real-time inventory of the goods being carried in their vehicle. In addition, drivers can automatically calculate or re-calculate their itineraries based on this information.

FRENDZY's powertrain is the same as that of Kangoo Z.E., although the charging socket –concealed behind the Renault logo at the front – is identical to that of ZOE Preview.

Meanwhile, extensive work has gone into the sounds FRENDZY produces. This work was carried out in conjunction with IRCAM (Institut de Recherche et la Coordination Acoustique/Musique). FRENDZY's dual personality prompted Renault and IRCAM to develop a broad range of sounds as a function of whether the vehicle is being used for business purposes or as a family vehicle.

"Exploring the most informative sounds possible led me to work on variations in speed in order to express them in a clear manner," explains composer Andrea Cera who used IRCAM's Modalys software. "When accelerating hard, the sound becomes sharper, with a little wind noise. For deceleration phases, I added a more prominent wind sound."

After the notion of ‘love at first sight’ expressed by DeZir, discovering the world with Captur and the establishment of a family with R-Space, FRENDZY presents the world of work. It is the fourth step in Renault’s design strategy based on the different stages of the human life cycle.

The latest concept car to be produced under the leadership of Laurens van den Acker is the perfect multi-talented vehicle. As a commercial business vehicle which can double up perfectly as a comfortable passenger car, it meets the requirements of business users on the one hand and those of families on the other.