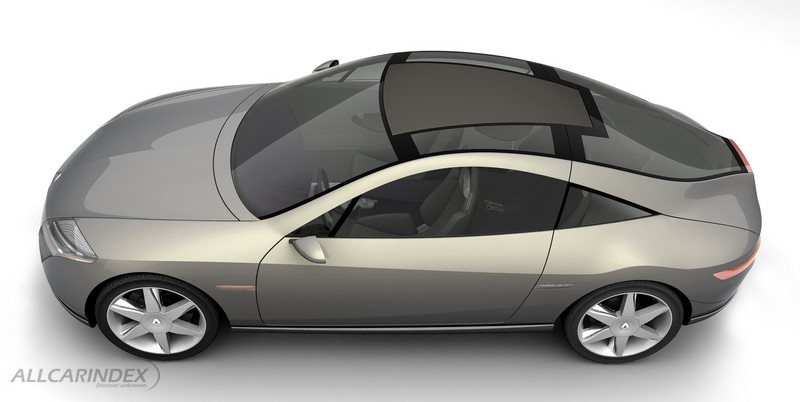 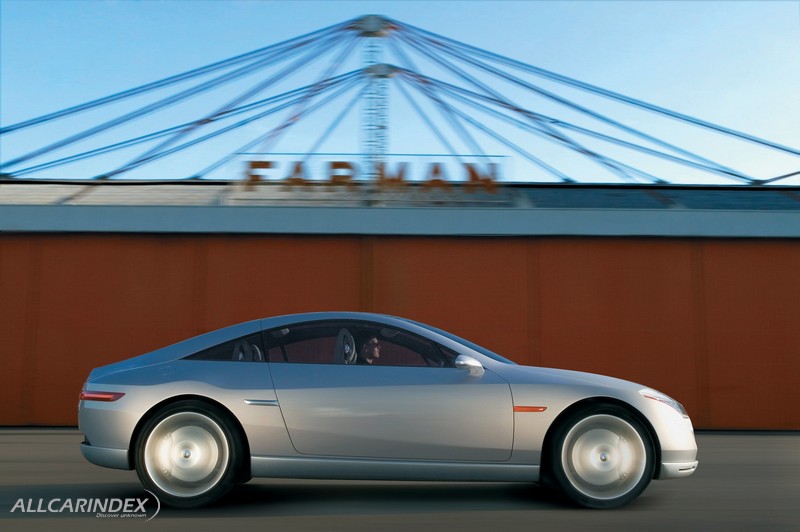 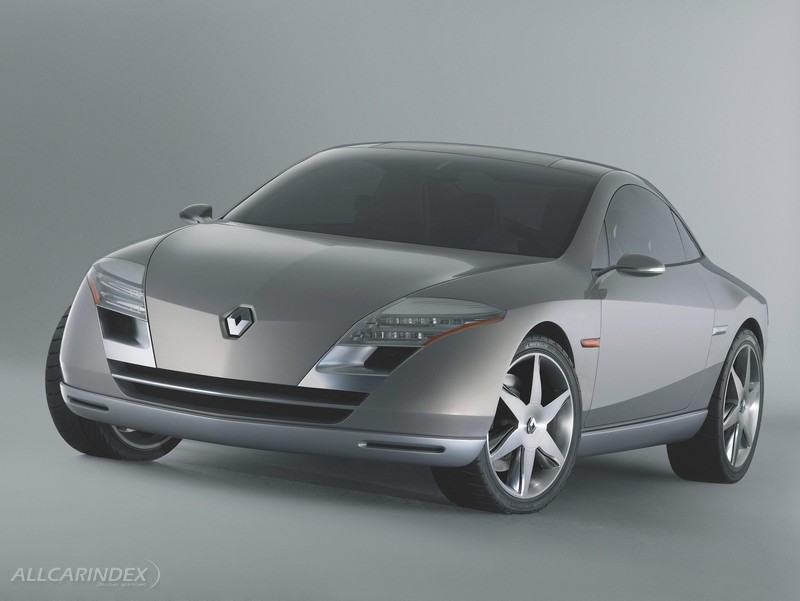 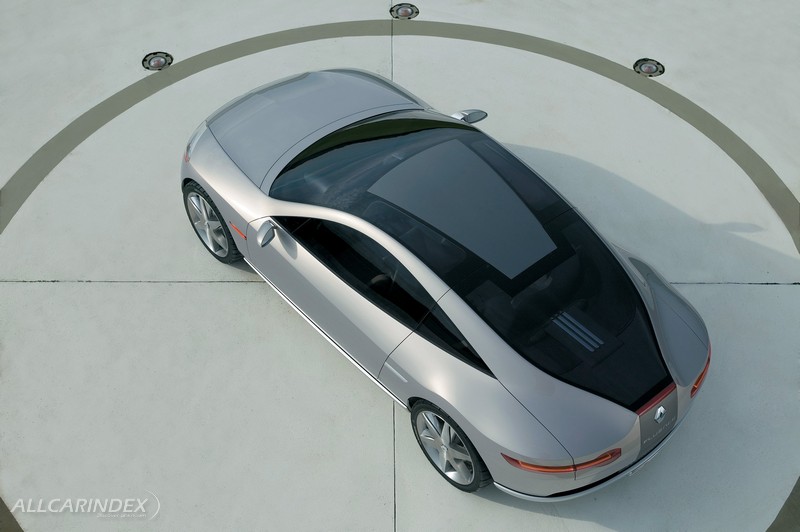 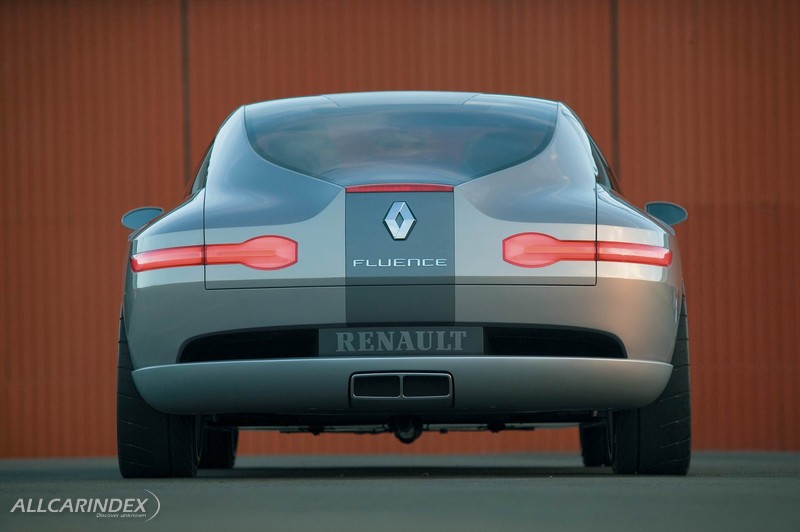 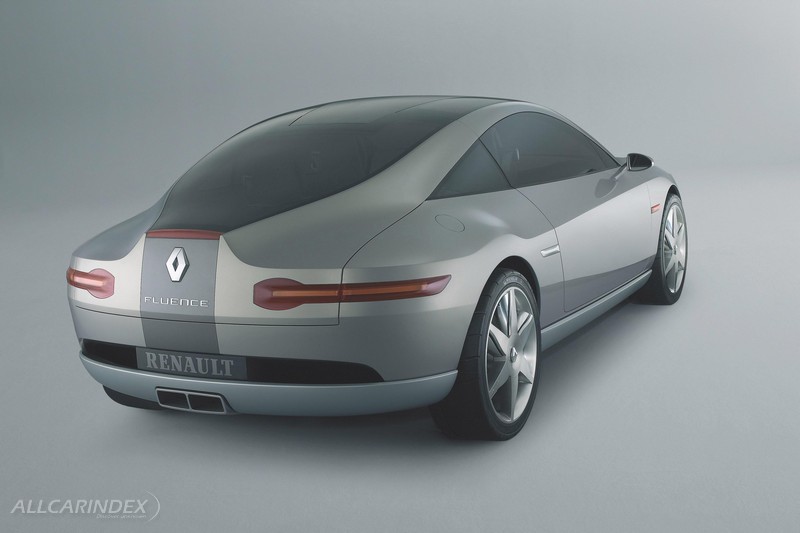 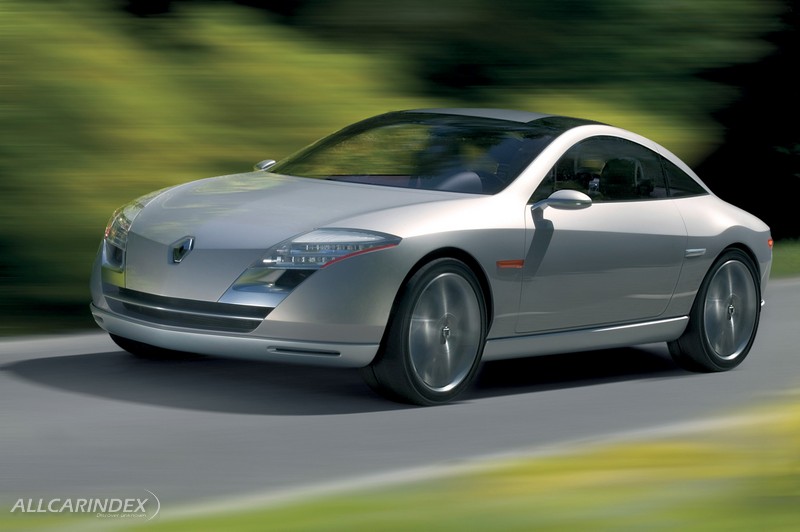 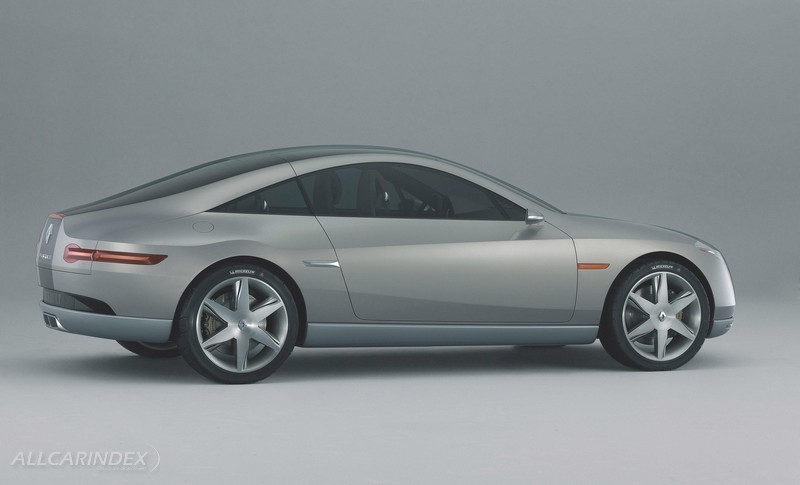 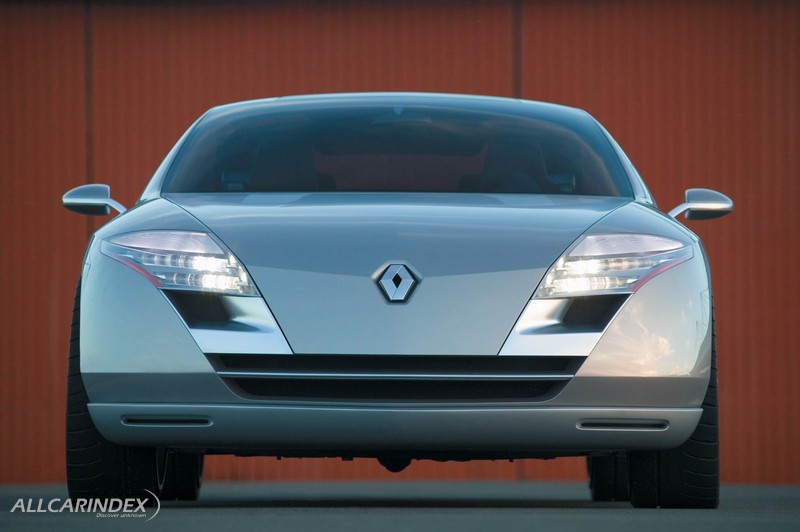 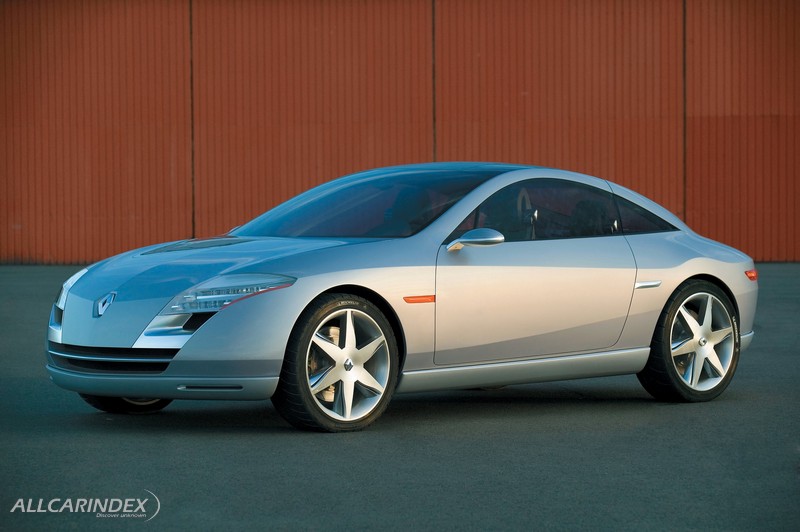 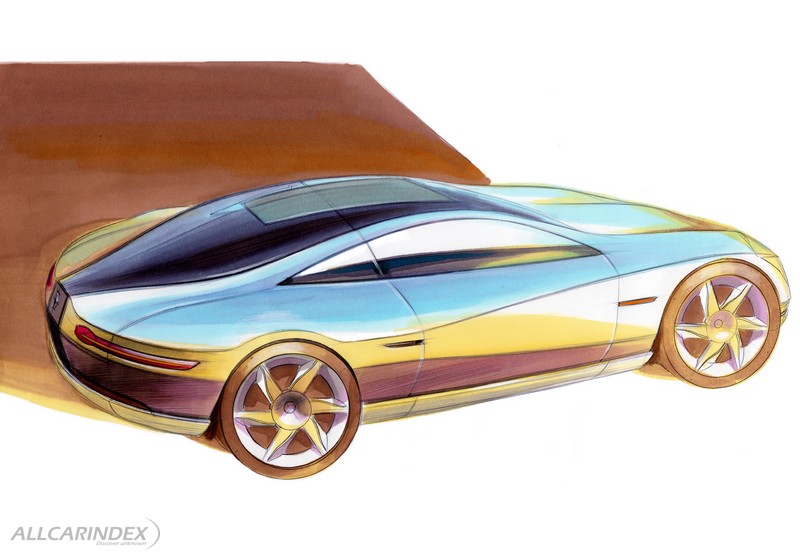 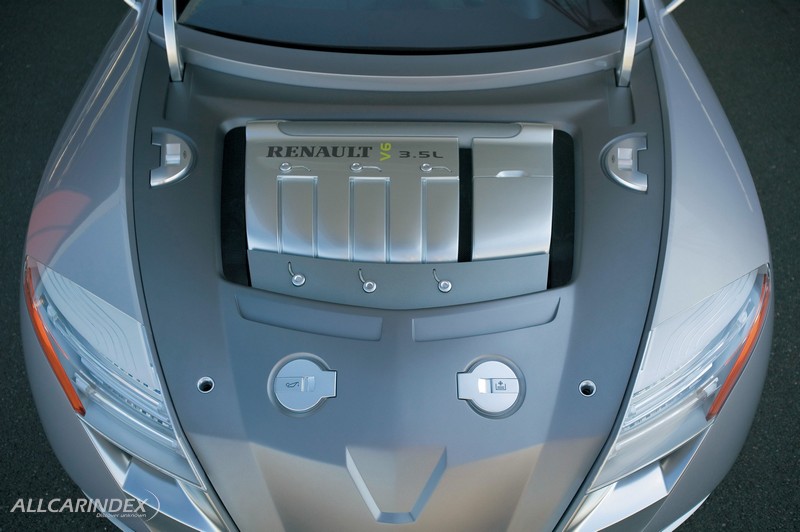 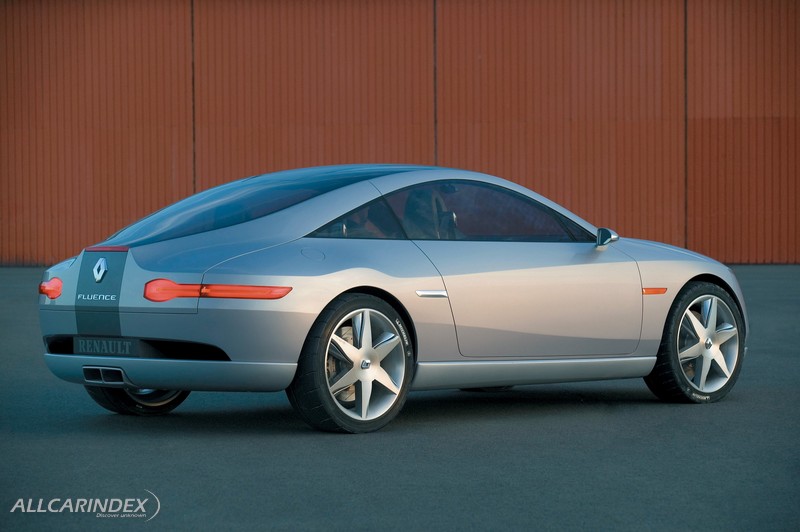 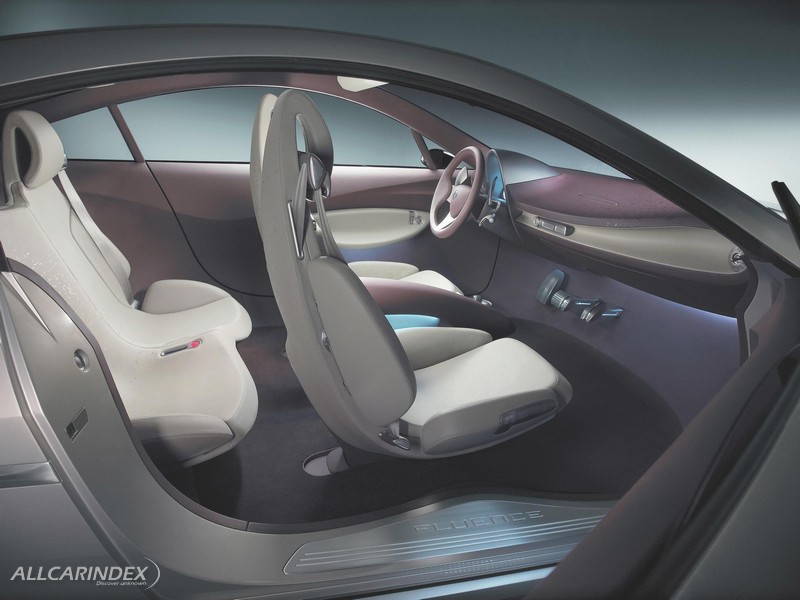 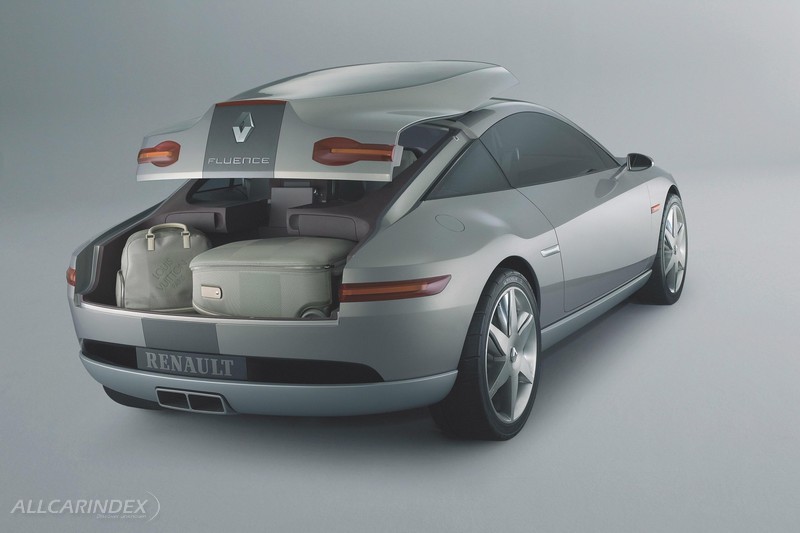 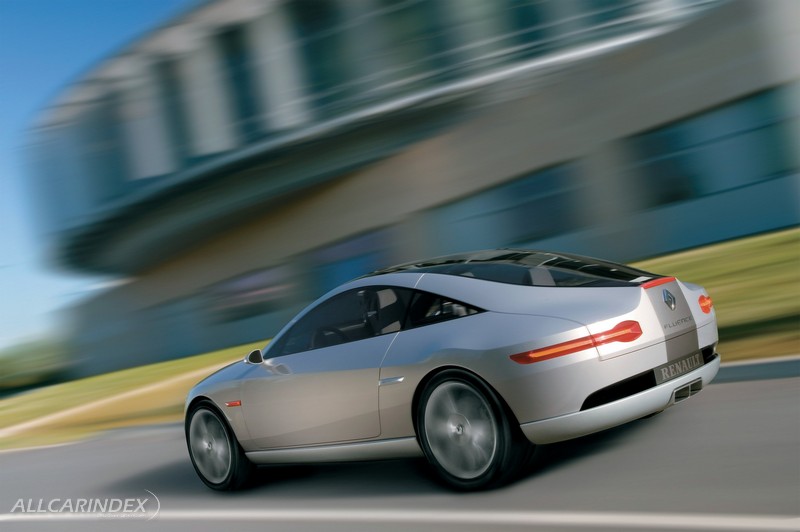 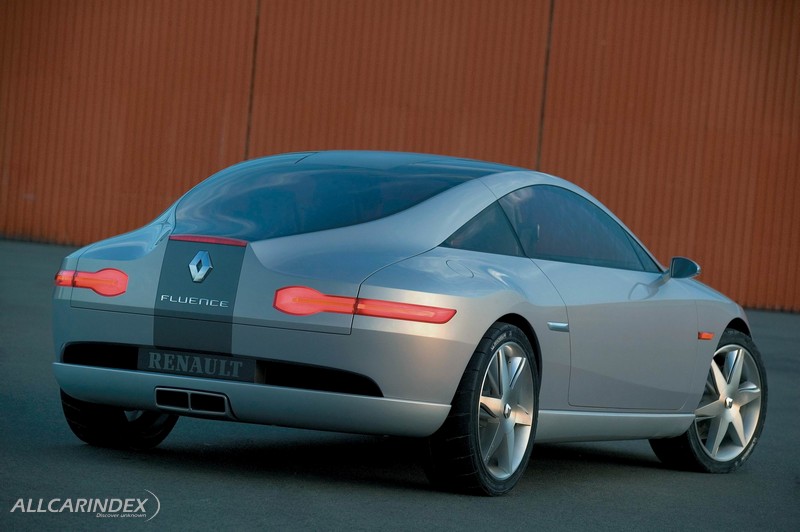 Fluence, Renault’s latest concept car, is an upmarket, four-seater sports coupé. Its flowing bodywork and welcoming interior embrace the simplicity and sensuality of the car's form. Patrick le Quément, Senior Vice President Corporate Design, sees Fluence as “the continuation of a long tradition of outstanding French coachbuilders.” The concept car will be shown at the prestigious Louis Vuitton Classic in England on June 4, 2004.

Fluence expresses Renault’s vision of a key theme in automobiles: that of upmarket, four-seater coupés. Mission accomplished: “Fluence is both a drawing and a sculpture. It blends bearing, generosity, elegance and fluidity,” explains Patrick le Quément.

Fluence is a 4.60-metre long coupé whose voluptuous forms are sculpted from simple, structured lines. It is a modern expression of the principle that underlies all coupés: pleasure of movement. This pleasure of movement is suggested by the visually dynamic contrast of a sloping front and a vertical rear. The frontal design is streamlined: the radiator grille is absent to focus attention on the lozenge logo and to evoke other prestigious Renault cars. Narrow indicators juxtapose the headlamps, whose shape reinforces the purity and fluidity that characterize Fluence’s frontal styling. A double strip of LEDs set at different angles is housed behind two transparent curved glass lenses. The diodes illuminate as the steering angle changes to provide multi-directional lighting when cornering. Two air intakes extend and accentuate the headlamps’ form, bridged by a third narrow, horizontal inlet.

In contrast with the flowing frontal treatment, the vertical profile of Fluence’s rear conveys a strong sense of energy. This impression of energy is underpinned by the contrast between wide wings, highlighted by the elongated, horizontal lights, and a taller central section in a different colour. This section connects the rear window with a twin centre exhaust outlet, framed by an air extractor.

In between its very different front and rear, Fluence is structured around a horizontal plane. Lines of force emerge at the front to converge at the centre of the tailgate. Two run almost symmetrically the length of each side. Two others frame the bonnet, then the roof and the rear window. This V-shaped rear window connects seamlessly to the windscreen by two strips of glass that stretch the length of the roof before dropping down towards the tailgate. The base of the body shell, with its aluminium finish, encircles the body to help reduce drag, a function also performed by the wheel rims. The 22” wheels are further promise of Fluence's driving pleasure.

Inside Fluence, a natural and welcoming harmony

Light pours in through the glazed area to bring out the full intensity of the prevailing Rouge Margaux red.

The printed leather seats are mounted on runners. The sides of the seat back and cushion fan out when the doors are opened, ready to welcome occupants. The lateral seat supports can then be adjusted to suit individual preferences. The door armrests, which are also on runners, adjust their position in conjunction with the seats.

The leather dashboard is again predominately red with beige accents. Its ethereal design resembles a leaf that has been rolled then nipped at its centre. This leaf theme is repeated in the design of the centre console. In a spiral movement it embraces the intuitive Touch Design controls. Using a joystick, the driver selects the car’s main functions which are shown on a fold-away screen in the upper part of the dashboard. Instruments use both digital and analogue display against a black and Rouge Margaux background.

Special attention has been paid to comfort in the back, beginning with the vast and welcoming enveloping rear seat. Renault’s designers looked to home furnishings as inspiration for the reading lamps. These fit flush with the headlining and, when required, are released by pulling a leather tab then tilted to the ideal angle.

The boot, lined in Rouge Margaux leather, provides 396 dm3 capacity with two side storage units. It is accessed via the tailgate by means of an innovative opening mechanism: the tailgate slides over the roof thanks to an articulated arm in its centre. This does away with side openings that obstruct access to the boot.

The front-mounted 3.5 litre V6 petrol engine develops 280hp and brings driving pleasure at every speed. The finely-tuned suspensions and chassis allow a fast and agile driving style that adapts to all road conditions.

Fluence is as much a pleasure to drive as a top-ofthe-range saloon, while six-speed automatic transmission with sequential control adds to driving comfort and serenity.