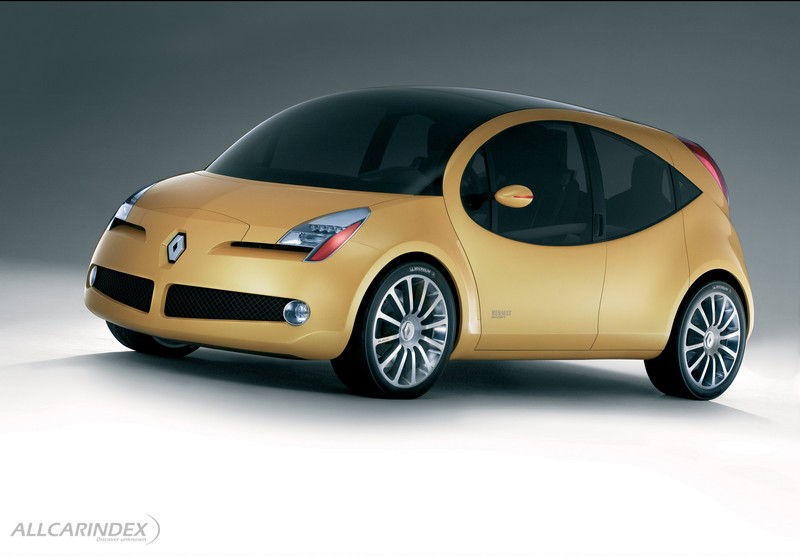 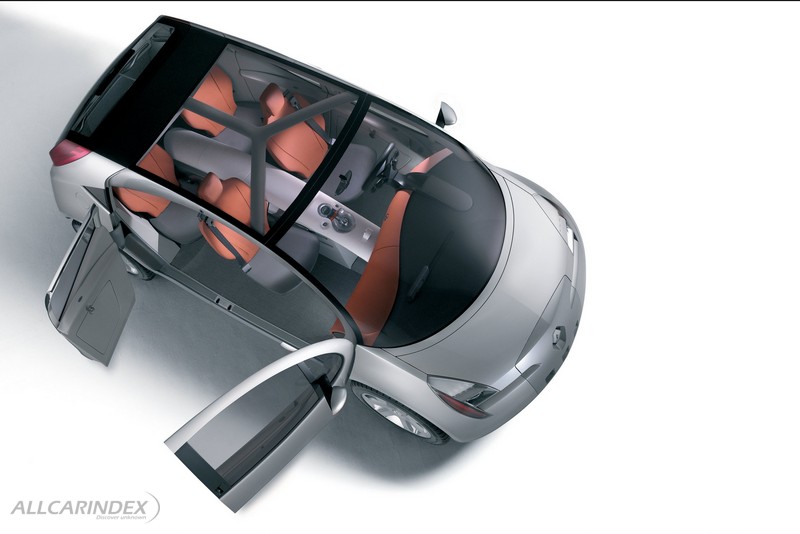 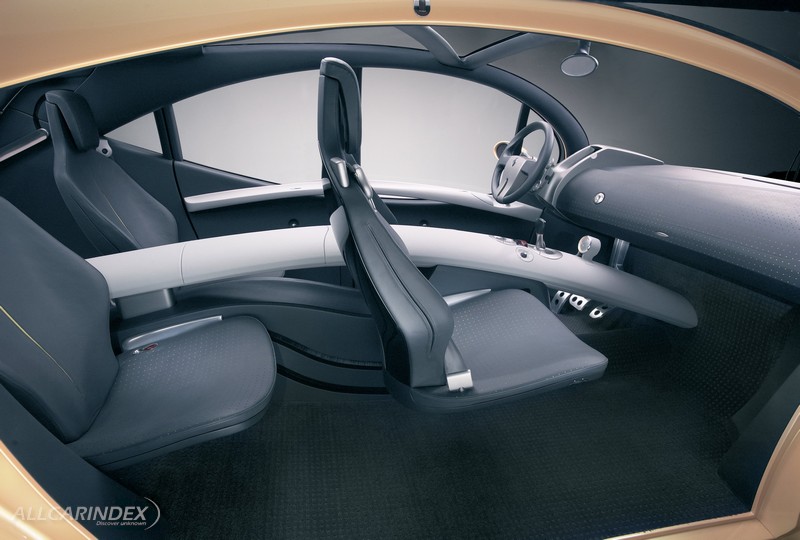 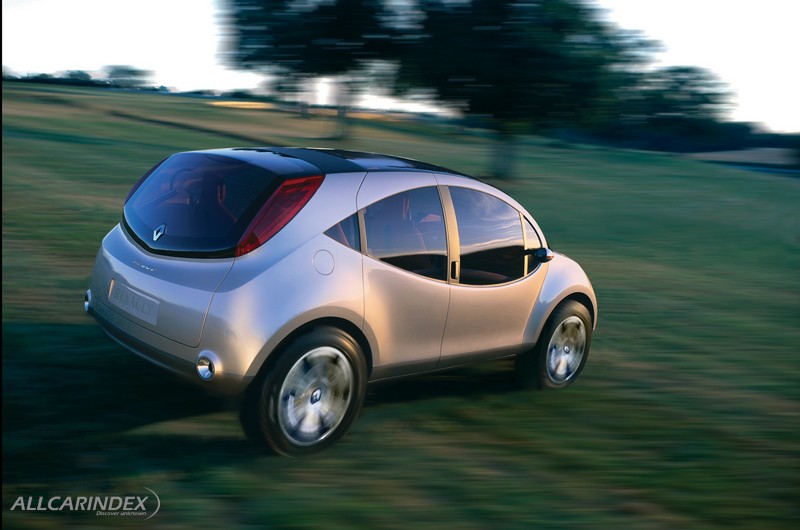 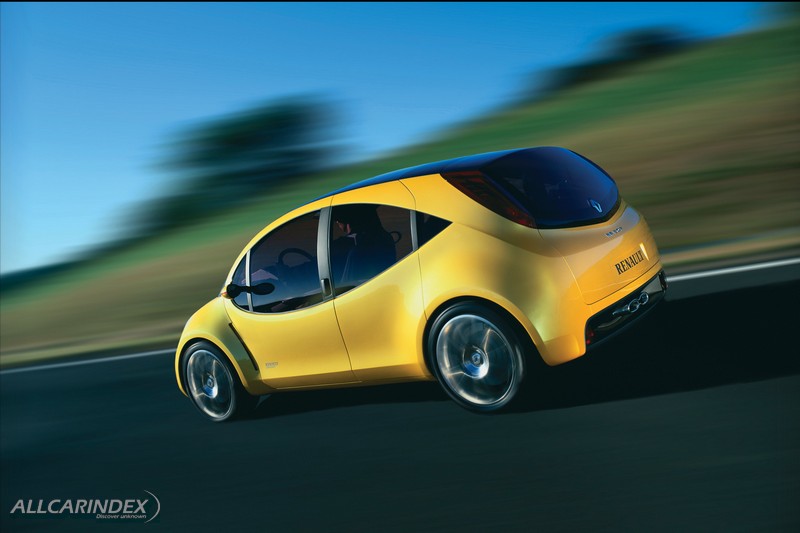 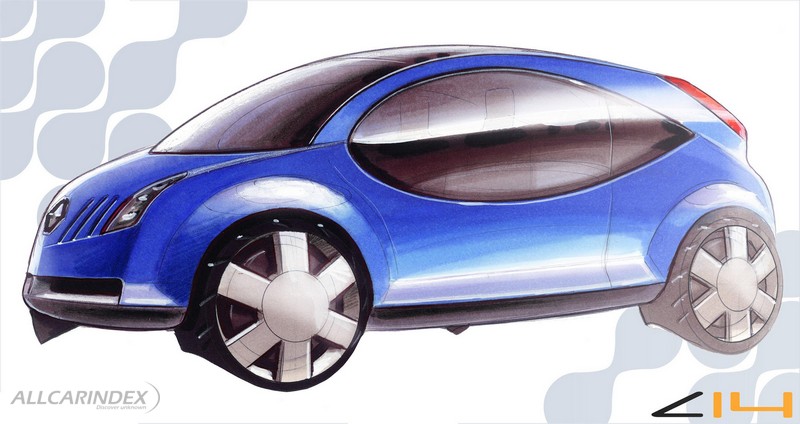 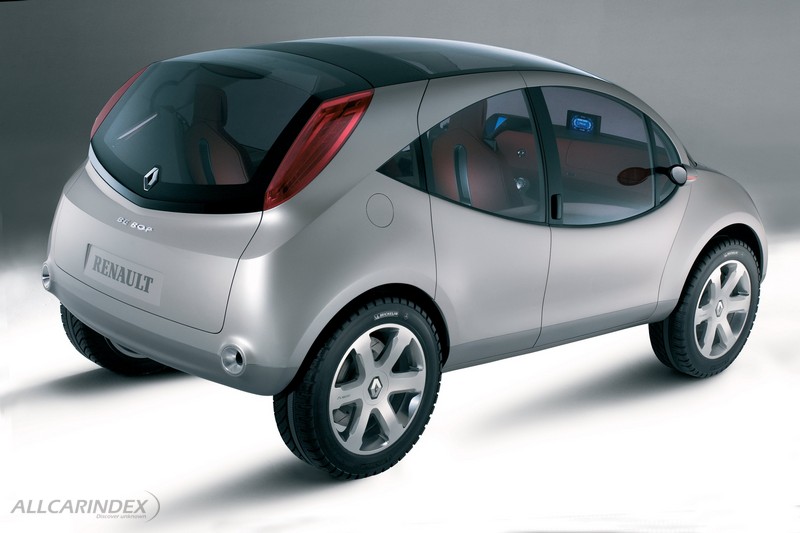 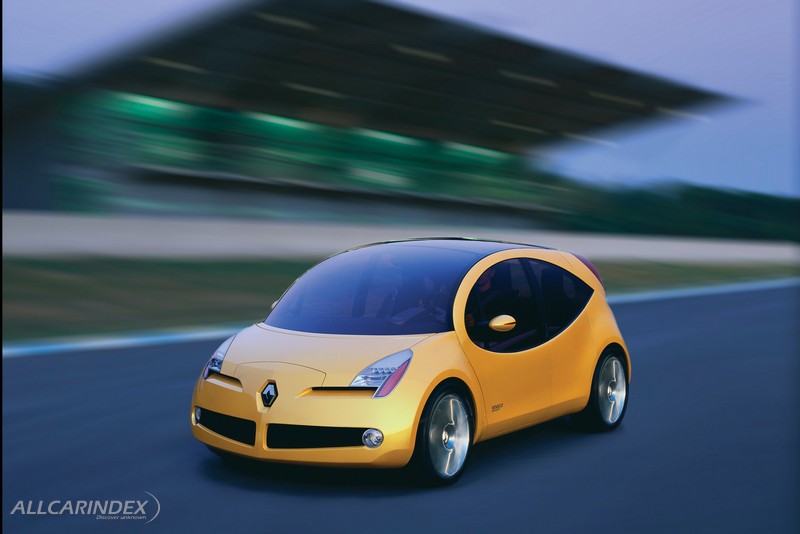 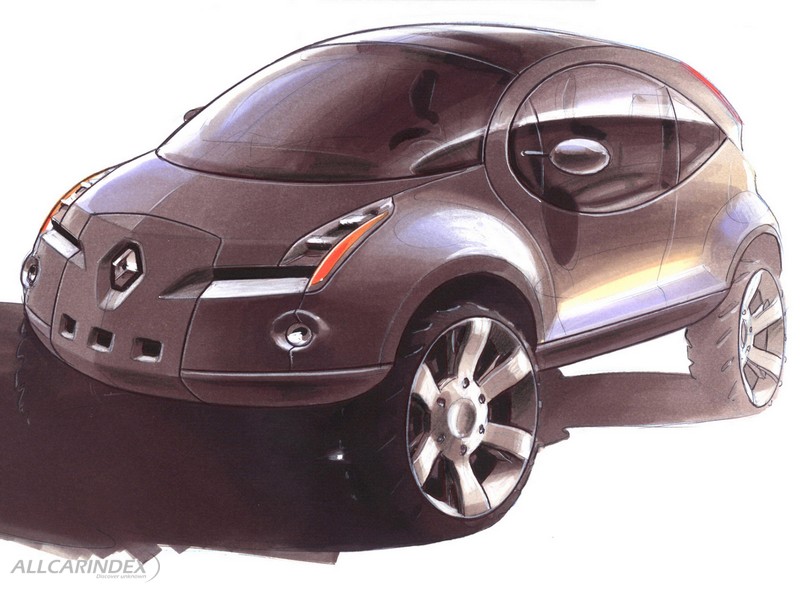 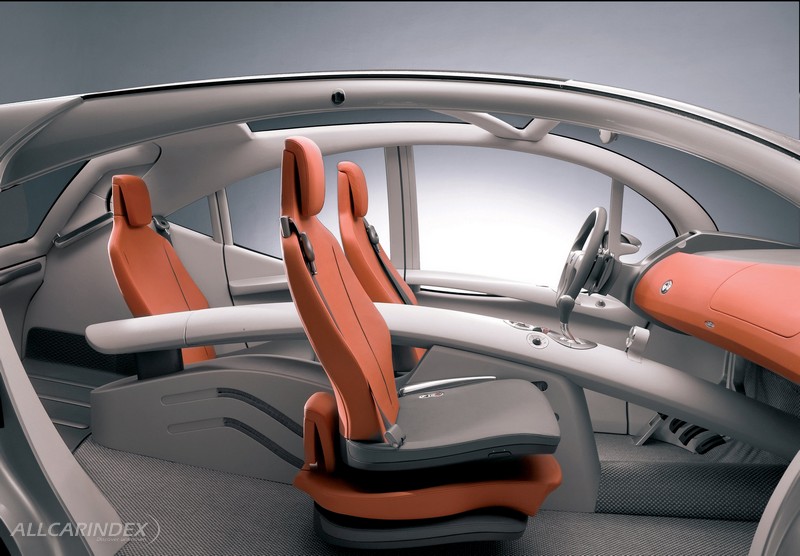 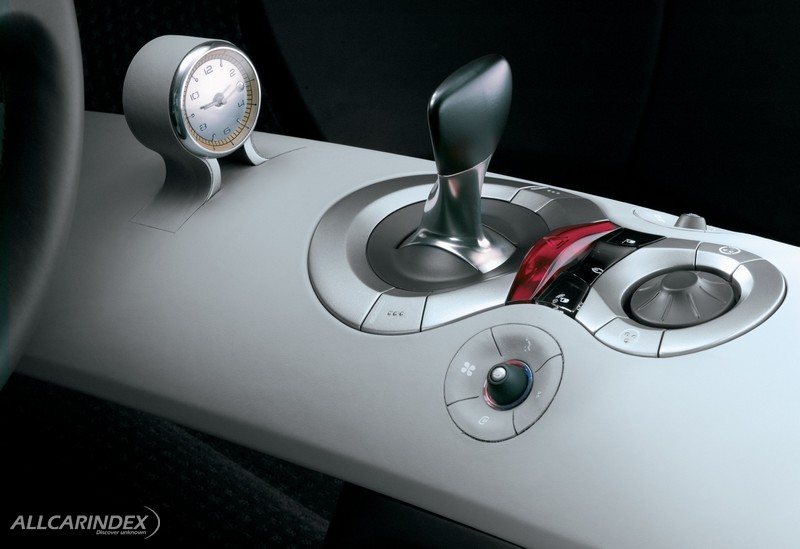 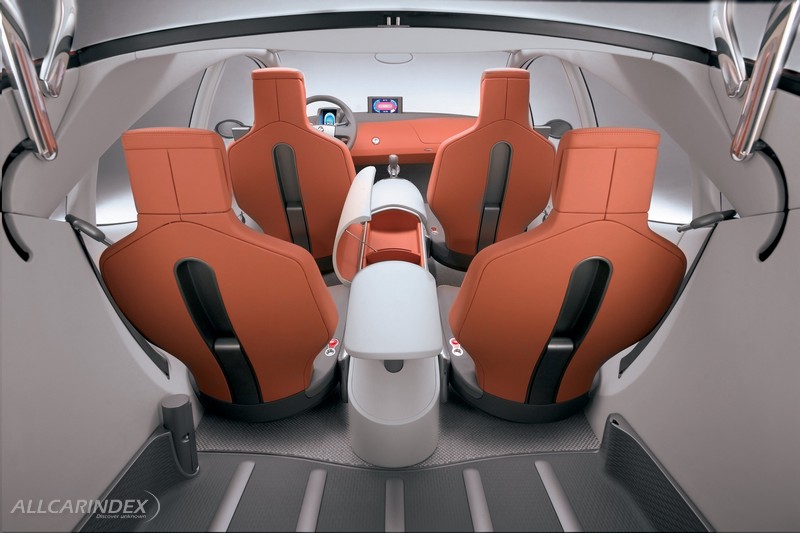 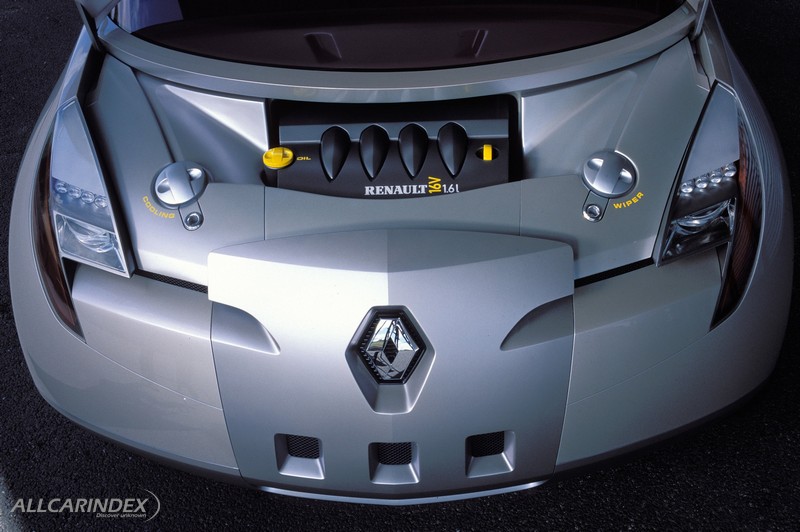 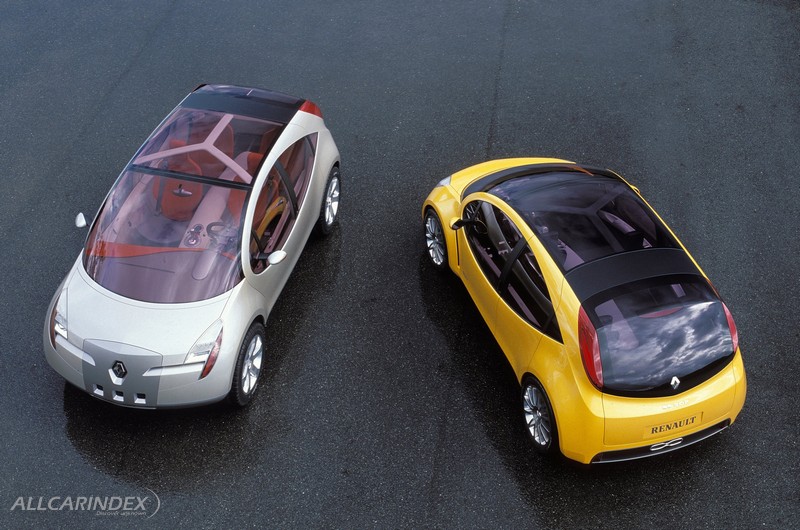 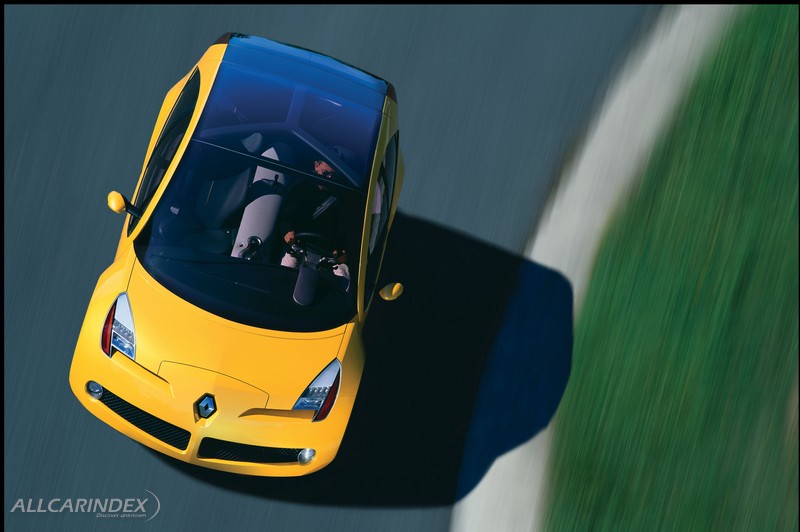 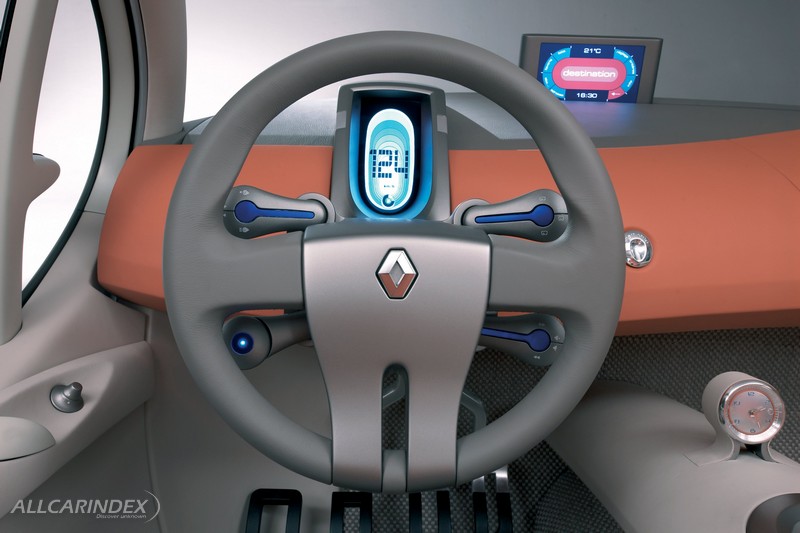 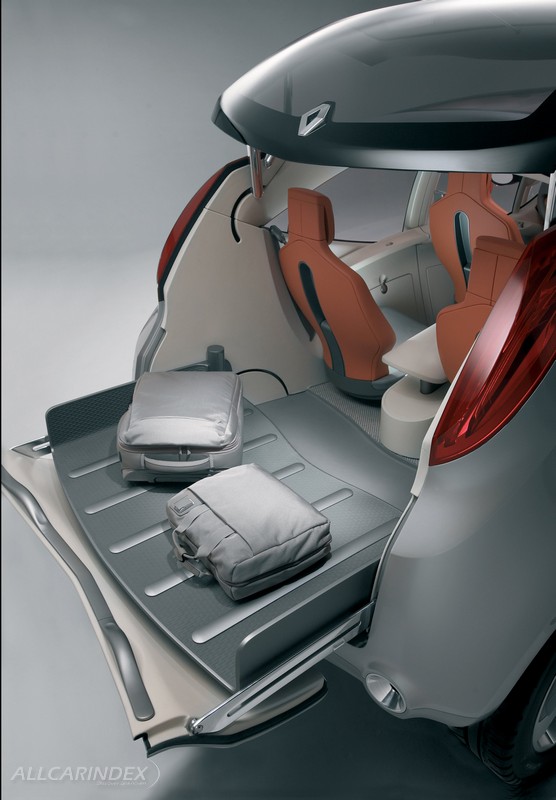 Be Bop and Be Bop – an original variation on the compact MPV theme Renault Design unveils Be Bop and Be Bop at the 2003 Frankfurt Motor Show. Two interpretations of the compact MPV theme, one is an all-terrain SUV and the other a sporting model under the Renault Sport brand. Be Bop and Be Bop combine rounded forms with structured lines for greater aerodynamic efficiency. Exceptional visibility and unique brightness characterize the cabin space, which can be configured in multiple ways to best suit occupants. The interior features numerous innovations, while the ergonomic Touch Design controls are intuitive.

Be Bop and Be Bop clearly belong to the Renault concept car family. Their pleasant “physique” resembles Ellypse while their profile has certain features in common with Koleos. Inside the cabin, the Touch Design concept introduced with Talisman comes into its own. “Both these vehicles follow on from our previous concept cars, illustrating inside and out a desire to take our signature design concept to its full expression through the notions of charm and sensuality,” explains Patrick le Quément, Senior Vice President of Renault Corporate Design.

An expressive design in a rounded package

Be Bop and Be Bop instantly seduce with their modern, rounded forms. From the side, these four-metre long cars stand out for their vast glazed surface. Reminiscent of a water droplet, their style suggests movement and aerodynamic sleekness. “The water droplet is a superb symbol of aerodynamic purity,” points out Michel Jardin, Director of Concept Car Design. Thanks to their softly rounded form, Be Bop and Be Bop provide a solution to the problem of MPVs, whose lack of aerodynamics has a negative impact on fuel consumption. The streamlined floorpan also helps boost aerodynamic efficiency.

Be Bop and Be Bop are one single flowing line. The shape of the front and rear wings communicates a friendly but also powerful air. Their curve is extended at the front by a panoramic windscreen that disappears into the immense glazed roof before dropping down to form the V-shaped rear window, resulting in the signature Renault rear end.

With over half their bodywork parts in common, Be Bop and Be Bop nevertheless have very different personalities.

Squarely positioned on its generous 21-inch PAX System wheels, Be Bop is a sport utility vehicle intended as much for city life as off-road driving. With its 210mm ground clearance and four-wheel drive, few obstacles stand in its way. Its “blue-tinted steel” exterior includes specific elements that show this SUV means business: at the front, the radiator grille includes a more mat protection zone while the highperformance lamps incorporate blue-tinted diodes for a high-tech aura. The rear lamps are shaped like flashes of light, while the double exhaust pipe fits neatly either side of the tailgate.

Another of Be Bop’s original features is the tailgate’s functional and aesthetic opening system. First, an electrical motor lifts the rear window above the roof. The lower part opens downwards while a shelf automatically slides forward to house luggage and parcels.

Be Bop is a sporting compact MPV whose bright yellow bodywork is characteristic of Renault Sport vehicles. All the front-end design features are specific, with flowing lines that prove sporty handling and soft forms can go together. The radiator grille adds to its sporty personality, as does its 225bhp 2-litre turbocharged engine.

A spacious and occupant-friendly interior

The two rear-hinged doors open to reveal an original and elegant interior. The eye is drawn to a central arch to which the seats are anchored. This frees up floor space to create an unprecedented sensation of spaciousness. This arch also forms a link between front and rear occupants to reinforce the interior’s friendly spirit. Two side arches stretch the length of the doors for passengers to rest their arms. The polished aluminium gearlever rises over the central arch, which houses all the other main controls such as heating, air-conditioning, navigation and music. A chromefinish clock sits at the end of the arch in full view of both passenger and driver.

Be Bop and Be Bop provide ample stowage space in the central tunnel, dashboard and doors.

Be Bop and Be Bop take the Touch Design concept – introduced with the Talisman concept car then further explored with Mégane II, Espace IV and Scénic II – to its highest level of expression so far. Like the steering wheel with its “hand print” motif, all the controls suggest their function and invite contact.

Be Bop and Be Bop are brimming with sophisticated but always discreet technology. Key information (speed, rev counter, etc.) is displayed on two superimposed LCD screens and in 3D for greater clarity. The rev counter is represented by coloured circles. Auxiliary information such as navigation, music, communication and Renault services is grouped together on a separate screen at dashboard height, and which can be folded down and can face the driver or passenger.

Both these concept cars’ interiors enjoy a distinctive colour scheme. With its slim seats, pale khaki and deep orange leather upholstery, and woven cotton flooring, the Be Bop SUV shows its warm personality. The panoramic windscreen and glass sunroof accentuate this by bathing the cabin in light.

Be Bop meanwhile adopts an interior that reflects its vocation. The slim black seats with reinforced sides are ideally adapted to sports driving, as are the gearlever and dials.