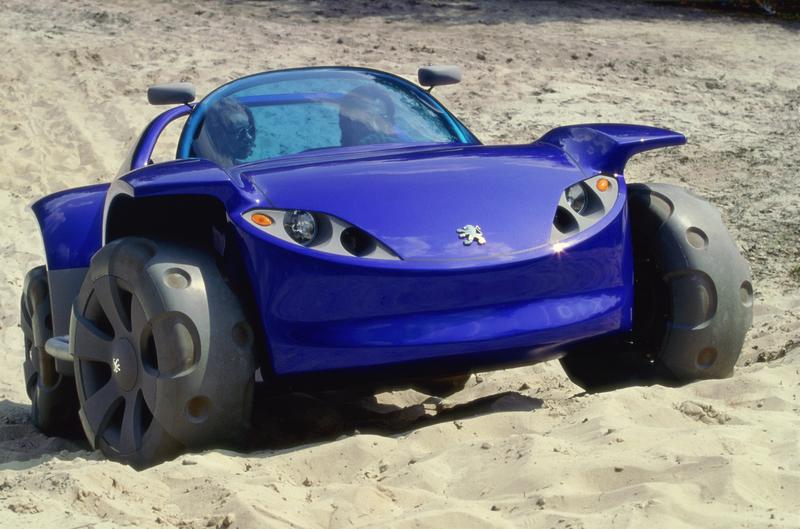 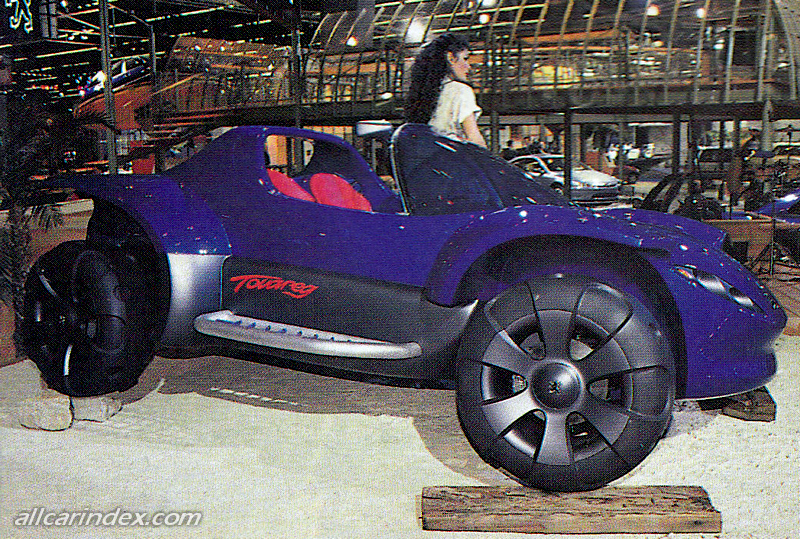 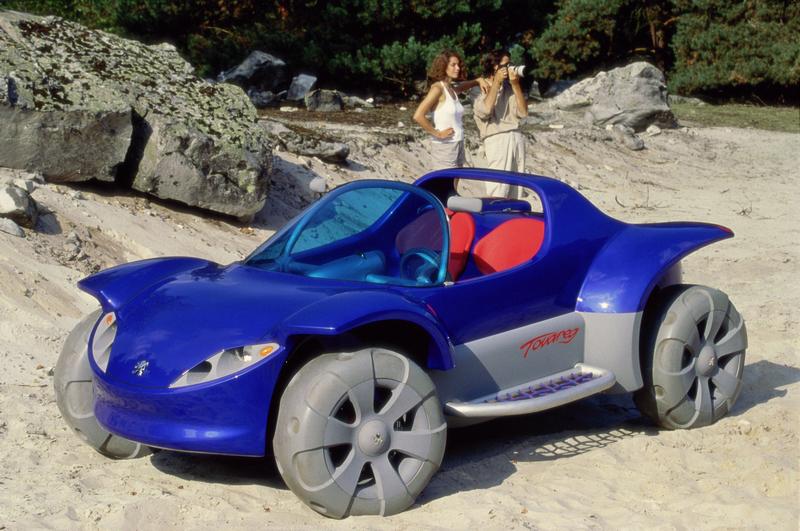 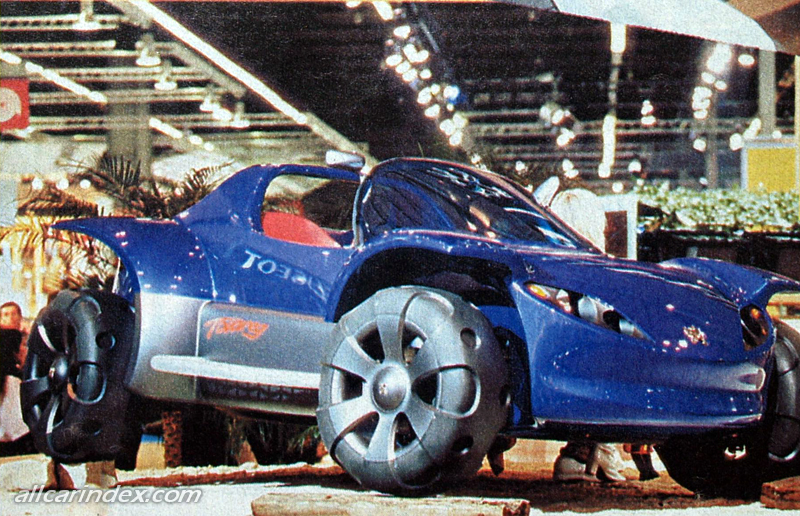 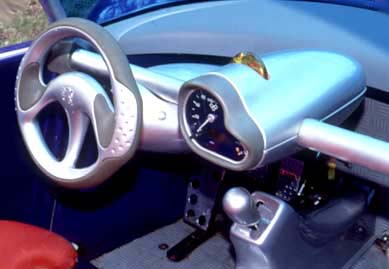 you travel through any terrain without polluting. It's open to the sky, a seamless blend of interior and exterior. The passenger compartment is housed in a carbon frame and a moulded plastic shell

With its electric engine, the Touareg manages to be both quiet and powerful. Its 18-inch wheels are particularly stunning, drawn from a single line, encompassing both tyre and rim, underscoring the originality of a vehicle from another world...

The Touareg has a small internal combustion engine equipped with an alternator: the Range Extender. This is in fact a small generating unit which enables the batteries to be charged with a small reserve of petrol and thus increasing the vehicle's autonomy.

The tyres are another original aspect of the Touareg. The idea at the outset was to harmonise the tyres and the rims. A pattern that starts on the rim continues onto the tyre, thus giving the impression of a single element. The result is something really attractive, resembling a flower or plant.

What is more, these wheels are what intrigue people the most when they discover the Touareg for the first time. When it was presented at the Paris motor show, nobody thought they were real. This lead to the tyres being dotted with fingernail marks caused by the visitors testing for themselves whether or not they were indeed made of rubber.

As regards the style, one of the Touareg's important themes is the continuity between what is on the inside and what is on the outside. The colour of the bodywork continues between the two seats, as if following on from the outside of the vehicle. The Touareg is not closed. It has no roof and the interior and exterior come together to form a single element. The seats, like the bodywork, are made of plastic and can be washed with a water jet.

The Touareg was presented to journalists from all over Europe over a period of two weeks. Every day, ten or so of them enjoyed an excursion through the woods in the vehicle. The Peugeot teams worked with very high-performance prototype batteries "Made in Japan", but these were not quite fine-tuned. Every night, you could witness the same scenario as the batteries which had melted during the day had to be changed. The Touareg was being driven all day long and consumed and generated huge amounts of electric current on uphill and downhill slopes. Therefore, as soon as a rather bad smell began to make its presence felt, the car was rushed back to base to drop the journalists off and replace the defective batteries.

The electrically-powered 4x4 : a concept which comes naturally!

With this concept car, Peugeot's engineers and designers wanted an electrically-powered off-road vehicle, which is fun and easy to use. The Touareg is the proof that combining electrical power with getting around in natural environments is the quintessence of driving pleasure.

The first reason behind this statement is the silence peculiar to electric vehicles. The second reason is a purely technical one; namely that the electric engine has a torque which is available immediately, enabling the limits of manoeuvrability to be pushed even further back. Lastly, since the electrical drive engine does not have a clutch, it is extremely easy to drive. You merely press down on the accelerator to make the vehicle go forward. The Touareg is ideal for enjoying driving around in your off-road vehicle, in perfect harmony with nature and not causing any pollution. It is an entirely electric buggy for the third millennium.

Like Peugeot's other concepts cars, the Touareg is a genuine driveable vehicle. Its originality lies in the fact that it was put together on the basis of a 1/5 scale model made by the designer which already included all the details of the future vehicle. The engineers tried to render all the ideas in the model, even the most original ones and take the designer's ideas through to their logical conclusion. The Touareg was made within six months, at the same time as the Asphalte, and both were developed with compactness in mind.

The engine functions as a generator producing electricity, which is stored in the batteries. But the Touareg is also a high-performance vehicle. Its qualities showed up during a back-to-back test with a conventional 4x4, which found it hard to keep up !