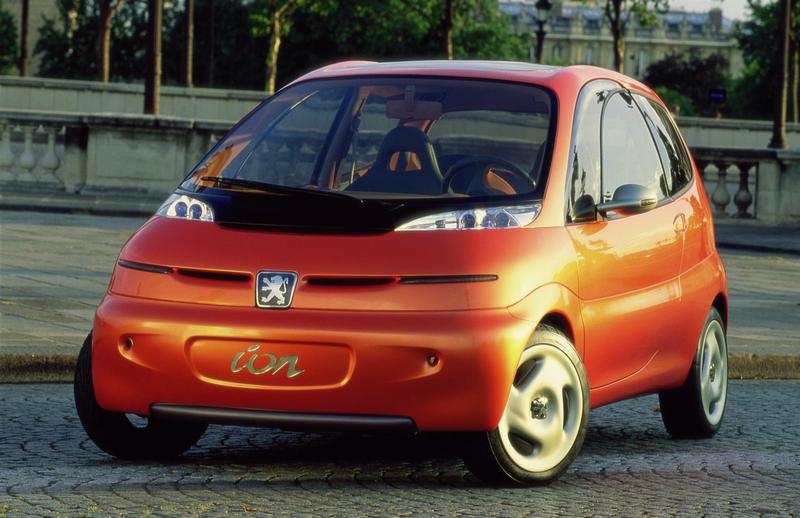 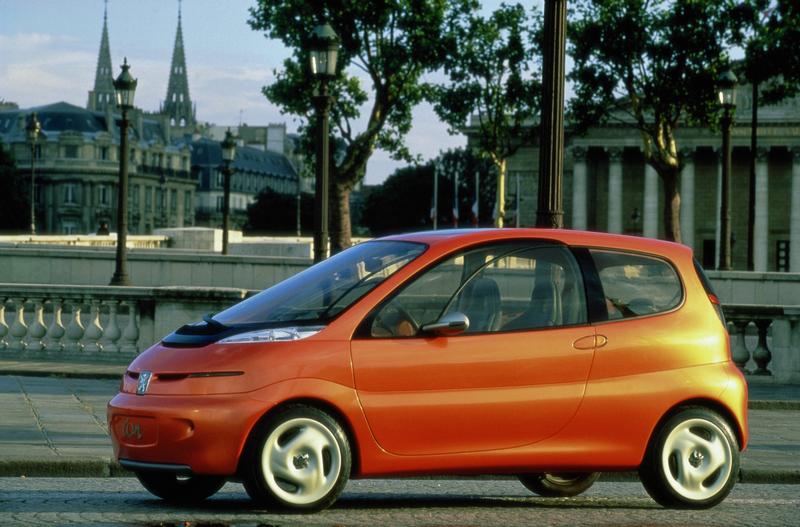 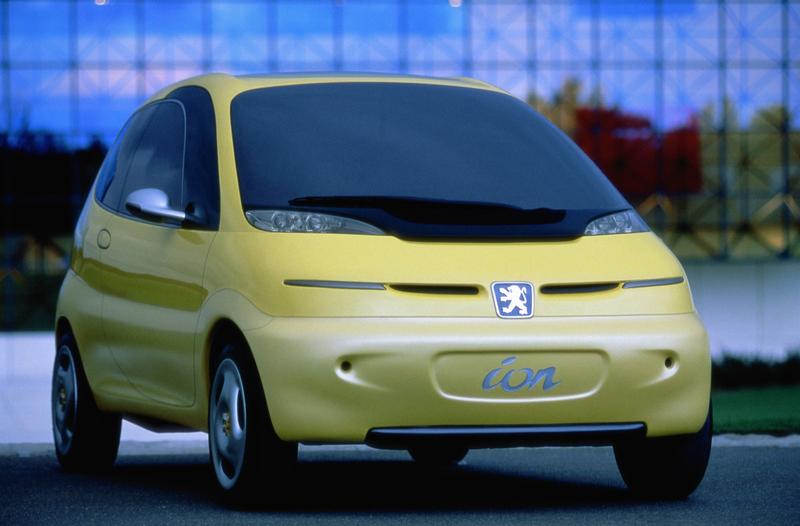 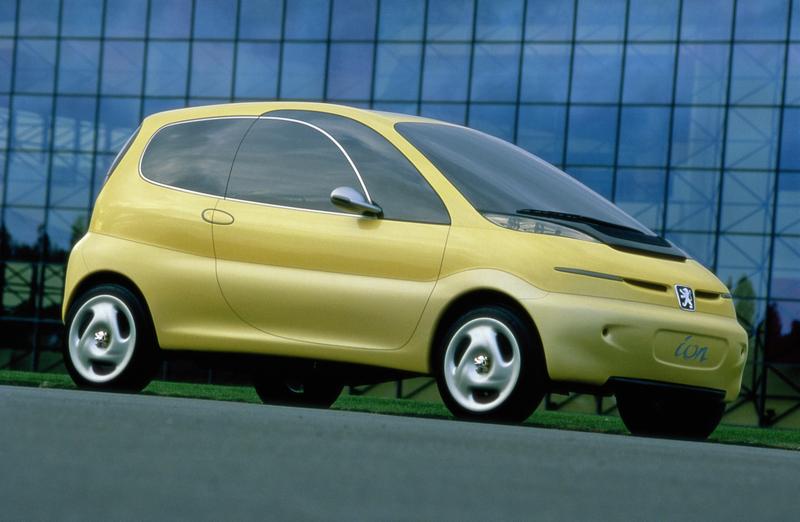 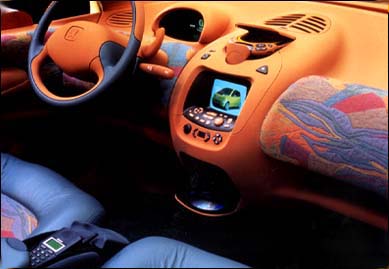 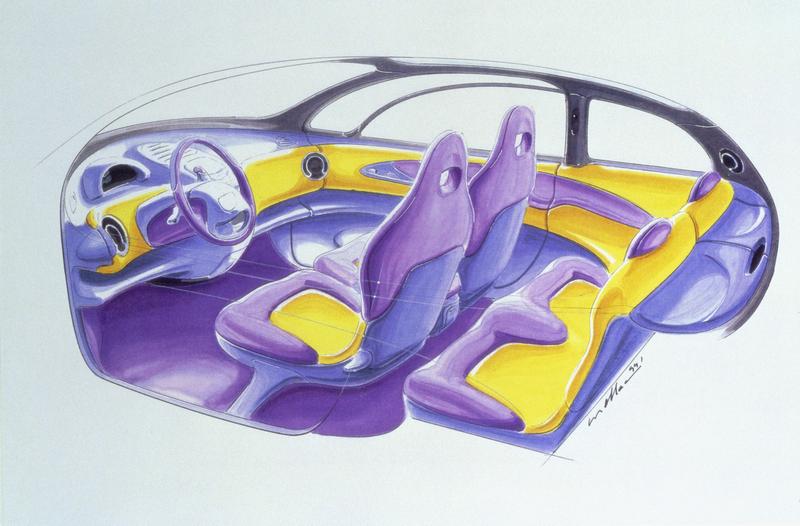 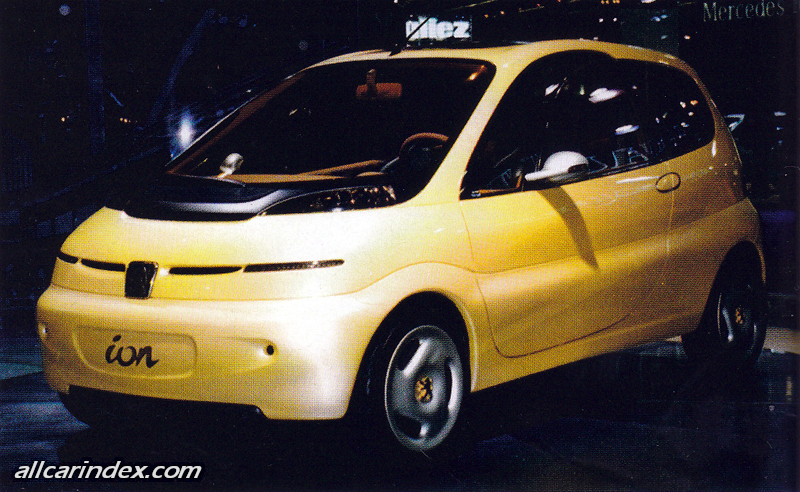 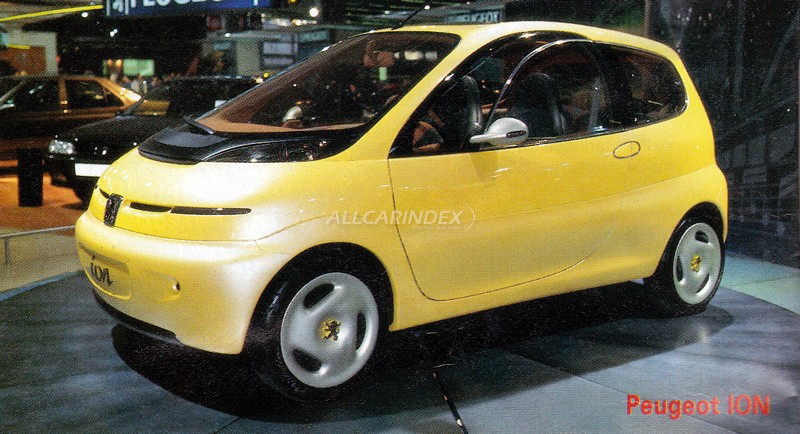 When it was unveiled at the Mondial de l'Automobile in 1994, the ion , Peugeot's small electrically-powered MPV, immediately became a favourite of both connoisseurs of high technology and lovers of automobile style.

With wheels positioned at the four corners of the chassis, the silent and clean ion is extremely agile and perfectly suited to city center drinving and nipping through even the narrowest streets.

With its distinctive pale yellow livery and extensive glazed surface that includes the roof, the ion was, as the time of its launch, the fruit of years of research at Peugeot into the develpment of a mass produced electric car.

The ion was designed specifically for city driving, and in 1994 already offered levels of comfort and options that are rarely equalled even in 2000. No efforts were spared in making life in board as comfortable and easy as possible; from the remote-controlled ignition, to the CD player, hands-free telephone, LCD readouts and docking station for video games.

The amusing and modular ambience of the car is also enhanced by a careful choise of materials and colors. Life on board is so pleasant, that drivers and passengers alike prefer to stay in the car rather than get out!

One of challenges that faced the ion's designers was to provide easy access to a vehicle that can be parked just about anywhere, including in the smallest spaces. Deploying their wealth of ideas, the Peugeot engineers developed a unique opening system for the car doors. Using inclined hinges, the upper part of the vehicle can be opened with greater ease and at greater speed than on any conventional vehicle.

And the doors can be opened without having to operate any mechanical systems. Simply leaning on a sensitive area in the rear wing of the car, which can be lit up in the dark, is enough. So even when their hands are full of shopping, drivers and passengers alike can open the doors with their hips or elbows instead of having to fiddle around with keys and locks.