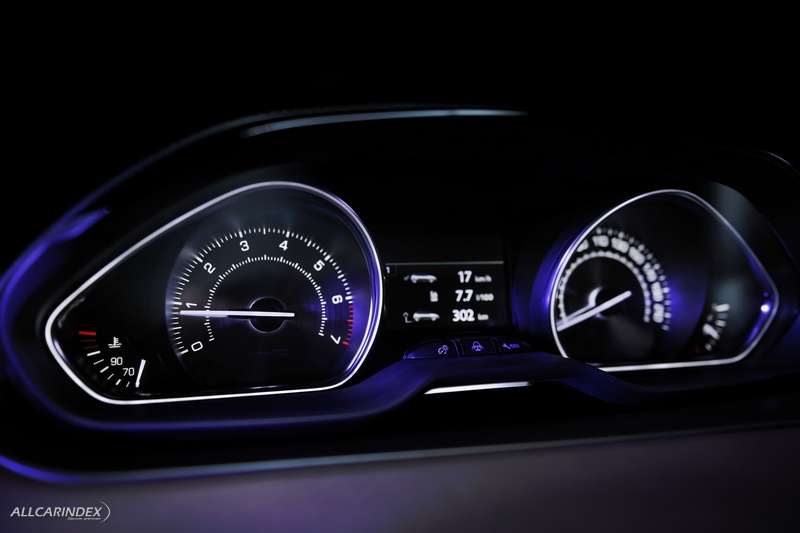 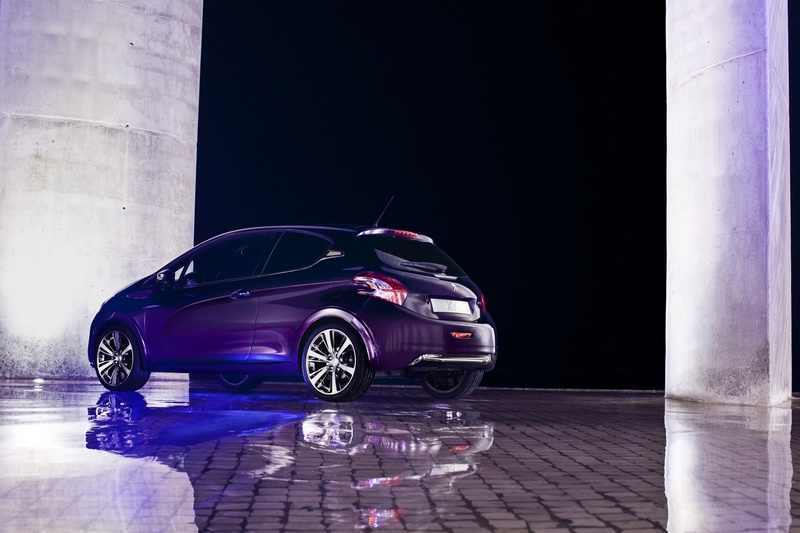 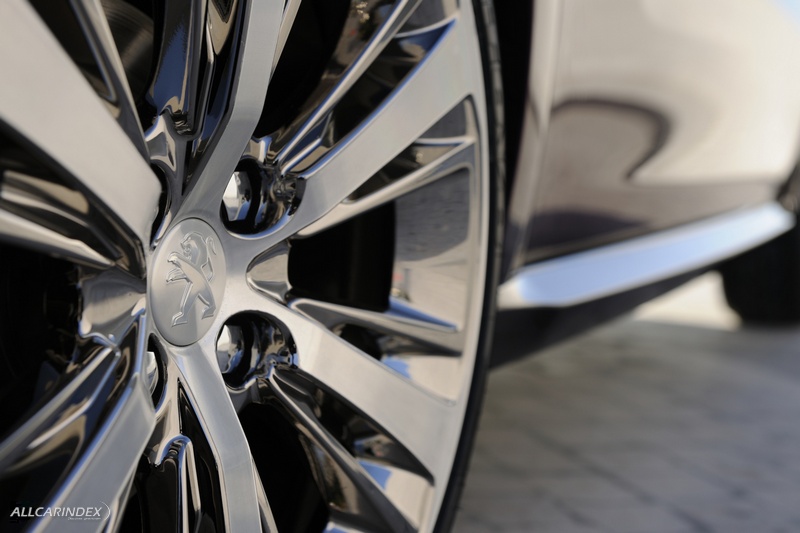 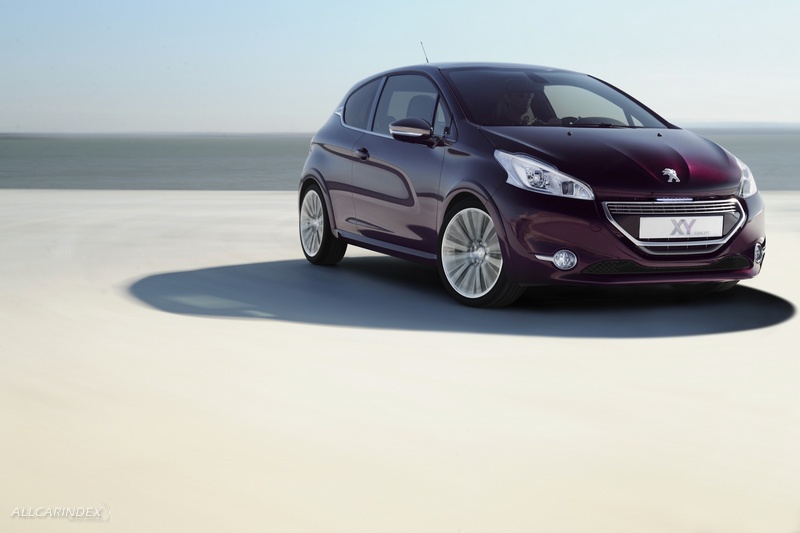 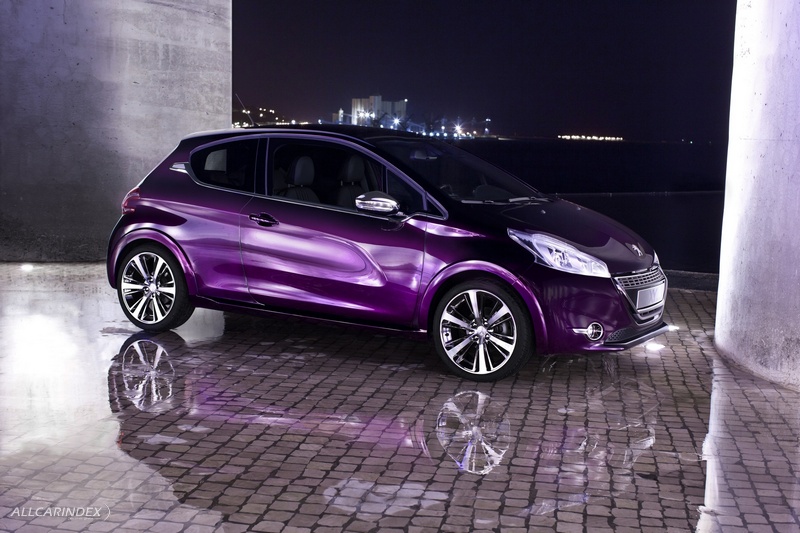 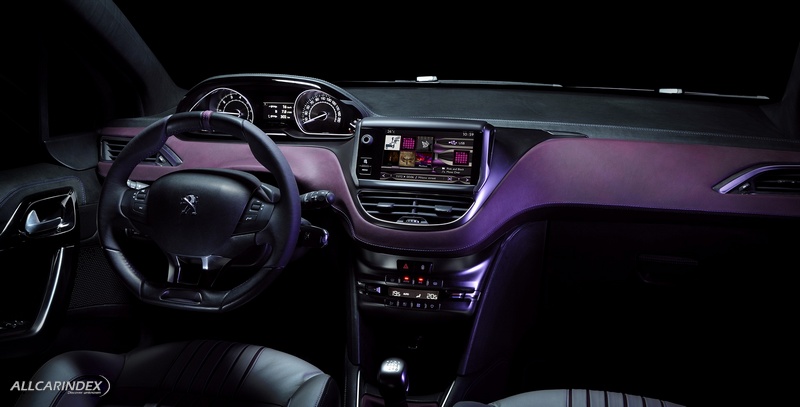 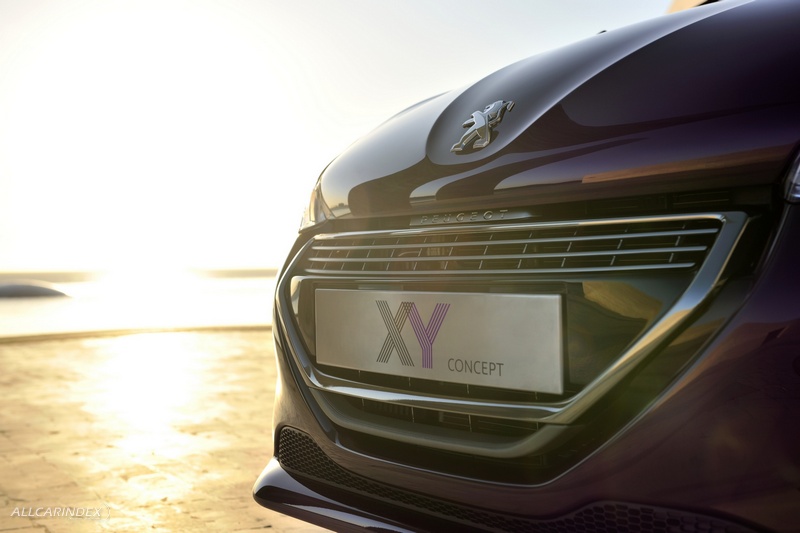 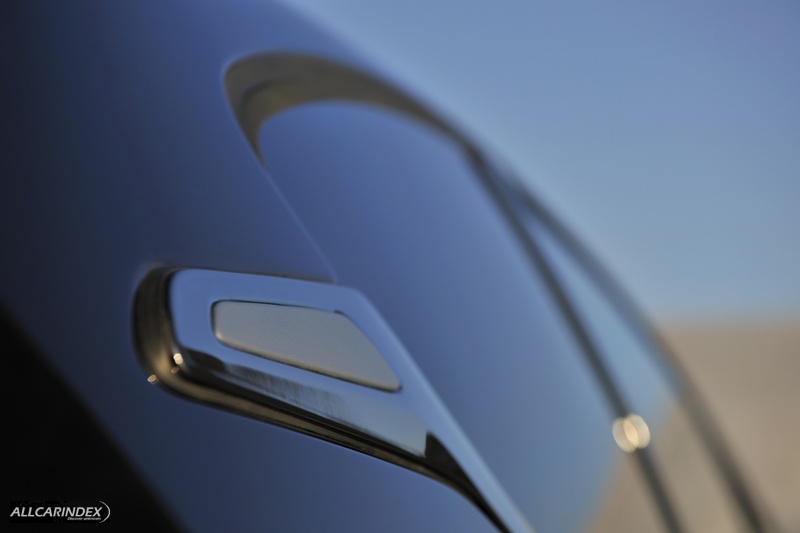 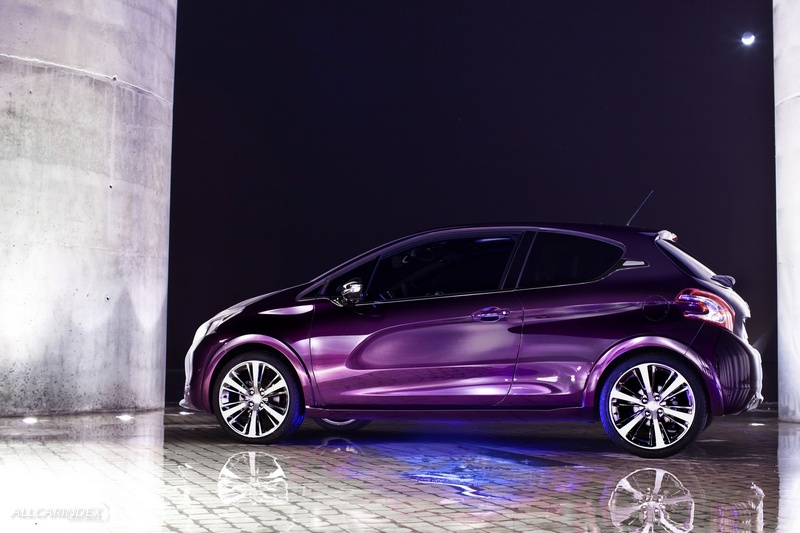 XY Concept, exclusive and urban GTi Concept, the re-generation of a legend

Peugeot is revealing two concept cars in Geneva, the XY Concept and the GTi Concept, which present two expressions of the Marque’s upmarket trend, in the “supermini” segment. These concept cars interpret the generation leap already defined by the 208 in different contexts. The XY Concept is intended for city dwellers who love distinction and refinement, whereas the GTi Concept re-generates a legend.

The XY Concept and GTi Concept show off exclusive and sophisticated colours and news ways of working with materials.

Introduced on the 208 and particularly charismatic, their front face sees the light signature of the lamps refined by their Full-LED functions and a flat-guide latest generation light guide. A prominent expression visible both day and night!

Using the same Full-LED technology, the front direction indicators surround the main beam headlamps giving these concept cars the impression of having an iris. Rich yet also light, the internal headlamp units are rectangular and, on the main beams, the floating trim suggests a feline pupil… a technological and precise expression that is dear to the Marque!

This precision continues with the perfect integration of style components in the bodywork. The wheel arches are fitted with wing extenders and the bodywork with body sills, which hug the wheels.

Powered by the 1.6 l e-HDi, developing 84 kW (115 hp) and equipped with a 6-speed manual gearbox the XY Concept transports its occupants in a refined environment, the signature colour of which is crimson, adorning both the bodywork and the passenger compartment.

Clothed in the Pulsion shade, the XY Concept appears to change constantly, depending on the distance and the position from which it is viewed. This ability to transform is the result of an exclusive method, based on the very precise application of sixteen coats of paint and varnish.

On board, the driver takes his place in a pearly grey leather seat with a backrest this is pleated. This relief effect is obtained using five metal rings, which pinch and tauten the material. The precision in the working of the material continues with an exclusive steering wheel in leather, with crimson microstripes and a chrome insert in the lower section. Bathed in the natural light provided by the panoramic glass roof, with white ambiance lighting, the finishing touches to the interior add a “gunmetal” aesthetic treatment to the door crossbars, steering wheel decorations and vent trims.

The passenger compartment is not just refined; its ergonomics ensure the driver is fully in tune with his car. Without having to take his eyes off the road, he discovers an elevated instrument panel, the counters of which have a brushed aluminium background and surrounds backlit by white LEDs. With his fingertips, or using the steering wheel controls, he is able to use the large touch screen to listen to his favourite songs streamed from his telephone on which they are stored or to choose the right route… Magic!

Riding on exclusive 18” wheels, combining dual-effect and precise spokes, the XY Concept communicates its chic character on the exterior through its Pulsion colour and numerous special details. A unique coloured chrome adorns the panoramic glass roof trim, the window bases and the quarter panel trim, whereas the lower bar of the grille is trimmed in metallic leather with double stitching. Furthermore, the grille is enriched with a three horizontal chrome bars, overhanging the black lacquered beam.

GTi Concept, the re-generation of a legend

The first sensations are visual; they are revealed as soon as the GTi Concept is discovered. Striking red paintwork, rich and very deep, with black reflections, adorns the entire body. Moving a little closer, the bonnet and roof unveil their secret: a web in check motif has slipped under the multiple layers of paint and varnish!

Directly inspired by the flag known to all motor sports enthusiasts, this motif also embellishes the metal mesh of the grille, the lower bar of which proudly affirms its origins by displaying the French flag.

With their black lacquered colour, the grille beam and the lower skirt of the rear bumper are highlighted by an affirmed contrast.

Splashes of red tie in the exterior and the interior of the GTi Concept. Diamond cut and varnished, the 18” wheel rims are also embellished with red, as is the chromed double exhaust tailpipe, on its inner faces, and the hollow lettering of the Marque on the grille… without forgetting the “GTi Concept” logo in brushed aluminium, affixed on the quarter panels as a reminder of its illustrious predecessor the legendary 205 GTi.

In the passenger compartment, the stitching and the centre mark of the leather steering wheel in a sports design, the sides of the gear lever, the double stitching of the seats and the LED backlighting of the surrounds of the very technological counters all create a resolutely sporty ambiance by combining with red.

Installed in a seat with different material seat – Nappa leather on the outer section, cloth central section with an embossed tartan motif, leather head restraint – the driver takes in his hands a steering wheel with a pronounced lower flat section, bearing the “GTi Concept” logo set in the aluminium ring. Furthermore, the rim of the steering wheel is covered with red perforations, taking up the check motif.

To perfect this sporty atmosphere, the dashboard capping is in alcantara with grey stitching, whereas the roof is entirely black and the pedal bracket is aluminium. Finally, the dashboard strip and the vents combine the red and the black in a subtle gradation, whereas the check web also adorns the aluminium door crossbars.

The GTi Concept could only be fitted with one engine, that from the RCZ THP 200. Combined with a 6-speed manual gearbox, the 1.6 l THP engine puts its driver at the controls of a machine creating previously unknown sensations, renewed thanks to an extensively reviewed instruments and controls.

Thanks to the small steering wheel, the driver is at one with his vehicle and always sets it on the right course, without taking his eyes off the road. In fact, in his line of sight, the information is provided by the elevated instrument panel the dials of which have a brushed aluminium background and very precise graduations. One glance is all it takes!

Taking full advantage of the compactness and lightness, the roadholding is excellent and precise. It is the result of a chassis with tracks that have been widened by 36 mm at the front and at the rear, as well as a sports spoiler echoing the forms of the roof and providing the down force necessary. For optimum braking distances, the GTi Concept is equipped with four discs, of a diameter of 302 mm at the front and 249 mm at the rear, clamped by calipers that are also painted red.