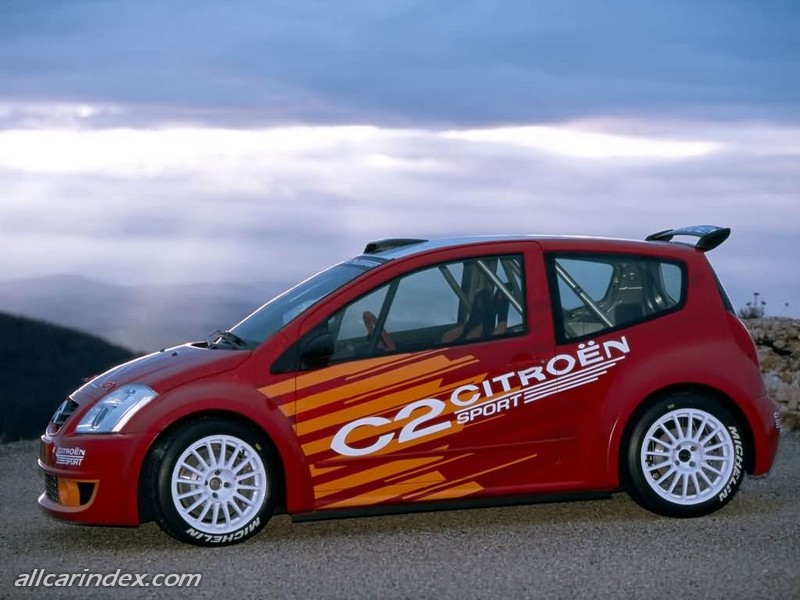 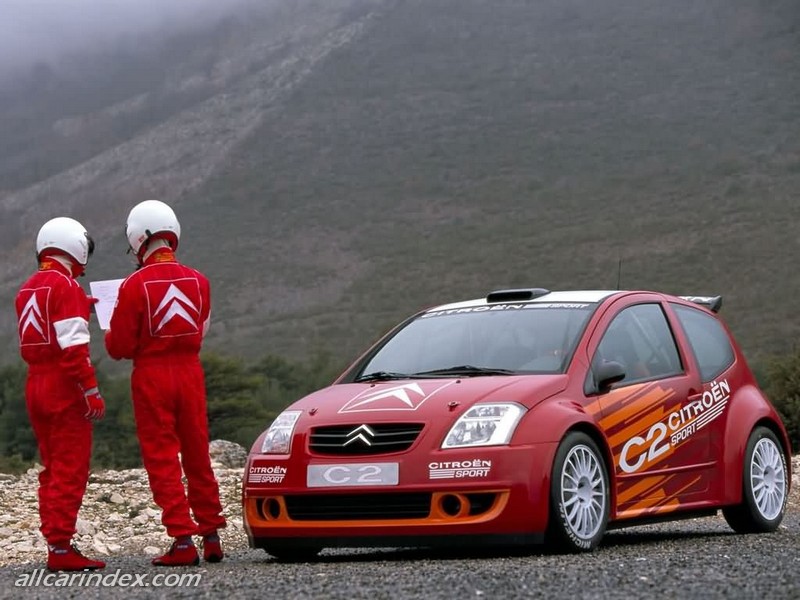 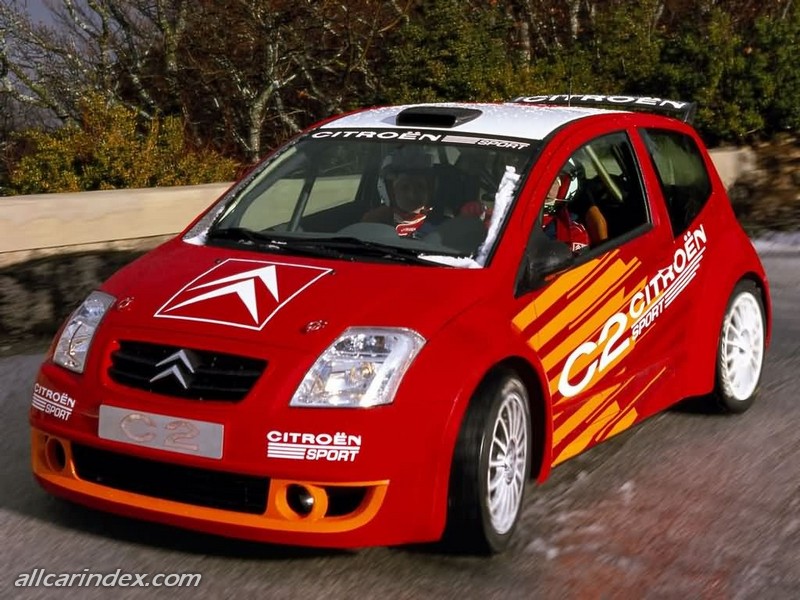 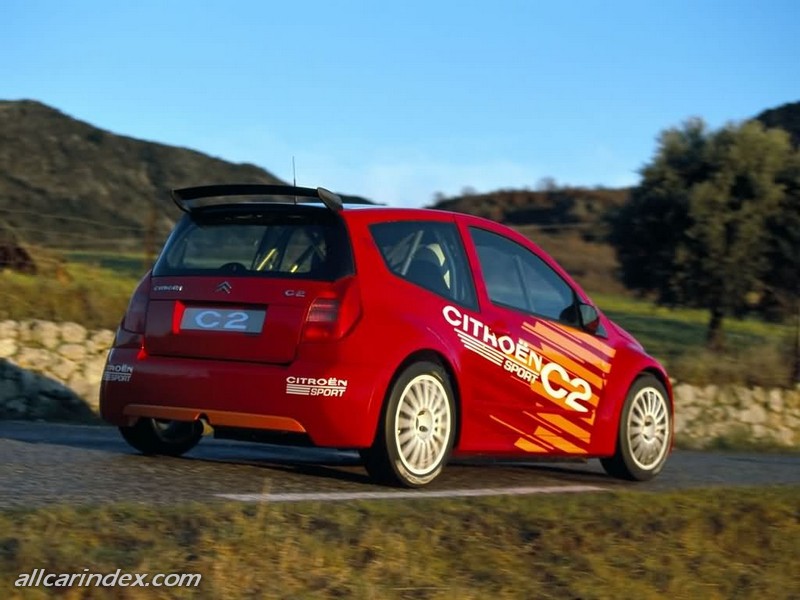 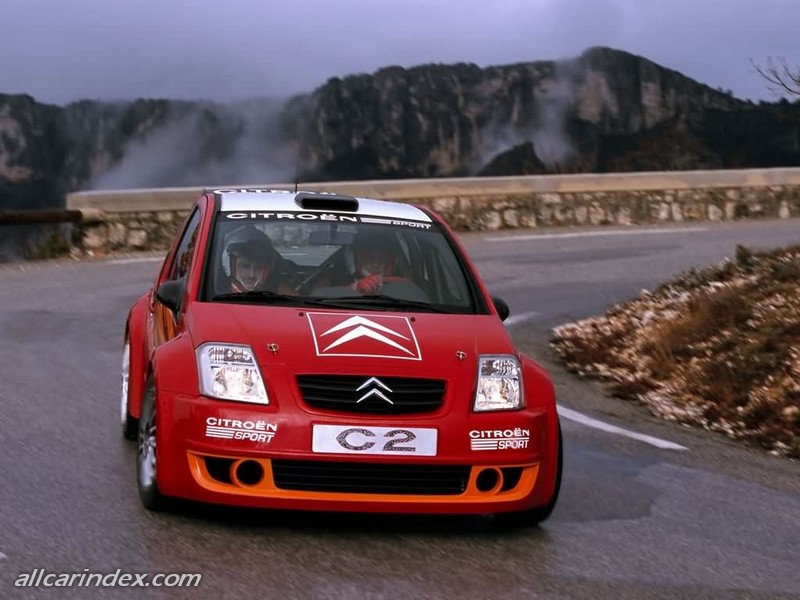 With the unveiling in 2003 of C2 Citroën Sport at the 73rd Geneva Motor Show, Citroën is clearly demonstrating a long-term commitment to motor sports. After a build-up of several years, with particularly fruitful and rewarding results in recent sporting events, Citroën decided to combine the vitality of its concept car department with the know-how of Citroën Sport to express a futuristic vision of motor sports. The result: the C2 Citroën Sport concept car.

Following a string of victories claimed by the Xsara Kit Car, the Xsara T4 and – today – the Xsara WRC, Citroën is taking part in all the events of this year’s World Rally Championship (WRC) for the first time in its history.

Citroën began its worldwide campaign on a high note by securing the first three places in the first event of the season – the Monte Carlo Rally – with the Xsara WRC. A historic hat-trick won by Sébastien Loeb / Daniel Elena, Colin McRae / Derek Ringer, and Carlos Sainz / Marc Marti

In 2002, Citroën had already made its mark in a host of international and national championships.

Citroën enjoyed success in the Junior World Rally Championship, with the title won by Spain’s Dani Sola and his Saxo Super 1600, and the second and third places secured by Italy’s Andrea Dallavilla and Finland’s Janne Tuohino, through which Citroën was able to dominate the final podium of this discipline.

The Marque won more laurels in Spain, where it came first in the national rally championship – drivers’ and manufacturers’ categories – with Jesús Puras and the Xsara WRC, and in rallycross, where Kenneth Hanson won his 10th European Championship title at the wheel of his Xsara.

In the national championships, 2002 was a great year for Citroën teams driving the Saxo Super 1600, as illustrated by the various championship titles won in Germany, Belgium, Hungary and Portugal.

Citroën views rally racing as a “human adventure”. Racing brings the brand closer to the public, for whom motor sports, looking beyond questions of pure performance, represent a world of excitement and fascination!

Citroën’s sporting policy is based first and foremost on a human commitment. The idea is to provide a career track for promising young drivers: to identify talented participants in the promotional formulas, bring them up through the ranks with the Junior WRC and – ultimately – give them their chance in the WRC.

This is the case of Sébastien Loeb, who was noticed by Guy Fréquelin, the head of Citroën Sport, in the brand’s promotional formulas. Since then, Sébastien Loeb has climbed the ranks of the global hierarchy in record time. After winning the Junior WRC in 2001 with the Saxo Super 1600, he got the chance to drive the Xsara WRC – in tests and then in a WRC rally – at the end of 2001. He rose to the top with amazing speed!

For all young drivers who dream of following in the steps of Sébastien Loeb, the C2 Citroen Sport concept car also seeks to convey the idea of a human adventure, this being a key component of the brand’s sporting policy.

When it comes to sporting values, Citroën is also strong attached to its various promotion formulas (Saxo Rally Challenge, Saxo T4 Trophy, Saxo Rallycross Challenge and Saxo Super 1600 Trophy), a fertile breeding ground of new talent. This is true not only in France, but also in other countries, where Citroën is represented by its subsidiaries and/or importers.

In terms of looks, the striking style of C2 Citroën Sport expresses intense driving sensations combined with quality of build: power and performance.

For sports enthusiasts, the exterior styling of this concept car will immediately bring to mind visions of sliding, acceleration and braking, backed up by the absolute control of a well-balanced car.