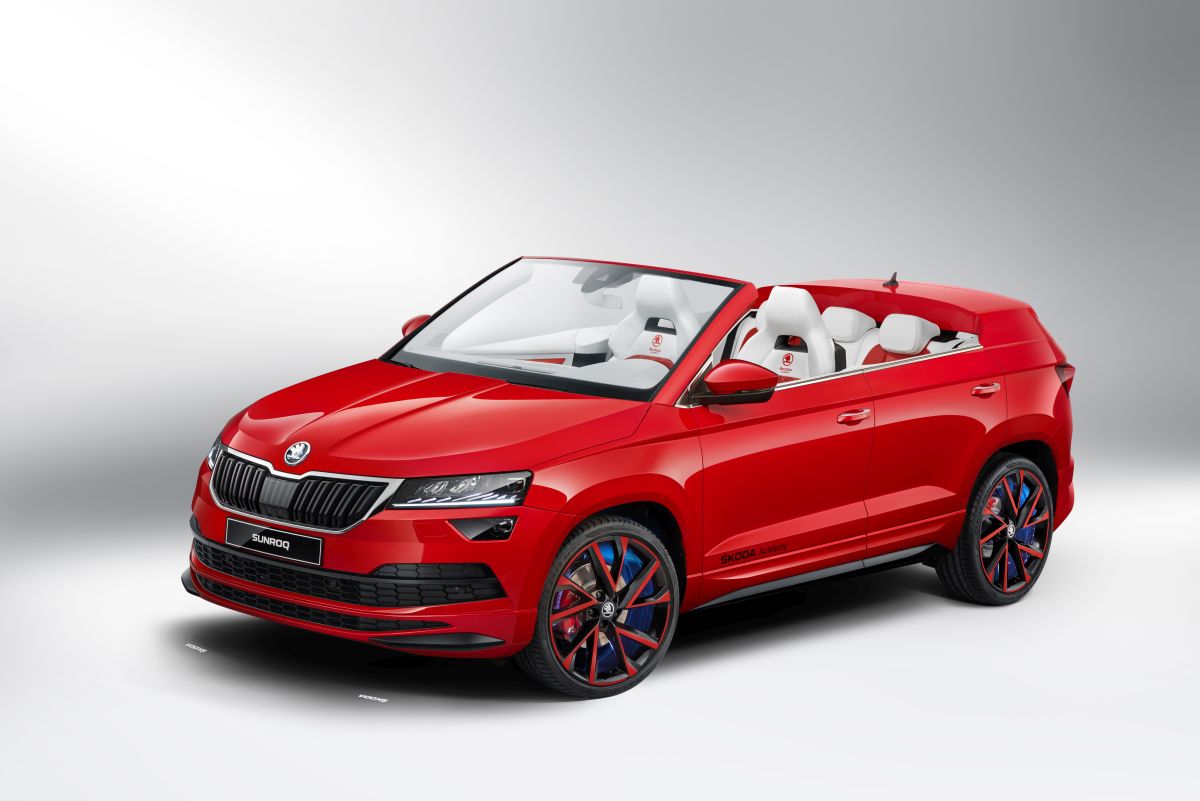 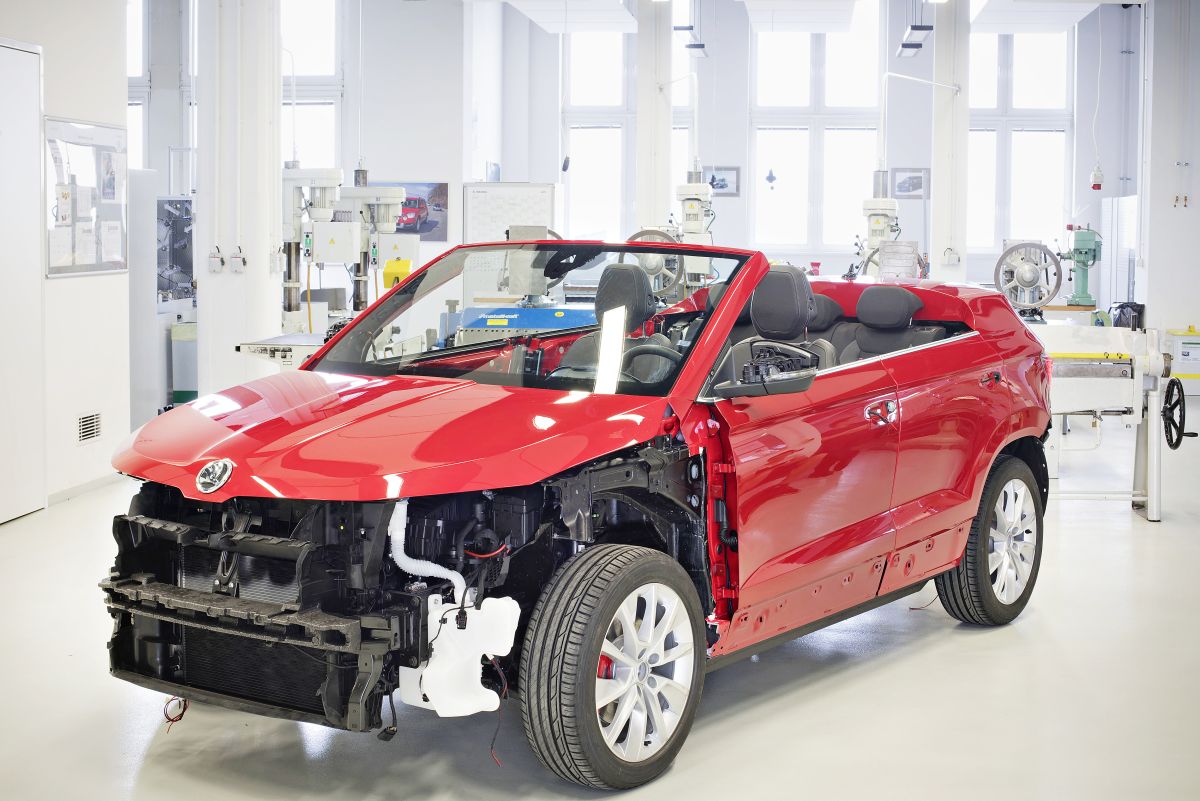 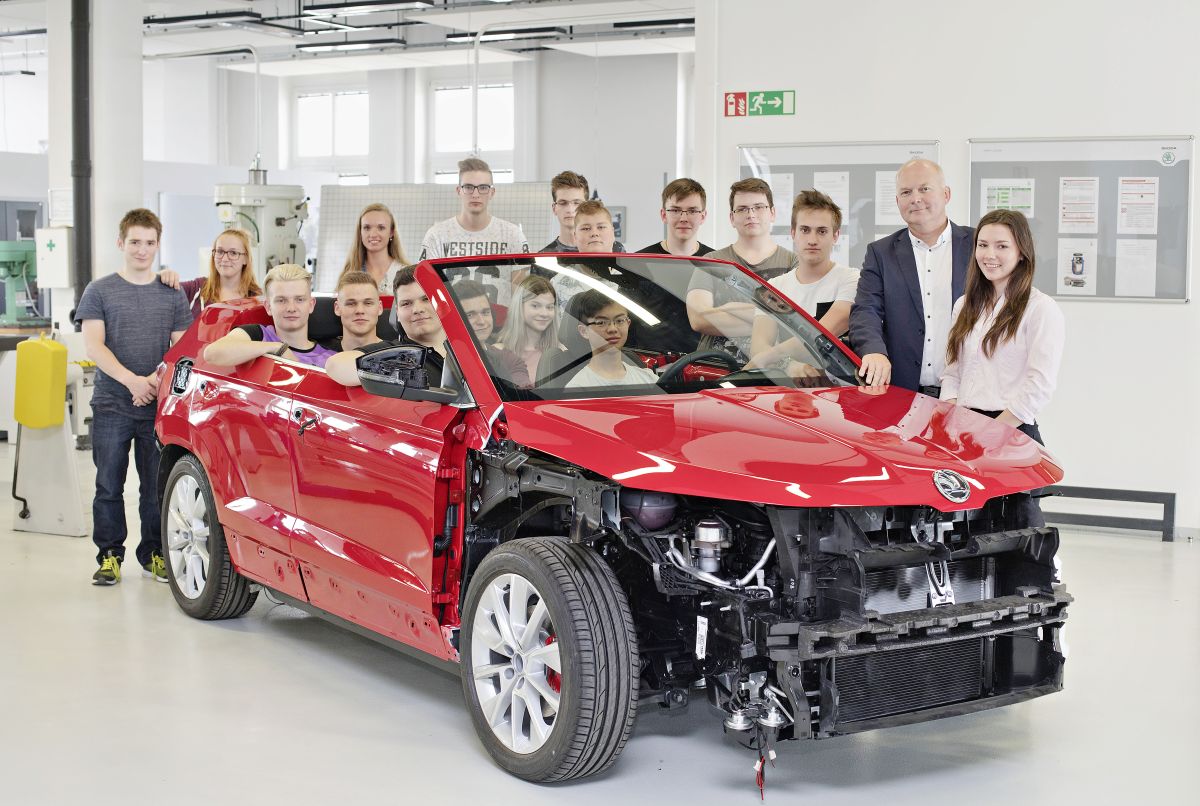 Mladá Boleslav, 4 June 2018 – The fifth concept car created by students at the ŠKODA Vocational School has been named the ŠKODA SUNROQ. For around eight months, 23 students from seven different professions worked on the concept of a cabriolet version based on the popular compact SUV ŠKODA KAROQ.

One of the last steps in the project was finding a suitable name for the vehicle. To facilitate this, the students invited ŠKODA customers and fans to submit suggestions via different social media channels. In the end, SUNROQ was chosen from among several hundred proposed names – the students found that it suited their cabriolet perfectly given its openness to the sun, which makes it an ideal vehicle for a summer holiday.

The author of the winning submission was invited to the SUNROQ’s official presentation. He will meet with the students and their teachers and will be even able to go on a drive in the functional concept car, which has a Velvet Red paint finish.