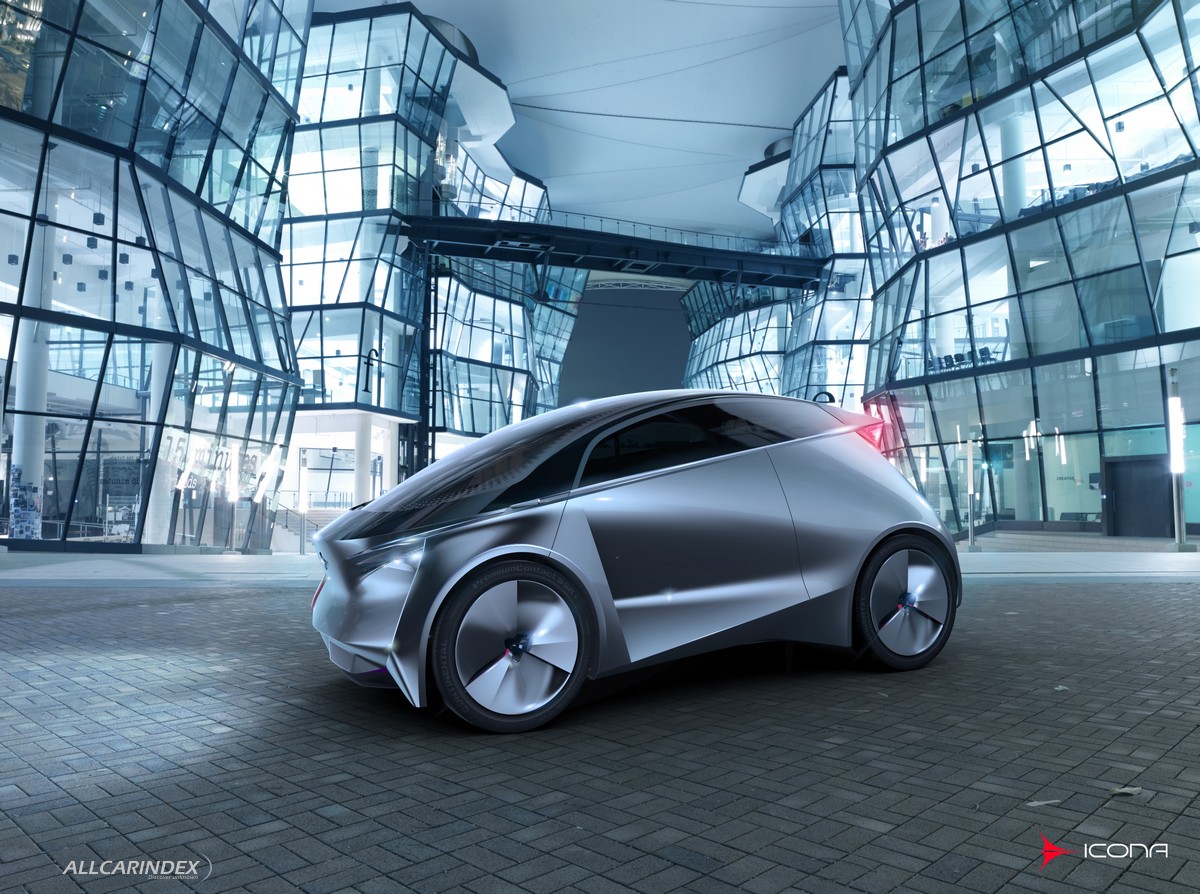 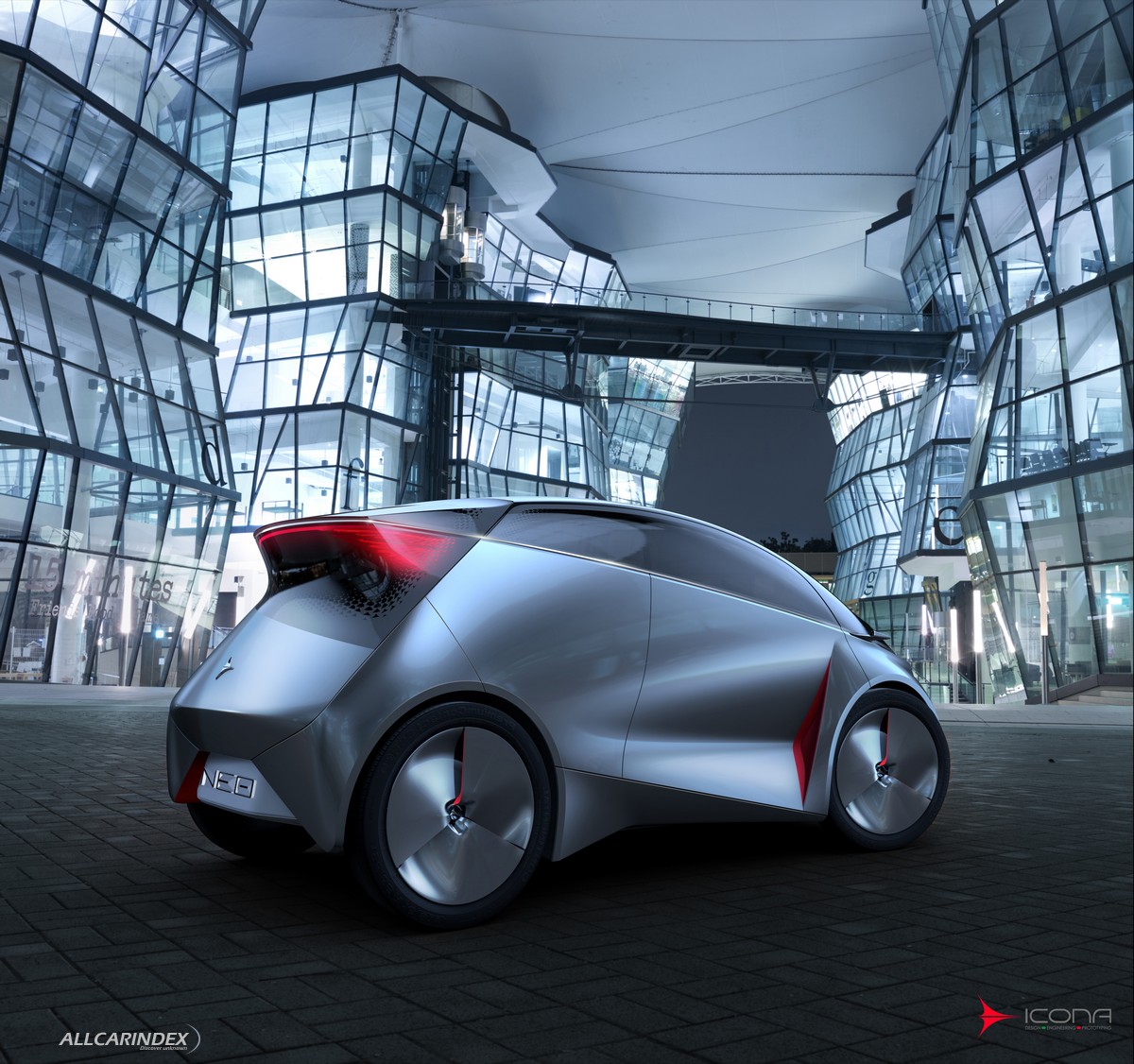 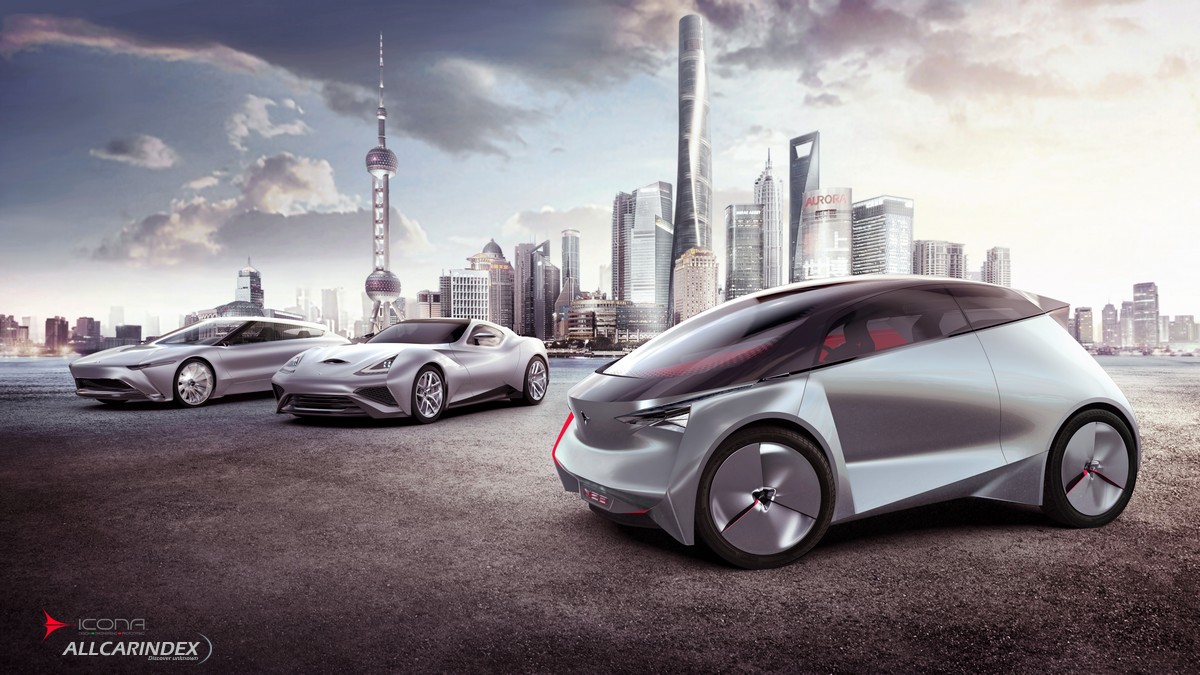 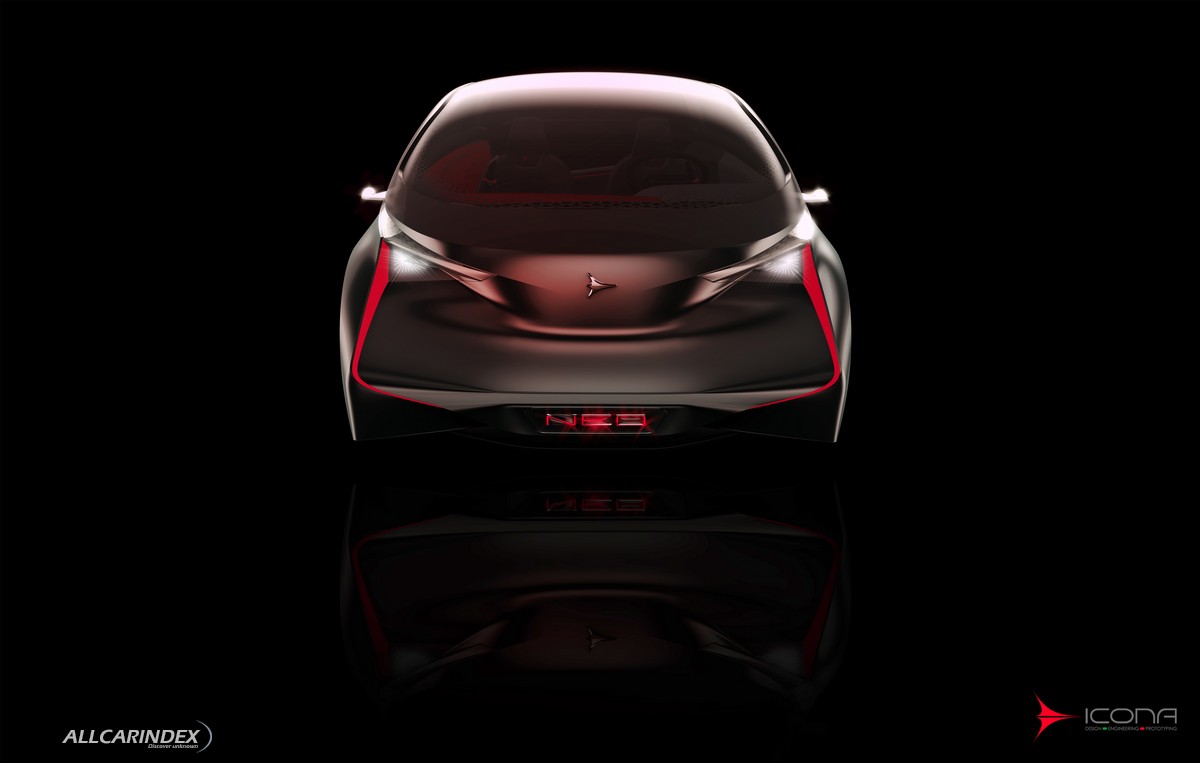 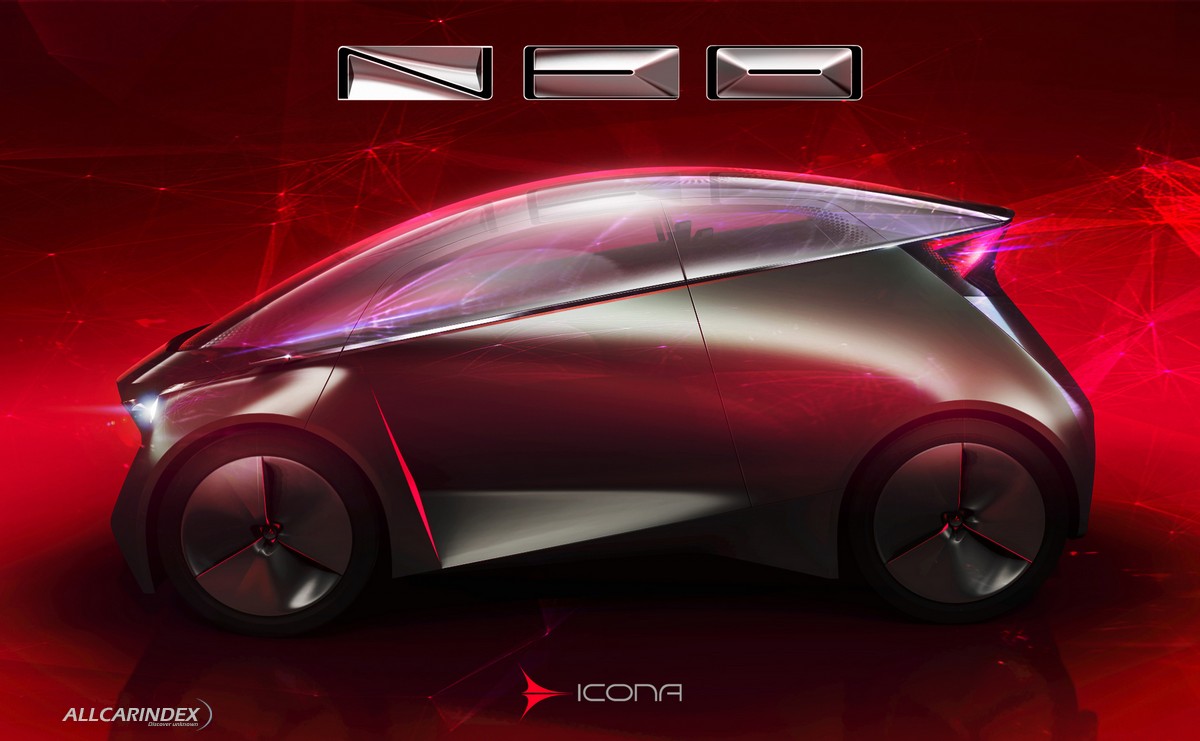 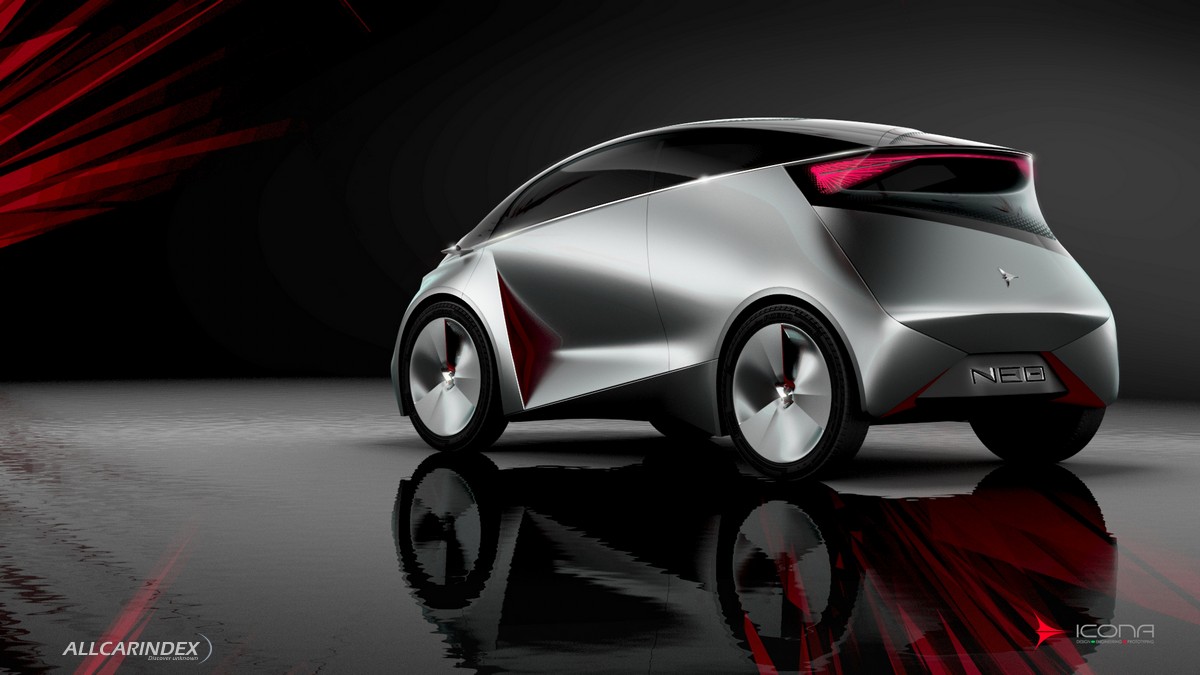 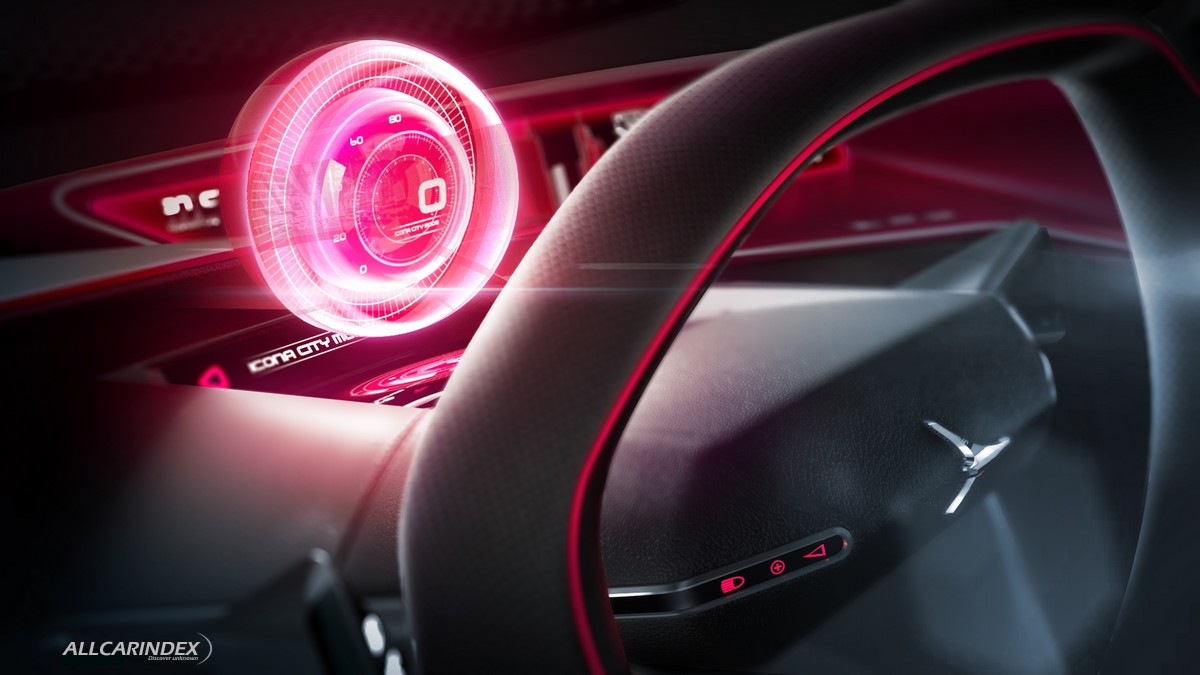 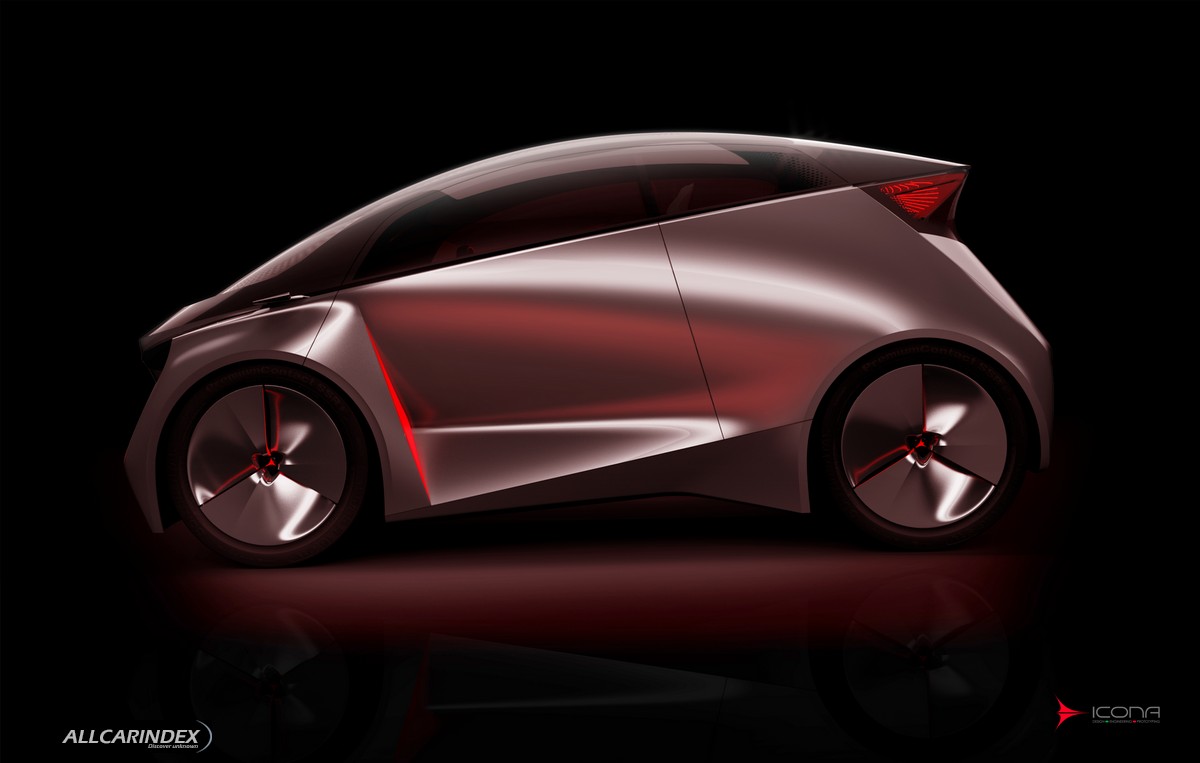 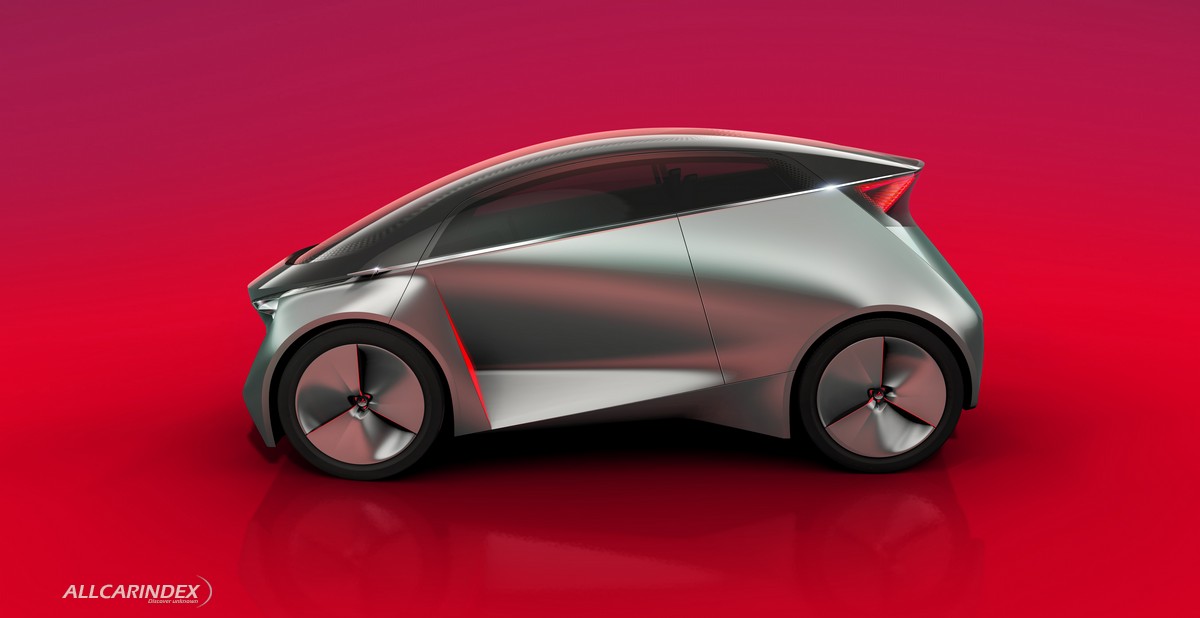 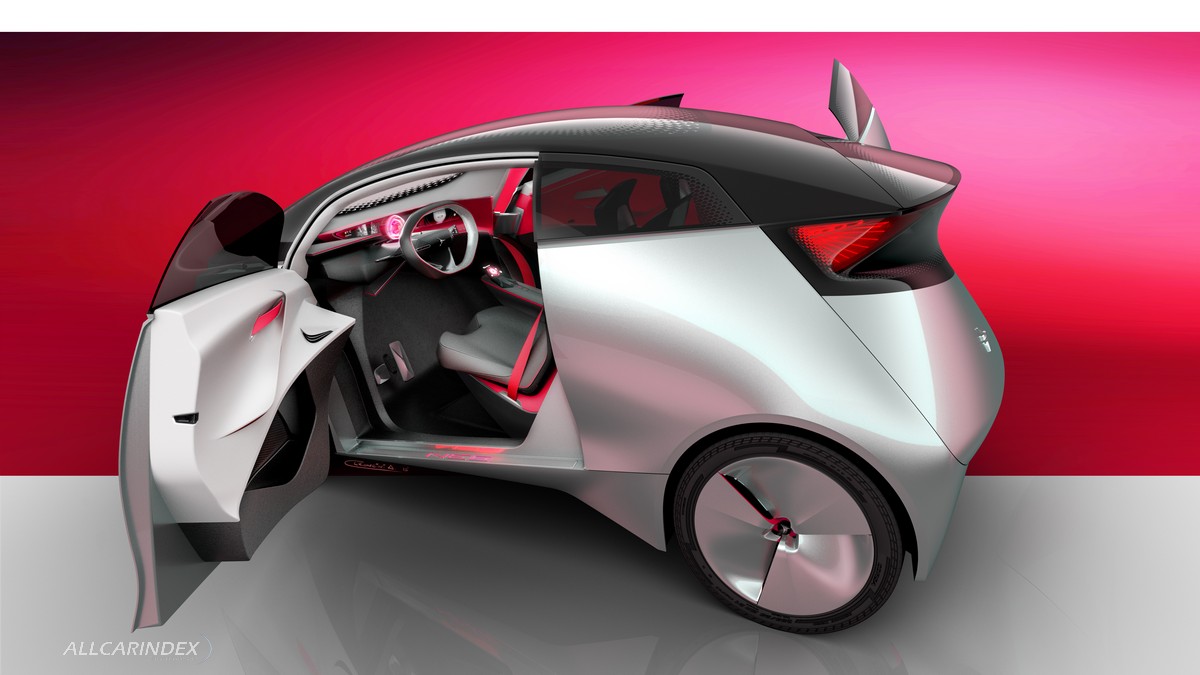 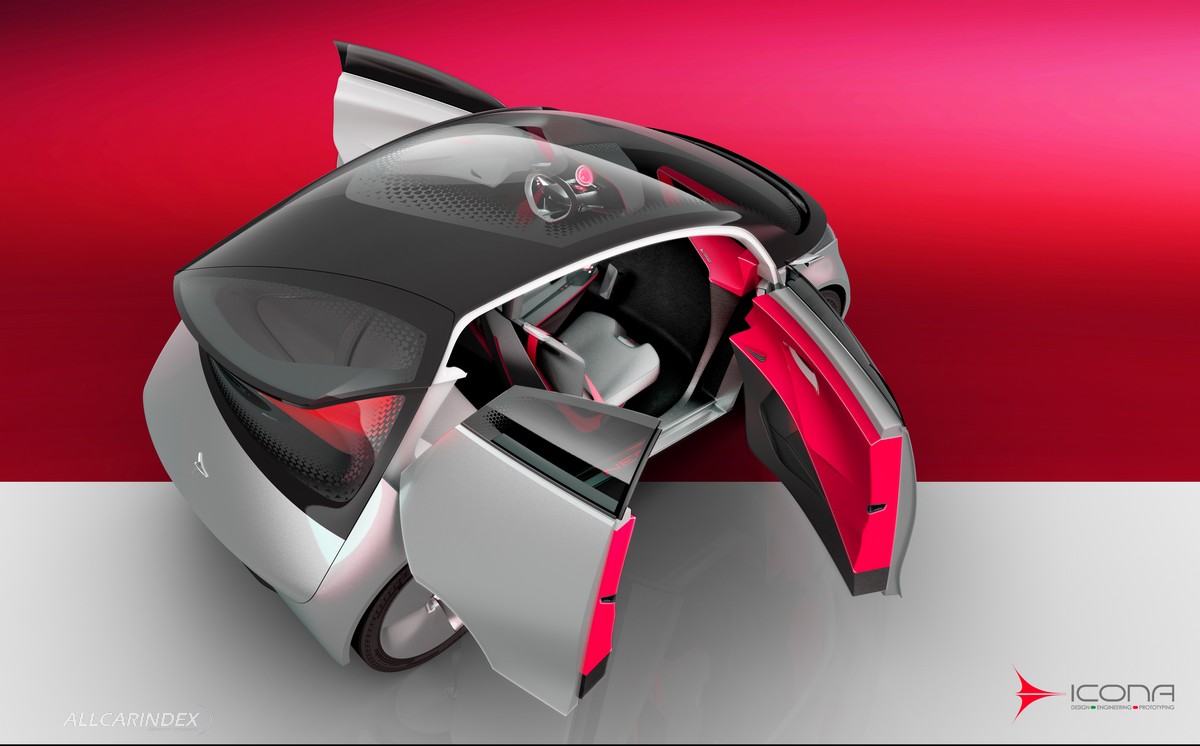 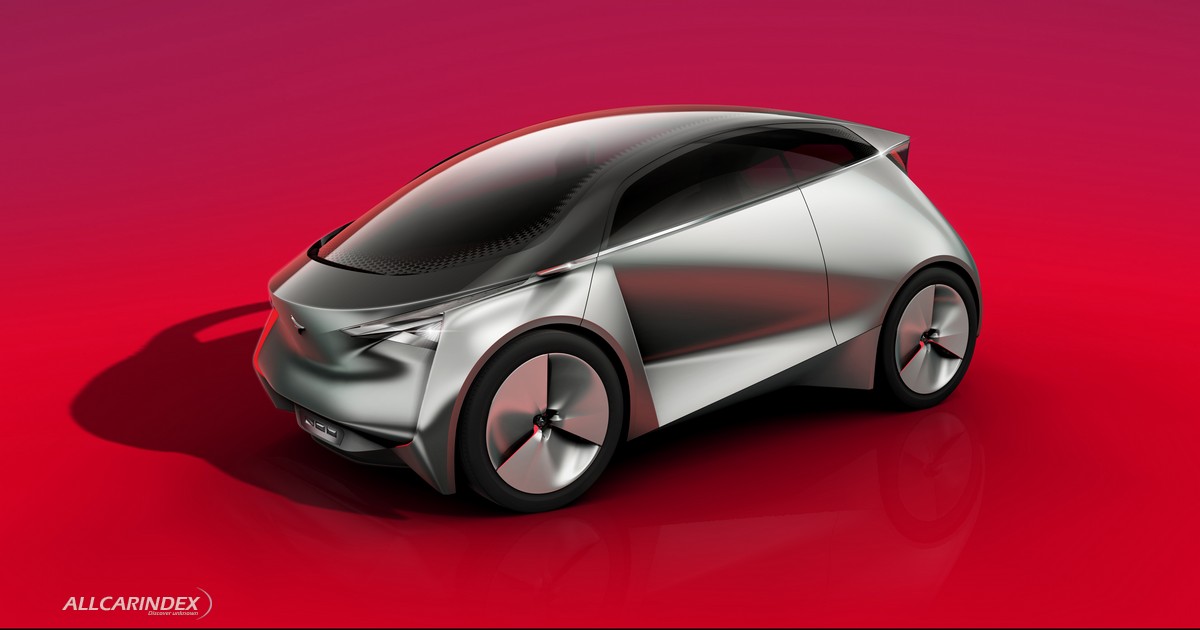 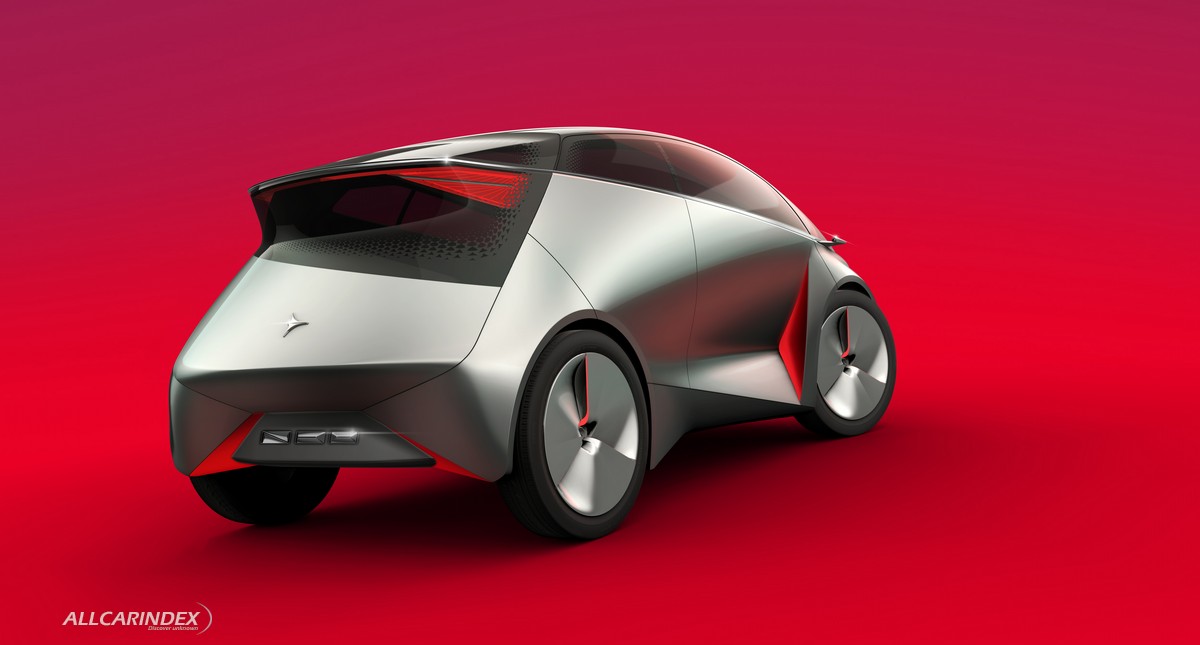 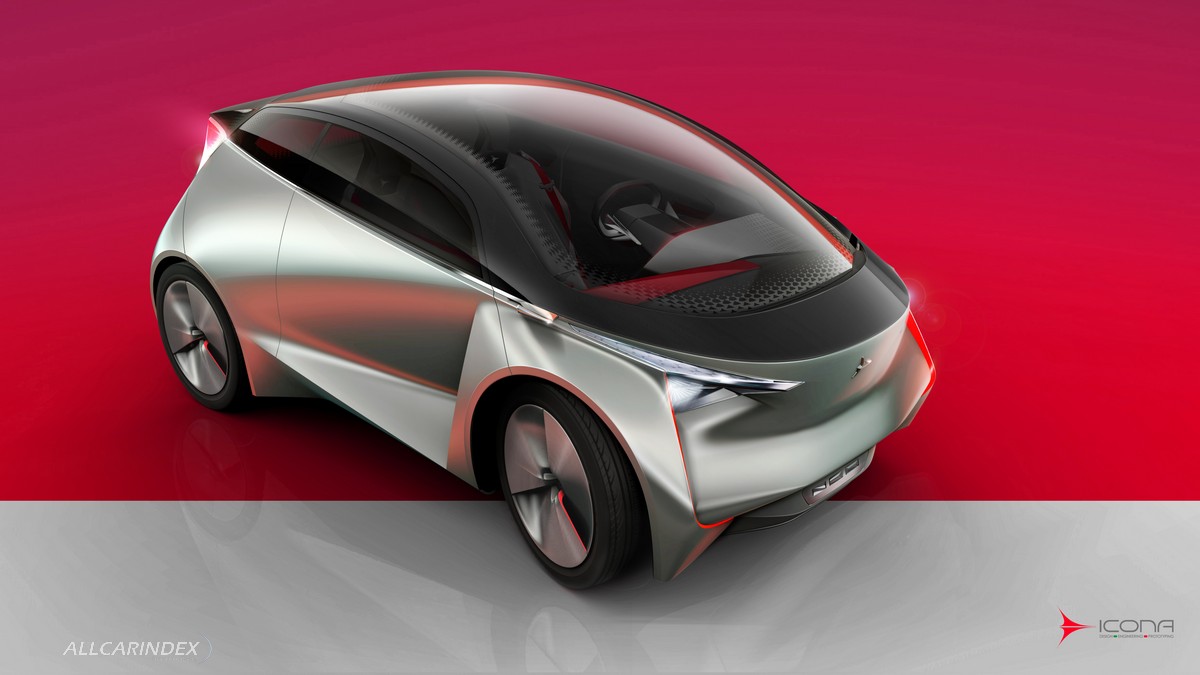 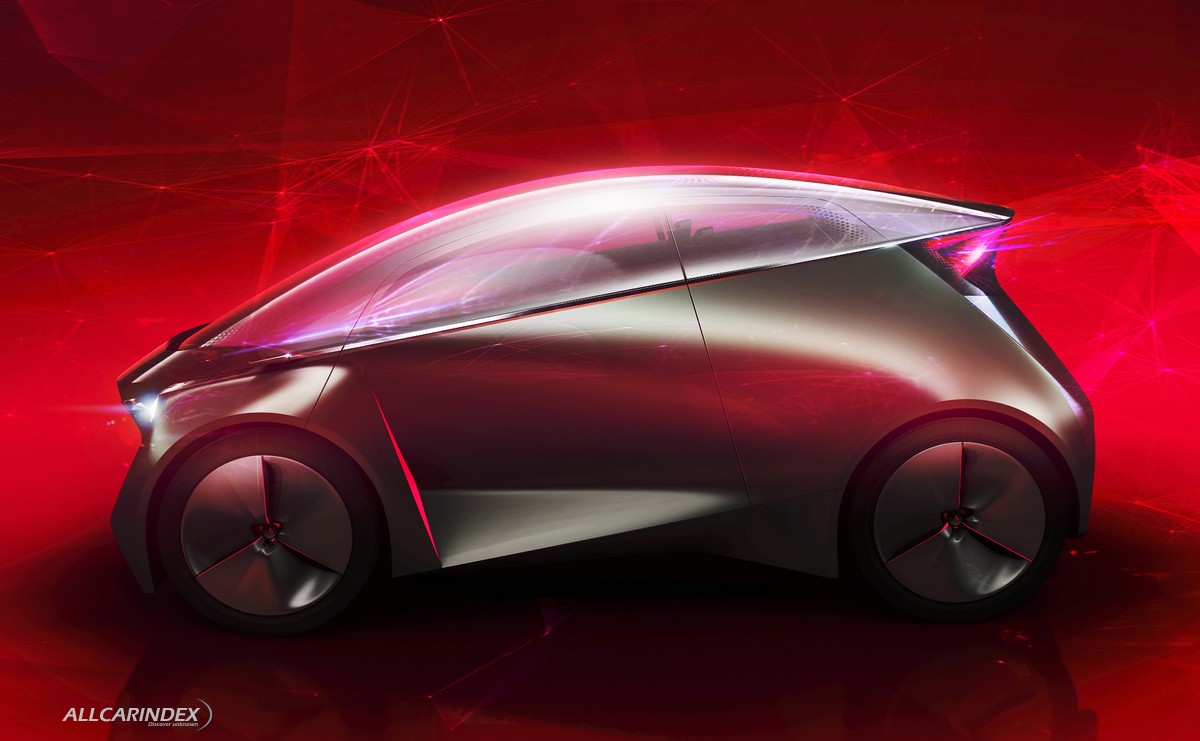 IN THE CITY OF THE NEW ERA: THE ICONA NEO

A futuristic city concept, designed by Icona, the Italian design house based in Shanghai

Following the ICONA lineage, the new NEO concept sets out to explore the inspirations and daily challenges of life in a busy metropolis such as Shanghai.

Like its sister Fuselage, NEO is a 4-seater vehicle whose design is adapted to the reality of an electrically-powered package, allowing design creativity to expand away from the classical thermic engine layout.

However, the aim of NEO is not just to provide the balance of style and maximum practicality expected from a modern city car. NEO’s bold styling and asymmetric design theme combine clear lines with sensual dynamic automotive sculpting.

The inspiration for NEO is derived from the latest architectural trends which have reshaped the landscape of Shanghai, the place where the car was designed. Its sharp and contrasted lines combine simple geometry and sensual surface transitions. Its main theme consists of “anti-wedge” design construction, meant to balance the general lean-forward attitude of the car, resulting in a low front nose very close to the road and leaving more space for a generous panoramic windshield. As a contrast, the back end features more body trim with a very high beltline, conveying a high sense of safety and cozy personal space.

Unconventional, the car interior has evolved with a passenger-orientated layout: instead of solely focusing on the road straight ahead, rear passengers can enjoy a wrap-around ottoman-style rear couch, taking advantage of the absence of a rear left door and offering a large glass area focused on the pedestrian side of the road, allowing passengers to enjoy the city skyline.

Shanghai taxis commonly only allow passenger doors to open on the right hand side, leaving a single access on the left hand side for the driver and considerably increasing passenger safety. In NEO, passenger access can be safely and practically made from the right side, thanks to a large two-door opening and the absence of a B post. The interior's asymmetry continues with two floating elements emerging from the sides and creating the dashboard, rationally optimizing the feeling of space and adapting their shape for their respective usage. The empty space left in-between has enabled the central screen display to be placed as far forward as possible, for greater visual and physical comfort.

The technology of this electric concept is a motor-in-wheel application with a total of 21 kw. Thanks to the optimized lightweight body (720kg including the electric pack of 130kg from which 90kg are batteries), NEO was conceived to reach a top speed of 120 km/hour and has a city driving range of 150km. It was developed by Icona's technical partners, ACTUA and Italtecnica, based in Italy.

Within its very compact dimensions (2.2m wheel base on a total length of 3.4m), Neo can seat four adults.

Conceived for city usage, the lightweight body has a comfortable height of 1.5m which is well balanced over its stable width of 1.63m. The car is aimed at the younger generation of buyers who aspire to own a responsible car that represents their values. Their values are based on freedom: the freedom to breathe in a healthy environment; the freedom to express their individuality; the freedom to move comfortably in their own individual space; the freedom to share time with friends, connected both to the real world and the virtual world; the freedom to not actively be driving.

Founded in early 2010, ICONA Shanghai is unique among European design studios. Reflecting Shanghai’s cosmopolitan life, the thirty-strong ICONA design team, including thirteen different nationalities, is based in the heart of Shanghai’s Lujiazui area. The company’s location in the centre of Shanghai’s financial hub provides easy and convenient communication with its clients. Through its integrated partnership with sector leaders Tecnocad Progetti and Cecomp located in Torino, Italy, ICONA benefits from more than 30 years of industry experience, providing customers with the full range of automotive development services, including design, engineering, modelling and prototyping. ICONA’s unique design concept cars, presented at Auto Shanghai in 2011, 2013 and 2015, combine the most advanced design with leading engineering technology, demonstrating real solutions for the car of the future.