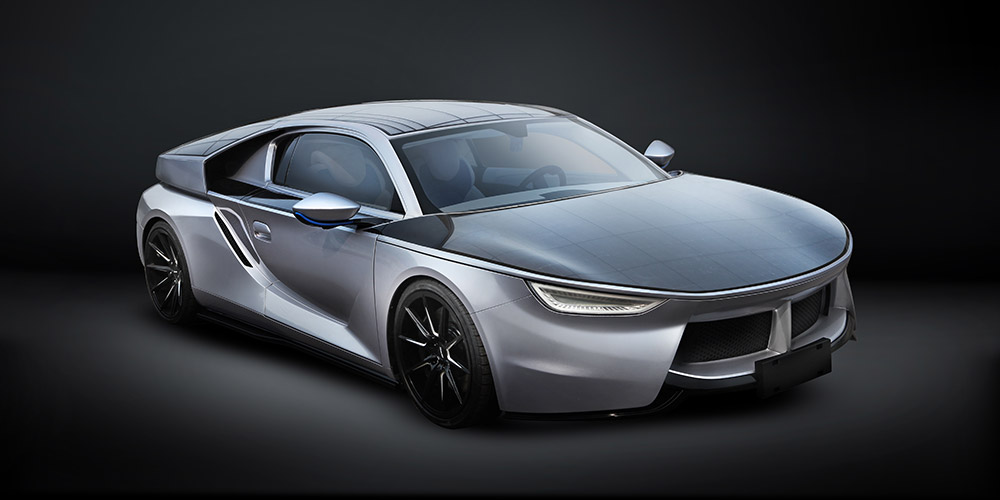 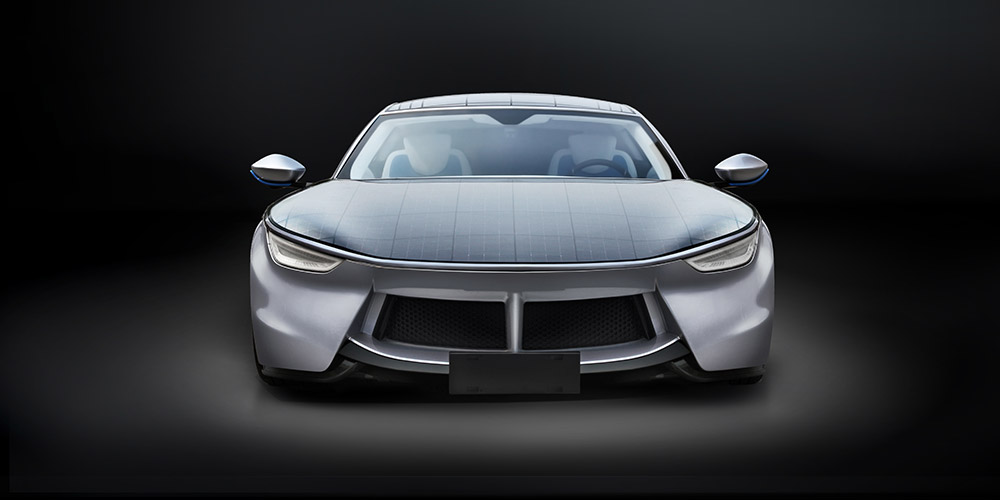 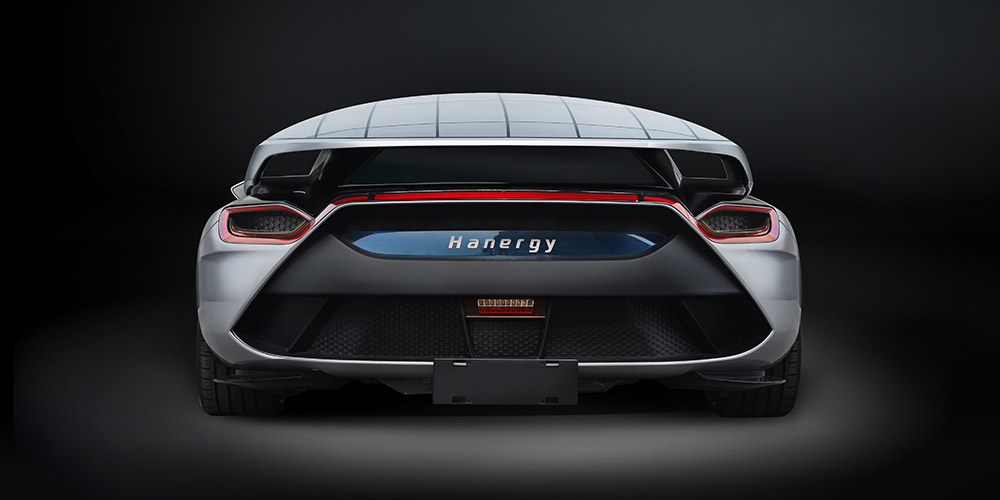 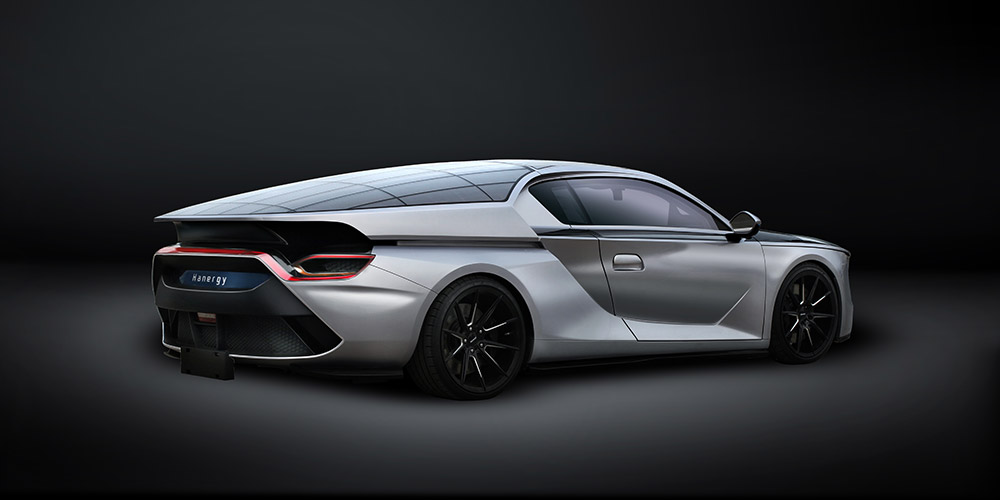 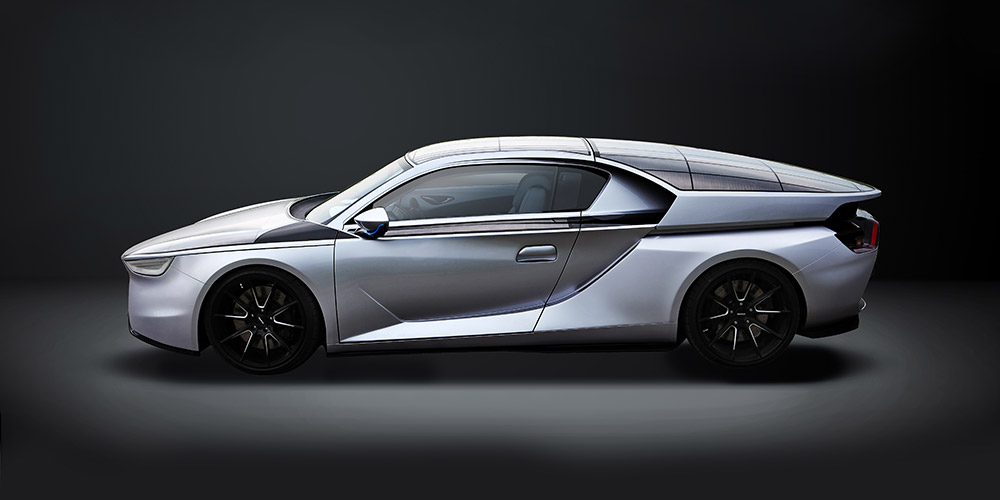 Hanergy launches full solar power vehicles that can be commercialized

Hanergy Holding Group, the world's leading thin-film solar power company, launched four full solar power vehicles at a grand ceremony themed "Disruptive Innovations Drive the Future" outside its headquarters in Beijing on July 2. Over 4,000 guests from all sectors of society attended the event.

A sports car named "Hanergy Solar R" made its debut as Li Hejun, Board Chairman and CEO of Hanergy Holding Group, drove it around the venue in the spotlight. In his speech, Mr. Li elaborated on the advantages of thin-film solar cells such as light weight and flexibility, enabling the cells to be integrated into a variety of products such as cars, unmanned aerial vehicles, mobiles, backpacks and clothes. The full solar power vehicles making their debut showcase the latest achievements of Hanergy's mobile energy strategy, he said.

Integrated with flexible and highly efficient thin-film solar cells and modules, the full solar power vehicles with zero emissions use solar energy as its main source of driving force through a series of precise control and managing systems, including a photoelectric conversion system, an energy storage system and an intelligent control system.

As Hanergy's full solar power vehicles acquire power directly from the sun, they do not depend on charging posts and thus have no need to bother with "distance per charge" anymore, making "zero charging" possible during medium and short distance journeys. Breaking the bottleneck of poor practicality of previous solar-powered vehicles, the four launched by Hanergy are the first full thin-film solar power vehicles that can be commercialized, redefining new energy vehicles.

With a conversion rate of 31.6%, Hanergy's gallium arsenide (GaAs) dual-junction solar cell was awarded with a World Record Certificate by the World Record Association at the launch event. The technology had previously been recognized by the National Renewable Energy Laboratory (NREL) of the United States for its world's highest conversion rate on January 5, 2016.

The vehicles feature light weight and maximization of the area covered by thin-film solar cells. Their user-friendly designs enable users to select and manage different travelling and weather modes in a real-time, mobile, networked and smart way. Users can select charging modes in accordance with varied weather conditions through Apps on their mobiles. Moreover, the vehicles are equipped with ultrasonic cleaning technology for maintenance of the solar cells.

According to Dr. Gao Weimin, Vice President of Hanergy Holding Group and CEO of its Solar Vehicle Business Division, the four full solar power vehicles are integrated with flexible GaAs thin-film solar cells, covering 3.5 to 7.5 square meters respectively. With five to six hours of sunlight, the thin-film solar cells on the vehicle are able to generate eight to ten kilowatt-hours of power a day, allowing it to travel about 80 km, equivalent to over 20,000 km annually, which satisfies the need of driving in a city under normal circumstances. With this disruptive innovation, the full solar power vehicles no longer need to rely on charging posts like traditional electric vehicles.

Under the mode of routine-day use, the vehicles are able to charge themselves with clean solar energy while traveling, making "zero charging" possible. It alters our inherent concept of "distance per charge" of an electric vehicle. In the cases of weak sunlight or long-distance travel, the lithium batteries equipped in the vehicles can also get power from charging posts, enabling them to travel a maximum of 350 km per charge.

"The reason I'm here is because I very much believe in what Hanergy is doing by making a car totally powered by solar energy." said American renewable energy expert Dr. Woodrow W. Clark II, who was present the ceremony. In his view, the full solar power vehicle developed by Hanergy is the symbol of a green industrial revolution.

The R&D of the full solar power vehicles was done independently by Hanergy, which owns over 120 patents and proprietary intellectual property rights for them.

Hanergy Holding Group is a multinational clean energy company as well as the world's leading thin-film solar power company, committed to changing the world by clean power. Established in 1994, the company has branches in provinces all over China as well as in the Americas, Europe and the Middle East, Asia-Pacific, Africa and other regions, with core businesses covering hydropower, wind power and thin-film solar power.