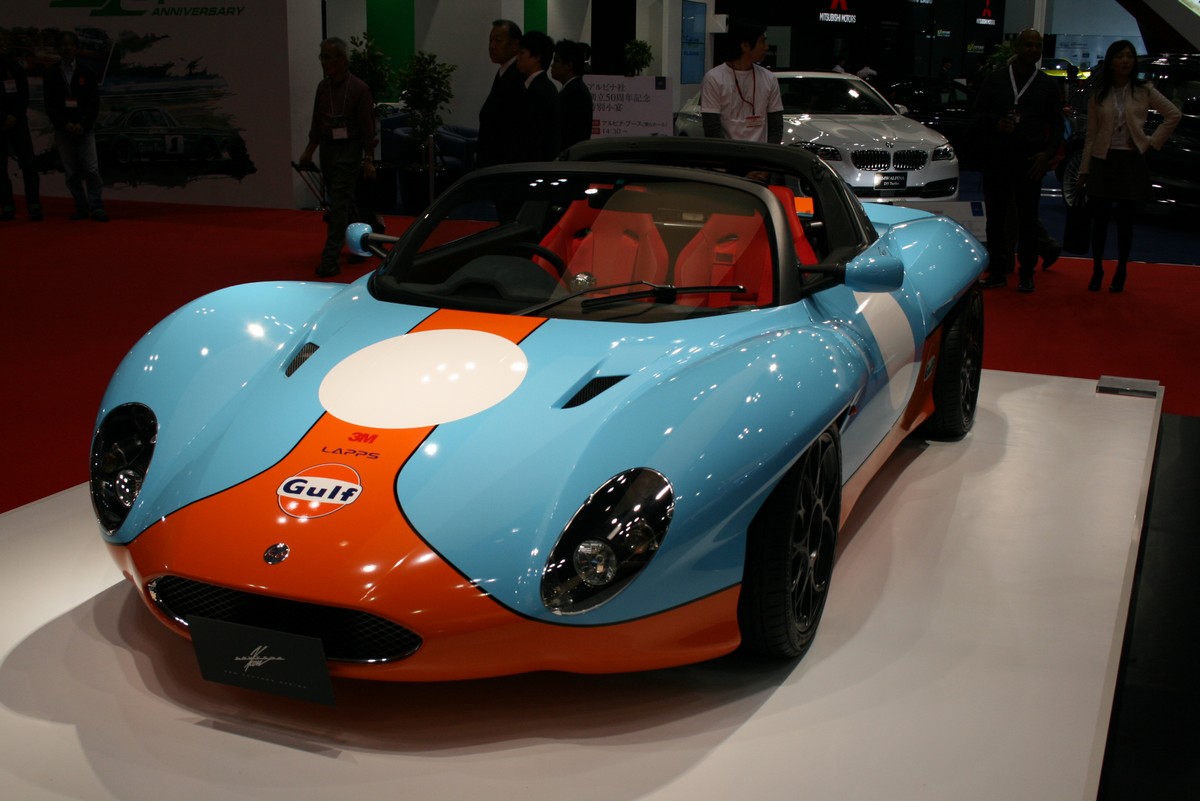 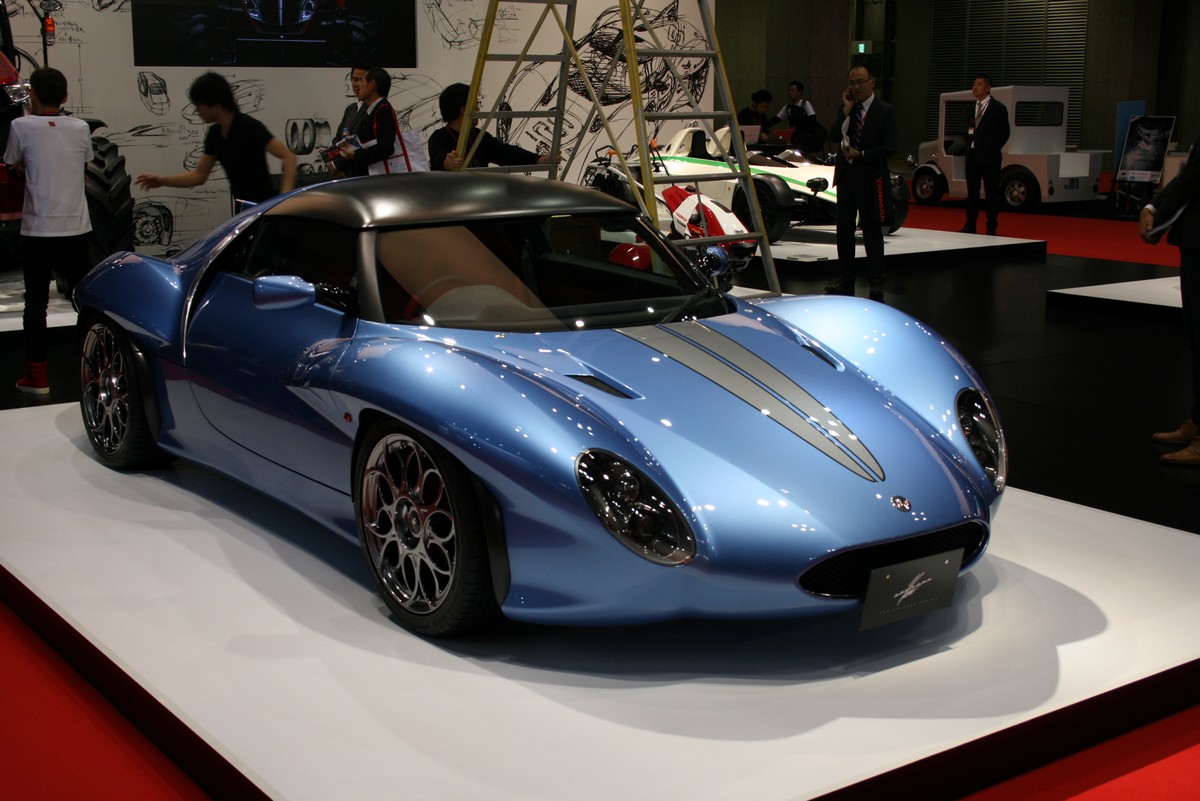 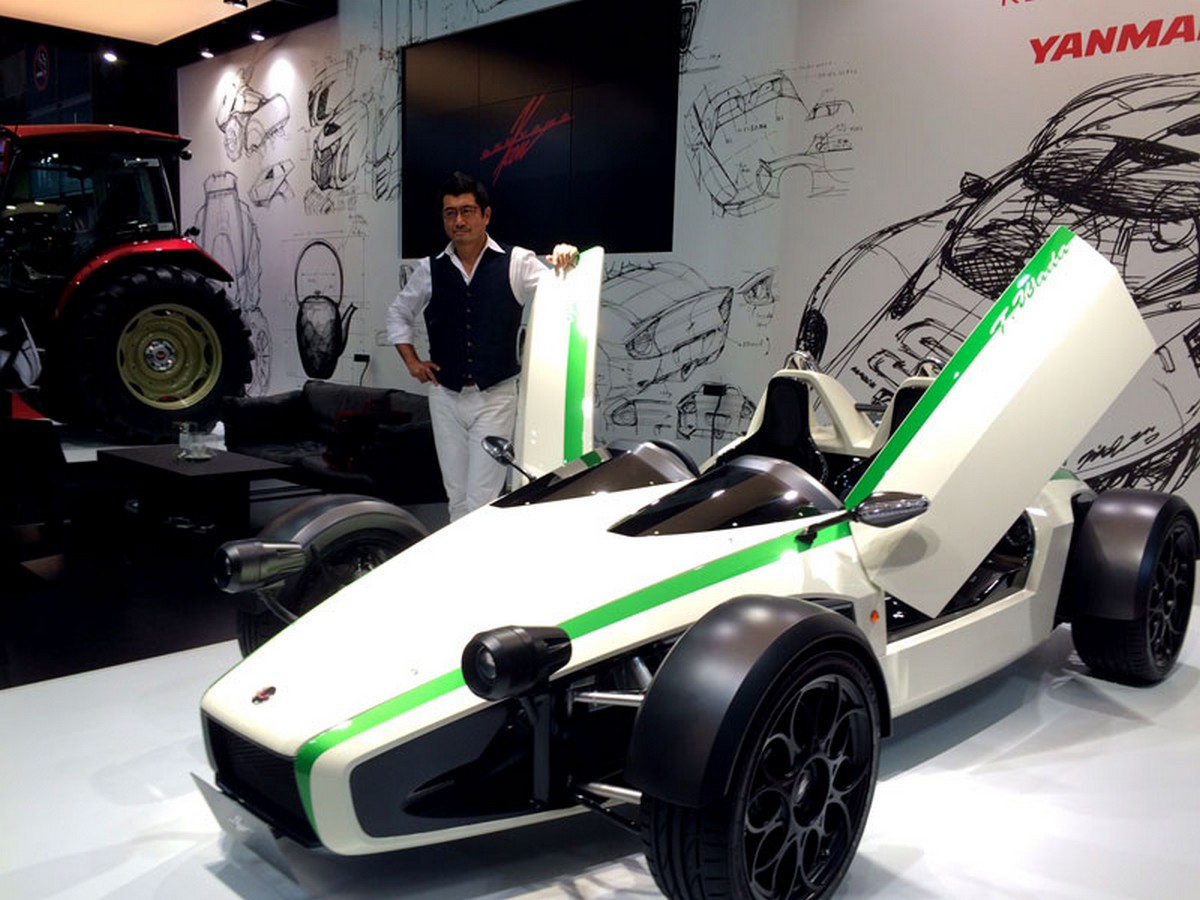 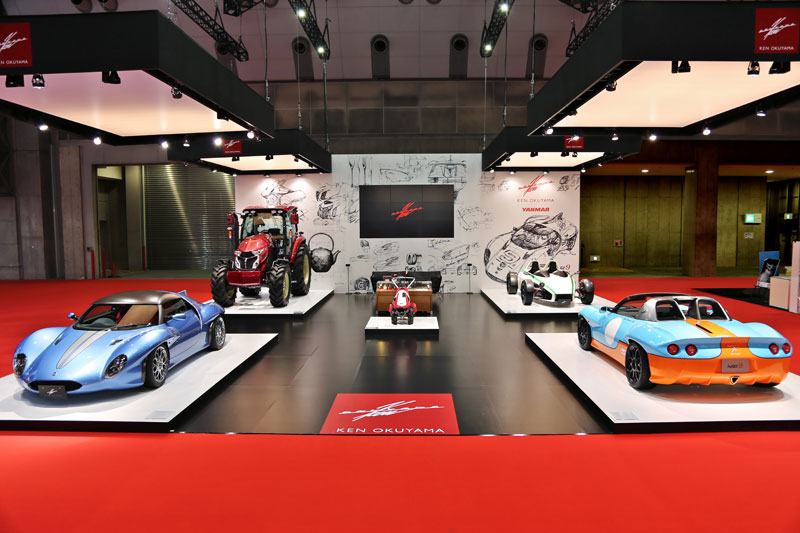 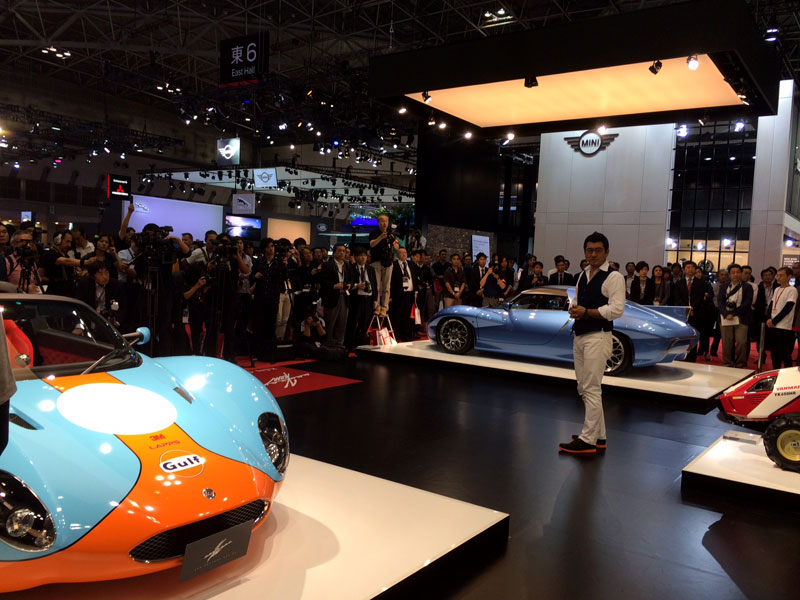 Entering its ninth year as a design consultant for various industries, Ken Okuyama Design (KOD) will expand its business to a 1 billion yen ($8.37 USD million) with 40 employees. KOD is involved in activities ranging from railway design for projects such as the Akita Shinkansen (bullet train) and Hokuriku Shinkansen, to comprehensive design development for Yanmar Corporation to machine tool design. Another integral part of the company’s portfolio is automotive design and production.

Two concept cars unveiled at the last Tokyo Motor Show in 2013 have been used as a foundation for three all‐new models that will be awarded world premiere status at this year’s show. Incorporating the  experience and knowhow earned practicing carrozzeria – coachbuilding – in Italy, Ken Okuyama Design is producing low volume hand‐made vehicles in addition to multiple one‐off madeto‐order client‐initiated projects. One of the project highlights of those projects will be a V12 powered front‐engined super car destined to debut at next year’s Monterey Car Week. KOD sees itself as a new wave Japanese style carrozzeria business with international aspirations.

A two‐seat kode9 concept car, which debuted at the 2013 Tokyo Motor Show, will reappear this year as a production model, ready for delivery to customers.

Five examples of this 2015 year model have already been sold.

KOD’s star this year, however will be the kode9 Spyder prototype, a lightweight ‘wind‐in‐the‐hair’ spyder headed for production in 2016. The company will commence taking a limited run of five orders from the day the motor show opens.

At the 2013 Tokyo Motor Show, the company unveiled a Yanmar concept tractor penned by Ken Okuyama Design. This year, a flagship production‐ready tractor (YT5113) is shown as well as a mini tiller (YK650MR).

In addition to our ongoing development of fun, dream‐inspiring cars, KOD will also display our own unique brand of furniture, eyewear and interior products.

Following in the footsteps of the kode9 coupe, Ken Okuyama Design revealed its world premiere for Tokyo, the lightweight two‐seater kode9 Spyder prototype. This design study takes the original proportions of the kode9 coupe and adds an extra air of elegance, while at the same time, integrating a bold fender arch that gives it the nuance of a true sports car.

It might boast the kode9 coupe’s sportiness and wind‐in‐the‐air thrills of a spyder, but no compromises have been made in body rigidity or curb weight. In fact, improvements in body construction and software updates have actually reduced the car’s overall weight.

Every model in the kode series has materialized thanks to the expertise of some of the world’s best suppliers and state‐of‐the‐art material technologies.

Employing a lightweight yet safe aluminum chassis, the kode9 Spyder also incorporates in‐house weight‐saving carbon technology, Yamazaki Mazak Corp’s high performance CNC cutting technology and component production knowhow using an advanced 3D printer. Each model is finished up the chassis fabrication, power‐train and body assembly at our factory in England, and done the final touch and test‐driving at our factory in Yamagata before delivering the car to our customers.

Like the coupe, the kode9 Spyder is configured for a transversely mounted midengine layout, but the customer may select their own brand of engine. Our 780kg(lightweight carbon fiber body version) display model combines a supercharged 1.8 liter, 4‐cylinder engine with a low center of gravity and inspired sports car dynamics to deliver world‐class levels of handling.

As soon as the car is revealed at the Tokyo Motor Show, we will invite a limited number of 5 orders per year. Price will depend on specification, so please make enquiries directly to Ken Okuyama Cars.

Production model deliveries have already commenced of the kode9 concept which debuted at the 2013 Tokyo Motor Show. A lightweight, spartan coupe whose definition sits comfortably between that of a race car and a sports car, this two‐door has no superficial styling elements and employs simple futuristic design proportions that contravene today’s accepted design trends.

Penned with aesthetically beautiful basic proportions that contrast against the excesses of today’s styling trends, the kode9 production model arrives, wearing a winsome front end, perfectly blended with flowing dynamic lines of race cars from the 1960s and 70s and today’s latest technology. Devoid of overly artistic character lines, the fender arch and tail fin combine to give this car a strong identity, one that shines as an antithesis of today’s overly complicated car design.

The kode9 production model is configured for a transversely mounted midengine layout, but the customer may select their own brand of engine. The 810kg display model combines a supercharged 1.8 liter, four‐cylinder engine and a lightweight body to deliver a special type of handling not possible with today’s heavy sports cars.

Boasting a lightweight body with incredibly short overhangs, and a chassis that excels in locating the powertrain hardware lowdown to the car’s center, the kode9 production model employs fully adjustable suspension with pillow ball arms making the coupe suitable for competition use.

It might be a hardcore sports car but it still delivers the comfort levels of a gran turismo style coupe. Customers can select from a wide range of interior trim which combine lightweight carbon fiber and soft‐to‐the‐touch leather and alcantara. Fitted with air‐conditioning as standard equipment, the cabin offers loads of space and a removable targa roof to enjoy the great outdoors. With no rear window, a high‐definition camera mounted inside the rear fin enables the driver to see a reversing view on a mini‐monitor positioned inside the rearview mirror. Clients can request a rear window be added.

The limited production run of five kode9 models is sold out and deliveries have commenced and KOD has already started development of a high‐performance kode9 GT version based on the kode9 coupe.

The kode7 was originally launched at the 2008 Geneva Motor Show. Based on that model, the kode7 Series II employs a complete body redesign with reinforced rigidity, quality upgrades, and more weight‐saving techniques. Like other KOD models, this formula car‐style, hand‐made sports car allows owners to create their personalized ‘only‐one‐in‐the‐world’ one‐off car. Embodying Ken Okuyama Design’s philosophy of “modern, simple and timeless,” the coupe incorporates lean styling with front and rear overhangs minimized to achieve the sharp, agile handling of a motorcycle. With the lightweight carbon fiber version, it becomes less than 700kg and power‐to‐weight ratio overwhelms others.

Extra efforts in simplistic design and weight saving combined with a reasonable price make this model perfect for circuit racing or track days. If an owner removes creature comforts such as the movable visors and retractable headlights, then a driver can enjoy an even more intense level of handling.

Powered by a specially tuned, naturally aspirated, 250hp 1.6 liter, four‐cylinder engine, the display model employs features that makes it compatible with both circuit racing and on‐road driving. Deliveries of the kode7 Series II started in the Fall. Prices will depend on specification, so please direct all enquiries to Ken Okuyama Design.