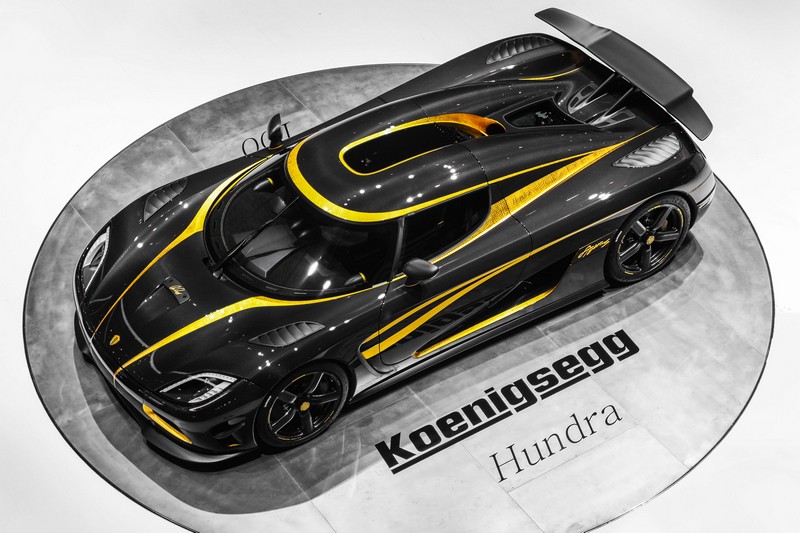 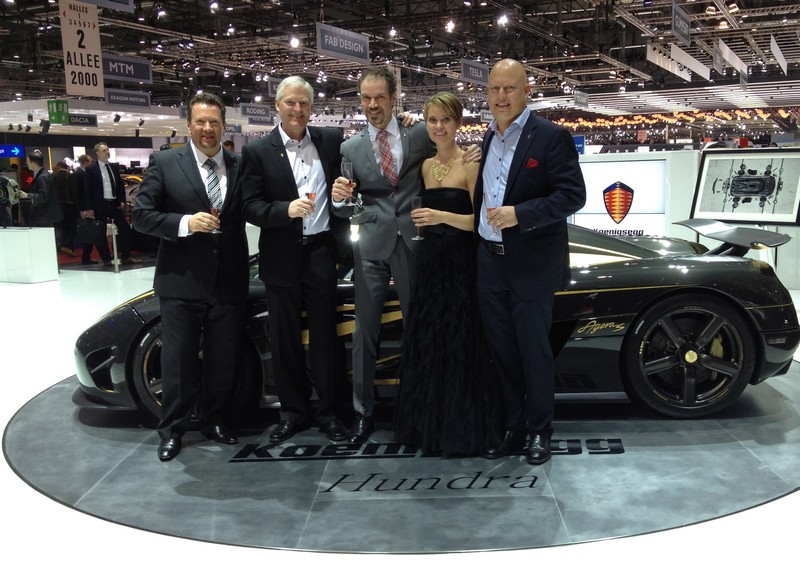 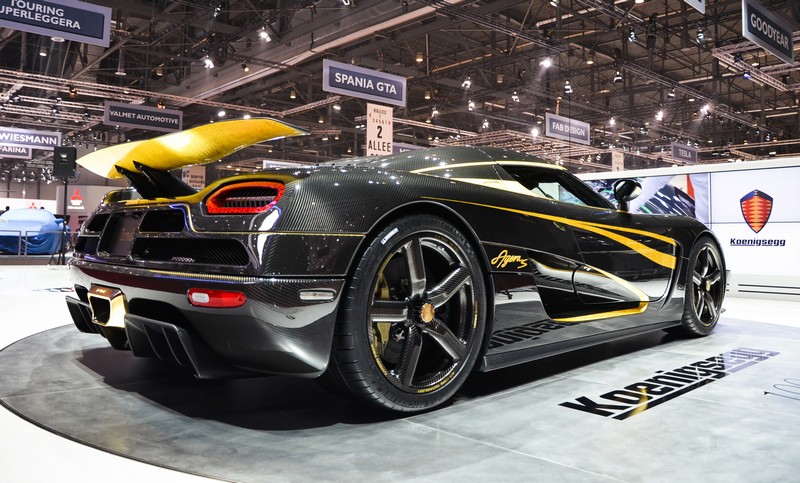 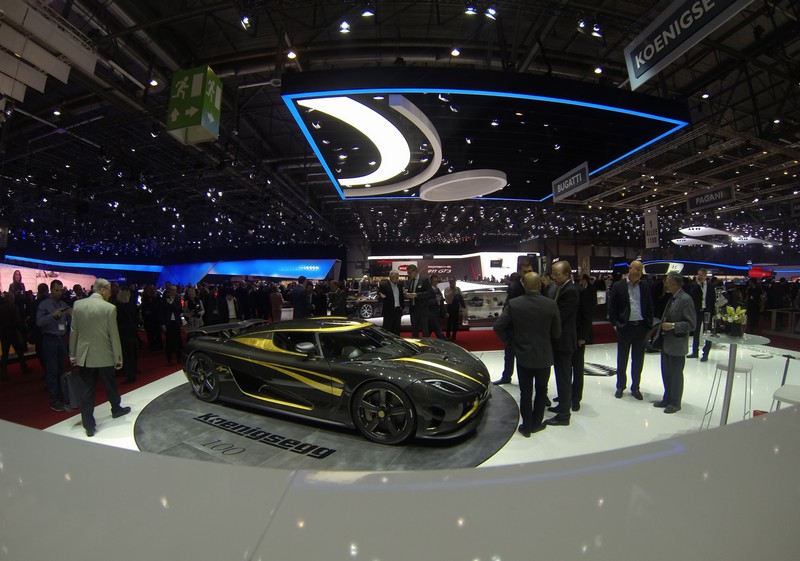 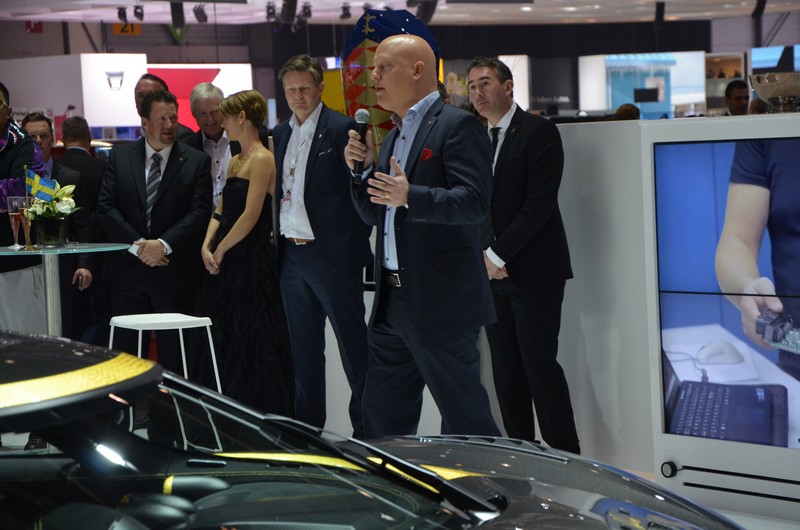 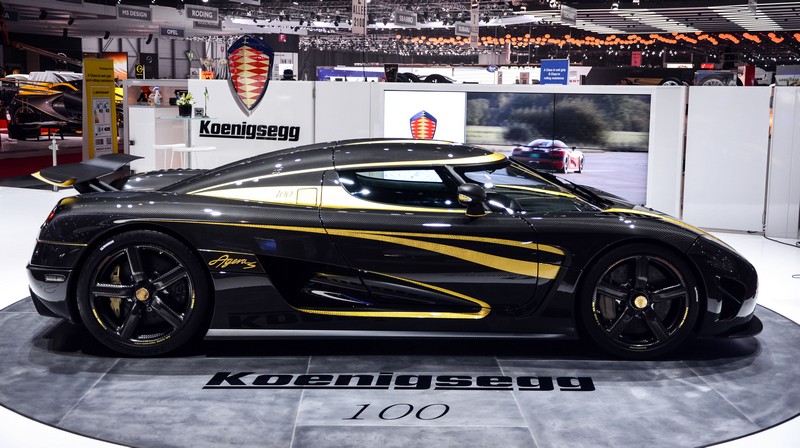 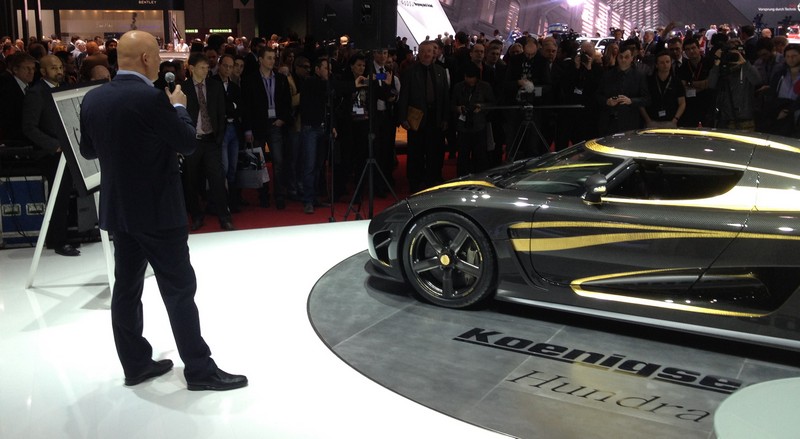 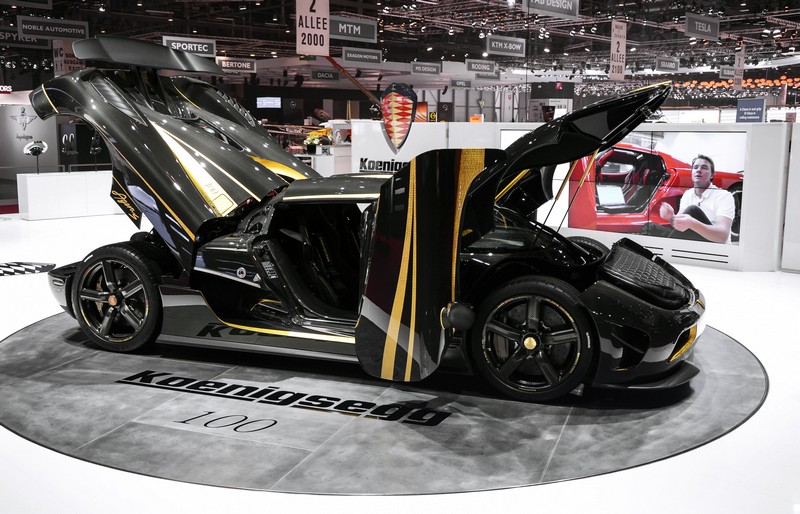 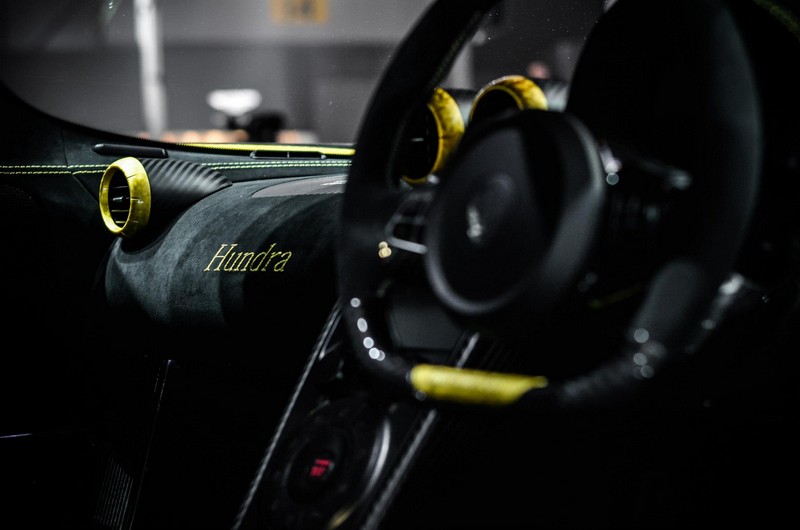 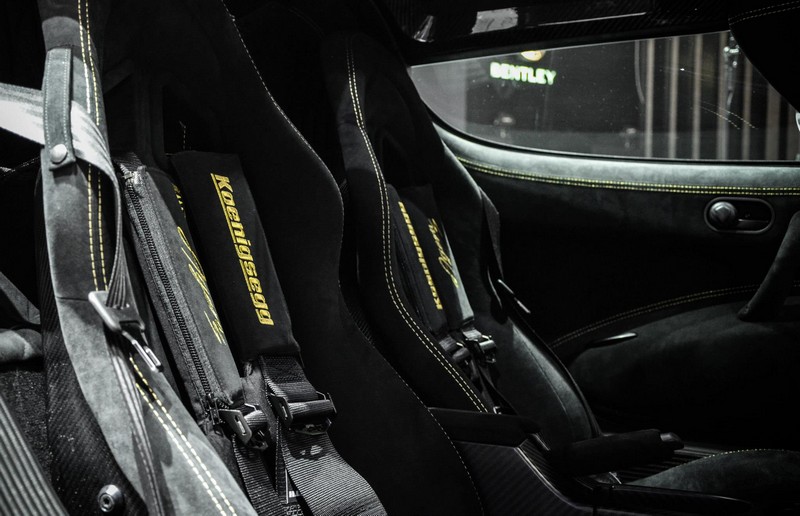 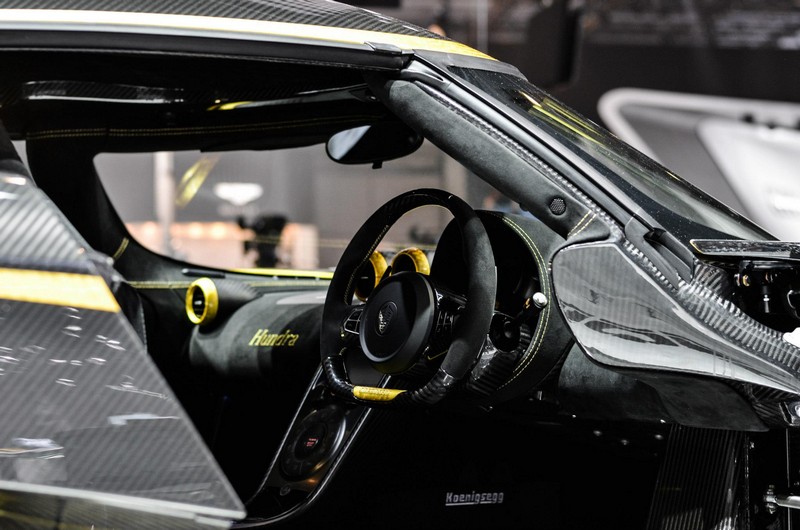 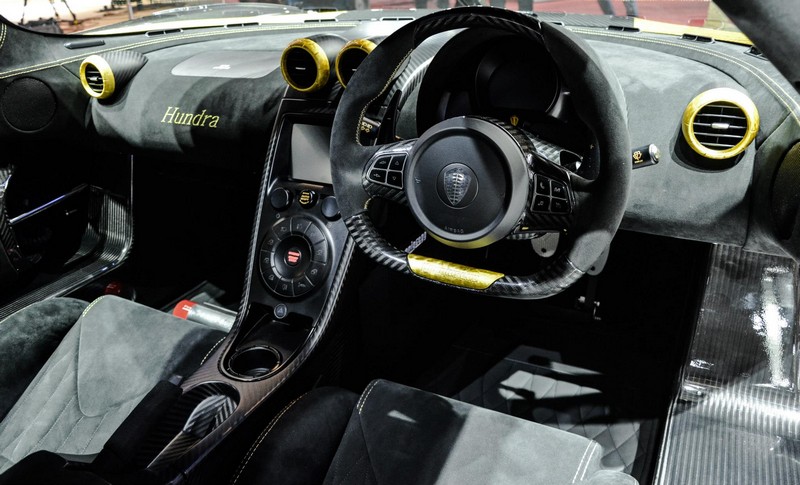 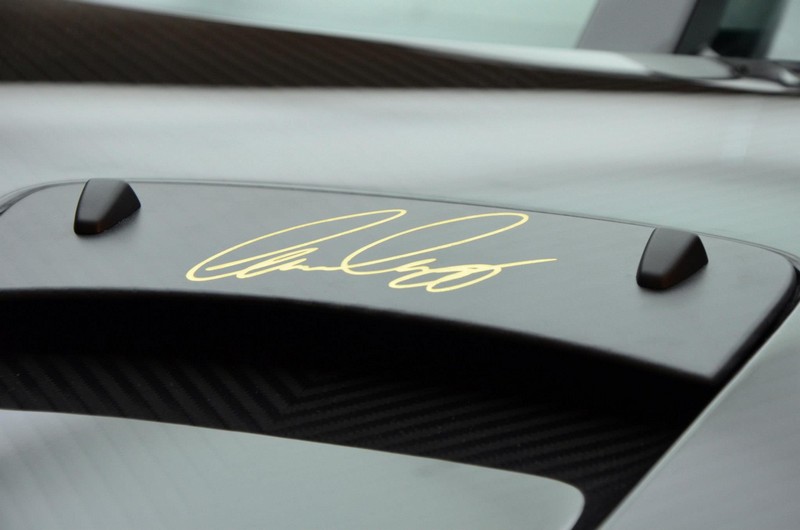 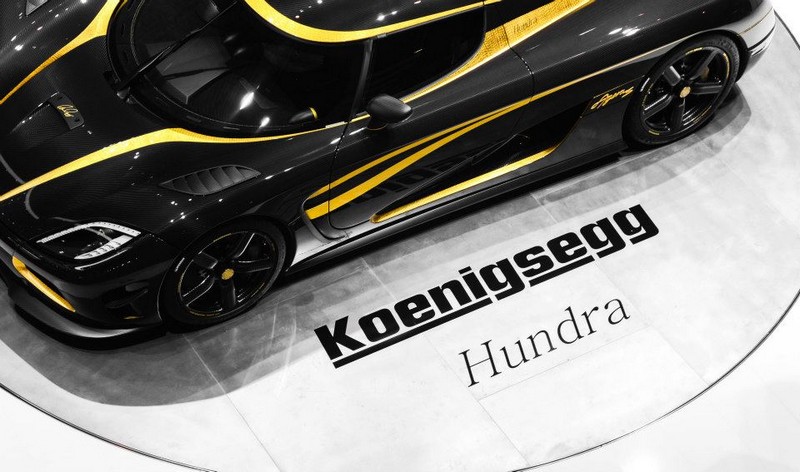 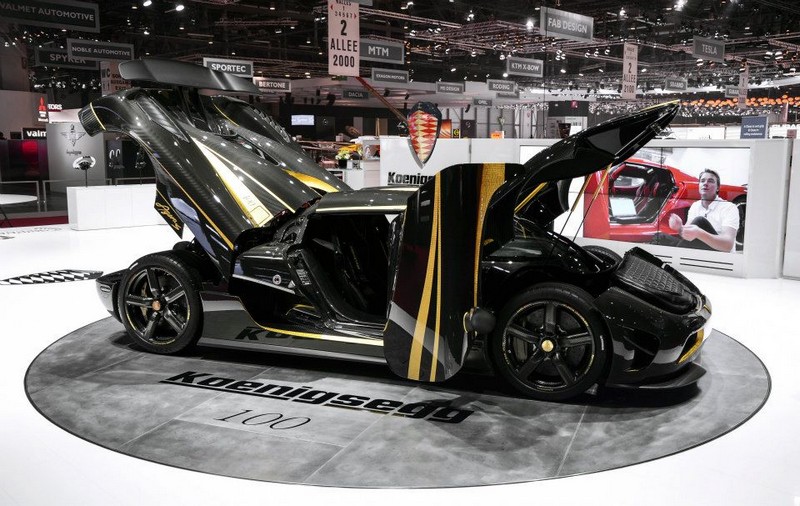 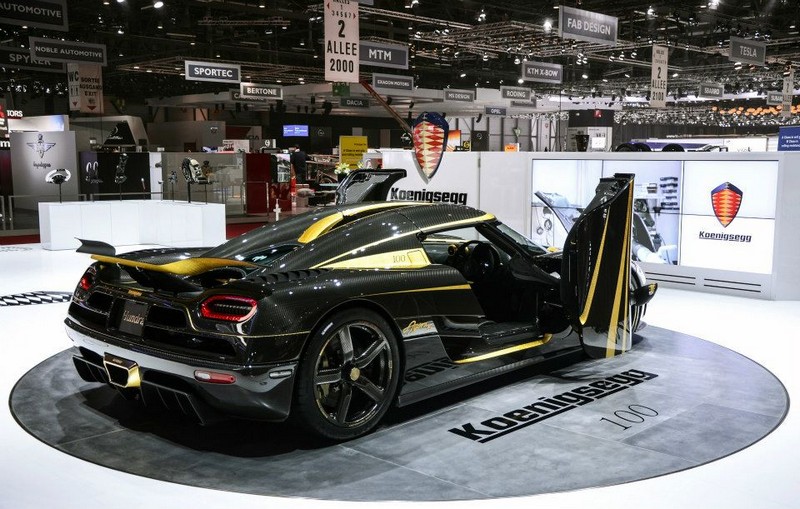 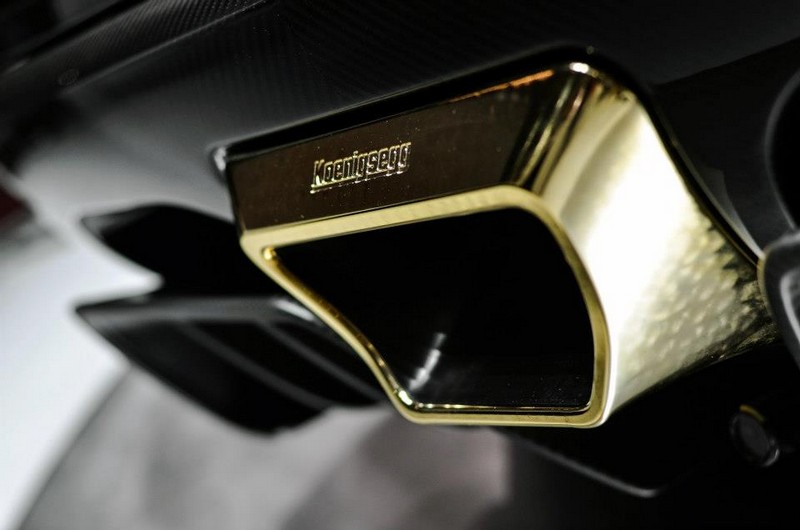 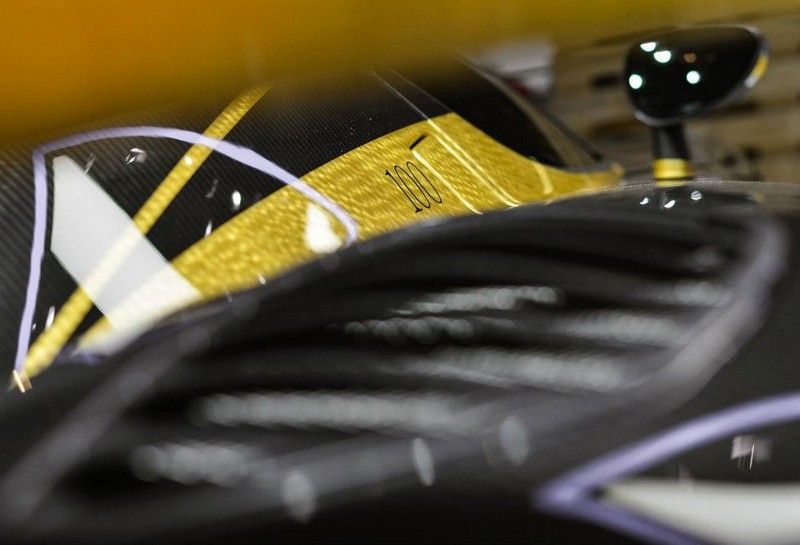 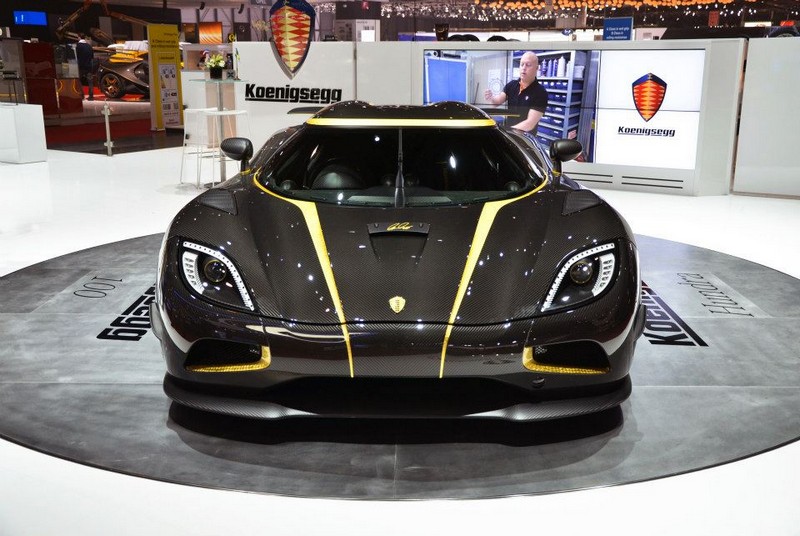 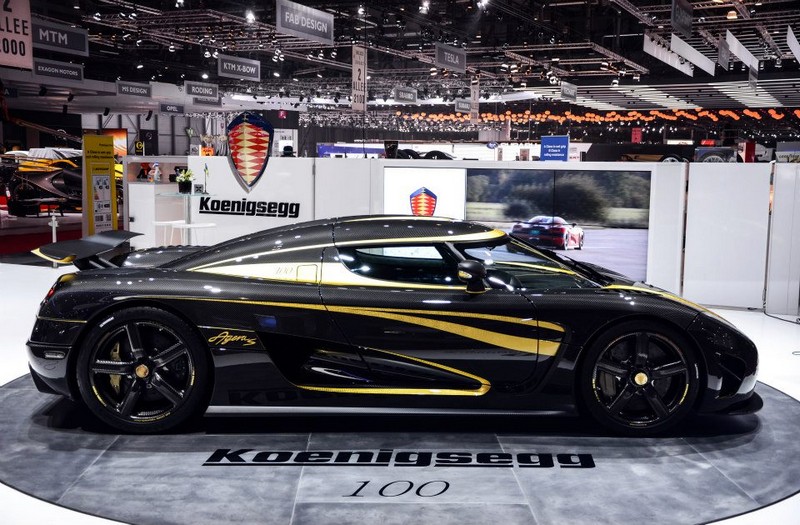 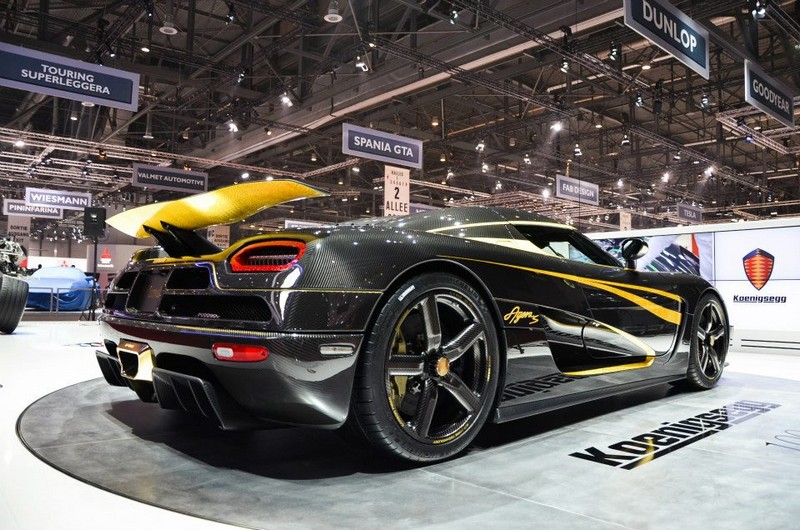 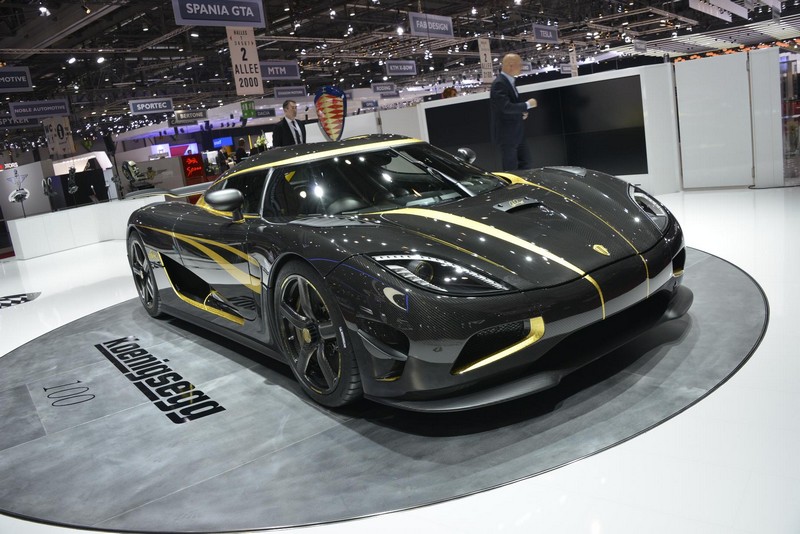 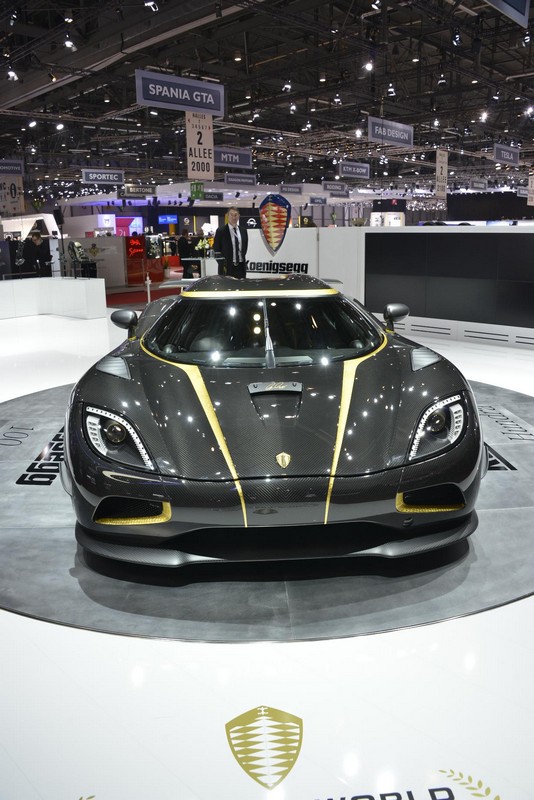 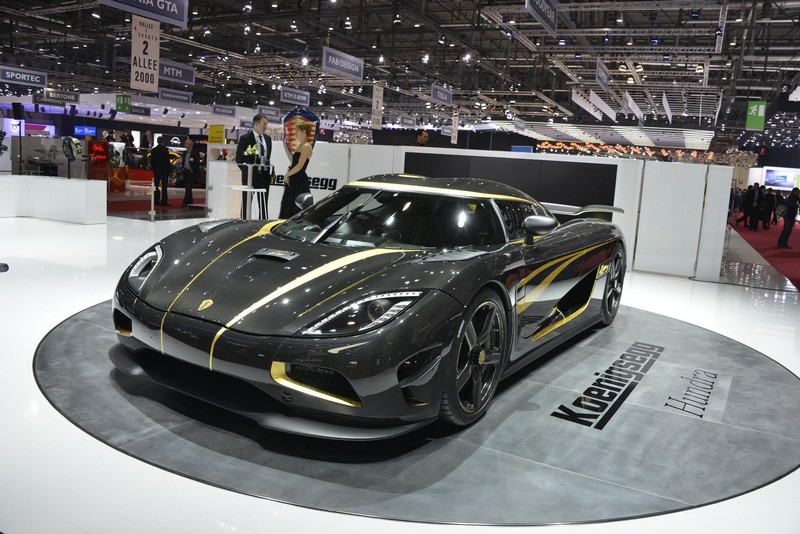 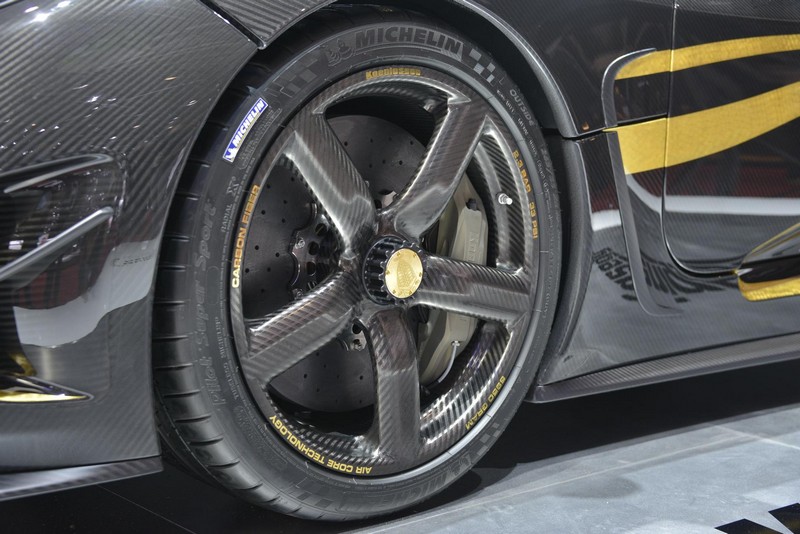 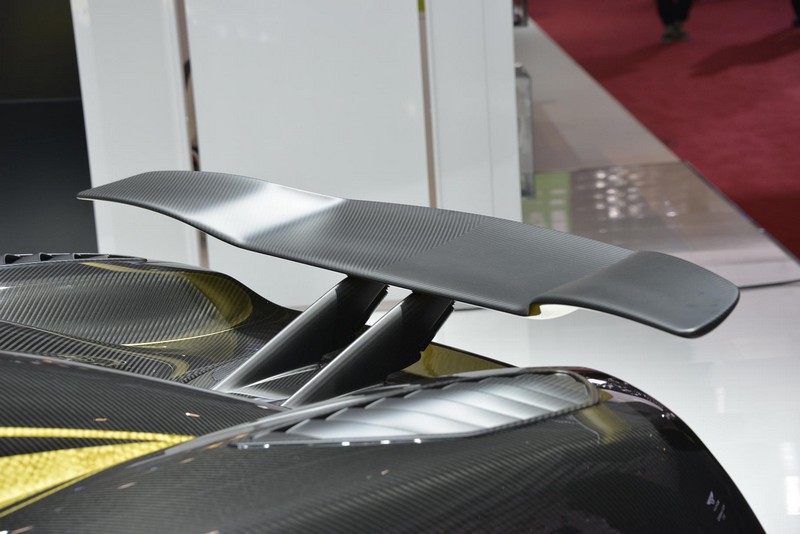 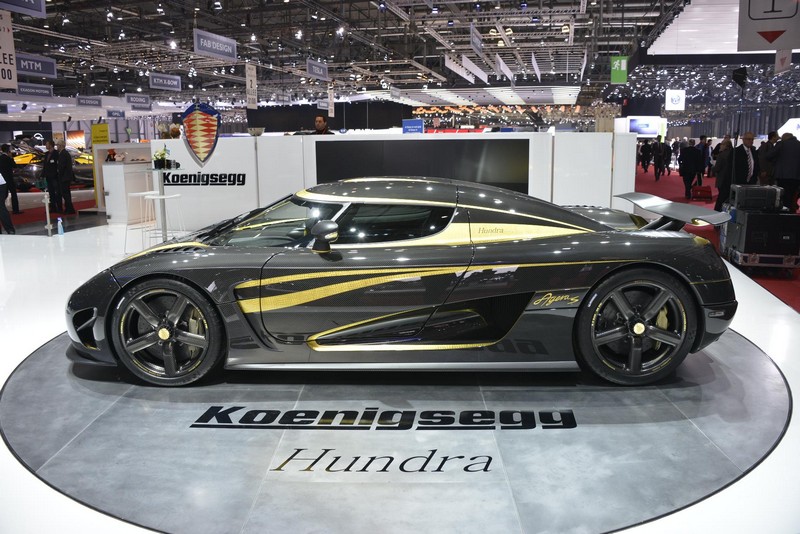 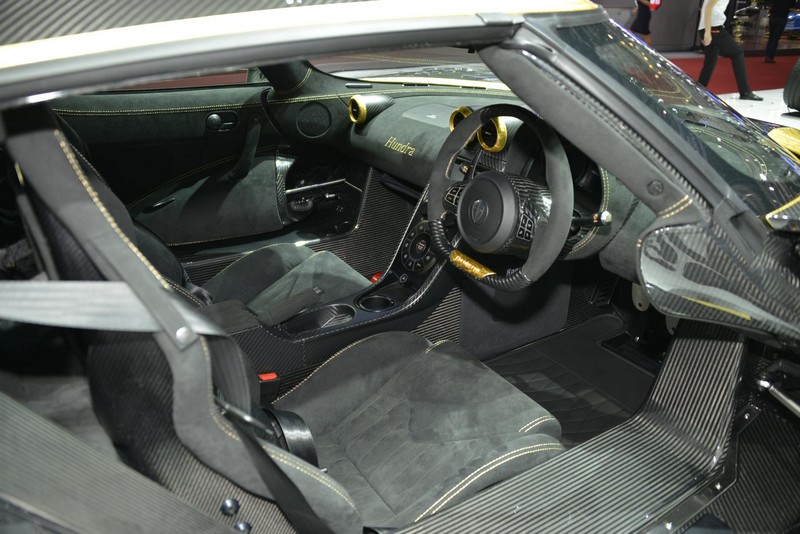 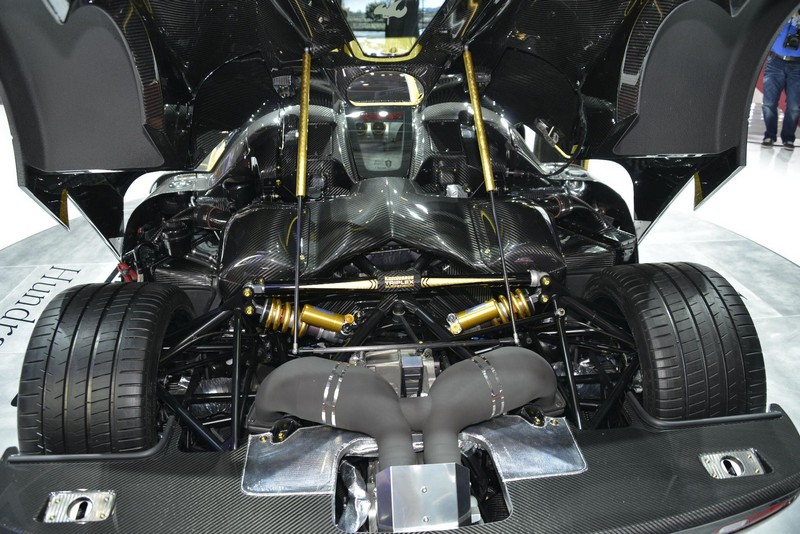 Revealed several days ago at Geneva the one-of-a-kind Koenigsegg Agera S Hundra has been created for a passionate and apparently rich car collector. A unique carbon fiber masterpiece has been finished just on time to celebrate Swedish company’s tenth anniversary. Moreover, this is the 100th Koenigsegg example built, so naturally it comes packed with very special (or better to say, even more special) attributes and features. The list includes stunning Aircore all-carbon fiber wheels and 24-carat gold inlays wrapping the car all around.

Talking about specifications the Hundra shares the same mechanical components as the “standard” Agera S. A mid-mounted Koenigsegg’s aluminum 5-liter V8 engine hides a wide herd of 1030 hp and generates a maximum torque of 1100 Nm. The supercar does 0-100 km/h in 2.8 seconds and reaches a top speed over a magic boundary of 400 km/h.

Perhaps because of such outstanding figure seeing this amazing machinery masterpiece sitting silently under the spotlights is a little bit weird. Also, knowing that Koenigsegg holds at least four world records* for their creations makes us think about an empty racetrack and burning tires. Even lurking peacefully, the Agera S Hundra for sure knows how it’s done.