The Geneva Motor Show sees Renault reveal two new concept cars – Captur and R-Space – as the brand gradually unveils its new approach to design, a cornerstone of its "Renault 2016 - Drive the Change" plan.

R-SPACE: SPACE FOR EVERY INDIVIDUAL

The brief given to the designers was to come up with a simple, sensuous and welcoming family vehicle to express Renault’s new design philosophy in the MPV segment. To achieve this, the designers combined sensuality with a single-volume architecture.

The result is a compact people carrier measuring 4.25 metres in length, and with a silhouette that is flowing, powerful and sporting.

"R-Space brings together qualities long considered opposed: family, functionality, sportiness and sensuality," explains Axel Breun, Director of Design for Concept and Show Cars. "It answers the expectations of a large slice of our modern society."

The tapered profile of the side windows emphasises the dynamic profile, while the large windscreen and panoramic roof – the thickness of which gradually changes – transform the passenger compartment into a cosy cocoon of shade.

The nose of R-Space adapts the new visual identity (centred on the large, vertically-oriented Renault lozenge) to the proportions of an MPV. The body panels are shaped as sculptured volumes, meaning that the eye is drawn much more to reflections and the play of the light than to the lines themselves.

The body design uses strong forms inspired by the human body. "With R-Space, it was the pent-up energy in tensed muscles that inspired me," reveals Fabrice Pouille, exterior designer. "I wanted to make people feel the urge to caress the body, to make it sensuous – despite the fact that this is an MPV aimed at families."

Renault’s strategic sequence of concept car designs brings with it a parallel progression in their colours: starting with the passionate red of DeZir, future concept cars will follow the sequence of the chromatic circle. Coming after the orange employed for Captur, R-Space is clad in honey-gold bodywork.

The theme being that of the family, it was the image of the family Sunday breakfast that provided the inspiration for R-Space’s colours and materials. "The tenderness and warmth of these shared moments find their expression in tones that are hot and 'sweet': the white of the milk, the golden shades of the honey, the brown of the chocolate," explains Laurence Widmer, Head of Colours and Materials on the R-Space concept car. The theme of softness and sweetness is also mirrored in the choice of materials – including suede – which are lush to look at and pleasing to the touch.

As the pioneer of the MPV, Renault is putting forward R-Space to take the notion a step further. To achieve this, the designers took as their starting point the notion that had made the model such a success in the past: the intelligence of the concept itself.

Interior designer Alexandre Gommier explains: "To reinterpret this idea in a modern context, we provided a strong visual and functional contrast between the driver environment, where the focus is on driving pleasure, and a surprising and highly-original rear section conceived as a play space for children."

The scene comes to view as soon as you open the double doors which, unobstructed by any central pillar, give clear access to a spectacular interior designed to trigger strong emotions from the very first glance.

In terms of interior design, the family likeness to the DeZir concept car is clearly visible at the front in the forms of the dashboard and seats. The driver enjoys a cockpit-like environment, with a section of the seemingly floating dashboard being specifically dedicated to driving functions. The interlinking movement suggested by the shaping of the front seat backrests is a return to the idea of a couple in love.

At the rear, the world revolves around children. This is a play space, flexible and infinitely versatile, and formed from a simple and universal shape – the cube. Twenty-seven miniature motors power an array of height-adjustable hexahedrons, allowing four settings to be programmed, from an all-flat surface, to a booster seat, a table or a random configuration (only when the vehicle is parked) for children's games.

The cube is a consistent theme in furniture design but not something one expects to come across in the world of cars: in R-Space’s cabin, however, it is very much in evidence – to the extent of even forming the covering for the floor and door casings.

R-Space is powered by the Energy TCe Concept. Packed with advanced features, this direct-injection petrol engine previews the new range of modular TCe engines that Renault will begin launching onto the market next year.

With a capacity of 900cc, this three-cylinder concept-engine is a product of the Renault-Nissan Alliance. Mated to an automatic EDC double clutch gearbox, it provides the performance of a 1.6 litre engine, with peak power of 110hp/80kW and 160Nm of torque.

Its CO2 emissions have been kept to just 95g/km, equivalent to fuel consumption of just 3.7 litres/100km.

To further reduce fuel consumption and pollutant emissions, R-Space is fitted with a system known as DRIVINGECO². With a simple push of the "Eco" button, this system automatically adapts engine response in relation to the various parameters influencing energy consumption (altitude, ambient temperature, use of heater, etc).

The "DRIVINGECO² Conseil" setting alerts and informs the driver as to the best way to drive economically and safely.

R-Space is also equipped with the Visio-System which is based on a forward-facing camera dedicated to driver-assistance features. The "DRIVINGECO²" function captures information concerning the vehicle’s surroundings (traffic lights, pedestrian crossings etc), enabling the "DRIVINGECO² Conseil" function to indicate to the driver the best way to drive economically in each situation.

When the camera detects a set of traffic lights changing from green to red, for example "DRIVINGECO²" advises the driver to stop accelerating. If, on the other hand, the camera detects a clear road ahead, and if the clear distance ahead permits, the advice would be to accelerate briskly to reach the required cruising speed.

At the end of the journey, the "DRIVINGECO² Score" function rates the driver’s eco-driving performance, detailing various parameters such as the use of brakes and engine braking. This helps the driver to evaluate his or her own eco-driving technique and benefit from the appropriate advice.

The fun side of improving one’s eco-driving performance is something that can also be shared in real time with the passengers: children in the rear playing video games on the screens inset into the head restraints automatically receive bonus points if the driver achieves a particularly good eco-score on a section of the journey. 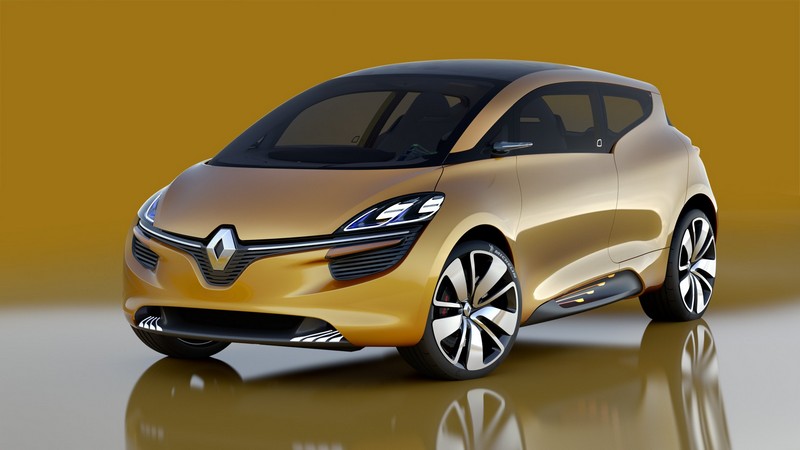 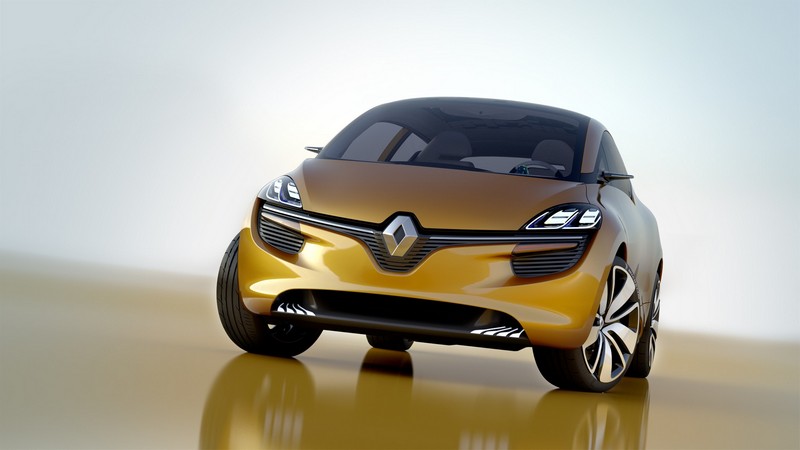 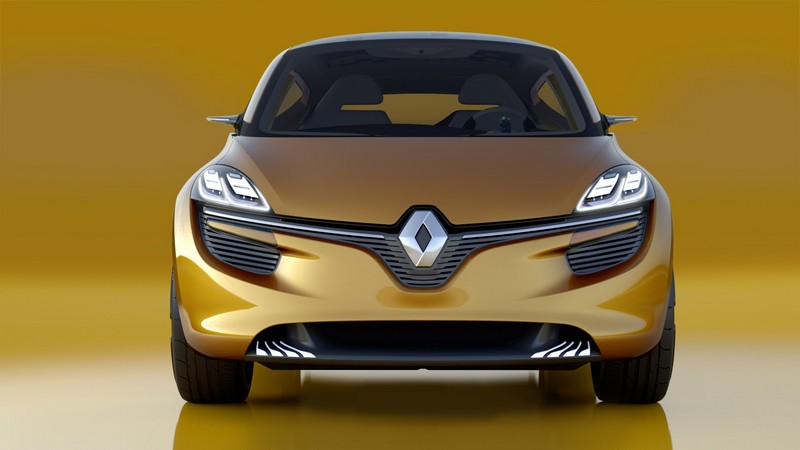 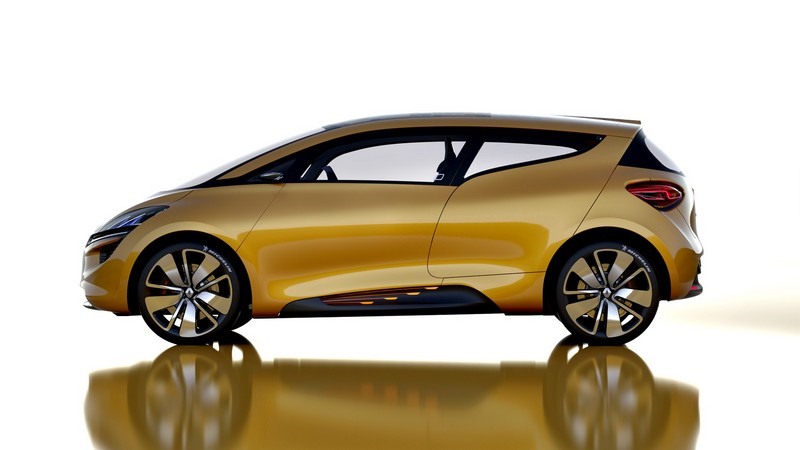 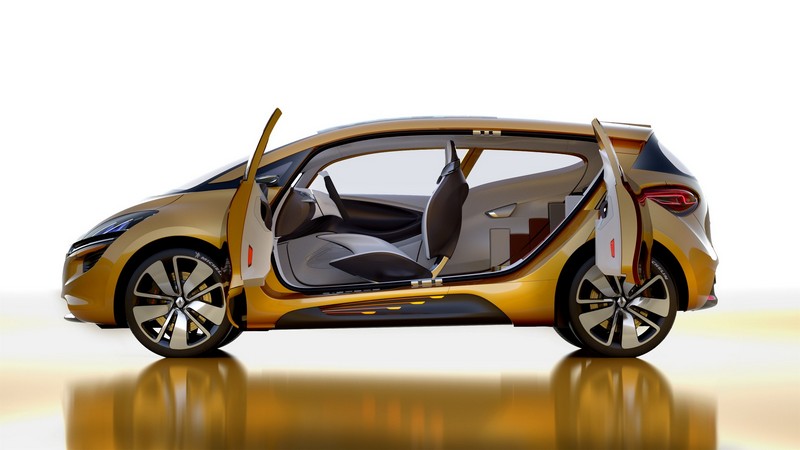 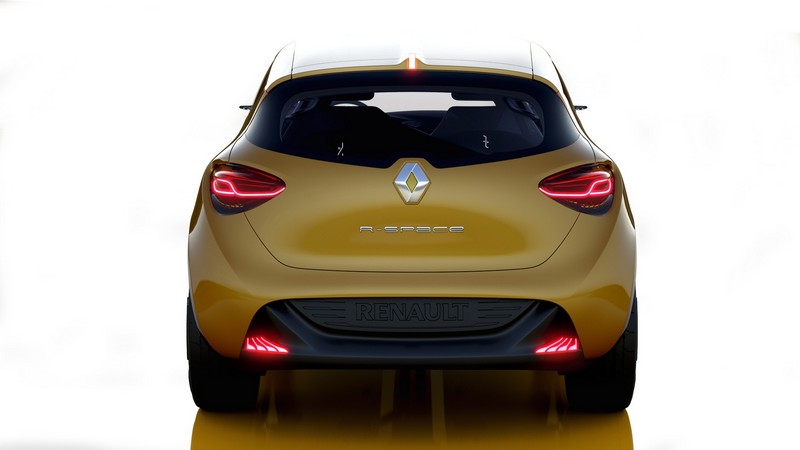 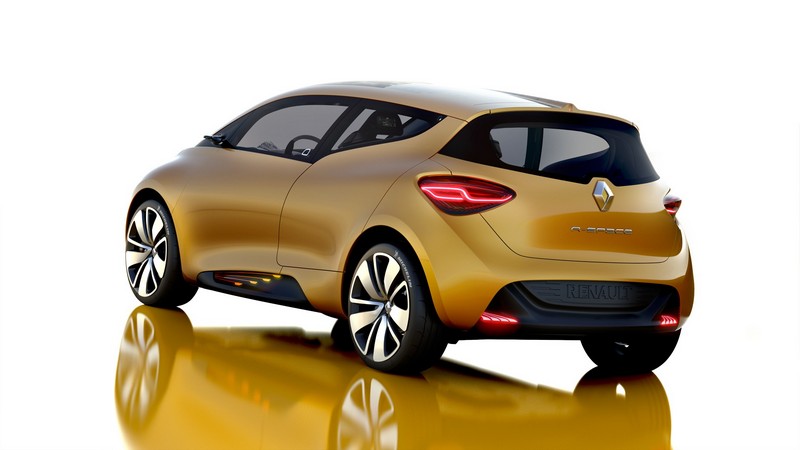 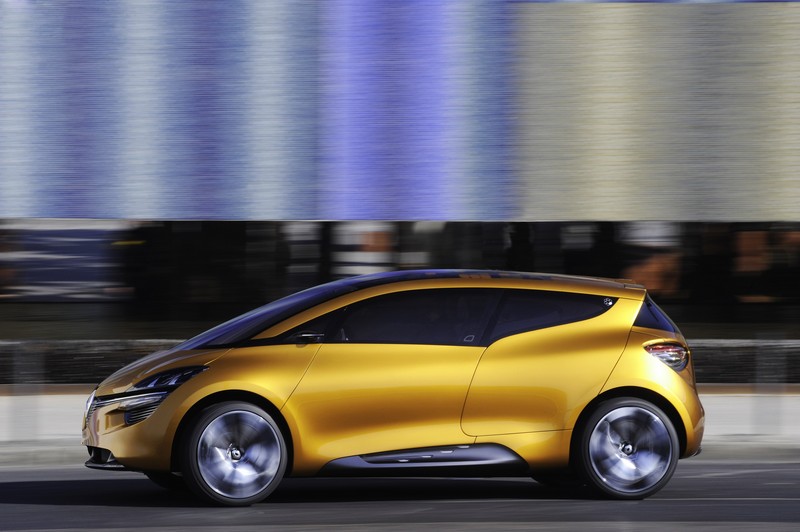 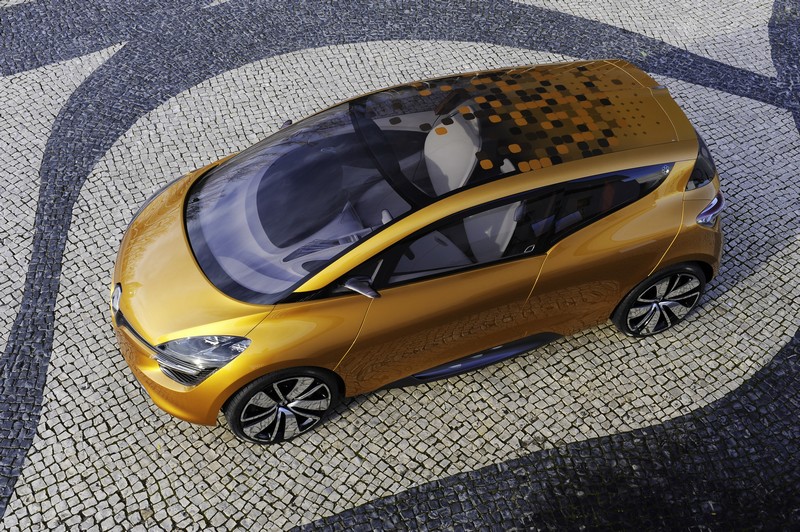 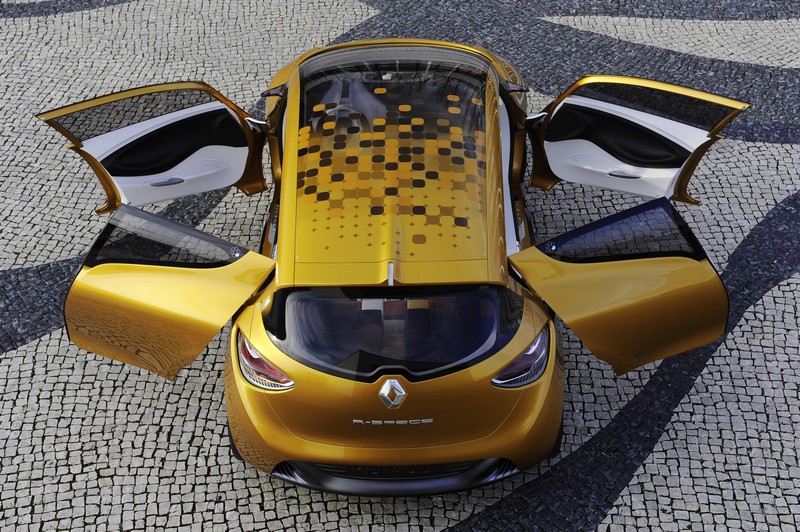 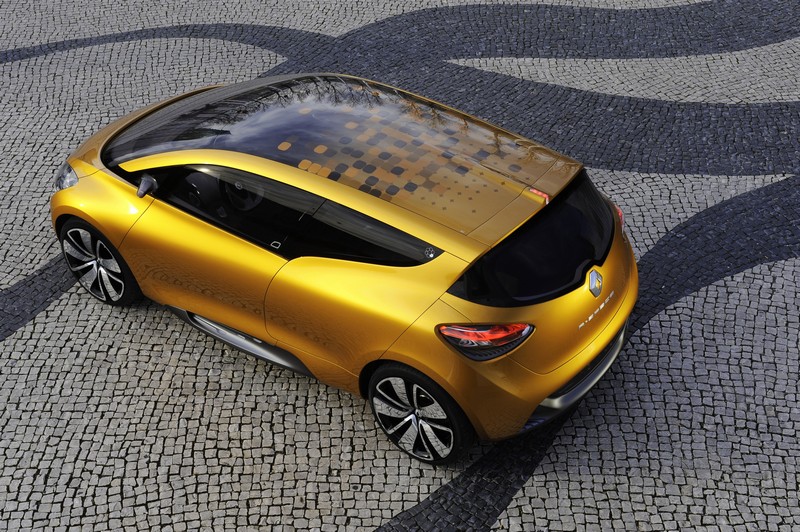 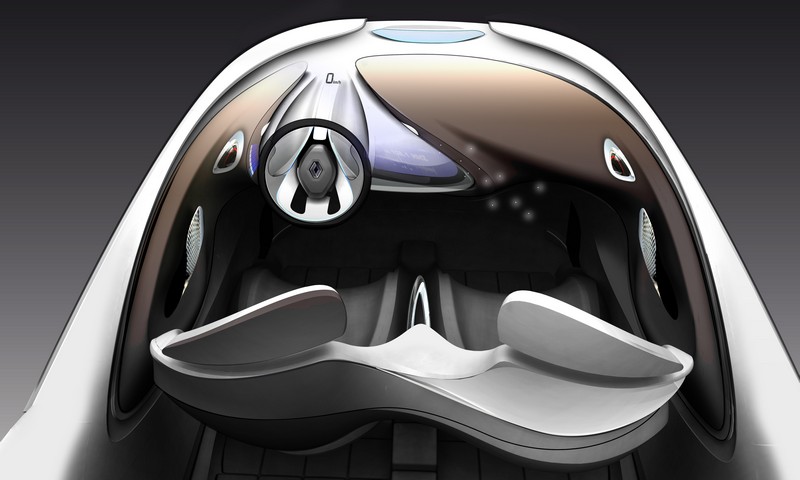 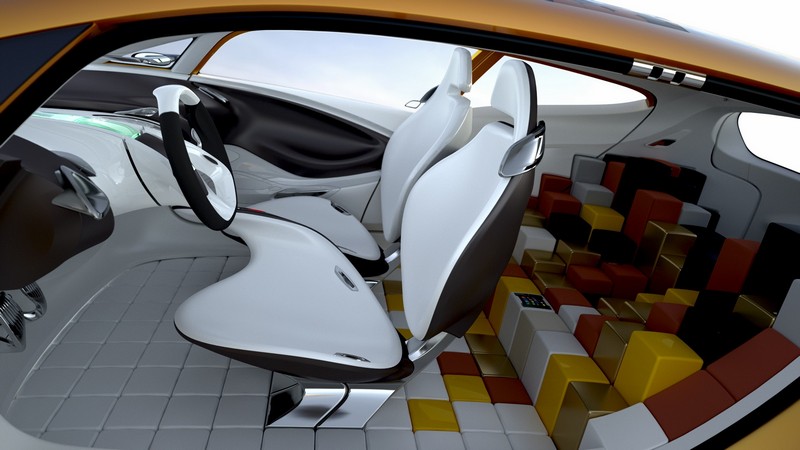 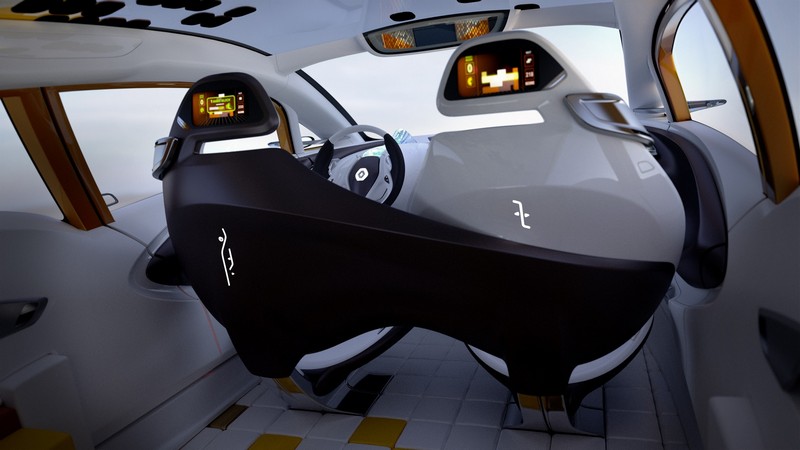 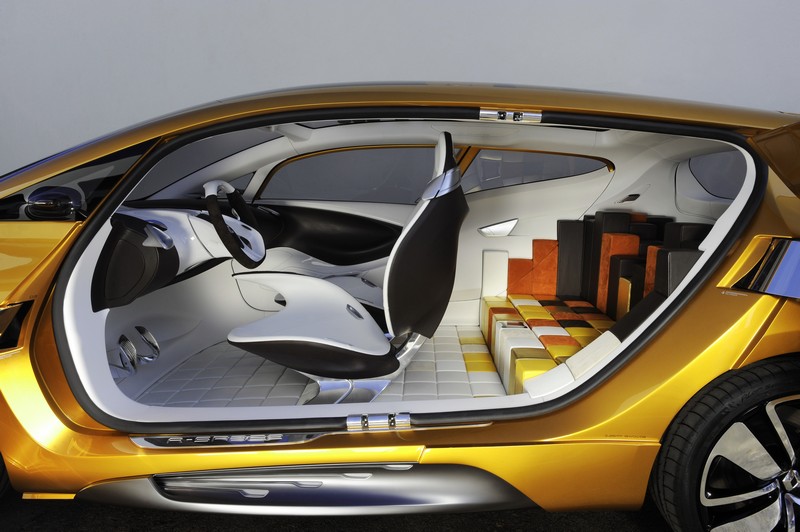 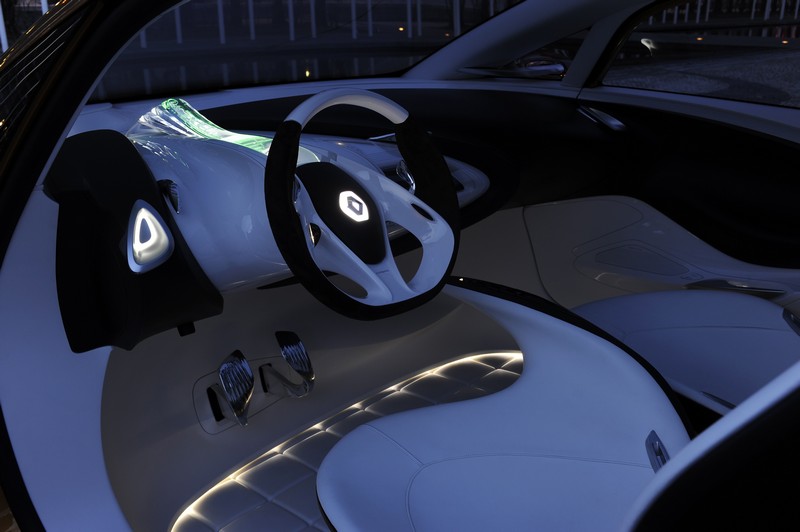 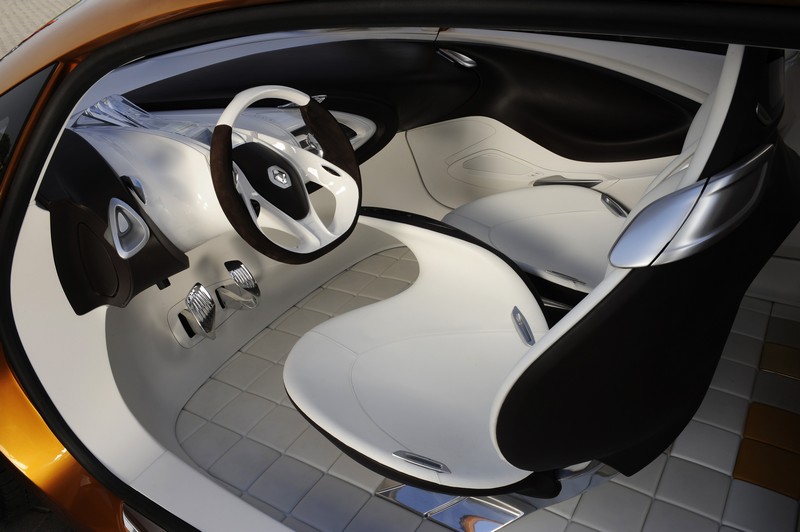 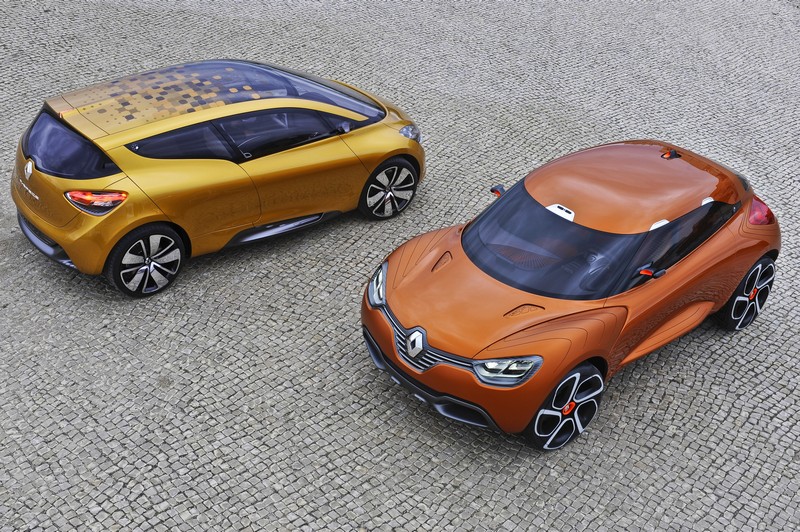 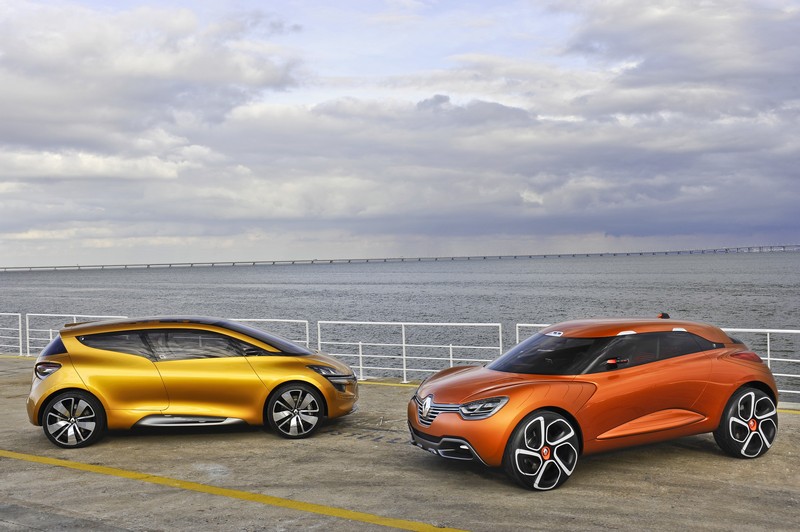 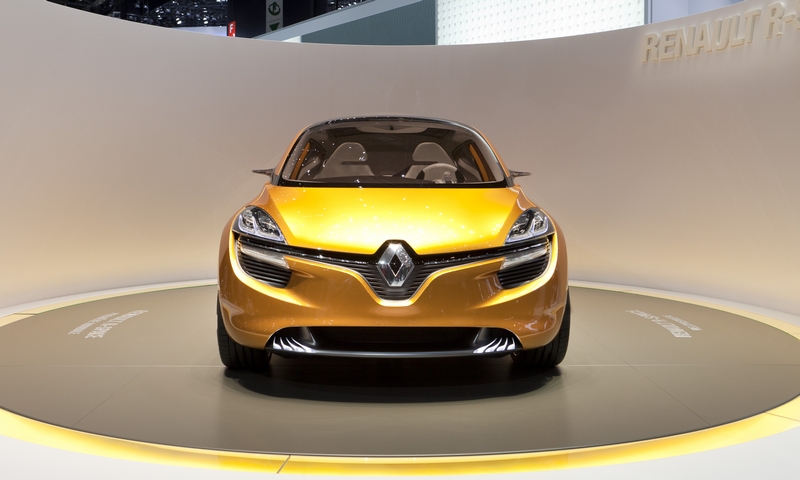