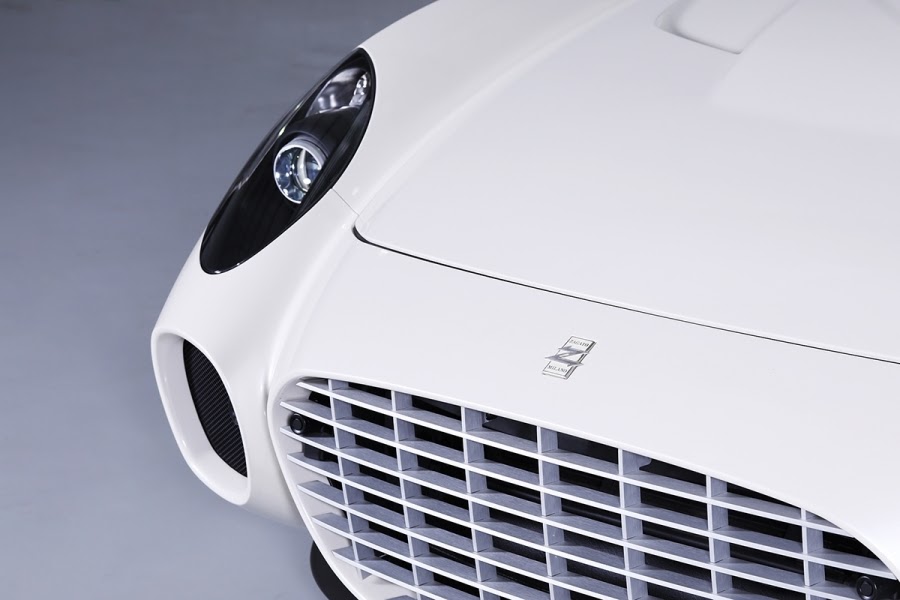 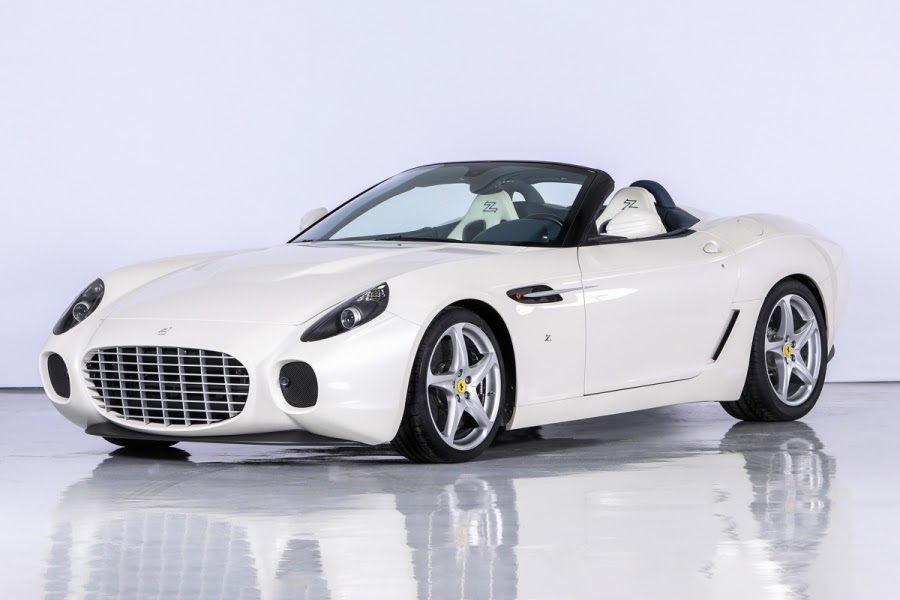 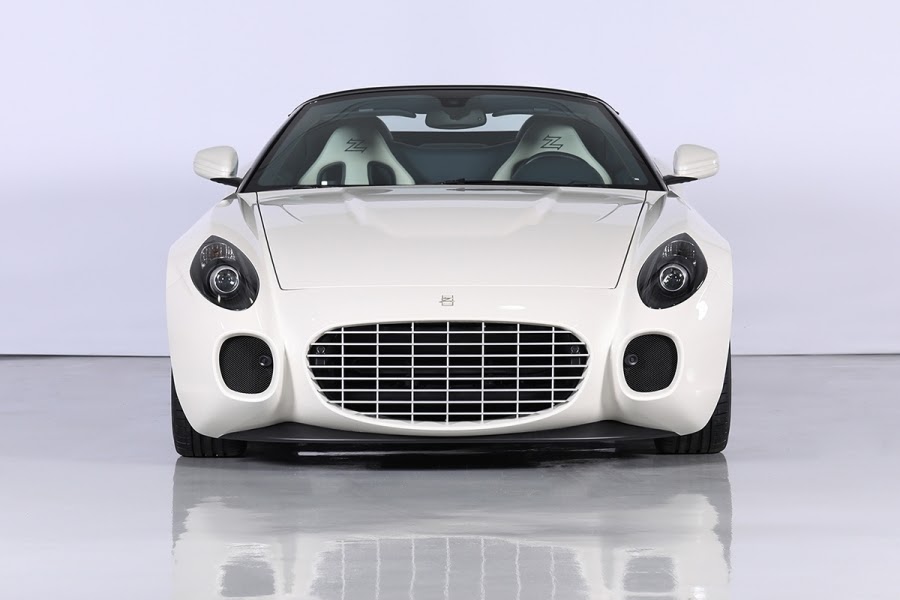 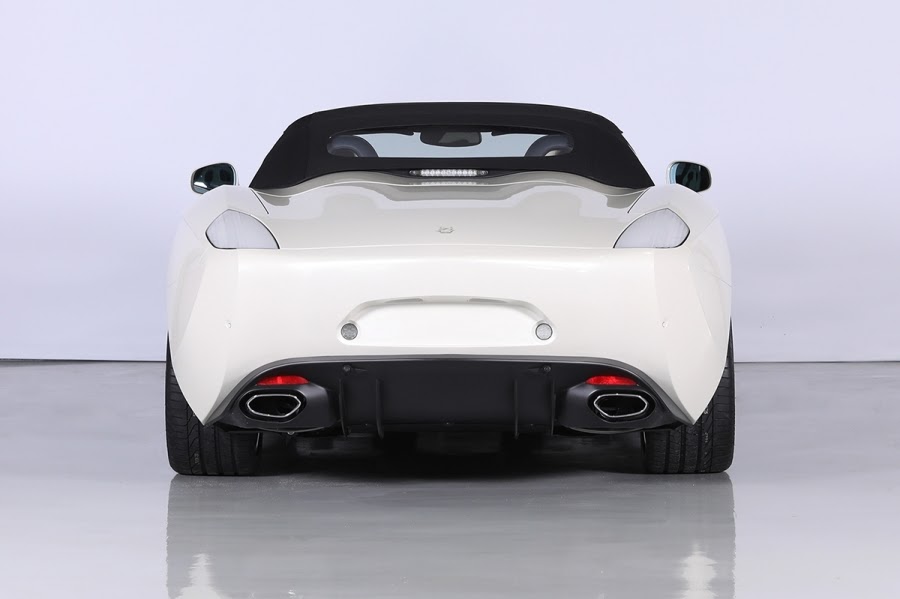 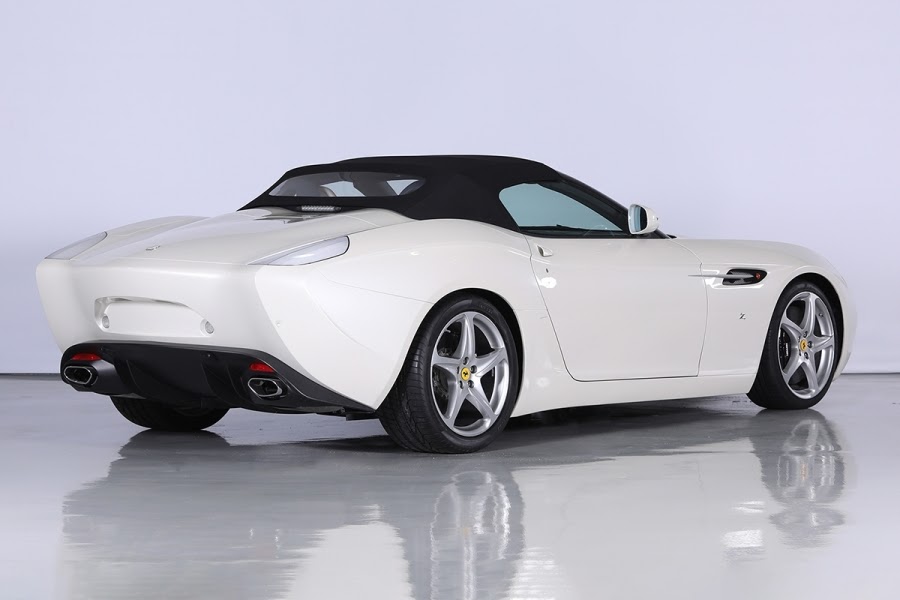 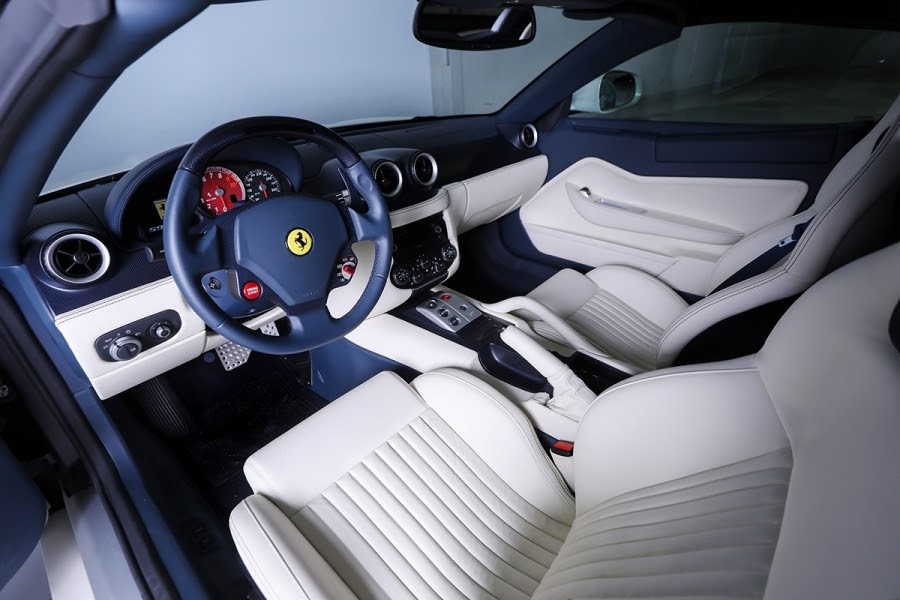 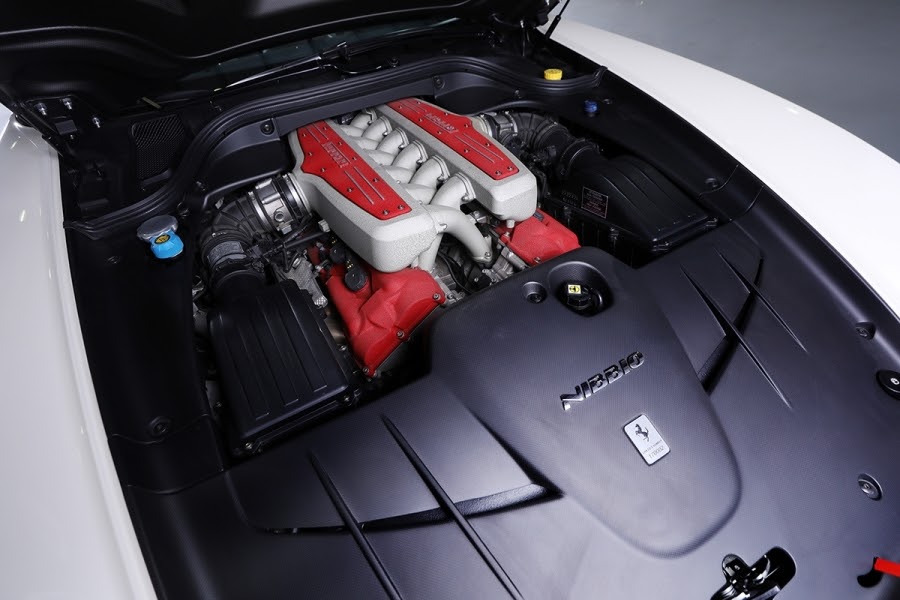 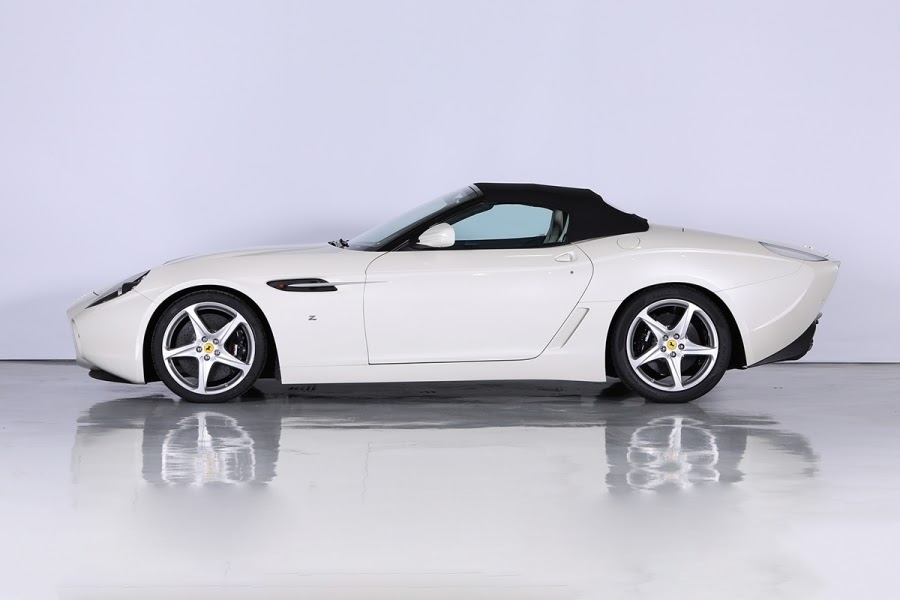 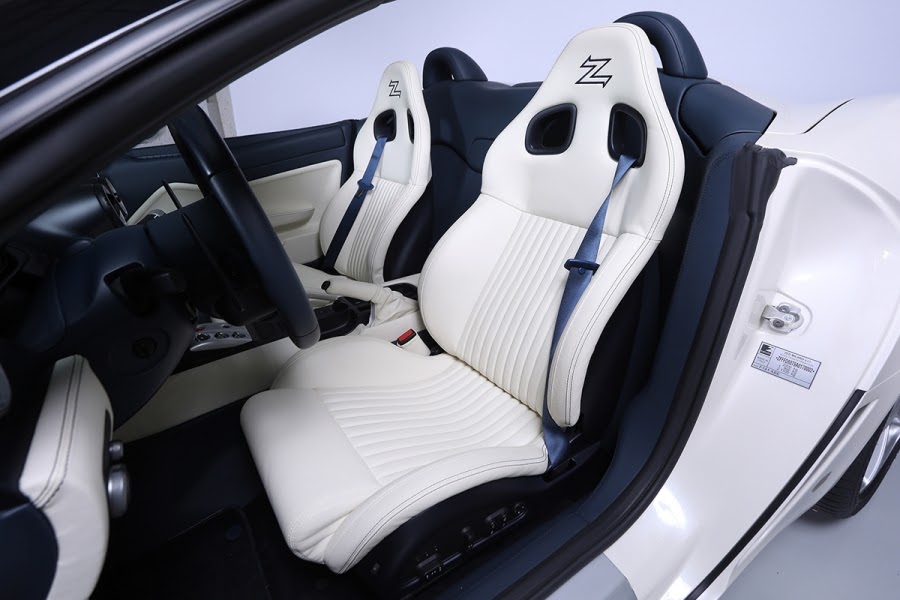 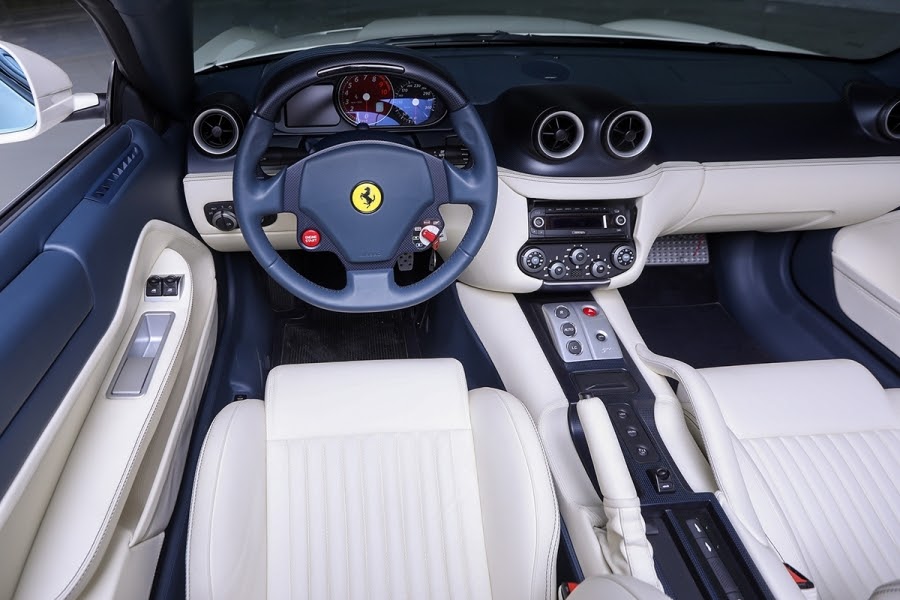 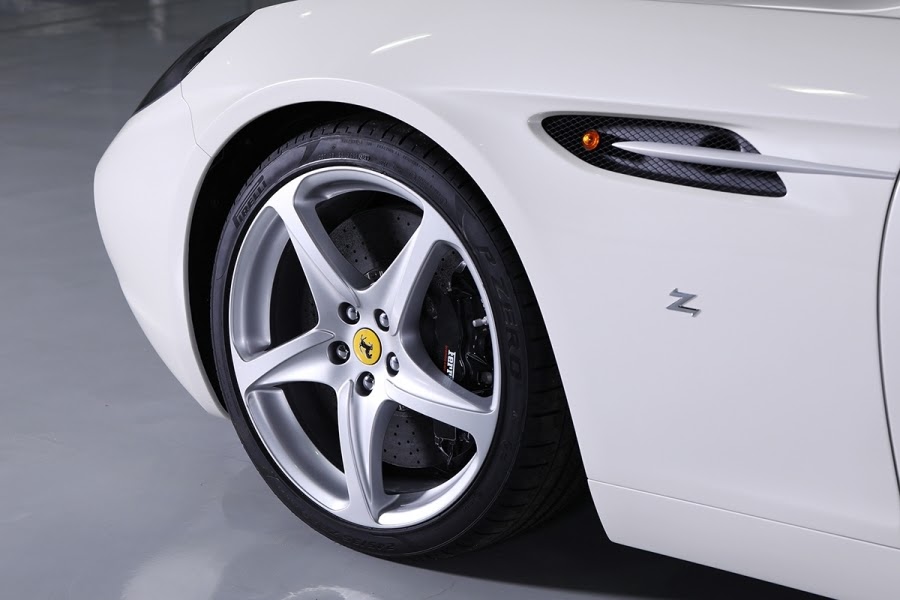 - Only nine were built of which only two were Spyders

Since the conversion, the car has remained on display and has not been used

In 2004, Ferrari entered a new era in styling with the mid-engined F430 and followed that success with the front-engined 599GTB in 2006. Dramatic, aggressive and beautiful, the 599’s styling was some of the most harmonious in a front-engined Ferrari since the Daytona, redefining the ideal with a sharply defined shape and organically sculpted details. The cabin’s pronounced rearward placement allowed the 599 GTB’s naturally aspirated, fuel-injected 6.0-litre/611bhp V-12 to be positioned far back in the car’s chassis, resulting in excellent front-rear balance. The optional F1-Superfast 6-speed transmission was designed to change gear in as little as 100 milliseconds, approaching actual F1 levels meaning that the 599 GTB could launch from 0 to 60 MPH in 3.7 seconds and continue accelerating hard up to 205 MPH. Like the Maranello that preceded it, the 599 GTB’s electronically controlled adjustable suspension could be programmed for various driving conditions, but response time was increased almost fourfold with the switch from electric motors to magnetorheological shock absorbers. The 599’s interior was voluptuously sculpted and a wonderful blend of leather and carbon fibre with seats that were clearly inspired by those of the Daytona.

However, there is always someone who wants something just that bit different and, in 2007, the legendary Italian coachbuilders Zagato were asked to create something special from a customer’s Ferrari 599GTB. The customer wanted something that was distinctive yet obviously Zagato and, some months later, the 599 GTZ Nibbio was unveiled. It was the latest in a long, fine, often wild line of creations from a company that had been modifying cars for nearly 100 years and managed to include all their regular styling cues, the bulbous nose, wide grille, powerful haunches and the signature “double-bubble” — a long-established Zagato calling card. It is difficult to see any elements of the 599’s design remaining in the Nibbio. The front of the car bears a resemblance to those iconic Ferrari racing cars of the early Fifties with its large egg-crate grille and air intakes where the headlights of the older cars would have been but the rear is absolutely unique and definitely opinion-dividing. However, it obviously found favour and Zagato ended up building a total of nine Nibbios, two of which were Spyders.

The name Nibbio refers to a type of Kite found in Italy and, while it seems unusual to call a car of this nature after a bird of prey, it all becomes clear when you look at the definition of Nibbio in an Italian dictionary and it reads; “Beautiful, extremely fast and very agile with a distinctive tail.”

Dating from 2010, this 599 GTB had covered a mere 10,477km when it was sent to Zagato to be converted to a Nibbio. Finished in sparkling white with a fabulous interior, it's one of only two Nibbio Spyders and has not been used since the conversion.