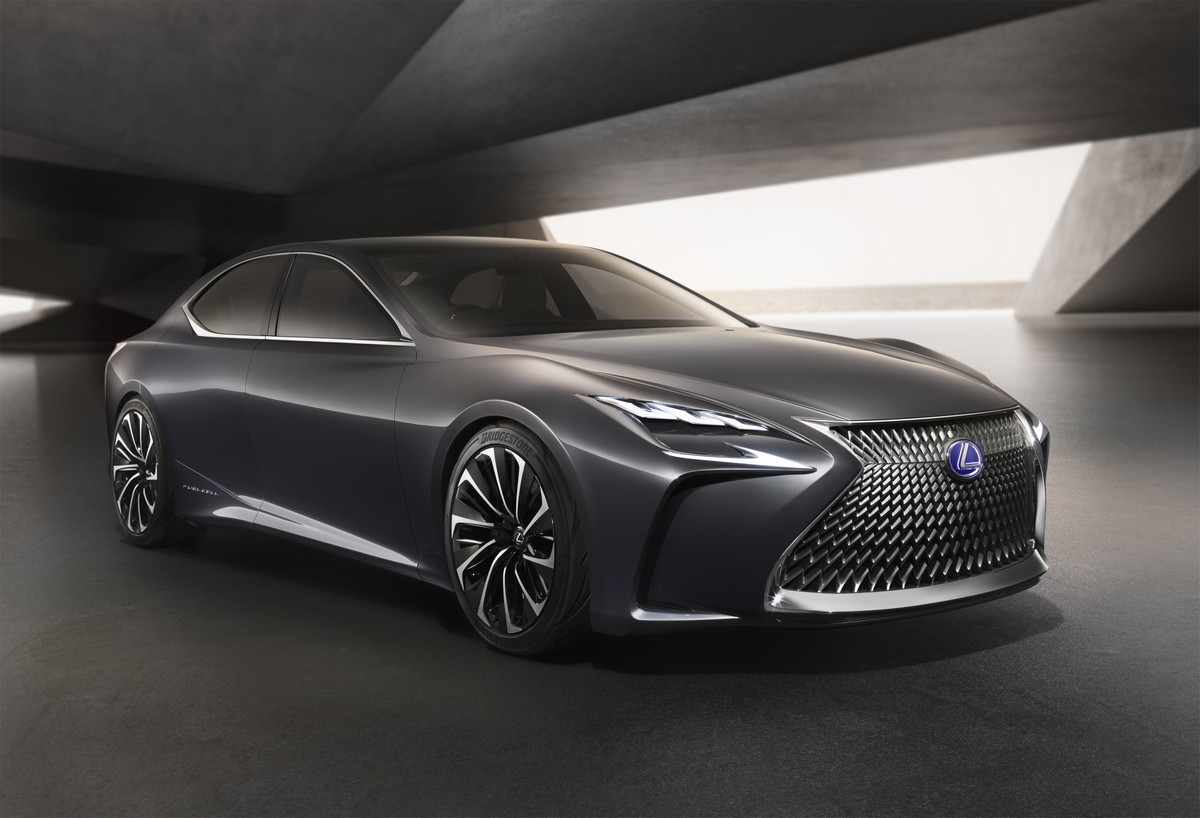 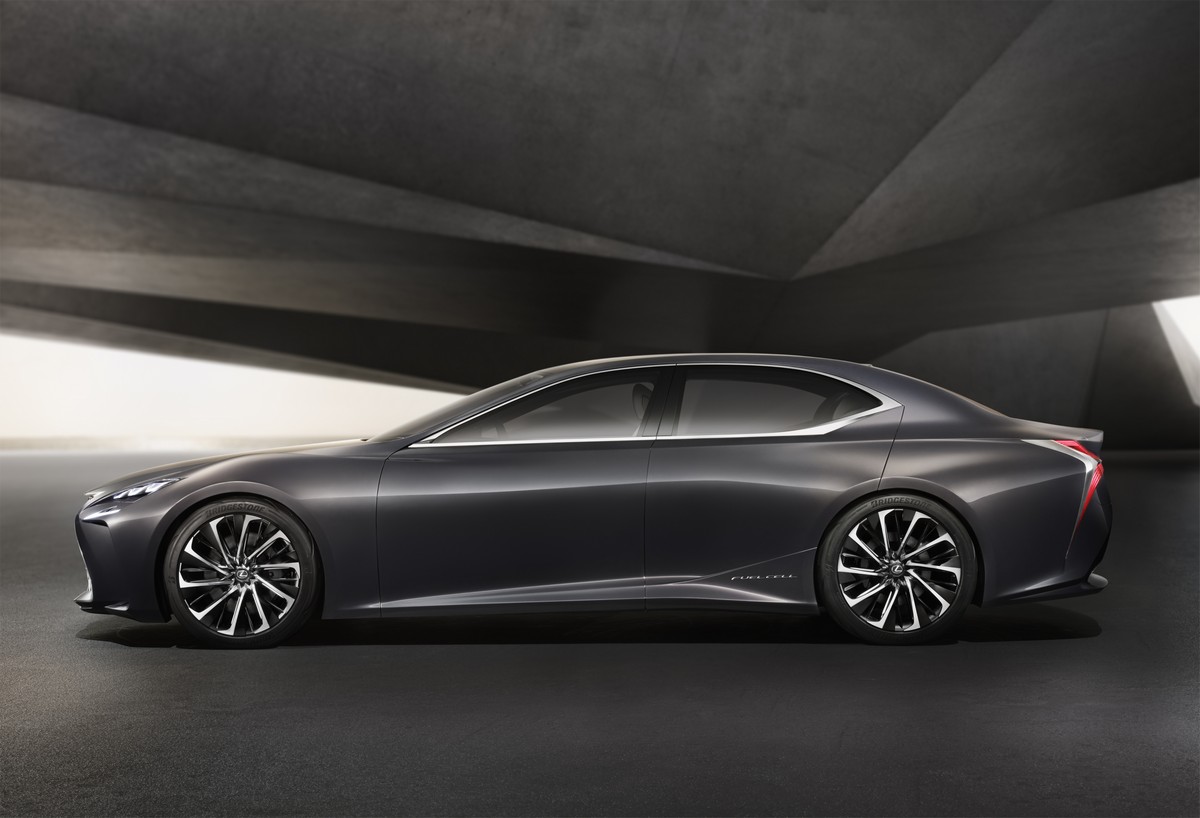 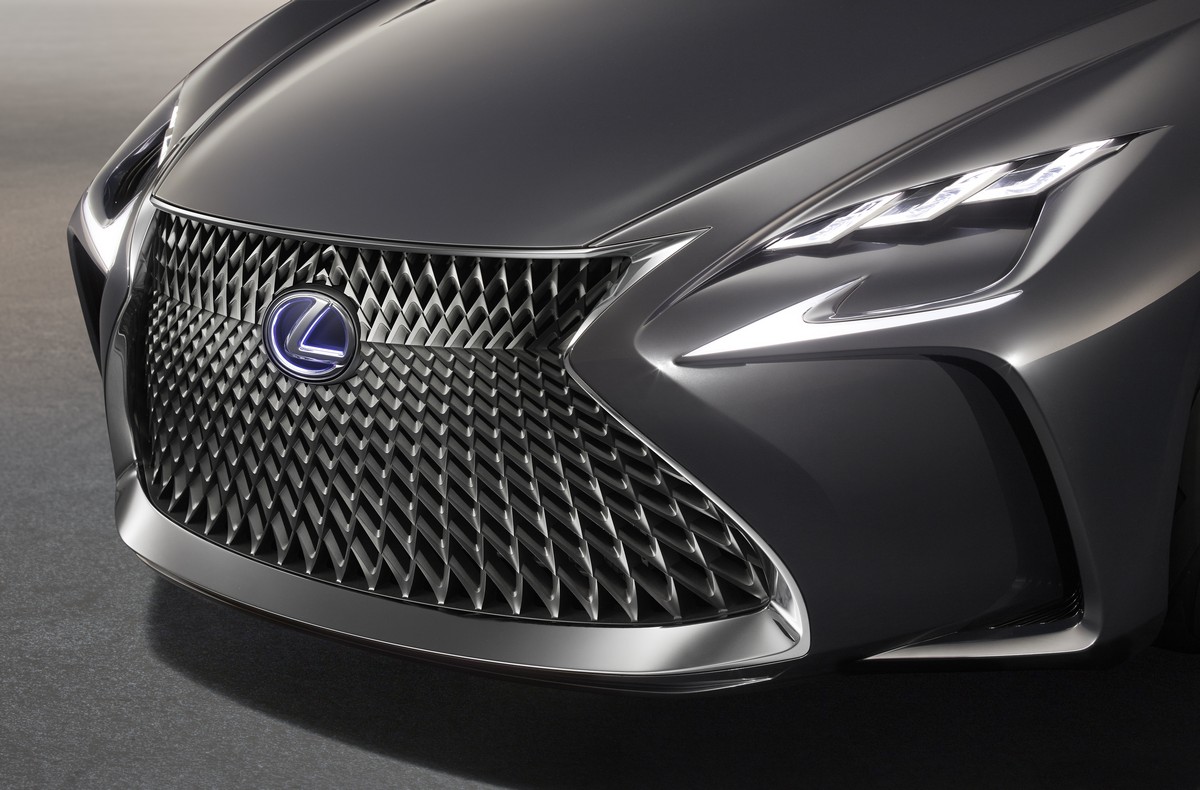 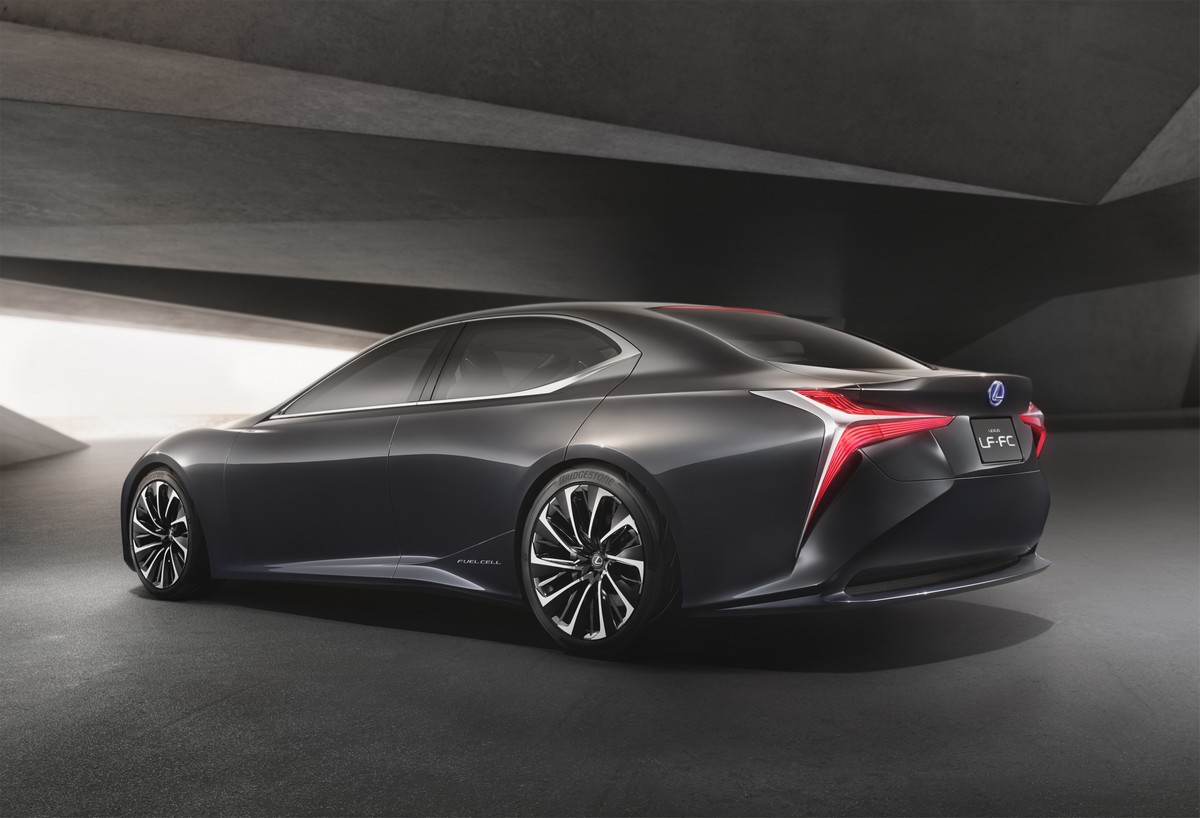 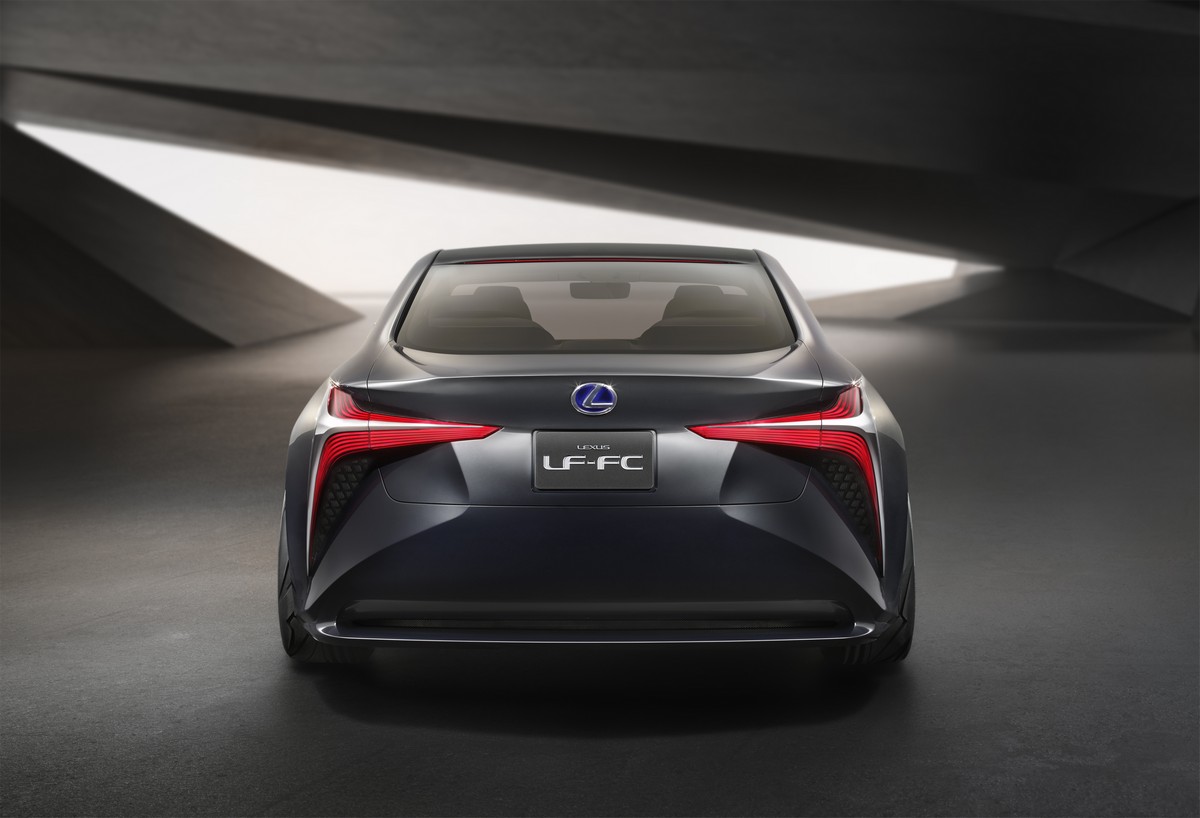 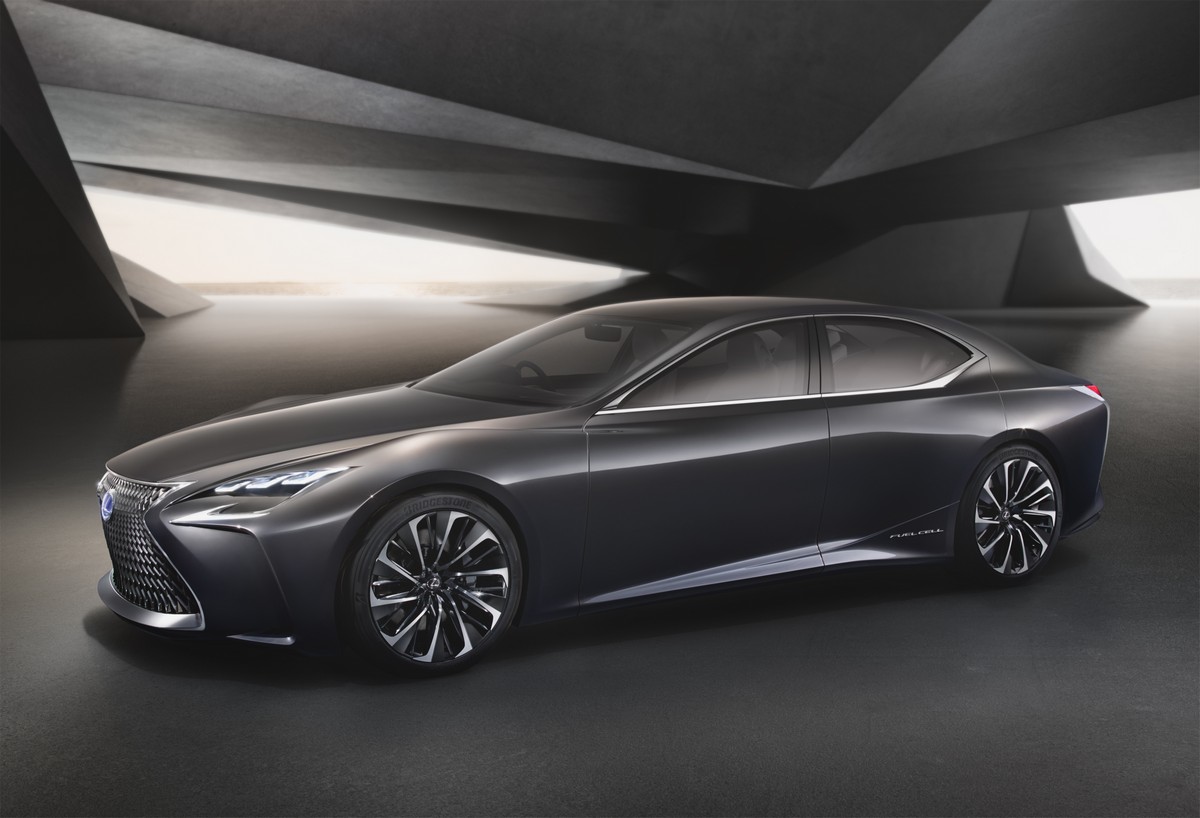 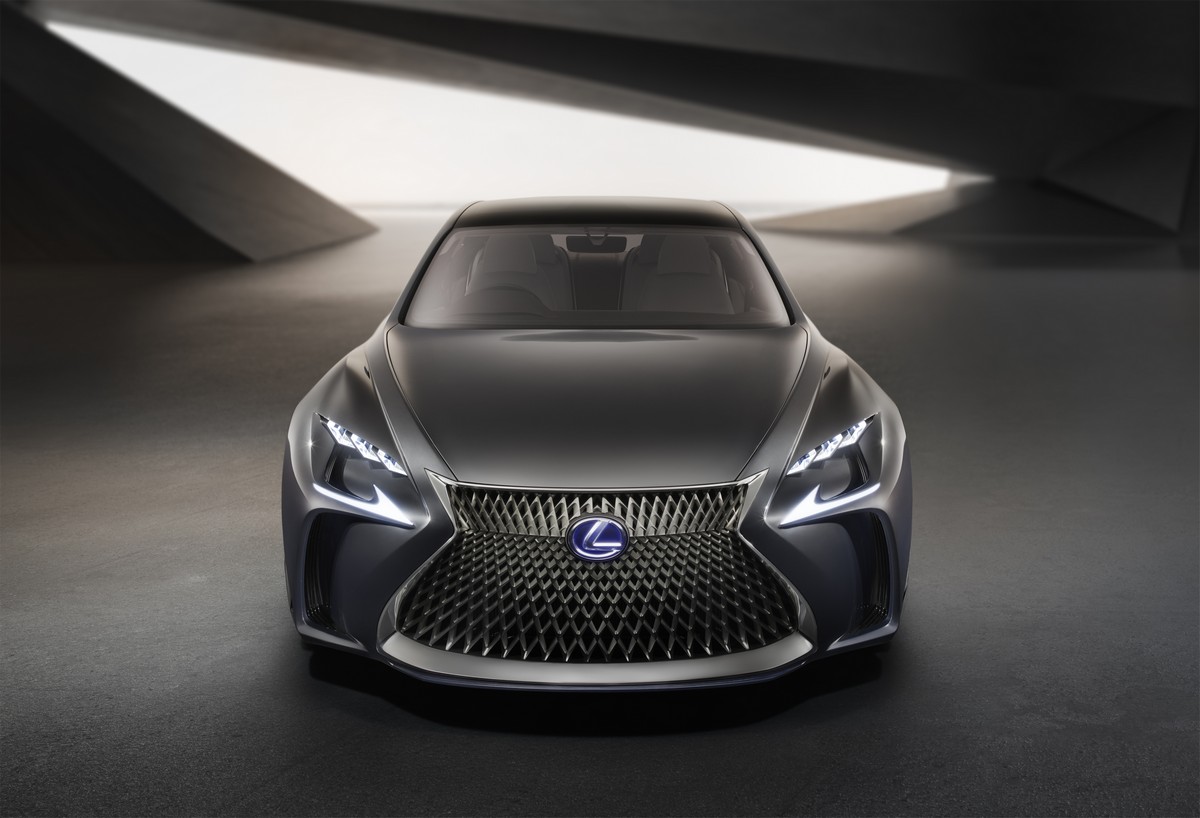 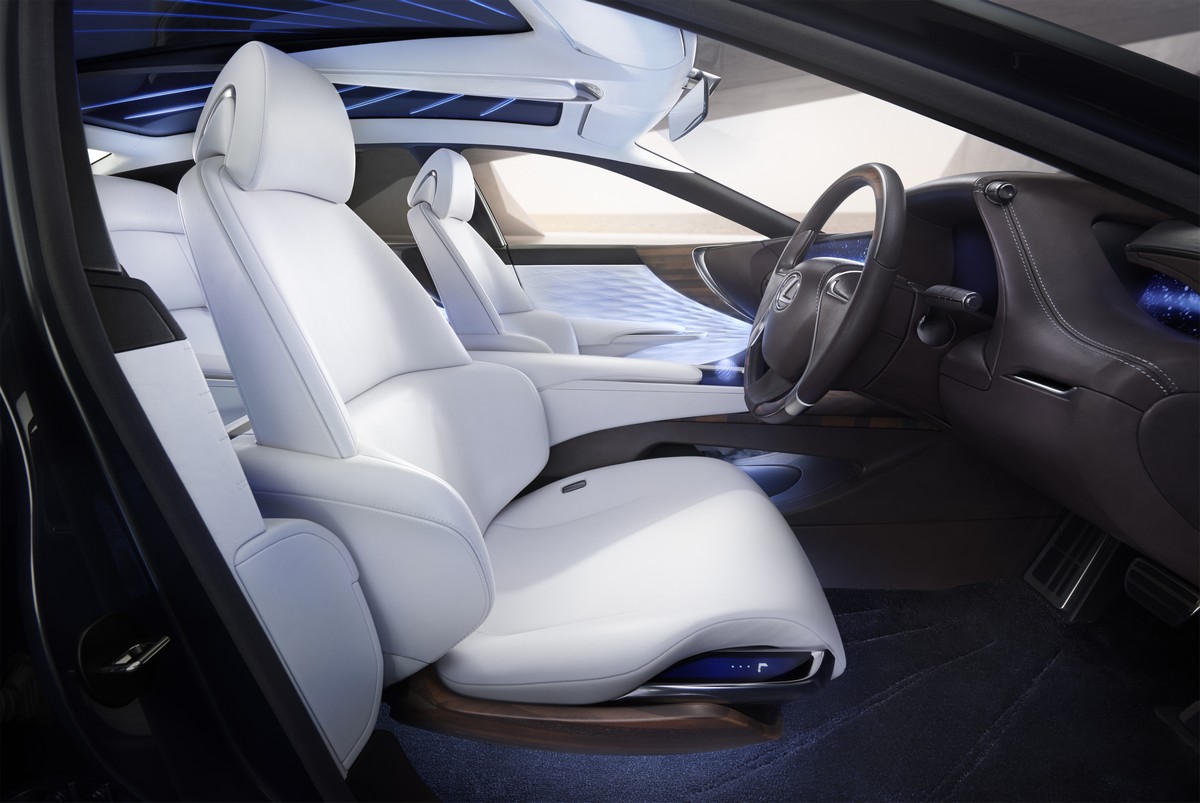 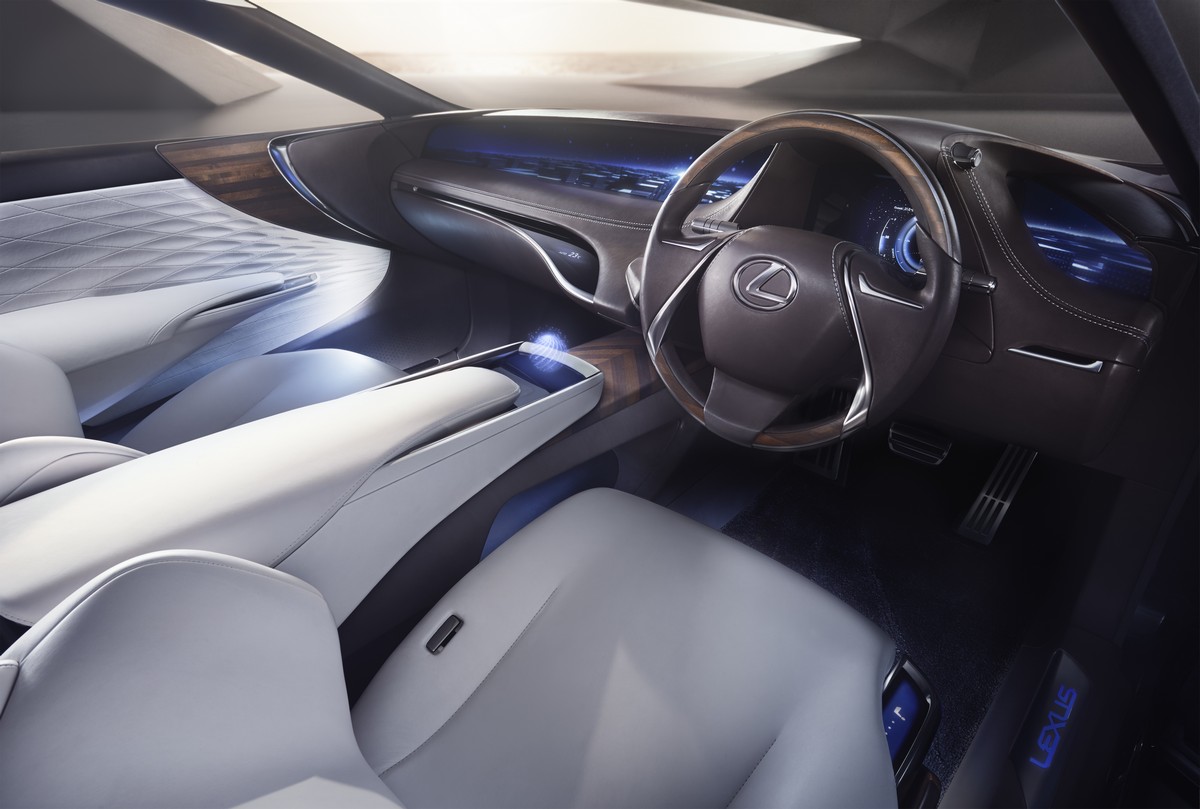 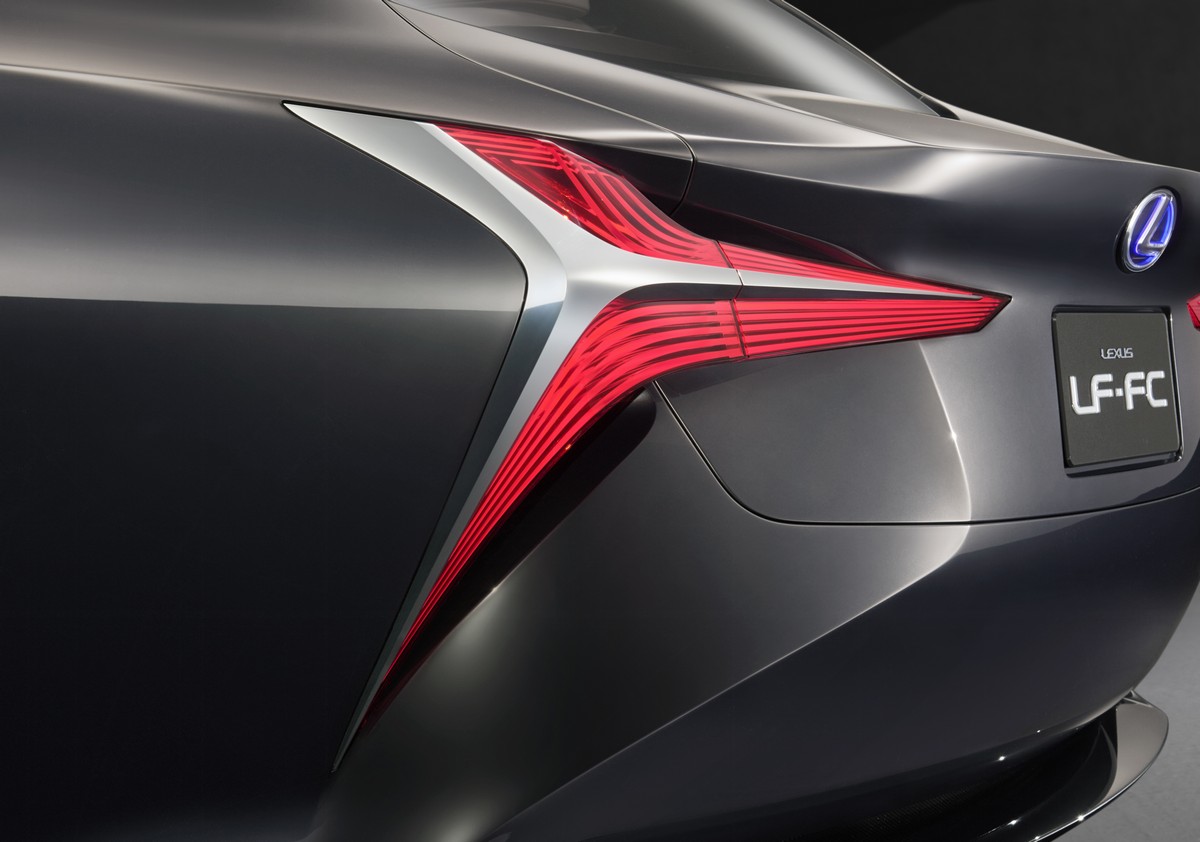 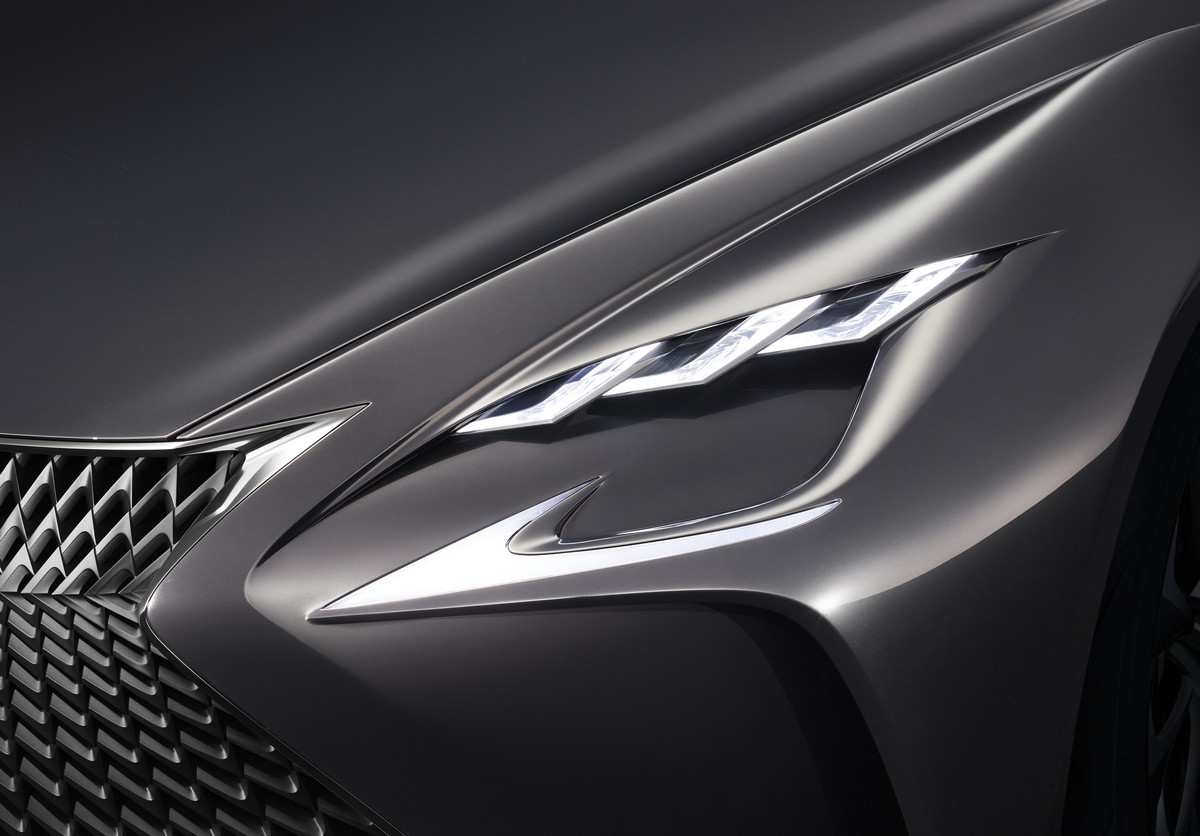 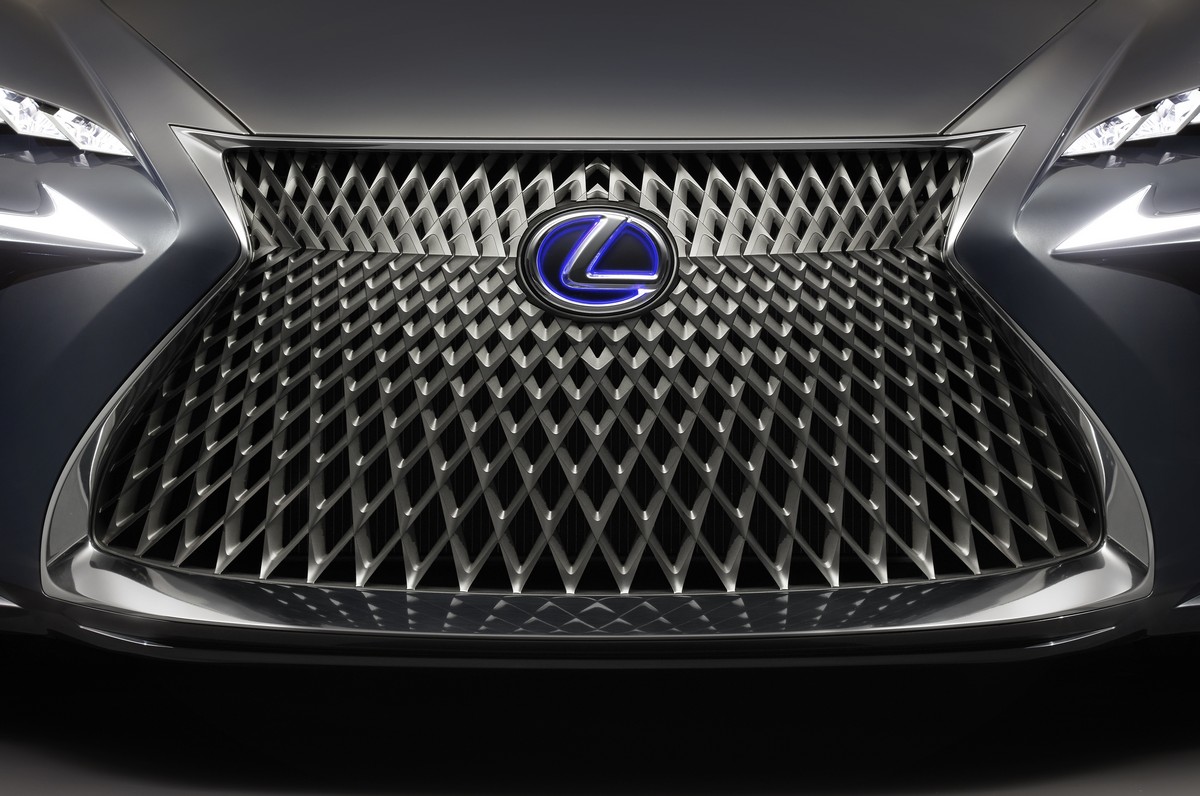 Lexus pulled the wraps off its visionary LF-FC concept at the 2015 Tokyo Motor Show today, offering a peek into the design and technology of the Japanese luxury marque's future flagship sedan.

Strategic placement of the fuel-cell stack at the rear of the vehicle, power control unit at the front and T-formation configured hydrogen fuel tanks result in optimal front and rear weight distribution for a sports sedan.

The styling package includes an evolved version of Lexus' signature grille with a new mesh design and floating "L-shaped" daytime running lights (DRLs), which extrude from the front fenders.

The rear is characterised by striking new taillights that adopt the same floating theme as the DRLs, while the roofline flows from front to rear in the manner of a sleek, four-door coupe.

The spacious interior of the LF-FC has been designed to wrap its occupants in a comfortable yet futuristic environment while providing the driver with a highly functional cockpit.

The cabin has been designed in two sections, top and bottom. The top conveys a sense of openness, allowing the driver to concentrate on the road ahead without feeling constrained.

The front seats when viewed at eye level appear to be floating, while the rear seats offer a reclining feature and ample head and knee space.

An advanced human machine interface that can be operated by simple hand gestures, without the need to touch a panel or controls, highlights the LF-FC's new technology.

A small holographic image on the centre console indicates where the system can interpret hand gestures to control the audio system and ventilation.

The LF-FC also features advanced automatic driving technologies including elevated traffic environment recognition, prediction and judgment function to provide a safe and efficient driving experience for its occupants while supporting the vision of a world without traffic accidents.

"For us, it is more than just a car, and we should exceed conventional imagination. The LF-FC expresses our progressive luxury and high-tech vision of a not-so-distant future."