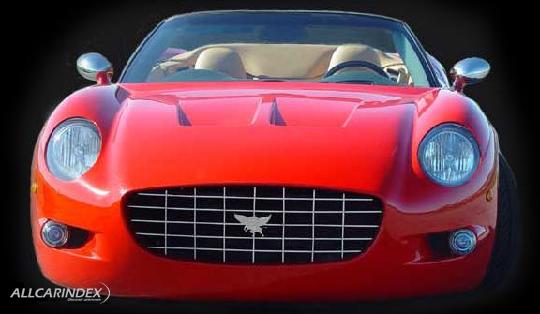 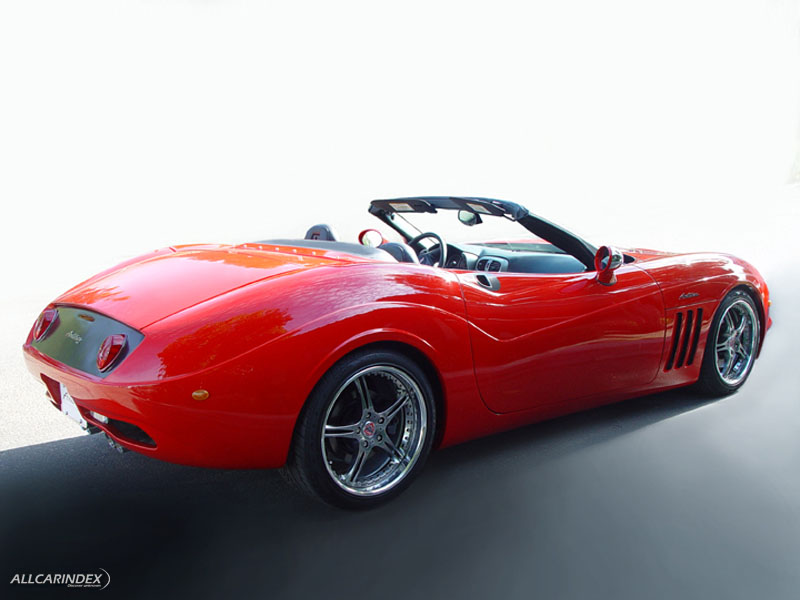 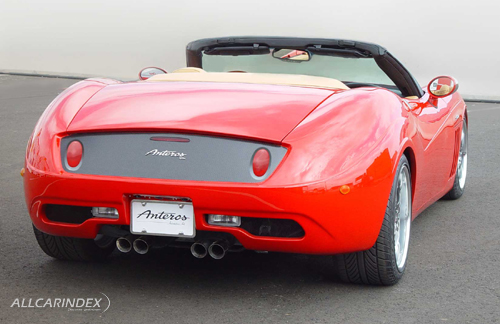 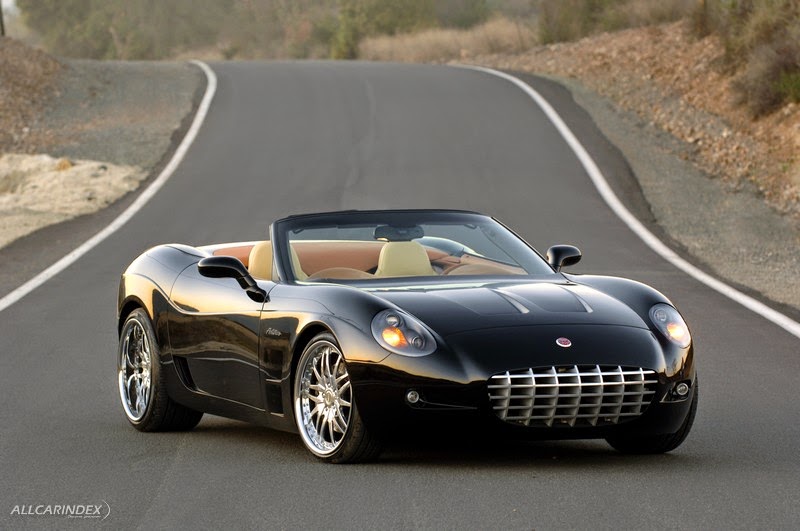 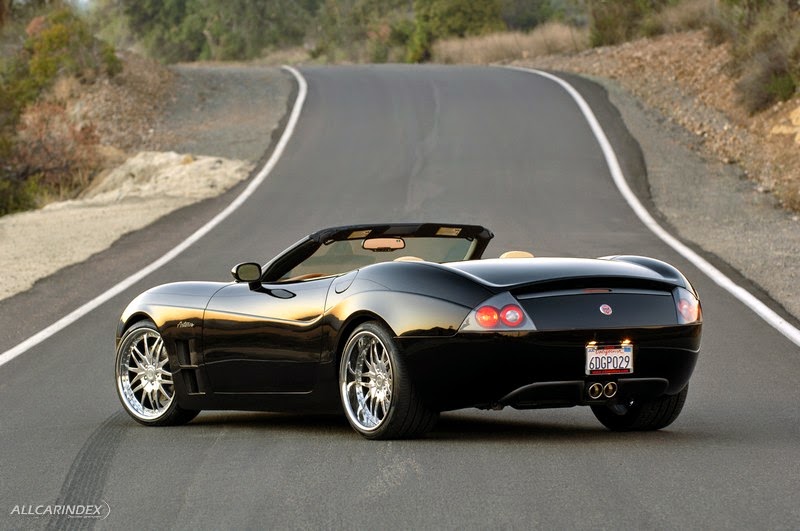 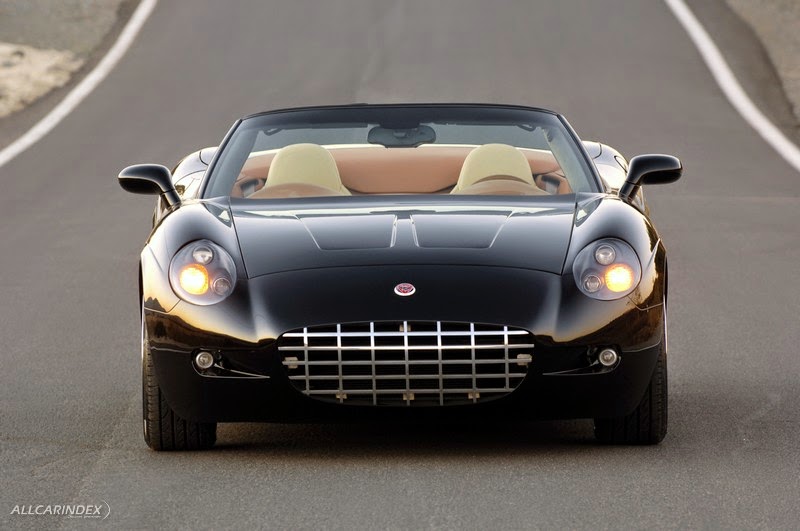 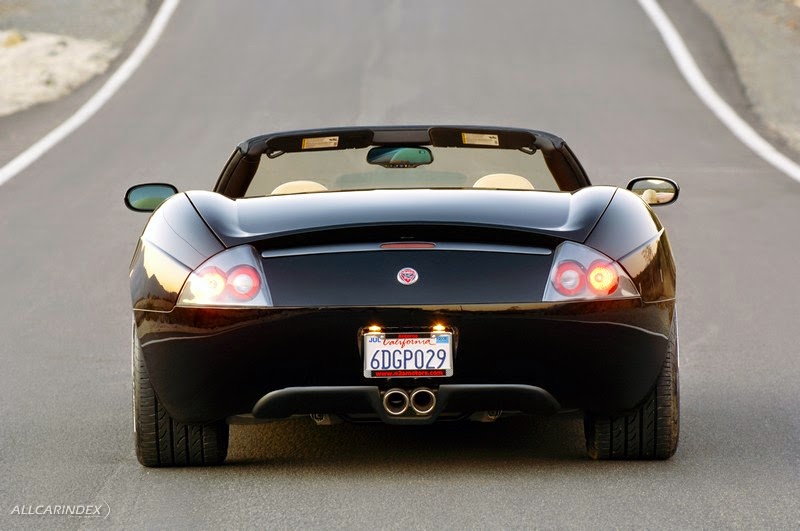 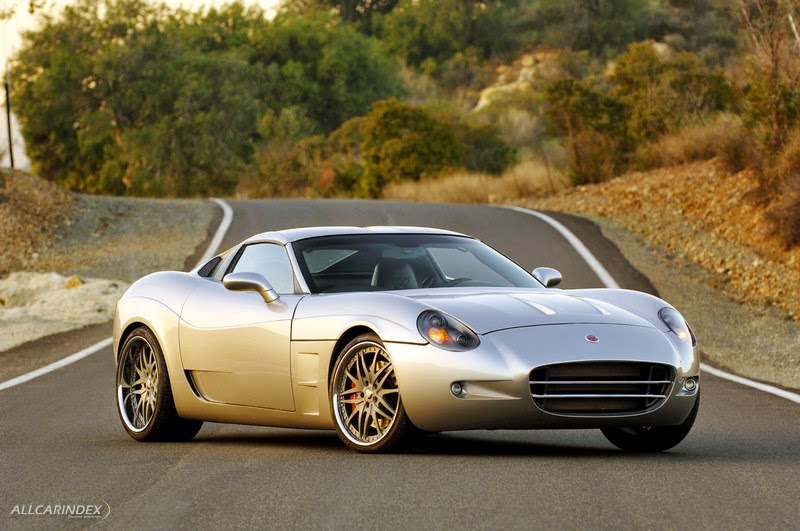 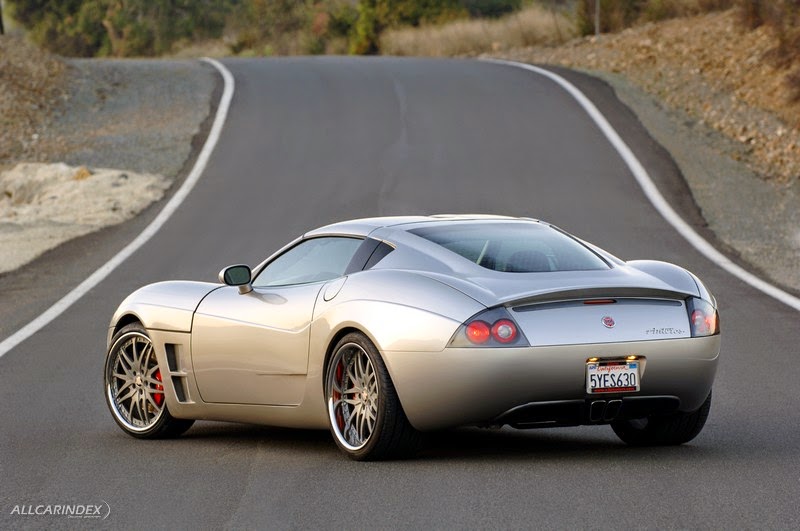 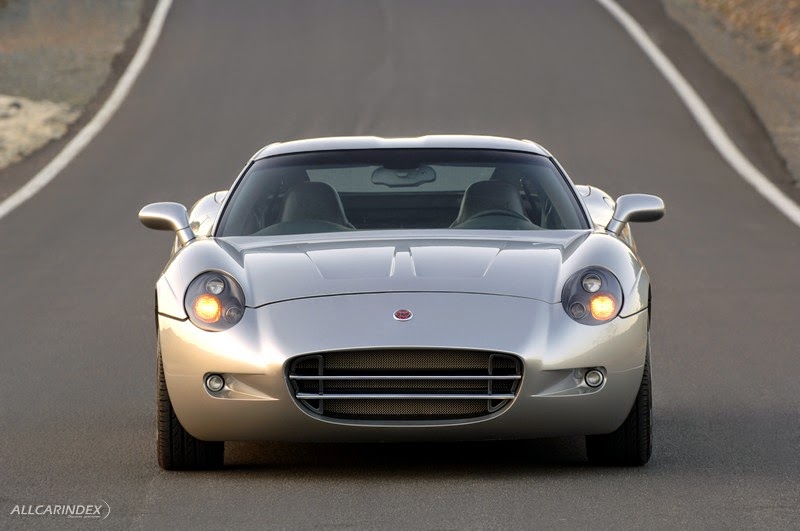 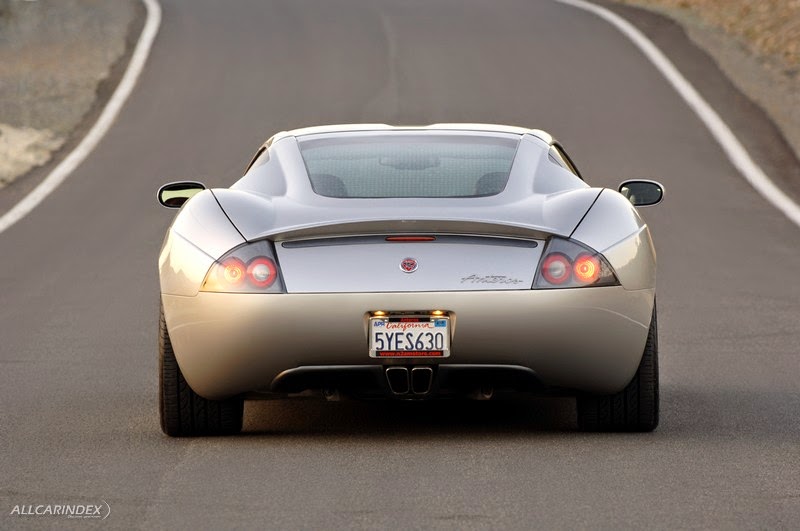 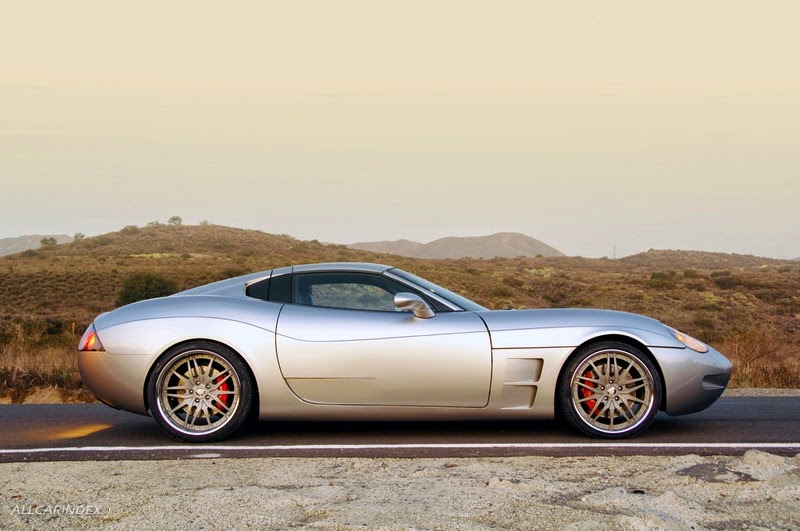 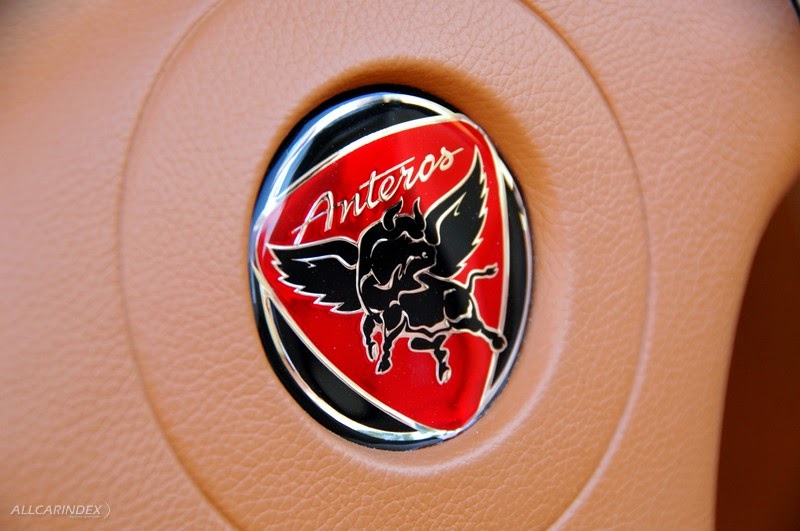 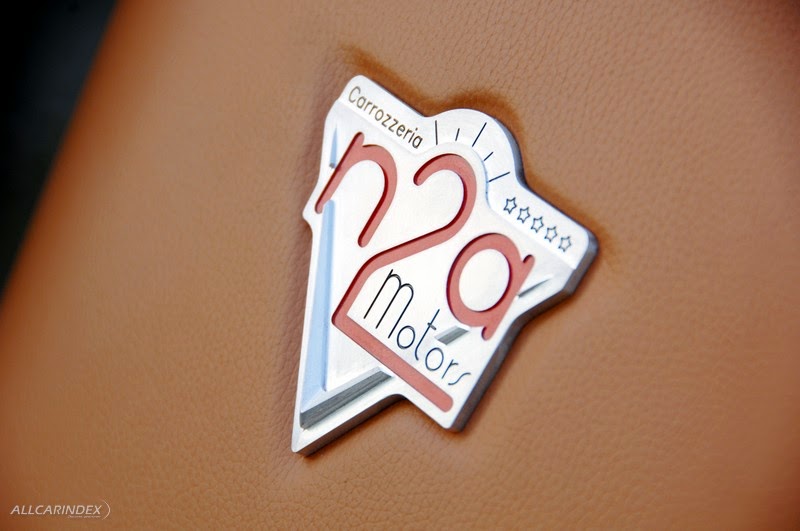 Anteros Coachworks of San Leandro, California unveiled the prototype of the XTM Roadster at SEMA show in 2005. Soon enough, the company got to be known as Anteros Marketing. According to their original introduction below, they indeed indeed intended both Targa (named XTS Targa) and Coupe (named XTR Hardtop) versions.

In 2002, John & Joann Rothman, along with their son, David Rothman, wanted to create a sports car of uncompromising beauty, power, and elegance. They began implementing their idea of automotive beauty drawing inspiration and style from the classic 60’s era with the intent of incorporating the technology of today.

Under the direction of Award Winning graphic design artist, Franklin Burris, conceptual design artist, Don Johnson, and sculptor, John Allen, the basic shapes of the Anteros were hand carved and developed. The product of over 5000 hours of sculpting was a stunningly elegant Supercar that utilizes the highly acclaimed C-6 platform and now stands alone as a superlative example of automotive vision and creativity.

The Rothmans wanted ANTEROS to have the quality of design and craftsmanship that characterizes fine art. The form and beauty of the Anteros concept could not be compromised during the transition from artistry to reality.

In May of 2005, they turned to Roger Hector, a graduate of the Art Center College of Design. He had been featured in numerous automotive publications, fine art galleries, and prestigious automotive museums across the country (see: www.rogerhector.com). Together, the Anteros team with the addition of Roger Hector transitioned the Anteros from form to function, from automotive concept to automotive reality.

ANTEROS was debuted with wild and enthusiastic acclaim at SEMA in 2005. Further market recognition was received at Barrett Jackson in early 2006 and then the Monterey Car Classic Show resulted in a waiting list of dealers and individual customers.

ANTEROS MARKETING, a California based coach building company, is owned and operated by David Rothman, a successful businessman, a lifelong car enthusiast, and a graduate of the University of California at Berkeley. Each hand signed and numbered Anteros takes approximately 850 hours to build using the latest technology and highest standard of materials and quality control.

Anteros Marketing actively works with each and every customer to tailor each production carbon fiber composite car to specific individual needs. The areas of customization can include but are not limited to performance packages, interior styling, exterior trim, wheel and tire packages, and accessory packages. Our goal at Anteros Marketing is to make every ANTEROS unique and personalized.

Anteros Marketing will be introducing the ANTEROS XTS Targa, a 550 hp Supercar for under $100,000, and the ANTEROS XTR Coupe based on the C6 ZO6 running gear with 650 hp.

At least Anteros XTS Targa was intended for premiere at the SEMA show in SEMA 2006, but this did not happen since the model was delayed until mid-2007. Neither Targa, nor Coupe by Anteros Marketing was ever built. Later on, in late 2007 the Anteros project was taken over by Gene Langmesser's n2a Motors (stands for no 2 alike). They re-developed the car on the 2009 Corvette basis and displayed both coupe and convertible versions at the Los Angeles Motor Show in 2008. Both models are still in prodcution till now.

SANTA ANA, California, February 4, 2009 – n2a Motors, Inc. announced today that it is now taking orders for its latest model, the Anteros. Continuing a tradition of unique styling and impressive performance, the Anteros is built on the new 2009 Corvette platform and features a body reminiscent of iconic Italian designs. Built from modern lightweight carbon fiber, the Anteros is available with a variety of performance and appearance options.

n2a Motors displayed the first production convertible and coupe versions of the Anteros in the 2008 Los Angeles International Auto Show. The black convertible is built using a stock 2009 Corvette donor car, featuring the 430 hp/424 lb.-ft. torque LS3 V8 engine that gets 16 MPG city and 26 MPG highway. The silver coupe is based on a 2009 Corvette Z06 and is modified with Lingenfelter’s 630 horsepower performance package. All base models include a carbon composite body, hand-stitched leather interior, three-piece aluminum wheels, and a custom cat back exhaust. Chevrolet’s 100,000 mile powertrain warranty remains completely intact and the Anteros can be serviced at any GM dealership.

Each Anteros takes approximately 12 weeks to build from the time of order. n2a Motors starts by removing the donor Corvette’s body panels and installing the new carbon-composite Anteros body, a process that takes nearly 800 hours for n2a’s coachbuilding craftsmen to complete. The interior is entirely new with re-contoured leather seats, leather dash, Italian carpeting, and leather-wrapped interior panels, while the wheels and exhaust are removed and replaced with n2a’s custom-made components. The turnkey Anteros Coupe starts at $149,500 and the Anteros Convertible starts at $154,500. Anteros Coupes built on the Z06 platform start at $176,500. Performance packages ranging from 525-1000+ horsepower are available for an additional cost.

The Anteros is the follow-up to n2a Motors’ 789 model that debuted to critical acclaim at the New York International Auto Show in March 2008. Inspired by the designs of the 1957, 58, and 59 Chevrolets, the 789 was hailed as “merely the coolest car…on the planet” by the New York Times. The 789 is also built on the C6 Corvette platform and utilizes a carbon composite body. Coupe 789 models start at $139,500 and the convertible base model is $144,500.

At the given moment, n2a Motors builds the Anteros (coupe and targa versions) on the Corvette C6 (2005-2013) platform.