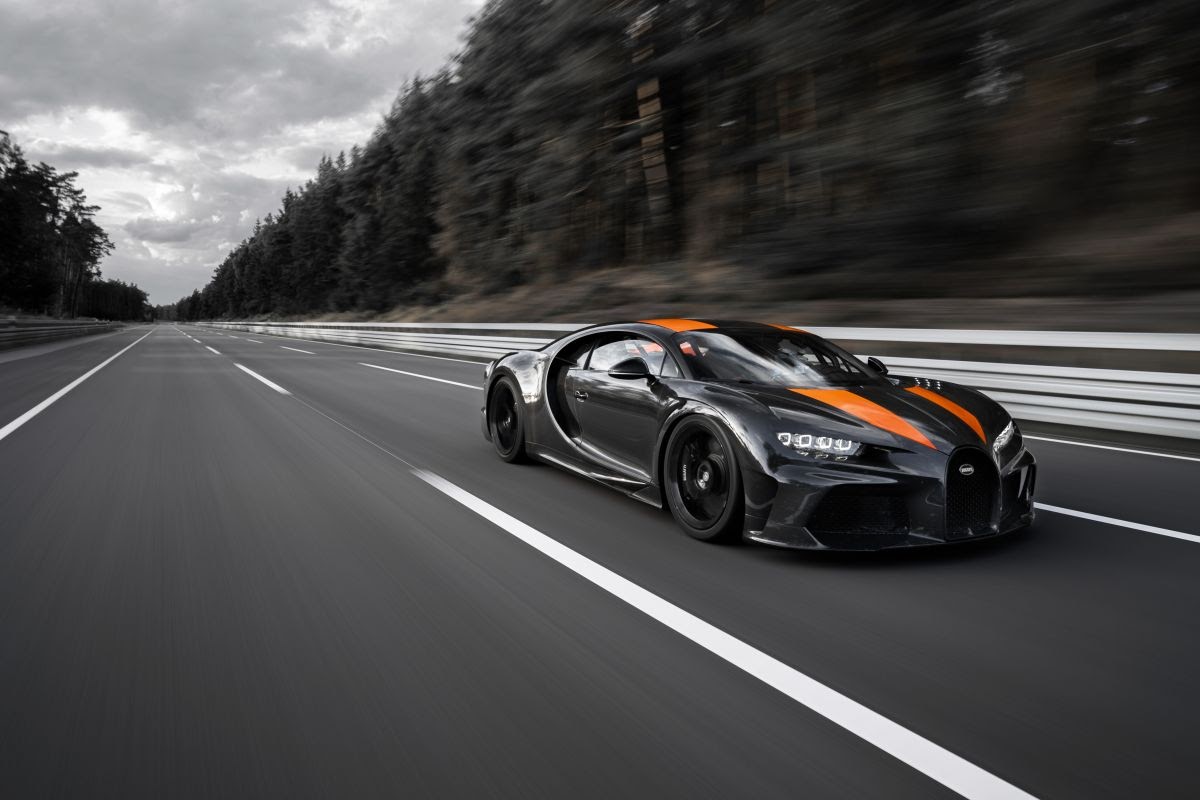 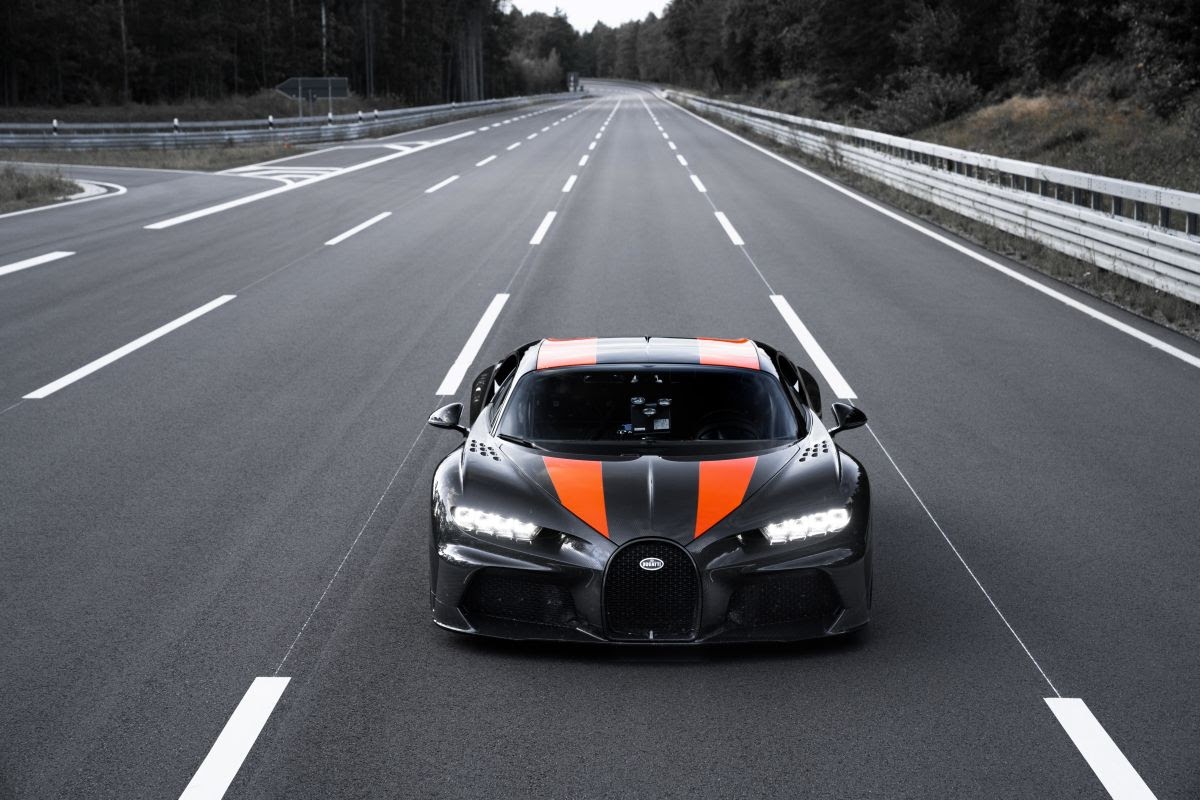 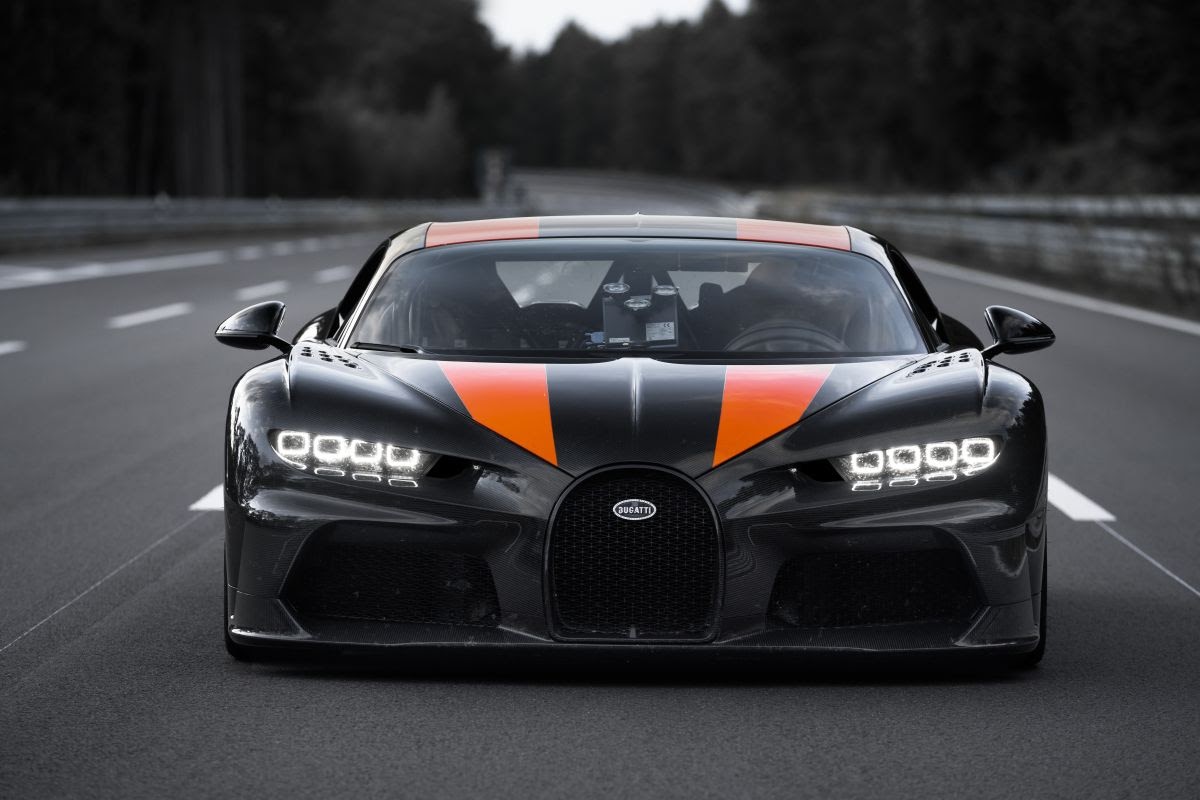 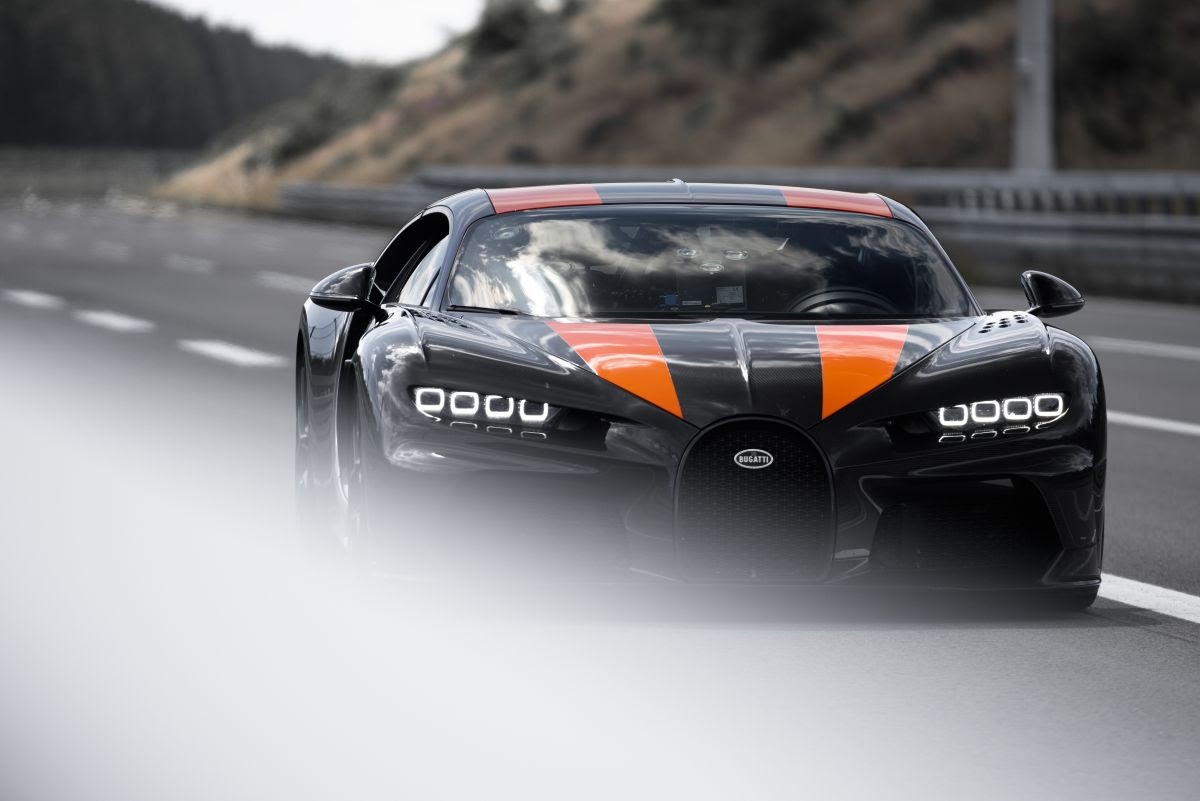 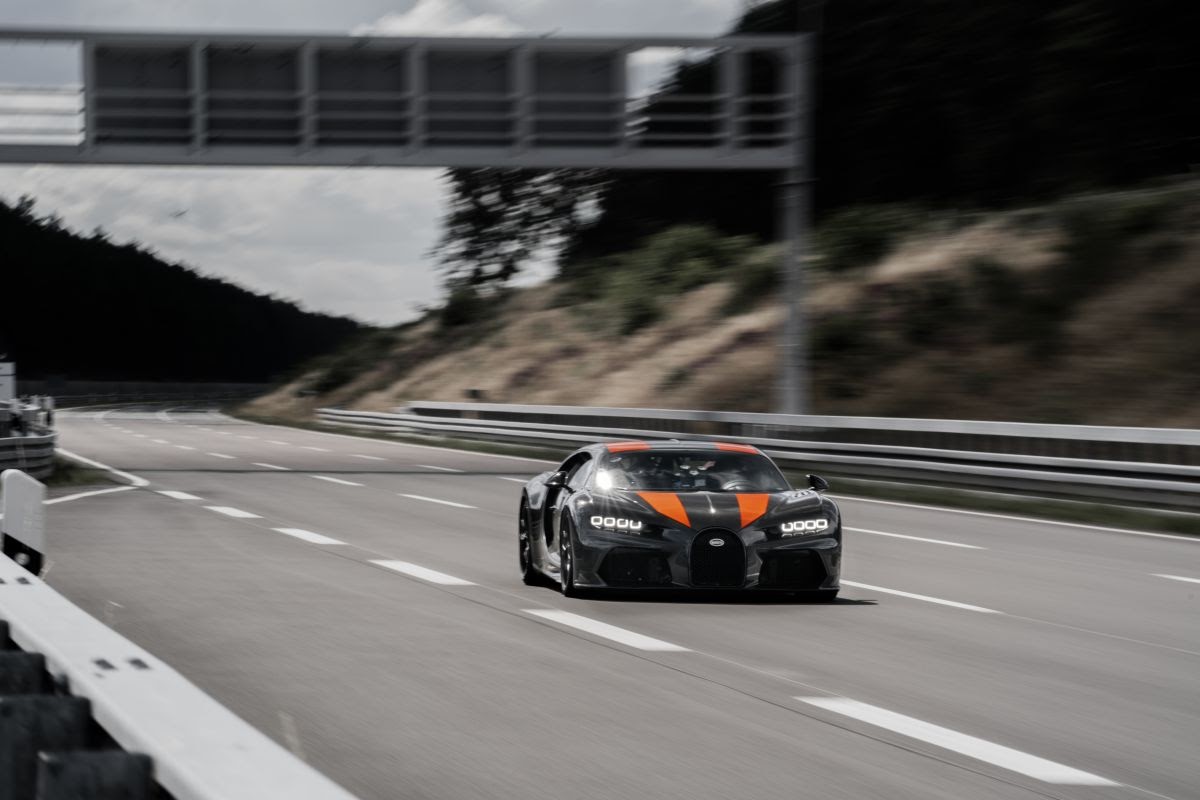 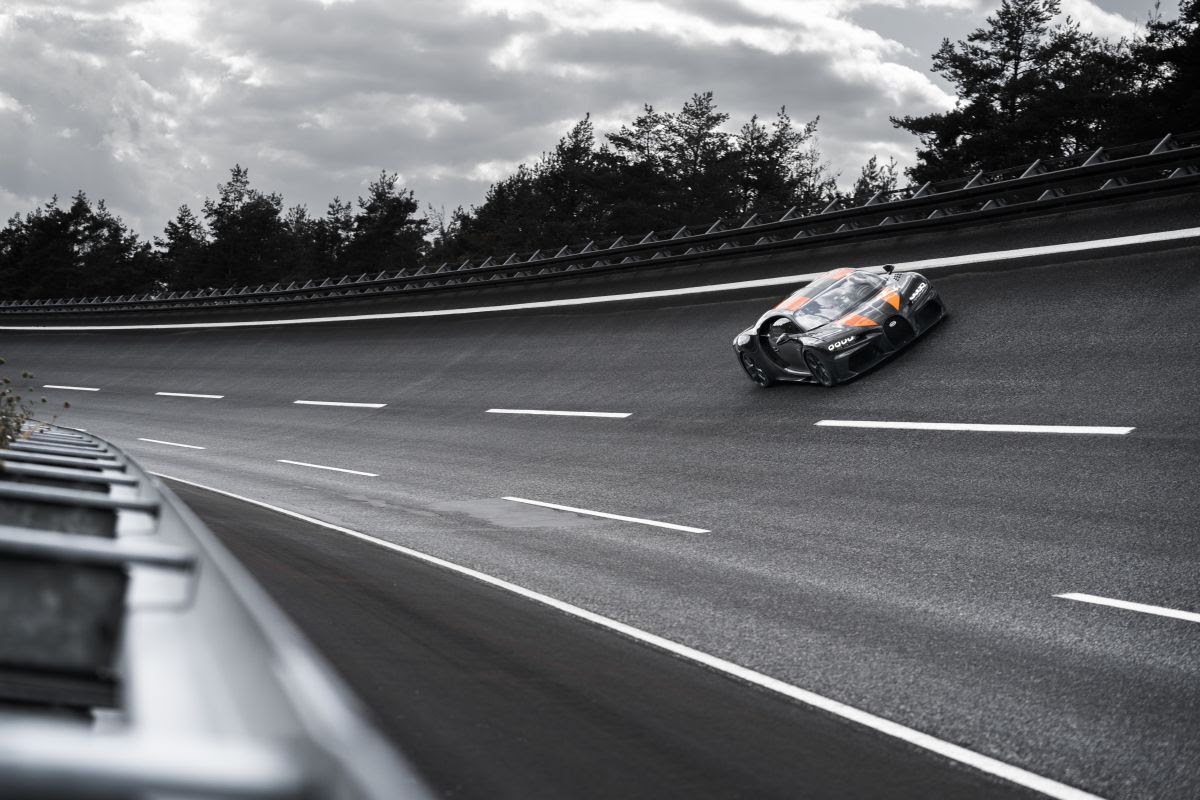 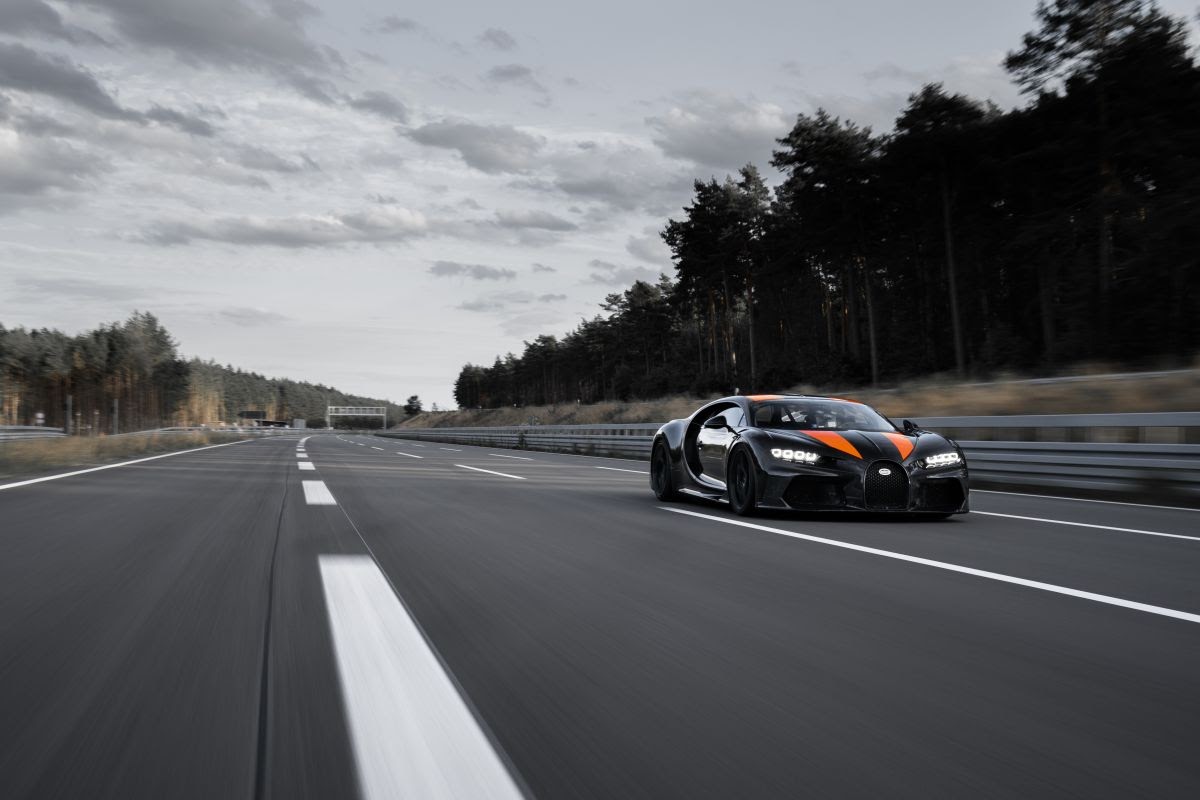 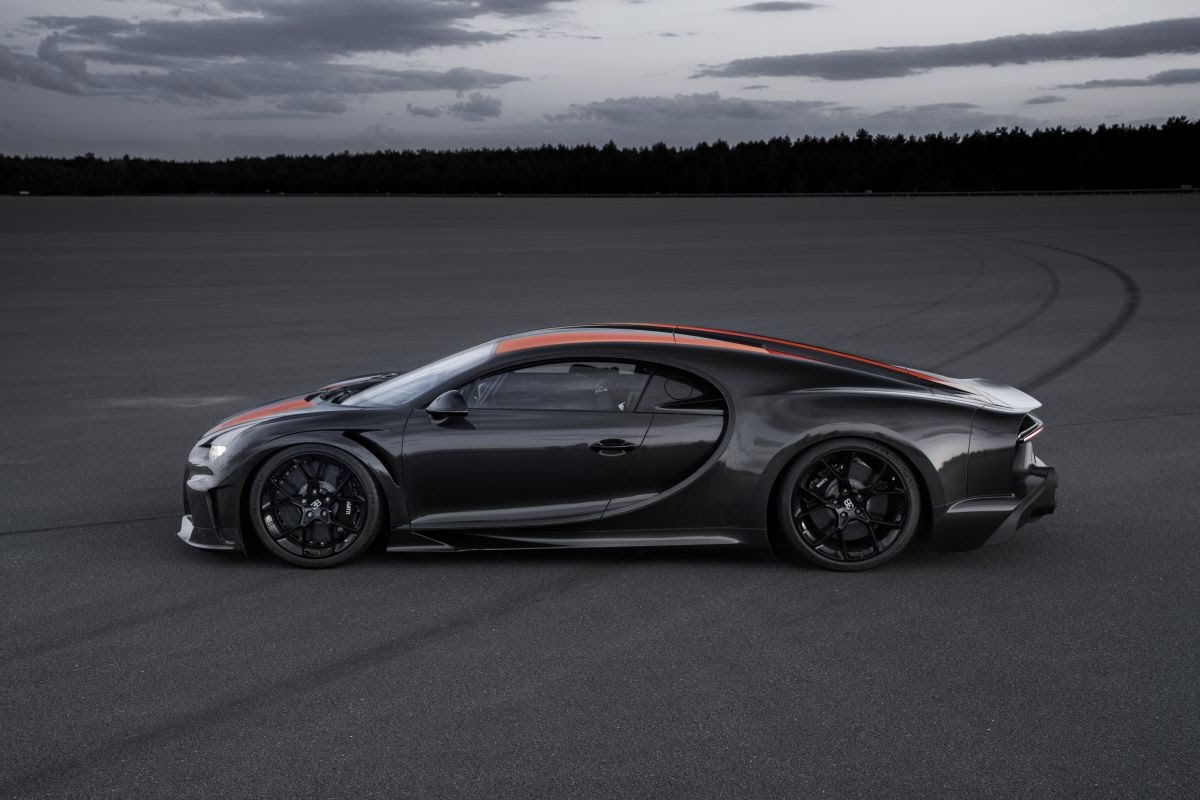 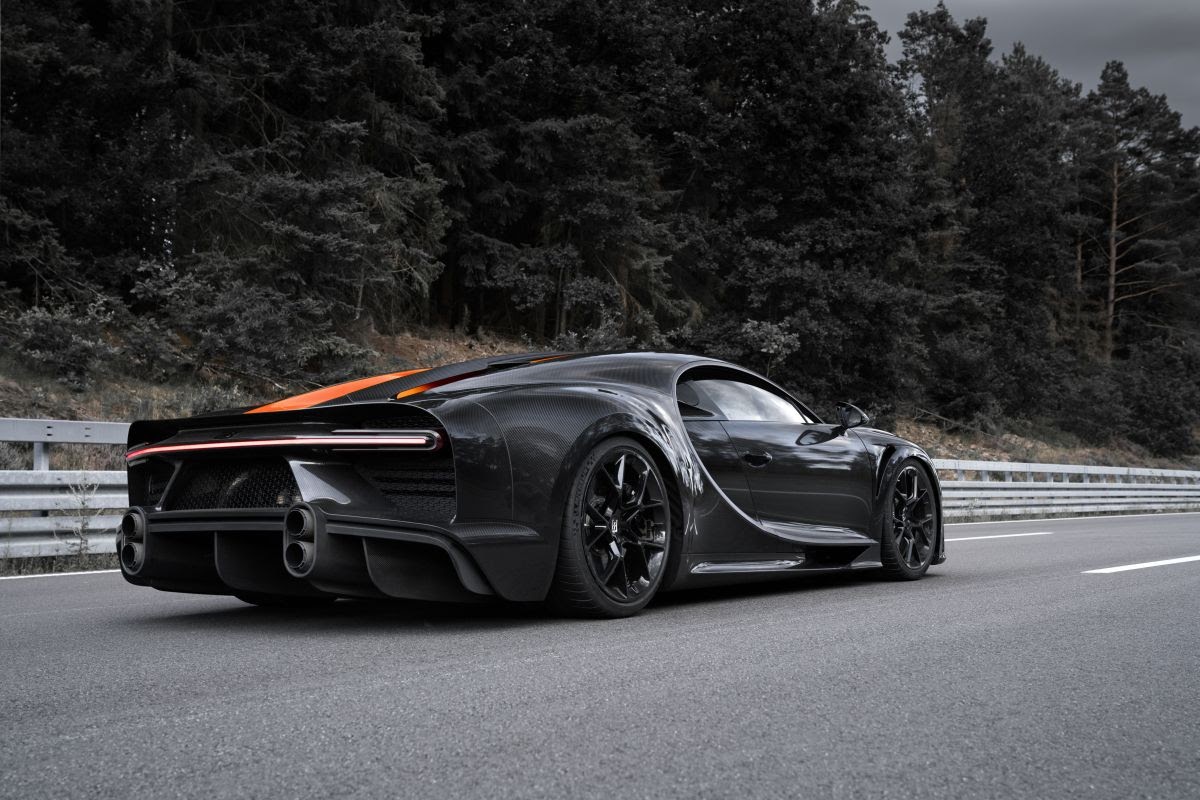 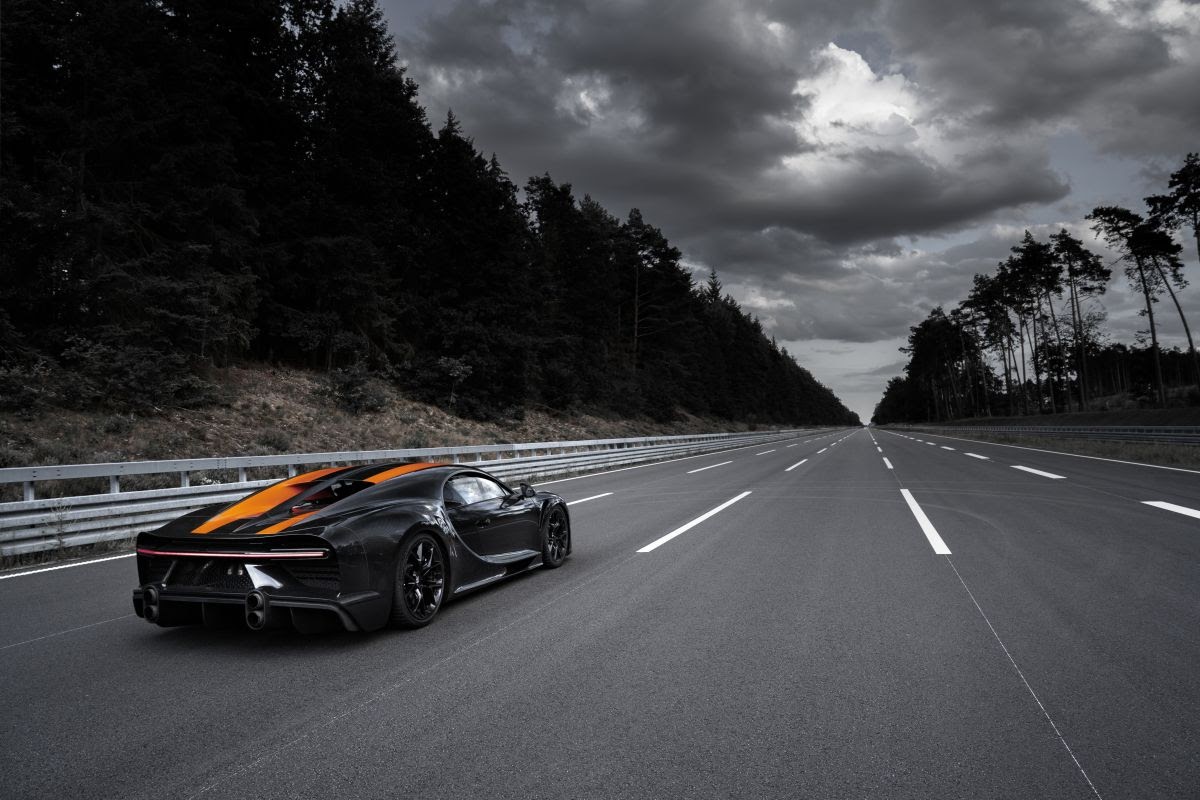 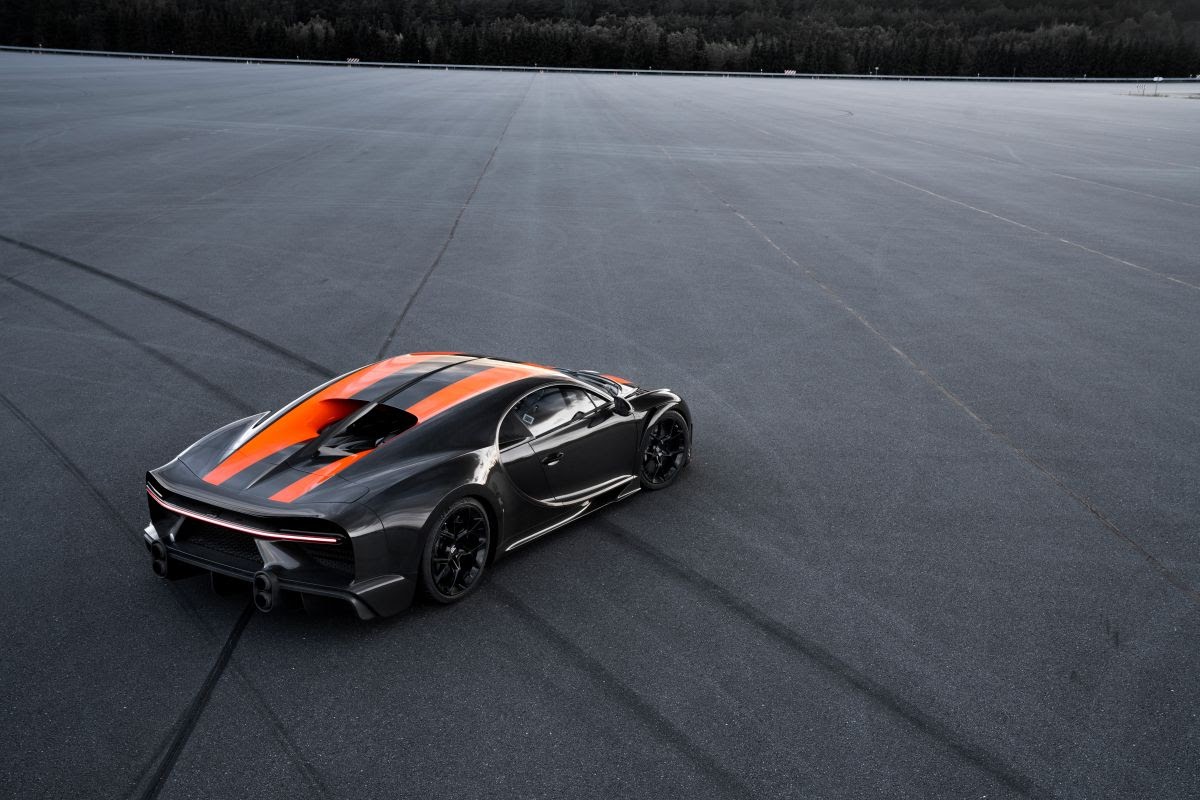 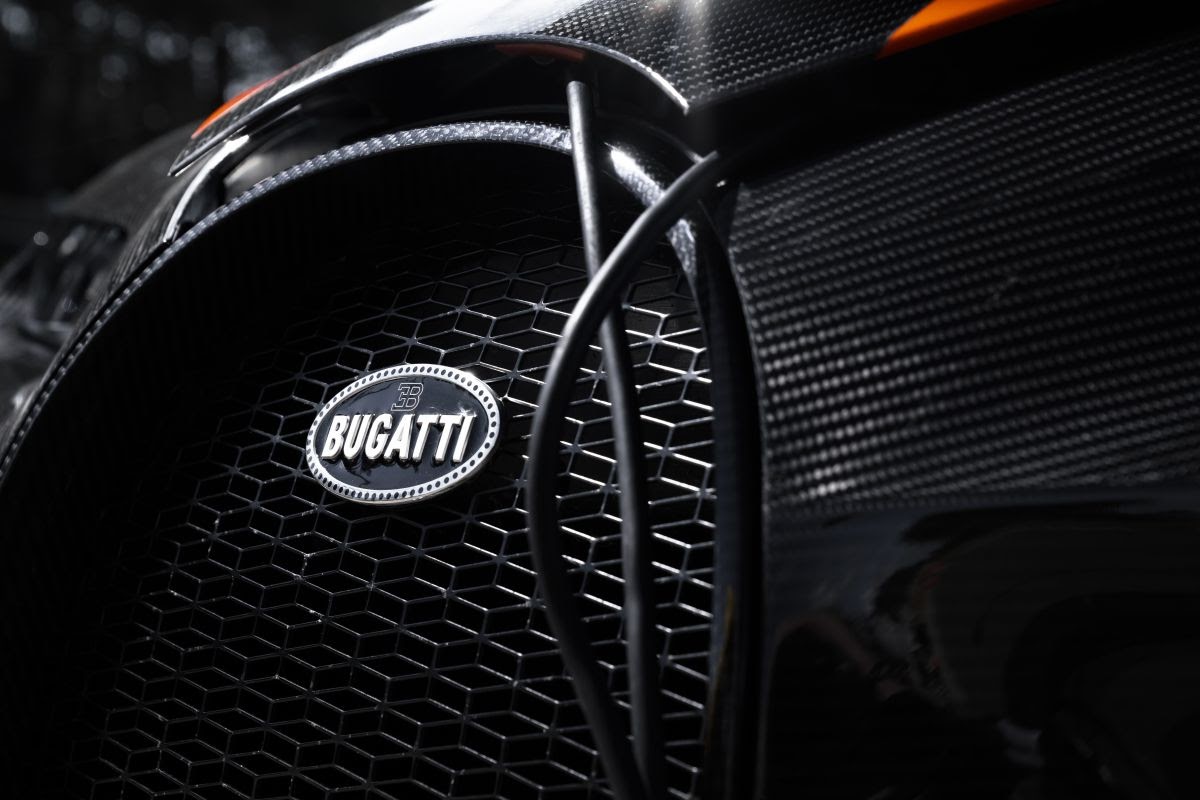 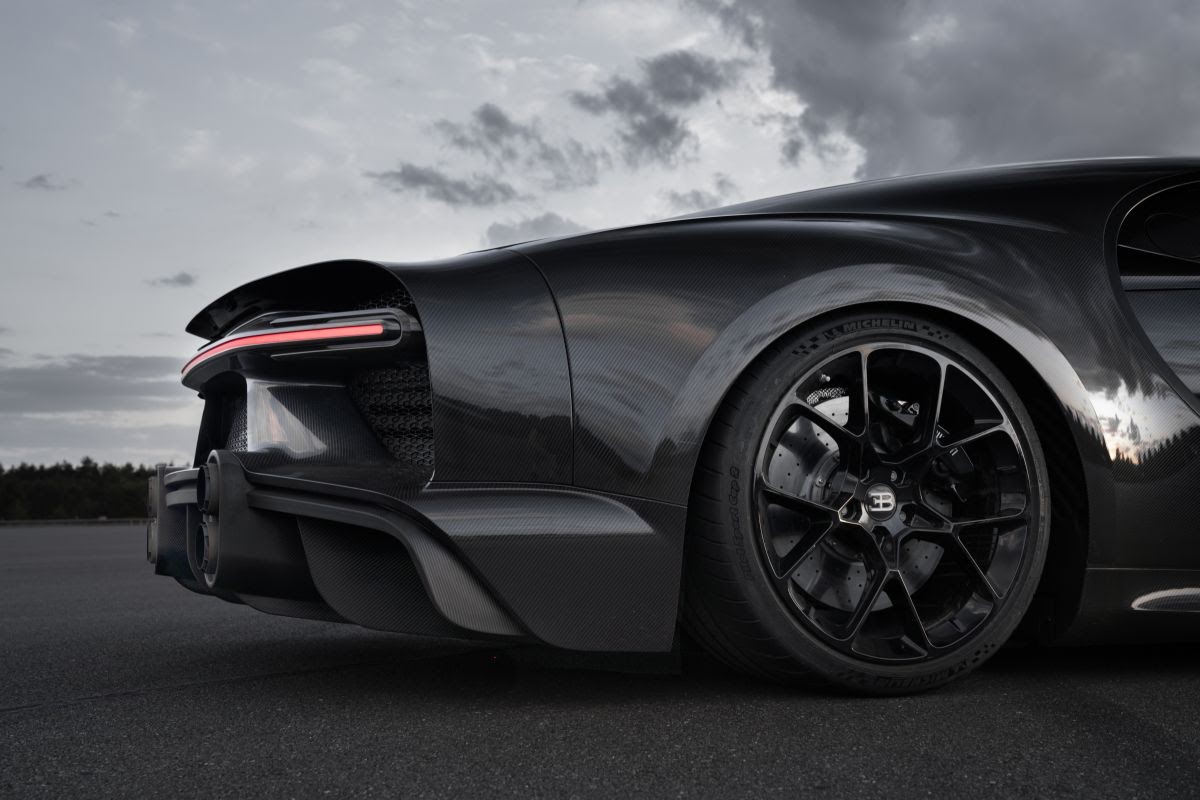 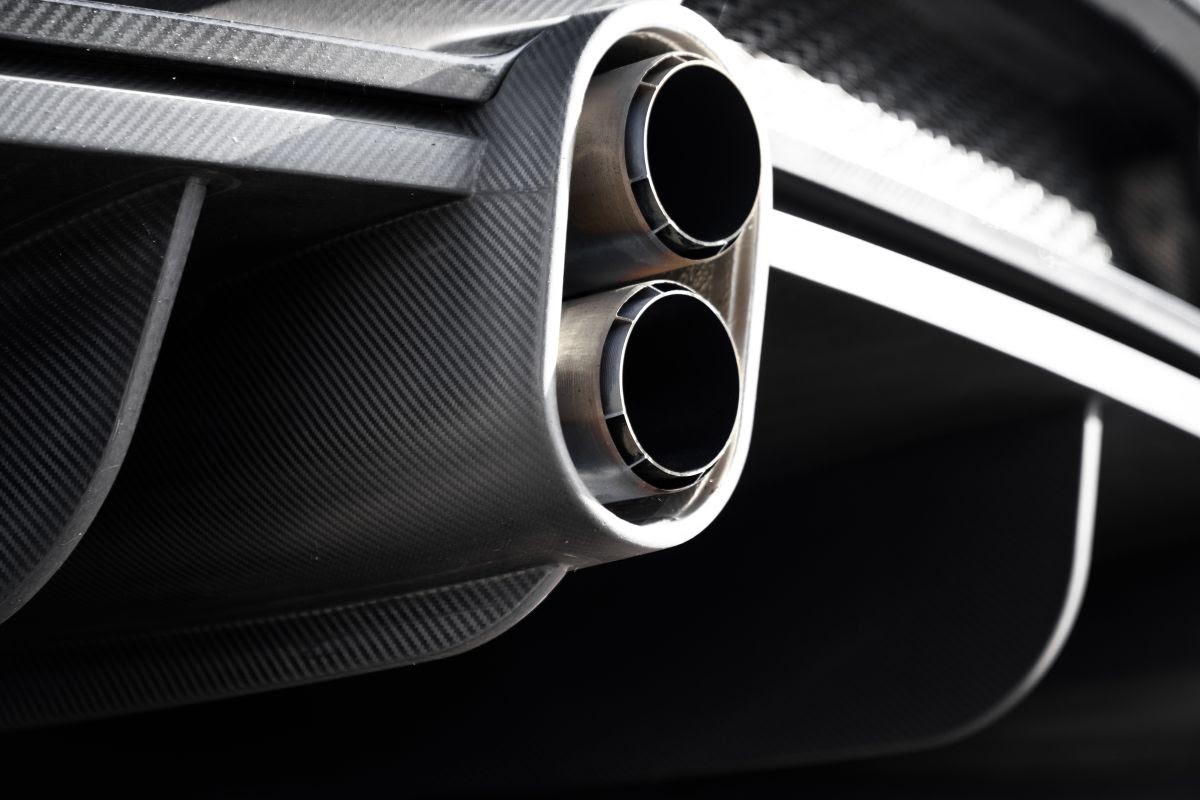 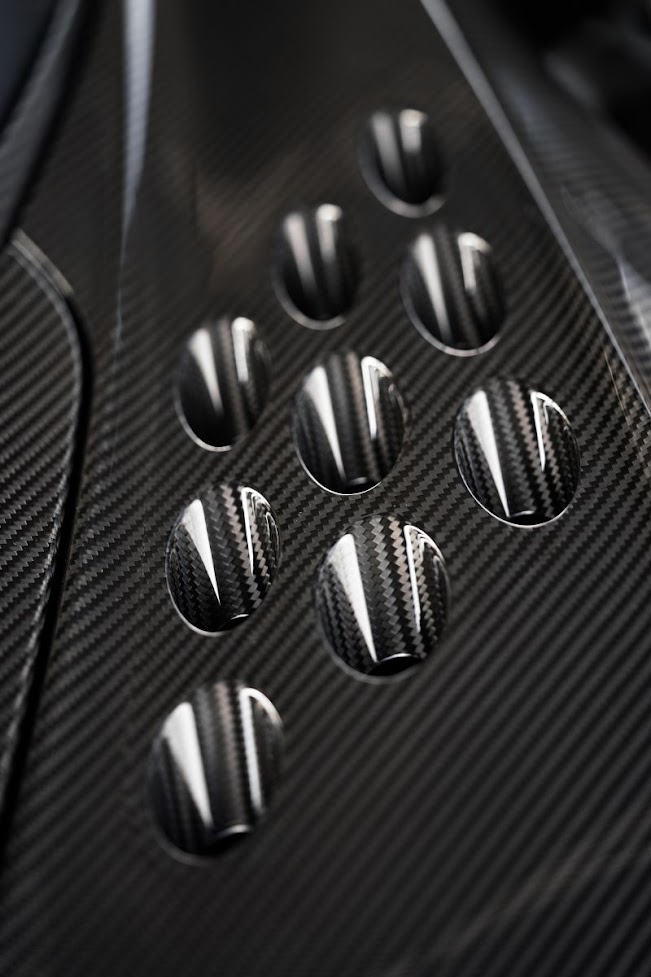 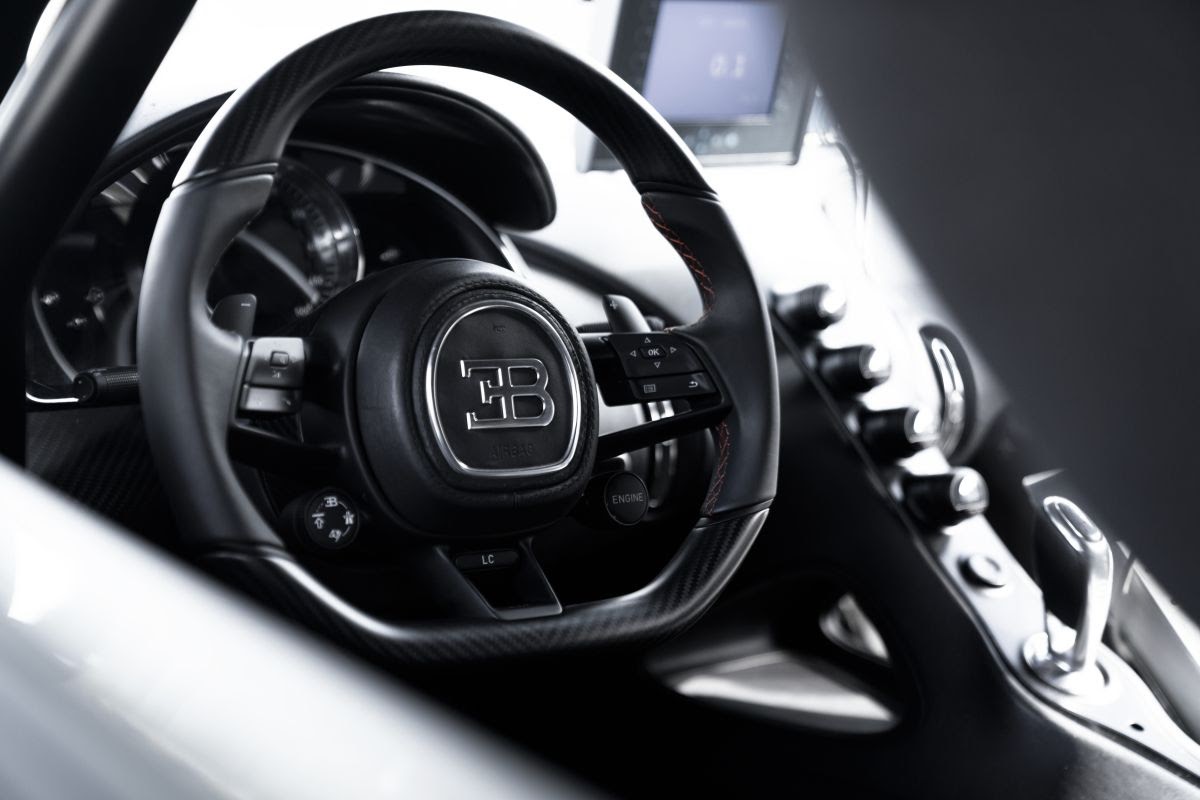 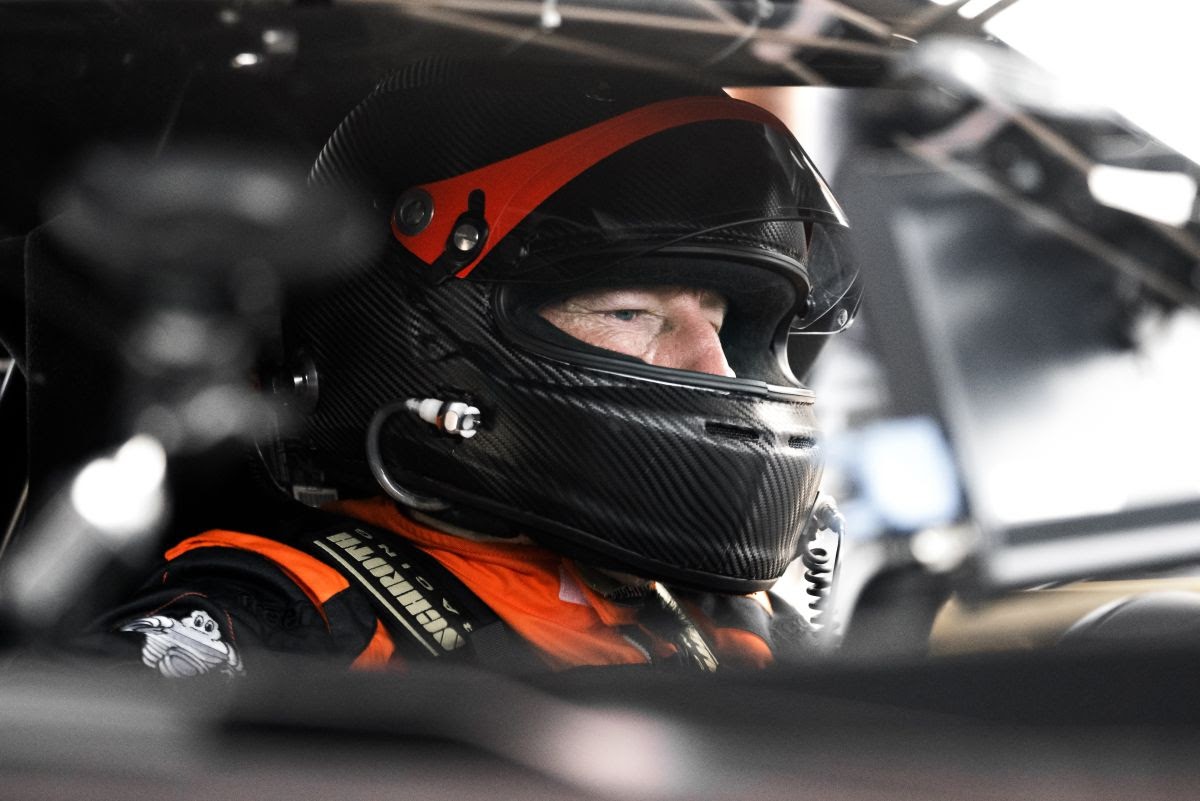 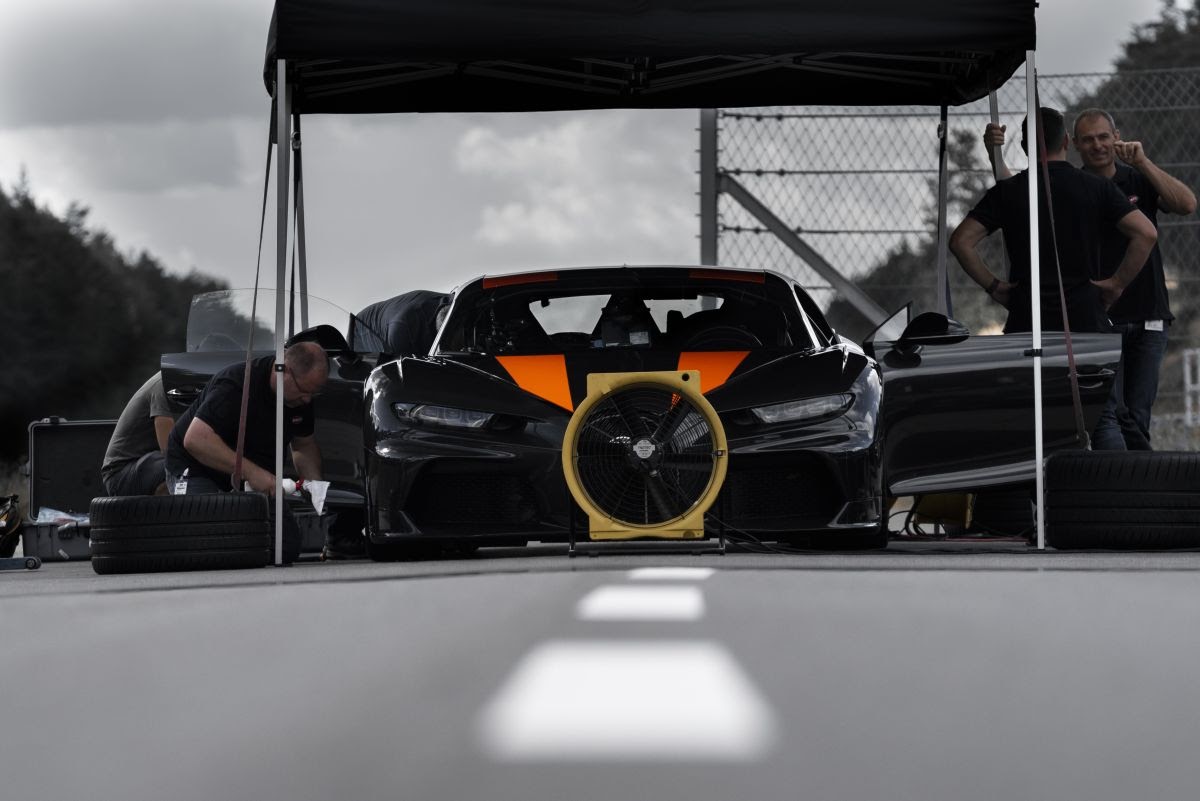 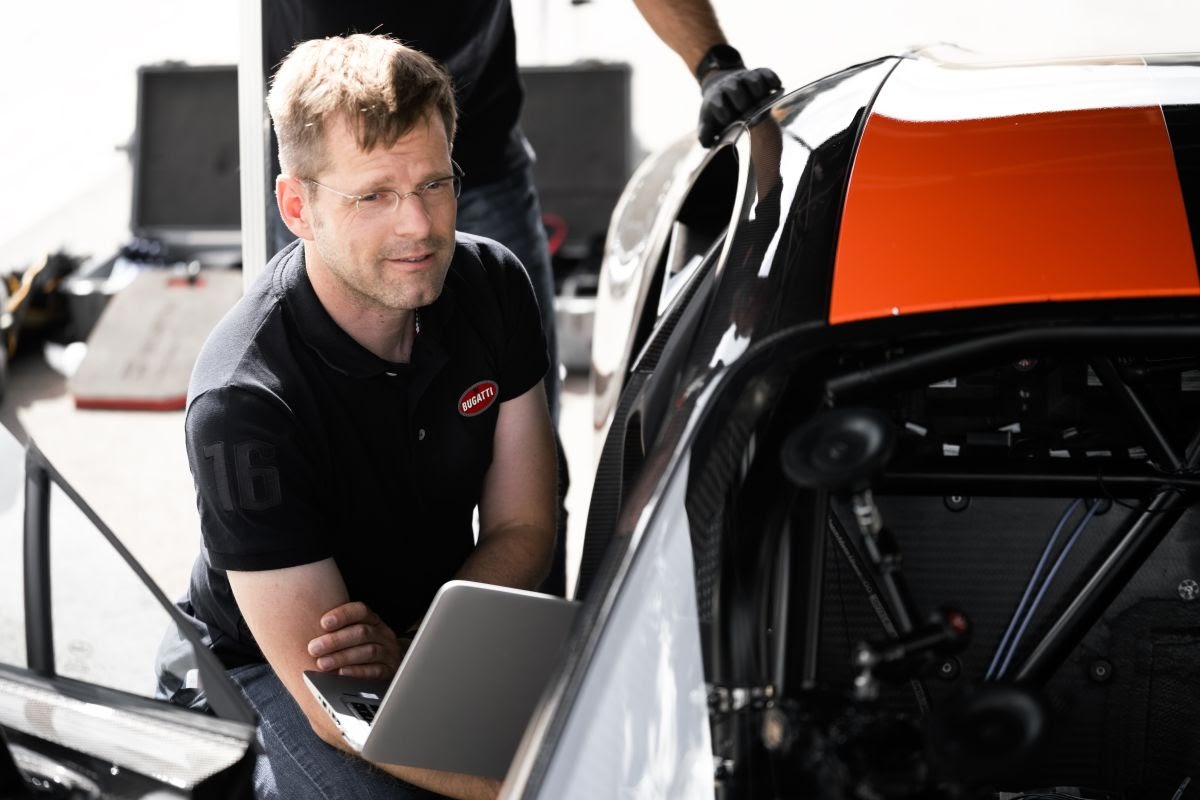 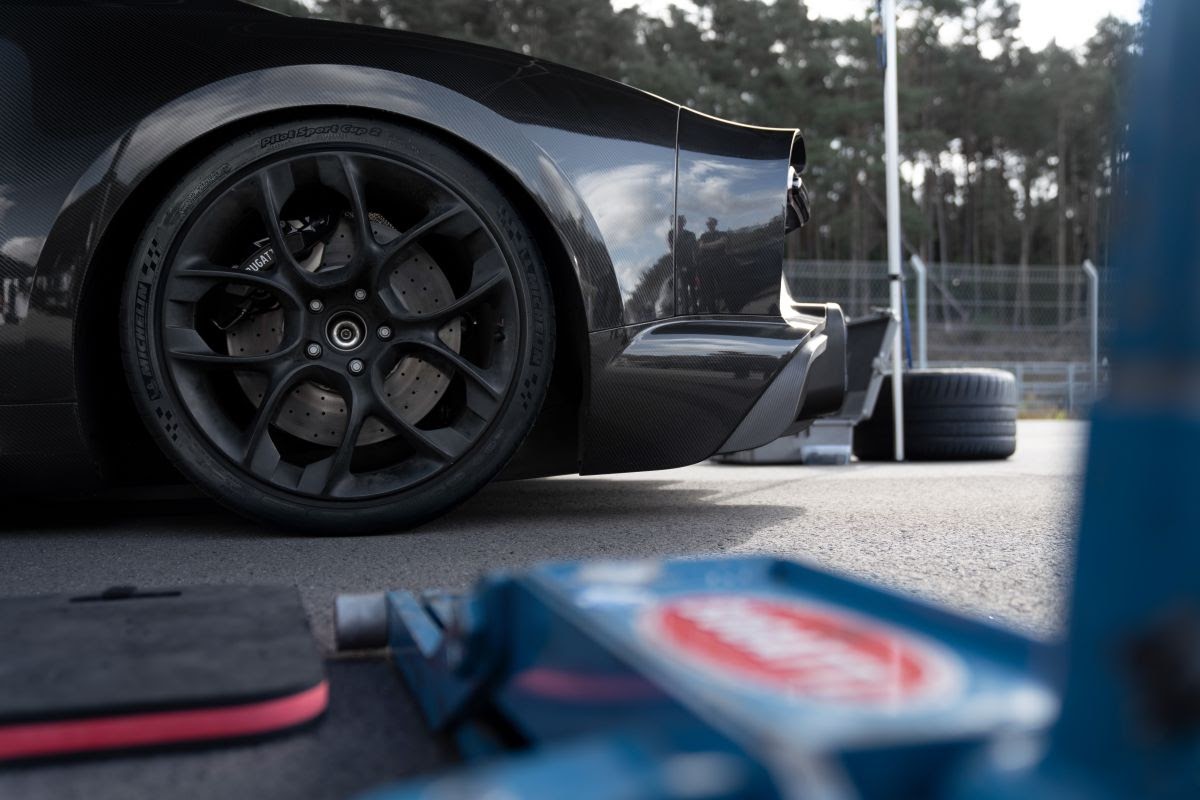 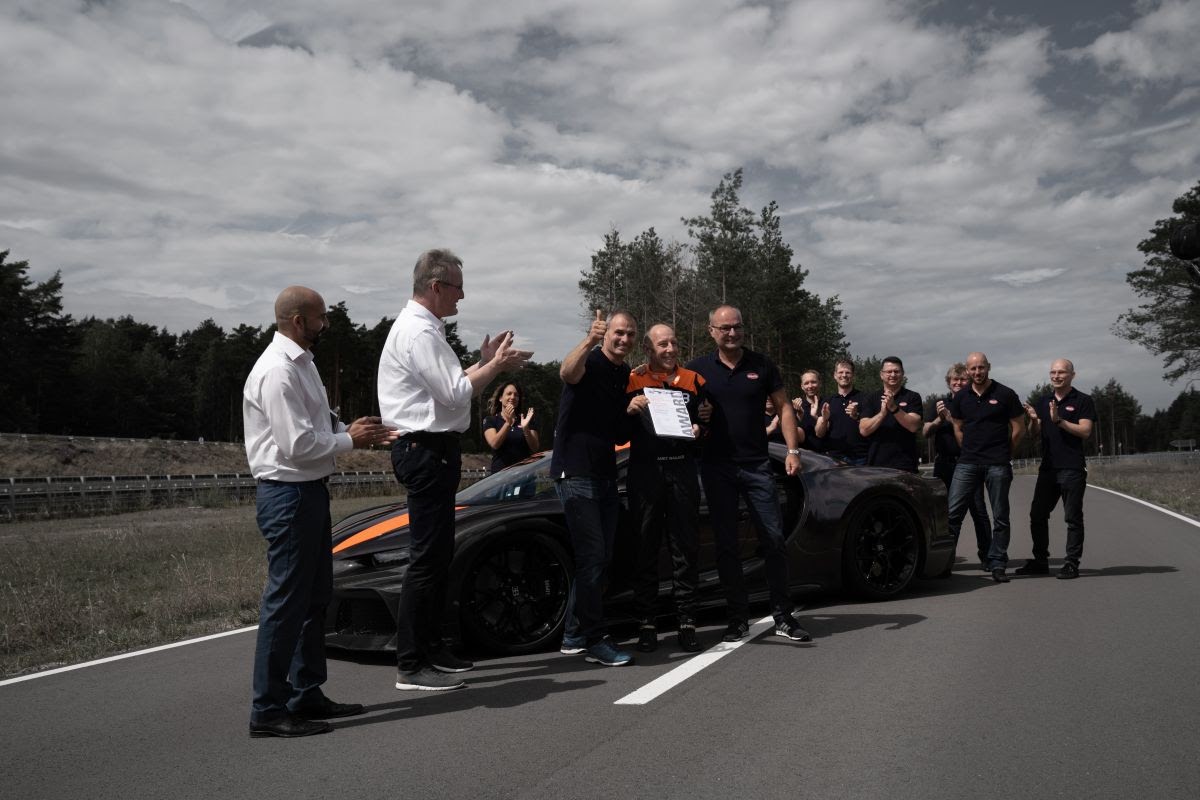 World record for Bugatti. A pre-production vehicle of a Bugatti Chiron1 derivative is the first hyper sports car to break the magic 300-mile-per-hour barrier (482.80 km/h). At the same time, Bugatti has set a new TÜV-certified speed record with 304.773 mph (490.484 km/h).

Bugatti has once again shown what it’s capable of. With this new record of the Chiron we enter again uncharted territory. Never before has a series manufacturer reached this high speed,” says Stephan Winkelmann, President of Bugatti. “Our goal was to be the first manufacturer ever to reach the magic 300-mile-per-hour mark. We have now achieved this – making ourselves, the entire team and myself, incredibly proud.” With this new world record, Bugatti will also withdraw from the competition to produce the fastest serial production cars. “We have shown several times that we build the fastest cars in the world. In future we will focus on other areas,” says Winkelmann.

Le Mans winner and Bugatti test driver Andy Wallace reached the top speed of exactly 490.484 km/h (304.773 mph) on August 2, 2019 on the test track at Ehra-Lessien in Lower Saxony. “An incredible speed. It’s inconceivable that a car would be capable of this. But the Chiron was well prepared and I felt very safe – even in these high speed ranges,” says Andy Wallace. He worked his way up to the top speed from 300 km/h in 50 km/h increments to make sure all the conditions were right and the Chiron was optimally balanced in terms of lift and downforce. “Even at the first attempt I felt this would work. The Chiron ran perfectly and the track and weather conditions were ideal. The whole team did a fantastic job,” says Wallace, overjoyed at the accomplishment.

After one lap to condition the Chiron, Andy Wallace accelerated out of the north curve to 200 km/h to reach top speed on the 8.8 kilometer straight. At a precisely defined braking point, he decelerated the Chiron back to 200 km/h to drive through the south bend. He had a distance of two kilometres in which to do so. “I went at full throttle from the start for approximately 70 seconds. It was important for me to be out of the bend at 200 km/h in order to reach top speed on the straight. That required the very highest level of concentration,” says the new record-holder. He covered 136 metres in one second.

It’s not the first time that Andy Wallace has set a speed record: in 1998, the Brit reached a speed of 391 km/h (243 mph) in at McLaren F1 on the same track, likewise setting a record.

For the world record, a team of engineers from various disciplines, under the direction of Bugatti’s Head of Development Stefan Ellrott prepared a pre-production vehicle of a Chiron derivative. In addition to aerodynamic improvements the specialists attached great importance to safety. Andy Wallace was held in place by six-point belts and protected by an additional safety cell.

The Bugatti team were supported by Italian race specialist Dallara as well as tyre manufacturer Michelin. “Their expertise was fed directly into the project. The record would not have been possible without our partners,” says Willmann. Michelin has been our tyre partner for many years and ensured the necessary grip and stability. The Michelin high-speed tyres already used on the Chiron were again reinforced, particularly the belts to handle the 5300 G, while still being street legal. After all, the tyres rotate up to 4,100 times in one minute. The tyres were subjected to extensive test bench trials at speeds of up to 511 km/h in the USA. Rigorous quality controls even after production: each tyre was X-rayed to optimise up to the smallest details. The world record car was only fitted with the Michelin Pilot Sport Cup 2 tyres directly before the record run.

On the test bench, the Bugatti engineers also tested the performance of the engine and the interaction between engine, gearbox and chassis during various manoeuvres. Even the smallest changes have a huge effect in this speed range. “After all the calculations and tests, we felt sure the record was within our grasp. We had the technology under control at an early stage. But a world record attempt on an open track can have a few surprises in store. We were lucky today and everything went well,” says Head of Development Stefan Ellrott with immense satisfaction.

The Ehra-Lessien high-speed track in Lower Saxony is 50 metres above sea level. Unlike higher-altitude high-speed tracks such as in Nevada, however, this has certain drawbacks. Due to the higher air density, the vehicle has to apply more force, and at high speeds of over 400 km/h, it runs as if were driving against a wall. “Air pressure, air density and temperature are very important for high-speed driving and can make a difference of up to 25 km/h, depending on the altitude,” says Stefan Ellrott. But the team opted for the test track in Ehra-Lessien nonetheless.

“A world record attempt at such an extreme speed of over 400 km/h always involves a certain risk. Everything has to be right – the car, the weather and the track. Ehra-Lessien offers the greatest possible safety, which is why we opted for this track,” says Stefan Ellrott. It is the only place in the world where the safety standards for high-speed tests are this high. The 21-kilometre three-lane highway is lined with crash barriers, and rescue services are available at the north and south ends. The carriageway was cleaned with special mats prior the road test in order to pick up stones and grit. “Driver safety is our top priority. We did everything in advance to minimise the risk,” says Ellrott.

The record run was recorded by a sealed GPS box, the certificate was issued by SGS-TÜV Saar. So as of August 2019, Bugatti is the first manufacturer to produce a car that runs faster than 300 mph – at a speed of 304.773 mph.

It is not Bugatti's first world record on this track with a Chiron. In 2017, former Formula 1 driver Juan Pablo Montoya drove a Chiron from 0 to 400 to 0 km/h on this test track in 41.96 seconds – the shortest run up to that point. With the Veyron 16.4, Bugatti set speed records for production vehicles in 2005 and 2010, and in 2013 the Veyron Grand Sport Vitesse set the record as the fastest roadster.

Contrary to popular belief, hyper sports cars are not just defined by their first-class performance. “This world record once again shows that Bugatti still builds the fastest cars in the world. But our hyper sports cars are capable of more. They offer absolute exclusivity, luxury, unmatched beauty and a high level of automotive craftsmanship. The Bugatti is the only hyper sports car that combines all of these characteristics in one vehicle. We will concentrate even more on this in the future in the context of further exciting projects,” says Stephan Winkelmann. This has been the Bugatti philosophy for 110 years.