Stuttgart. Very low-slung, very sporty, and very rare: The Dr. Ing. h.c. F. Porsche AG, Stuttgart, launches a small edition of a new 911 Speedster. Paying homage to the first Porsche model that bore the name Speedster – the 356 Speedster –, the production run for the new model is limited to 356 cars. The two-seater is significantly different from the other members of the 911 family. In the best tradition, the 60 millimetre lower, more raked windscreen, the flat contour of the sporty-look manual hood, and the characteristic double-bubble hardcover for the soft top define the striking profile of the new 911 Speedster. This makes the body of this rear-wheel drive with its 44 millimetre wider rear stand out even more. The new Porsche 911 Speedster will celebrate its world premiere at the Paris Motor Show in early October.

The new 911 Speedster combines the classic features of this type of Porsche sports car with further improved performance of the current 911 generation: The 3.8-litre flat six delivers 408 hp (300 kW), 23 hp more in comparison with the 911 Carrera S. With its average consumption of 10.3 litres/100 km (27.43 mpg imp) (NEDC), the new Speedster is no less efficient than the 911 Carrera S Cabriolet without Powerkit – an effect of Porsche Intelligent Performance. The seven-speed Porsche Doppelkupplungsgetriebe (PDK) is in charge of transmitting power to the rear axle fitted with a standard differential lock. Porsche Active
Suspension Management (PASM) and Porsche Ceramic Composite Brake (PCCB) are standard, too. Add to that exemplary protection for driver and passengers in the new 911 Speedster. Especially for this model,
the Porsche engineers further improved the rollover protection system which is standard in all open-top Porsche cars.

Living up to the Porsche Exclusive standard, the 911 Speedster features almost all optional equipment of the 911 series and its appeal also comes from its meticulously hand-finished interior in black smooth-finish leather with numerous exterior colour painted details exclusive to the Speedster. These include decorative designs with checkerboard patterns in the seat centre section of the adaptive sports seats reminiscent of a chequered flag, and the leather side bolsters in the exterior colour.

The sporty flavour is further enhanced by the exterior colour “Pure Blue” that has been developed exclusively for the Speedster, providing an intriguing contrast with the tinted front lights, black headlight rings, black windscreen surround and other black decorative designs. Upon request, the Speedster is available in Carrara White, at no extra cost. It also features a special front apron, specific sideskirts and a distinct rear apron.

In 1953, the Speedster series was launched with a puristic sports car based on the Porsche 356, which had two sports bucket seats, doors with slide-in plastic side windows, and a shortened, elegantly curved windscreen. In 1988, the Speedster based on the 911 Carrera celebrated its revival with an added feature. For the first time, the hood compartment lid had the characteristic double bubbles. In 1993/1994, the next evolutionary stage of the 911 Carrera was ushered in with yet another Speedster.

In Germany, the 911 Speedster including country-specific equipment and 19 % VAT is priced at Euro 201,682 and will be launched in December 2010. 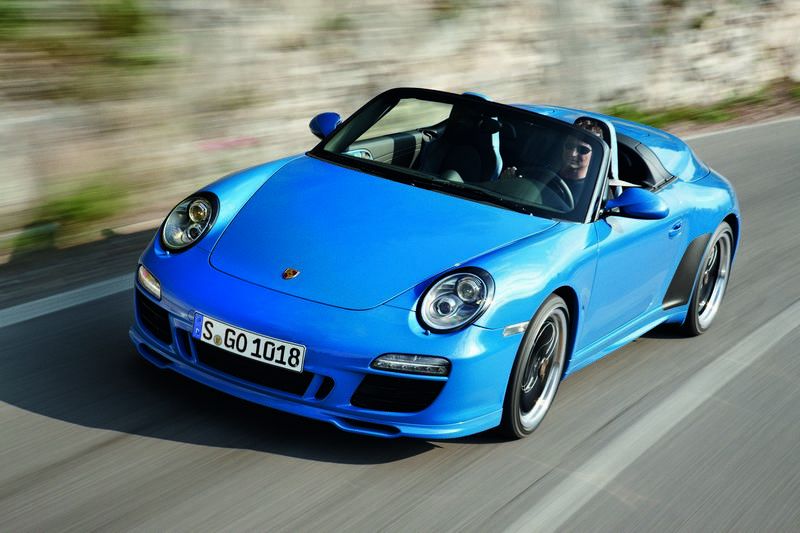 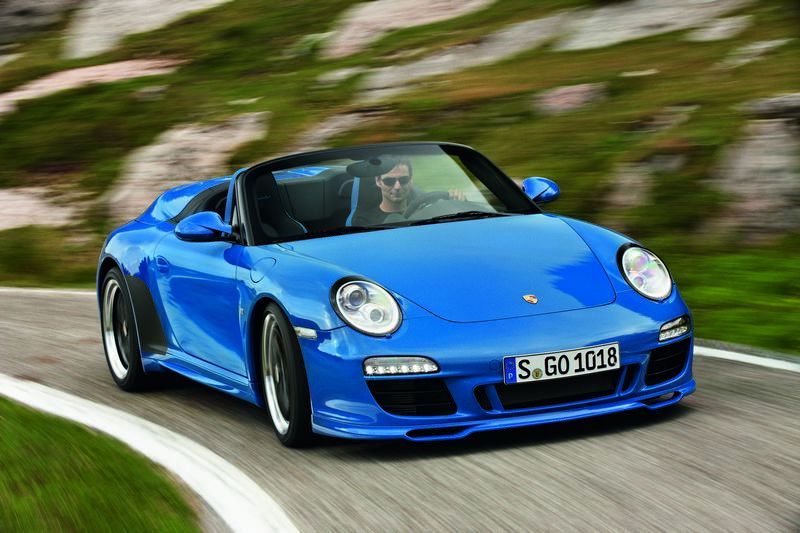 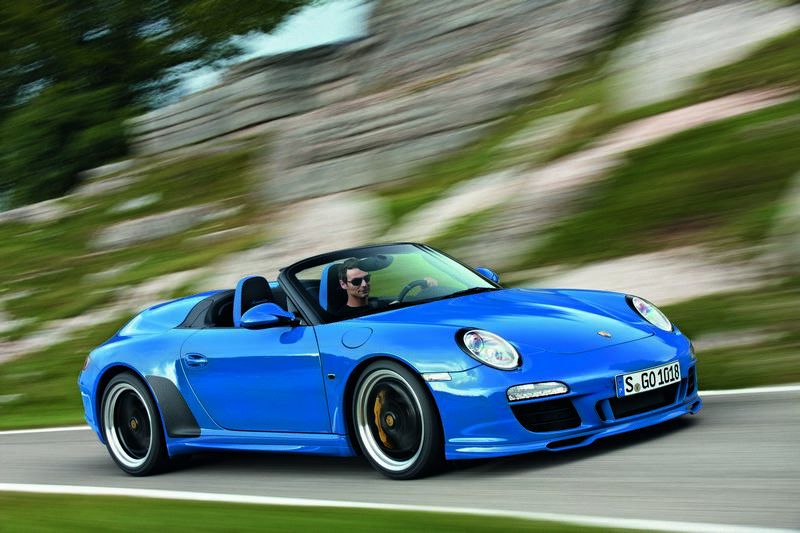 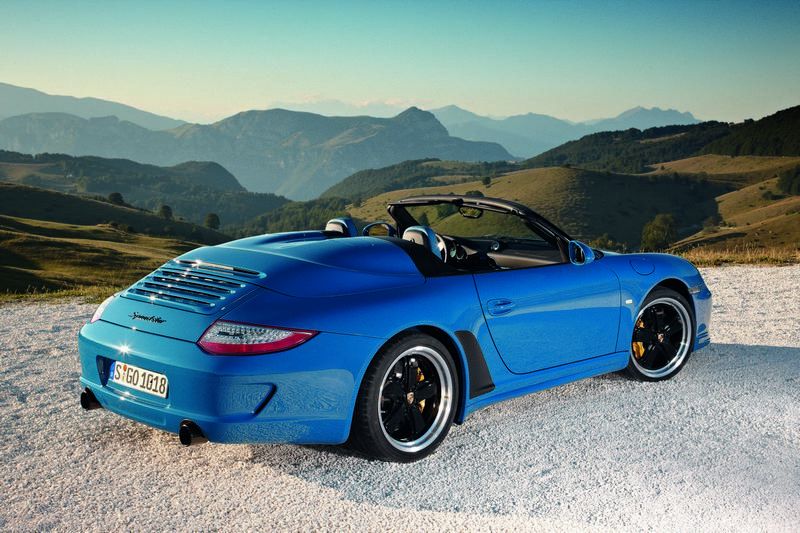 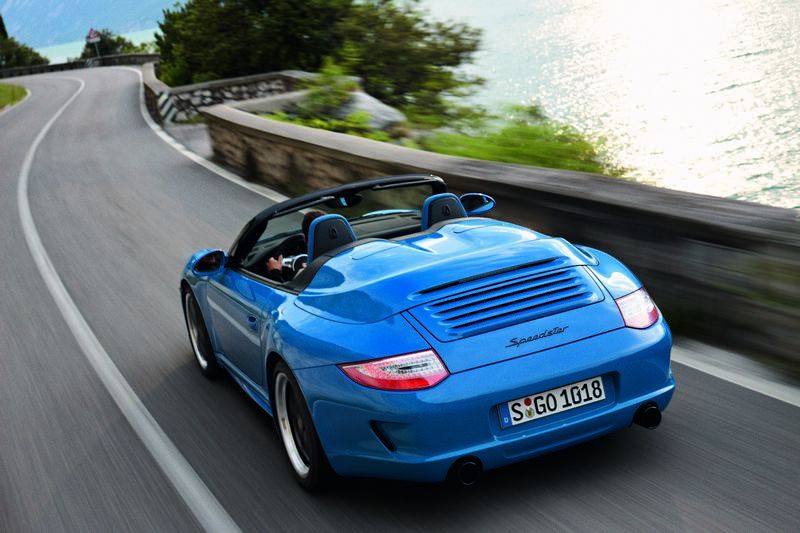 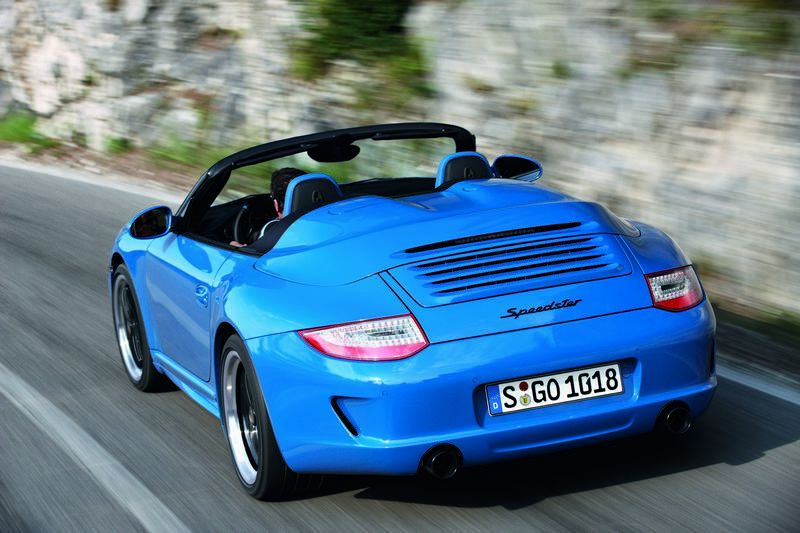 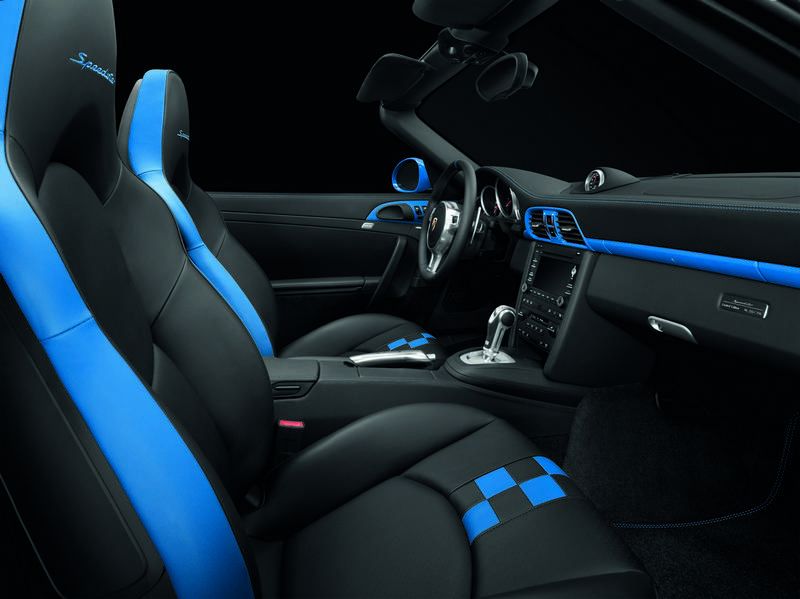