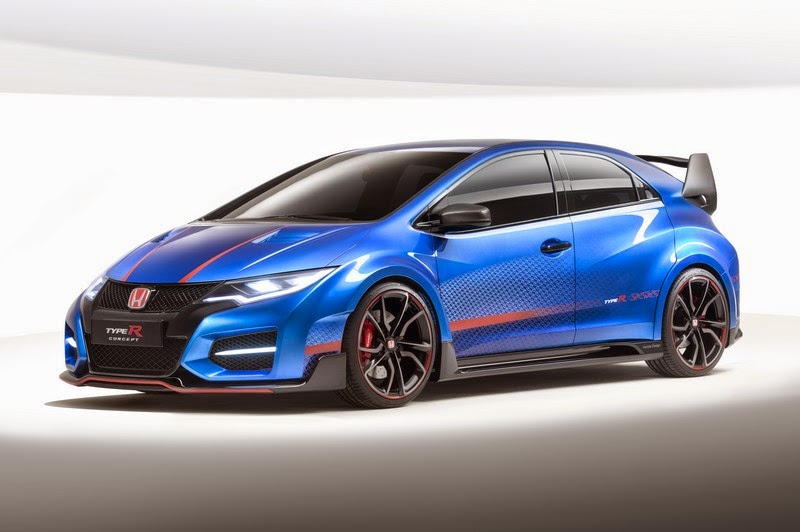 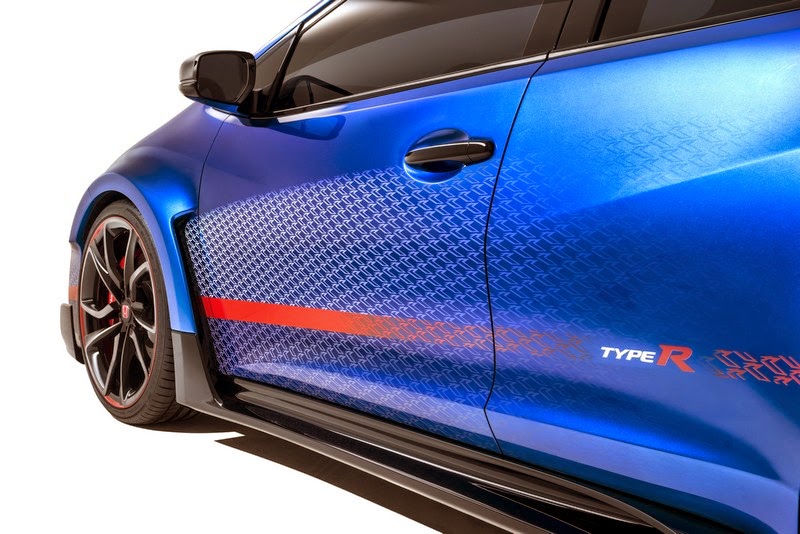 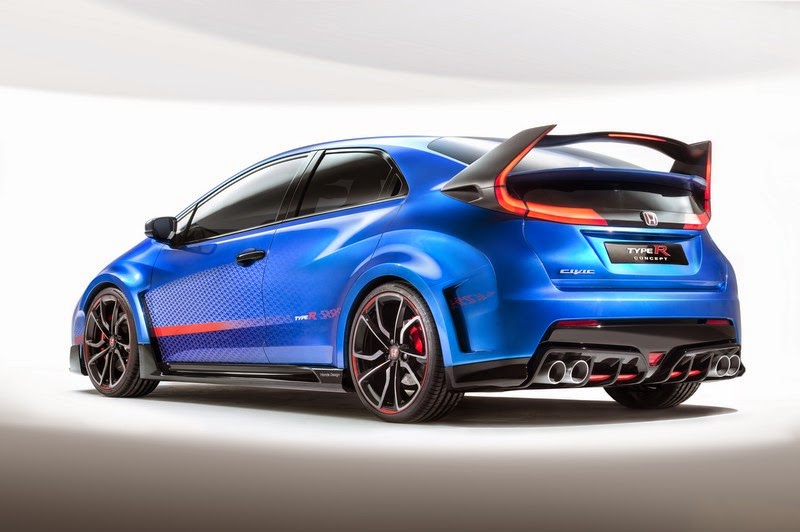 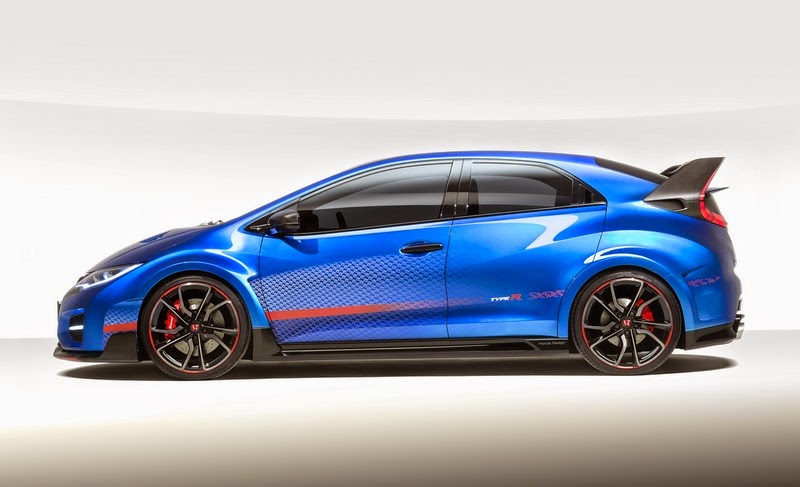 -  Unmatched performance compared to all previous Type R cars, including Civic, Integra, Accord and NSX

- With the automotive world about to descend on the 2014 Mondial de l’Automobile, Honda has released exciting new details about its eagerly anticipated Civic Type R.

The all-new hot hatch – due in European showrooms next year – will be the most extreme Type R yet, signalling the start of a new performance era for the brand.

Power will come from a 2.0-litre i-VTEC engine from Honda’s Earth Dreams Technology series. Developing over 280 PS, it will deliver unmatched performance compared to any previous Type R car. That includes all generations of the Civic, plus the iconic performance-oriented versions of the Integra, Accord and even the NSX.

While complying with strict Euro 6 emissions regulations, this is a Honda Type R powerplant like no other. While its predecessors were naturally aspirated, the new unit benefits from a turbocharger, boosting low-end power delivery. Combined with the high-end performance that’s synonymous with Honda’s VTEC technology – and much-loved by enthusiastic Type R owners – they will deliver a sensational driving experience.

Suehiro Hasshi, Large Project Leader for the Civic Type R at Honda R&D, commented: “Honda has had four Type R model derivatives – the Civic, Integra, Accord and NSX. The engine in this new Honda Civic Type R is unrivalled against all of them in terms of raw power, torque and engine response.”

Hasshi-san emphasised the car’s appeal will be far greater than a new high-performance engine under the bonnet. A number of engineering innovations and enhancements will make the new Civic Type R a true driver’s car, worthy of wearing the famous red ‘H’ badge.

For example, the Civic Type R will mark the debut of Honda’s new ‘+R’ button. Located to the side of the steering wheel, once pressed it activates ‘+R‘ mode for the most exhilarating driving experience. The engine response is heightened, with torque-mapping changed to a more aggressive and performance-focused setting. Steering becomes more responsive and, together with the new four-point Adaptive Damper System, delivers the ultimate handling experience.

Hasshi explained: “In default standard mode, the Civic Type R is exceptionally agile, an everyday sports  car with an enjoyable and fluid acceleration. The  ‘+R’ button brings out a more dynamic and athletic car for the driver, to set pulses racing. The difference in character is immense. The ‘+R’ mode is extreme; the car is ideal for track use and will be appreciated by the genuine sports-driving enthusiast.”

Furthermore, a new four-point Adaptive Damper System has been developed specifically for the Civic Type R. It automatically adjusts the front and rear suspension damping force stiffness in a split second, based on driving conditions. This allows the new Civic Type R to provide a comfortable ride during cruising, yet become firm and agile when high-performance handling is required.

The new Civic Type R will follow in the footsteps of its predecessors with a six-speed manual transmission. The development team selected this option to maximise driving enjoyment.

Hasshi explained: “The manual transmission allows the drivers to select the gear they want, for example, down from fifth to third when approaching a corner. The concept of the new Civic Type R is to be the complete driver’s car so this was the best option.”

The all-new Civic Type R has been developed and engineered for European driving tastes. To be built at Honda’s state-of-the-art plant in Swindon, UK, it will arrive in dealerships during 2015.

To see the latest Honda Civic Type R Concept car, go to the Honda Stand in Hall 3, at the 2014 Mondial de l’Automobile. Honda’s press conference takes place on this stand at 16.45 CET on Thursday 2 October.