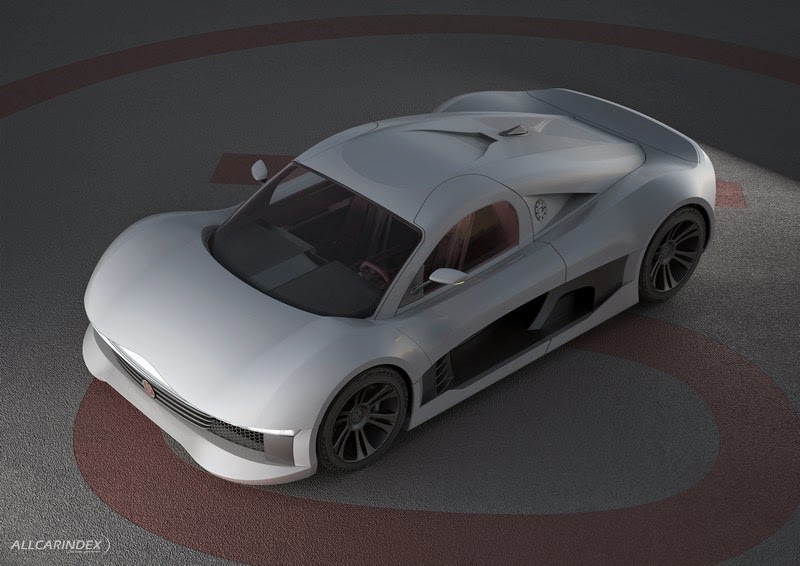 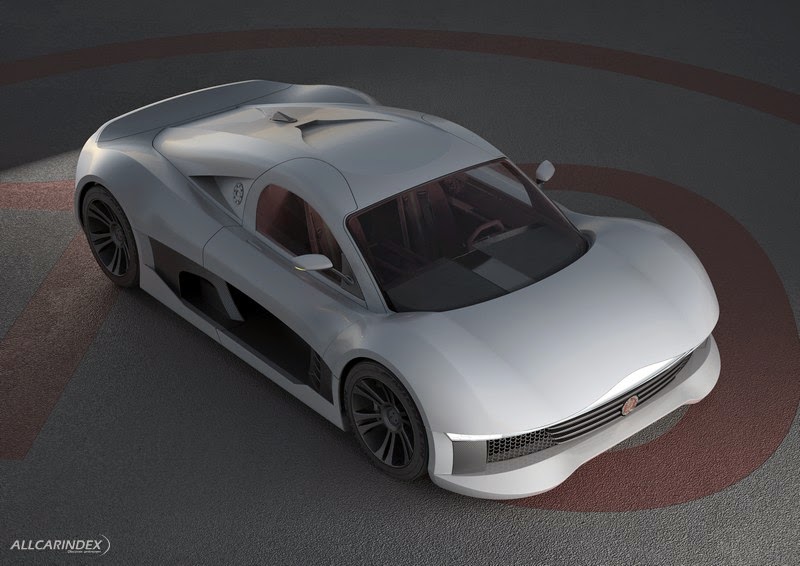 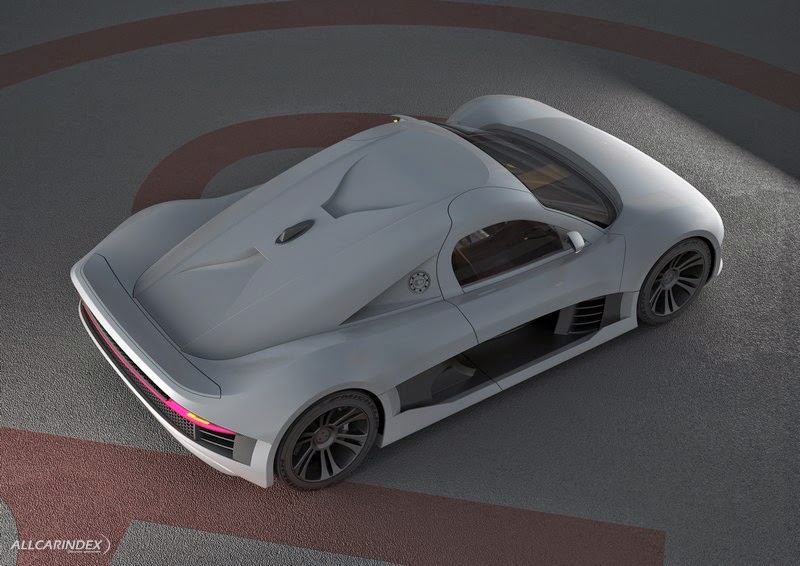 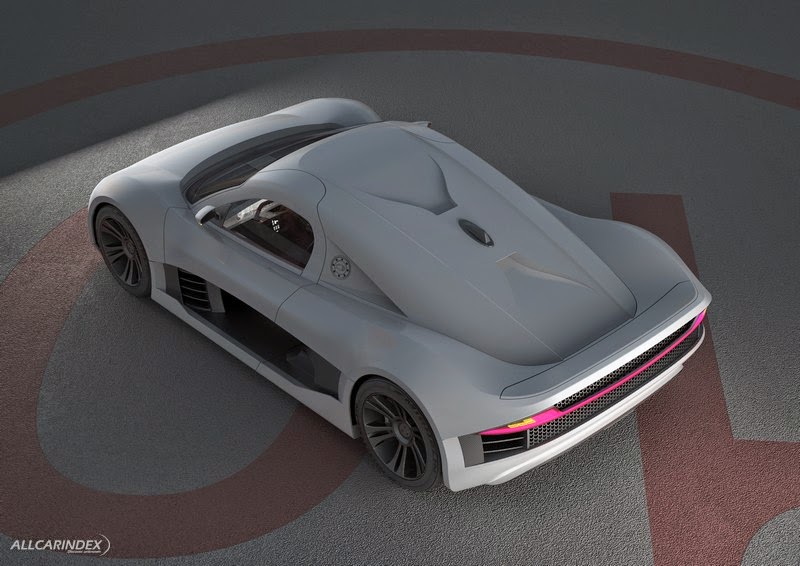 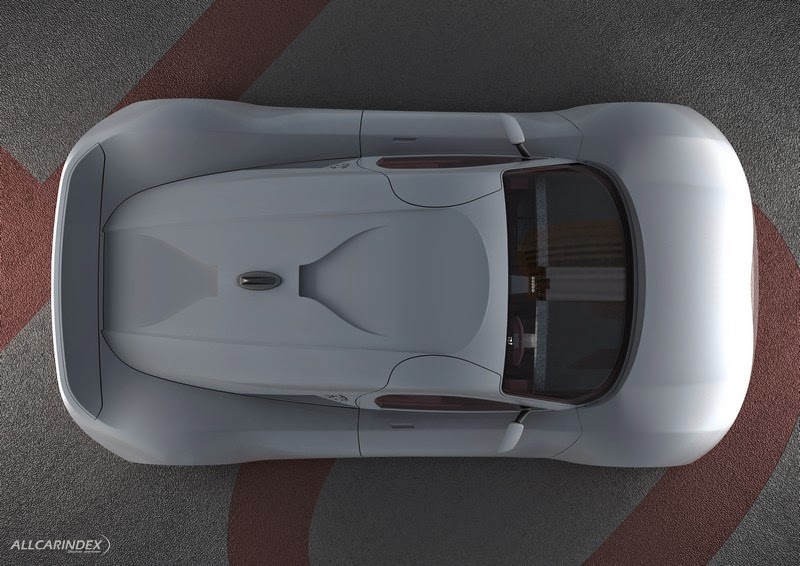 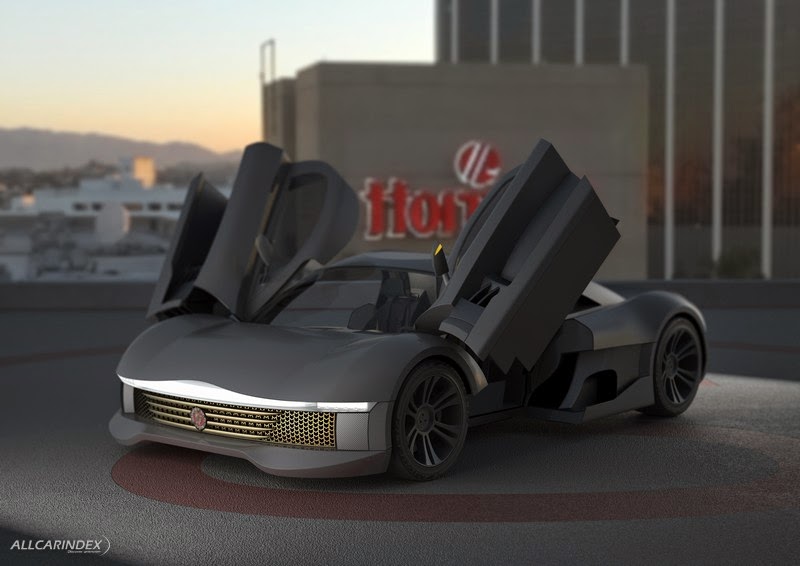 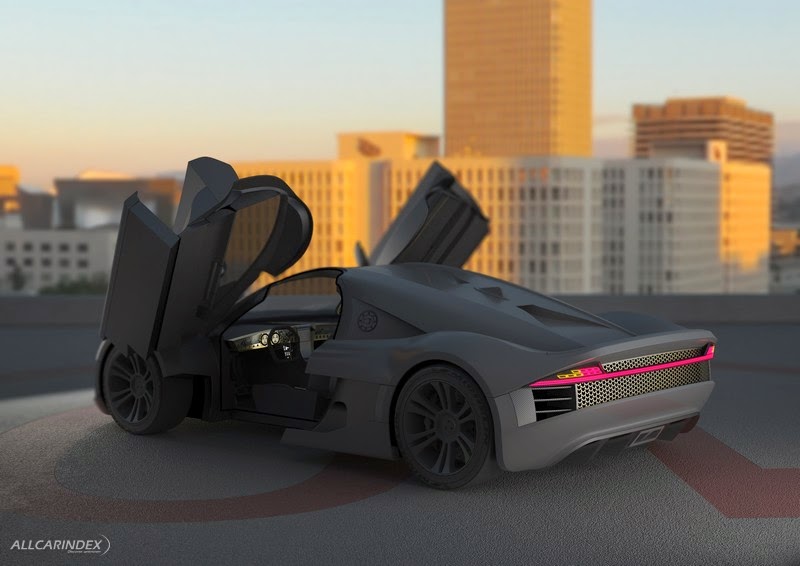 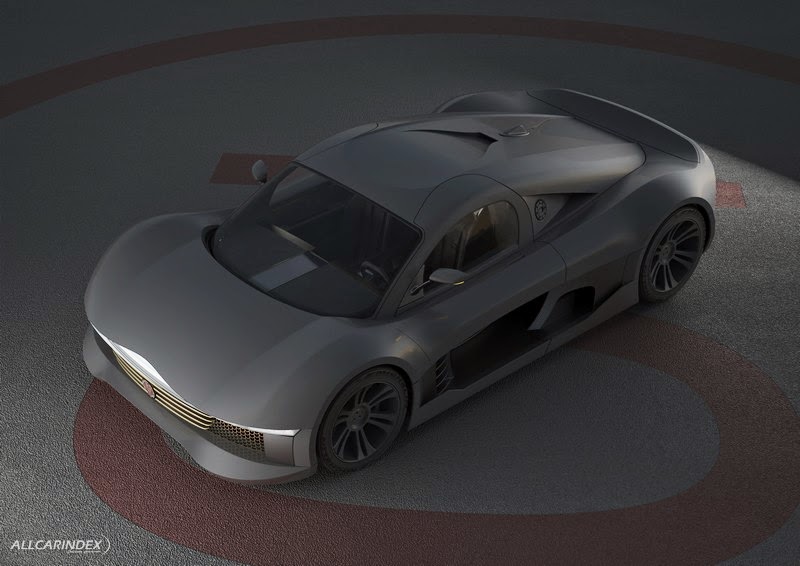 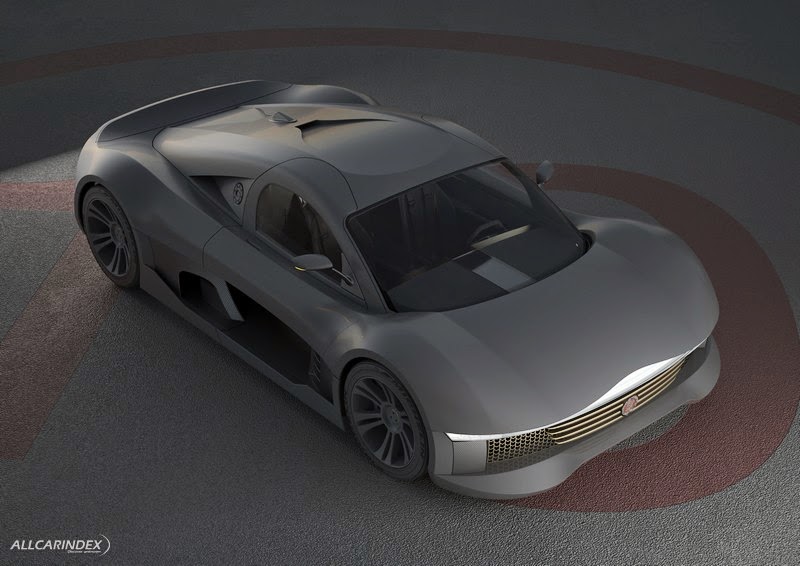 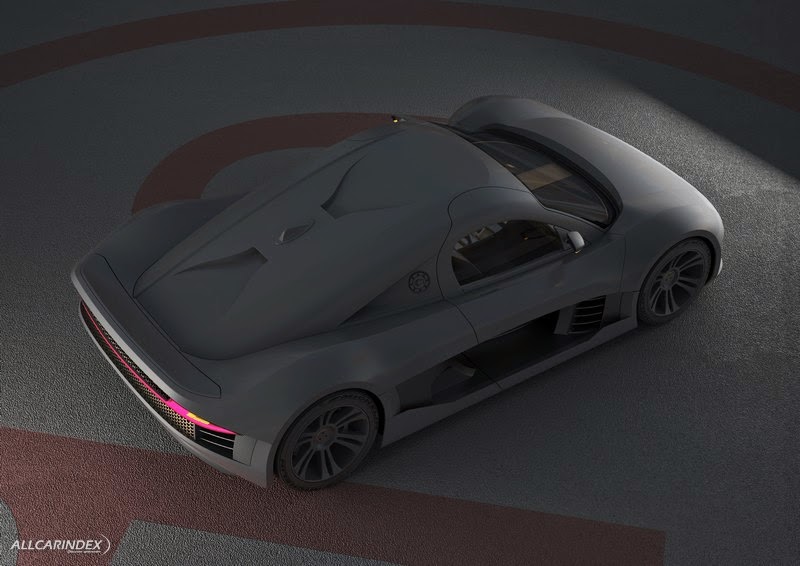 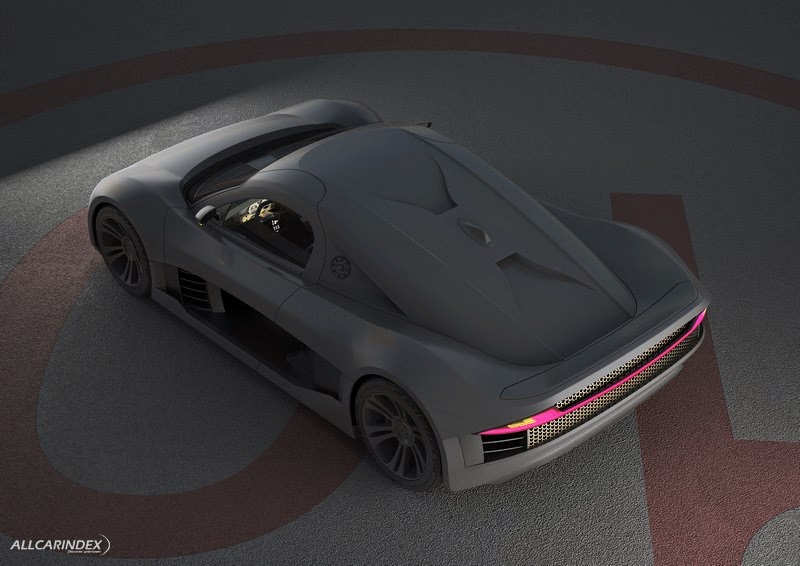 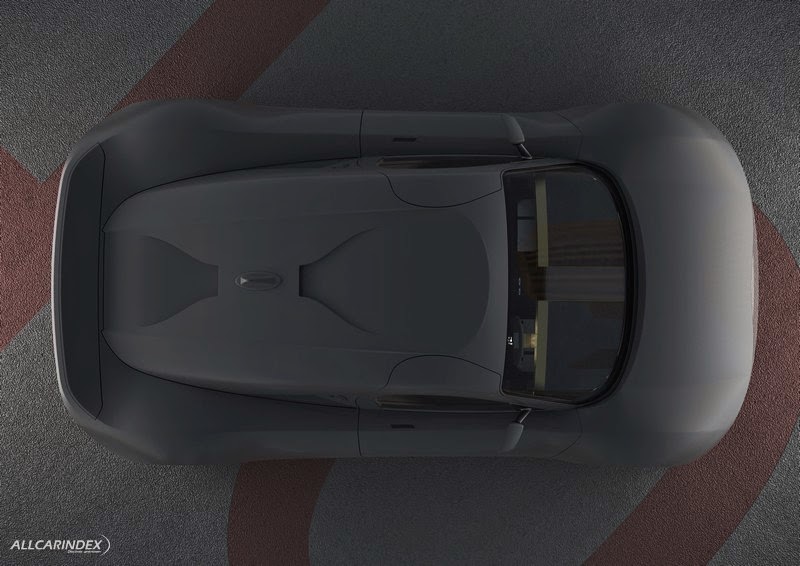 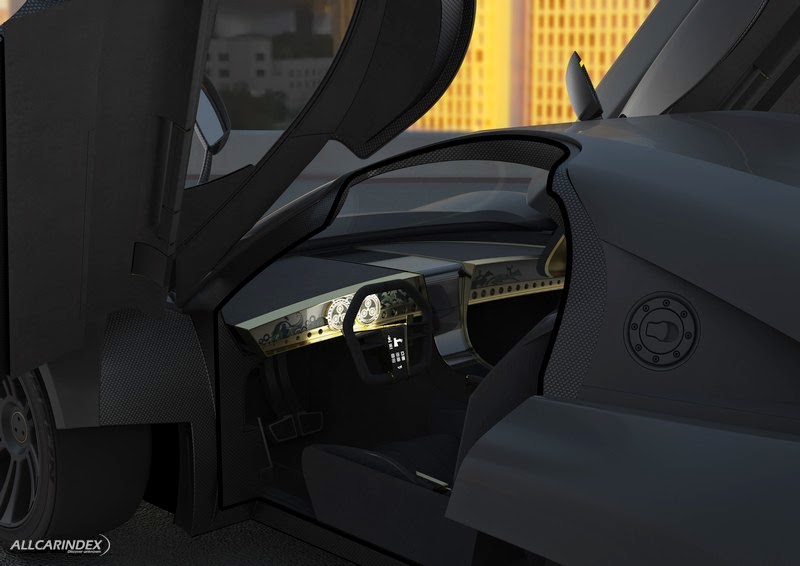 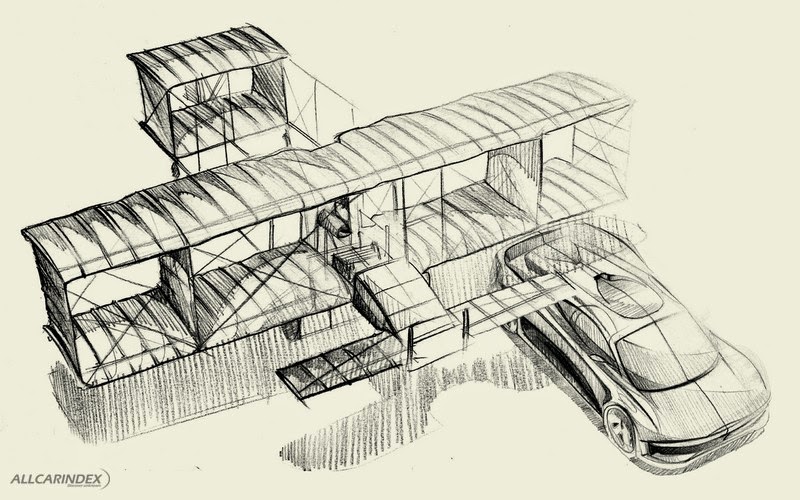 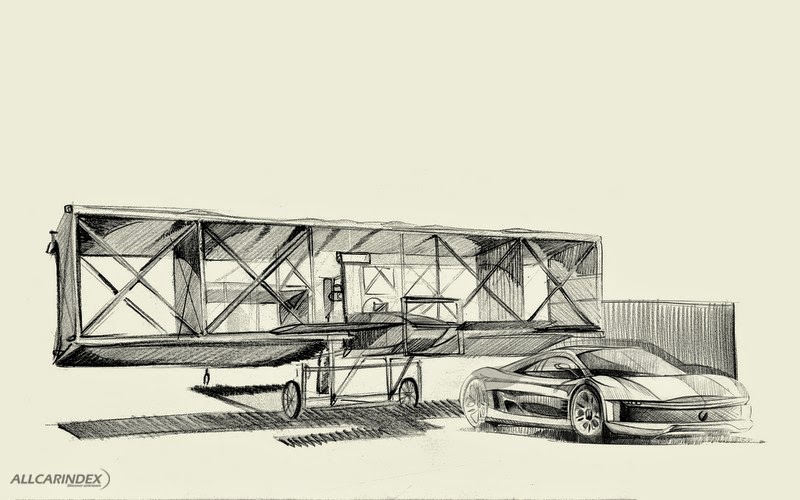 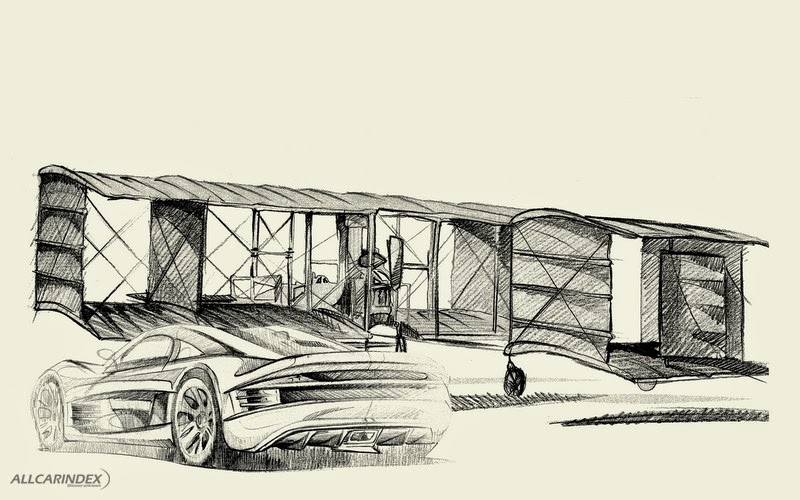 THE FIRST LUXURY AUTOMOBILE IN THE WORLD

We tend to forget the origin of things. The way we, as men, have had to travel to achieve our pinnacle. And most likely, we are still far from what we will achieve in the coming decades.

We can count the most prominent automotive manufacturers on one hand. On October 15th, 1897 Sylvain de Jong founded in London & Antwerp the one that is considered to be the first luxury automobile brand in the world. Minerva Automobiles, is the story of a bygone era, but also of our time and this we promise, the story of a future time.

Automobile have always been icons of luxury and success. Despite the fact that they have become somewhat commonplace, the most prestigious brands still represent a real symbol in many ways. For some of them, it represents the unique know-­how of a few men, combining history, art and technology accumulated over many centuries or millennia.

Just like the end of 1800 beginning of 1900, we are now in a period where we are redefining various industries.

THE RETURN OF MINERVA AUTOMOBILES

ANTWERP  LONDON  NEW YORK AND AROUND THE WORLD

The vehicles were destined to diverse and exotic locations such as the United Kingdom, Europe, the Middle East, South America, the United States, Australia, Sweden, Norway, Hungary, Russia, Siam, India, Asia, and Africa.

The distribution was done by representatives around the world, including in Antwerp, London, Madrid, Vienna, Geneva, Zurich, Strasbourg, Belfast, Prague, Stockholm, Moscow, Melbourne, Sydney, Cape Town, Mumbai and in the heart of Manhattan in New York, just 800 meters from Times Square.

On Chenies Street in London, the statue of Minerva still watches over what was the London headquarters of the company. It is located just a few steps from the British Museum, and only a few blocks from the Palace of Westminster and its famous "Big Ben" tower. This location perfectly reflects the ambition of Sylvain de Jong, the founder of Minerva Automobiles.

Minerva Automobiles knew from the start to surround itself with ambitious and talented people who participated in writing the history of the automobile industry. There are, among them Charles S. Rolls, who joined the Minerva adventure before founding Rolls-­Royce. David and his cousin André Citroën, who was the chairman of Mors automobiles which ran on Minerva engines, later founded their own brand Citroën. Frederick Koolhoven, founder of Koolhoven aviation, pioneer in transport aircraft and also a great contributor to the development of fighter aircraft. In total, he designed around 60 different aircraft. He was Fokker's main competitor, and was also a contributor to Spyker. Finally, Kennelm Lee Guinness, racing pilot and founder of the KLG brand and member of the family of famous brewers.

Choosing the name of the first model as been undoubtedly one of our most sensitive tasks. Representing Minerva’s past and present at its fair value, while conveying the passion and emotion that it carries, led us to one of the most illustrious characters of the late 19th century, Lord John Moore-Brabazon of Tara.

Born in London on February 8, 1884, the son of Lieutenant-­Colonel John Arthur Moore-Brabazon and Emma Sophia, he started his education at Harrow School followed by engineering studies at the University of Cambridge. He spent his university holidays working for Charles S. Rolls as an unpaid mechanic and they became close friends. After dropping out of Cambridge, he became an apprentice at Darracq in Paris.

In 1905, Charles S. Rolls and David Citroën encouraged Sylvain de Jong to engage Minerva in motor sports events one of them being the "British Tourist Trophy," starting at the Isle of Man that same year. Charles S. Rolls, then representative of Minerva, brought John Moore-Brabazon to Sylvain de Jong, to be Minerva’s race pilot, where he distinguished himself on many occasions.

Aviation pioneer, John Moore Brabazon was the first English aviator. He received the pilot licence numbered 1 by the British Royal Aeronautical Club, assisted by Charles S. Rolls, who received number 2 John Moore-Brabazon and Charles S. Rolls made an ascent in the first spherical balloon made in England and built by Short Brothers plc. The company was purchased by Bombardier in 1989 He was also involved in the aircraft design, most notably for Short Brothers plc, which was also the first production aircraft manufacturer in the world. Some of its production emanated directly from requests from the Right brothers. John Moore Brabazon later became the British Minister of Transport and Aircraft Production. He also founded the Brabazon Committee with the task of developing the British commercial aviation. John Moore Brabazon was entitled to the rank Baron of Tara in April 1942.

The big question for an automobile, high in performance, strong in history and passion, is the choice of the environment for which it is intended. It is either designed around comfort, finesse and grace or around extreme performance without compromise.

We have the great pleasure to introduce the Minerva - JM Brabazon in two variations. The "JM Brabazon - Royal" and "JM Brabazon - Excellence." They share the same platform, but are distinguished by their internal setting and their outdoor environment.

Minerva and John Moore Brabazon is a story, a journey that you will immerse yourself in, every time you enter the automobile’s environment.

The spirit and the journey of Lord John Moore Brabazon form the main environment. The sophistication of simplicity, accompanied by the Belle Époque architecture, the metallic architecture, the essence of great inventions, peculiar to the late 1800s early 1900s, are all reflected in the smallest details of the interior and the exterior of the "JM Brabazon  Royal" and "JM Brabazon  Excellence."

Each component is designed, not as an end in itself, but as a work that combines history, art and technology.

Indulge in its character and witness the revival of original lines, which made the distinction between automobiles before being fitted with bodies, and are not more than the mere shape of the former radiator.

The "JM Brabazon  Royal" is pure, elegant and noble. The more graceful of the two versions making it a tribute to the first luxury automobile in the world.

As automotive enthusiasts, we all know of the meticulous engineering process that characterizes the interior of our automobile. The "JM Brabazon  Royal" reflects all this attention to detail in its cockpit which is a hybridization between delicate watchmaking and precision engineering. It unfolds before our eyes, its performance through its refinement.

The dash board is a canvas chosen trough the artistic expression of the driver. As such, it reflects in art, his personal feelings.

Three valuable materials, gold, platinum and carbon form the major accents. They are complemented by leather and alcantara as well as refined touches to merge these different environments together. The final choice of materials is fit to the client.

A functional, stylish and ergonomic design brings all the desired comforts that hitherto are absent in highperformance automobiles. From the adjustable double footrests, to the armrest emerging from the center console with storage space, to the adjustable seats bearing a similarities to aviation.

While most automobiles in that range are short on luggage capacity, we invite you for a Voyage. The aesthetic ingenuity, confined by the desire to materialize the spirit of aviation of John Moore Brabazon, allows us to make you travel in the literal sense. A bespoke 30 liter bag fits behind the seats just below a bespoke briefcase.

The "JM Brabazon  Excellence" is, in itself, pure performance and nothing less.

Lightness is the key to the "JM Brabazon  Excellence" which is the stripped version. The dash board, center console and the seats highlight its sportiness. The driving instruments are fit for day to day as well as high performance driving.

It's time to reveal a little more about the technical architecture...

All the components are developed specifically for the "JM Brabazon," from the powertrain to the tires, with the objective of delivering high performance.

The "JM Brabazon" defies the best chronometers in the world, with art, history and technology. Its maximum speed exceeds 400 km/h and the acceleration from 0 to 100 km/h is achieved in less than 2.1 seconds.

A lot of thought was put into the design of the hybrid powertrain in order to increase energy efficiency but also performance. In the urban driving mode, the automobile is driven electrically and provides a range of more than 100km. Three main components are part of the electric system generating an more than of 200hp: the two electric motors on the front wheels, a rear electric motor and regenerative braking. The energy recovered can be used instantly or stored in a state-of-the-art lithium-polymer battery.

The combustion engine is a 60° V12 bi-turbo with direct injection. It revs up to 10,000 rpm and delivers over 1000hp. The rear mid-engine is partially load-bearing and is fully custom designed and developed, like the 7-speed dual clutch transmission with "Start and Stop" technology.

Thanks to a carbon monocoque, the curb weight does not exceed 1200 kilos and results in a power to weight ratio of 1 to 1 Four wheel steering provides the vehicle with a better response to handling maneuvers.

The aerodynamics and the suspension are electronically controlled and continuously regulate the driving height, downforce and drag force. The active aerodynamics consists of a movable rear spoiler in height and angle of incidence and adjustable front flaps.

Several driving modes are available, some for safety, some for ease of driving at low speed and obviously those for pure performance.

As for the future of Minerva Automobiles? We are already working on it...

This Credentials was acquired through the wonderful and distinguished limousines, soft and refined design, comfort and unparalleled finishes and nicknamed "the Royal Automobile."

No timetable is established to date, however by the same occasion, we announce our future creations.