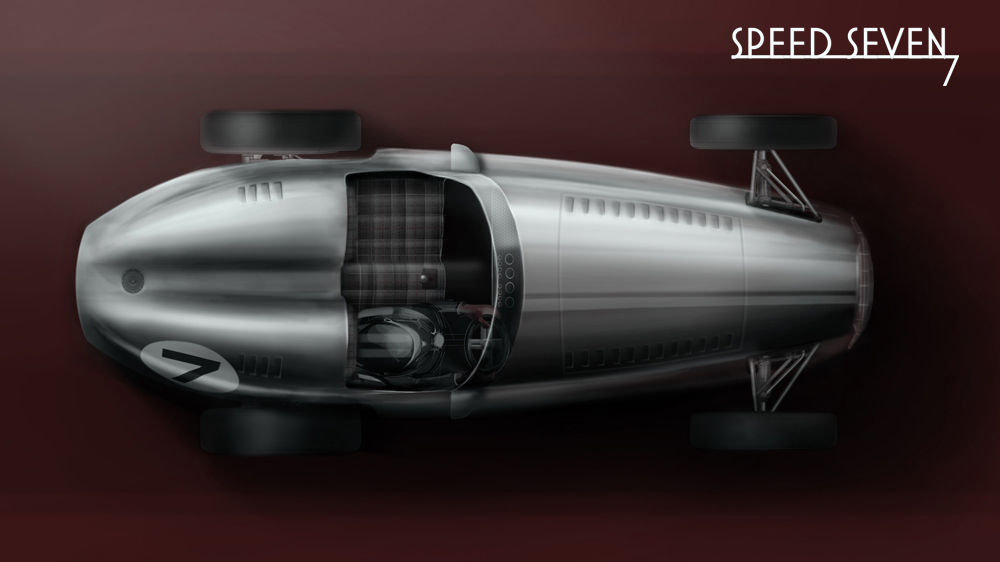 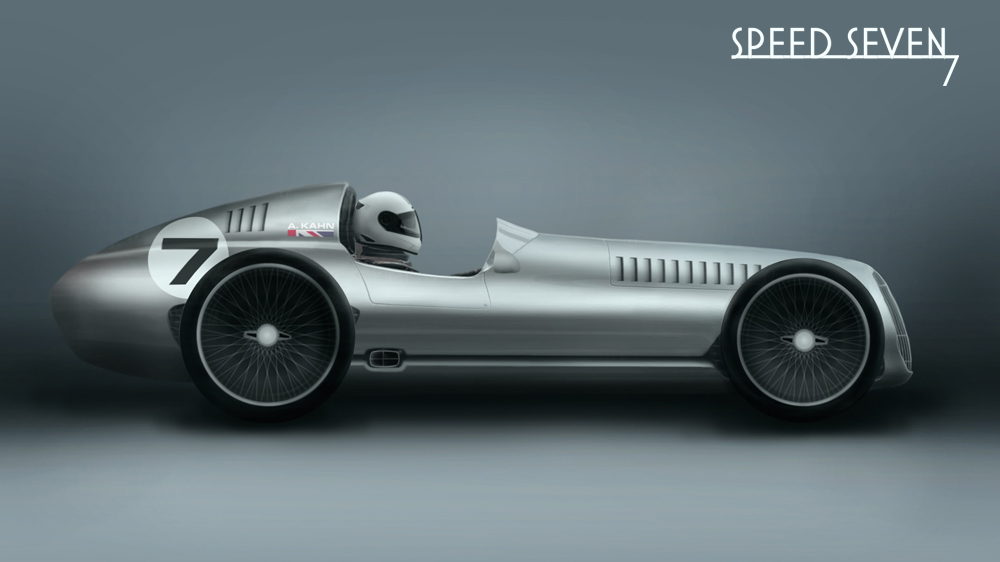 Renowned British designer Afzal Kahn has announced that he plans to produce a retro style racing car currently codenamed the “Speed 7” during 2015.

The Speed 7 is the third major coachbuilding venture from Kahn, following his success with the Flying Huntsman brand of Land Rover Defender vehicles launched to much acclaim at the 2015 Geneva Motor Show, and the hotly anticipated launch of the WB12 Vengeance coachbuilt coupe later this summer.

Designed and lovingly handbuilt in Britain, the Speed 7 takes inspiration from the Grand Prix racers of the 1930s, with a focus on recreating the original experience of this era of motoring, using modern materials to deliver fantastic handling and performance.

Kahn has hinted that the Speed 7 will be built in either aluminium or carbon composite, describing the car as a retro thoroughbred, perfect for the gentleman racer. His aim is to create a motor car which can be enjoyed on the track without reservation, and would fit in perfectly at vintage one-make race days.

The Speed 7 is ideal for companies or individuals looking to set up their own race team, don their driving goggles, gloves and helmet and get out on the circuit to recreate the feel of 1930s racing. The attention to detail extends to the interior, with fixtures and fittings taking design cues from contemporary automotive and aircraft designs.

As a testament to the handbuilt nature of the Speed 7, each vehicle will be adorned with a plaque listing the names of each individual involved in the build, and will come complete with a unique owner’s book detailing each stage of the design and manufacturing process.

In keeping with Kahn’s broader design and fashion expertise he also plans to produce a complementary range of period styled clothing and accessories under the Speed 7 brand.

Kahn is currently inviting discussion with British firms interested in taking part in the project and with a passion for classic motorsport. Collaboration in the areas of infrastructure, manufacturing and associated services is particularly welcome.