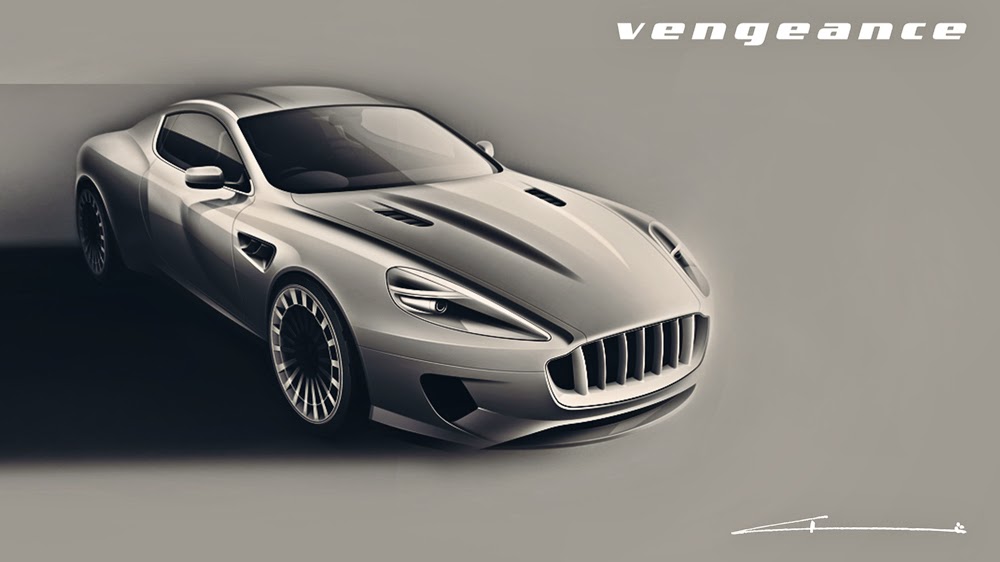 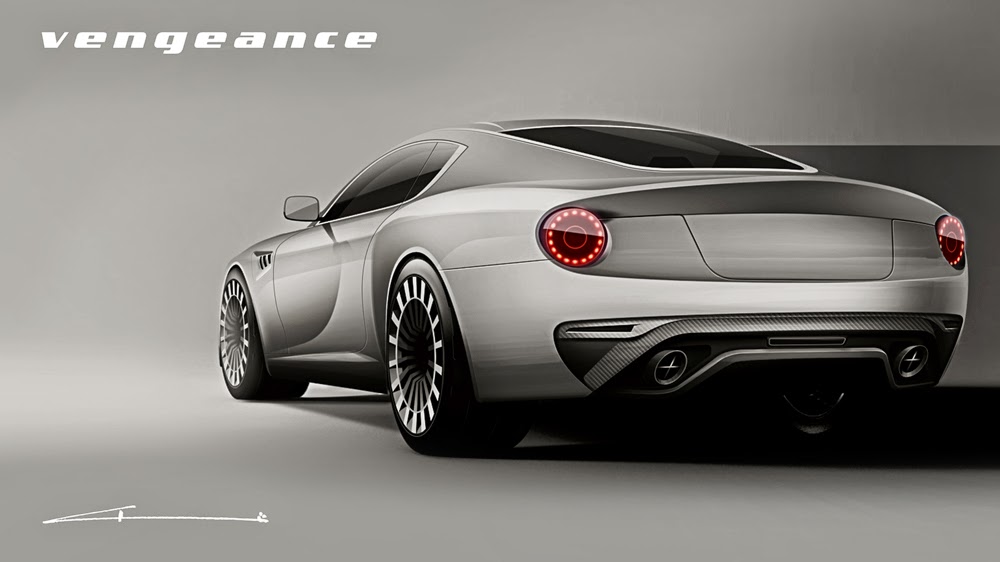 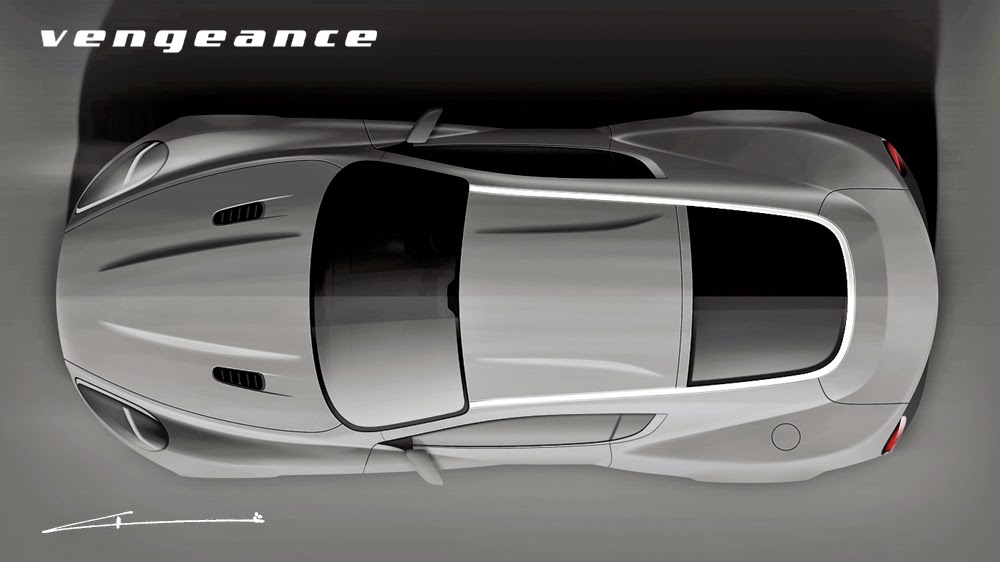 The practice of automotive coachbuilding stretches back to the early 1900s, when discerning customers would employ the services of expert craftsmen to create a custom vehicle body on a pre-manufactured chassis.

Following in this tradition, renowned British designer Afzal Kahn has announced the launch of a new coachbuilt car codenamed the Vengeance.

Built on a new Aston Martin DB9 chassis, the Vengeance is a wide body two door coupe, with a muscular, aggressive design evoking the silhouette of a sabretooth on the prowl.

A supercar owner and connoisseur since his late teens, Kahn has always sought to push the boundaries of car design, developing a distinctive, aggressive design language.

Inspired by the Aston Martin designs of the 1980s and 90s, the Vengeance is the culmination of Kahn’s lifelong pursuit to create the car he has always wanted to drive.

In a radical departure from contemporary design conventions, the Vengeance favours volume and flowing curves over angular surfaces. The result is a spectacular fusion of modern engineering and classic streamlined design.

Kahn’s style and personality is evident in every curve of the Vengeance, the result of a painstaking design process, working and reworking each line and surface to the point of perfection.

The most arresting features are the widened rear wings, emphasised by lines projected from the signature bonnet bulge, through the roof and along the length of the car. These visual aids work in unison to promote a more poised, meaningful stance, sweeping rearwards from the unmistakable grille centrepiece.

The polished stainless steel roof halo and window trim reinforce this balance, curving to meet at the diminished rear windows, which enhance the coupe style of the Vengeance.

The multi spoke design and inner rim takes inspiration from the classic roulette wheel, with a two tone finish juxtaposing the central section in body colour with the diamond cut outer section.

Production of a limited series of vehicles will begin in 2015, and the Vengeance will be manufactured in the Midlands, in a nod to the region’s history as the heartland of the British automotive industry.

Each vehicle will be hand built by Kahn’s chosen team of craftsmen and automotive experts, and will carry an engraved plaque in the boot bearing the names of every member of the British team who worked on the car – a guarantee of the quality craftsmanship invested in each vehicle.

The limited production run is aimed at discerning collectors and investors alike. Vengeance owners will be given unique previews of future coachbuilt projects, as well as advance invitations to purchase new vehicles.

With the price of handbuilt sports cars rising, the Vengeance is likely to prove a sound investment. Pricing is yet to be confirmed, but is expected to represent extremely good value for a limited edition coachbuilt car.

“Launching the Vengeance is the realisation of a dream I’ve had since childhood, to design and produce my own car. I’ve worked in the industry my whole career, and I want to leave a legacy which I can be proud of. The design has gone through several iterations over the years and I’ve taken my time in selecting the right partners to prototype and manufacture the car, ensuring it represents the pinnacle of quality and perfection.”

“I’ve kept every aspect of the underlying car from the crash structures to airbags - mechanically it’s unaltered - why change perfection? This is coachbuilding in its traditional sense - taking a tried and tested product and working solely on the aesthetic.”

“The Vengeance underlines Kahn Design’s expertise in design and coachbuilding. With a team of over 25 designers in house we’re involved in all aspects of product design from automotive to timepieces, interiors, retail space, clothing and accessories.”

“Aston Martin has always been an inspiration, in particular the early Vanquish and the V600 Vantage wide bodies, and I’m grateful for their agreement, and for wishing us success on this project. The Vengeance pays homage to those classic designs while using modern engineering to create something unique and original which reflects my own style.”