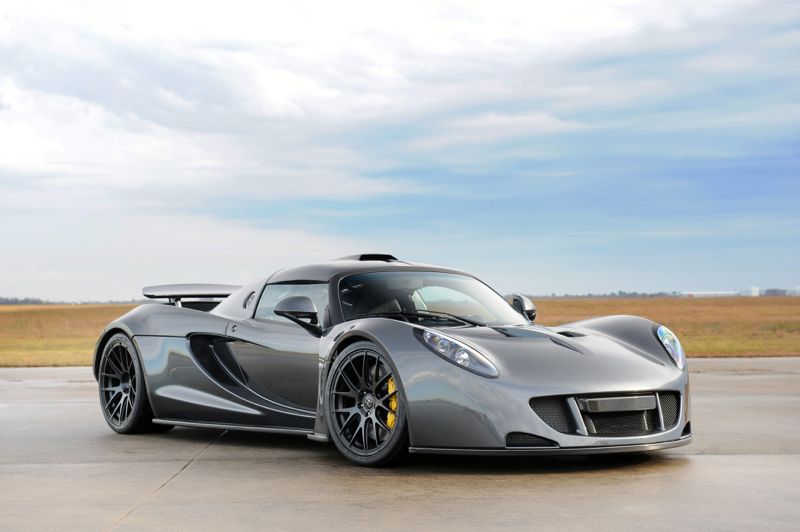 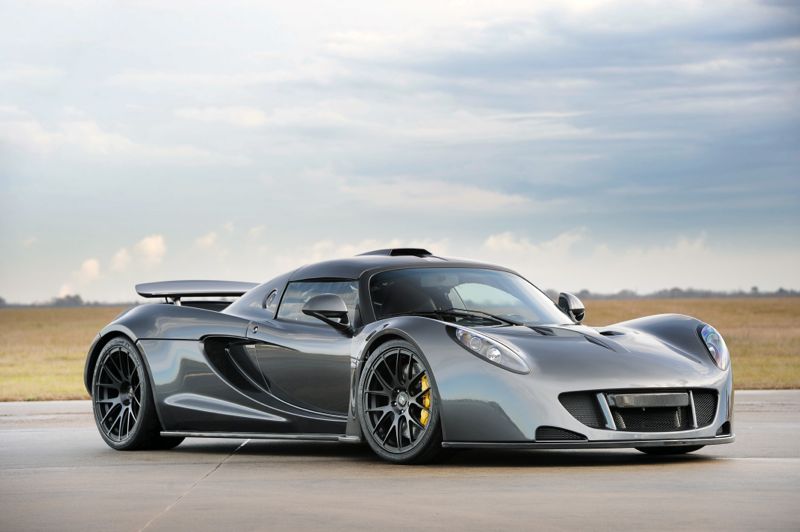 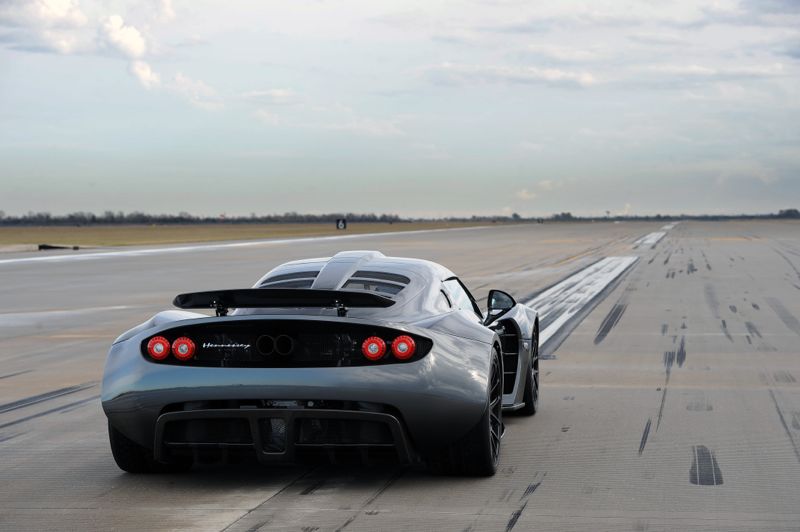 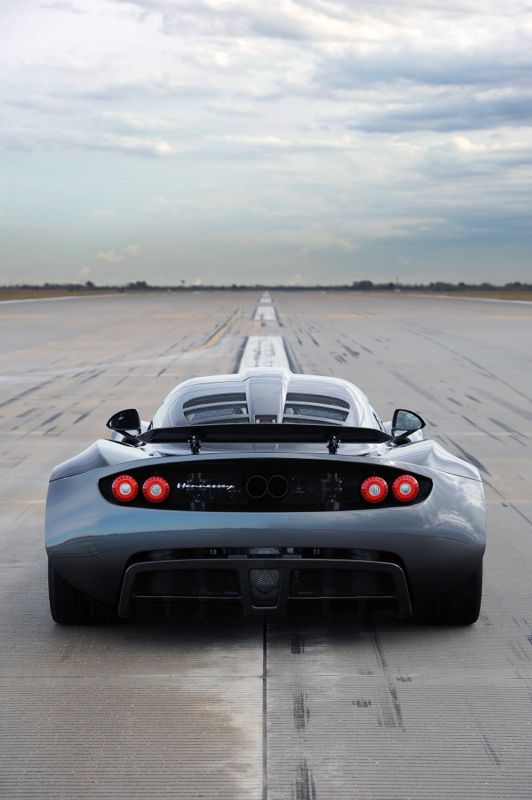 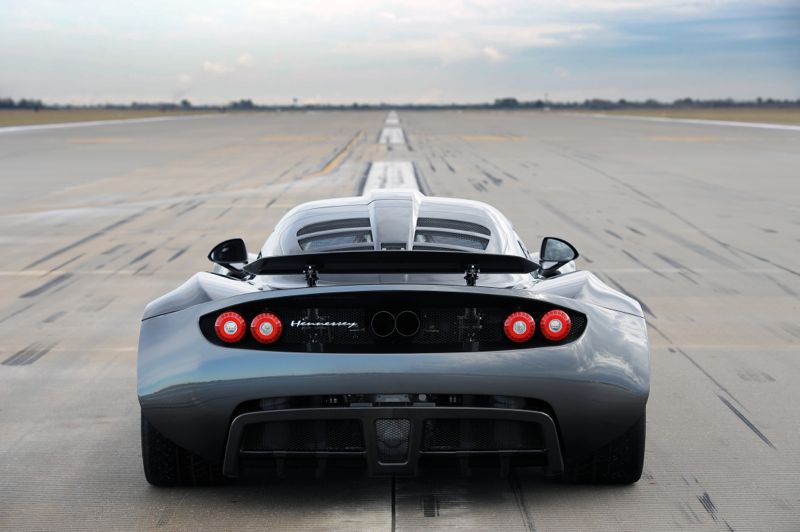 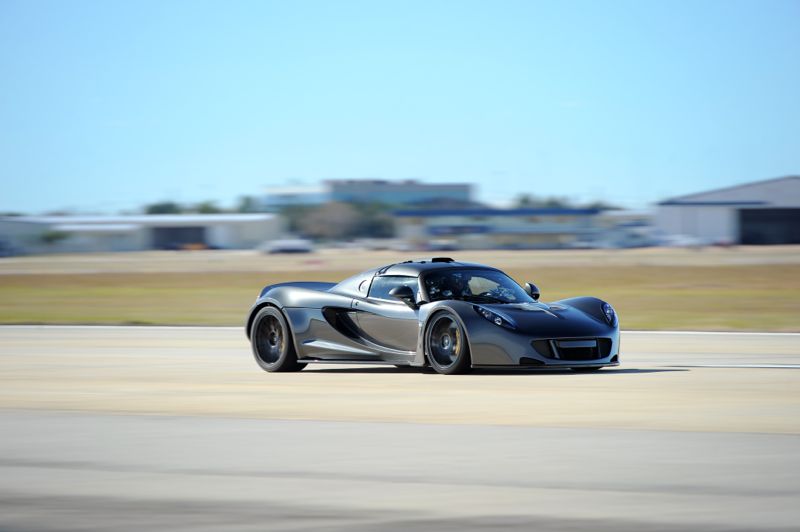 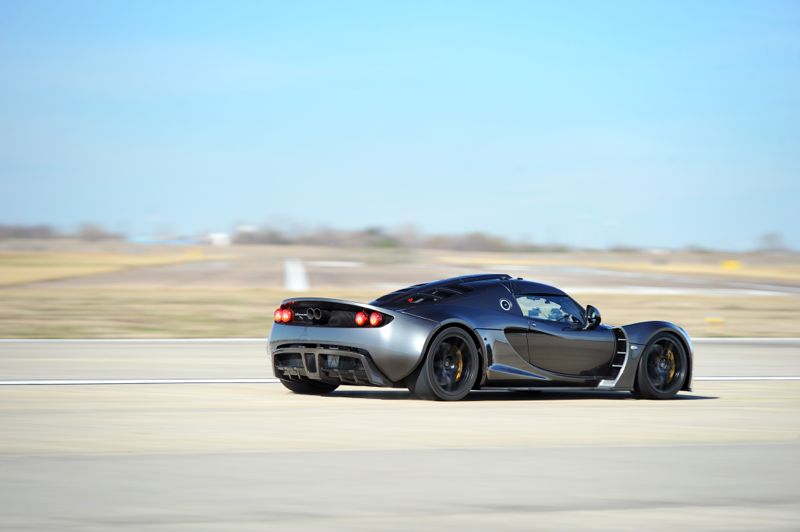 HOUSTON, Texas - Hennessey® Performance (HPE) today announced that on January 10, 2013 its street-legal Venom GT® supercar accelerated from 0-300 km/h in just 13.63 seconds, thus establishing the vehicle as a new record holder according to Guinness® WORLD RECORDS (GWR). The acceleration time was an average of two runs made in opposite directions within one hour and validated by a VBox 3i GPS-based data logging system. VBox officials were on hand to certify the numbers as required by Guinness® rules. The first run was completed in 13.18 seconds with a 4 mph tailwind. The second run was made in 14.08 seconds while encountering a 6 mph headwind. The resulting two-way 0-300 km/h average was 13.63 seconds

"We are exceptionally proud of our team at HPE who helped to make this new Guinness® World Record possible," said company founder and president, John Hennessey. "This is just the first of several validation tests designed to show the world what our special car is all about - being the fastest. Period."

A Guinness® representative was on hand to witness the testing as well as to personally inspect the Venom GT® before making any acceleration attempts. After the record runs were made (and officially validated) the representative was given a ride in a Venom GT® to personally experience the performance. "I have never ridden in anything this fast," said Guinness® WORLD RECORD adjudicator Philip Robertson. "The acceleration is absolutely amazing."

Although Guinness® only recognizes runs made in kilometers per hour (km/h), the Venom GT® also set a new unofficial acceleration record of 0-200 miles per hour (mph) in 14.51 seconds as verified by VBox GPS. The 0-200 mph record was previous held by the Koenigsegg Agera R that required 17.68 seconds time- 3.17 seconds slower than the Venom GT®. By comparison, the Bugatti Veyron Super Sport (powered by a 1,200 horsepower 8.0-liter, quad-turbocharged 16-cylinder engine channeling power through an all-wheel-drive system) ran 0-200 mph in 22.2 seconds- 7.7 seconds slower than the Venom GT®.

Hennessey® only plans to build a total of 29 Venom GTs, with one-third of the production run already being sold. Thus, the Venom GT® is not only the fastest accelerating production car in the world, it's also one of the most exclusive. The Venom GT® costs $1.2 million US Dollars plus shipping and not including options. Each vehicle is custom built to order and requires six months for completion.

Throughout the Guinness® WORLD RECORD testing, television host Matt Farah of The SmokingTire.com was on hand to capture video and interviews throughout the day. Visit www.thesmokingtire.com for an in-depth look at the Venom GT® as well as to experience a ride in the vehicle as it establishes a new world record.