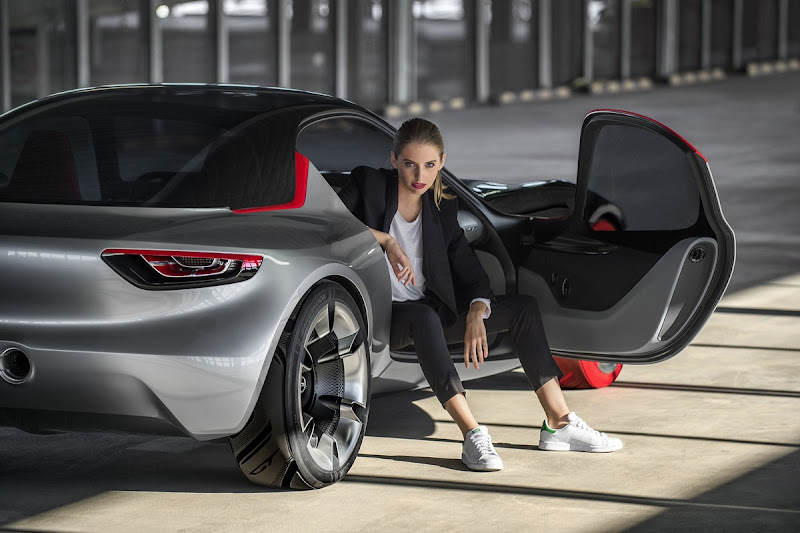 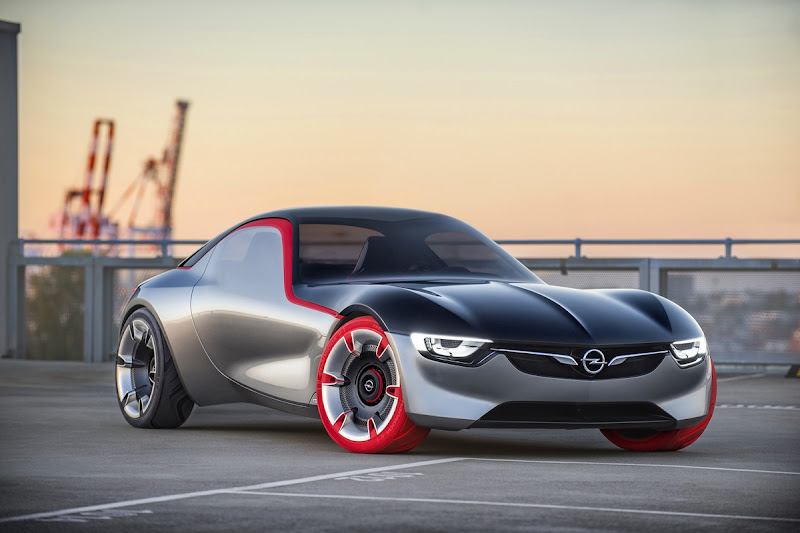 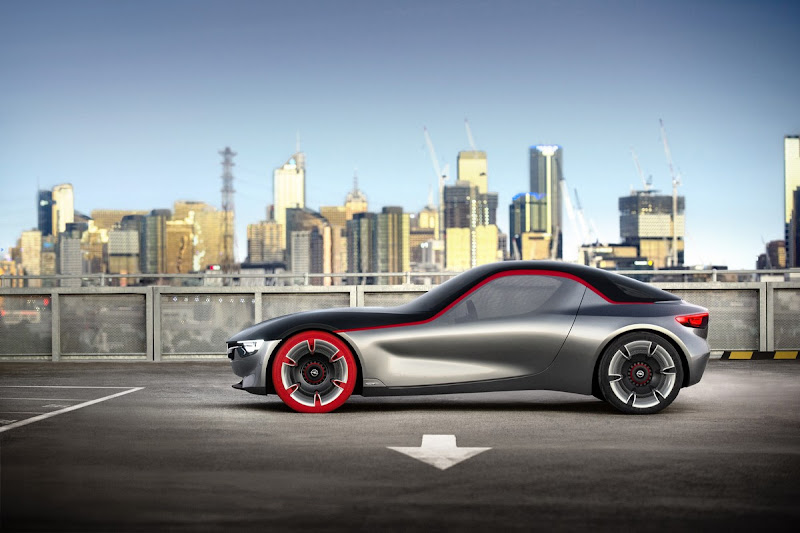 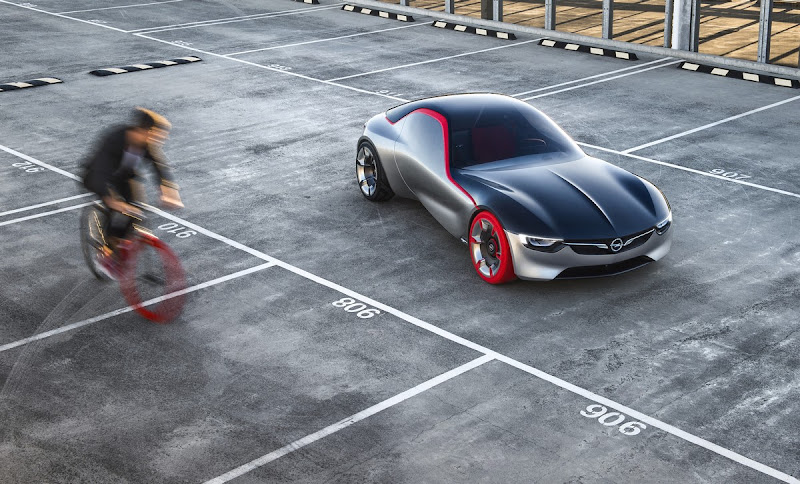 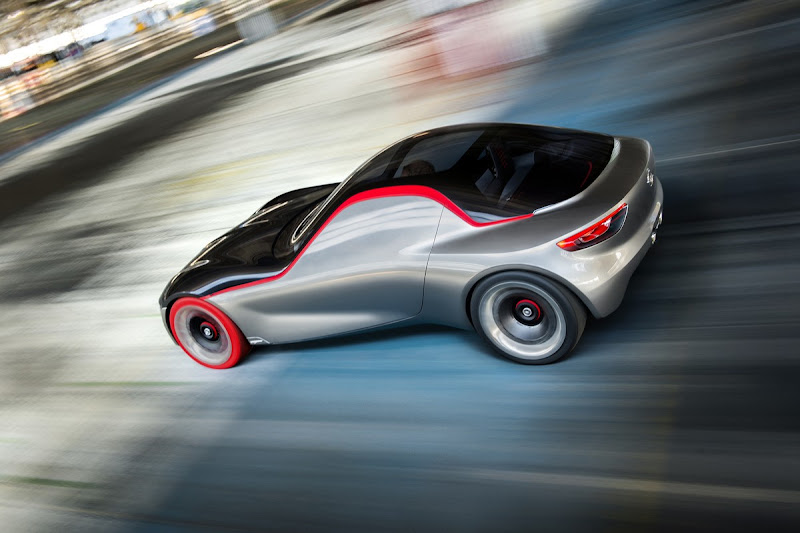 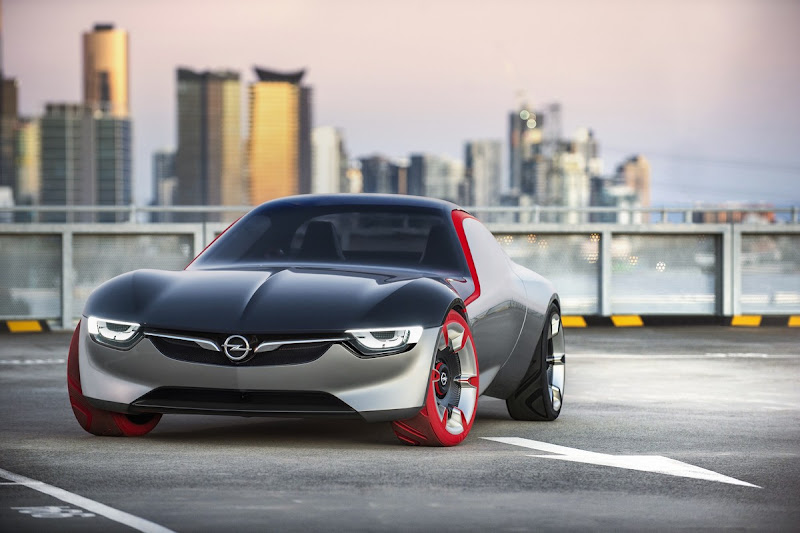 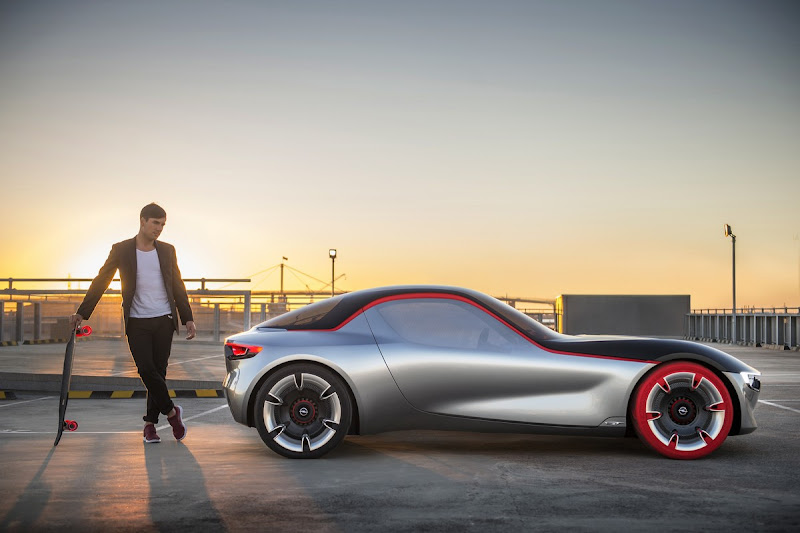 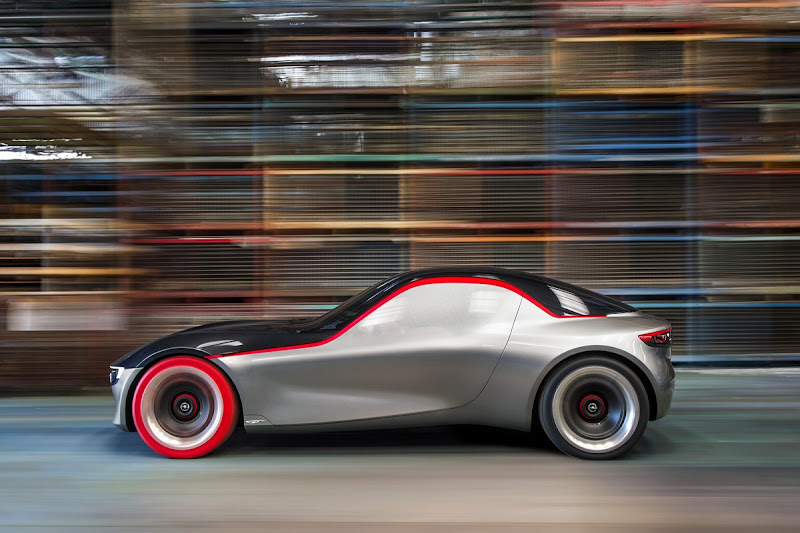 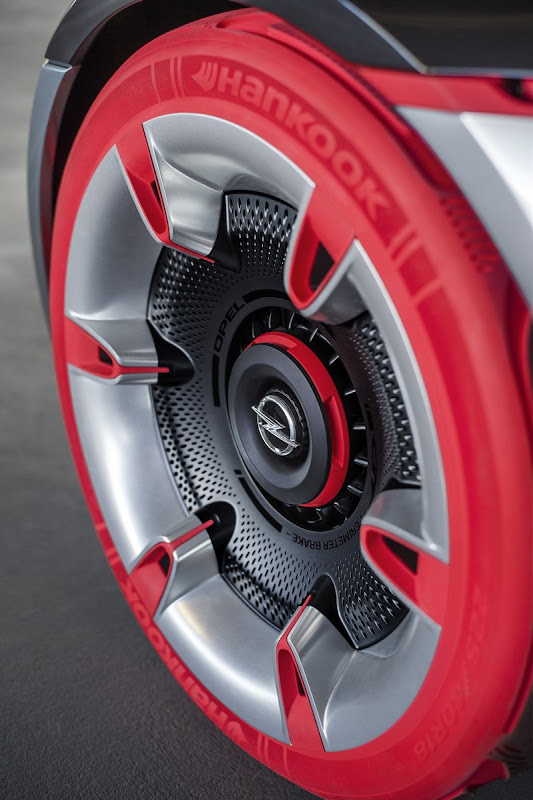 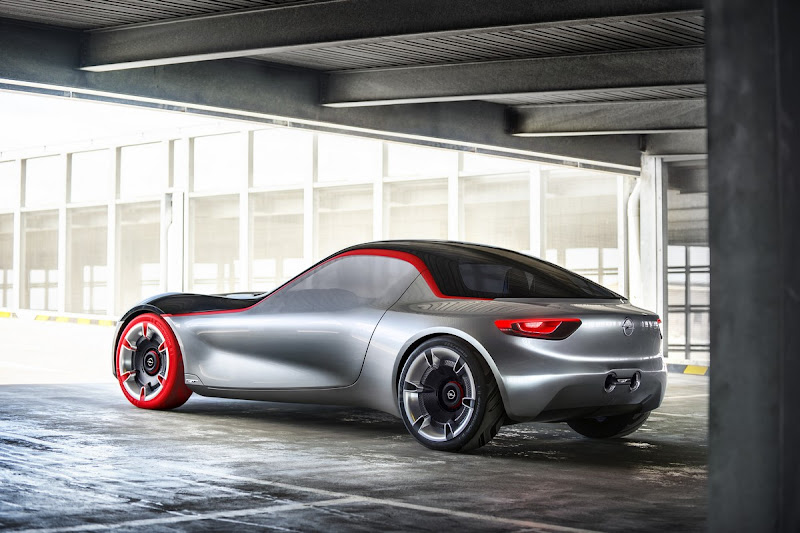 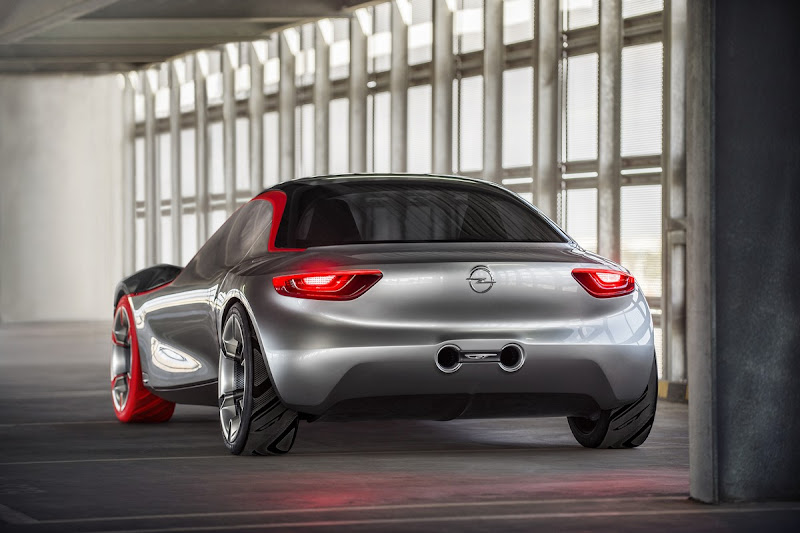 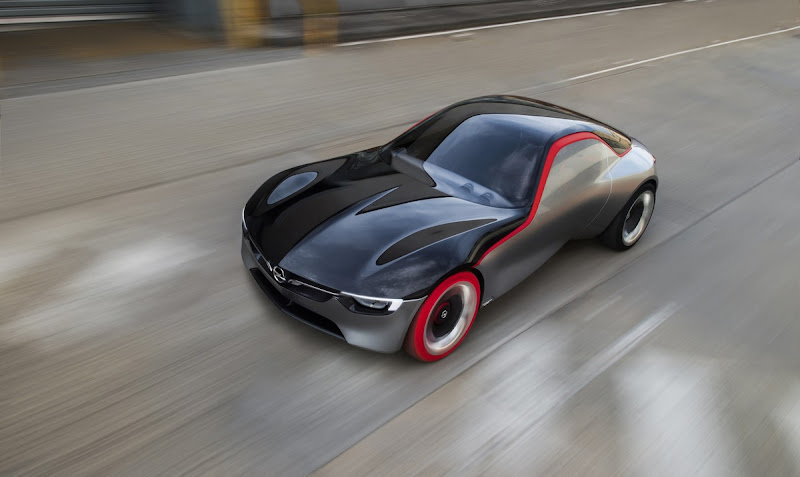 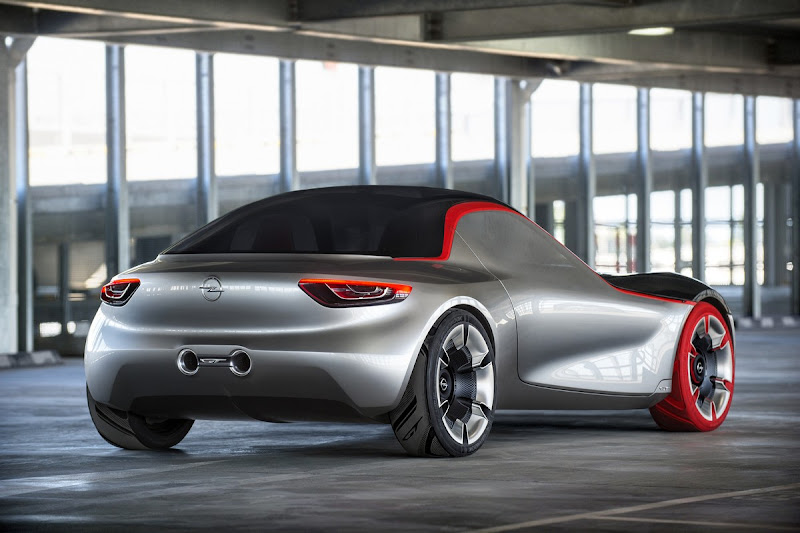 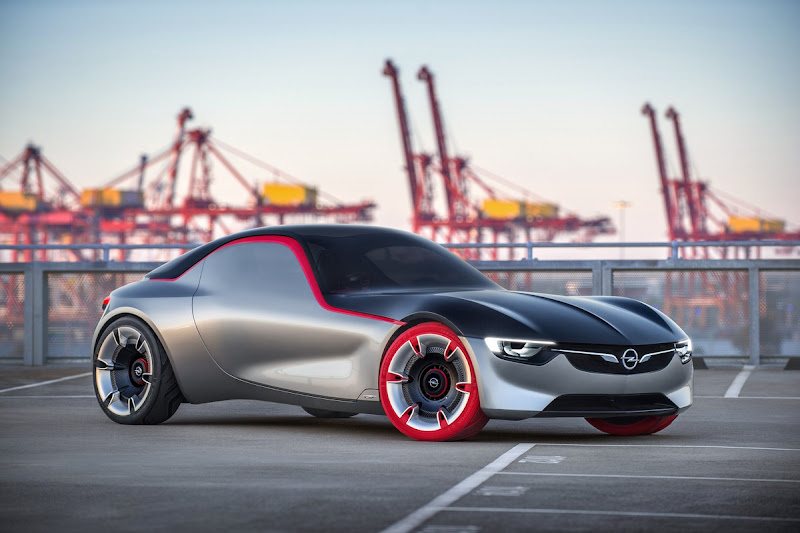 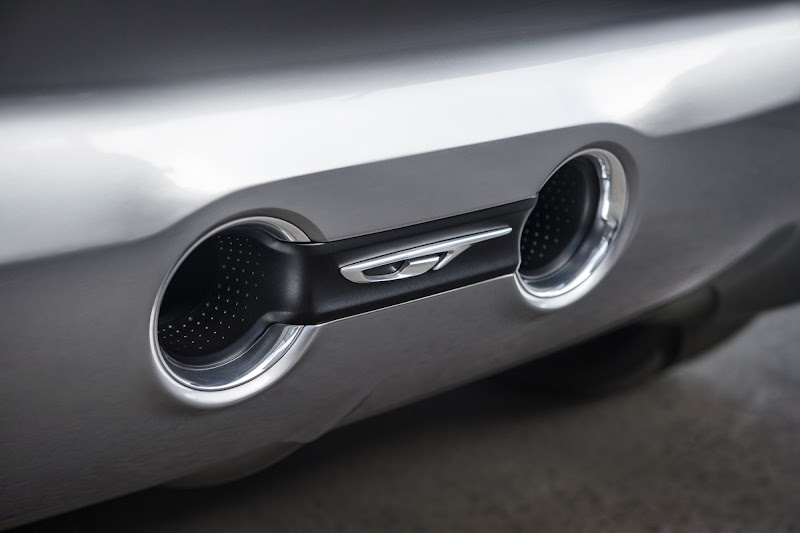 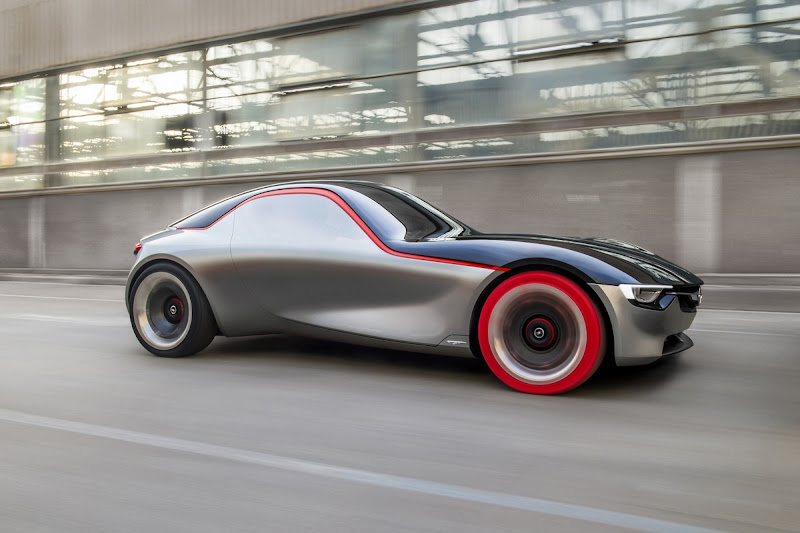 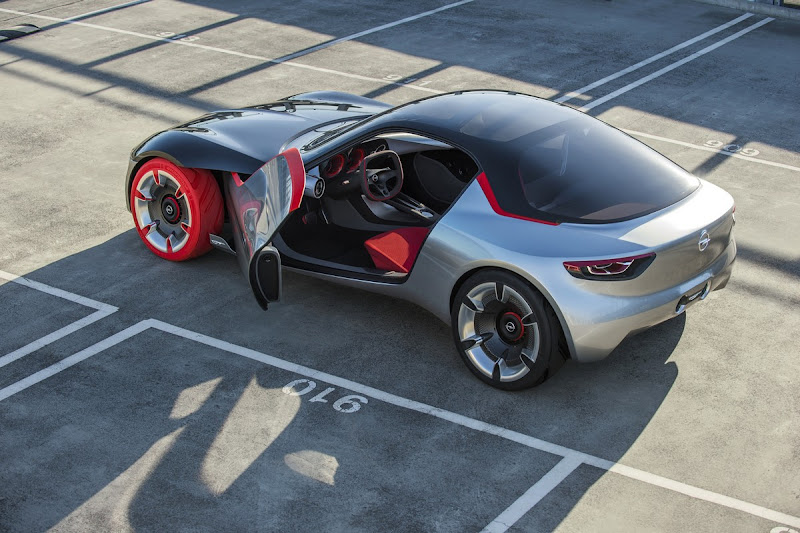 The Opel GT Concept: This is How Sportscars Will Look in Future

- Successful ancestors: Following the tradition of the Opel GT and the Monza Concept

Rüsselsheim.  The Opel GT Concept will celebrate its world premiere at the 86th Geneva International Motor Show (March 3 to 13, 2016). This trendsetting sportscar expresses the continuous innovative strength of Opel – breathtaking in its shape, reduced to the bare essentials, pure passion. The thoroughbred athlete with a front mid-engine and rear-wheel drive is a direct descendant of the Opel GT and the Monza Concept and takes Opel’s sculptural design philosophy to the next level. The sportscar is avant-garde yet puristic, renounces everything that disturbs the pure form. The GT Concept has no door handles or exterior door mirrors.

“We are taking the next step towards even more emotion and driving pleasure with the Opel GT Concept. The GT Concept shows what Opel stands for now. We are confident, ambitious, innovative and we want win over more customers with every new car,” said Opel Group CEO Dr. Karl-Thomas Neumann who is already looking forward to the world premiere in Geneva.

The Opel GT Concept will follow in the footsteps of the famous Opel Experimental GT at the Geneva Motor Show. In 1965, only one year after the foundation of the first design studio run by a European car manufacturer, Opel presented this sleek and expressive coupé with the reliable technology of the Kadett B at the Frankfurt Motor Show. However, it was not just innovative because it was the first concept car ever presented by a European manufacturer. The GT already shone with innovations such as retracting headlamps and displayed a slim form along with perfect proportions without unnecessary decoration. The uncompromising concept by Erhard Schnell mainly wanted to be one thing – a design statement. The reactions from the public were so overwhelming that the series production Opel GT was at dealerships only three years later. The rest is history – a success story, an automotive icon.

The GT Concept once again showcases Opel’s pioneering spirit. A dynamic driving machine something that is already symbolized by the red signature line that splits the vehicle body horizontally and proportions it. The distinctive red front tires – mounted on rims with a cheeky roller skates design – are reminiscent of the Opel motorbike Motoclub 500 that was also avant-garde at its time and was the proud owner of two red tires in 1928. Apart from that, the GT Concept does not have many links to the past. The long bonnet, the absence of a trunk lid, the central dual exhaust and of course, the name all refer to the original GT. Apart from that the Opel GT Concept is independent with no sign of retro-design.

"We created the GT Concept to capture the bold, emotional spirit of the Opel brand. It is dramatic, sculptural and full of innovations, which is our great tradition that we intend to continue. Back in 1965, Opel developed the Experimental GT, a thoroughly modern vehicle that also boasted a pure sculptural shape. It’s certainly difficult to reinvent an icon but just as the Experimental GT was avant-garde back then, so too is this GT Concept today – absolutely pure, minimalistic, yet bold and uncompromising. This coupé impressively demonstrates the continuous development of our Design philosophy – ‘Sculptural Artistry meets German precision’,” said Mark Adams, Vice President, Design Europe.

A key innovation of the Opel GT Concept are the large doors with the integrated side windows that show a seamless transition from glass to painted surfaces. Both the driver and the front passenger gain access to the unexpectedly spacious interior after pressing the touchpad for the electric doors that is integrated in the red signature line of the roof. Even tall drivers have enough room inside. The doors immerse considerably into the front wheel arches when opened. This space-saving and patented mounting allows a large opening angle – particularly in relatively tight parking spaces. The compact athlete is therefore optimized especially for urban areas. Two cameras mounted behind the wheel arches ensure a safe overview while driving in the city. They transmit their images to two monitors on the left and right-hand side of the cockpit – the days of exterior door mirrors and blind spots are therefore over. The windshield flows into a glass panorama roof enabling the occupants to enjoy a driving experience similar to that offered by a targa with a removable roof.

The stretched hood reveals the powertrain concept of the GT Concept: Just like the first Opel GT and US sportscar icon Corvette also made by GM it has a front mid-engine. The vehicle’s center of gravity is therefore low and central – ideal for sporty handling and excellent cornering dynamics. The Opel GT Concept has a powerful 1.0-liter, three-cylinder turbocharged engine based on the ultra-modern all-aluminum engine used in ADAM, Corsa and Astra. The extremely efficient direct injection gasoline unit develops 107 kW/145 hp and maximum torque of 205 Nm in its sporty trim (consumption values for the Opel GT Concept are not available yet). The turbo power is sent towards the rear axle with mechanical differential lock via a sequential six-speed transmission that is operated by shift paddles on the steering wheel. Thus, the Opel GT Concept possess traditional rear-wheel drive especially appreciated by sportscar purists. The performance of the two-seater with a total weight below 1,000 kilograms also matches this. It accelerates from 0 to 100 km/h in less than eight seconds and has a top speed of 215 km/h.

A further highlight of the Opel GT Concept are the main headlamps with integrated indicators. Thanks to ultra-modern projection technology, these shine very three-dimensionally. The next generation adaptive full LED light is obviously the perfect match for this technology. The Opel IntelliLux LED® matrix light, which allows glare-free high beam driving, already made its debut in the new Astra in 2015 and won the SAFETYBEST Award. The Opel GT Concept sees the introduction of the next stage of development of the intelligent light system. The design of the lights is rounded off by the three-dimensional design of the tail lamps that make the new GT distinctive at night.