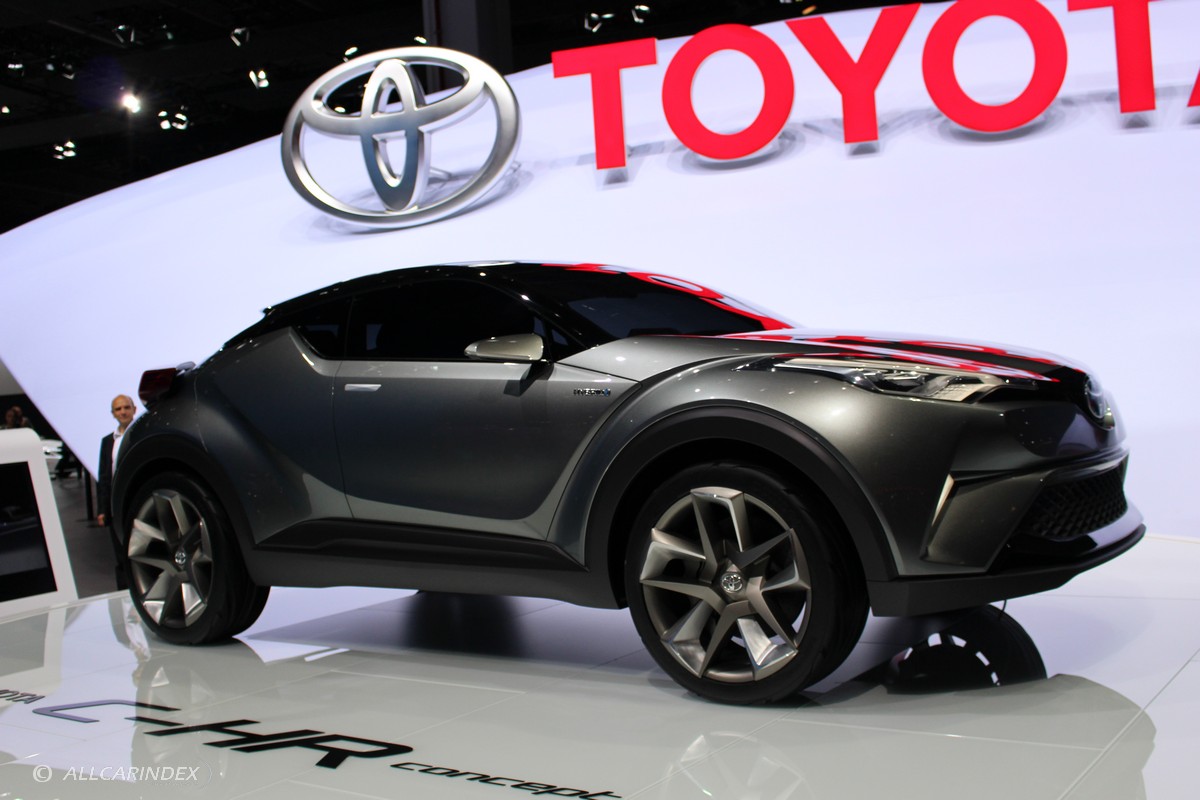 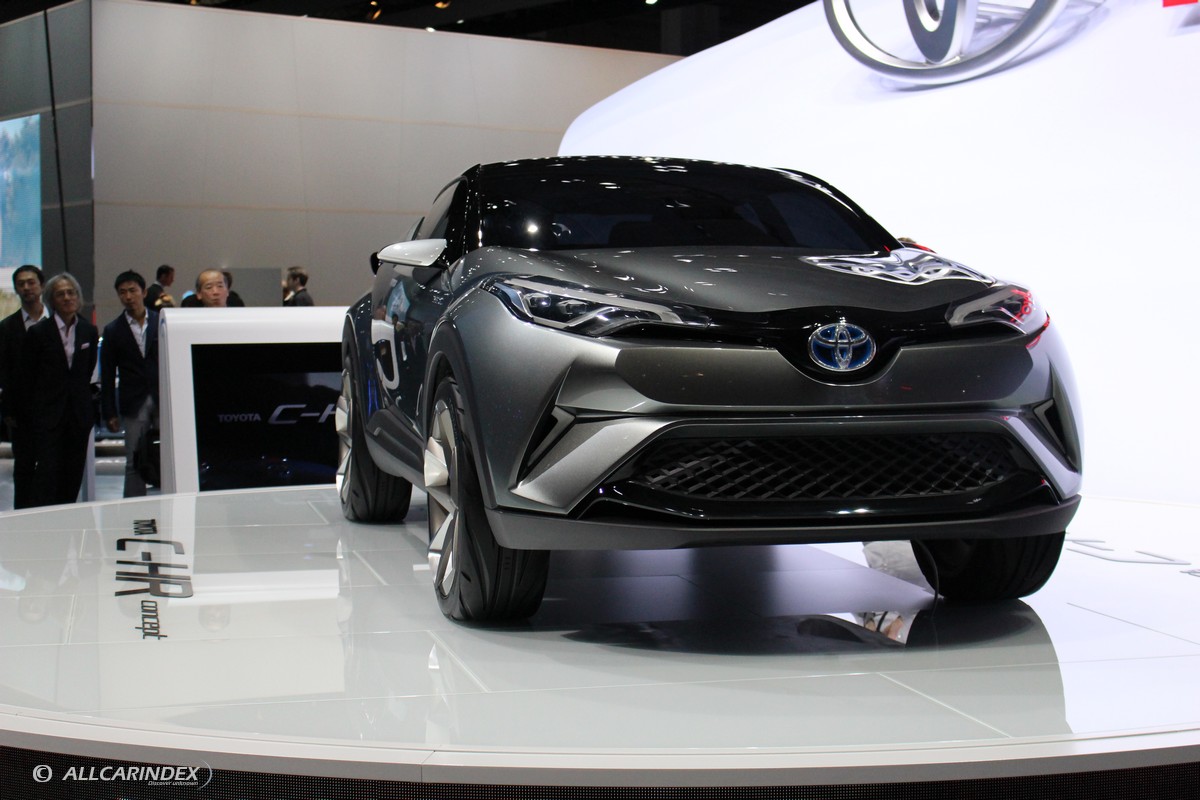 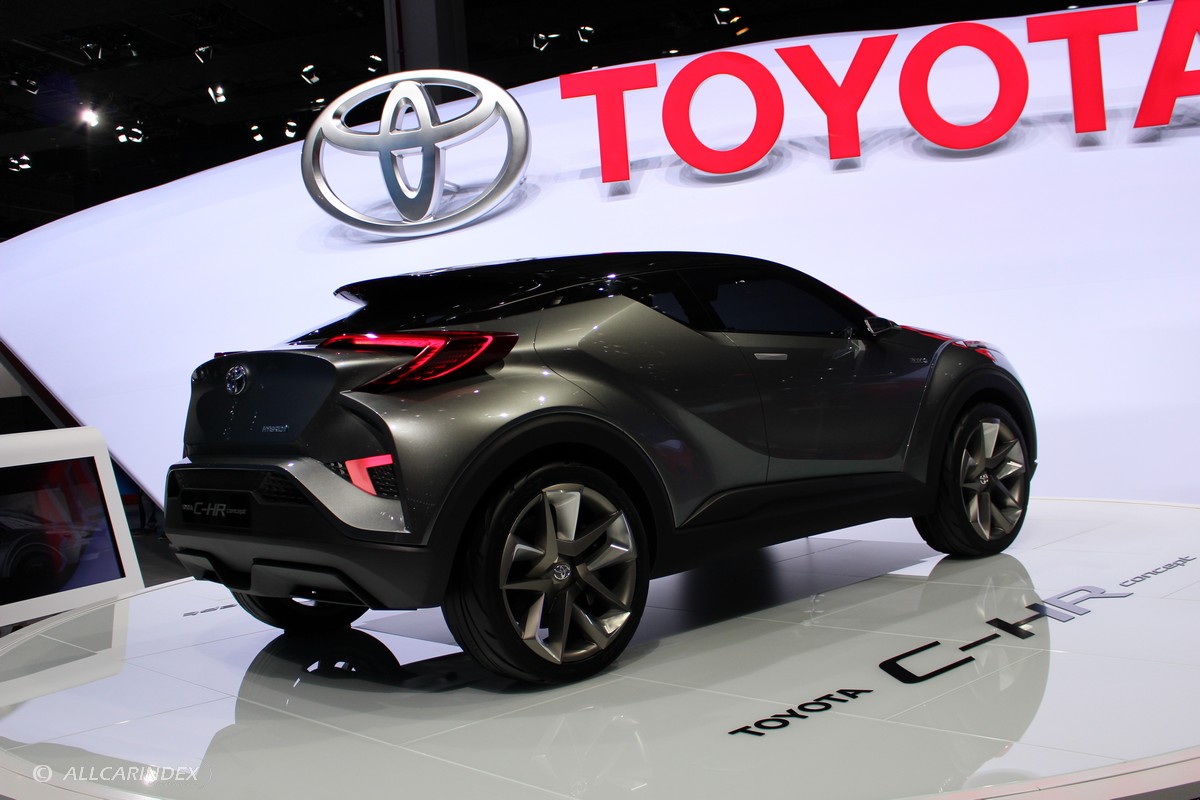 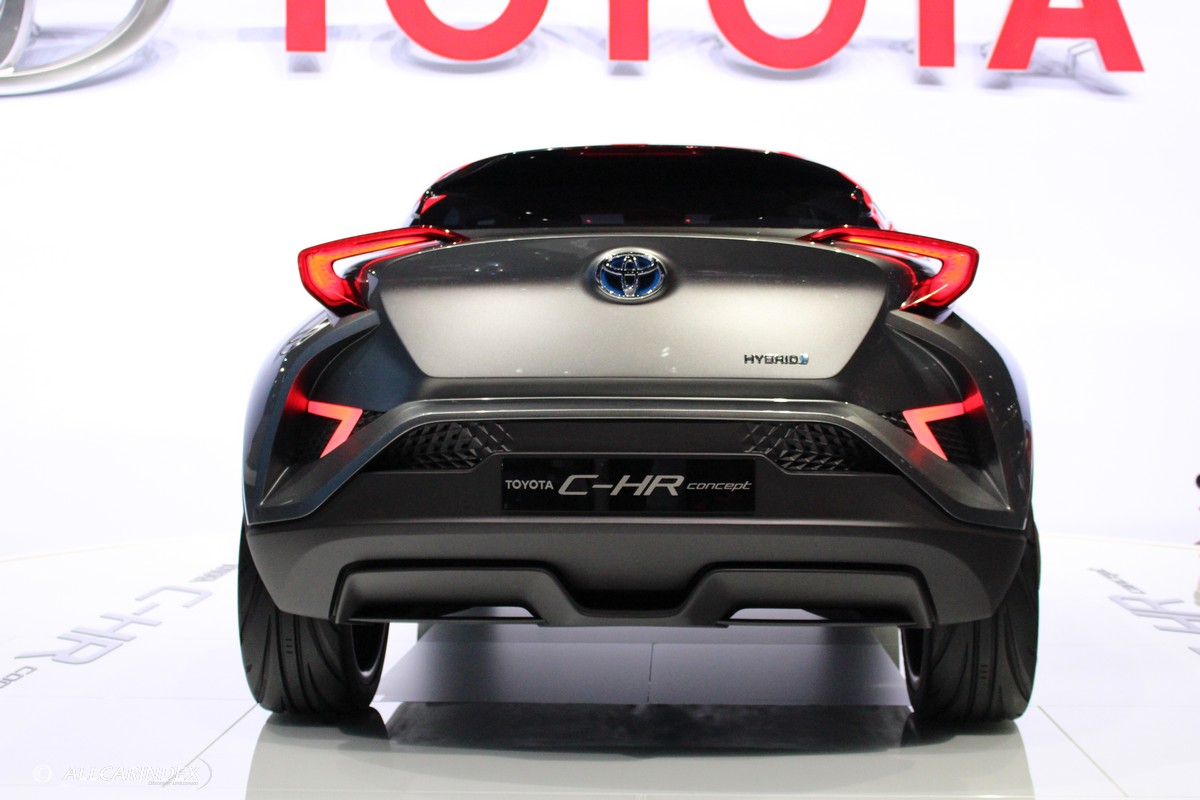 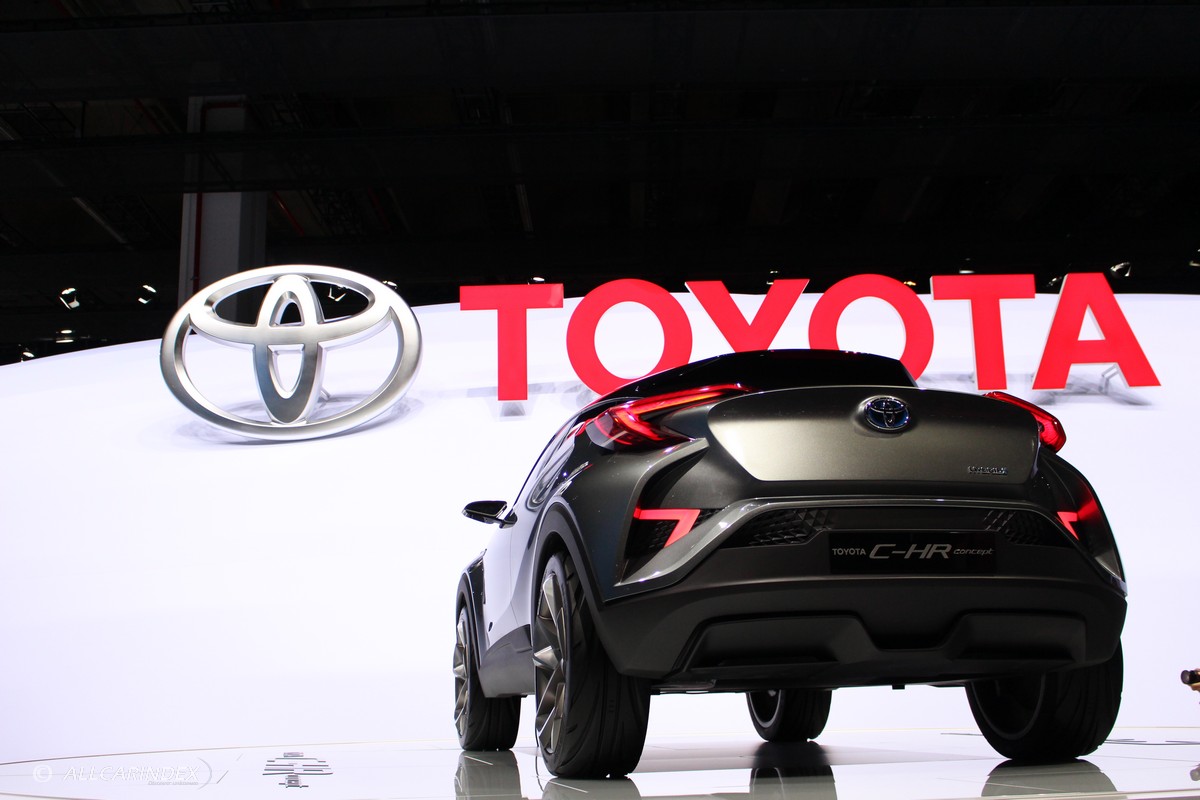 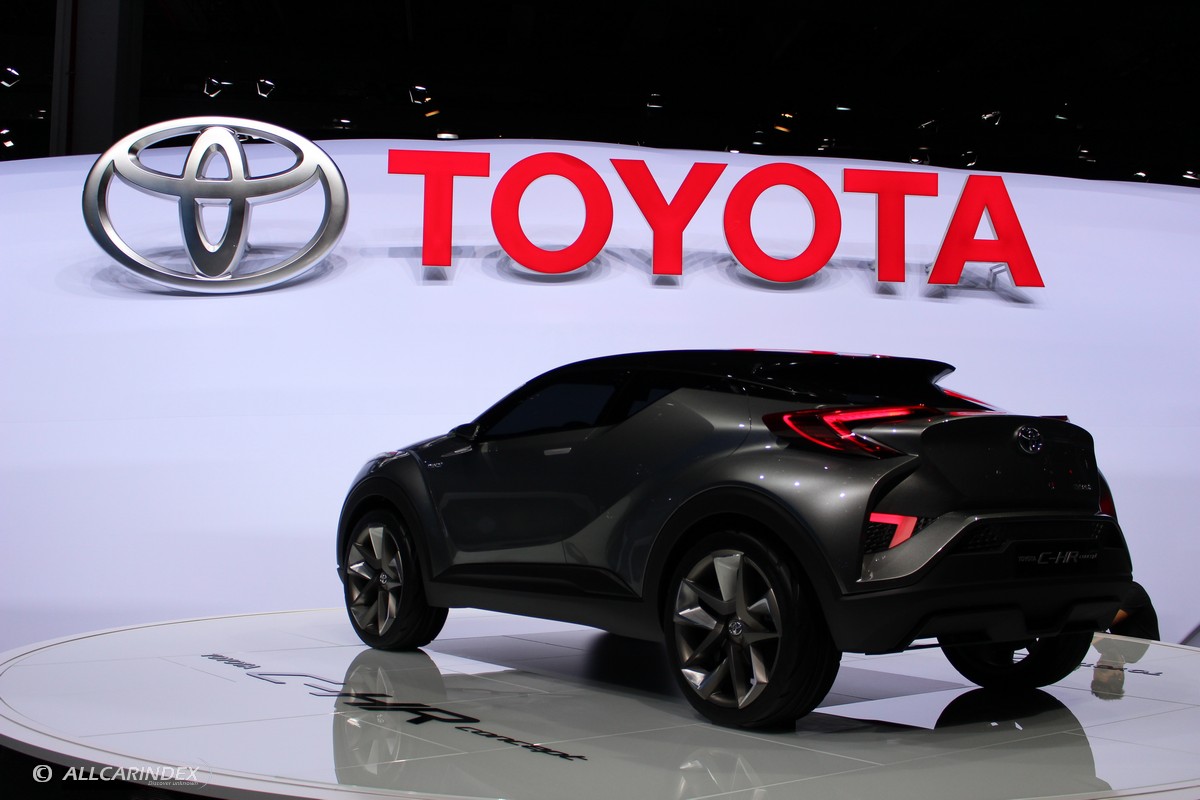 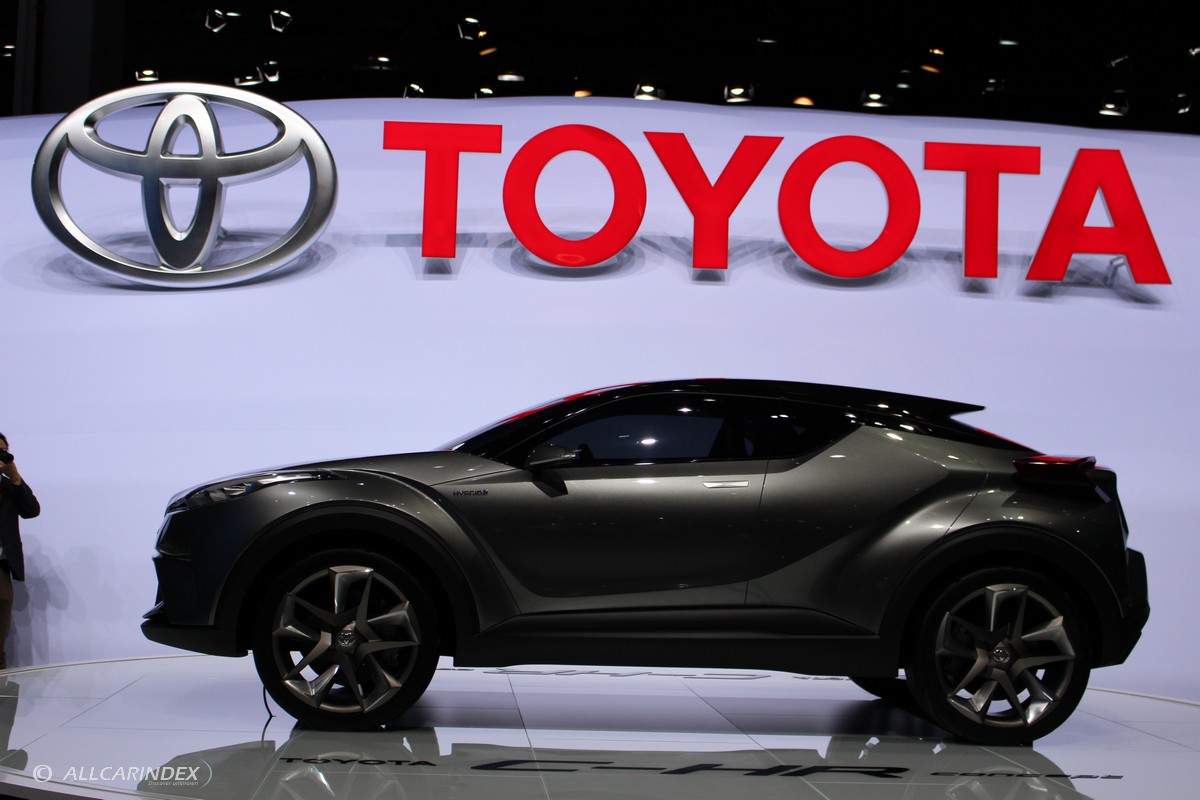 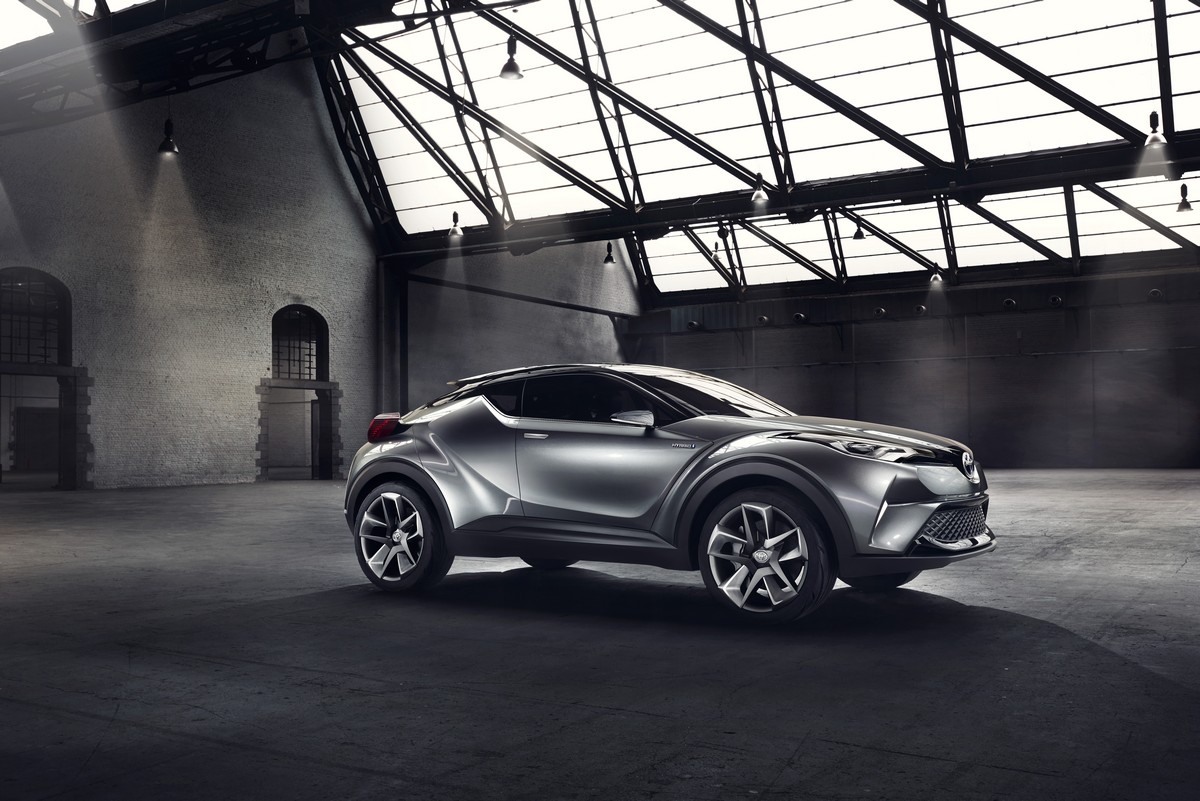 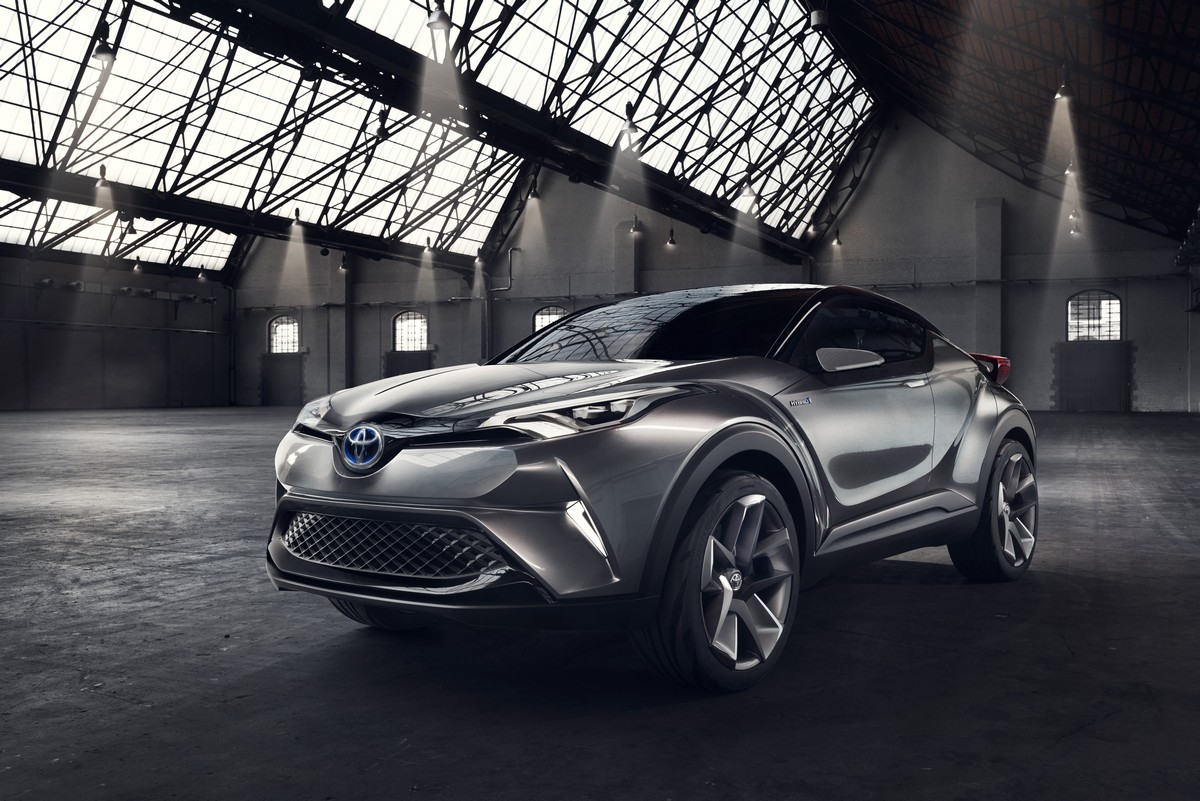 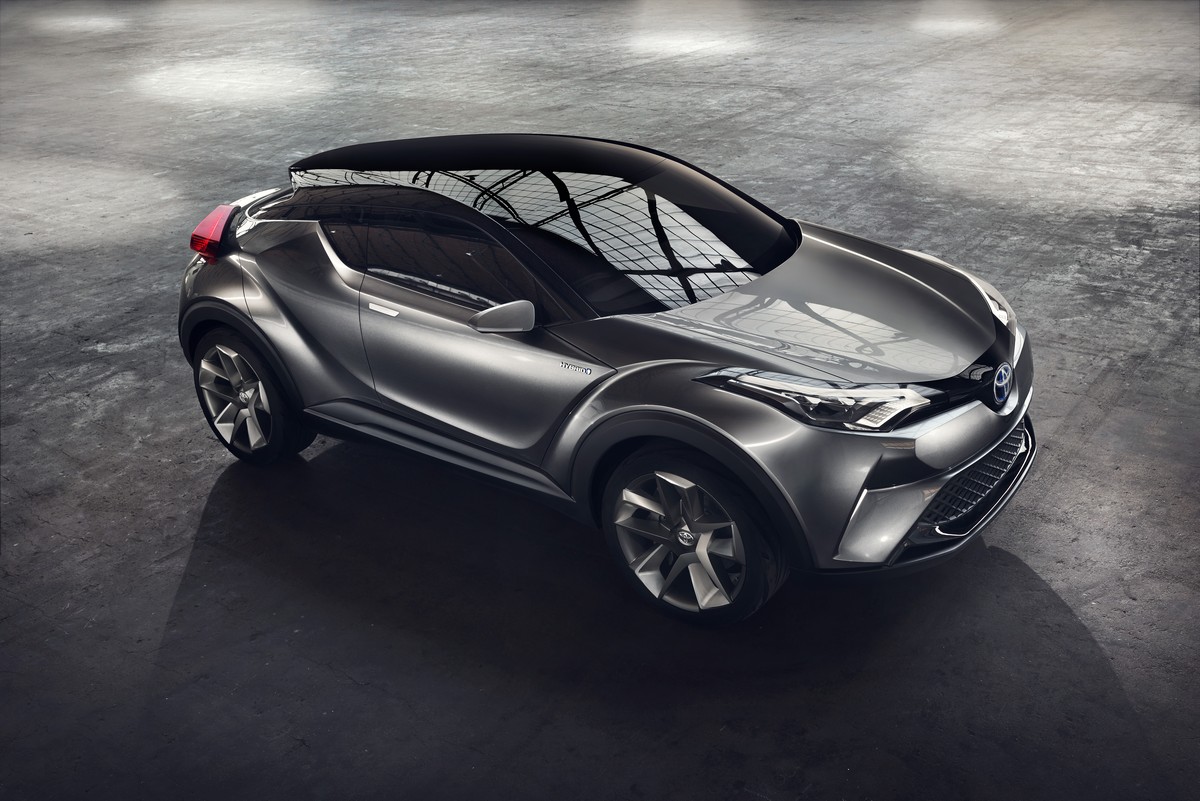 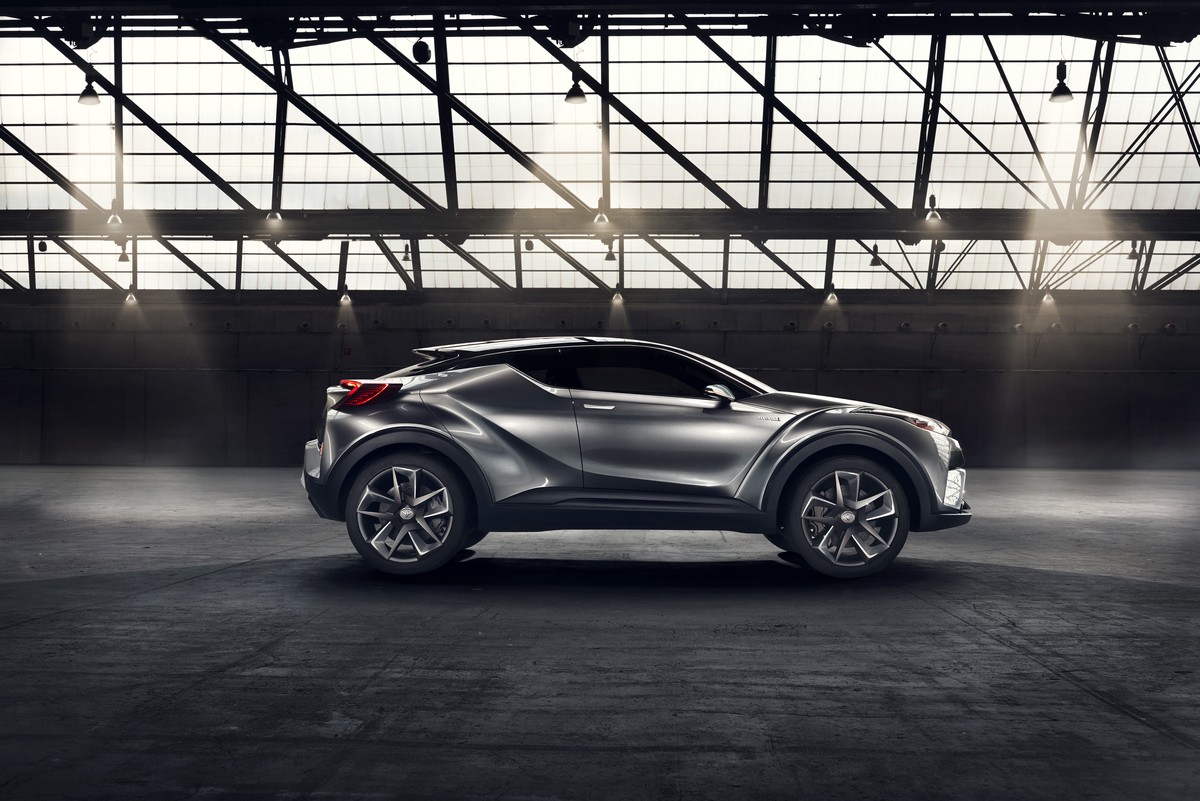 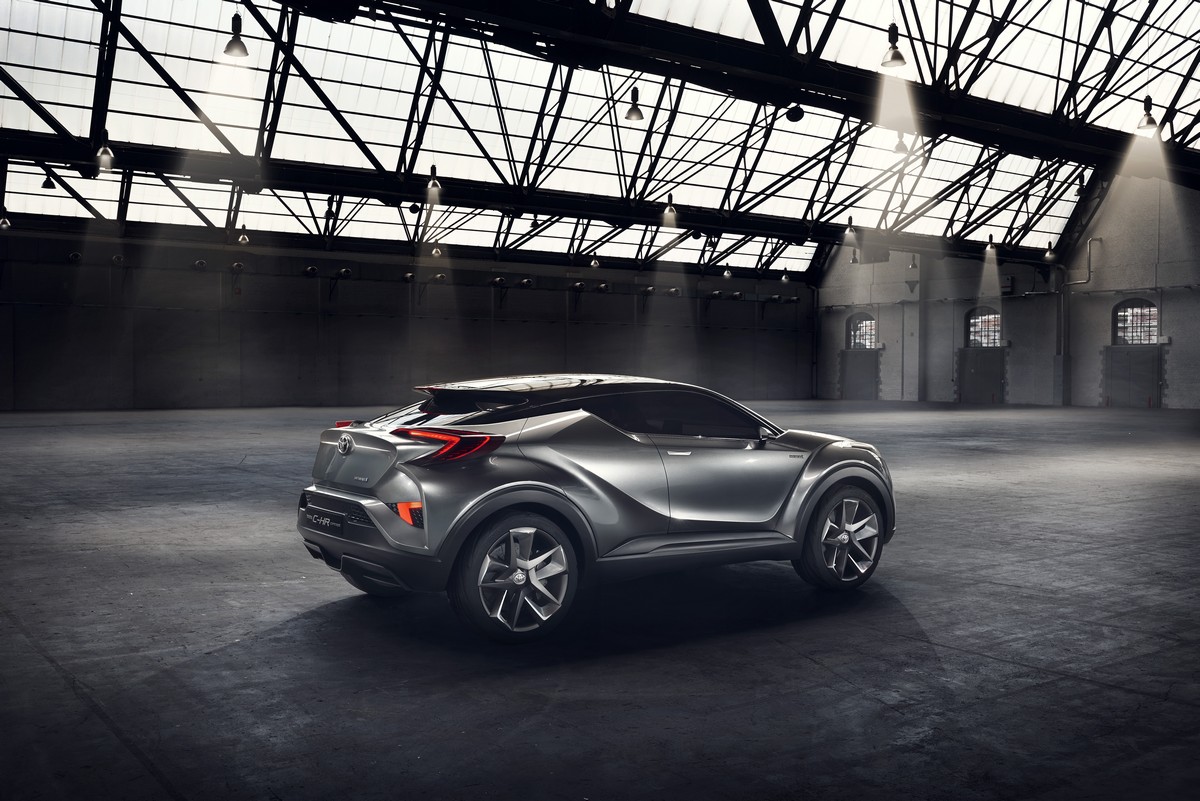 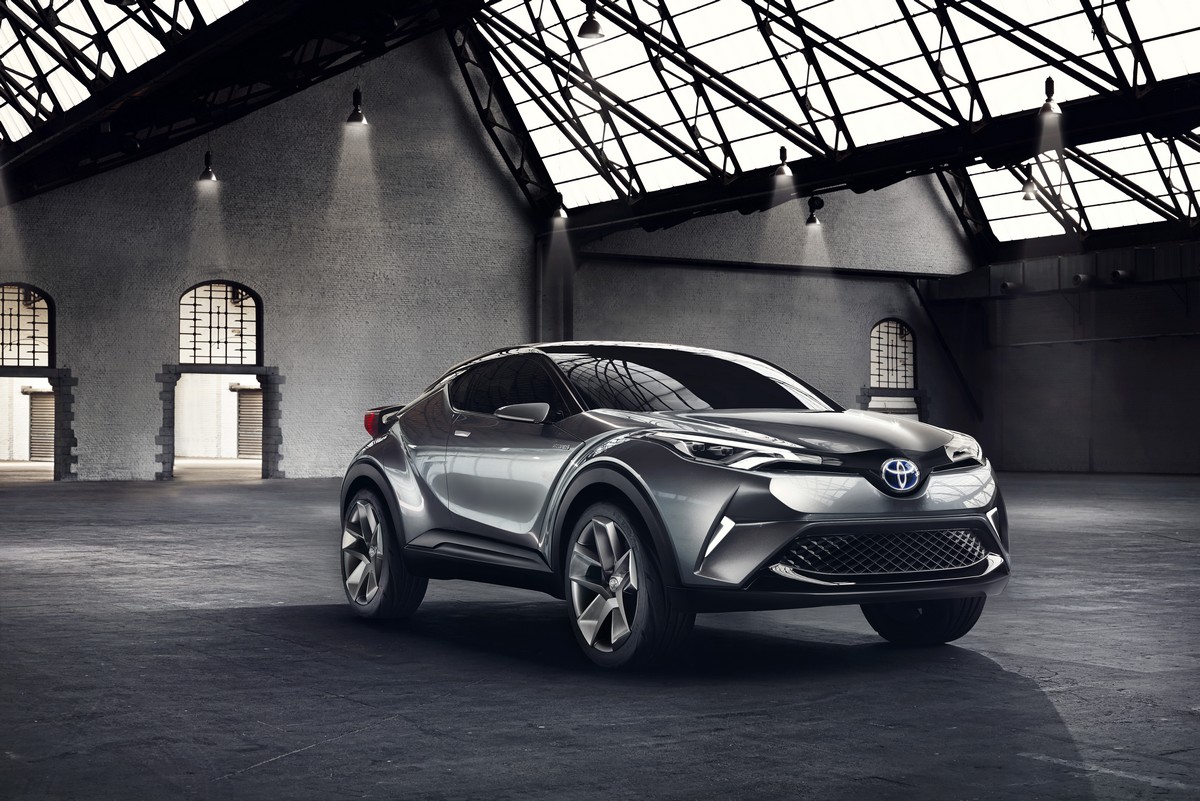 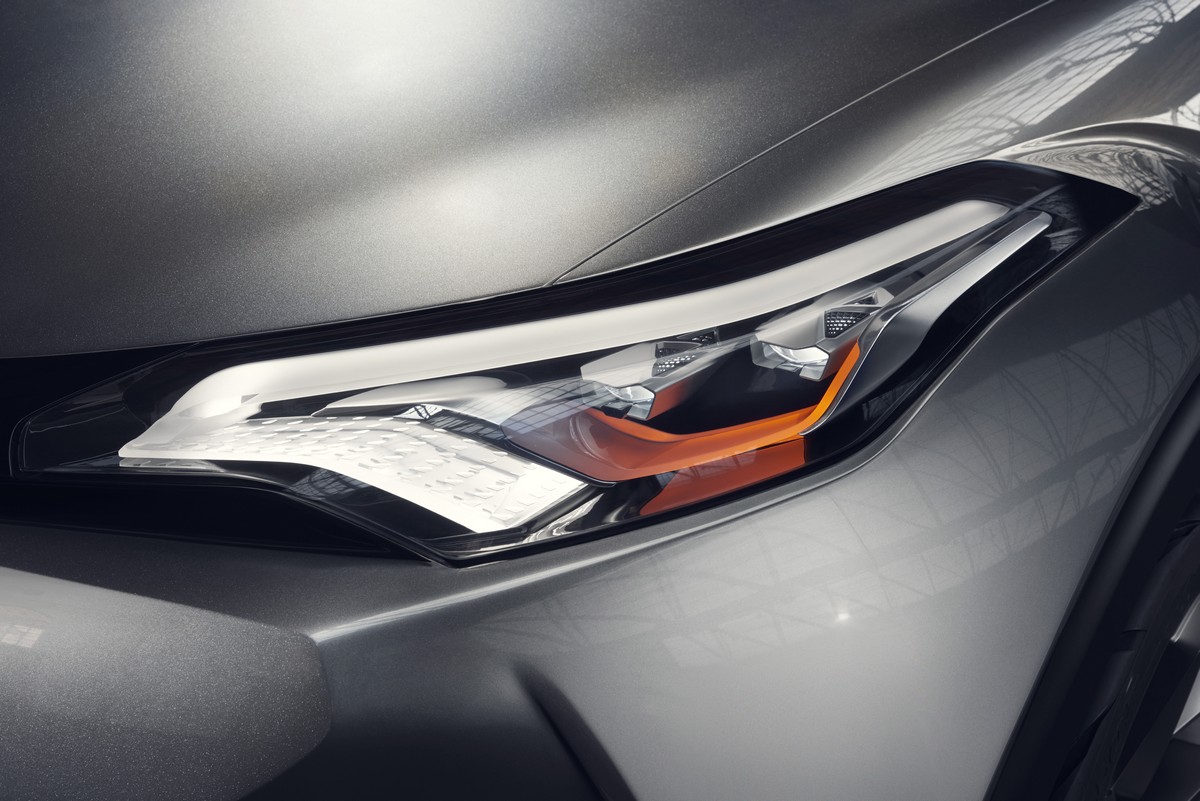 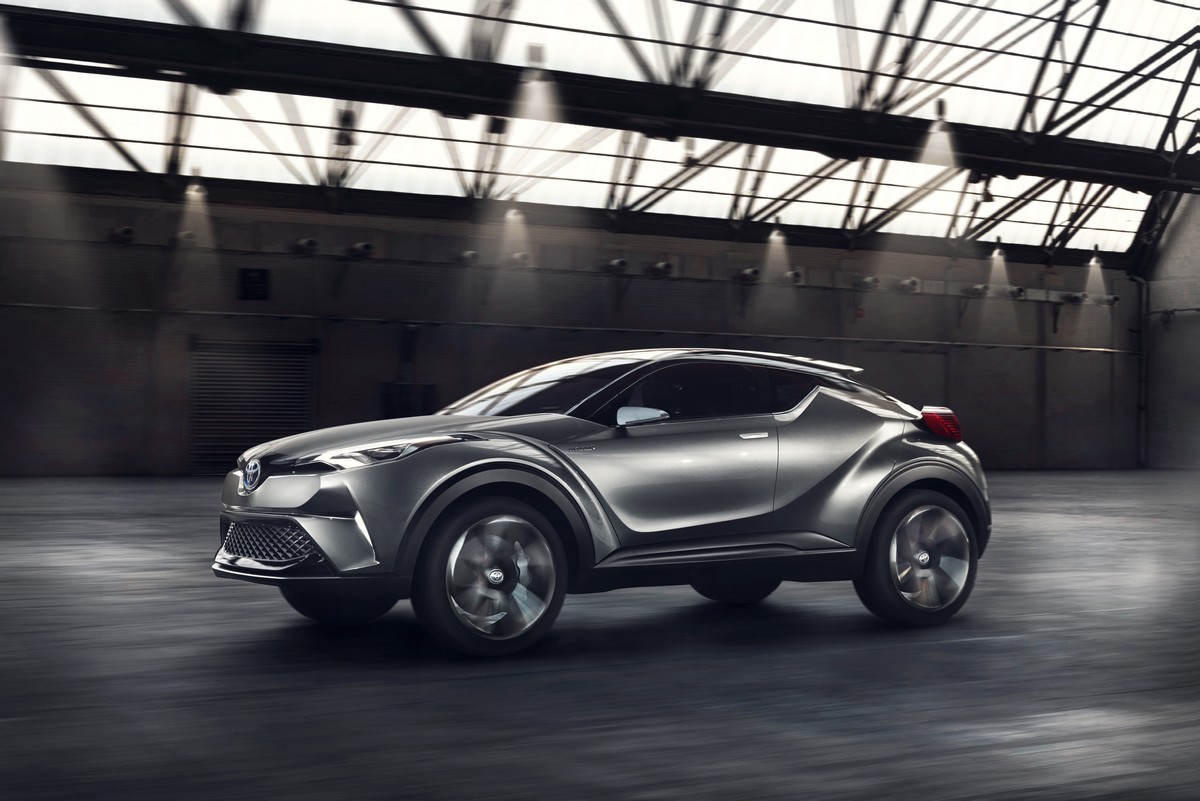 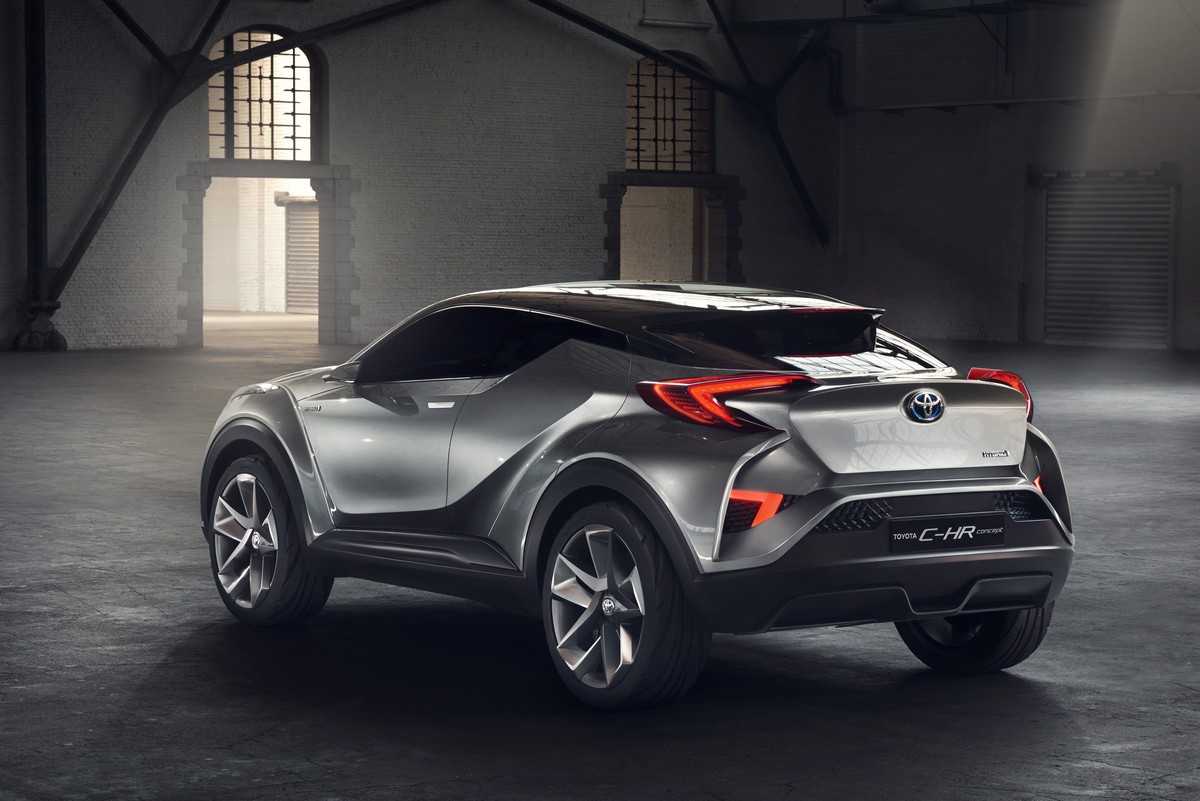 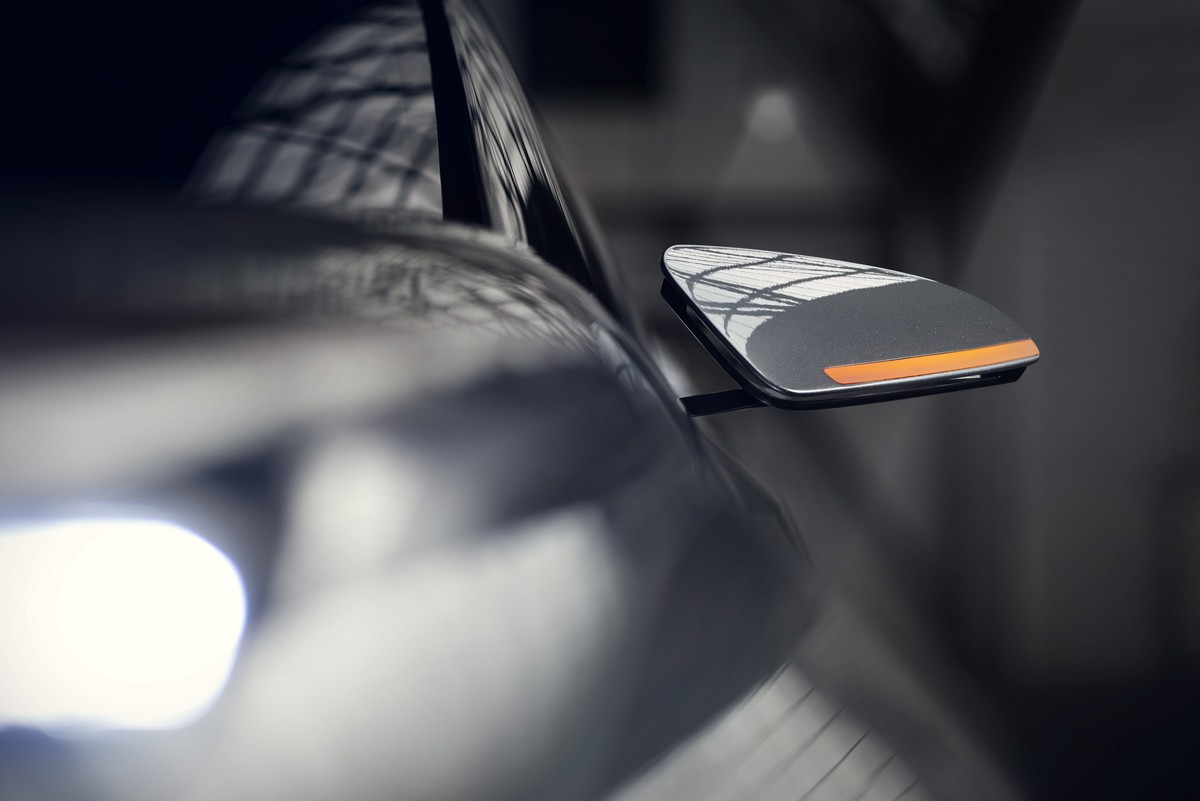 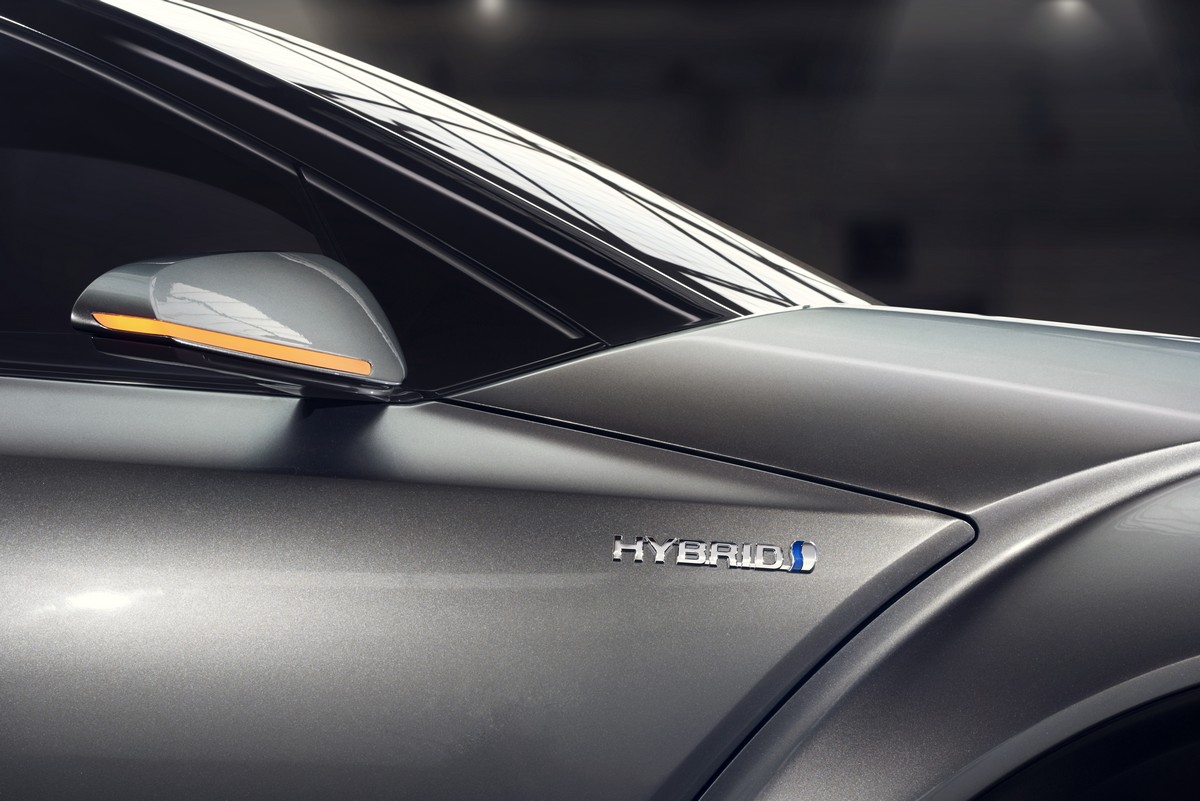 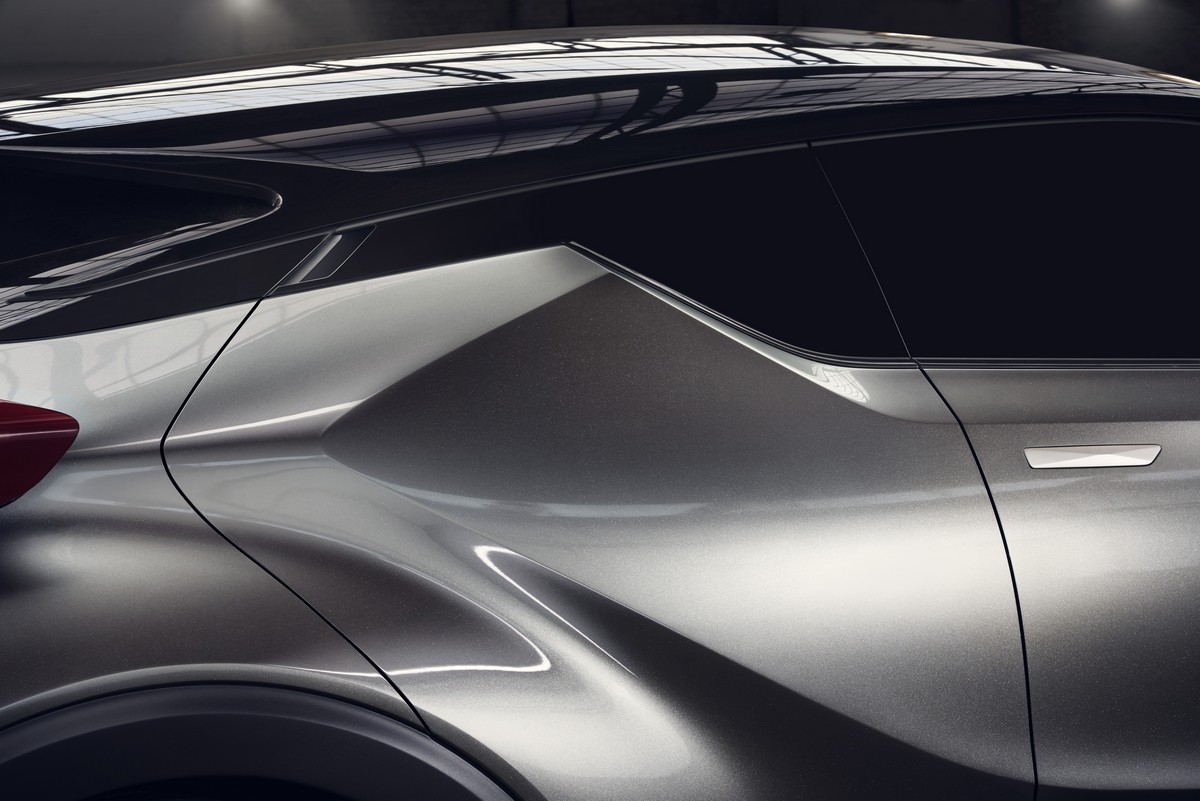 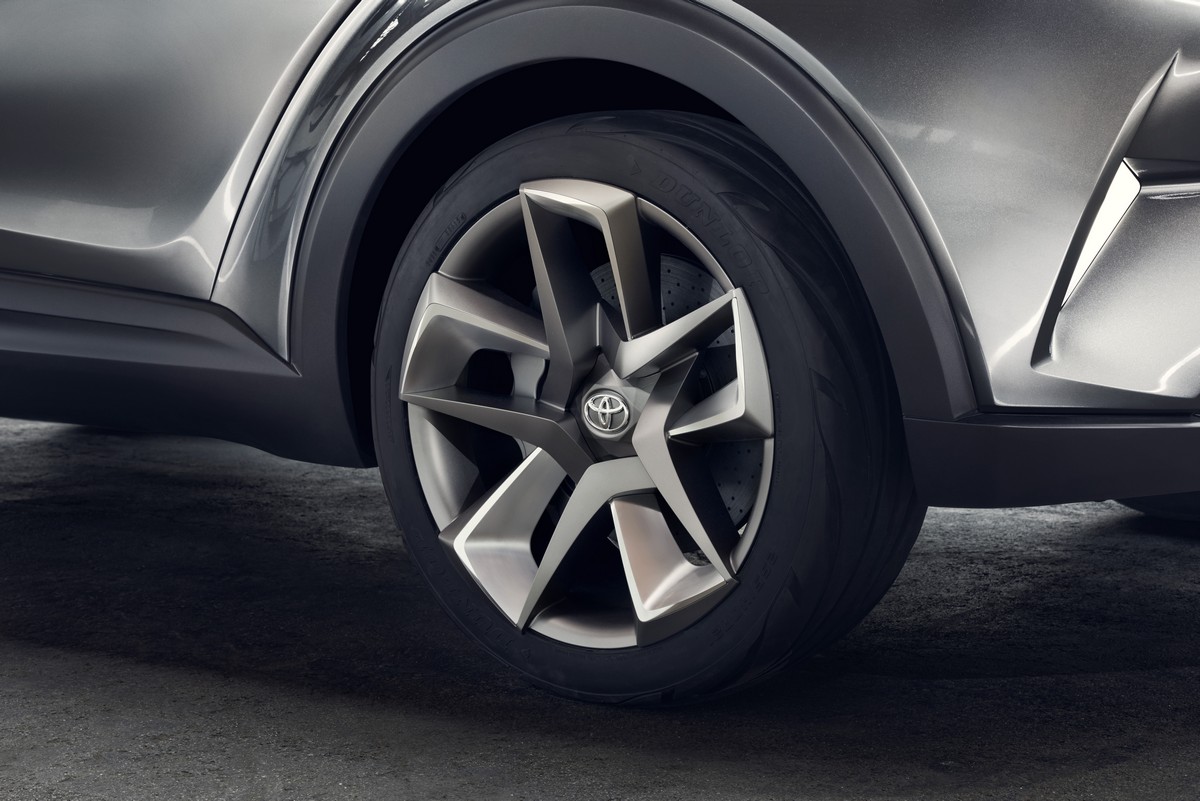 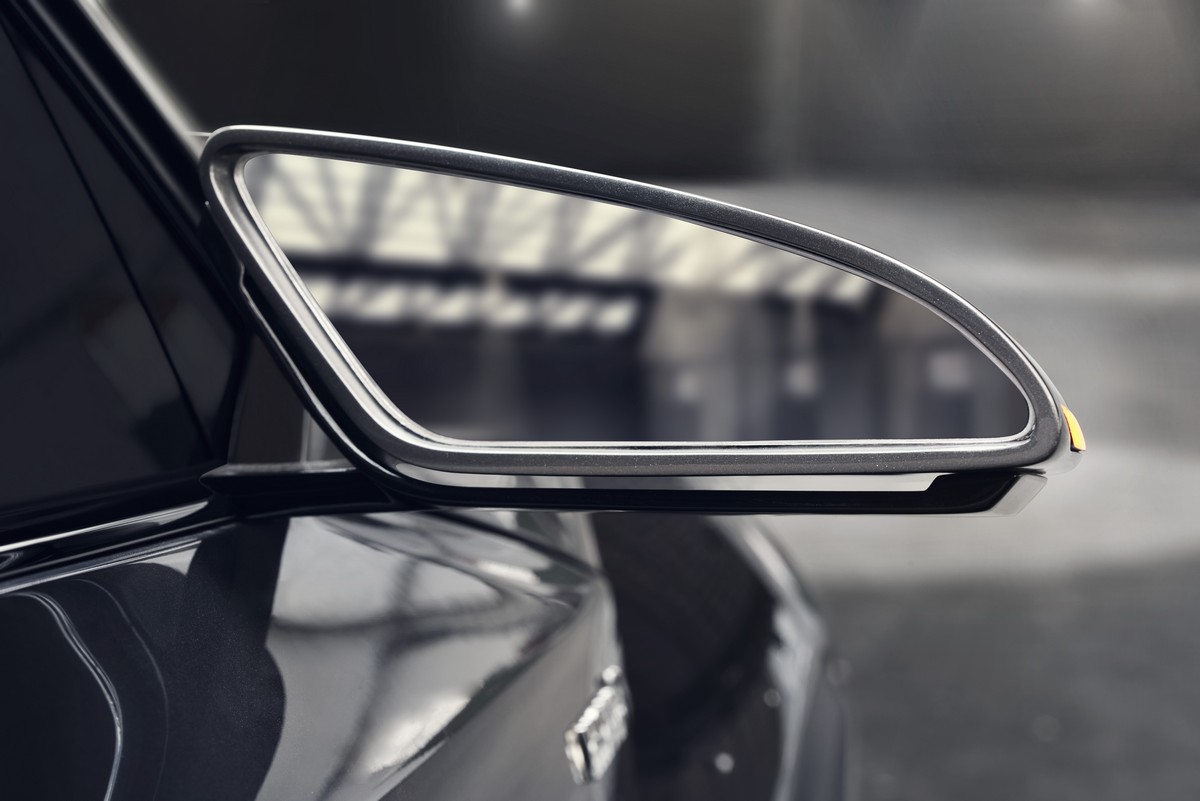 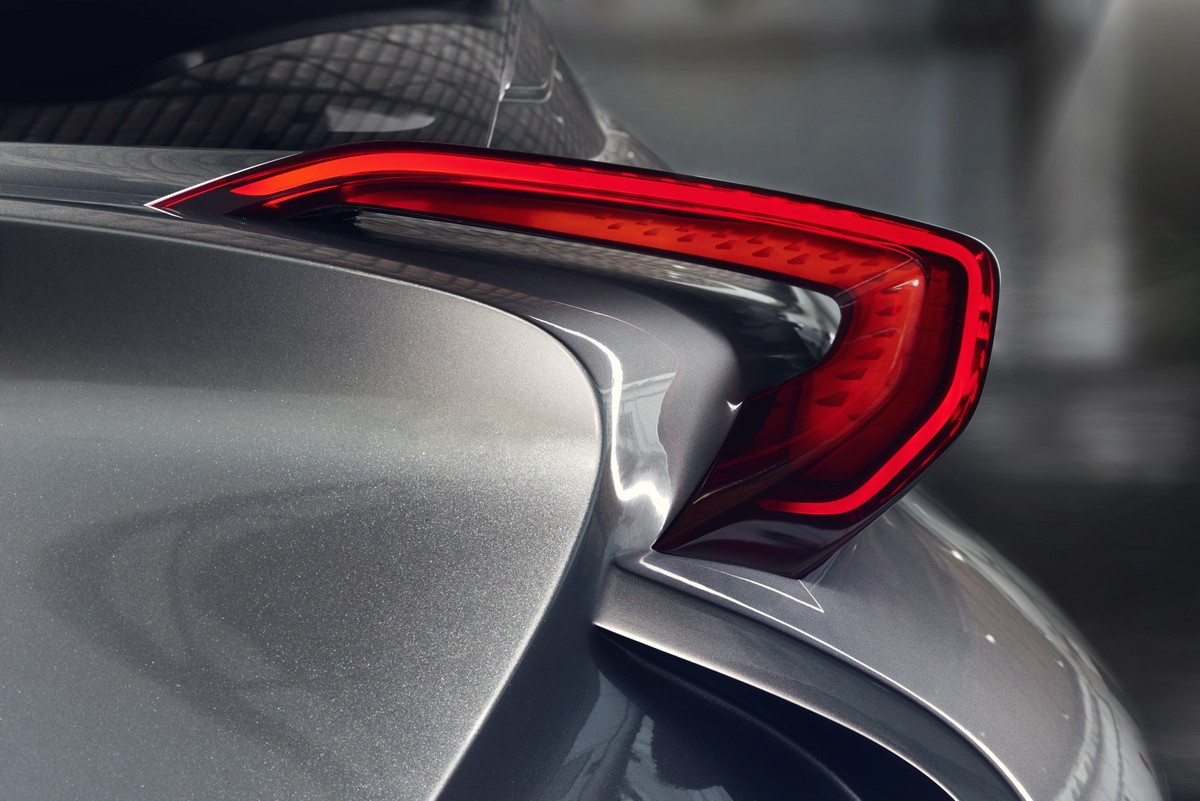 A new C-HR Concept makes its world debut at the 2015 Frankfurt motor show. With its diamond-shape based bold design language, an engaging full-hybrid driving experience and new platform architecture, it brings the future Toyota compact crossover one step closer to the final production model, which will be revealed at Geneva next year.

Inspired by the warm welcome that the first TOYOTA C-HR Concept vehicle received when it premiered at the 2014 Paris motor show, designers have created a second C-HR Concept. Boasting a 5-door cabin, this new design study is more closely representative of the compact crossover which is now confirmed for production. Its more refined execution is designed to gage reactions from specific target customer groups, in order that their feedback may further inform the project designers and engineers.

This highly-innovative design study for a stylish, lightweight and dynamic hybrid crossover is designed to stand out in an increasingly homogenous market place. It is the next rendition of Akio Toyoda’s promise, on taking over the presidency of Toyota, to build always better cars that bring the fun back to driving.

Its compact proportions placing it between the B-SUV and C-SUV segments, the TOYOTA C-HR Concept offers the combination of outstanding agility and flexible packaging, both essential to those with urban lifestyles.

It has been designed around a new platform, developed under the TNGA (Toyota New Global Architecture) programme, to satisfy customers’ demands for state of the art handling and controllability. In conjunction, a new, advanced, full-hybrid powertrain offers a uniquely engaging driving experience matched to 21st century traffic conditions, whilst delivering outstanding efficiency.

The new, 5-door C-HR Concept continues Toyota’s exploration of an expressive new, diamond architecture styling theme. Below a compact, sensual cabin profile, the lower bodywork has been sculpted to represent the facetted surfaces of a highly-durable, precision-cut gemstone.

In plan form, the corners of the bodyshell have been cleanly shaved off. This both removes mass from the overall volume, and highlights the powerful flair of the front and rear wheel arches, reinforcing the crossover’s broad, planted stance from every viewpoint, and matching the target customer’s desire for a vehicle with a confident and sporty look.

The front of the C-HR Concept represents a further development of Toyota’s Keen Look design identity. Above a robust central bumper profile, the slim upper grille has been evolved into a floating ‘wing’ graphic which flows seamlessly around the front corners of the vehicle. At the wing extremities, streamlined headlamp clusters combine advanced lighting technology with diamond-pattern detailing.

Adding impact to the vehicle corners to further reinforce the new crossover’s solid stance and the low centre of gravity inhe-rent in its new TNGA platform, the large, diamond-patterned lower grille is flanked by strongly sculpted downward projections. These powerful frontal elements are underscored by an aero-inspired, floating front spoiler.

From the side, the highly-facetted lower body, muscular wheel arches and aggressively angular rear shoulder are juxtaposed with an exceptionally sleek cabin profile. Its ‘floating’ status reinforced by a piano black paint finish, the roof is detailed with patterned openings which create a uniquely animated play of light within the C-HR Concept’s cabin space.

The ‘diamond-cut’, machined-surface spokes of a unique, 21” wheel design hint at the sophistication and efficiency of the C-HR Concept’s full-hybrid powertrain.

The new C-HR Concept is a striking representation of the benefits of TNGA; an innovative, integrated vehicle development approach for powertrain components and platforms being introduced on new Toyota models from this year forward.

TNGA manifests itself in the new C-HR Concept through an increase in body rigidity, better collision performance, improvements to the vehicle underbody and suspension, and a lowering of the centre of gravity.

Acting in conjunction, higher body rigidity and a lower centre of gravity reduce body movement and vehicle roll when cornering. This allows for a reduction in suspension stiffness and a resultant increase in ride comfort with no detriment to driving dynamics, equipping the C-HR Concept with the responsive handling, agility and straight-line stability on a par with the best C-segment hatchbacks.

Incorporating a set of new production techniques and technologies that will make it easier to turn vehicle designs and features into production reality, TNGA groups vehicle development to promote a strategic sharing of parts and powertrain components. This approach will reduce the resources required for development by 20% or more, freeing up investment for improved product strengths and advanced technology development for sustainable growth.

C-HR Concept doesn’t only stand out through its unique design. It also introduces hybrid technology to the segment. In this case, a new and more compact full-hybrid powertrain with lighter componentry. It reflects significant advances in battery, electric motor and petrol engine technologies, offering further reductions in fuel consumption and CO2 emissions.

More compact, lighter in weight and more efficient than Toyota’s current hybrid systems, the new full-hybrid powertrain developed under the TNGA programme will also be notably more refined, and even easier and more intuitive to drive, with a natural, smooth and immediate response to driver inputs.

A Global Project Rooted in the European Market

Recognizing that Europe is the most demanding market for small and mid-sized vehicles, Toyota uses this region as benchmark for defining future global A-, B- and C-segment cars. Toyota Motor Europe (TME) has also become the company’s skill centre for perceived quality and vehicle dynamics.

In the case of the C-HR Concept, there was close cooperation between Toyota’s vehicle planning centres in Japan and in Europe, in order to get a good understanding of the latest European customer demands and vehicle trends. The styling of the concept car is the result of a global cooperation between ED2 (European Design Development Centre) and the other Toyota design centres.

Following the overwhelming reaction to the first TOYOTA C-HR Concept shown at the 2014 Paris Motorshow, TME will continue to work hand in hand with TMC (Toyota Motor Corporation in Japan) to enter the C-Crossover segment.