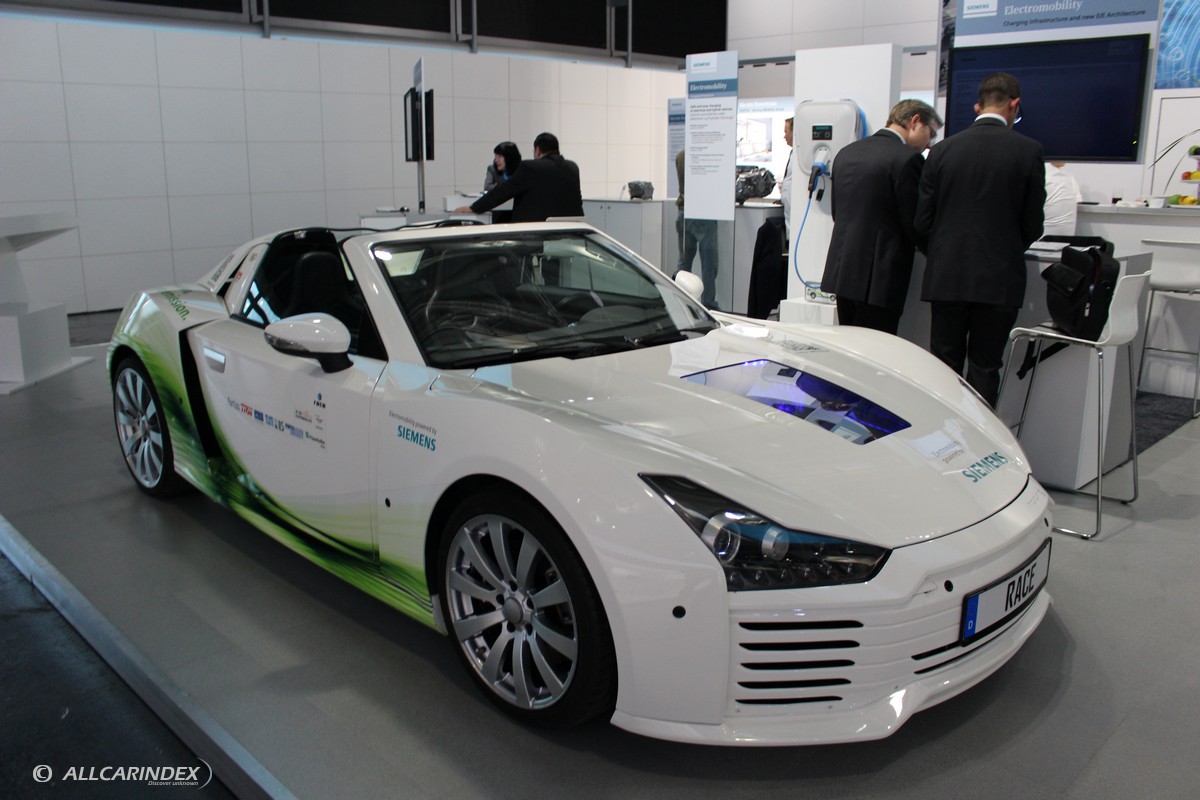 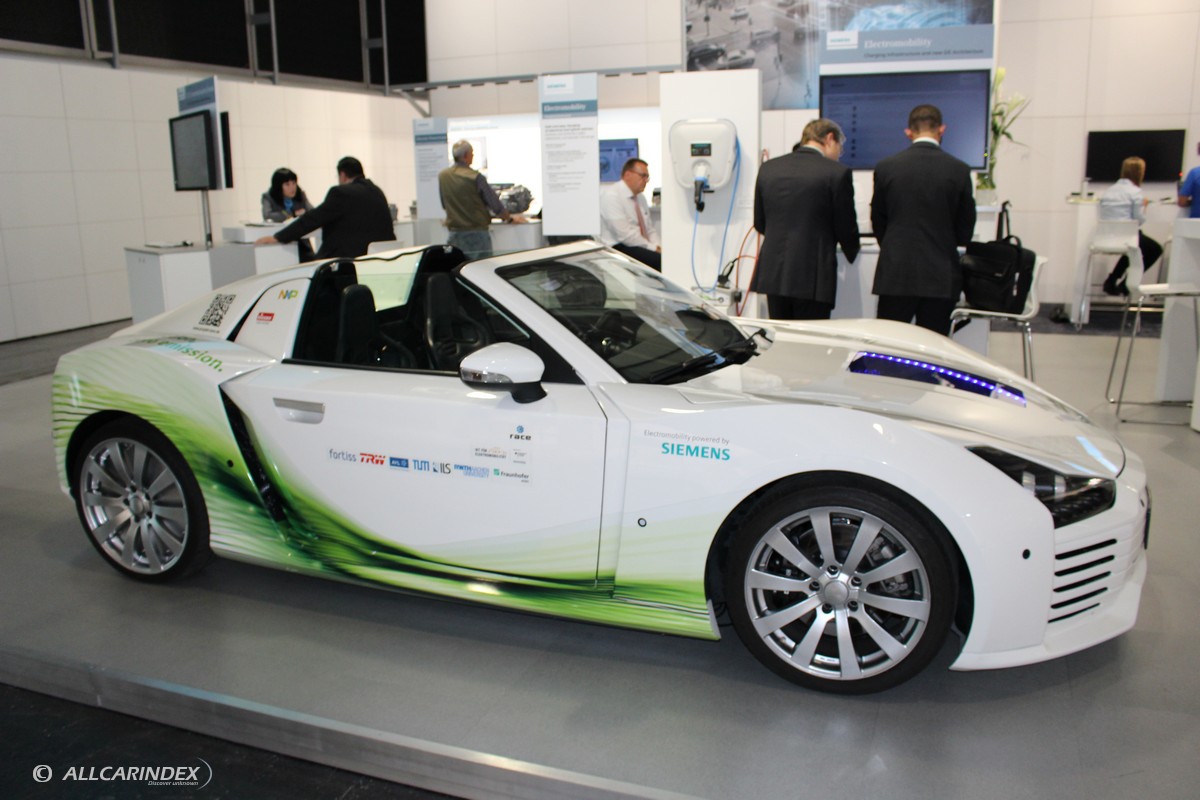 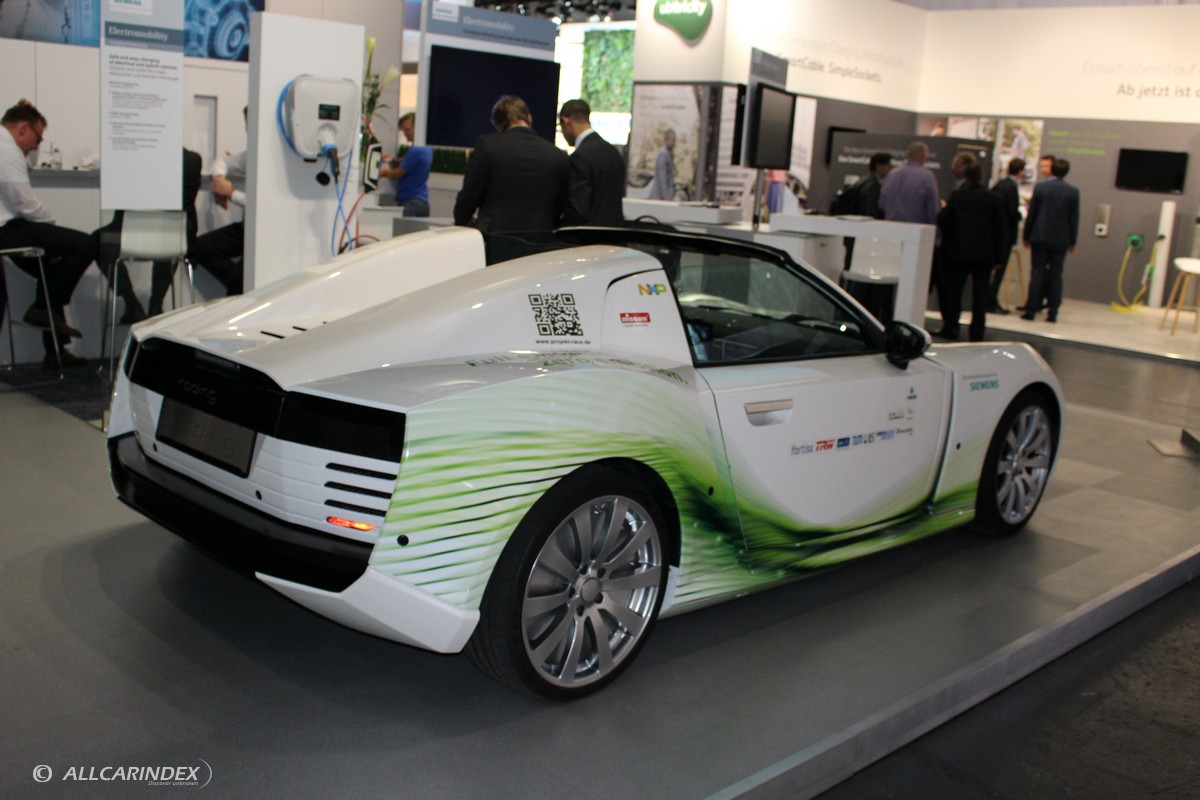 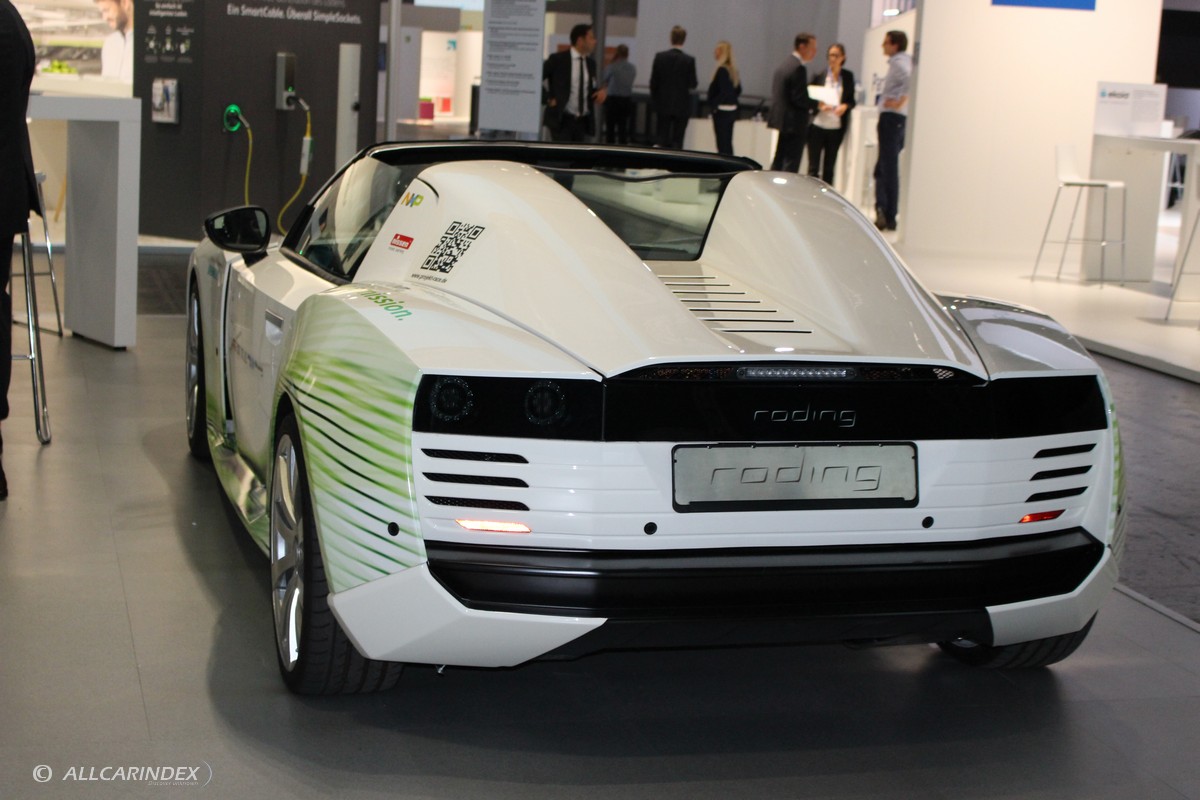 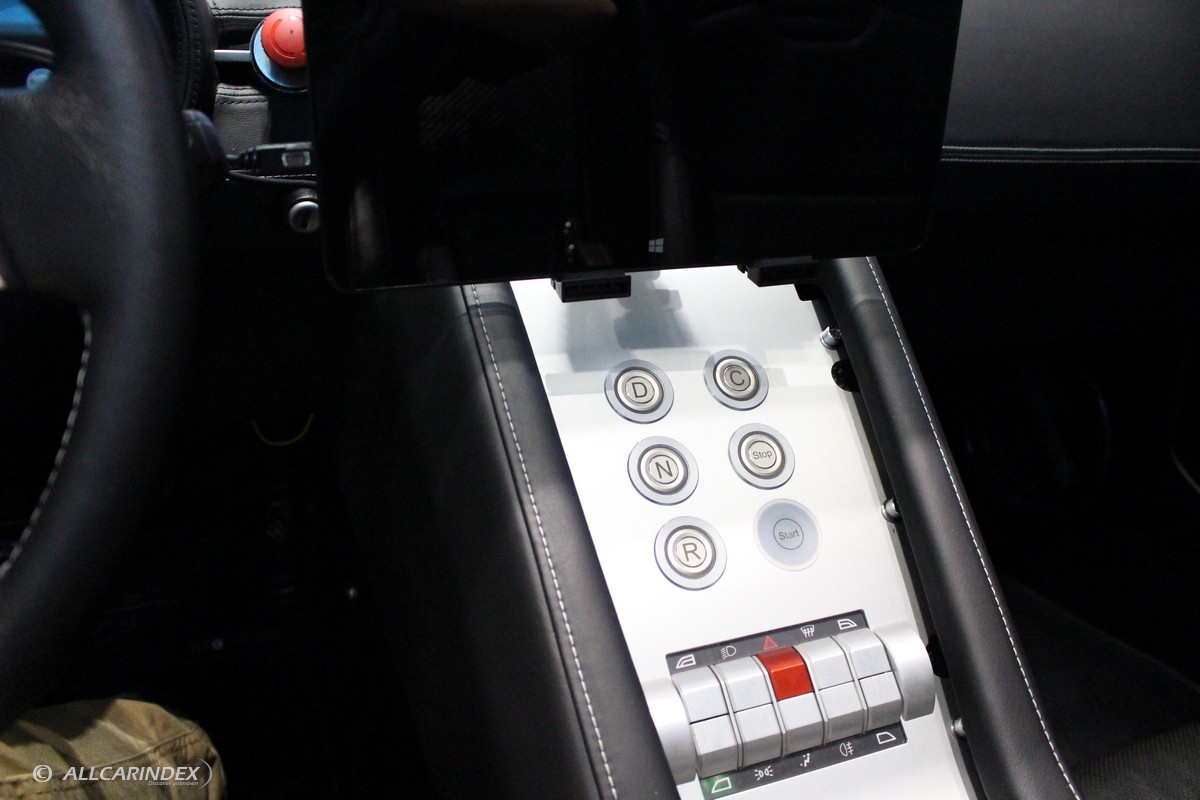 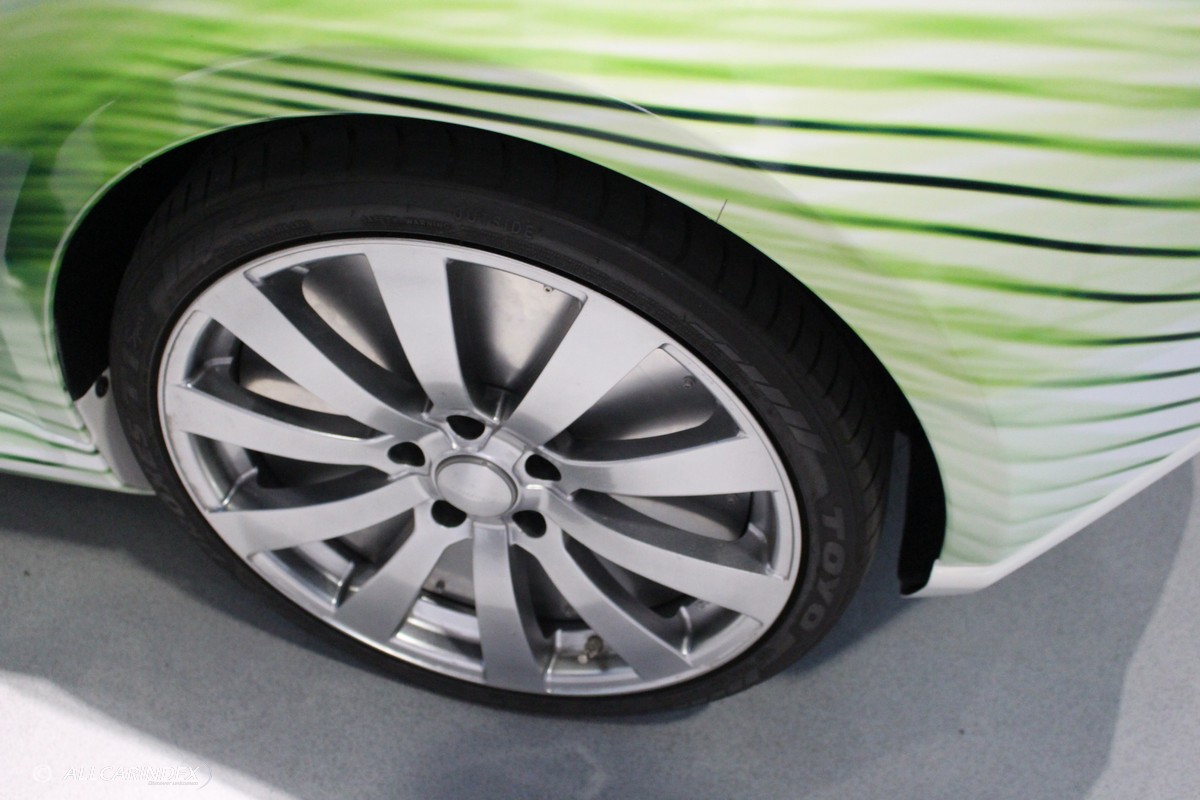 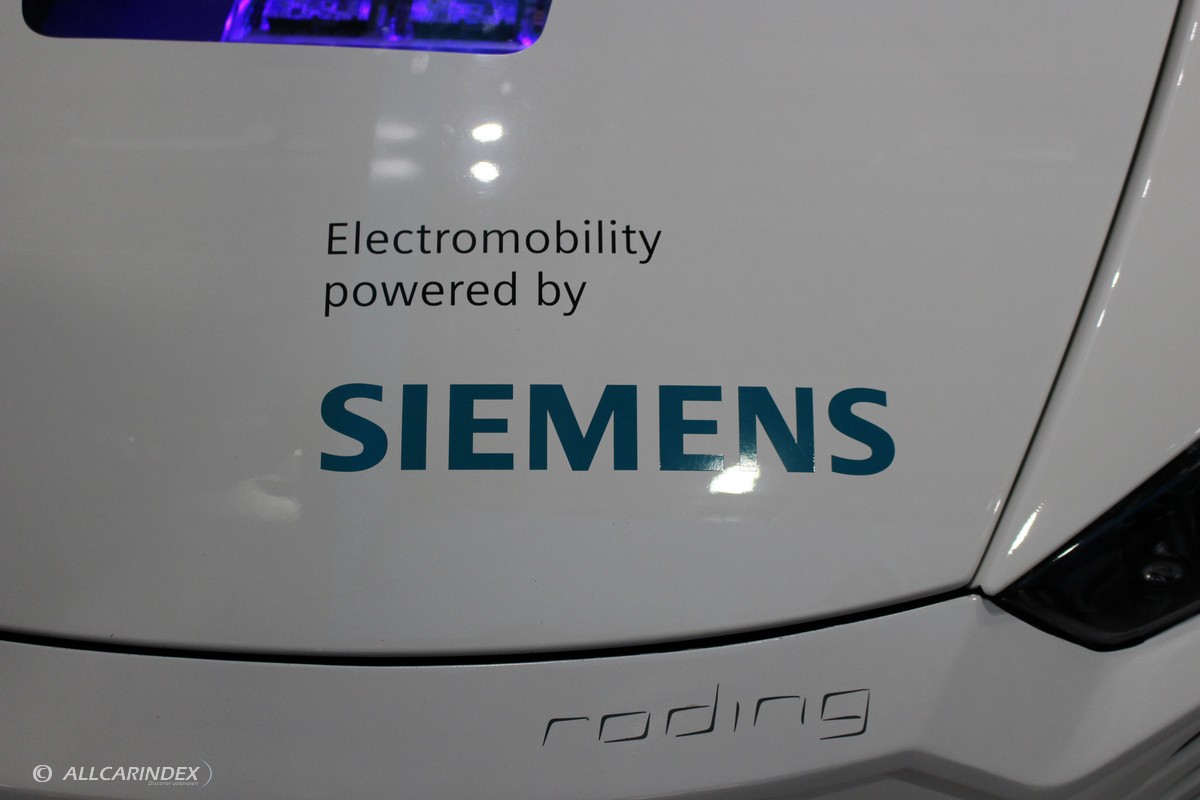 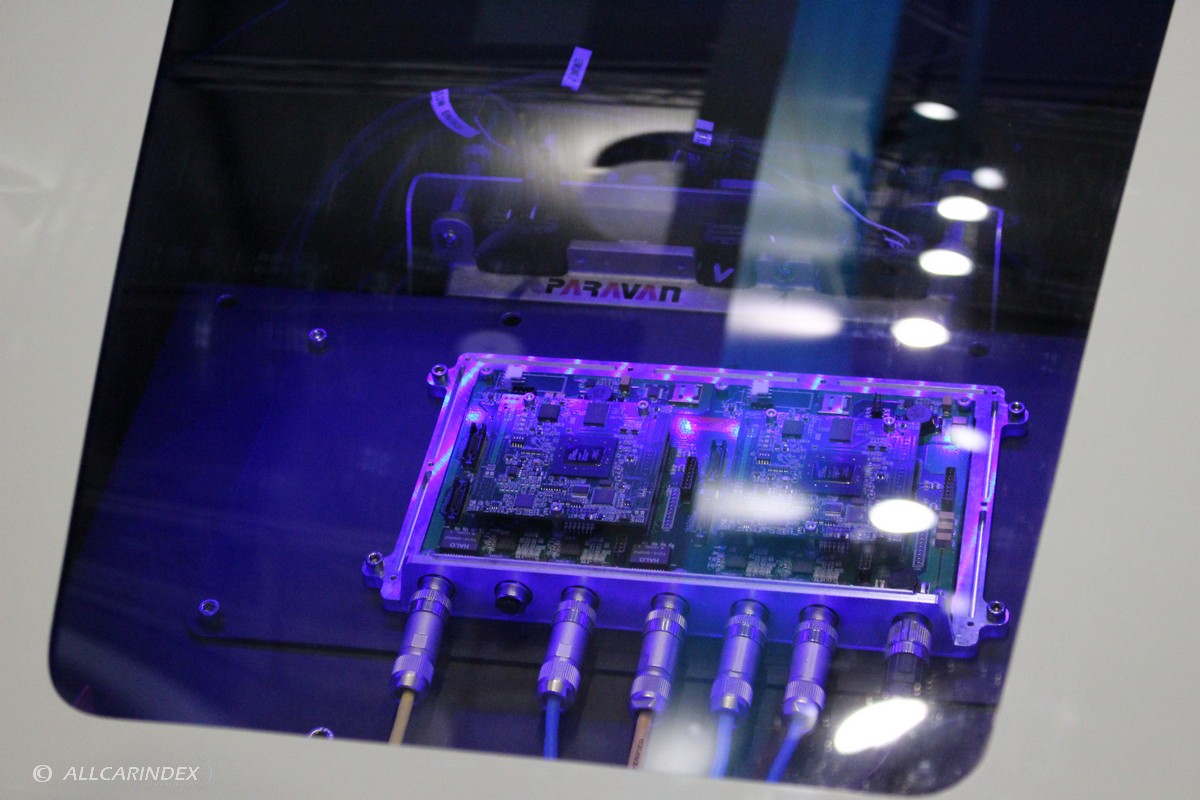 • Siemens developed this electric car in cooperation with Roding Automobile, TRW Automotive, and other small companies. This automobile serves as a research platform for a number of technologies.

• For example, the Roding Roadster Electric has an innovative regenerative braking system. With this system it is possible to recover almost all of the car's potential and kinetic energy about 70 percent of the time when the brakes are applied.

As a result, braking makes a significant contribution to the energy-saving operation of the vehicle. Because the energy recovered during braking recharges the battery, that energy can subsequently be used for acceleration.

• Both of the Roadster’s wheel-hub motors have an output of 63 kW for cruising and a maximum output of 120 kW. Generating a total torque of 1,000 Nm (or even 2,500 Nm in short bursts) they can accelerate the car to a speed of 160 km/h — without the driver having to shift gears.

In other words, the recharging is cordless.

• The Roding Roadster Electric is an important milestone in the RACE project.

This is because it forms the basis on which a prototype vehicle can be developed — a vehicle that is completely based on the new ICT architecture (ICT = Information and Communication Technology).

Contribution to the energy transition:

• Our energy system is in the midst of a transition. In the future it will be much more complex, more interconnected, and more flexible than it is today. Along with highly efficient large-scale power plants, there will be millions of small and medium-sized facilities generating electricity from wind, sun, water, biomass, and geothermal sources. In addition, there will be new consumers of electricity, such as electric cars.

• The power grids are not yet equipped to accommodate these changes — they will have to become more intelligent. In addition, more and more energy storage devices will be required to temporarily store the excess electricity generated by wind and solar facilities so that it can be quickly fed back into the grid when it is needed.

• Electric cars could also play a role here. Connected to a smart grid, they could serve as power storage units when there is a surplus of electricity and feed power back into the network during peak load periods. In this way, vehicle owners could earn extra income when their cars are not being used.