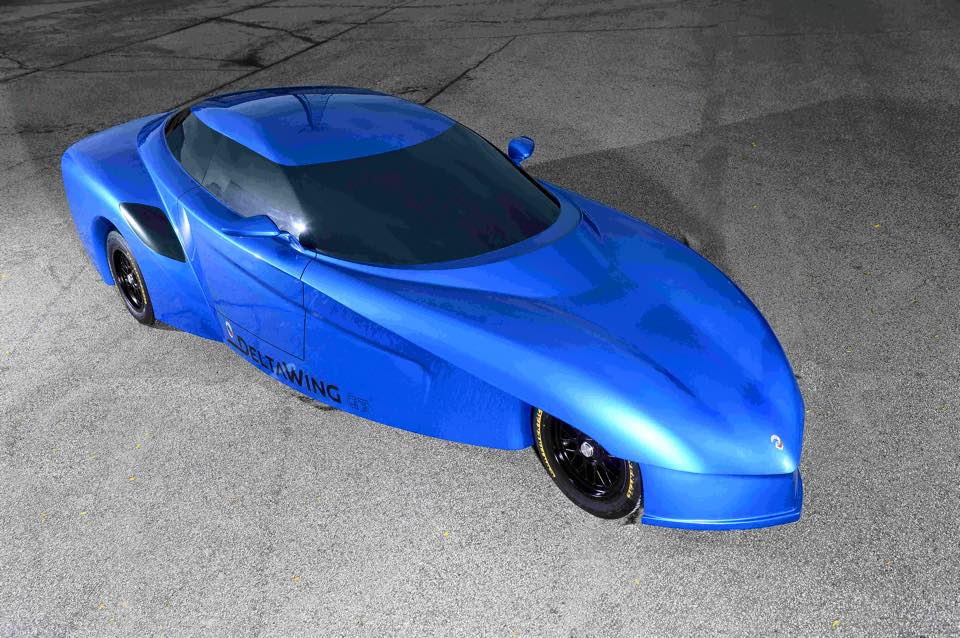 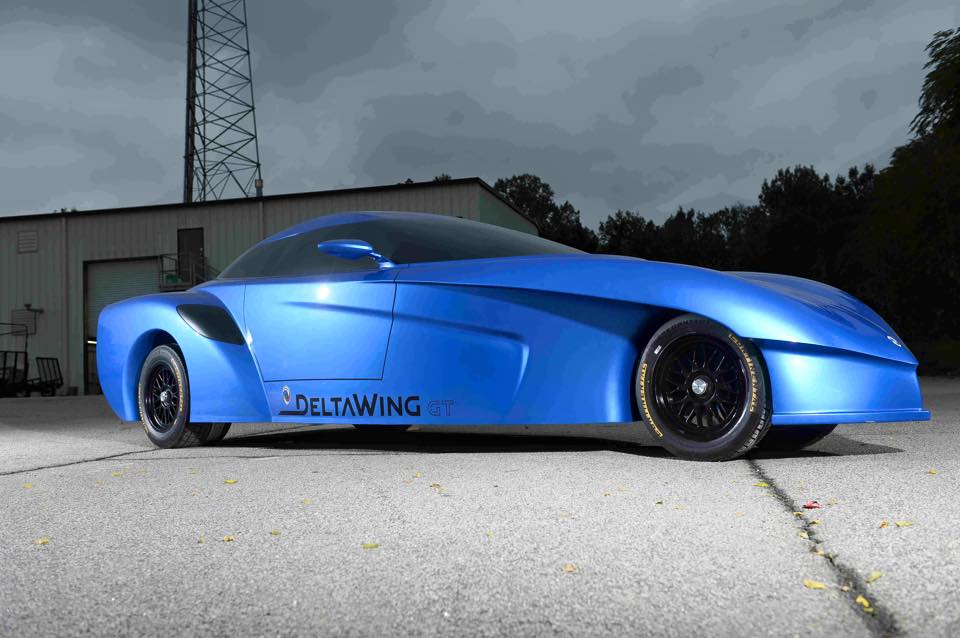 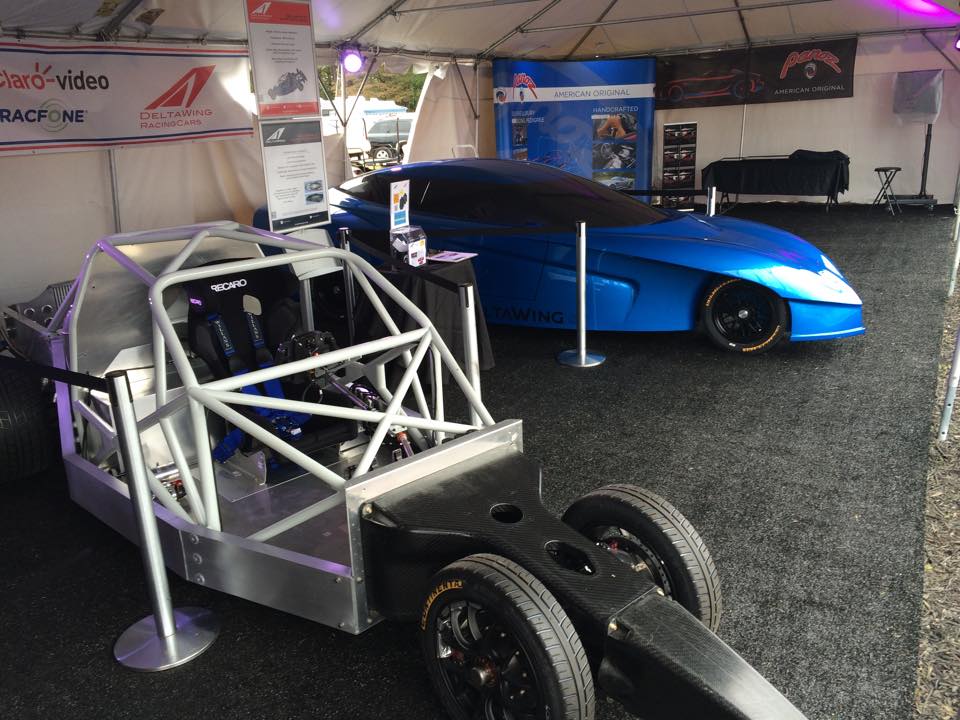 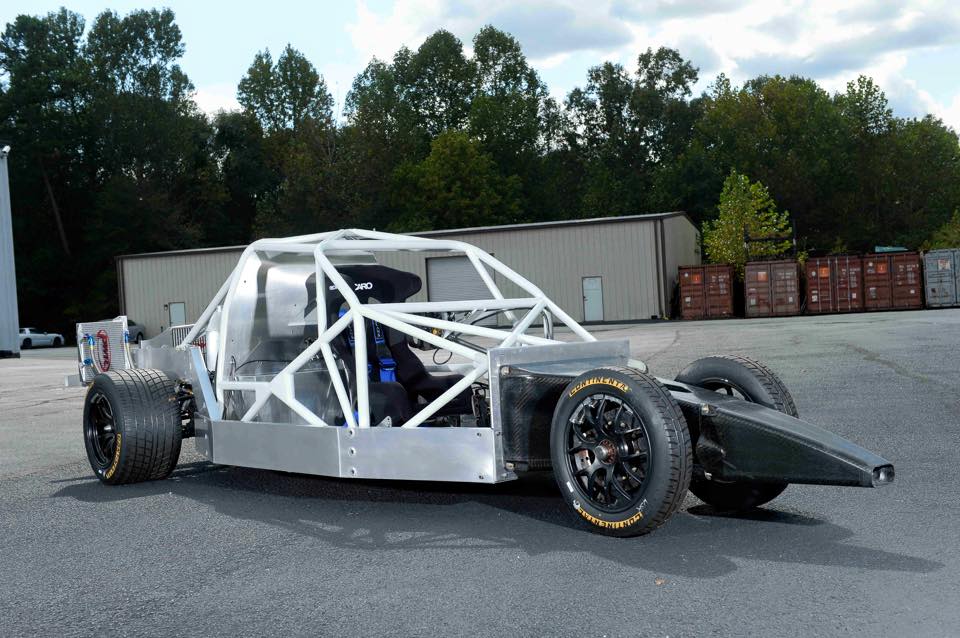 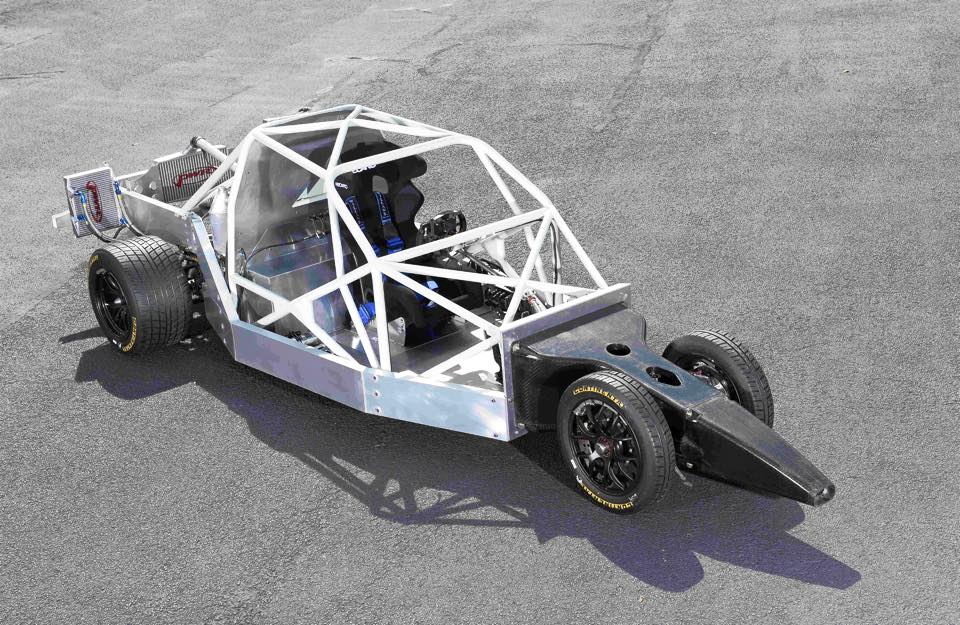 DeltaWing and Panoz have issued the following press release:

Braselton, Ga., Oct. 1, 2015 – DeltaWing Technology Group today revealed at Road Atlanta a full-size concept of what a Panoz DeltaWing GT street-legal car could look like, as well as a DeltaWing® GT race car concept chassis, providing a glimpse of the fuel and energy efficient DeltaWing® architecture in another form. The display showcases the company's rapid progress toward a new DeltaWing race car and ultimately a highly efficient Panoz DeltaWing® car for the street.

Both are on display Oct 1-3 in the DeltaWing Racing Cars and Panoz exhibit in Road Atlanta's Vendor Village. Road Atlanta is home to the 18th Annual Petit Le Mans powered by Mazda, the finale of the 2015 TUDOR United SportsCar Championship and the Tequila Patrón North American Endurance Cup season.

The team then focused on further refinement of the architecture and design, preparing for prototype development. As a result, the Panoz DeltaWing GT road car design's coefficient of drag in simulation has been optimized and currently is in the 0.26 Cd range.

The efficiency and performance of the DeltaWing vehicle architecture can be defined as a "green technology multi-tool." The architecture can accept virtually any current or future transverse engine powertrain and deliver significant fuel savings and green benefits when compared to traditional vehicle designs. The DeltaWing platform also can be fitted with all-electric or hybrid powertrains; today's smaller and lighter high-efficiency gas, diesel and compressed natural gas (CNG) engines. As a result, it can:

Sports car endurance racing fans are familiar with the DeltaWing. It debuted as the inaugural Garage 56 entry at the 2012 24 Hours of Le Mans and quickly proved it could compete with technology rather than brute horsepower. Today the Claro/Tracfone DeltaWing Racing Cars DWC-13 Coupe competes in IMSA's 2015 TUDOR United SportsCar Championship with about half the weight and aerodynamic drag, half the horsepower, and half the fuel consumption while delivering the same performance as its competitors.

The DeltaWing Technology Group engineering and design team leverages the data acquired through racing and applies it to next-generation projects like the DeltaWing GT. For example, many DeltaWing GT race car concept sub-assemblies like steering and suspension are derived from the DWC-13 Coupe, and what has been learned about the DWC-13's driving dynamics influence the direction of the DeltaWing GT street and race projects. Preliminary DeltaWing GT race car concept targets call for a vehicle powered by a 350 to 400 horsepower engine and weighing about 1,800 to 2,000 lbs, depending on the powertrain.