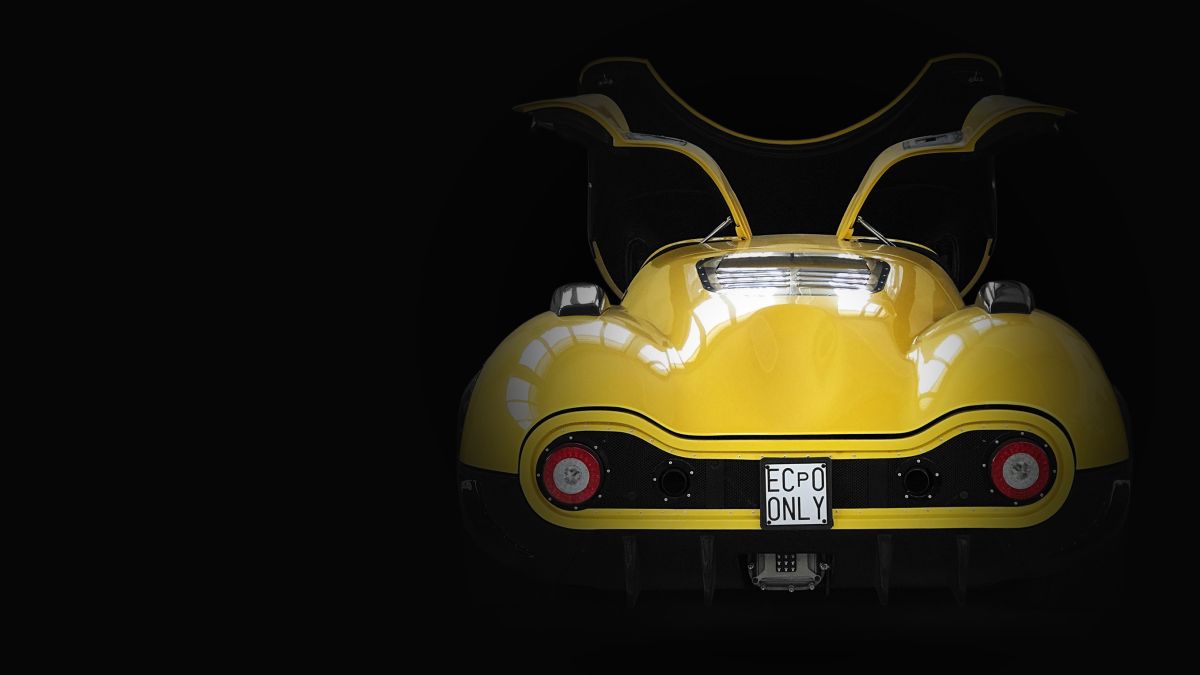 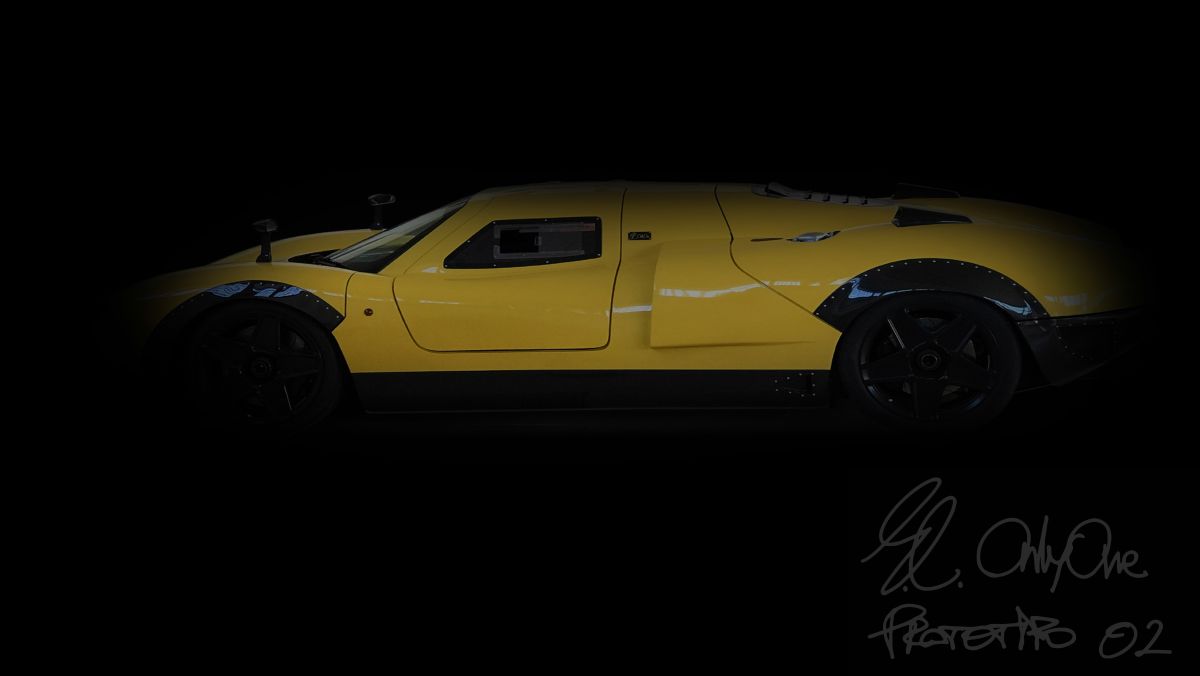 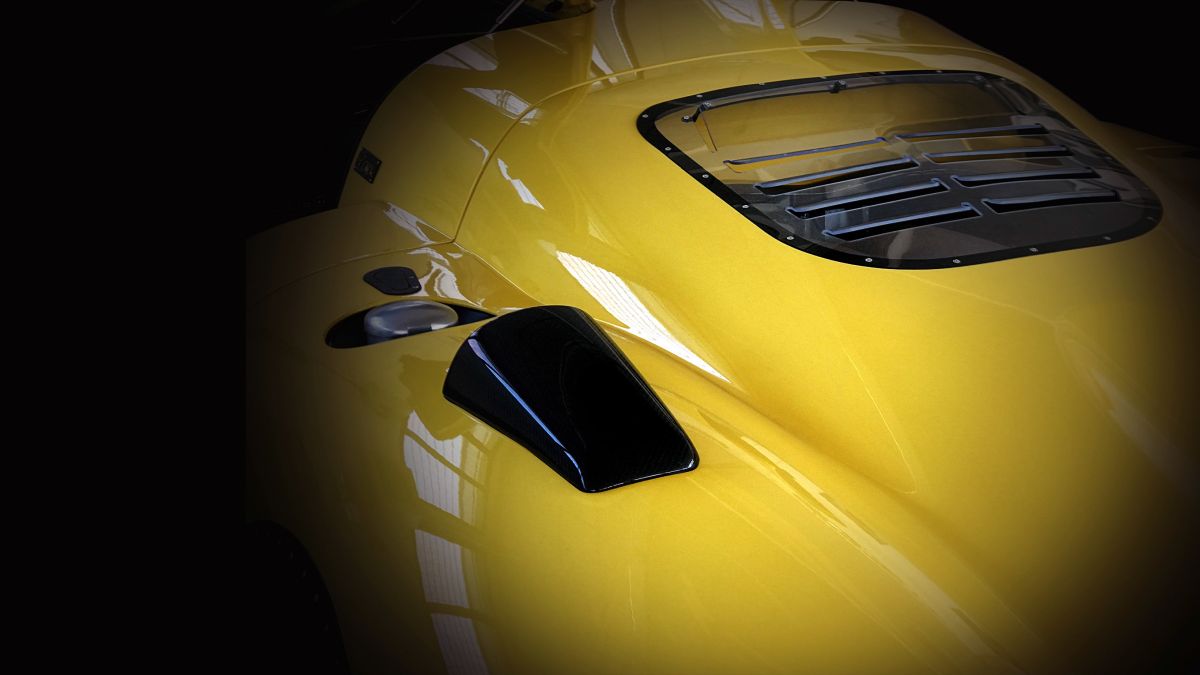 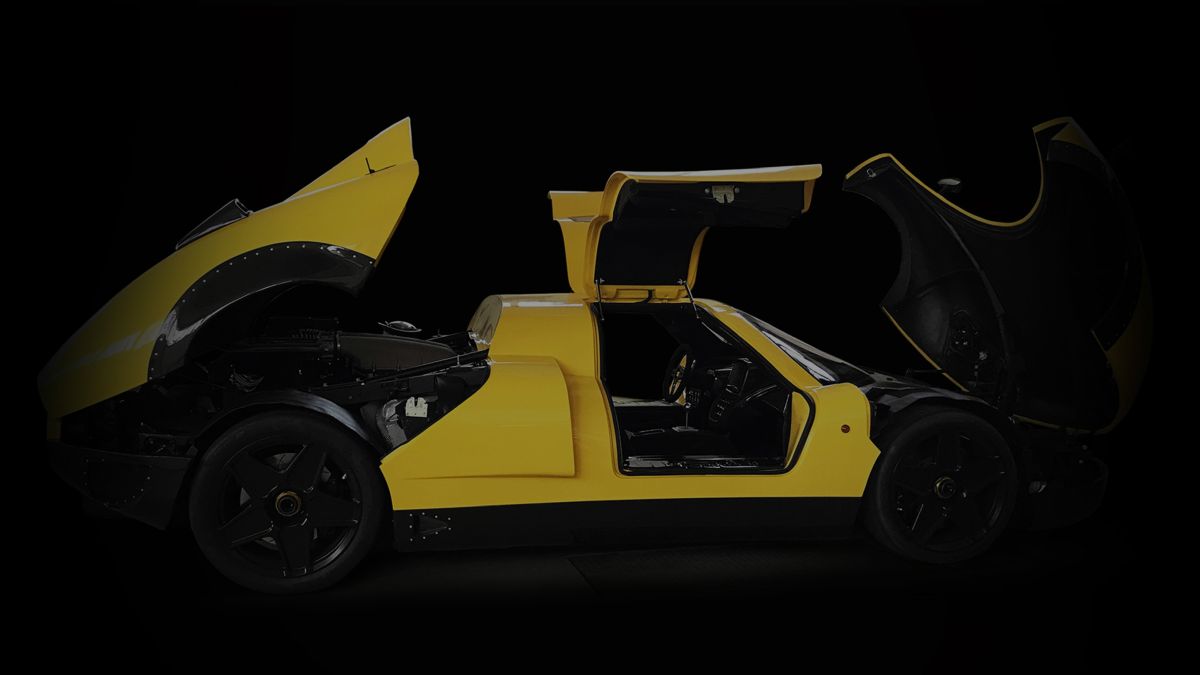 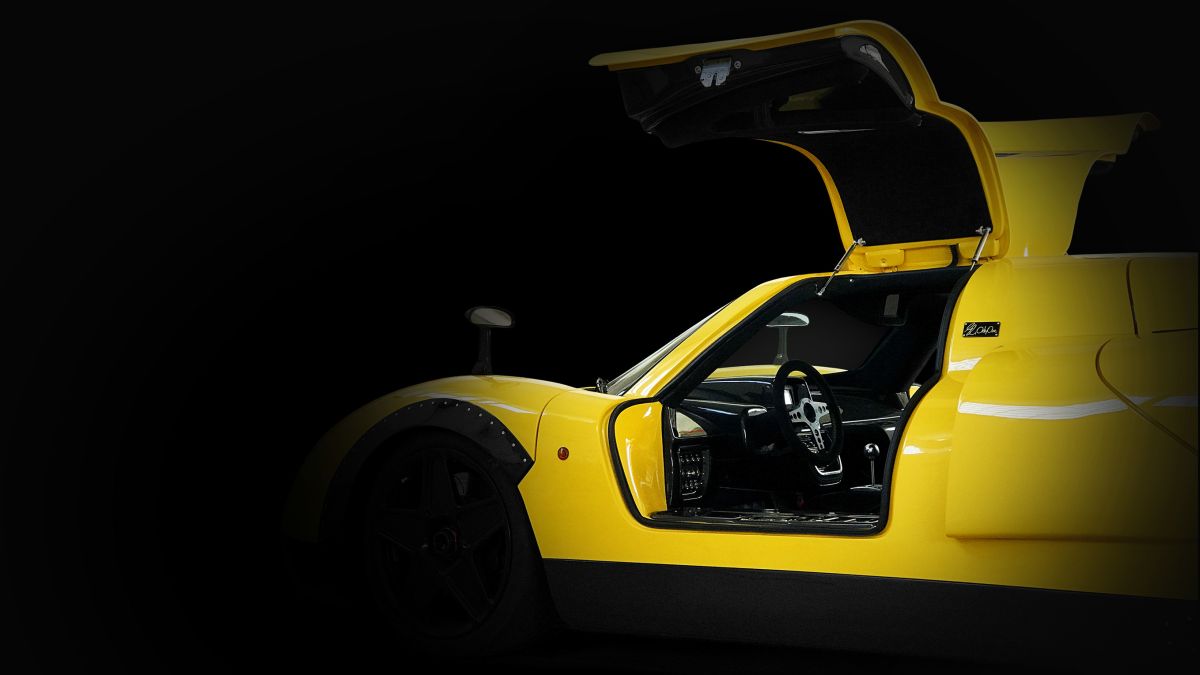 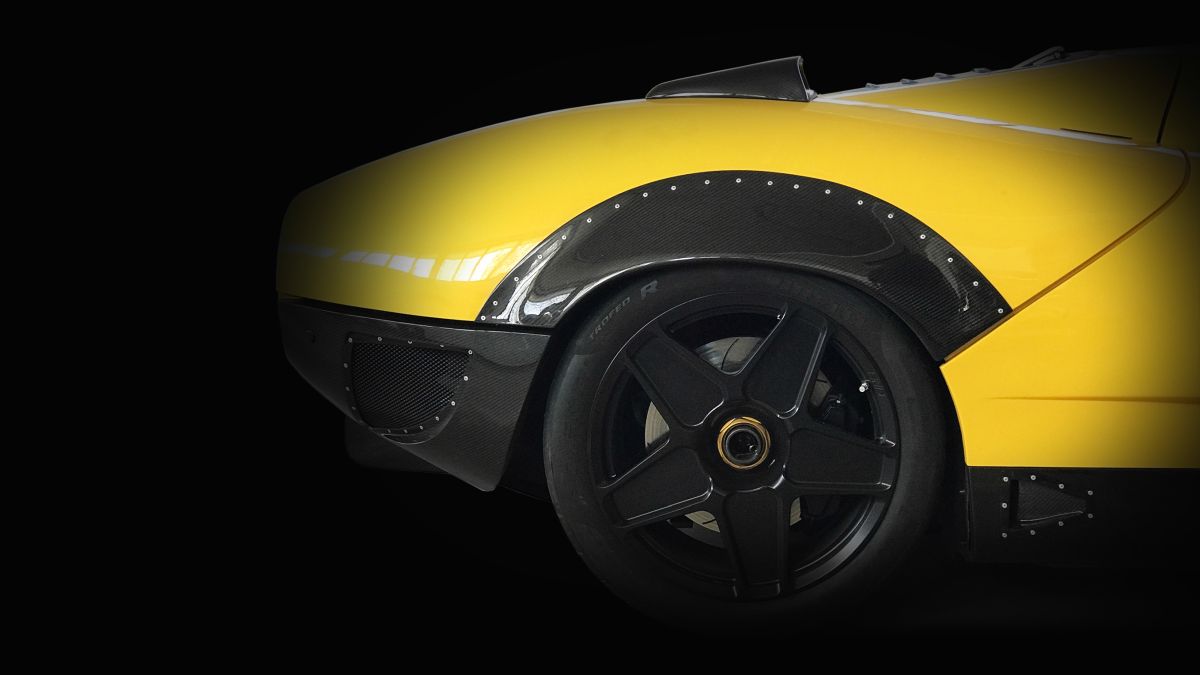 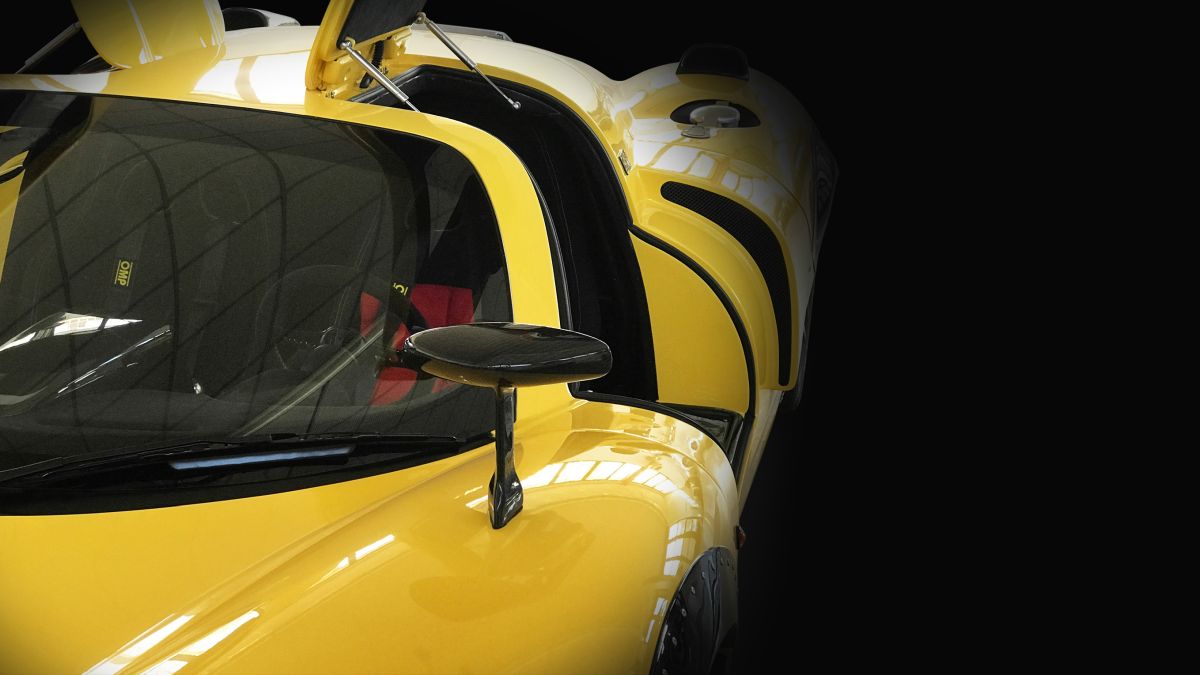 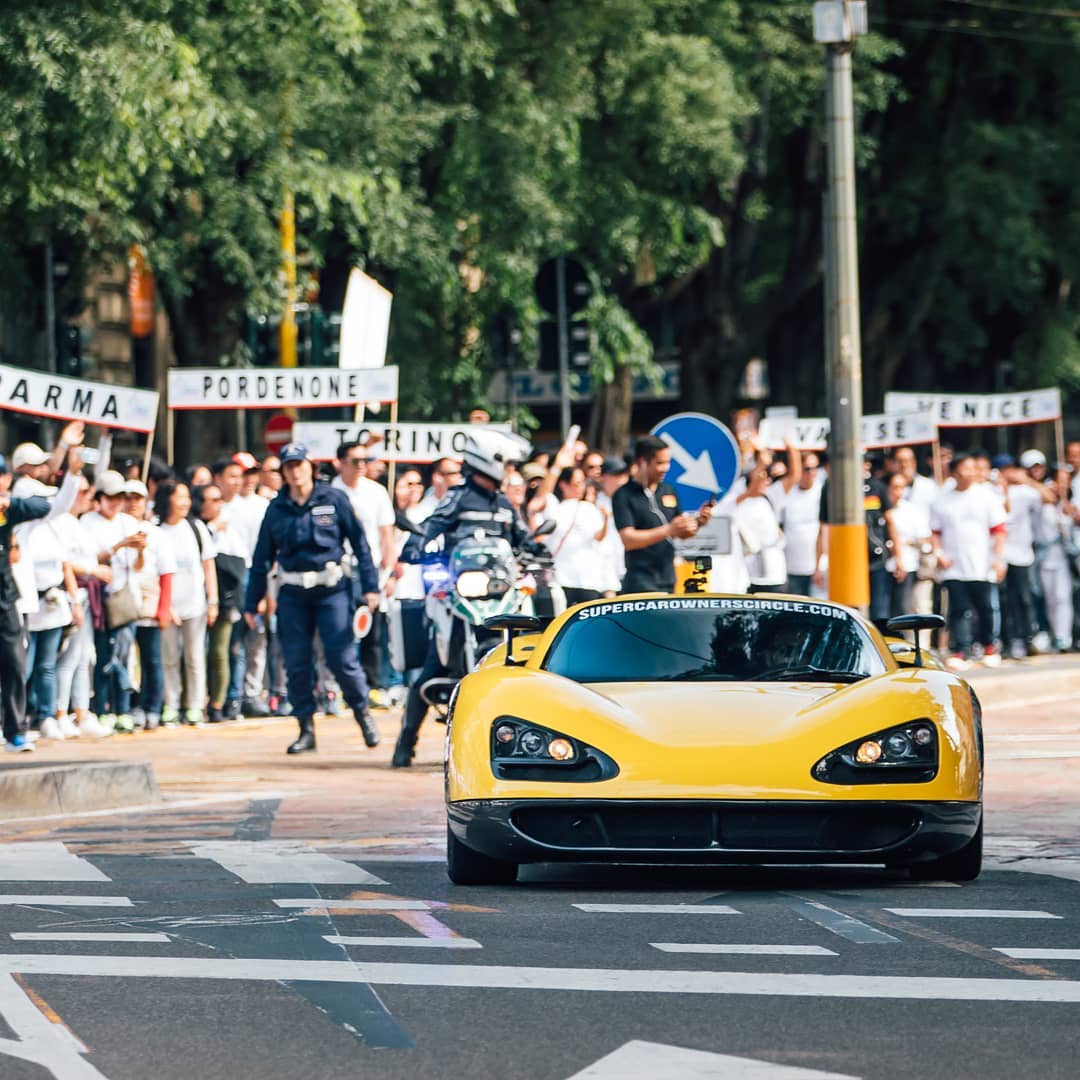 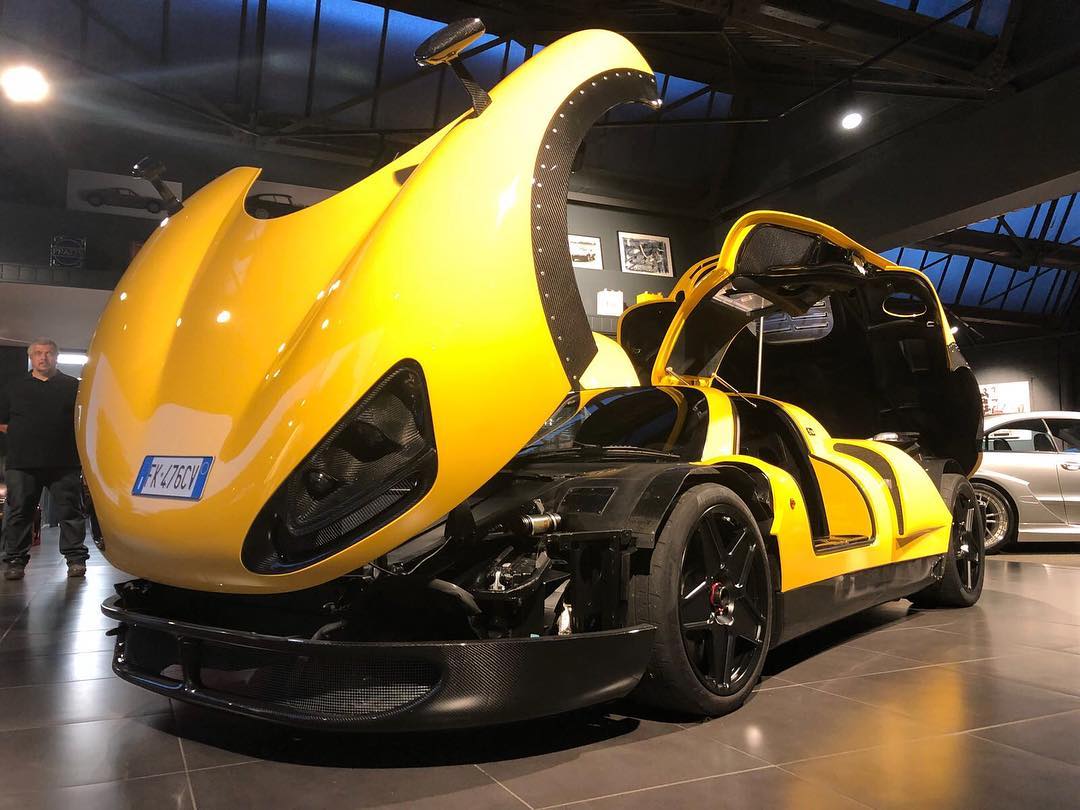 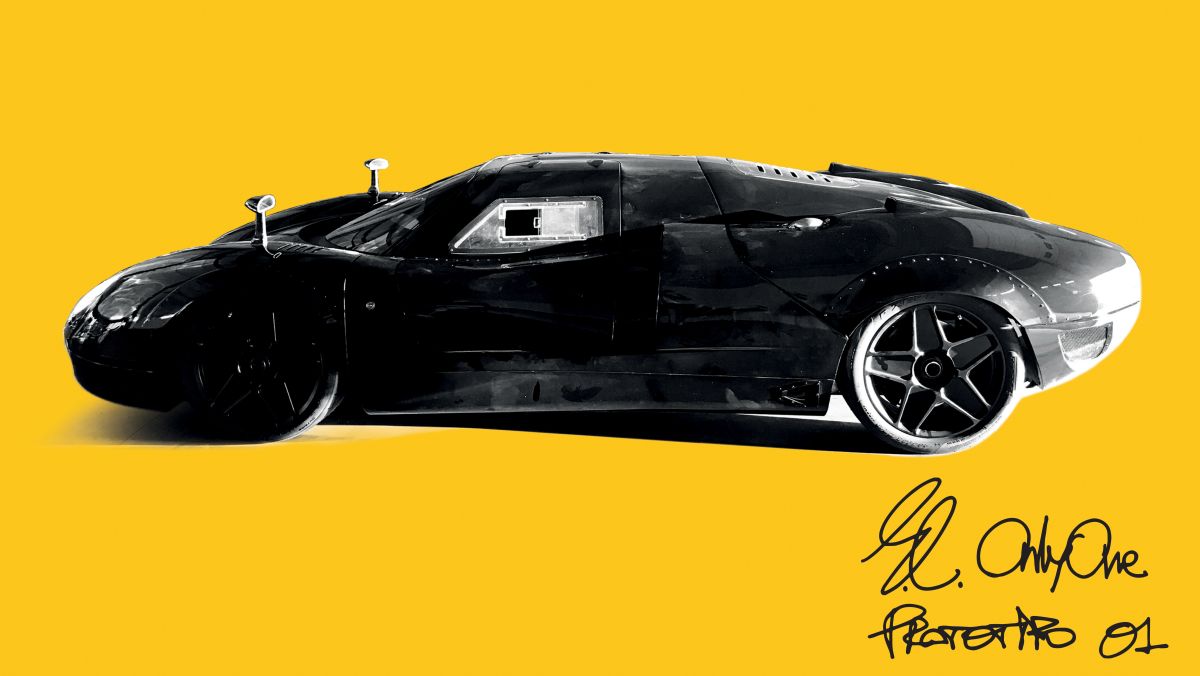 The first photographs of the yellow mystery car started surfacing in the first quarter of this year. A low and very wide yellow coupe was cruising Italian streets and later was seen in a companionship of other supercars including the exclusive ATS GT.

The mystery is uncovered and today we proudly present you the newest Italian supercar prototype – the unique E.C. OnlyOne P8!

It comes from a small Ferrara town located to the north from Bologna and it is a brainchild of a former racing driver Enea Casoni. Envisioned as a one-of-a-kind model the EC OnlyOne P8 is created to embody the art of driving. It is a pure driver’s car which sacrifices modern gadgets to save weight. It is an uncompromised model paying a tribute to the best of legendary racing cars and a racing atmosphere of the ‘70s.

This particular car is actually the 3rd prototype that Mr Casoni has built in his atelier. There is not much information about the first two, but the second one was a black painted prototype. The latest incarnation is based on Ferrari F430 mechanicals. The power aggregate in the yellow coupe develops 600hp at 8640 rpm. It is coupled with a 6-speed gearbox.

The car features a hand-made aluminum-carbon bodywork with impressive gullwing doors. The interior has been made to be not only comfortable but also efficient. For this purpose, the driver’s seat is different than the passenger one. The hand-assembled cockpit is fitted with aluminum, carbon fiber, leather and Alcantara.

EC OnlyOne P8 is truly extravagant model. It is merely 1-meter-high (precisely, 1080 mm) and more than 2 meters wide (2030 mm)! Not surprisingly it caused a stir at the first public demonstration during Gumball 3000 rally. A unique head turner!

The concept behind Mr Enea Casoni’s company is to make one-of-a-kind hand-made cars in a single example or extremely small numbers such as 5 units per year. No matter what, no two cars will be alike each other. The owner of the hand-crafted supercar will be confident – his car is the OnlyOne.