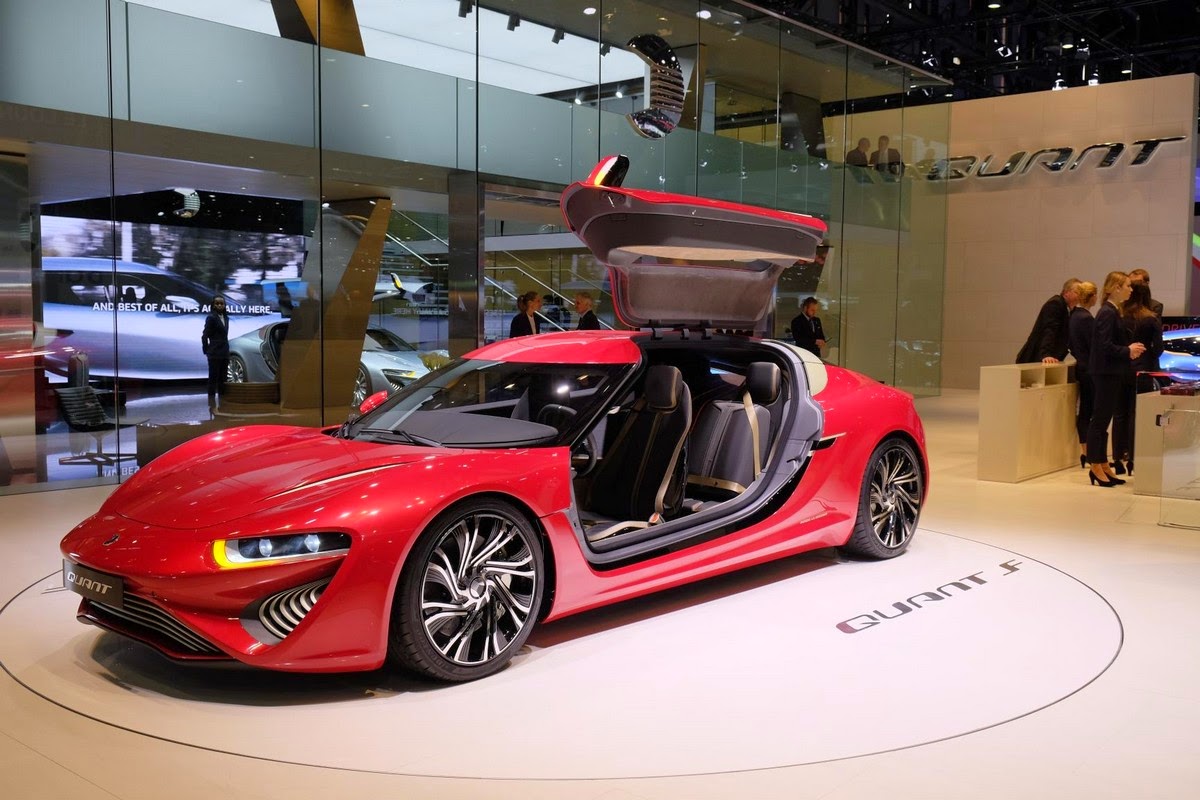 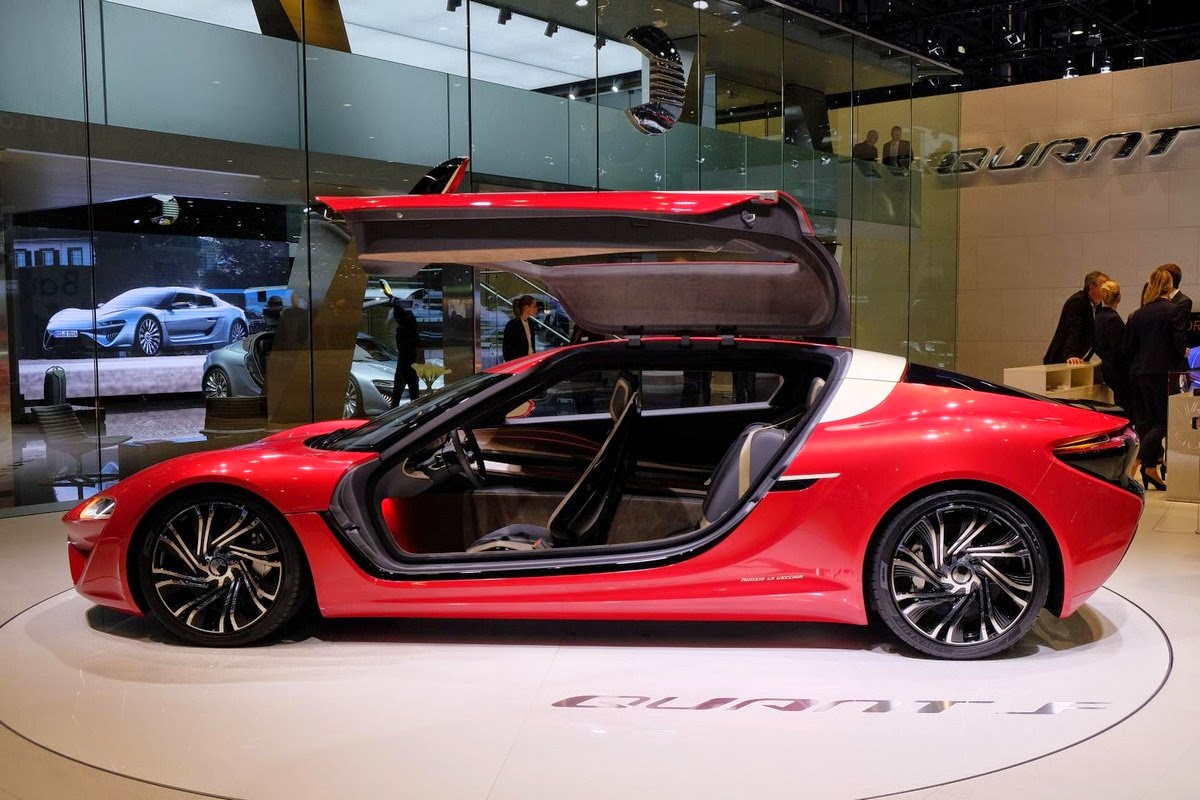 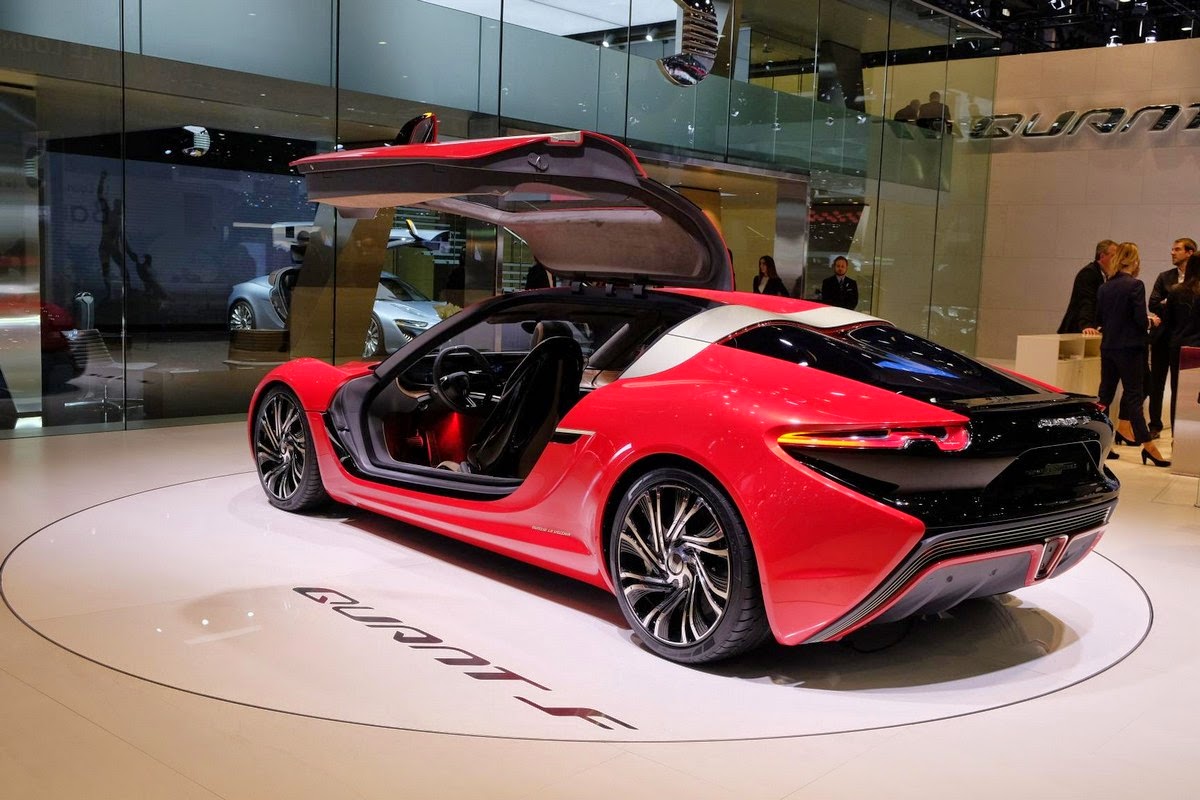 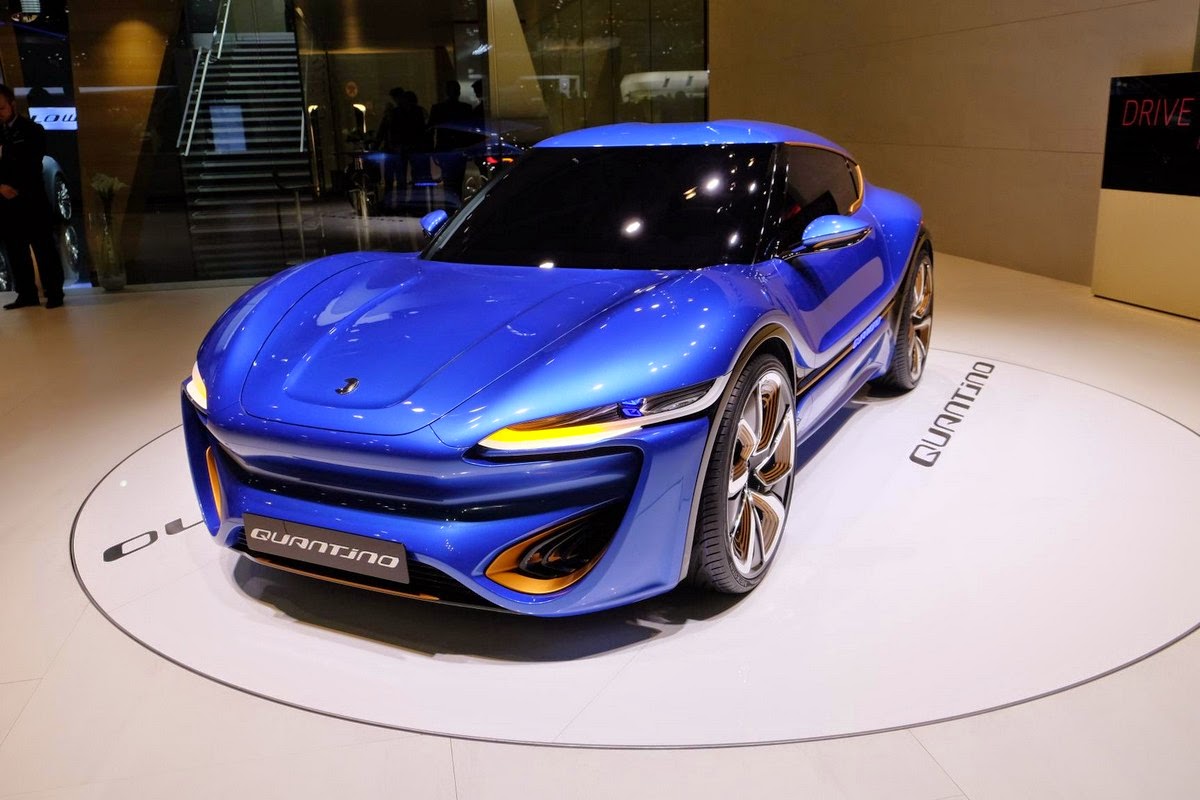 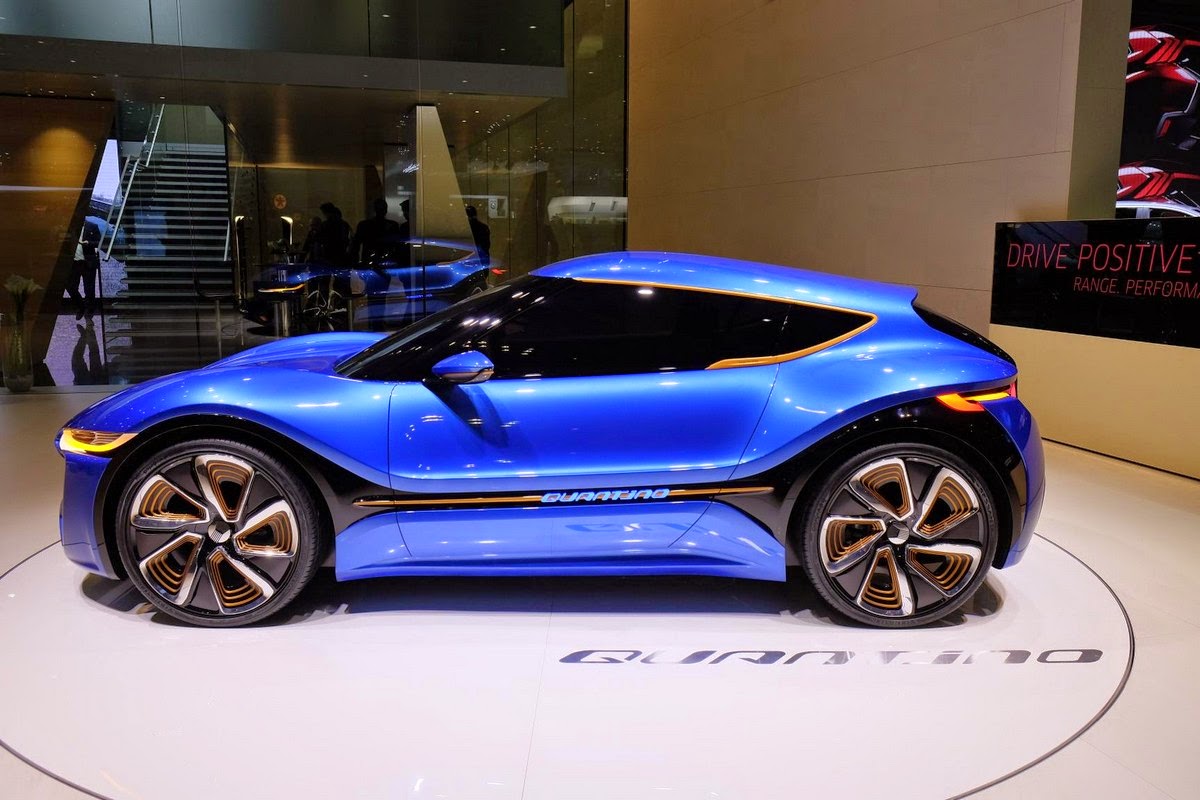 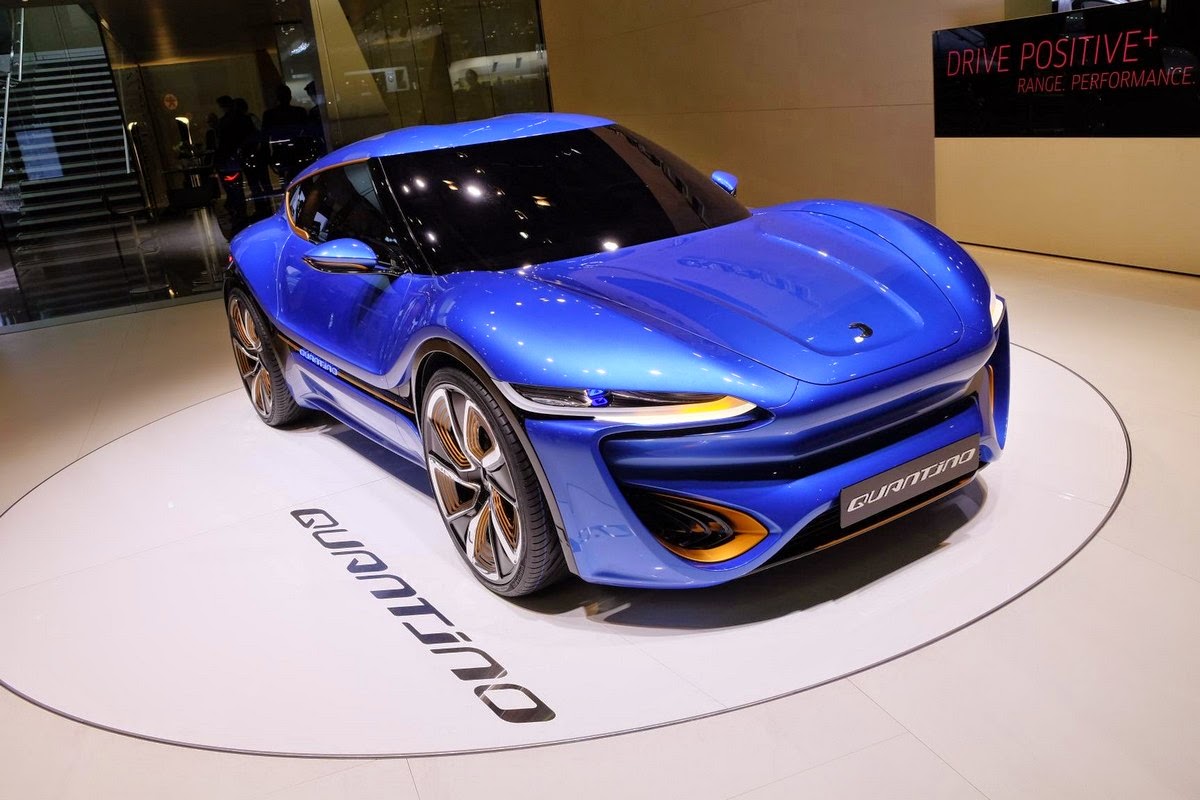 "This Geneva Motor Show is going to be QUANTastic!"

"We see the flow-cell technology as the most promising technology with the greatest potential for the future of sustainable electromobility without harmful emissions. It offers an enormous range as well as exceptional performance. For us it represents the best alternative to battery-powered or fuel cell-powered electric vehicles. The flow-cell drive system eliminates many of the disadvantages inherent in existing drive systems and it is also more cost-effective. In our view, the flow cell is the future of electromobility," said Nunzio La Vecchia after the two world premieres presented by nanoFlowcell AG.

The new QUANT F is an impressive demonstration of the fact that enormous performance and environmental sustainability do not have to be mutually exclusive in the automotive field: a complete re-design of its predecessor QUANT E, the electric vehicle equipped with nanoFlowcell® technology can reach speeds of more than 300 km/h - full electric and without harmful emissions, it has a range of up to 800 km. With its new 2-speed automatic transmission, the 5.25-metre e-sports sedan weighing in at 2.3 tonnes and capable of carrying four people can accelerate from 0 to 100 km/h in only 2.8 seconds.

But it was not only the QUANT F that attracted a lot of attention at the world premiere at the Geneva International Motor Show.

With the new QUANTiNO, nanoFlowcell AG also unveiled the world's first QUANT low-voltage vehicle as a concept car. Operating on a rated voltage of only 48 V, the QUANTiNO generates an output of four times 25 kW/136 hp with a combination of nanoFlowcell®, buffer system and electric motors. The QUANTiNO has a top speed of more than 200 km/h and a range of over 1,000 km. A 2+2 seater with a length of 3.91 metres, the car impresses with its unique design. One stand-out detail: the 22-inch wheels, which the QUANTiNO inherited from its big brothers QUANT E and QUANT F.

With its two 175-litre tanks, the QUANTiNO has a total capacity of 350 litres of ionic liquids, one carrying a positive charge, the other a negative charge. The refuelling process is similar to how it is done today, with the difference that two tanks are filled with different liquids simultaneously.

"As the first QUANT low-voltage vehicle, the QUANTiNO's range of over 1,000 km is quite ground-breaking. Low-voltage systems are the ideal complement to our nanoFlowcell®. With a rated voltage of only 48 volts and the large currents that the nanoFlowcell® can deliver in combination with the buffer system, we are achieving an enormous range and exceptional performance figures in fully electric operation. As an electric vehicle for the public at large, the QUANTiNO represents a relatively cost-effective concept with great potential for the future. A first prototype is set to take to the road as early as 2015. We are also aiming for rapid homologation in preparation for series production," added La Vecchia.

"This year's Geneva Motor Show is going to be QUANTastic," enthuses Professor Jens Ellermann, President of the Board of Directors of nanoFlowcell AG, who is elated with the positive response the world premieres of the QUANT F and the QUANTiNO have elicited among visitors at the motor show.

The company nanoFlowcell AG will also be expanding its activities based on the flow cell. "The potential applications for the nanoFlowcell® cover a very diverse range, and not only in the automotive sector. For this reason, we have extended our research and development activities into other fields and industry sectors. The flow cell technology is also of interest for sectors like aerospace, railways and shipping, road haulage and housing construction and building services. Initial talks exploring opportunities for cooperative ventures with leading international companies in these sectors are already under way," emphasised Nunzio La Vecchia.

"With these new QUANT models, we are ushering in a new generation of electromobility. And yet, the scope of the nanoFlowcell® is much bigger. To recognise this and advance it systematically is the job ahead of us for the coming months and years," said Prof. Ellermann.