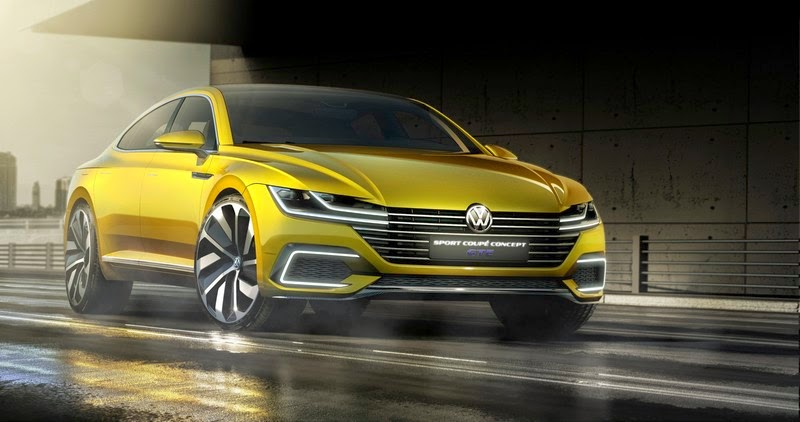 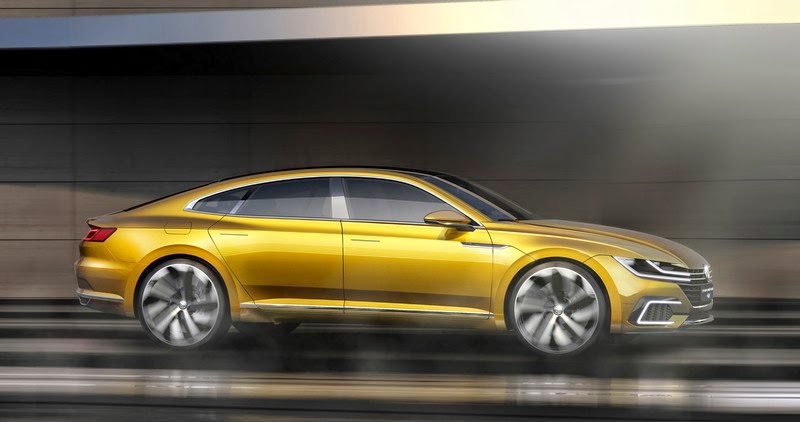 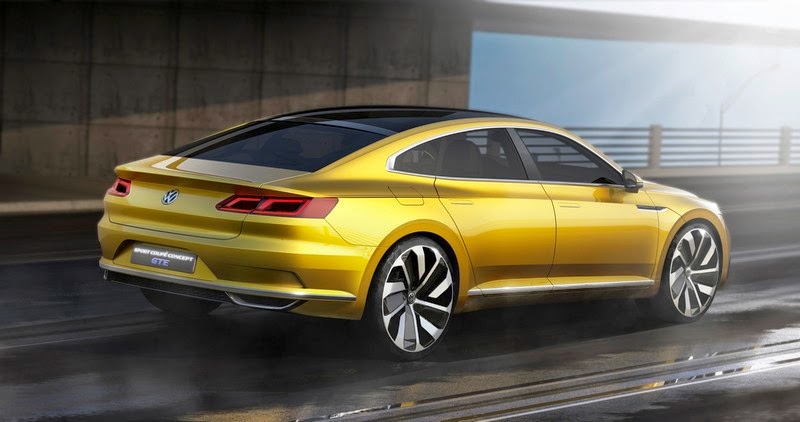 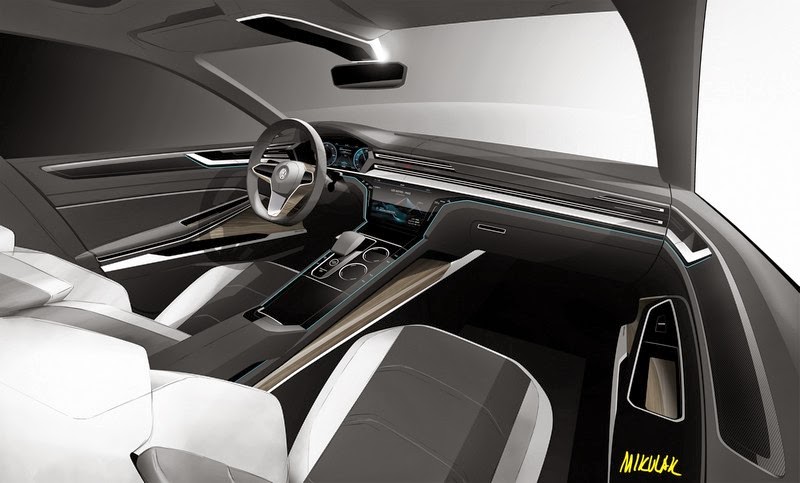 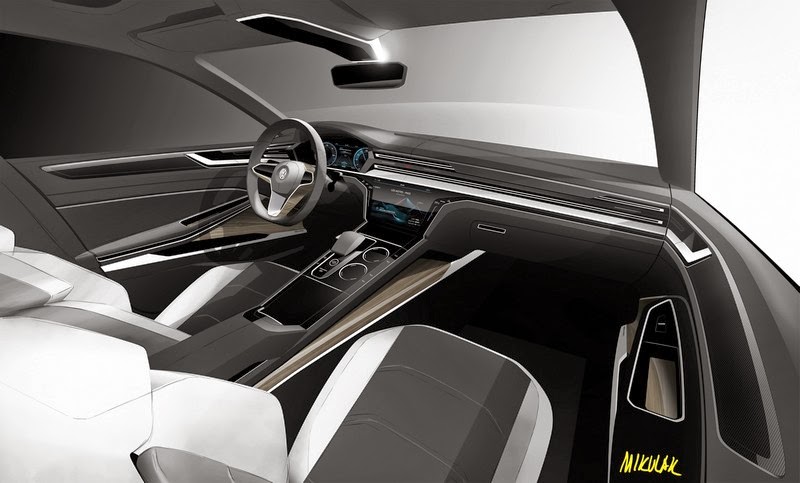 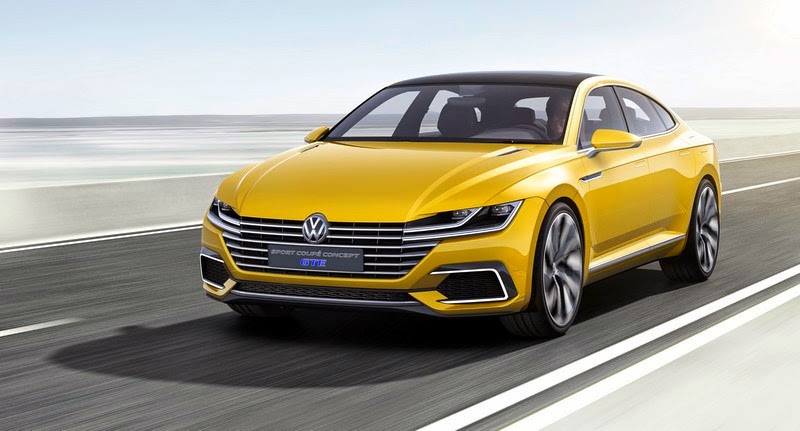 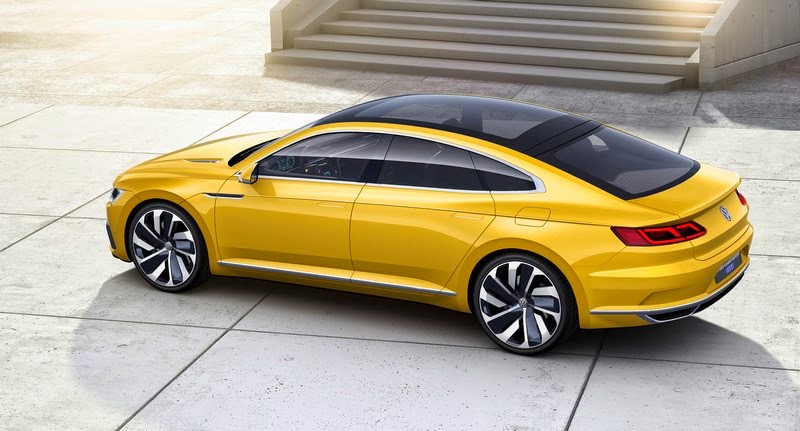 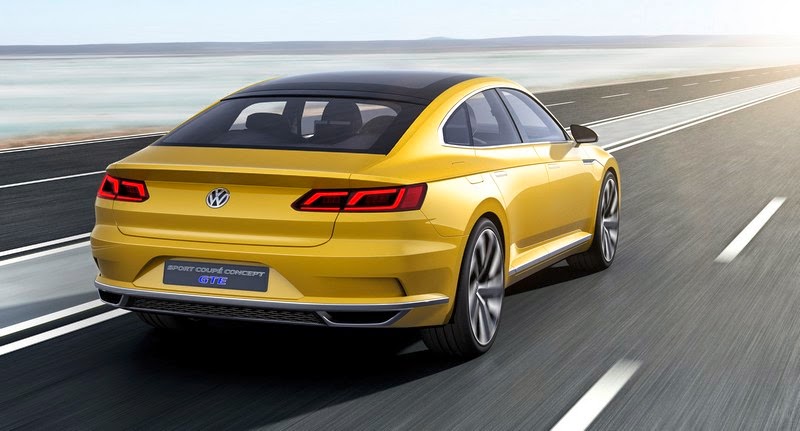 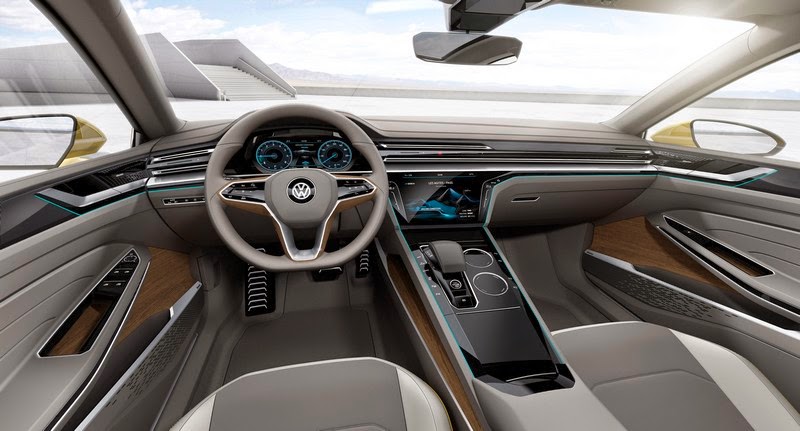 Volkswagen presents the four-door Sport Coupé Concept GTE in a world premiere on the eve of the Geneva International Motor Show. The high-tech concept car provides a view of the new progressive Volkswagen design language and is positioned above today's Volkswagen CC. Also celebrating its official world premiere in front of some 1200 high-calibre guests and representatives of the international media is the new Touran.

Dr Heinz-Jakob Neusser, Volkswagen Brand Board Member for Development, explained the new Coupé Concept GTE for the Volkswagen brand: "This concept car is a breathtakingly dynamic coupé, destined to set standards in this class. Thanks to the design in the style of an exclusive sports car combined with the added functionality of a large boot lid, we see an impressive alternative to the classic saloons of the B and C segments in this four-seater."

More than ever before, the radiator grille, the headlights and VW badge merge to form a completely new interpretation of the front end in the new Sport Coupé Concept GTE. The roofline assumes the shape of a flattened curve extending from the A-pillar that is set far back – resulting in a very long bonnet – into the rear body. Dominating the rear part of the silhouette is the low-set C-pillar, which develops seamlessly from the roofline. The progressive overall impression of the high-tech concept car is rounded off by 21-inch five-spoke wheels and integrated air exhaust openings in the front wings, doors and bonnet.

In addition to the pioneering exterior, the Sport Coupé Concept GTE also sets standards with its interior: clear design, ergonomic perfection and new interactive interfaces between human and machine create an avant-garde atmosphere inside the coupé.

Thanks to a V6 TSI engine, the 279 kW / 380 PS GTE plug-in hybrid delivers the long-distance properties of a Grand Tourismo while enabling zero-emission driving – thanks to the deployment of two electric motors and an externally chargeable battery. The concept car, with a top speed of 250 km/h, has an average combined fuel consumption of 2.0 l/100km.

The engineering basis for the design of the Sport Coupé Concept GTE is once again provided by the modular transverse matrix (MQB) from Volkswagen, which makes it possible to implement fascinating proportions. Despite its dynamic dimensions, the Sport Coupé Concept GTE – which is fitted with a panoramic sliding sunroof – offers impressive front and rear headroom. The large boot lid gives access to a 480-litre boot.

In addition to the Sport Coupé Concept GTE, the Volkswagen brand is also presenting the entirely new Touran at the Group Night in Geneva. The third generation of the compact MPV boasts a significantly enlarged multivariable interior and has been enhanced in every respect. Alongside six new engines, which are up to 19 per cent more economical than their predecessors, the Touran is a pioneer within its class in the field of assistance and infotainment systems. In addition to the Automatic Post-Collision Braking System fitted as standard, the family-friendly best-seller also offers adaptive cruise control ACC and Front Assist including City Emergency Brake, Traffic Jam Assist and Trailer Assist (trailer manoeuvring assistant). Its luggage space of 743 to 1,980 litres and the total of 47 storage compartments make the Touran an ideal family MPV.

The subject of infotainment also has a high status in the Touran: a total of five radio and radio navigation systems are available for the Touran. They offer maximum connectivity and enable smartphones to be integrated via App Connect. This is based on applications such as Mirror Link™ and "Car Play" (Apple) and "Android Auto" (Google), which enable nearly all smartphones and an enormous range of apps to be integrated.