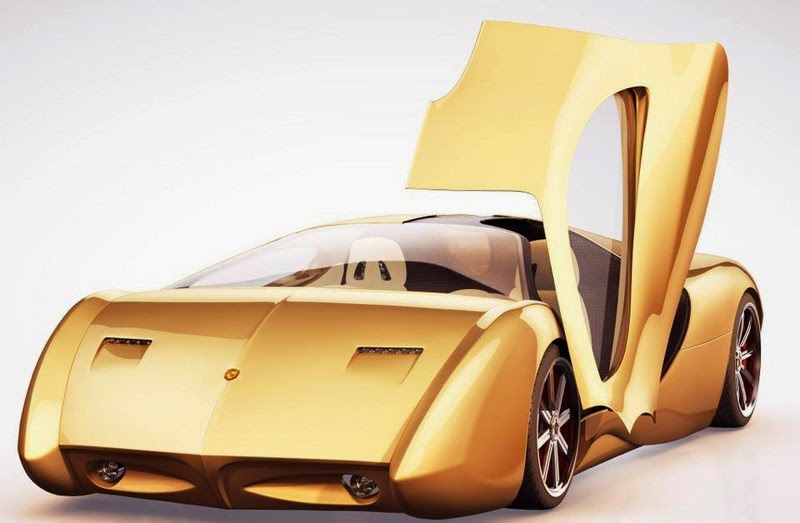 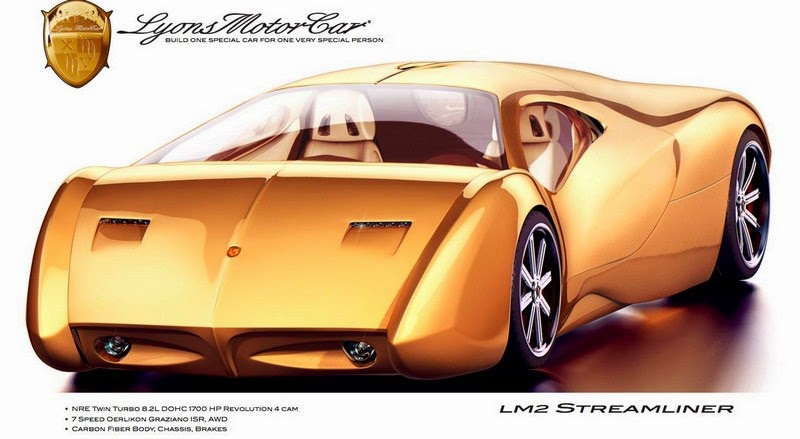 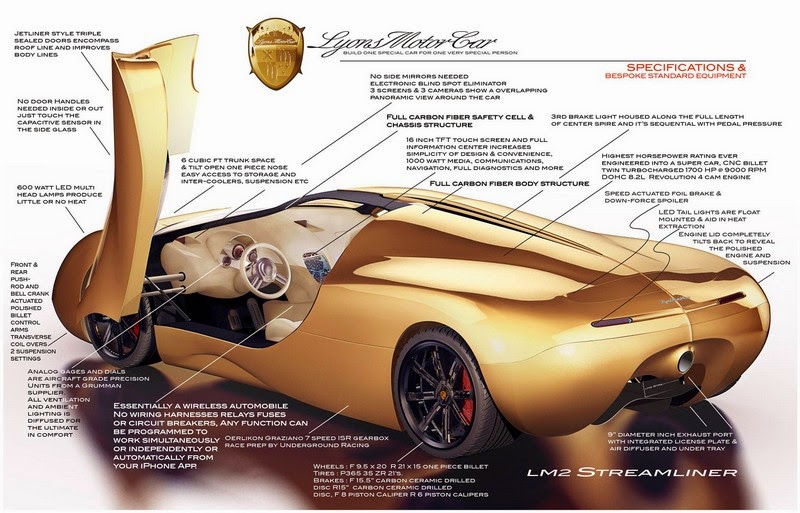 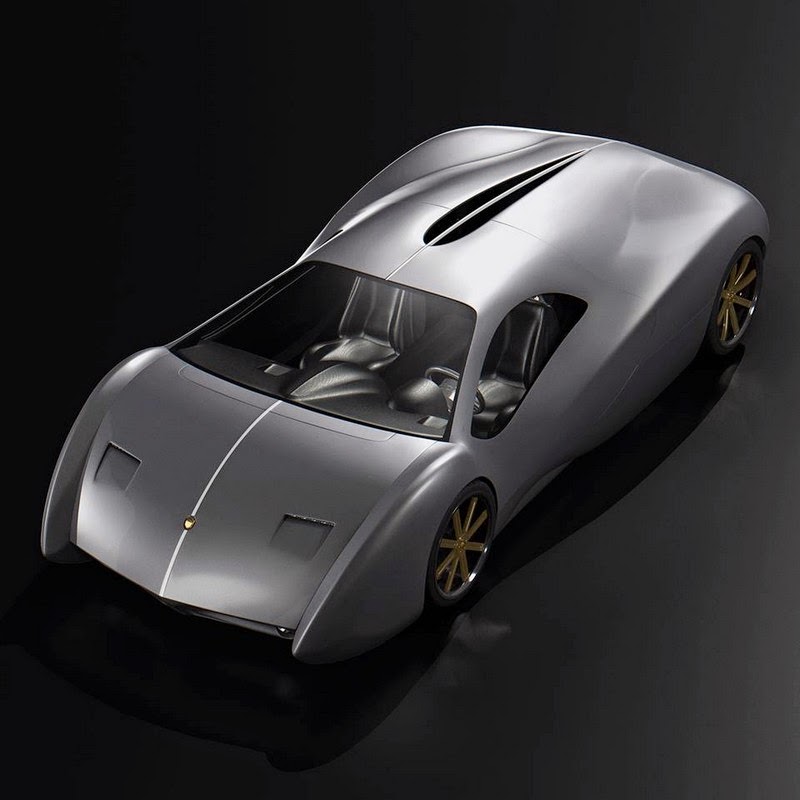 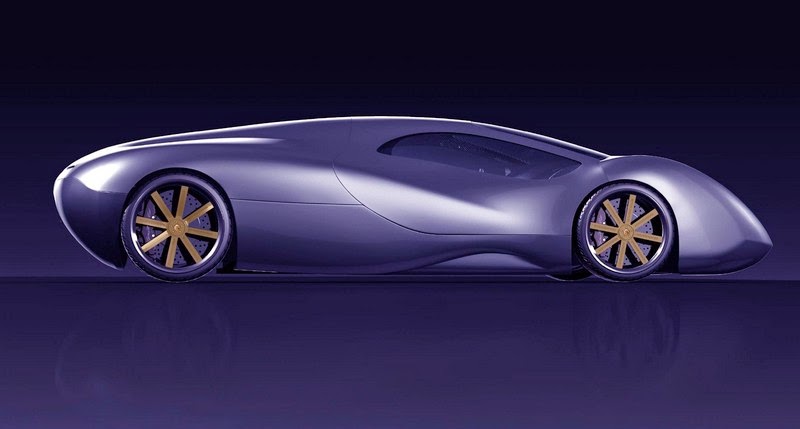 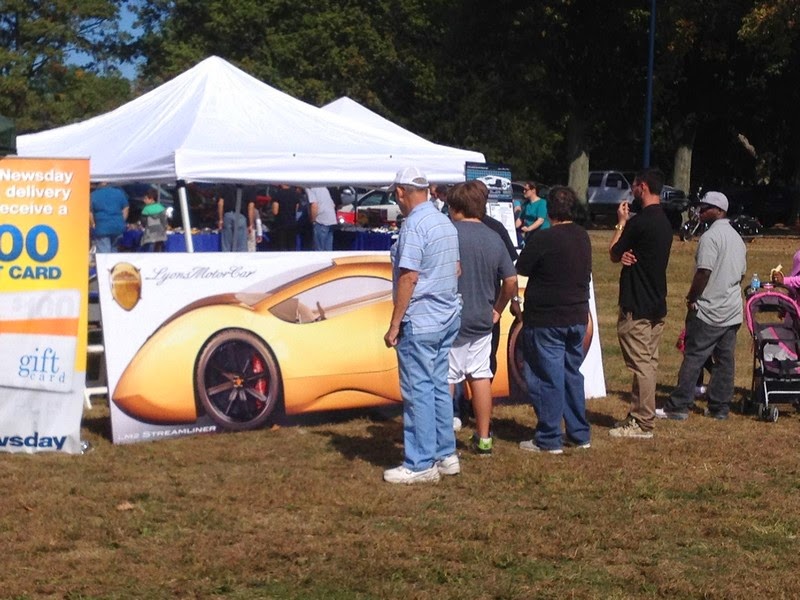 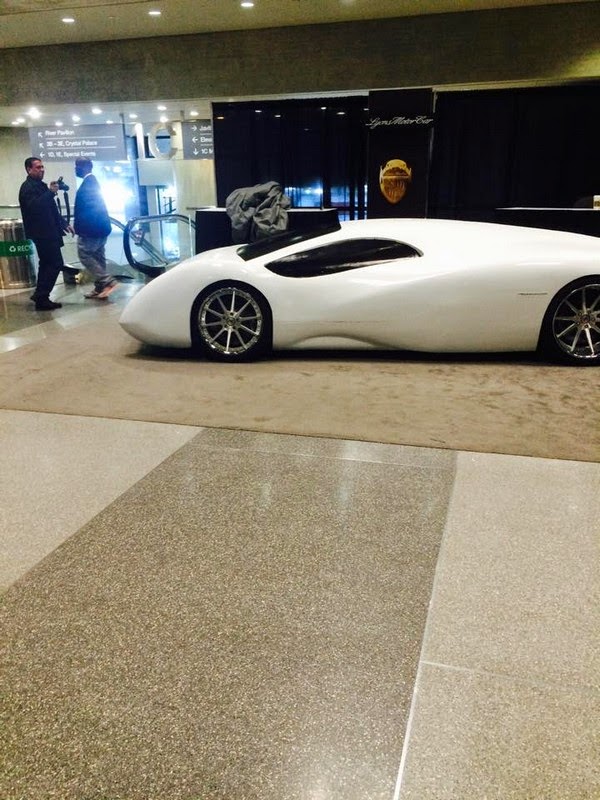 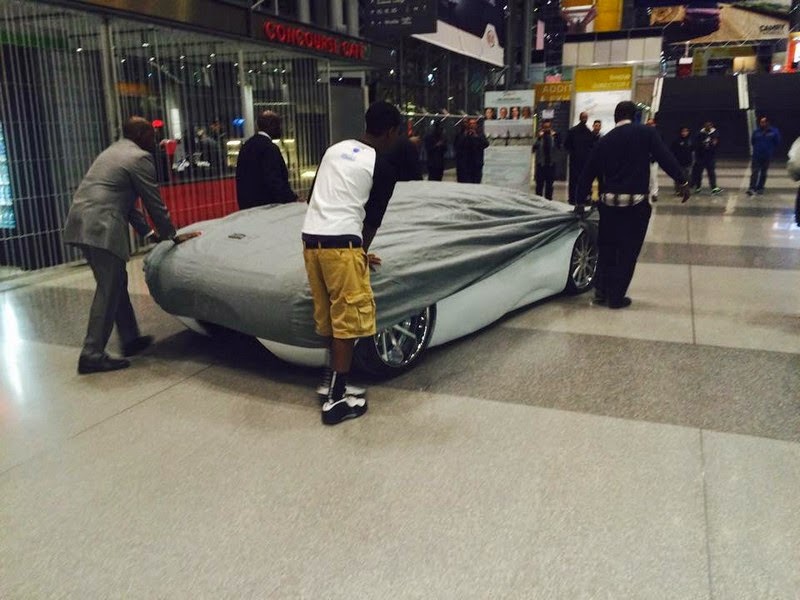 Rarely we see such eccentric and dramatic prototype supercar at one of the most important auto shows. Presented on Easter weekend, Lyons LM2 Streamliner is just like that! A car which is promised to be New York’s own supercar is not only a super sleek design, but it is said to be able to host a power plant capable of producing an enormous 1700hp! Sounds too much to be true?.. Perhaps it is!

What was actually unveiled at the New York show is a 1:1 scale model of the proposed megacar. An incredibly low (1097 mm) and very wide (2121 mm) white mock-up truly makes a good puzzle.  One may wonder where could such car hide a so powerful engine and what exactly drives its wheels? Well, the New York-based company Lyons Motor Car claims its car hides a 8.2-liter twinturbo V8 under the carbon fiber body mounted into  full length carbon fiber chassis. Doubtful enough that the unveiled model is made of carbon fiber. Surely, it still does not even have the power source installed yet, as well.

Nevertheless, the startup supercar company continues to amaze with further performance figures. The car weighing 1406 kg will be able hit 60 mph (96 km/h) in just 2.2 seconds, 0-100mph (160 km/h) in just 4.4 seconds and will be able to develop an estimated top speed on 290 mph. Right… 290 mph which equals to 466 km/h. As a reminder, a proposed top speed of the nearest megacar contender - Koenigsegg One:1 – is 440 km/h while Hennessey Venom GT smashed the Guinness World Record at 270.49 mph (435 km/h). These are incredible figures which make Lyons LM2 Streamline look like either a dark house by an unknown company or an absolutely pompous pipe-dream.

At the given moment, the New York’s supercar makes skeptical thoughts. Knowing that the car is in development since 2013, may the time to be the judge…