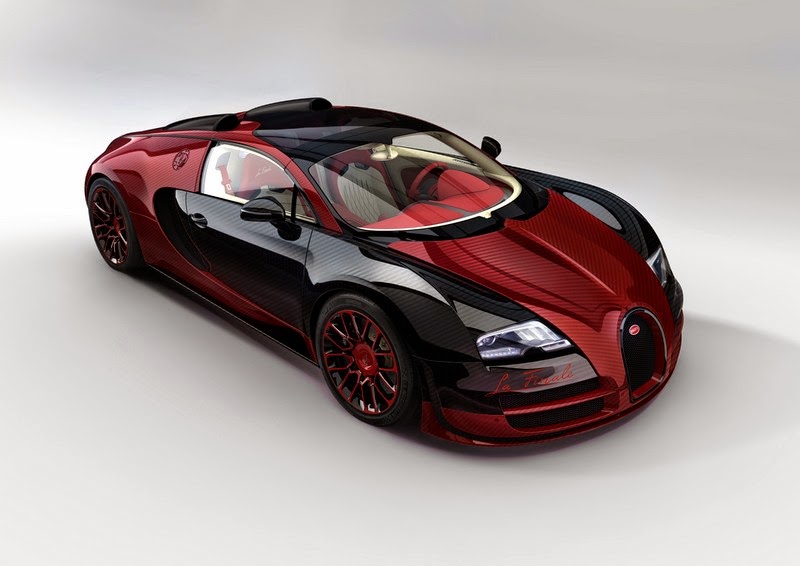 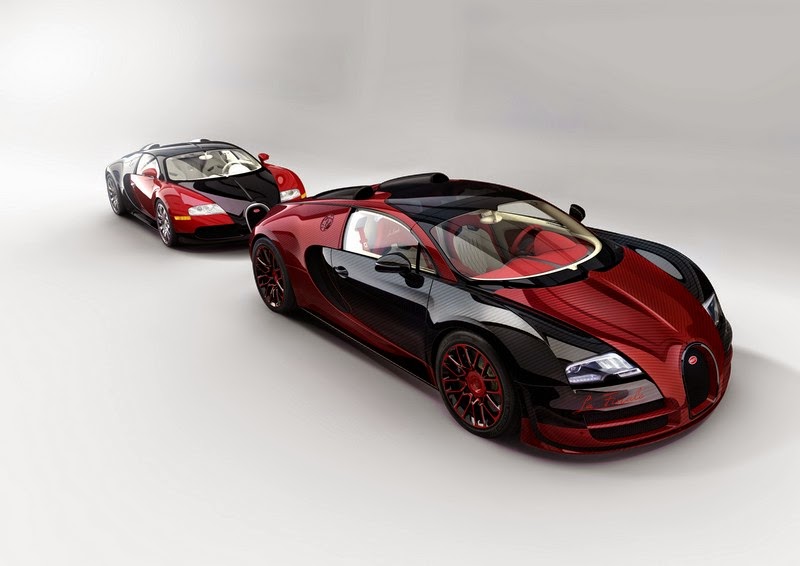 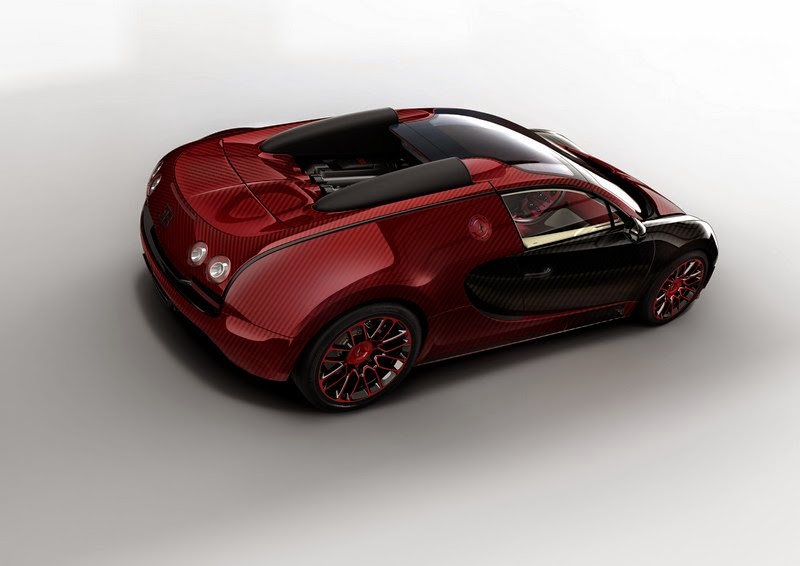 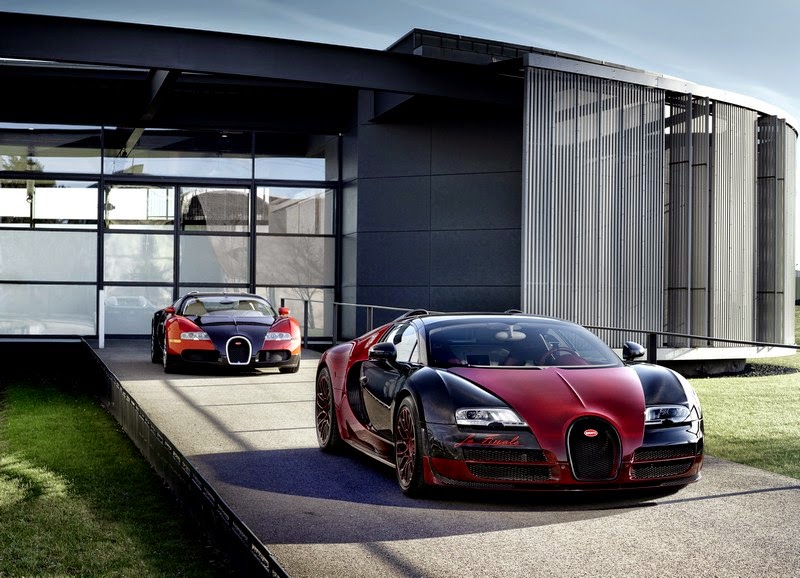 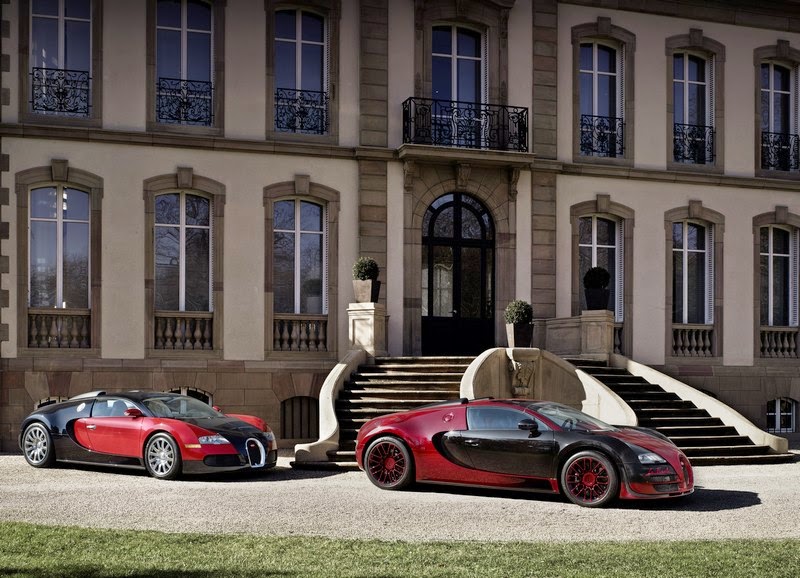 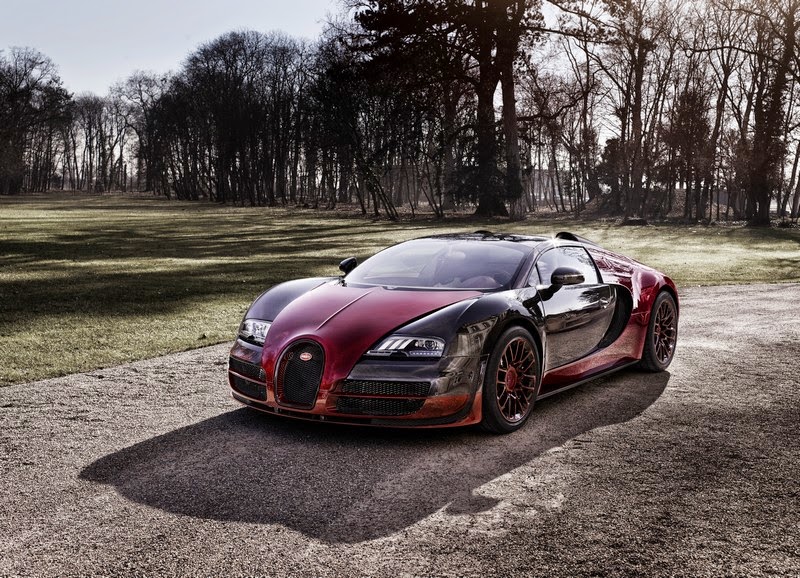 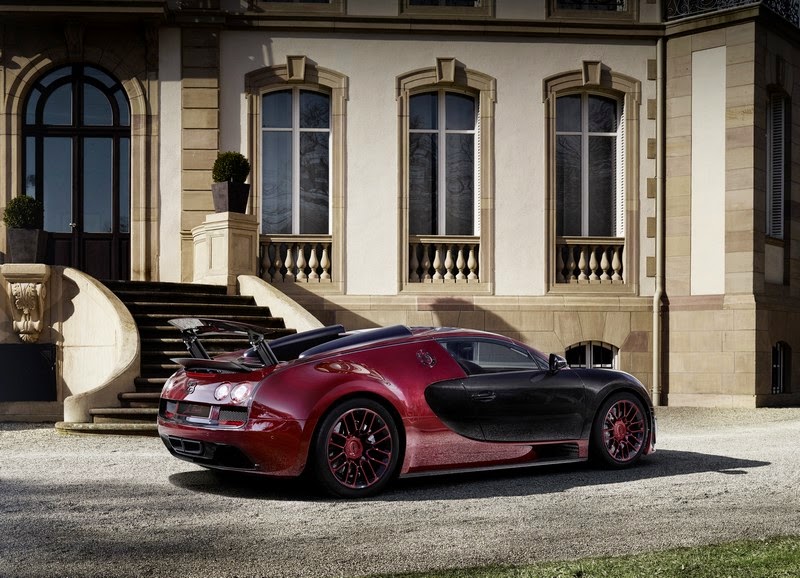 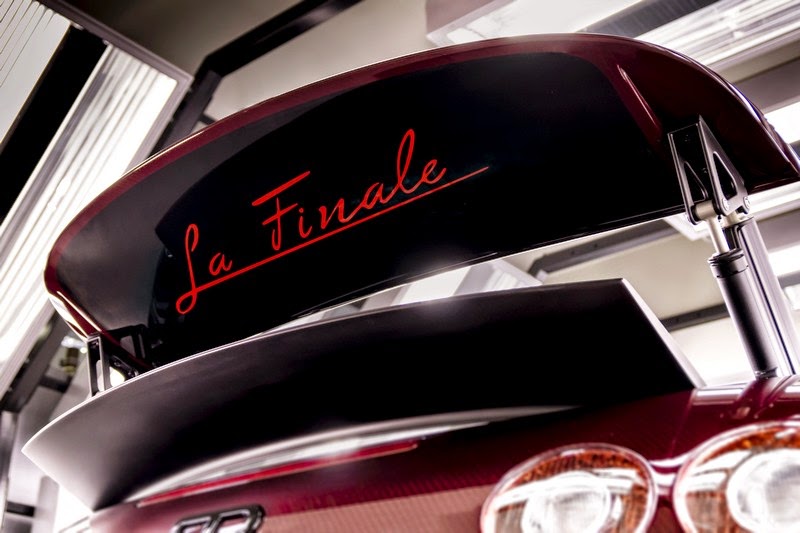 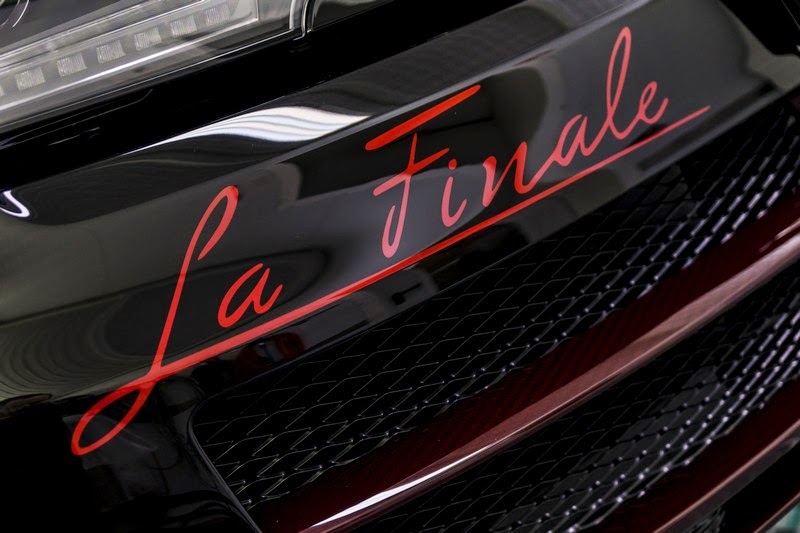 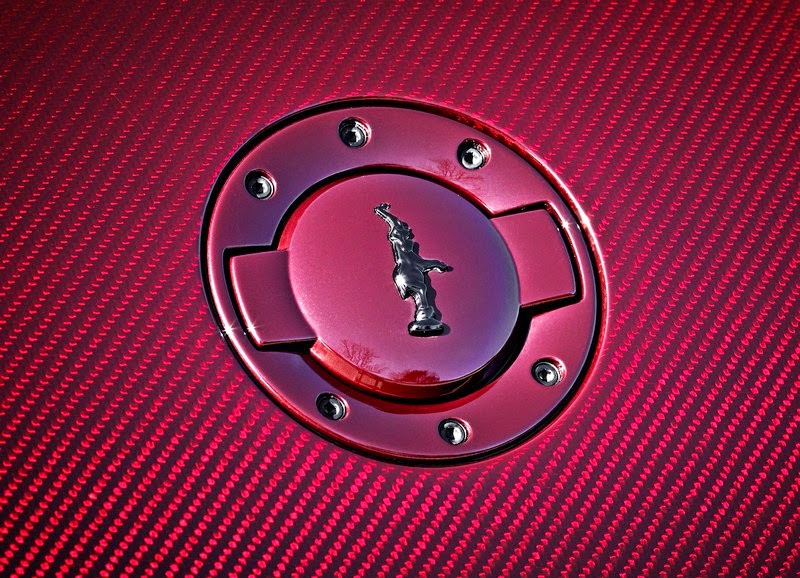 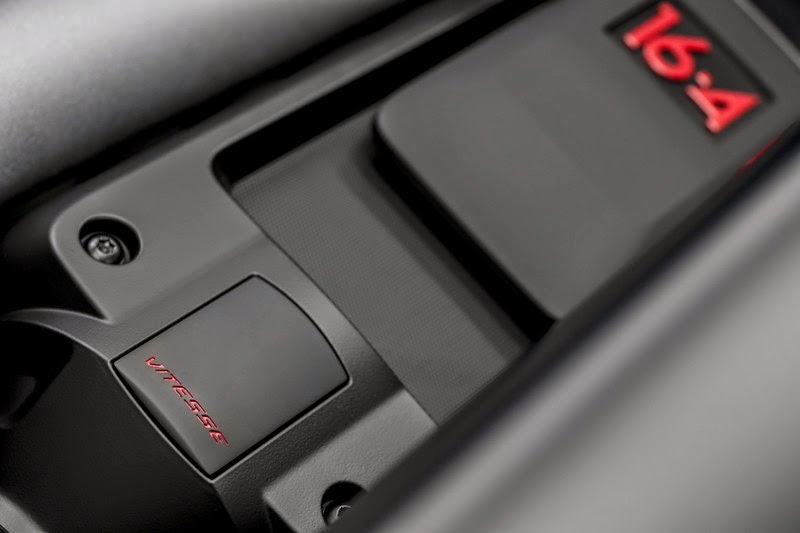 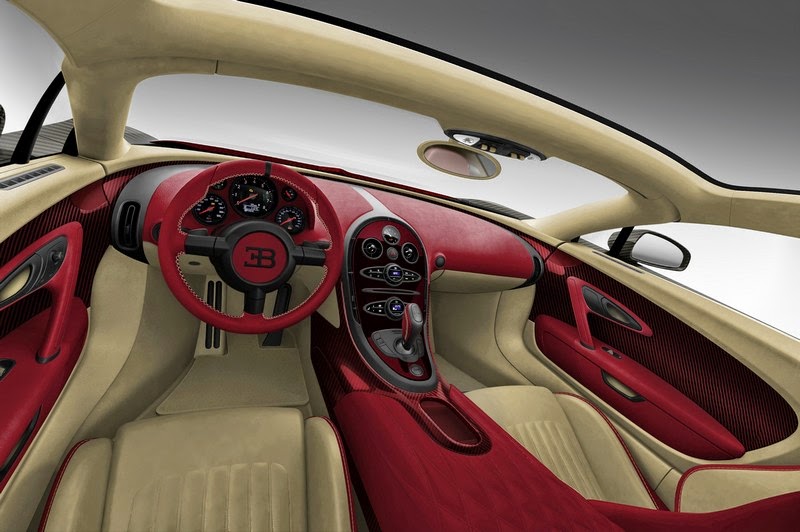 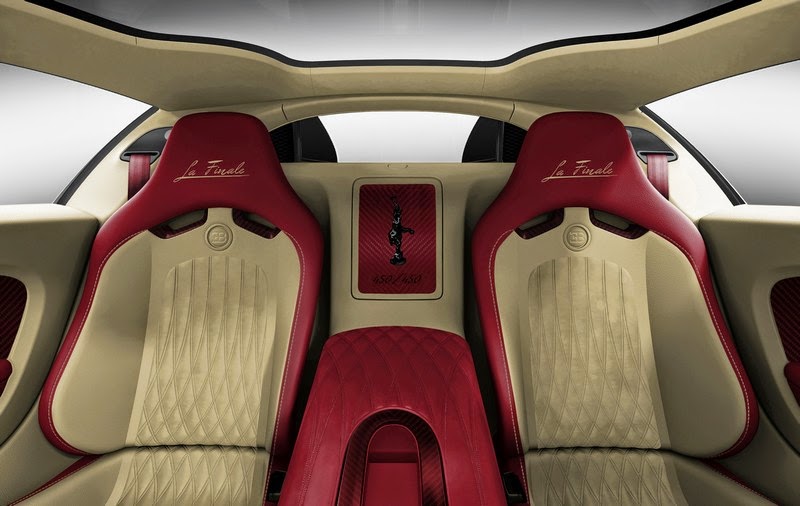 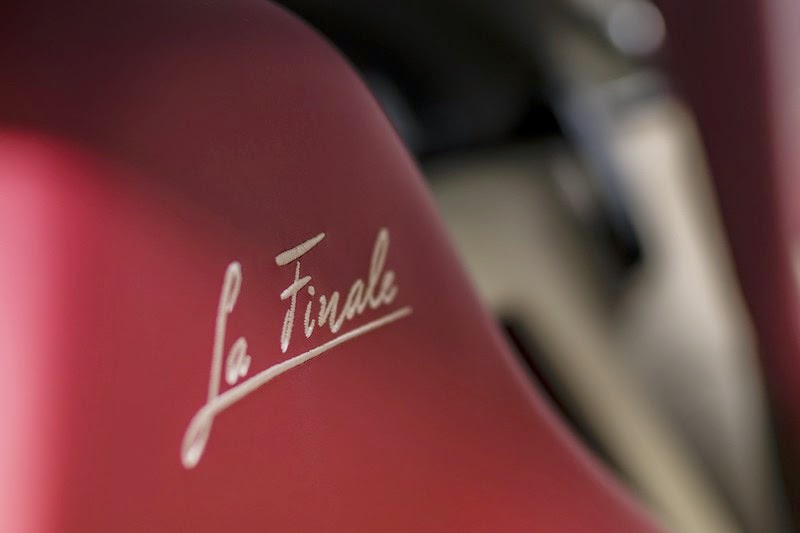 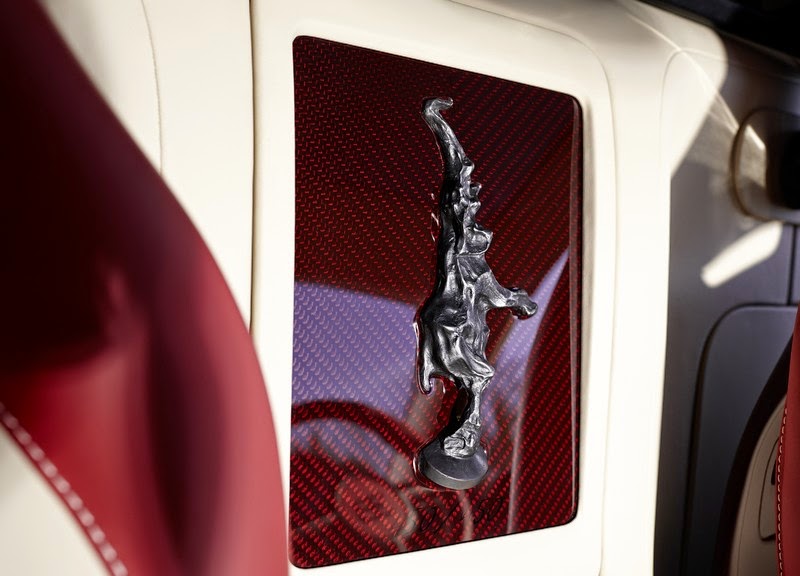 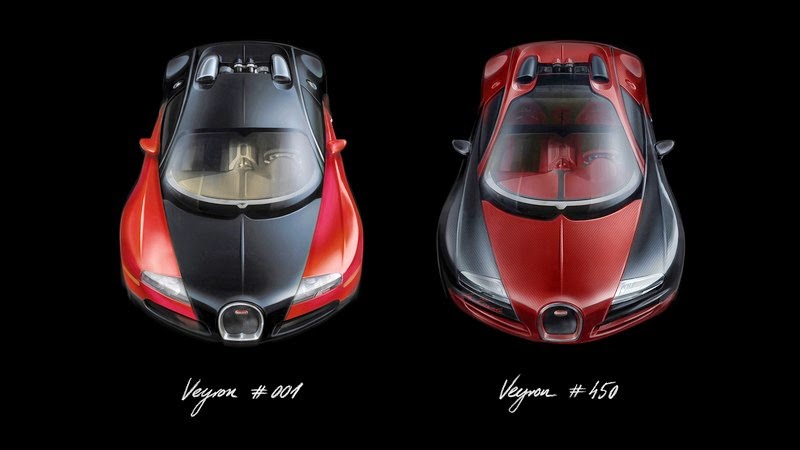 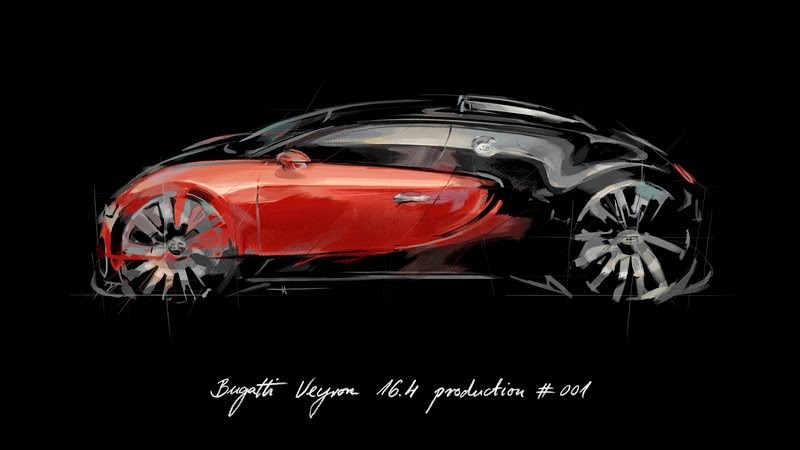 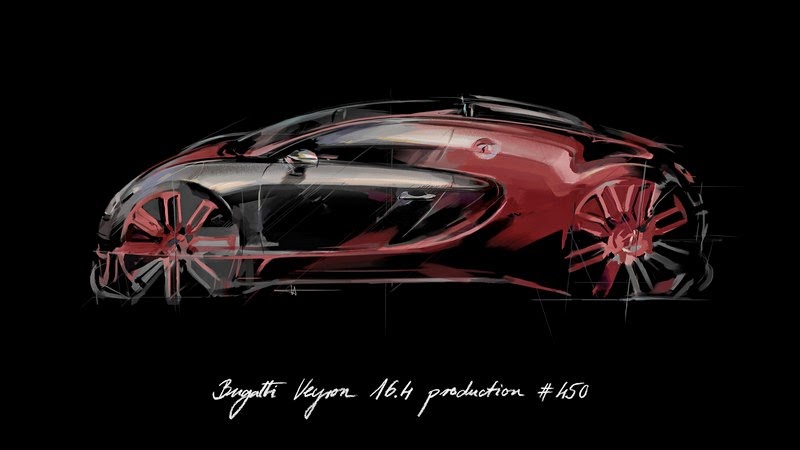 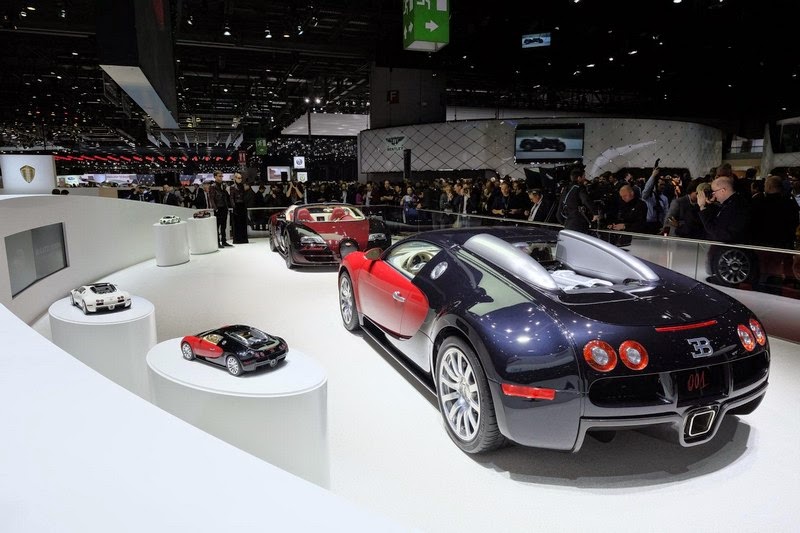 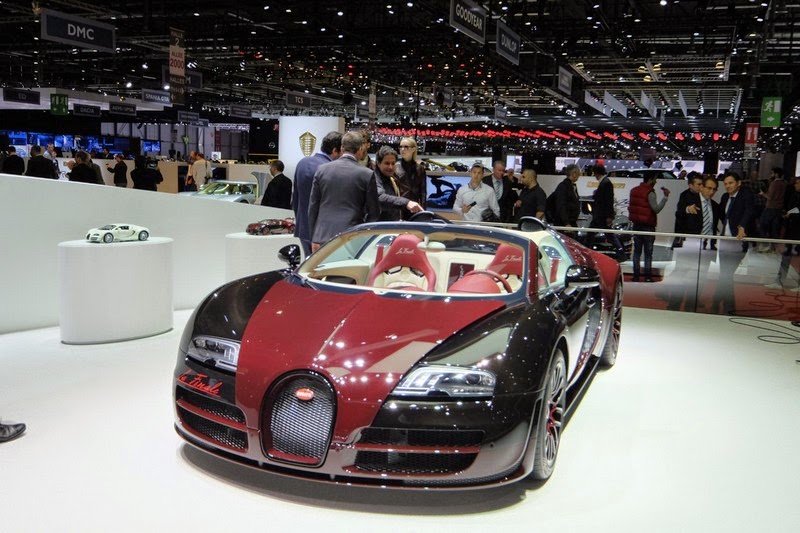 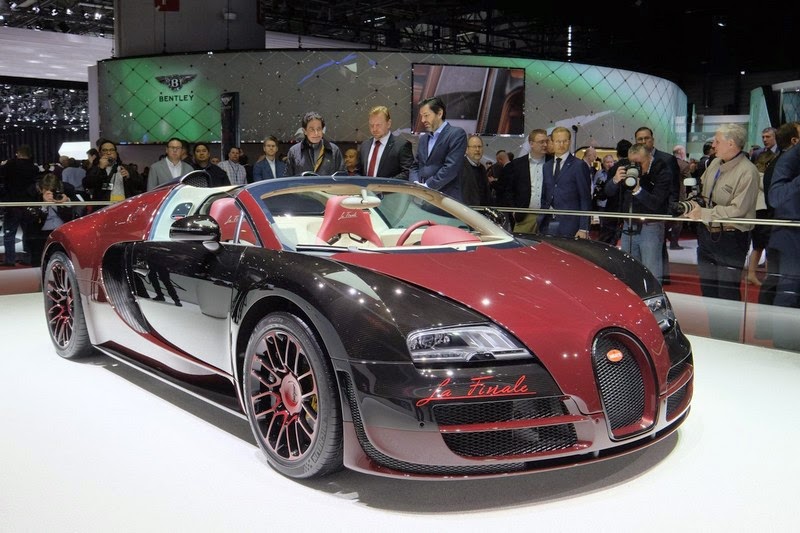 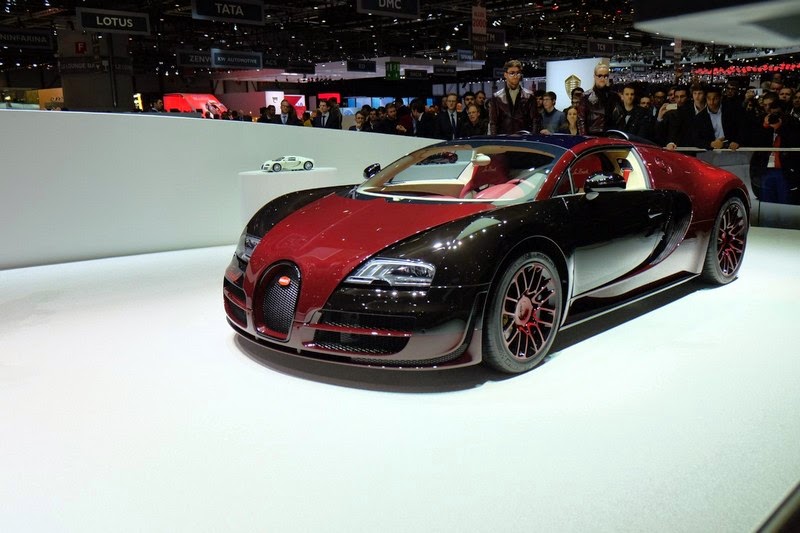 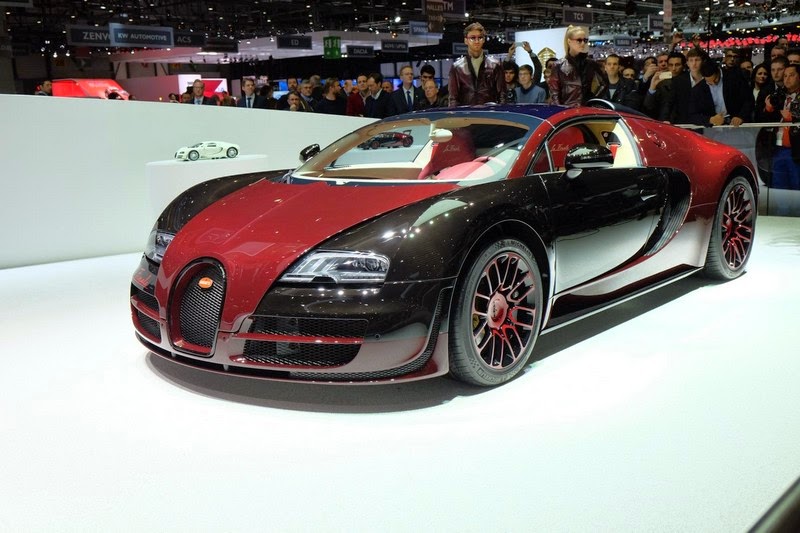 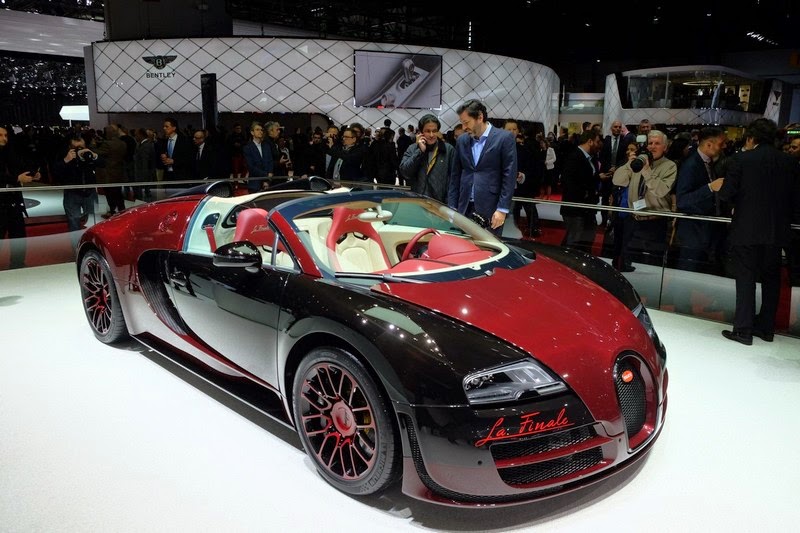 - Bugatti President Wolfgang Dürheimer: “As the most powerful and fastest production supercar in the world, the Veyron is the benchmark”

- All 450 Veyrons have been sold, marking an important milestone for Bugatti

Molsheim/Geneva, 2 March 2015. The curtain rises on an icon! At the Geneva International Motor Show, Bugatti is celebrating the Veyron, the fastest production supercar in the world whose performance has captivated legions of fans around the world since its launch ten years ago. The Veyron is limited to 450 units, which have now all been sold. The world première of the final Veyron in Geneva will mark the culmination of an unprecedented chapter in automotive history. Bugatti will showcase the Veyron 16.4 Grand Sport Vitesse “La Finale” with chassis number 450 alongside chassis number one of the Veyron 16.4 which rolled out of the company’s factory in Molsheim ten years ago and heralded the start of the Veyron’s success story.

“The Bugatti Veyron has shown that our engineers are capable of achieving a previously unimagined level of technical excellence, thereby opening up whole new dimensions in the automotive sector,” says Wolfgang Dürheimer, President of Bugatti Automobiles S.A.S. “The Veyron is justifiably at the head of the field.”

“As the most powerful and fastest production supercar in the world, the Veyron is a true benchmark,” continues Dürheimer. “With a world record speed of 431.072 km/h, it has become an icon of longitudinal dynamics.”

The development of the Bugatti Veyron represented one of the greatest technical and engineering challenges ever overcome in the automotive history. At the time, Bugatti developers were faced with four key specifications: the car had to transfer more than 1,000 PS onto the road, achieve a top speed in excess of 400 km/h, accelerate from 0 to 100 km/h in less than three seconds and – the biggest challenge of all – still be suitable for ‘driving to the opera’ in comfort and style.

In addition to its stunning performance, it is this everyday practicality and suitability for comfortable, luxurious travel which makes the Veyron so unique, and which sets it apart from all other supercars and hyper cars on the market.

This combination has proven to be a recipe for success. All of the planned 450 vehicles have now been sold: 300 coupés and 150 open-top super sports cars.

“So far no other carmaker has managed to successfully market a product that stands for unique top-class technical performance and pure luxury in a comparable price/volume range,” says Wolfgang Dürheimer. “This is an incredible success for Bugatti.”

Not only is the Veyron the epitome of premium performance and speed, it is also a prime example of timeless automotive design. The Veyron is an automotive piece of art featuring unique lines that are heavily influenced by the traditional design DNA of the Bugatti brand.

“The Veyron is a showcase for technology, design and art – in keeping with the Bugatti brand’s values of ’Art, Forme, Technique’”, Dürheimer says. Bugatti’s customers are as unique as its vehicles. “The Veyron has created an entirely new customer base for an automotive brand.”

“Alongside the certainty of owning the world’s fastest production sports car with a high degree of individual exclusivity, Bugatti customers appreciate that, by purchasing a Veyron, they become part of the history of an automobile brand that is steeped in tradition,” says the Bugatti President. “Many vehicles therefore find their way into private collections and are purchased as an investment by automotive connoisseurs.”

When it came to equipping the 450 Veyron sports cars, Bugatti did everything to fulfil customers’ wishes. For example, the body finish featuring clear-lacquered exposed carbon fibre was particularly popular. Bugatti currently supplies this finish in eight colours – more than any other manufacturer and in a quality that no other company can achieve. In addition, the French luxury brand offers over 100 different colours for the painted finishes on the carbon fibre bodies. The vehicles also feature a wide range of luxurious materials that were uncommon in the automotive field, such as porcelain, crystal, special types of leather and wood, gold and platinum. Each Bugatti configured by a customer is unique. Including options, the average price of the vehicles recently sold is €2.3 million.

It goes without saying that Bugatti is already working on the sequel to its recent success story, with development of its next model well underway. “With the next Bugatti model, we are aiming to consolidate and expand the market-leading position we have established with the Veyron,” the Bugatti President explains. “Our challenge is to make the best even better.”