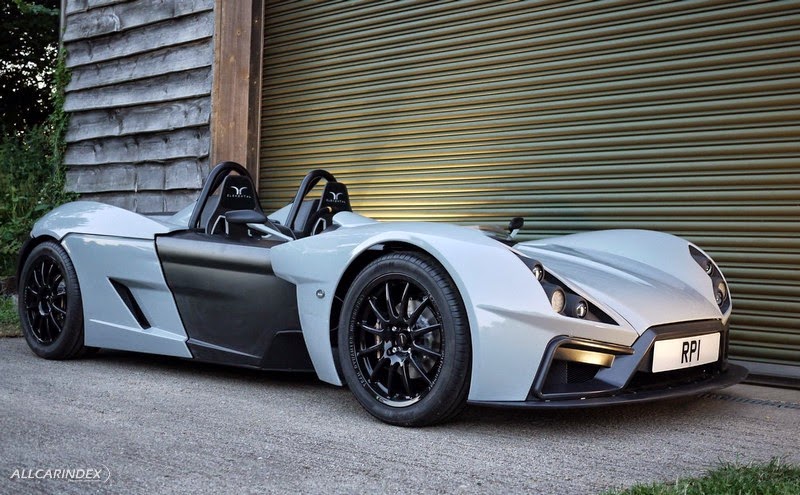 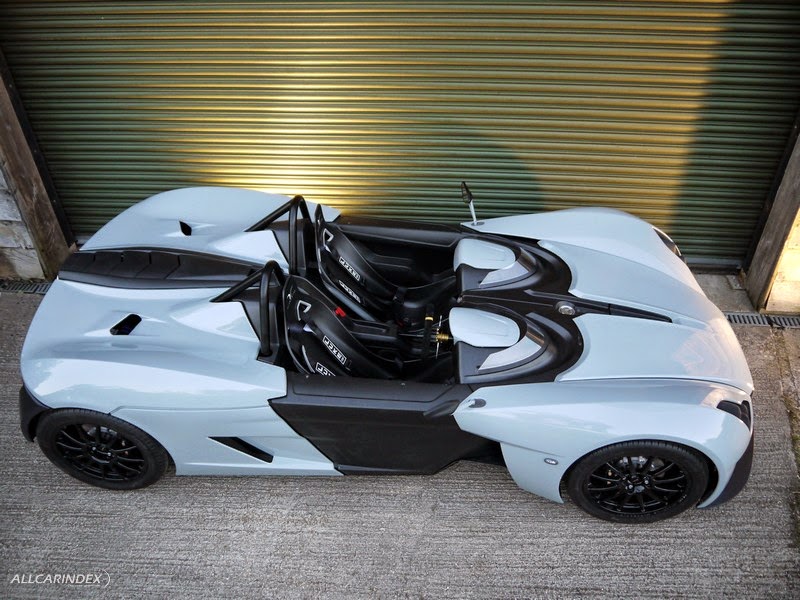 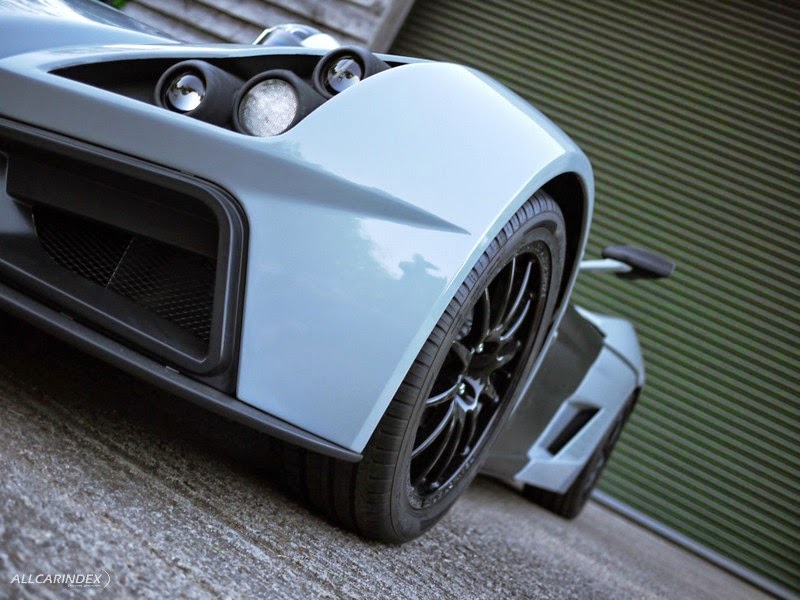 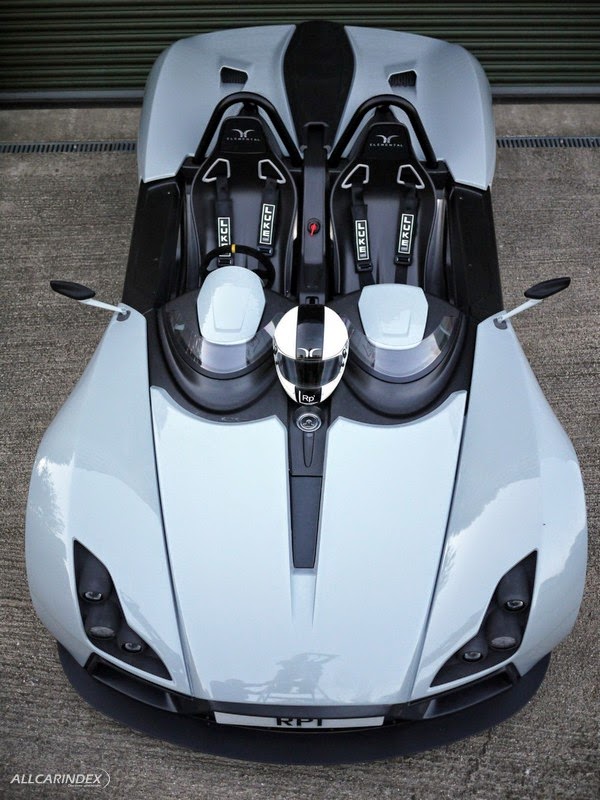 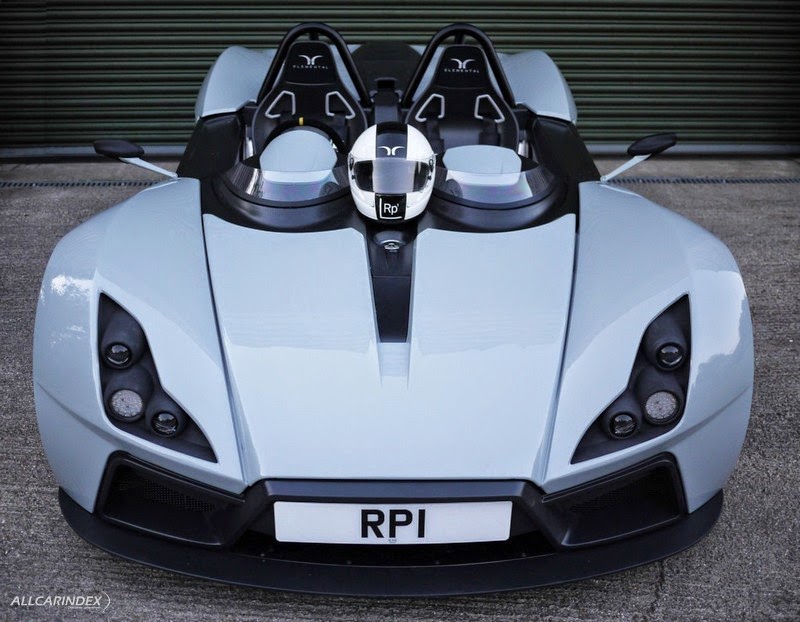 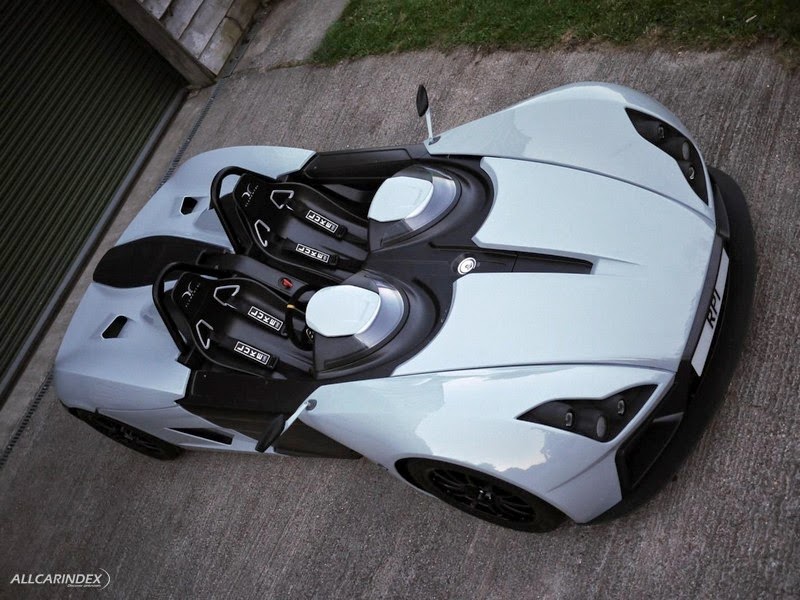 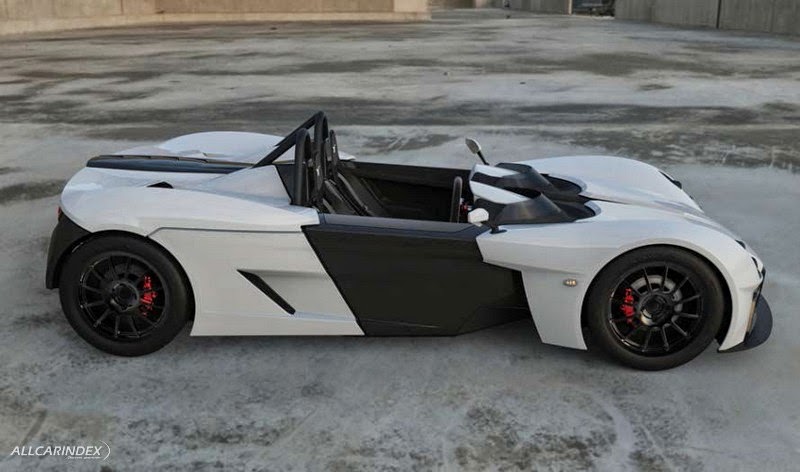 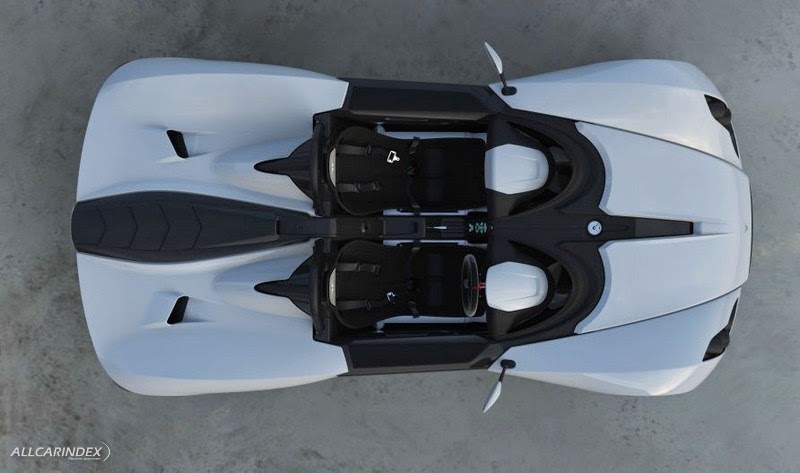 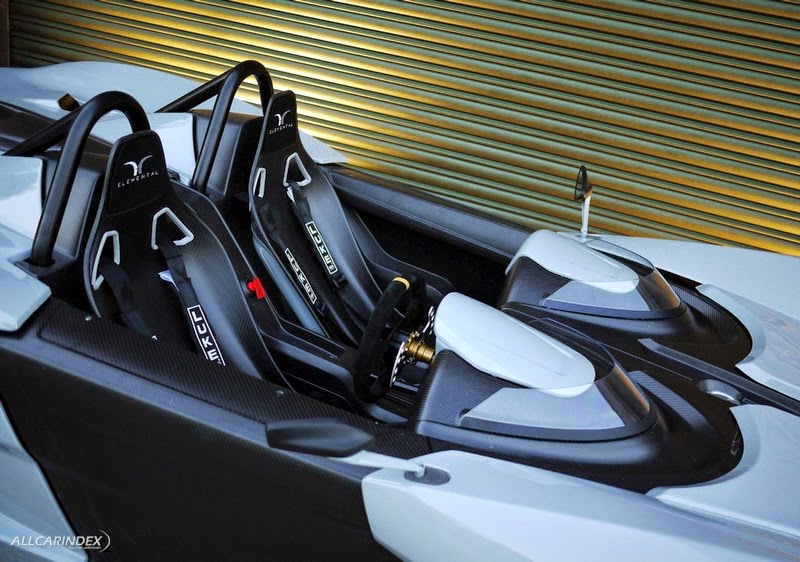 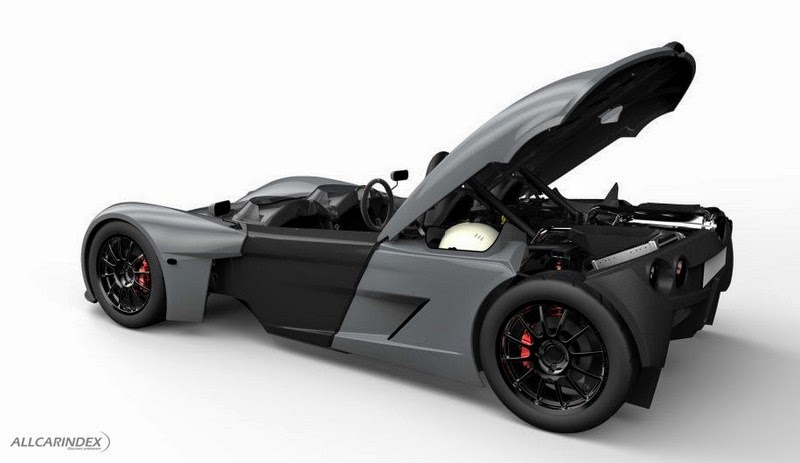 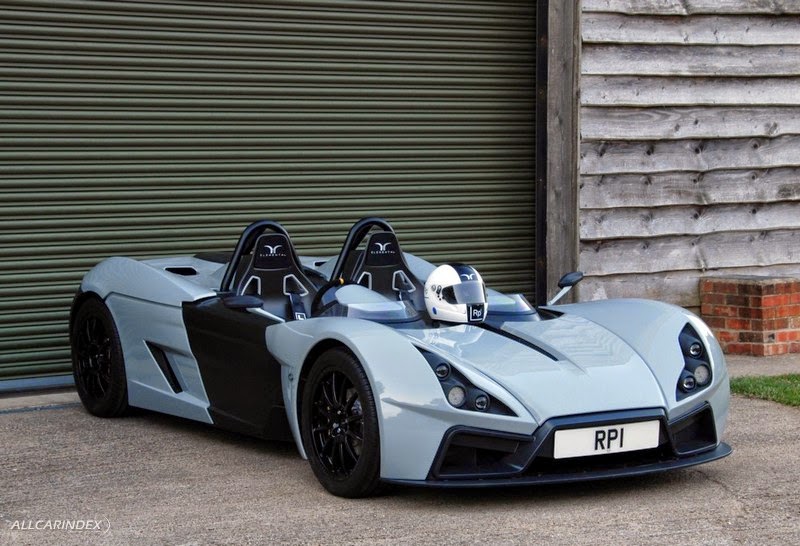 This is Elemental RP-1

This is Elemental. A new road-race car is about to be uncovered this weekend at the Goodwood Festival of Speed. However, before a global premiere, a previously teased sportscar was unveiled virtually with further details being published by this British company.

The automobile which is named RP-1 features a carbon structure ensuring both light weight and strength as well as under body aerodynamics. Thanks to the feet up seating position, the center of gravity has been pushed as low as possible, as well.

On the rear subframe is a longitudinally-mounted 2.0 litre EcoBoost engine tuned by AER/Life racing for a maximum power of 280hp. This power aggregate is coupled with a paddle shift Hewland 6-speed sequential transmission. Thanks to the innovative “cassette”-style engine mounting system, alternative power options become available such as a three-cylinder Ford 1.0 litre EcoBoost or even 1-liter Honda Fireblade engine.

In addition to that, Elemental Cars designers have developed an easily adjustable chassis which will allow driver to modify RP-1’s settings from road to race conditions and vice versa with ease.

The exterior design of the car is a pure speedster. It is a neat sportscar whose clear lines form a GT silhouette. A good balance of classic and modern has been achieved with the RP-1. It is a real driver’s car for those wishing a true sense of performance and for those who take driving enjoyment as a priority over comfort. Anyhow, the Elemental car is not Spartan at all. Its central dash display enables a control of main options. The RP-1 is also equipped with LED lamps all around – headlights, indicators, brakes, tail lights and daytime running lamps. There are also two luggage sections on the rear compartment of the car for helmets and other racing stuff.

The company aims to begin deliveries of first race cars in the first quarter of 2015 while roadcars should reach customers by the end of the first half of 2015. The price tag is not yet available, but Element Cars claims that it “will be competitive”. A world premiere of the RP-1 takes place at the Goodwood Festival of Speed starting 26th of June.

The Rp1 is an open top, road legal, mid engined sports car that incorporates state of the art road and race car technologies. Designed, Engineered and Built by a team with decades of experience in the Formula One and Supercar industries, it brings the concept of a road legal track car firmly into the 21st Century.

The Rp1 will be revealed to the public for the first time, this weekend, at the 2014 Goodwood Festival of Speed, where it will located in the Moving Motor Show tent “First Glance” display.

At the heart of the car is a unique, lightweight, structural, carbon-composite tub that reflects modern race car design, offers class leading torsional stiffness and features a Formula One style “feet-up” driving position. The design allows for significant underfloor downforce aerodynamics and fully tune-able, vehicle dynamics, whilst enabling a 46:54 weight distribution (on the RP1 GT) and a super-low centre of gravity.

The Tub, developed with assistance from the UK Governments’ Technology Strategy Board (TSB), features an innovative modular construction with an aluminium composite sandwich floor and bulkheads, and carbon fibre composite sidewalls, central spine and dash panel. The use of aluminium in the flat panels and carbon fibre in the moulded panels creates an efficient, lightweight, high strength, core to the car. The front bulkhead carries the mounting points for the front sub-frame, steering and suspension, while the rear bulkhead is the mounting structure for the rear sub-frame and roll hoops.

The rear subframe features a “cassette”-style engine mounting system that allows various powertrains to be offered. The production development vehicle, XP2, is powered by a Ford  to give a power output of 280bhp. The engine is longitudinally mounted and mated to a paddle shifting Hewland 6-speed sequential gearbox, with a limited slip diff and alternative gear sets an option for the racing customer.

Other engine options offered at launch will include a tuned version of the award-winning three-cylinder Ford 1.0 litre EcoBoost, which will provide both supercar performance and super-mini levels of economy and emissions, and a “Superlight” track-focussed model incorporating the 999cc Honda Fireblade powerplant.

The Rp1 chassis dynamics have been designed with ease of access and adjustability the foremost considerations. Thus one person can make any adjustment they need, without assistance, with just a couple of spanners and an Allen key.

One of the core guiding principles behind the Rp1, was to enable someone to drive across country to their track of choice, quickly adjust the vehicle dynamics to their requirements, drive to their limit, unencumbered by a road going set-up and then adjust everything easily back for the drive home.

The exterior design of the Rp1 is an unashamedly contemporary GT race car aesthetic. The carbon tub is exposed as the centrepiece of the car with the front and rear body panels “shrink-wrapped” over the wheels and mechanical package.

Viewed from above, a visual raw carbon fibre spine runs through the middle of the car from the hood radiator duct, through the tub between the driver and passenger and over the engine to the brightly polished central exhaust outlet.

The highly formed, structural, tub dash-panel wraps around the driver and passenger and houses the central engine start button and the multifunction dash display. The dash display features a wealth of custom options supported by GPS, G-load sensors, data logging and a CAN data signal feed straight from the ECU, which allows the driver to monitor a multitude of powertrain variables.

The dash options are controlled from an LED backlit, central switch panel, which also contains the main lighting switches, the front bonnet and rear deck release switches and the vehicle key barrel. The car has a Thatcham approved immobiliser linked to an electronic key, making all of the electrics, and hence all switches, inert when the key is not present.

Halogen projector headlights illuminate the night-time road ahead while indicators, brakes, tail lights and daytime running lamps are all LED for enhanced brightness and durability. The LED fog-lamp can be easily replaced by an MSA approved LED rain lamp.

The longitudinal powertrain installation has allowed us to create two large secure luggage pods on either side of the engine, with ample space for crash helmets, track day gear etc.

Bespoke, carbon fibre race seats incorporating 4-point racing harnesses and removable seat pads have sufficient adjustment built into the seat design, along with the highly adjustable pedals, to allow the car to accommodate drivers up to 6’6” in height.

Elemental Cars are planning to build a limited number of GT-Cup spec race cars in time for the 2015 season, then road car production will be ramping up for the first customer deliveries by early summer. The prices have not yet been confirmed but will be competitive compared with cars of a similar performance, technology and quality.