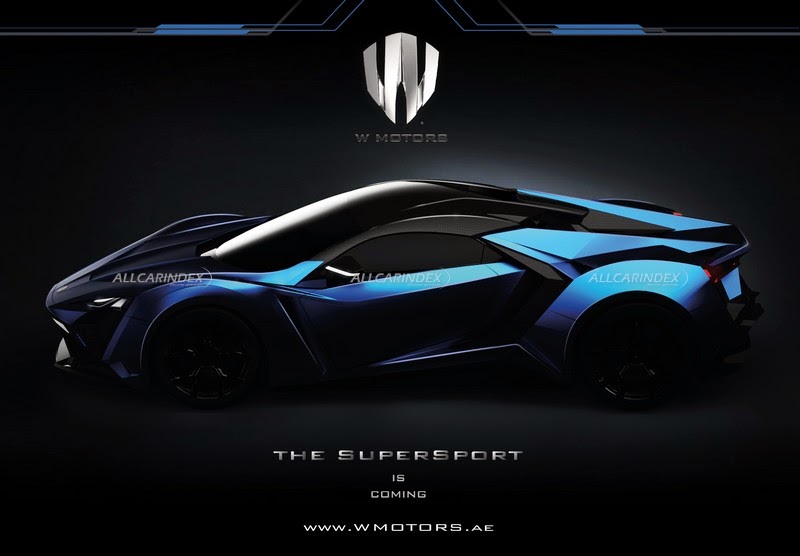 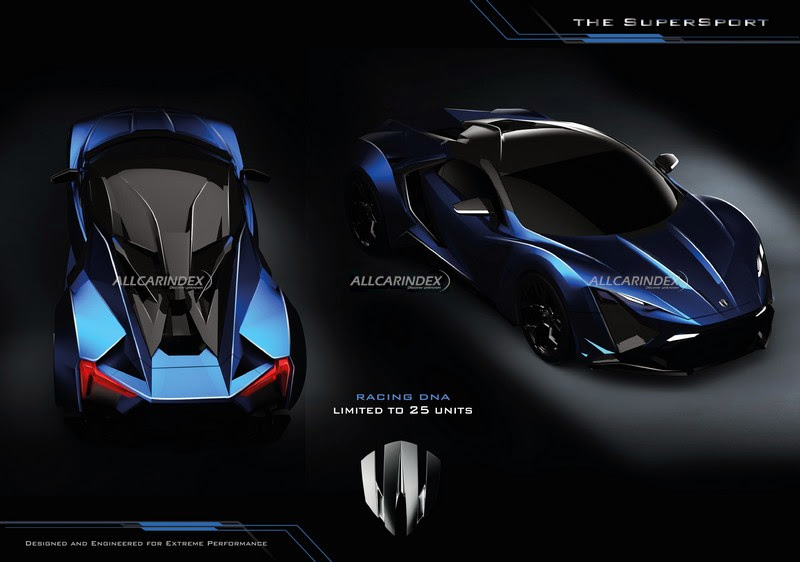 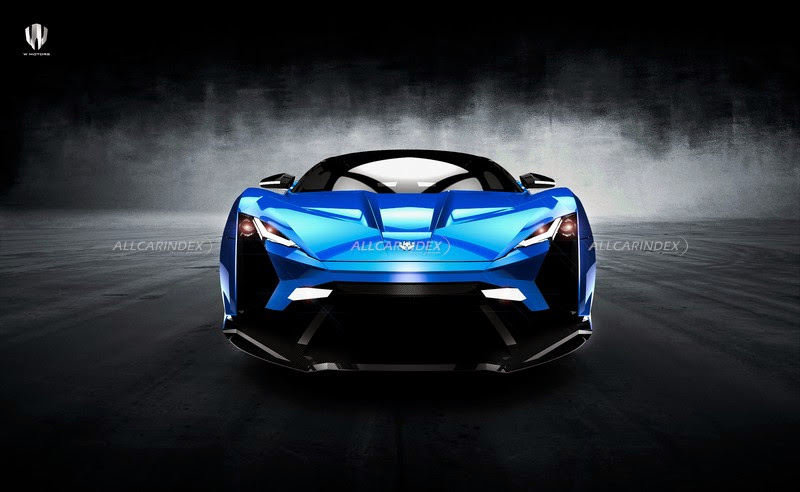 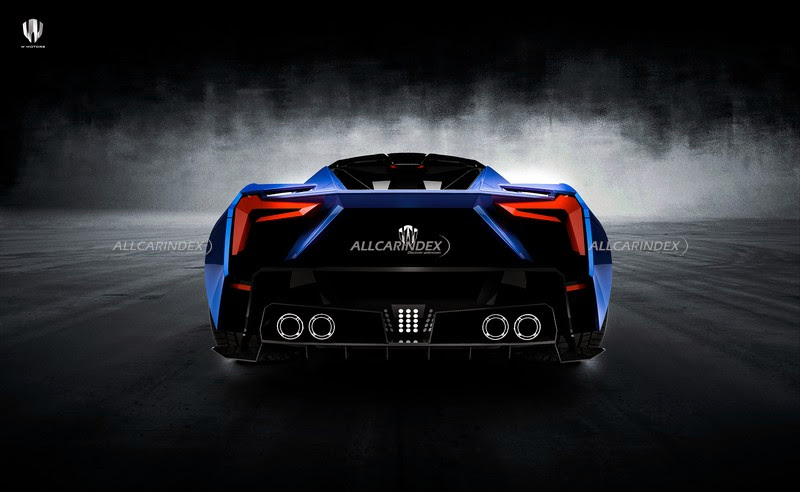 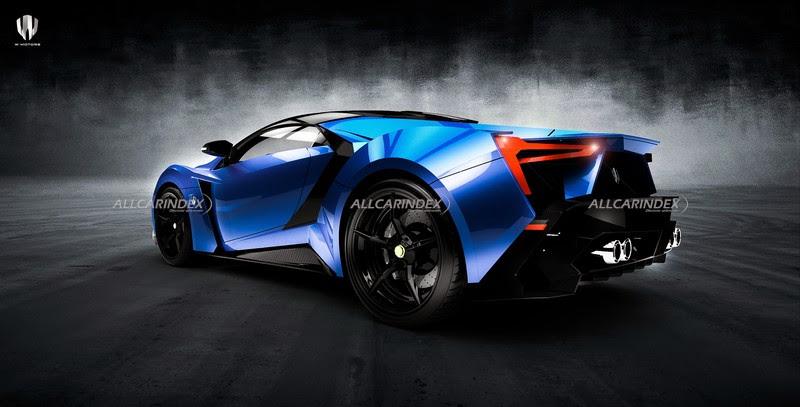 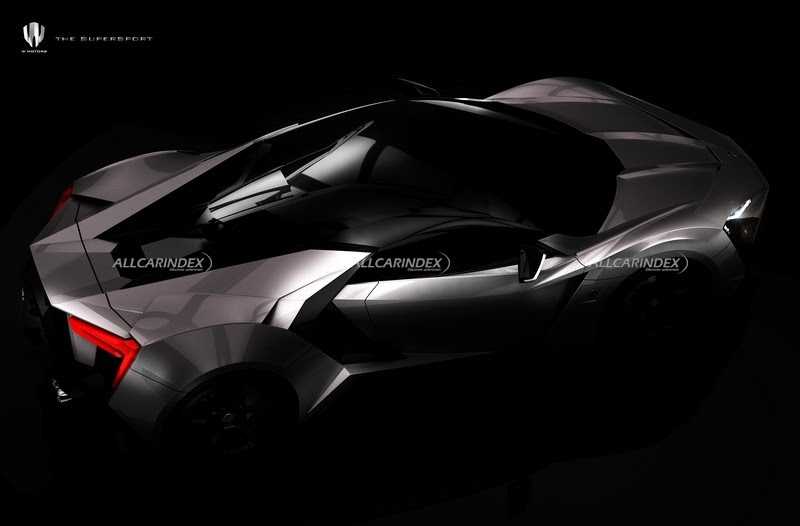 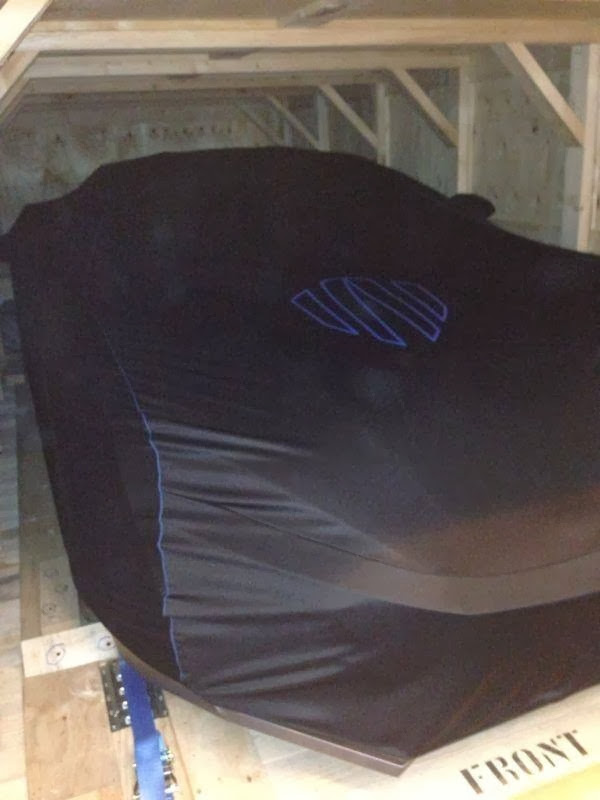 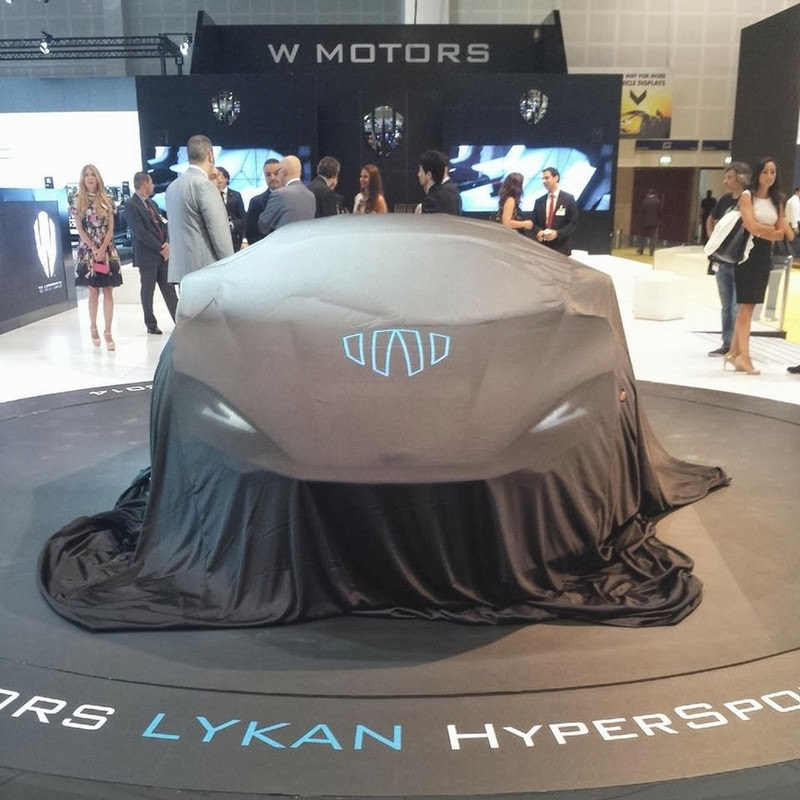 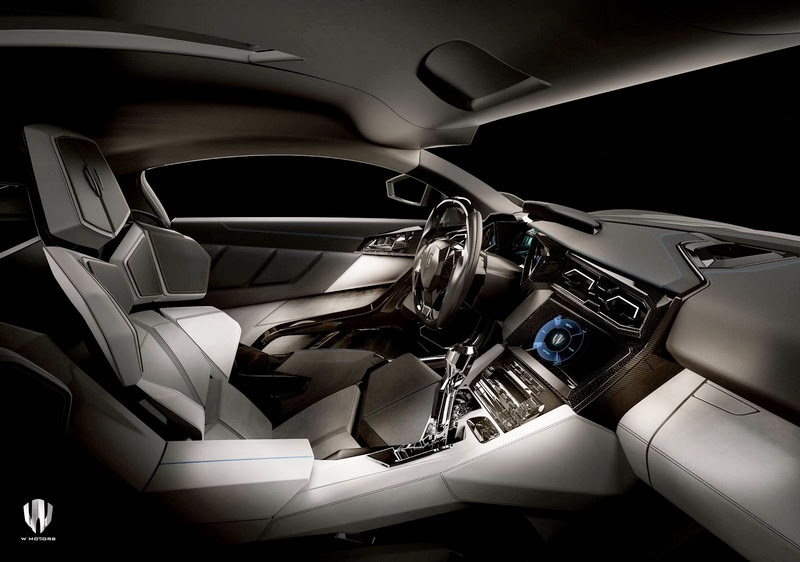 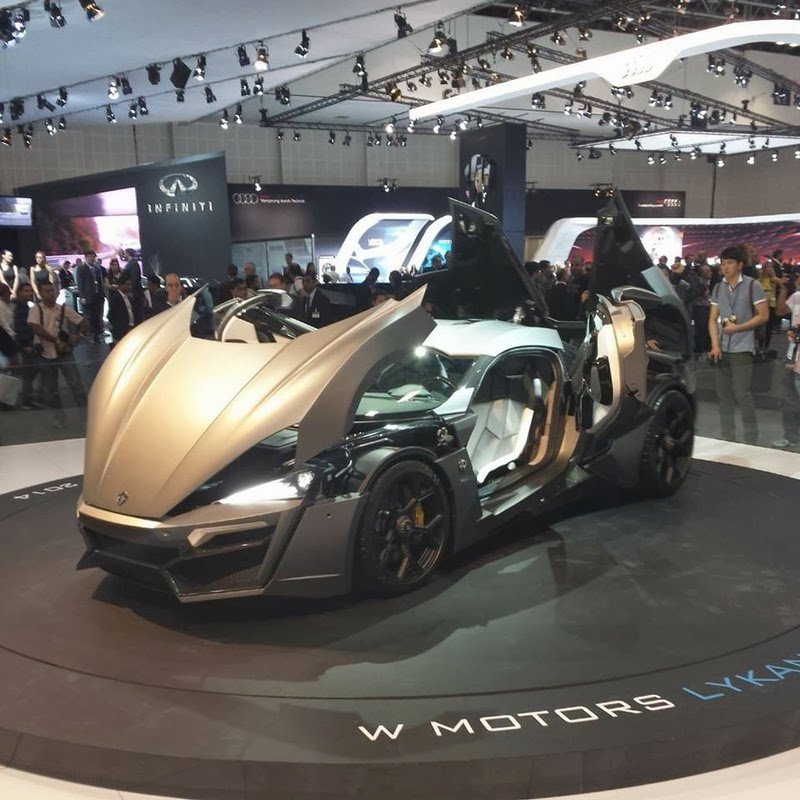 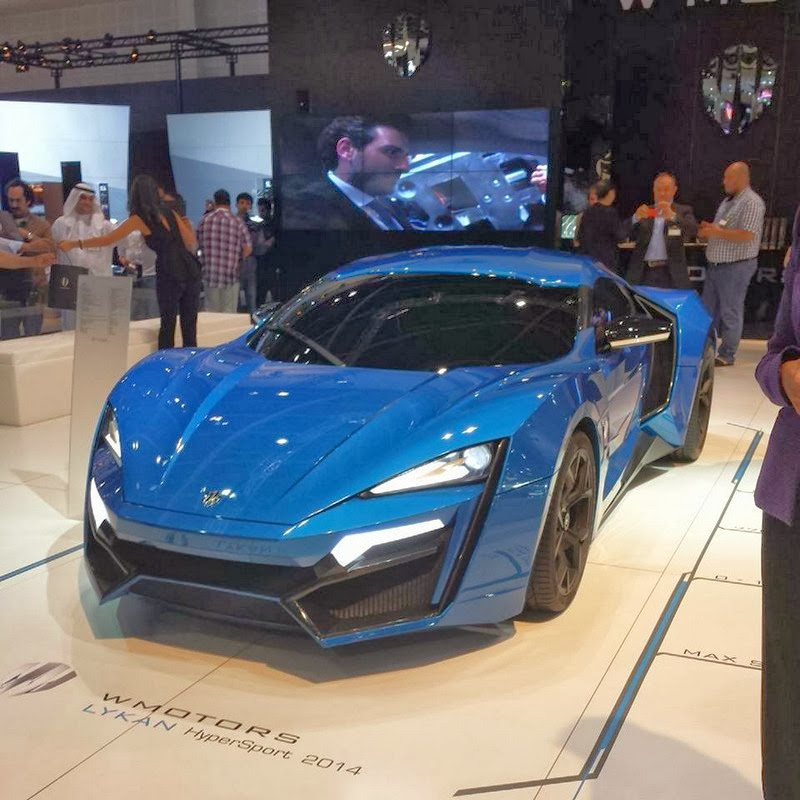 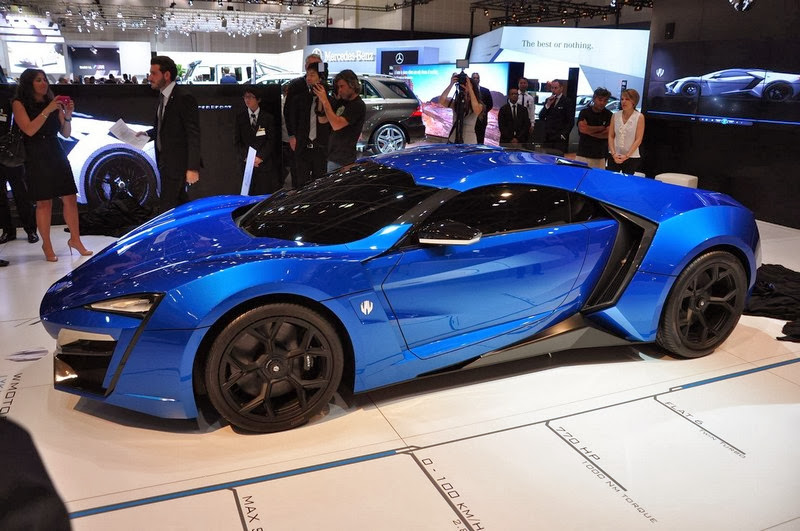 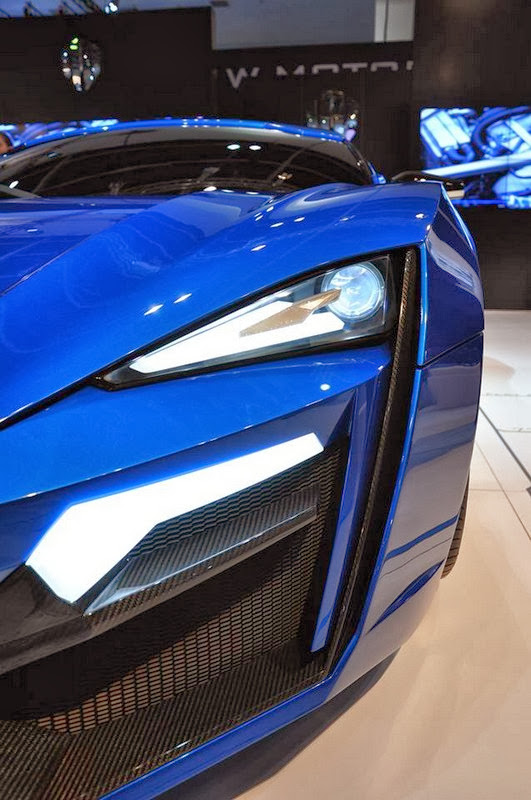 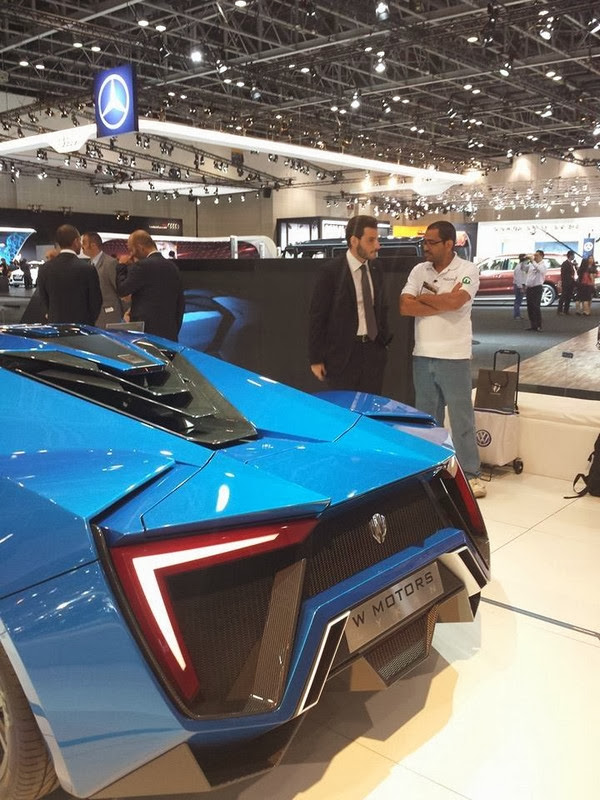 Having demonstrated a 1:1 static model in January, W Motors has proudly uncovered a pre-production version of the Lykan HyperSport 2014 at the Dubai Motor Show. The super rare Arabian “wolf” has created a new niche for ultraexpensive, highly exotic and especially rare automobiles. Only the richest enthusiasts and collectors of top performance cars can pretend to the clientele of W Motors. The lucky seven of future owners of the Lykan will get a truly unique piece of automotive art. Not only a high performance car, but a sculpture crafted of the most advanced material available in the world today.

Each HyperSport unit will get a mid-rear mounted flat six, twin turbocharged 3.6 engine capable of developing 750 hp at 7100 rpm and to deliver a maximum torque of massive 910 Nm at 4000 rpm. These huge amounts will be transmitted to the road via a 6-speed sequential or a 7-speed dual-clutch transmission. Thanks to a low kurb weight of just 1380 kg, the Lykan will leap into 100 km/h in just 2.8 seconds while the proposed top speed is around 395 km/h.

The dark grey painted fully functional prototype model which bowed under the light of the Dubai Motor Show is indeed striking. Its design is controversial, but it looks like nothing else on the market now and this fact should be well accepted. As it has been proudly announced, the Lykan HyperSport will get a unique front light system system of diamond-encrusted Titanium LED Blades. A total number of 420 diamonds (15ct) will be used for every single model. In addition to the interior comfort elements like trip computer and premium sound system, the W Motor’s model also features absolutely unique 9-inch hologram display with interactive motion and gesture recognition. Inside, each lucky owner will also find a limited-edition Cyrus Klepcys watch. This specially designed $200.000 masterpiece will be built in a series of just seven examples. Each one is dedicated only for future units of the Lykan HyperSport. All this exclusiveness combined into a one statue of nowadays top class engineering and design has its own price. A price tag for a single Lykan model is $3.4 million USD. Extraordinary! Moreover, there are rumors that three orders are already placed.

In addition to the unveiled functional car, W Motors also demonstrated a 1:1 model of the Lykan painted in Saphyr Blue – a really outstanding choice. Finally, the company unveiled first design images of its upcoming new model currently named the SuperSport. A new model will arrive sometime in 2015 and will be placed under the Lykan. Stay updated regarding all future new of W Motors!

Unveiled at the Dubai International Motor Show, the first Arabian Hypercar "Lykan HyperSport 2014" is all set to conquer the world

The stunning car, which will be ready for delivery by the first quarter of 2014, was introduced at the show in the presence of Middle East Motorsport Petrol-head, GT Champion Prince Abdulaziz Turki Al Faisal (ATF). A vehicle-testing portion took place after the event in the UAE along with the world - renowned official professional drivers from Ruf Automobile Germany. Already attaining milestones, the Lykan HyperSport will soon make its official Hollywood Debut as it features in one of the most famous and eagerly anticipated Hollywood franchises, which will be filmed in the UAE. W Motors S.A.L has also partnered with several international names for the development of the Lykan HyperSport such as Magna Steyr, StudioTorino, Ruf Automobile, University of Tokyo and ID4Motion in the technical field and Cyrus Watches and Quintessential^ lifestyle in the luxury segment.

Speaking out on the momentous launch, the CEO of W Motors, Mr. Ralph Debbas said, "A year ago we have seen a dream turn into reality with the launch of W Motors, today this dream is shared with the whole world, witnessing the birth of the first Arabian Hypercar; the Lykan HyperSport is born..."

A real marvel, the Lykan HyperSport comes with a plethora of unique features. A Flat 6, Twin-Turbo Mid-Rear engine, engineered with the perfect balance between power, torque and speed, offering 770HP and 1000NM of torque along a 6 speed Sequential or 7 Speed Dual Clutch transmission, 0 to 100 KM/H in less than 2.8 seconds with a maximum speed of 395 KM/H. It also features a one of a kind holographic display with interactive motion and tactile interaction, an advanced ID4Motion dashboard and a uniquely developed reverse mechanical doors system. Adding a touch of modern luxury, the "Lykan" comes with Diamonds and Sapphires encrusted LED lights, a 24h/24h Global Elite concierge service provided by Quintessentially Lifestyle and a unique patented design Cyrus Klepcys watch dedicated to "Lykan" owners only.

Post the successful Dubai international Motor Show launch, W Motors has decided to conduct the final testing on ground in the UAE which will feature private track days with professional race drivers along with several other regional events that will all be carried out to stylishly launch the Arabian Stallion.