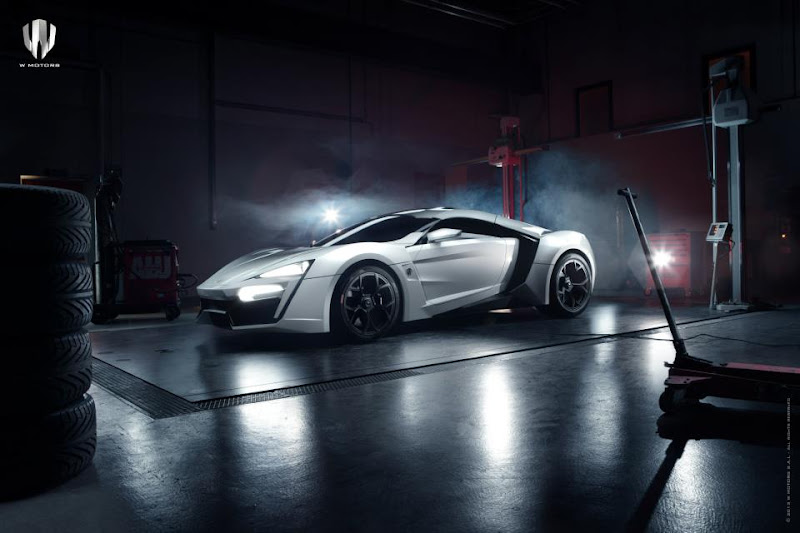 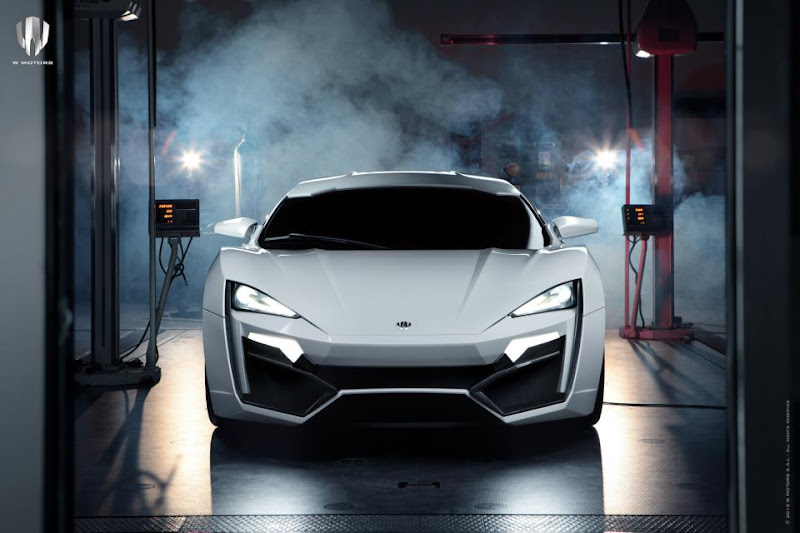 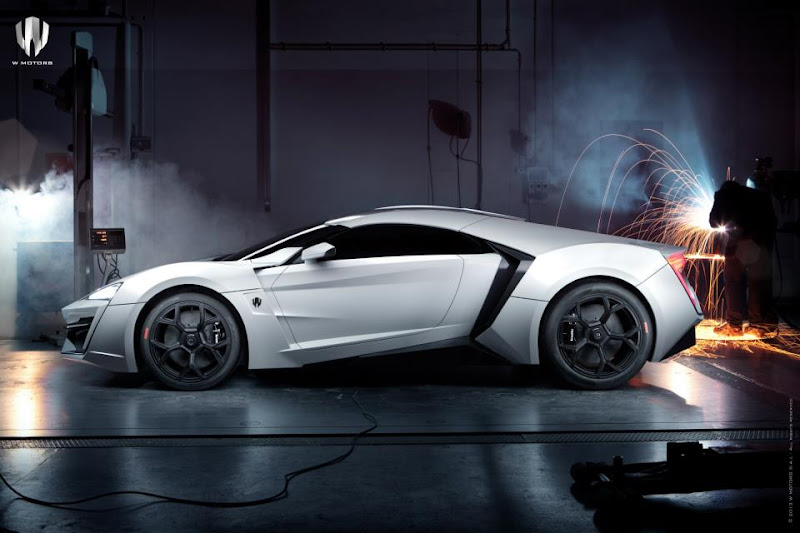 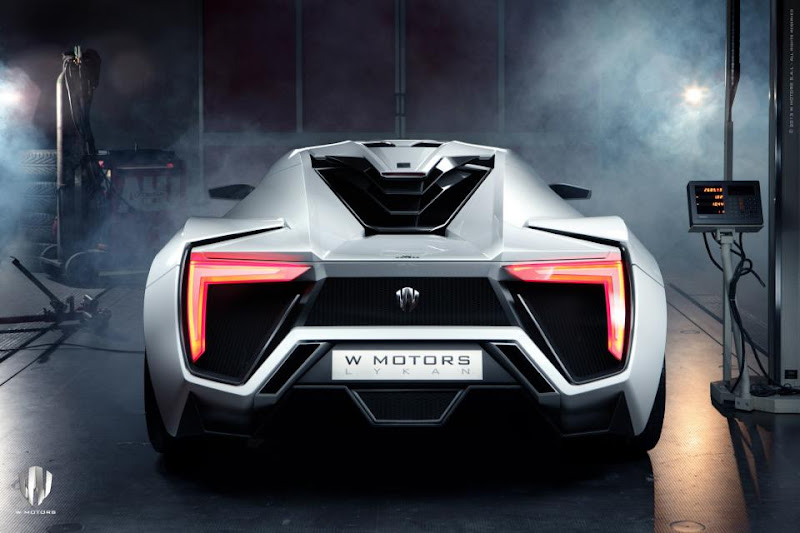 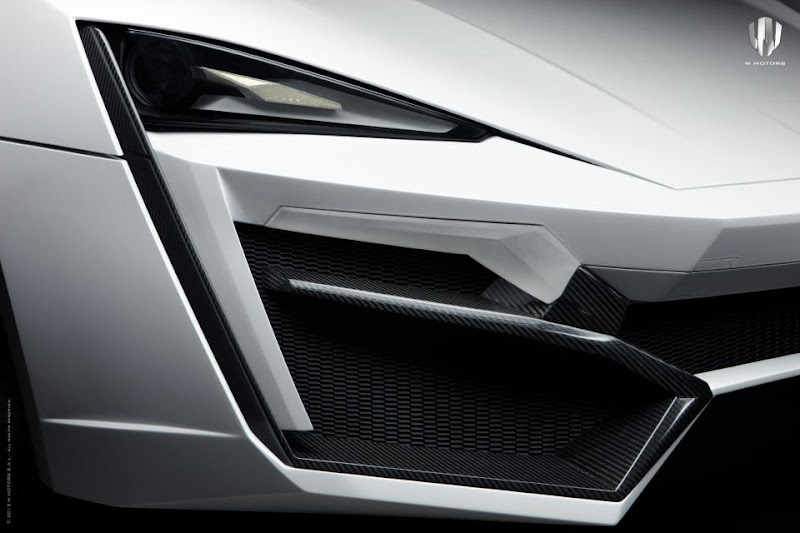 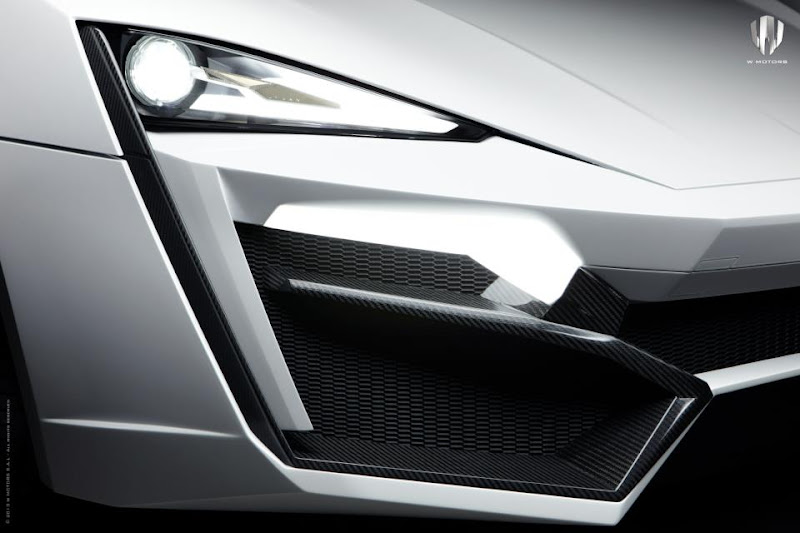 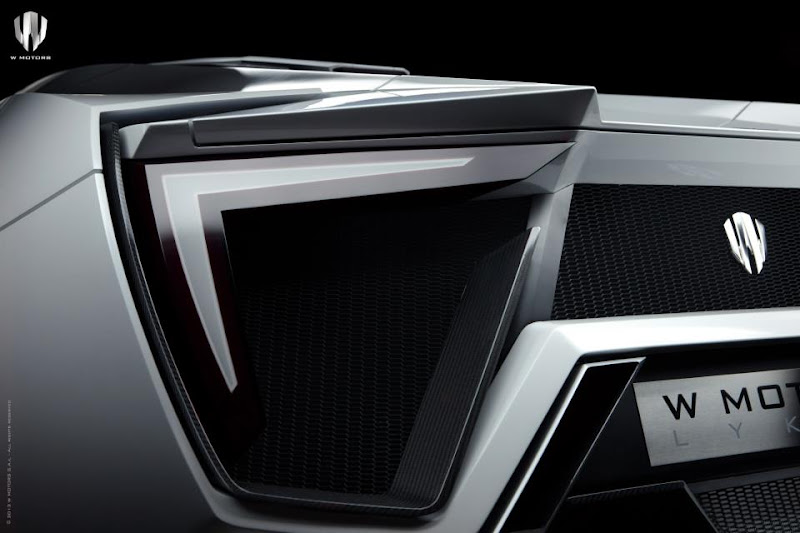 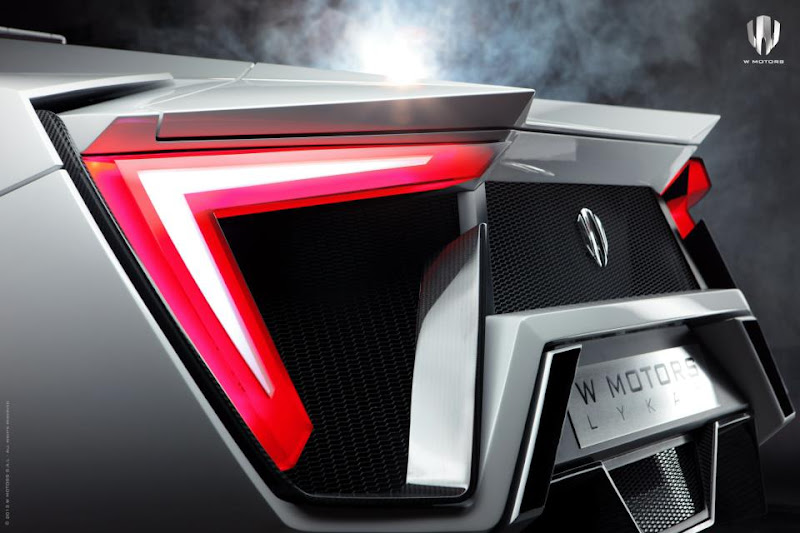 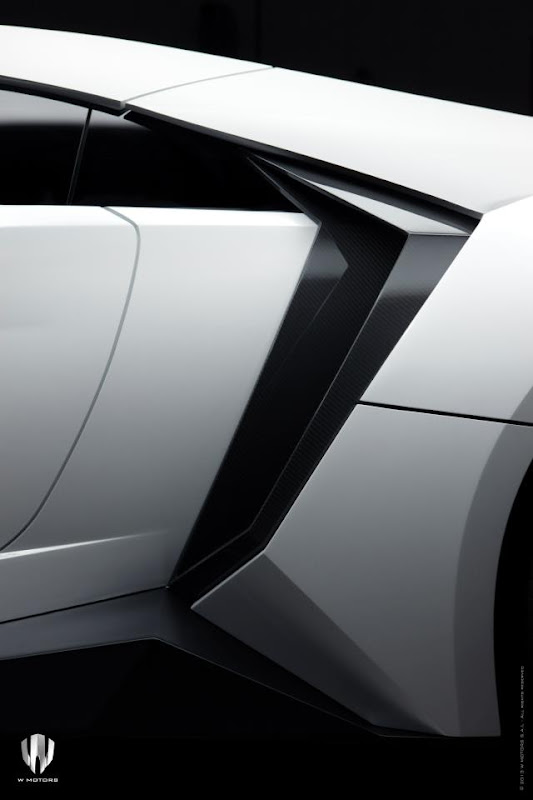 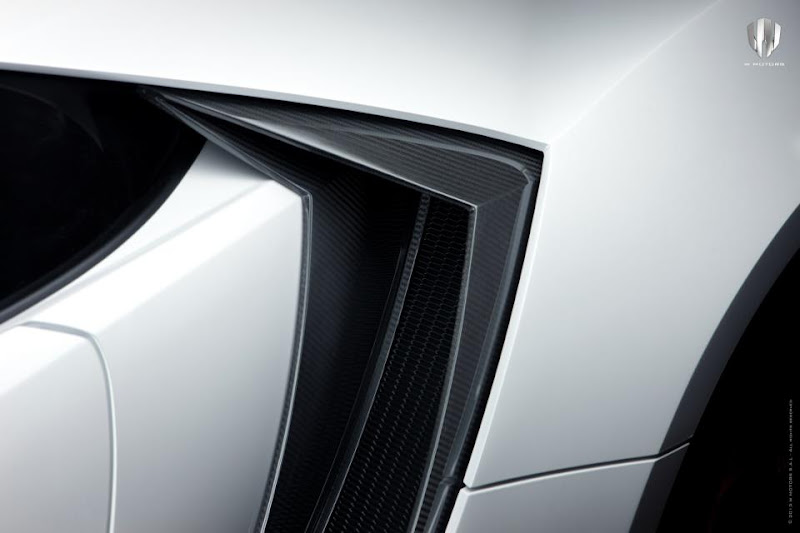 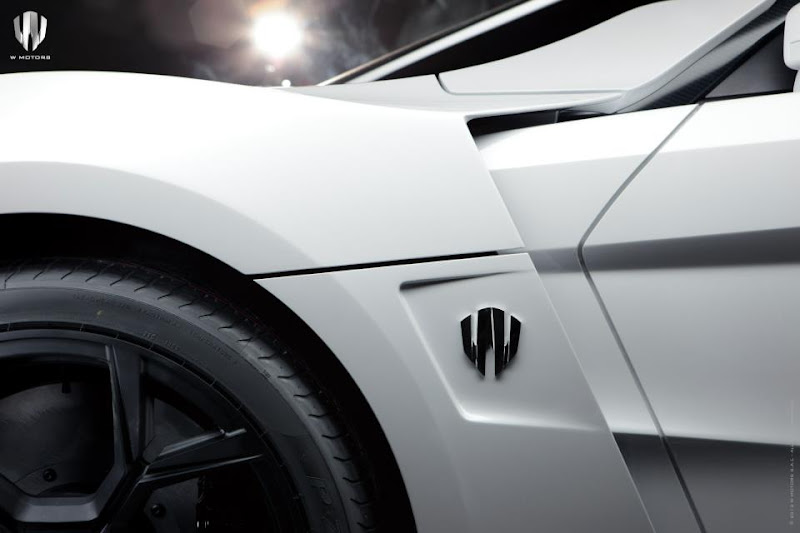 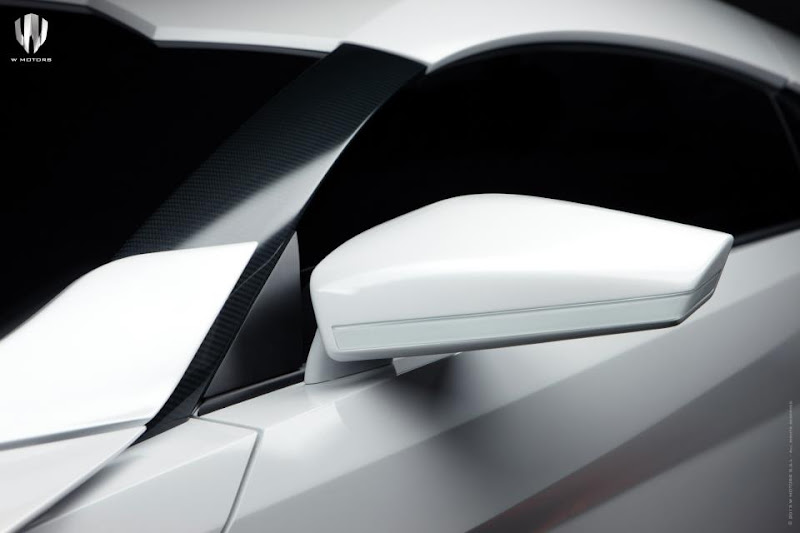 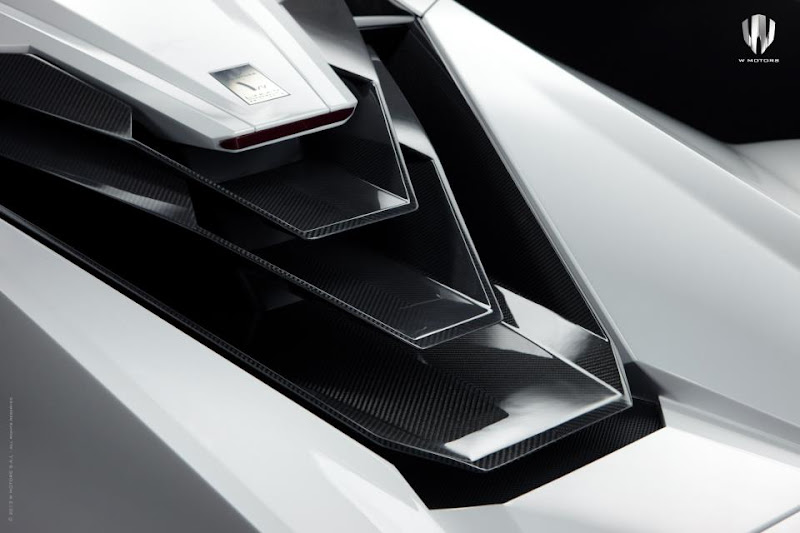 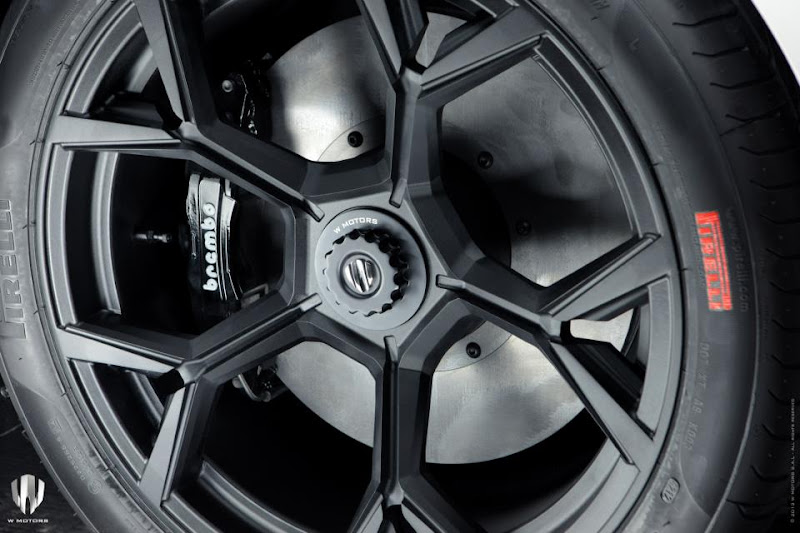 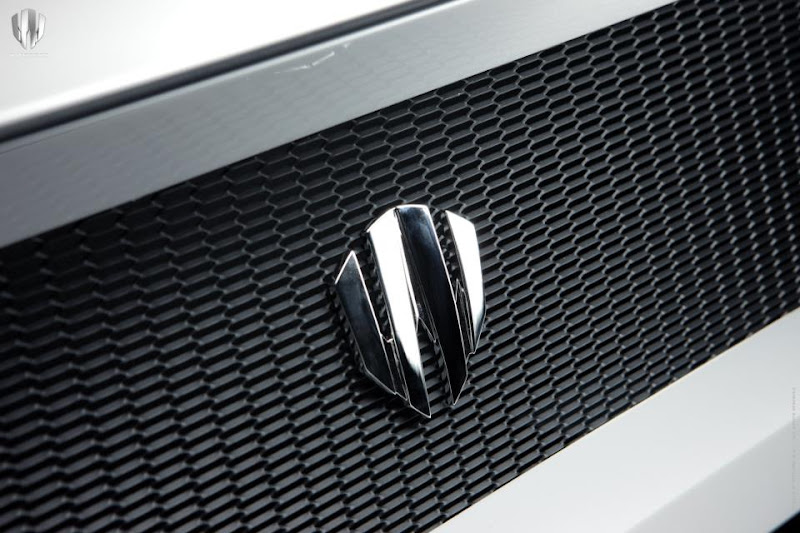 It is finally here! The teased and speculated first Arabian supercar the Lykan HyperSport was unveiled yesterday under the spotlights of the Qatar Motor Show 2013 in Doha. As previously explained, this extraordinary hypercar will be powered by a flat-six twin-turbo engine developing 750hp and 1000Nm of torque.

While the premiered car is still a final design model (not driveable - with no interior), W Motors expects wo start first deliveries this September. Only seven examples of this model will be built each carrying a stunning price tag of 3.4 million dollars.Diamond incrusted LED lights, ultra modern holographic motion-controlled display as well as Cyrus Klepcys one-of-a-kind 200.000$ watch is included in this price.

The Middle East is renowned for their automobile crazy audiences and it is a common sight to see roads in Dubai, Beirut and other parts of the gulf region adorned with the finest automobiles from around the world. Channeling this very obsession for cars, it was only a matter of time before a revolutionary hypercar emerged from the Middle East, courtesy of the world's first Arabian Motor Company, W Motors.

July 2012 witnessed the lavish launch of W Motors at the Sursock Palace in Beirut wherein the company's shareholders publicly vowed to deliver the world's most exclusive hypercar to the passionate addressees. This ambitious promise and vision has now been realized with the birth of the elite and radical hypercar, Lykan, which was recently revealed at the renowned Qatar Motor Show held on the 29th of January, 2013 at the Doha Exhibitions Centre.

Speaking out on the Lykan, the CEO, Ralph Debbas said,"This is history in the making, the First Arabian Hypercar, the most exceptional Hypercar the world will ever see"

Named after the most advanced species of wolves in mythical legends but written with a'K,'the Lykan possesses a luxurious blend of power, advanced design and technology and exclusivity with only seven units of the car being manufactured. Absolutely distinctive in every way, the innovative Lykan boasts of 750 horsepower (395 kilometers per hour) and features a holographic display, an ID4 motion dashboard and uniquely designed seats for ultimate comfort and safety. The engine, Flat 6 twin-turbo, has been engineered with the perfect balance between power, torque and speed, creating an exceptional driving machine for an inimitable driving experience.

Adding a touch of modern luxury with the integration of the most refined and luxurious materials both inside and outside, the Lykan comes with Diamond encrusted LED lights that lend the hypercar a magnificent finish. Additionally, the car comes with gold-stitched interiors, a 24/7 concierge service and a patented design Cyrus Klepcys watch, that has been dedicated to Lykan owners only.

Touted a "modern machine with a touch of humanity,"the limited edition Lykan is priced at 3.4 million Dollars making it one of the most exclusive and exquisite cars in the world.

Speaking out on W Motors, the founding partner Sari El-Khalil said,"In a bid to closely cater to our clientele in the region, W Motors have also recently set up offices in Downtown Dubai with plans to open offices, showrooms and design studios around the Gulf region."