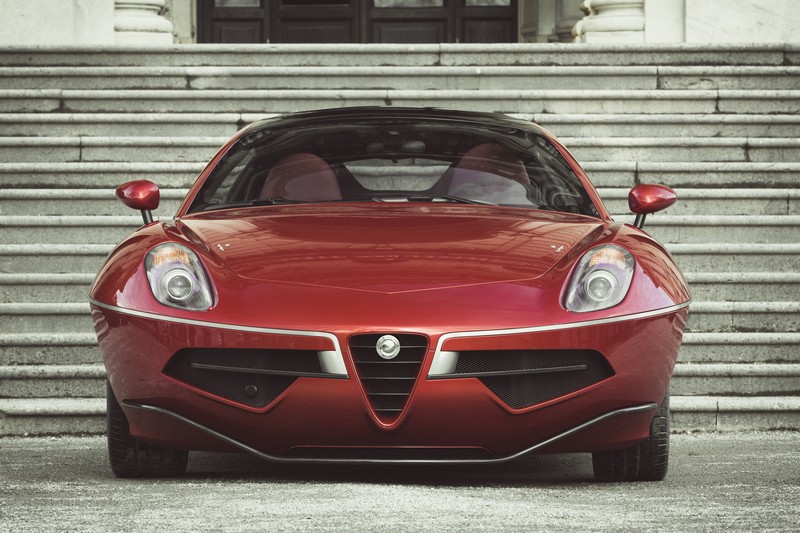 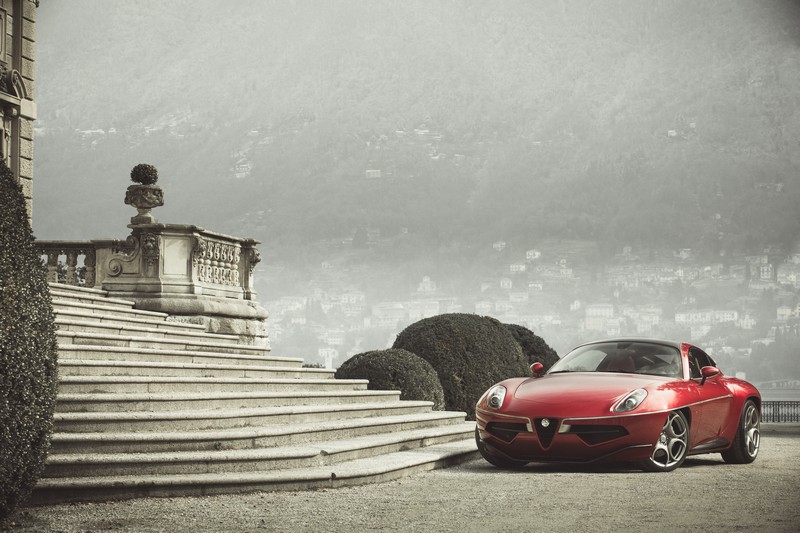 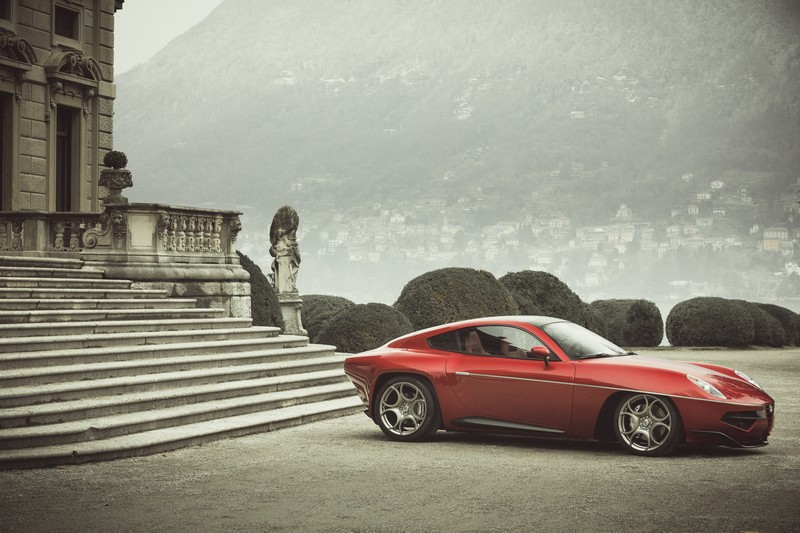 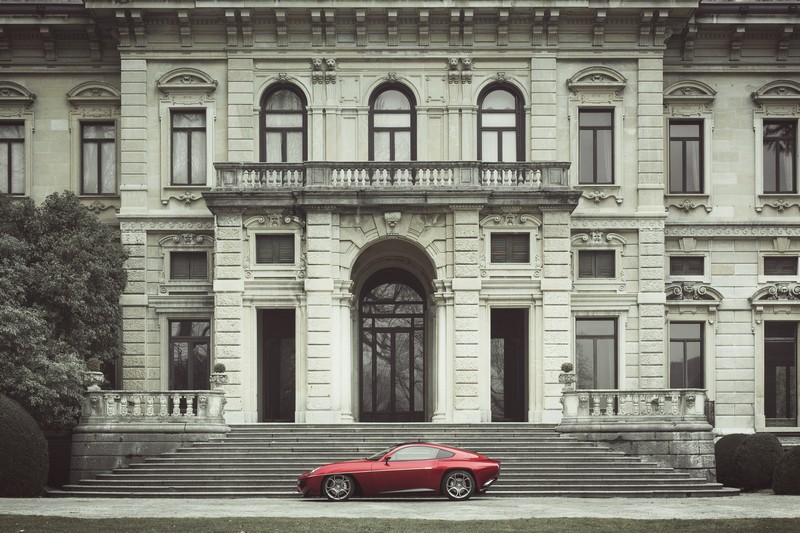 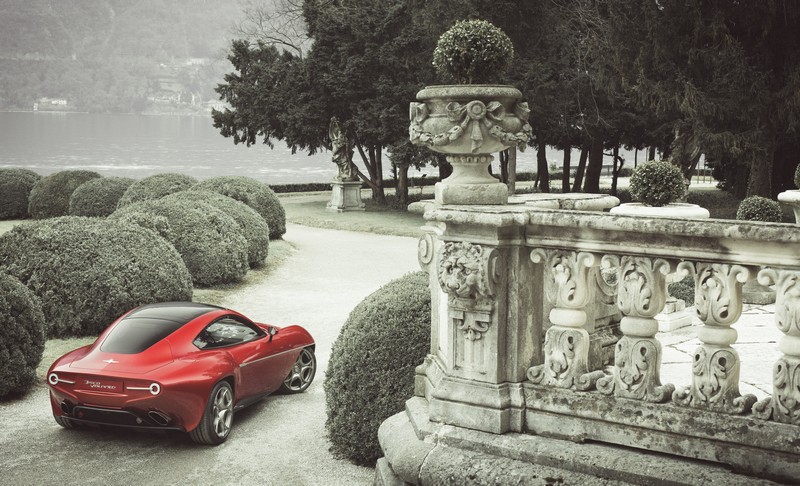 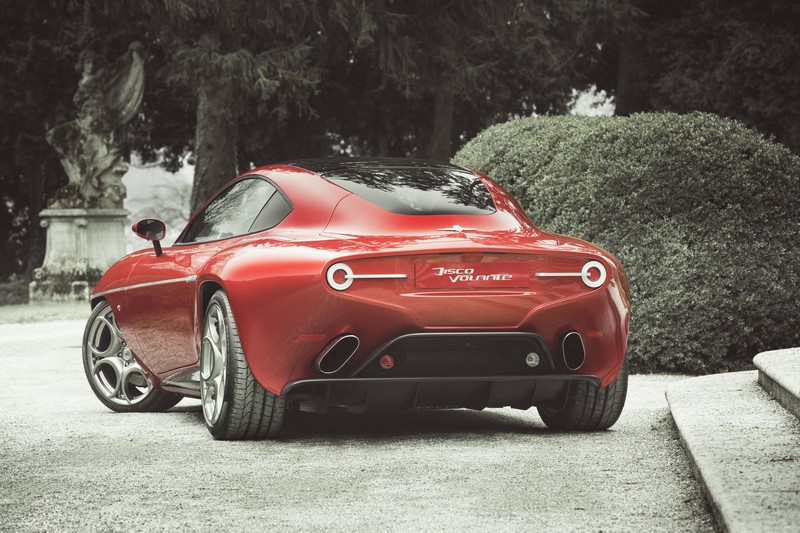 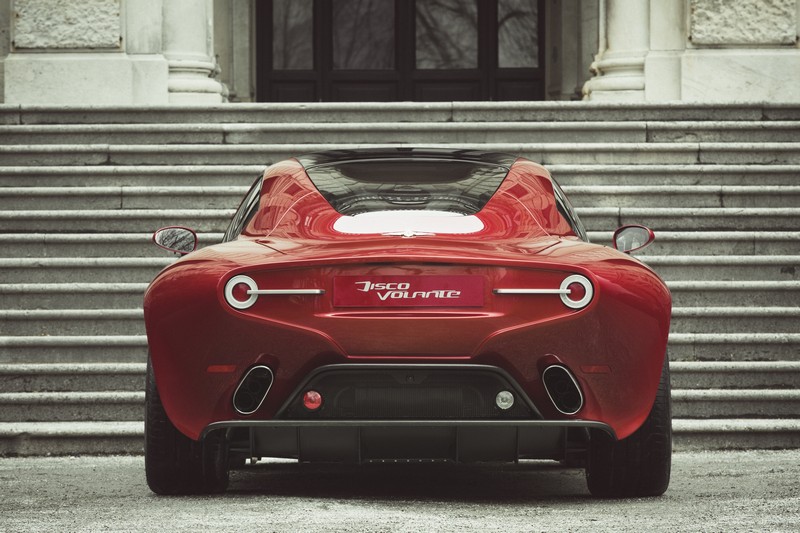 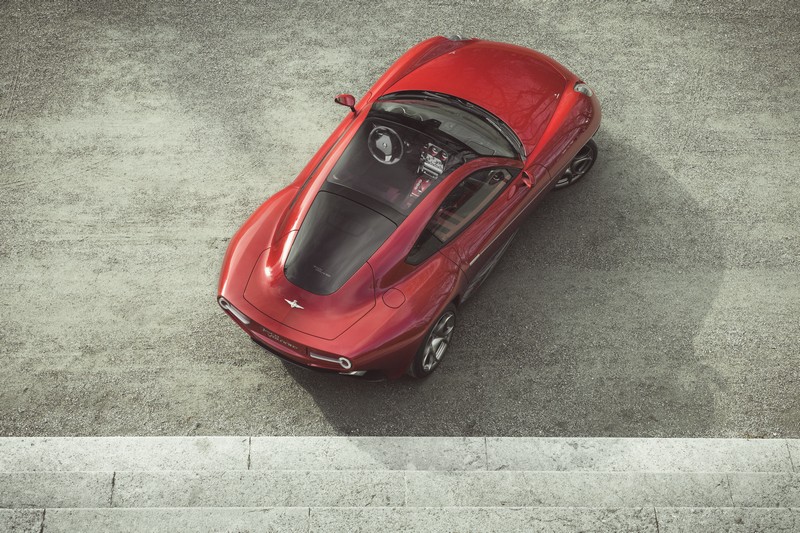 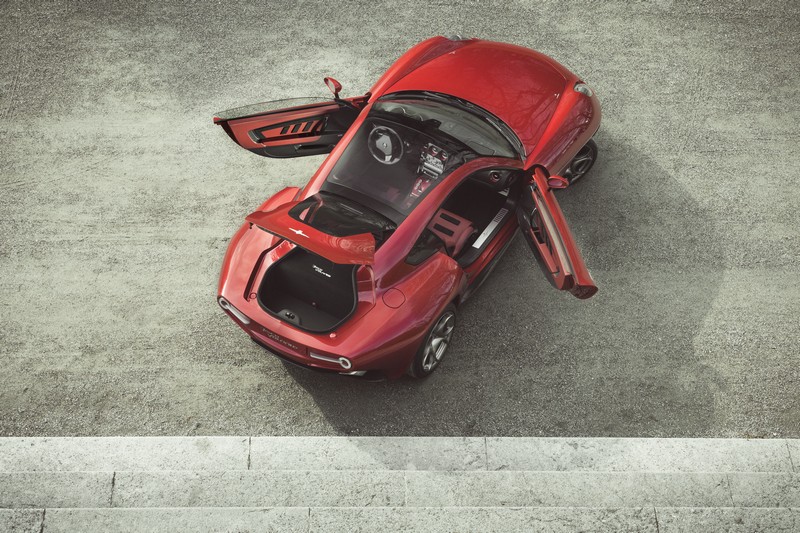 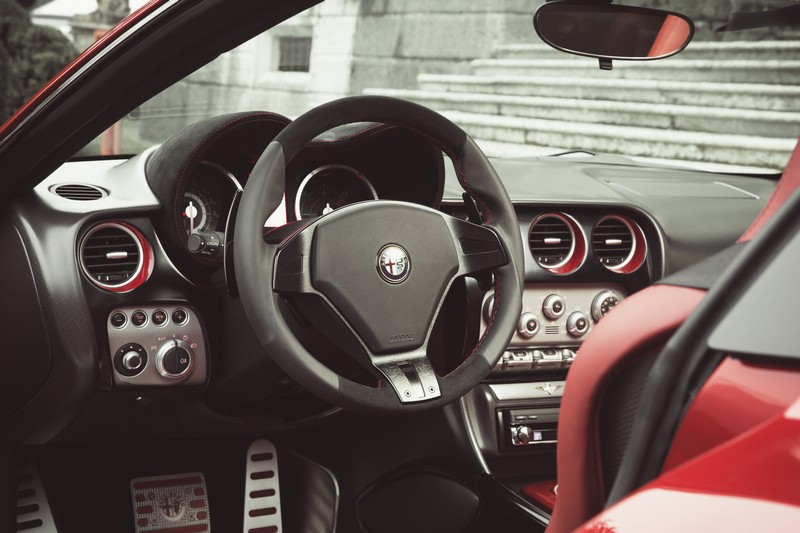 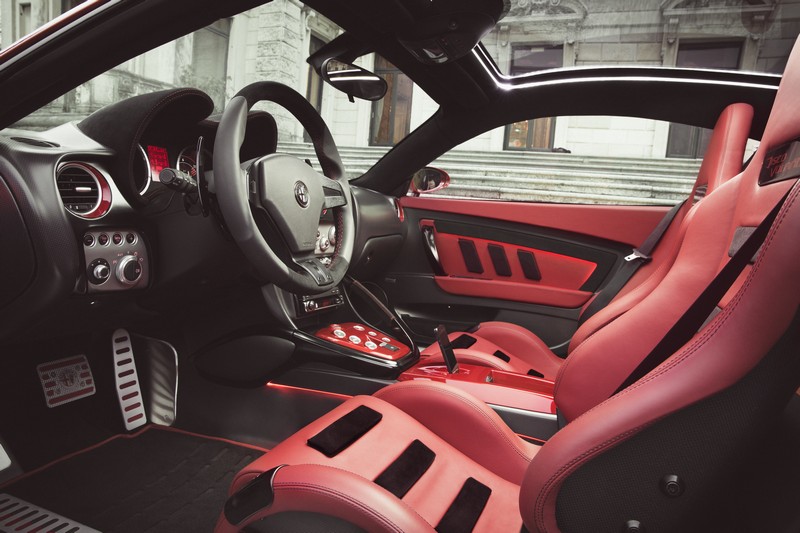 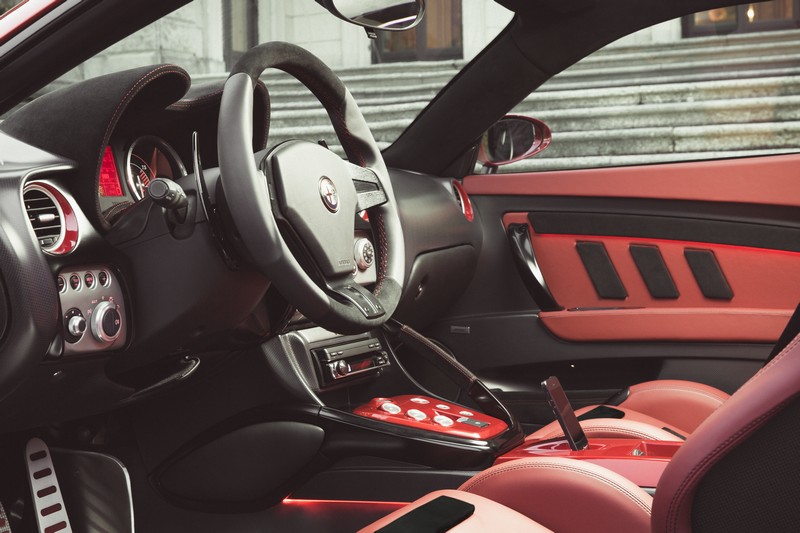 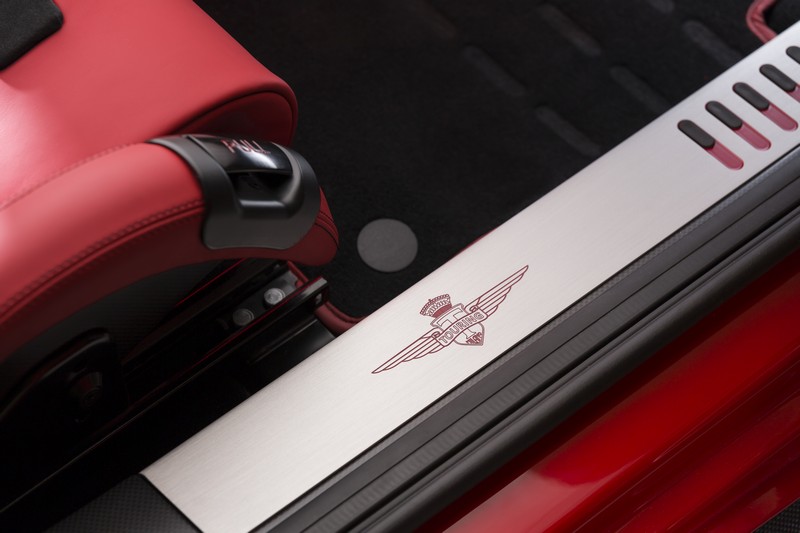 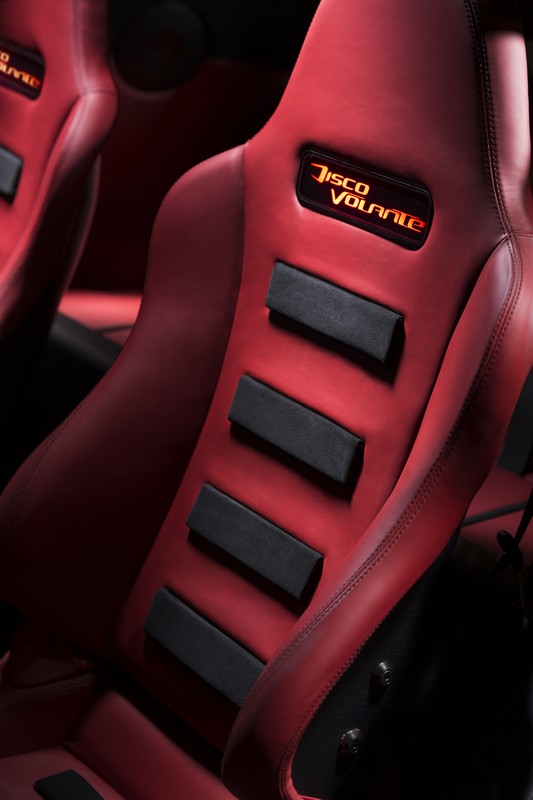 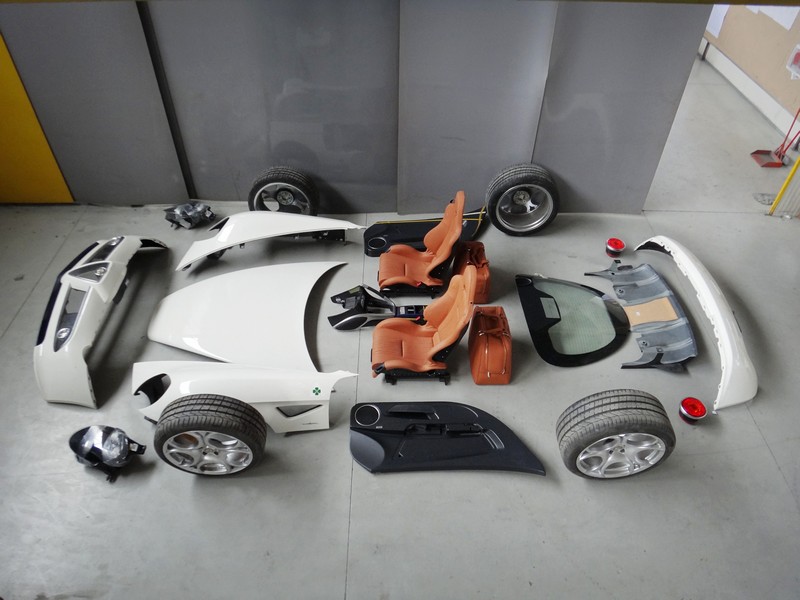 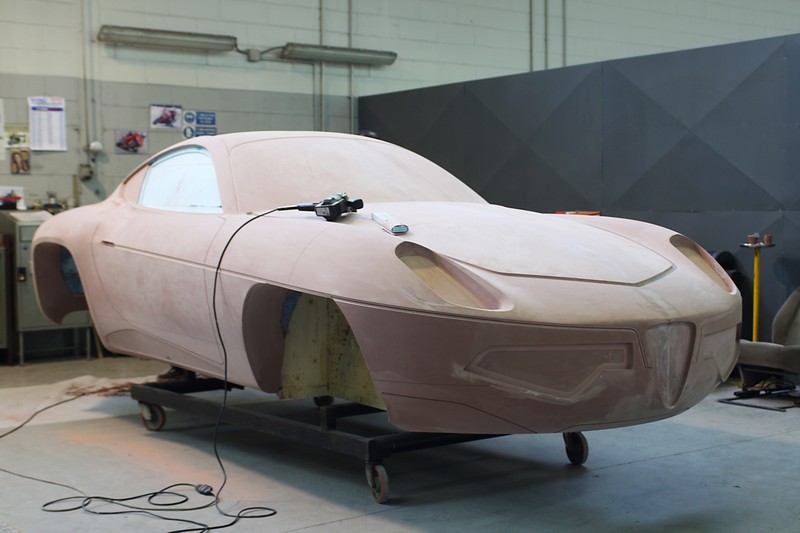 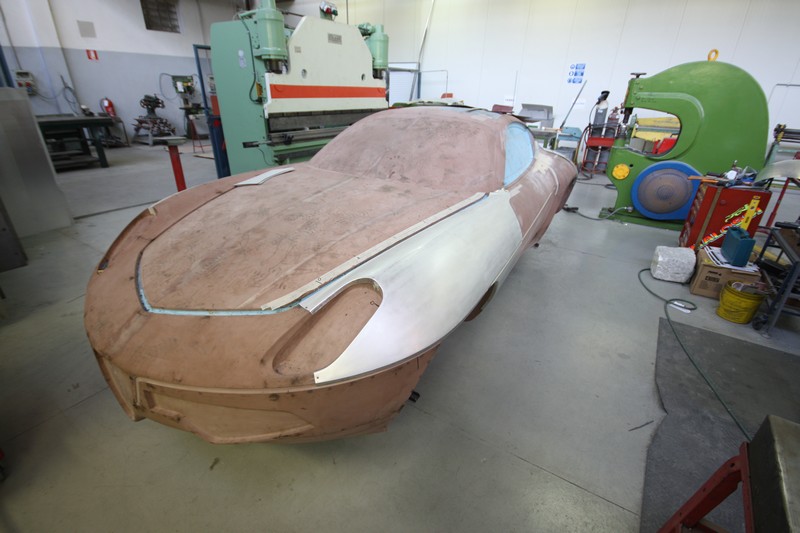 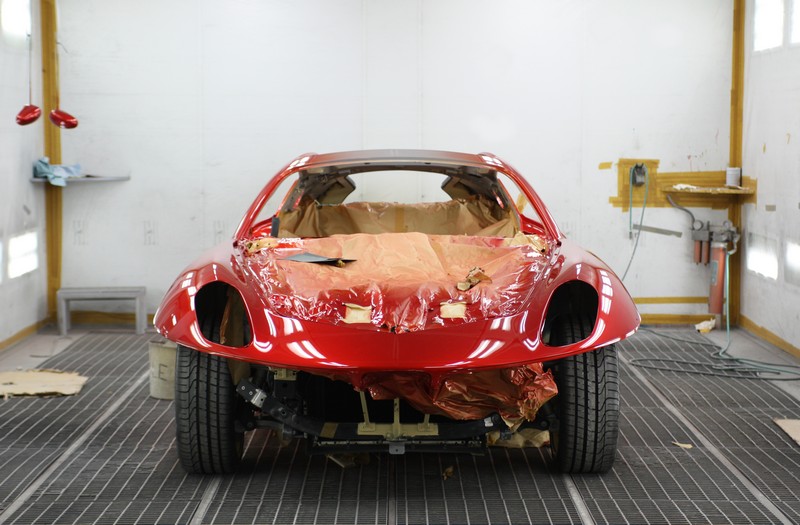 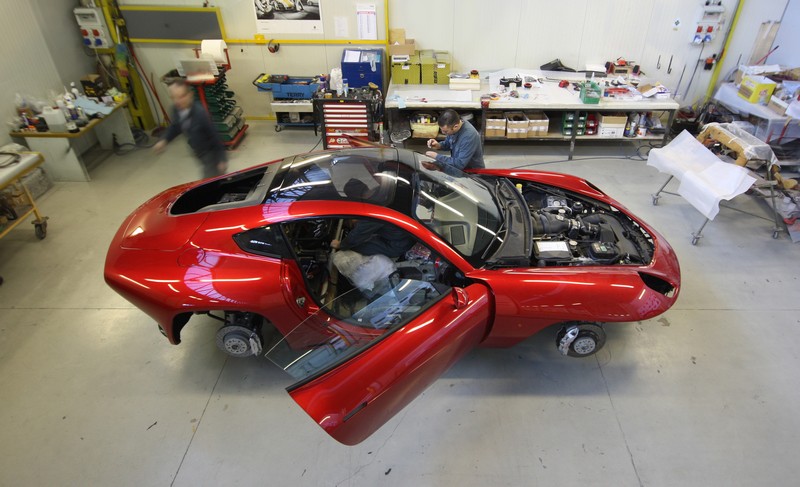 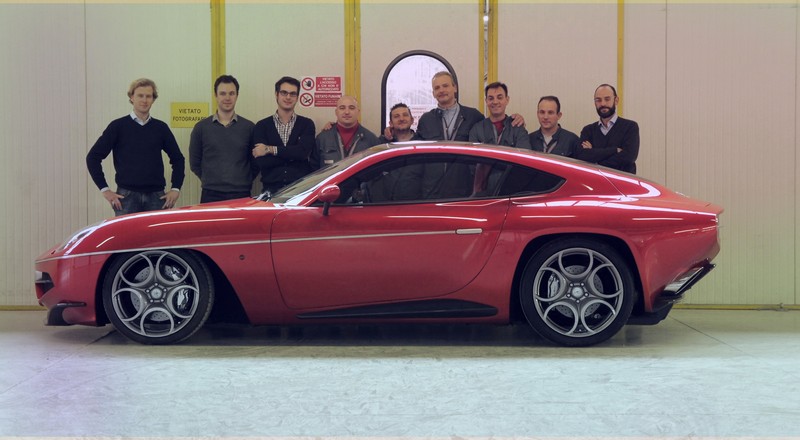 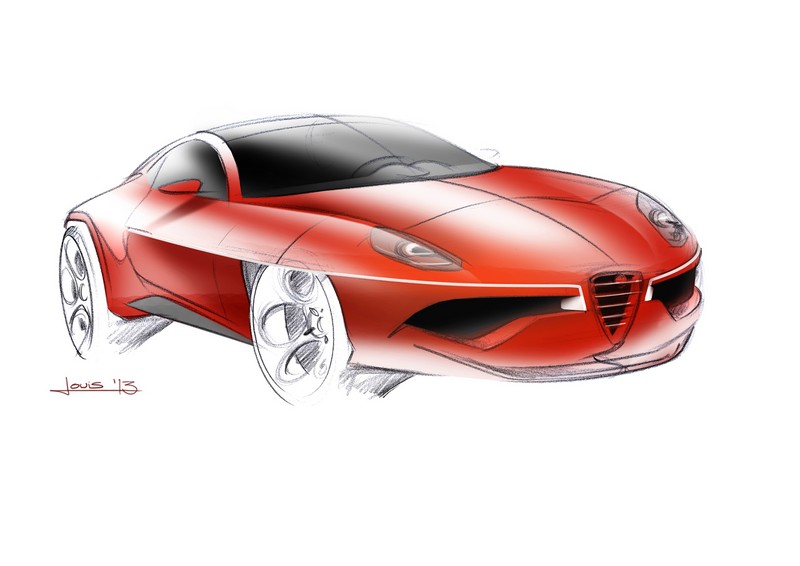 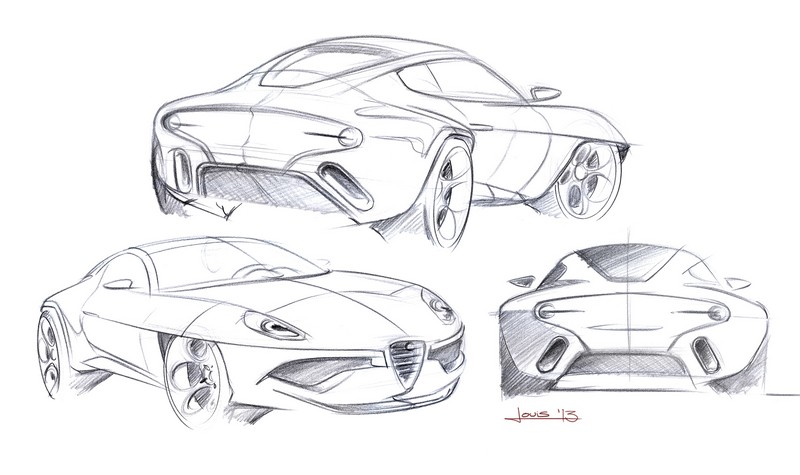 Following the introduction of the full-scale styling model in 2012, Touring Superleggera is proud to present the first production model of the iconic Disco Volante at the 2013 Geneva Motor Show. As from now, the Disco Volante will be available to the discerning customer.

After the striking successes in the recent Geneva shows, the Disco Volante is another testimony of Touring's capability as a creator and manufacturer of bespoke-designed cars coach built in very limited runs to world class quality standards.

In just under a year’s time, the Disco Volante has developed from a prototype to a production model; ready to be enjoyed by a clientele appreciating its unique combination of craftsmanship, quality, innovative design and automotive history. Among them will be collectors, sporting drivers and design aficionados.

The Disco Volante is a two-seater Gran Turismo. It is based on the Alfa Romeo 8C Competizione coupé with its front-central mounted 4.7 litre V8 engine and a transaxle rear drive with unmodified specifications. Each unit, of which the construction requires 4,000 hours of manual work, will be built only on demand.

The lightweight and ultra-aerodynamic Alfa Romeo C52 'Disco Volante' was considered a design icon almost right from the start, when it saw the light of day in 1952. The briefing at Carrozzeria Touring in that year mentioned the need for a shape that was ‘insensitive to wind’.

The unique basic design was even registered as ‘design patent’. Using Alfa Romeo 1900 C elements, the car received a new tubular chassis, and a lightweight, striking and efficient aluminium body.

The present Disco Volante celebrates the myth of the 1952 style icon. The new design briefing required to blend ingredients as innovation, emotion and aerodynamic properties into a timeless and essential shape.

During the development stage, Head of Design Louis de Fabribeckers and his team cooperated with the engineers on an almost daily basis. "We focused on the preservation of the design essence. – says de Fabribeckers – Once the design frozen, we had to understand the manufacturing problems and solve them right away without compromising the design."

Many elements were changed in this stage, like a slightly higher bonnet needed for the engine bay ventilation. Still, the original proportions were retained, so these changes will be hardly noticed. The final result is even more dramatic and impressive than the styling study that was presented last year.

In consistency with the car's design philosophy the interior has a ‘science fiction’ feel to it.

Part of this ‘spaceship’ atmosphere was created by elements like the red LED interior light profiles.

Also, aeronautics has been the inspiration for parts like the dashboard, instruments and seat adjustment lever.

As for the upholstery, leather hides were bespoke manufactured to reproduce the exterior colour shade. These are matched with black Alcantara™.

Of course, personalisation of the interior design to meet customer’s preferences is part of the offer, in line with Touring's personal commissioning philosophy.

The Alfa Romeo 8C Competizione chassis was chosen for its light and rigid structure and its outstanding dynamic properties. Therefore it forms the perfect basis for the coach-built bodywork of the Disco Volante, integrally conserving the rolling chassis and drive train.

The Alfa Romeo 8C’s steel space-frame and other structural elements were retained to guarantee torsion stiffness, high performance and the quality standard. The frame members and the central carbon cell remained unchanged. Elements of the underpinning and the body, such as the engine bay and firewall, the windscreen and cowl, the a-pillar and the locks and hinges have been retained too, just as the dashboard and instruments, the pedals and the steering wheel.

Parts like doorframes, the roof frame and the c-pillar have been modified to match with the new shape.

The layout of a front-central mounted engine, a transaxle transmission and rear-wheel drive offers an optimal weight distribution of 49-51% between the front and rear axles. To ensure excellent handling the front and rear double-wishbone suspension scheme is combined with hub carriers of forged aluminium and additional trailing arms for the rear suspension.

The lightweight and compact 4.7 litre V8 engine delivers 450HP and 480Nm peak torque. It is coupled with a six-speed sequential transaxle gearbox with electronic control and paddle-shift gear selection. Together with a limited-slip differential and a state-of-the-art braking system with large diameter, ventilated discs a precise, dynamic and proactive drive is ensured.

All new and modified components of the Disco Volante have been CAD designed. In this process, which covers feasibility, safety, homologation, aerodynamics and structural analysis, the most advanced IT tools and simulation techniques have been used.

Since torsion stiffness and noise reduction are of critical importance, special attention has been paid to the under-body structure and its elements, like the tubular frames supporting the rear wings and bumper, and the roll bar joining the c-pillars. Other complex design issues were the tailgate hinges, the 3d-cambered door window, and the front wheel covers.

The Disco Volante was then submitted to a CFD aerodynamic study to enhance the airflow and ensure optimal downforce in the rear section. After that, FEM calculations were run to assess resistance and rigidity of all parts subject to homologation.

Touring Superleggera is synonymous with the manufacture of lightweight bodywork. The weight advantage of aluminium is one of the assets of Touring Superleggera's construction methods. Nowadays however, the craft of hand-beating aluminium panels is combined with the use of carbon fibre reinforced plastic (CFRP). For the Disco Volante, Touring decided to use this combination of aluminium and CFRP. This has been the result of a study conducted to define optimal use of materials for the bodywork in terms of weight, resistance, precision, finish and quality, and ease of repair in case of damage.

The CFRP is used for specific components like the front bumper and grille, the bonnet, the skirts, the boot lid and the integrated rear-window frame. The bonnet and the boot lid are sandwich-built with Nomex filler in-between to obtain a better stiffness/weight ratio and to dampen vibration and noise.

The aluminium panels are hand-beaten using an epoxy mould. Since the inner frames of most parts of the bodywork are made of CFRP, this requires gluing of aluminium on carbon fibre. This technique adds to the rigidity as the glue has structural properties.

The body panels are pre-assembled on a laser measurement platform using a jig. This ensures that the strict tolerance required is respected. After adjustment, the panels are either welded or glued. The body-in-white is then used to preassemble and fit all trim components, brightware and moulding.

To ensure constant and repeatable quality, the entire production process is documented and digitally logged. Like in series production, there is a quantified manufacturing cycle and a Bill of Materials. Tolerances, measurements and other quality standards are quantified.

The quality control process includes static as well as dynamic test runs before the car is signed off. The static-test protocol requires compliance to high standards in interstice and surface alignment, paint and coating quality, interior trim and assembly.

A functionality test is run in a climatic chamber. The dynamic test takes place on the proving ground. Beside routine checks on absence of creak, rattle and other noise, it concentrates on handling, braking and all other functionalities. It includes high-speed runs, cornering and other handling tests on several types of surfaces.

The Disco Volante has received EU type-approval under the EU-Directive 2007/46 EC for small series.

The price of the Disco Volante is on demand.

Touring Superleggera delivers the complete car in six months after the Alfa Romeo 8C is made available.

All Touring-produced or modified parts have a two-year unlimited-mileage warranty, subject to the usual industry terms. Alfa Romeo dealers are qualified for maintenance and service of the technical components, while Touring supplies them repair instructions and parts for the Touring-designed components and systems.

Sales enquiries can be addressed to the factory in Milan.