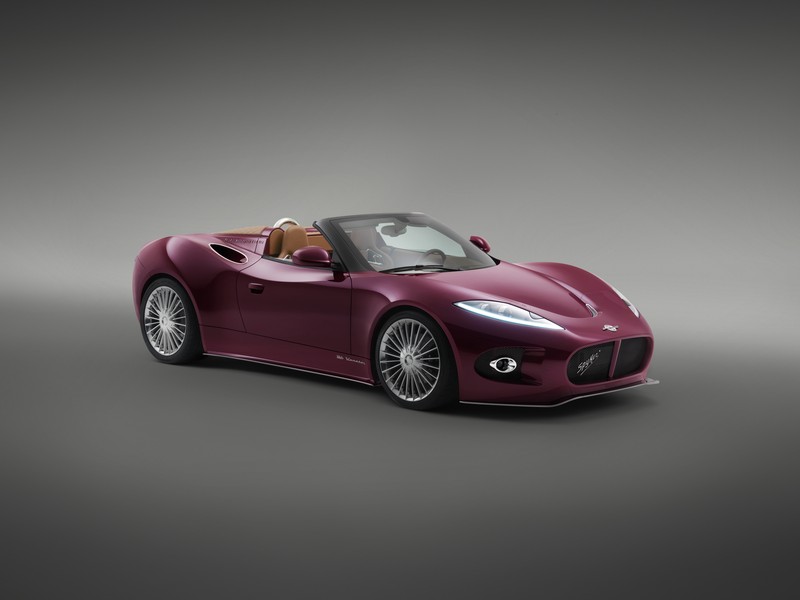 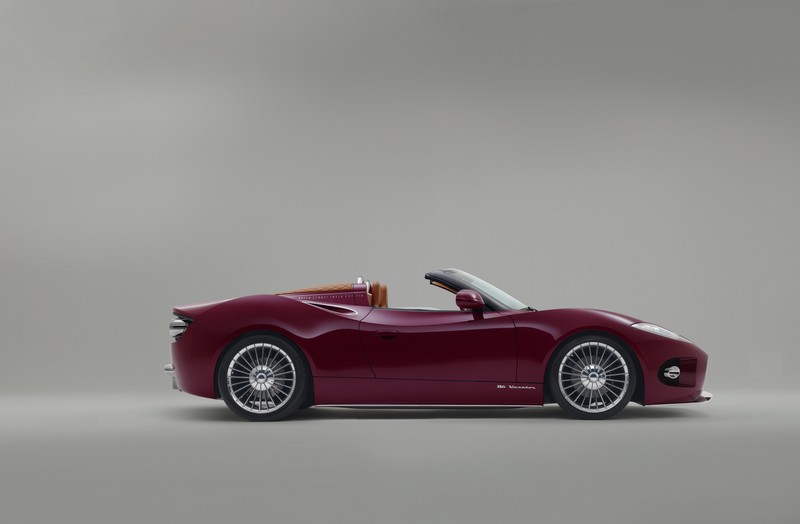 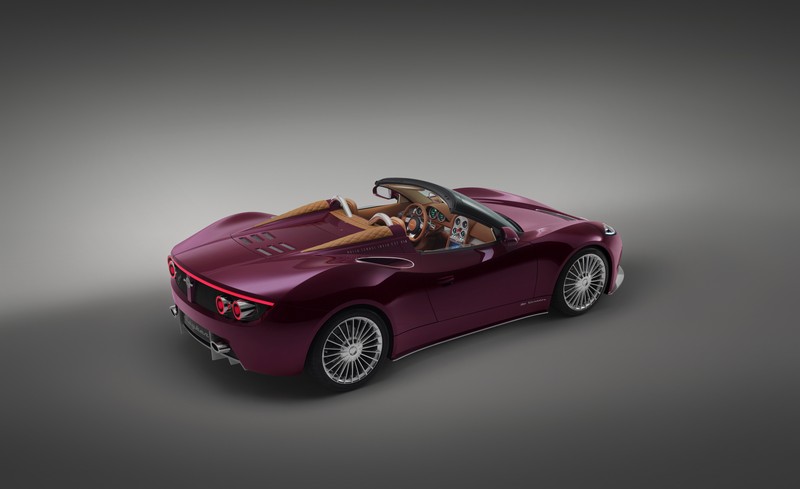 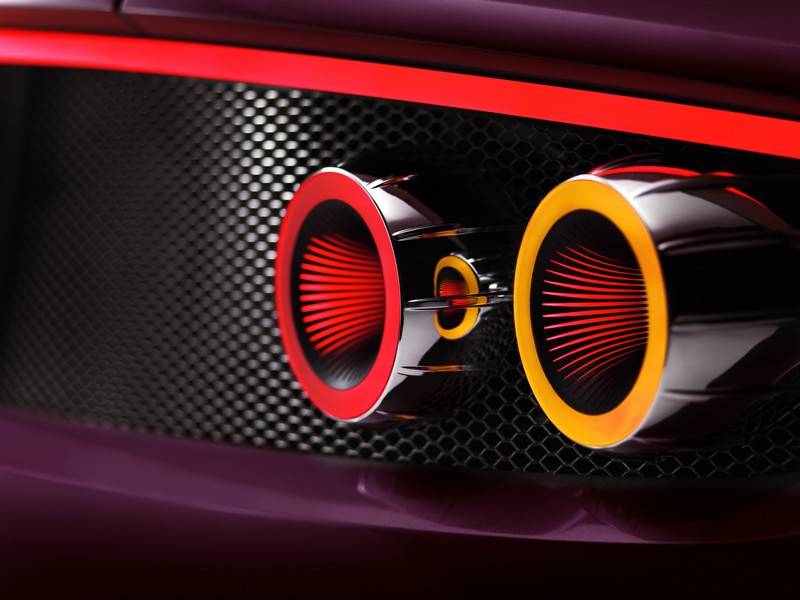 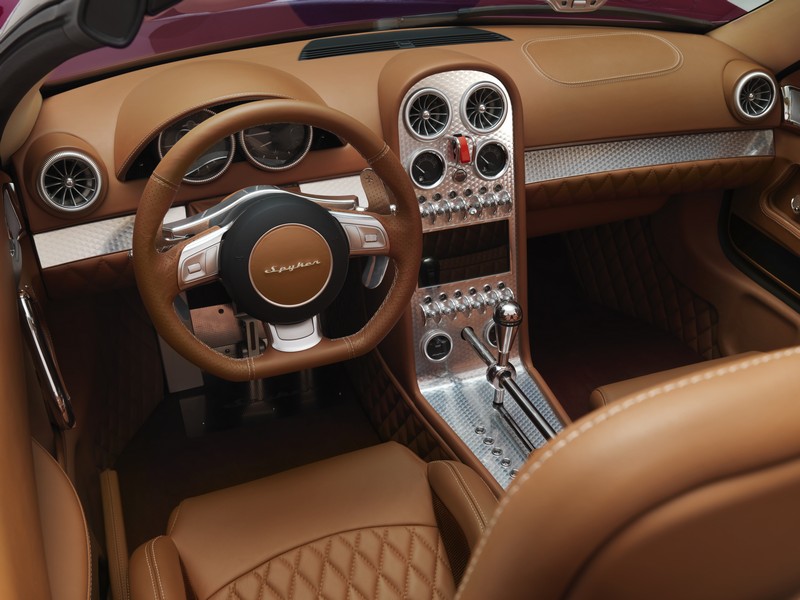 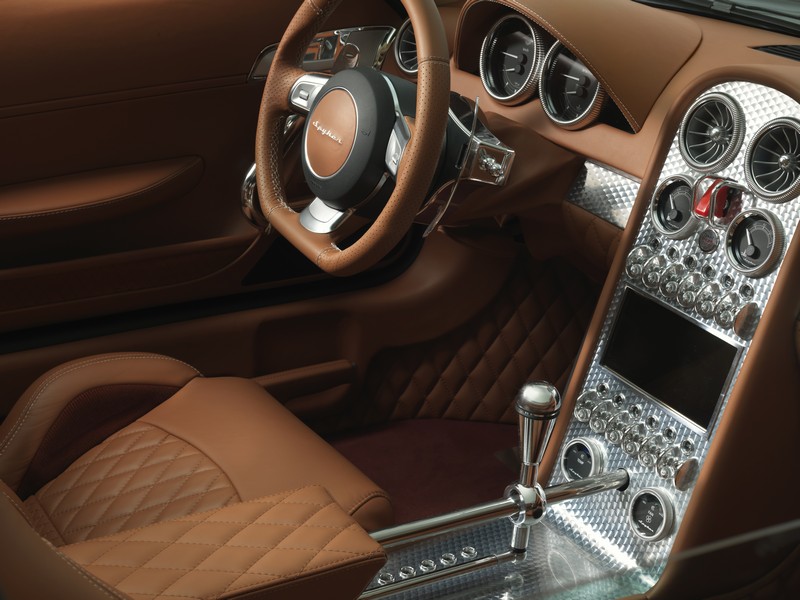 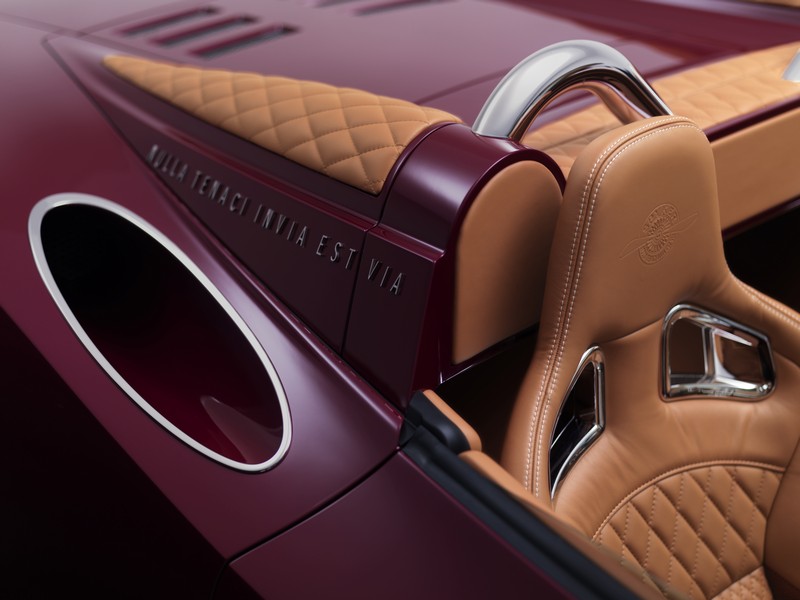 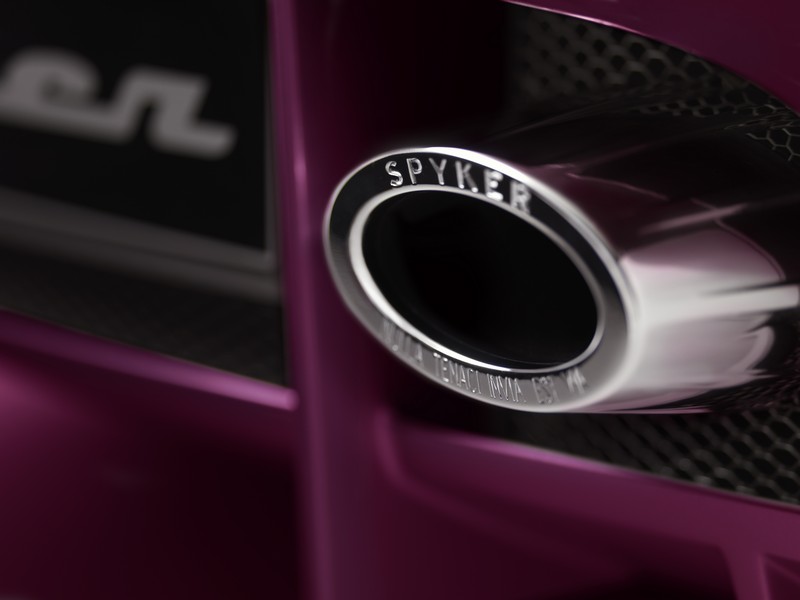 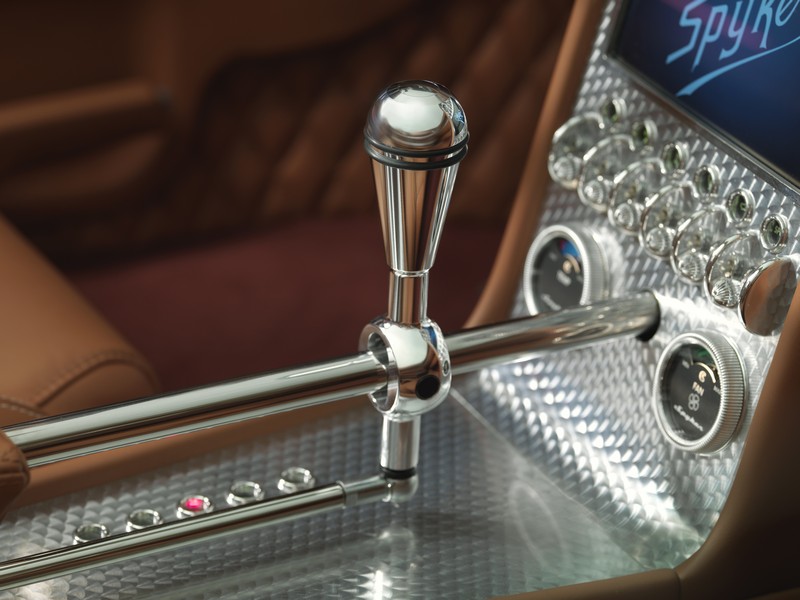 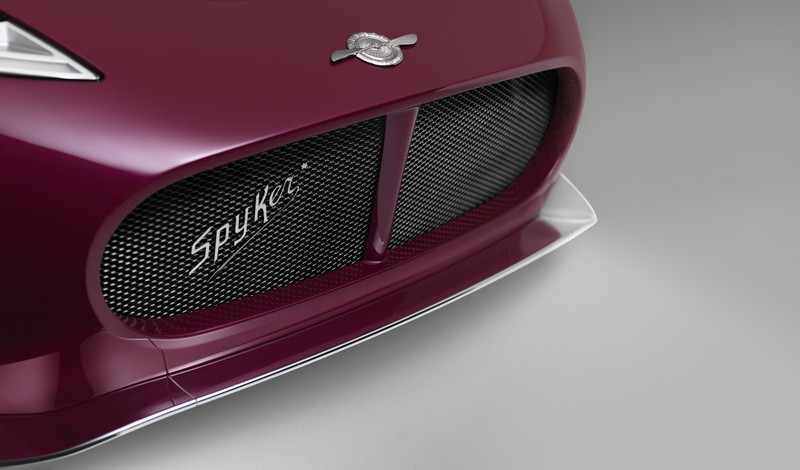 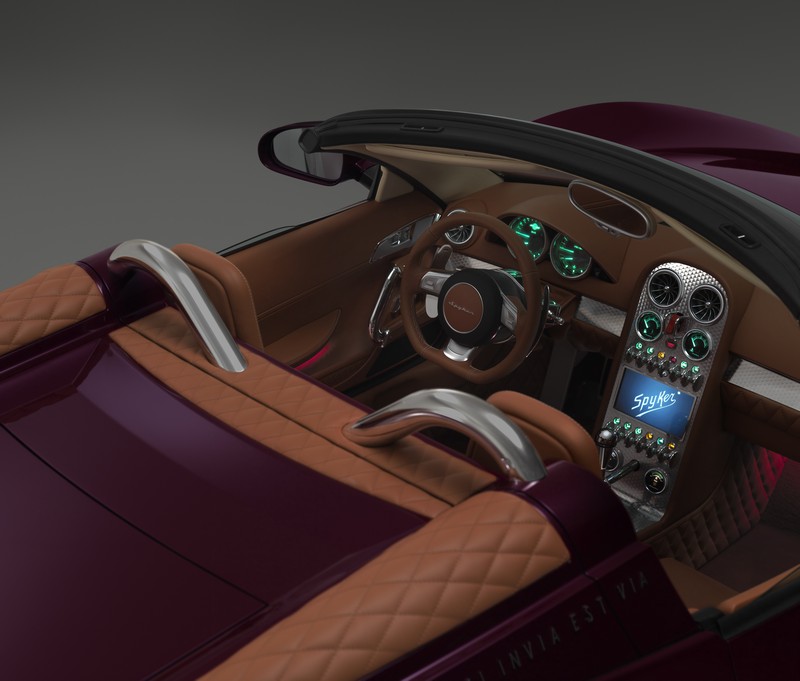 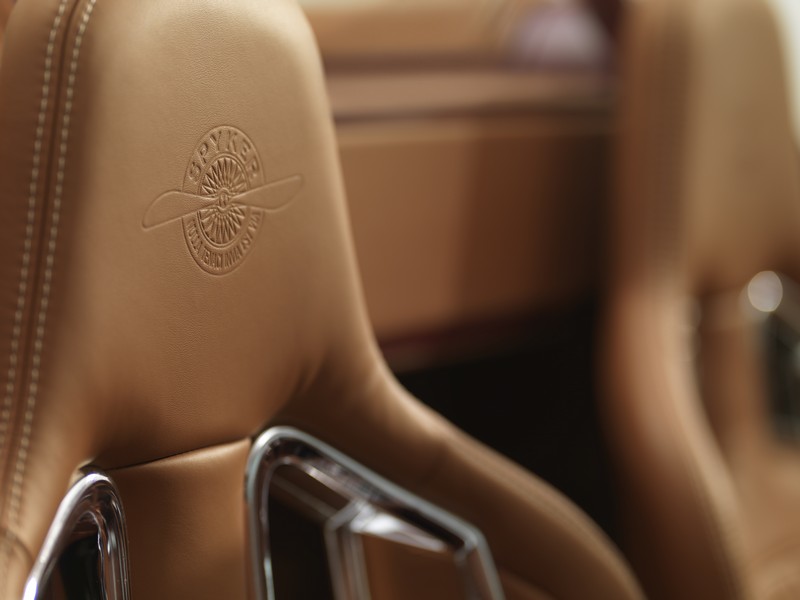 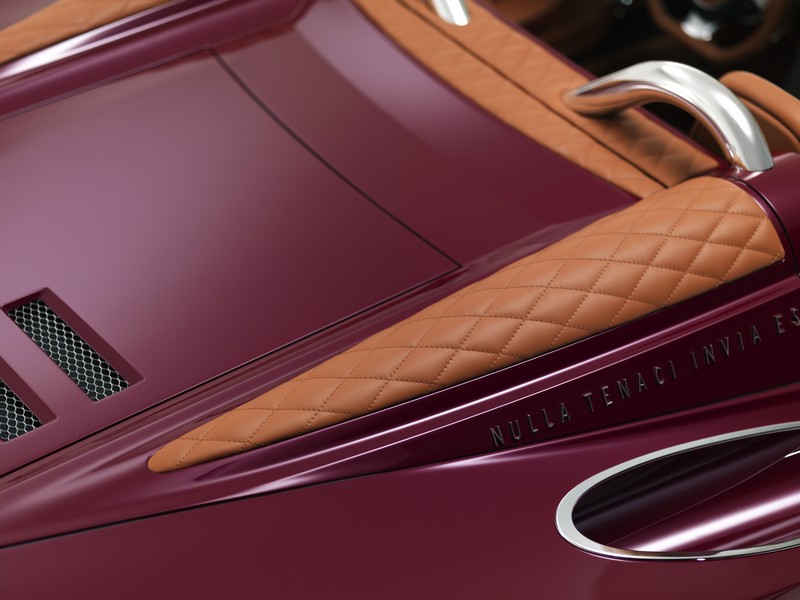 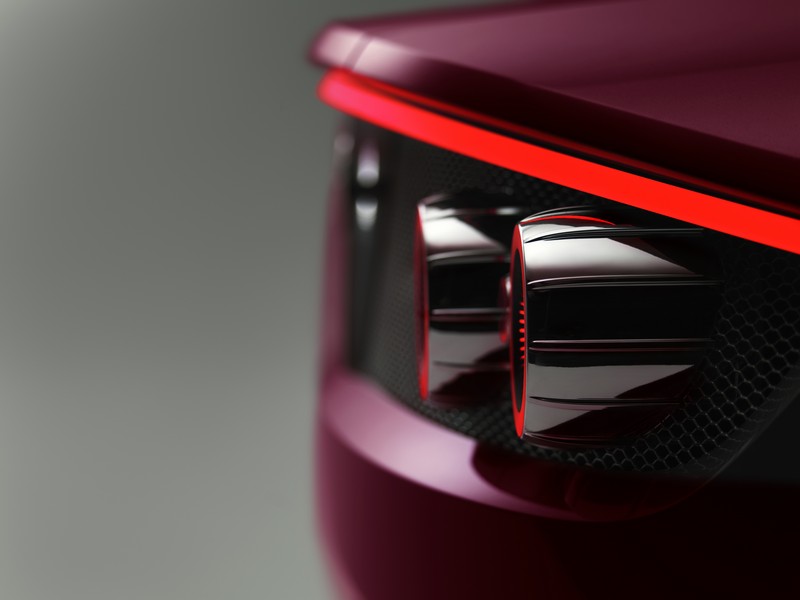 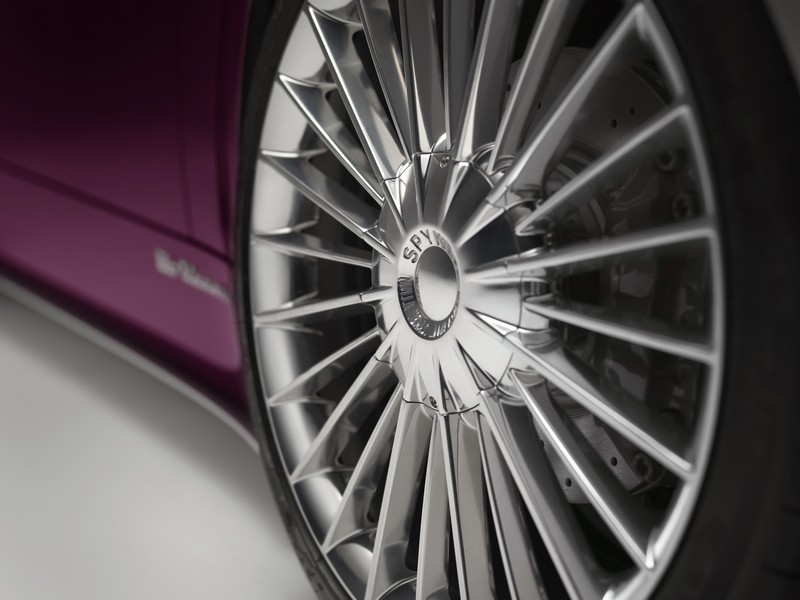 Spyker N.V. (“Spyker”) today revealed the Spyder version of its new exotic sports car, the Spyker B6 Venator, at a press conference in Pebble Beach, California.

Just five months after unveiling the B6 Venator Coupe Concept to rave reviews at the 83rd International Geneva Motor Show, Spyker – creator of meticulously hand built automobiles whose beauty is equaled only by their unrivaled craftsmanship – made waves on the other side of the Atlantic. Today the brand introduced the SPYKER B6 VENATOR SPYDER Concept, a unique alternative in the High Luxury Sports sector, via a press conference at The Quail Motorsports Gathering in Pebble Beach, California. The SPYKER B6 VENATOR SPYDER Concept is the eagerly awaited convertible execution of Spyker’s compact, 2-door mid-engine sports car that will offer the discerning driver of the highest standards a new choice, delivering a rare combination of heritage, design, performance and exclusivity.  Chief Executive Officer Victor R. Muller chose The Quail as the site for the SPYKER B6 VENATOR SPYDER Concept’s worldwide premiere because, “It is the car’s natural habitat. Car enthusiasts from around the globe descend upon exquisitely beautiful Pebble Beach for the Concours d’Elegance weekend, and The Quail Motorsports Gathering is the most exclusive event of all.” Designed by Muller, the SPYKER B6 VENATOR SPYDER Concept incorporates vintage cues of the brand’s aviation past, highly detailed design and bespoke materials into a defiantly contemporary statement that could only come from Spyker. The company’s Latin axiom “Nulla tenaci invia est via” – “For the tenacious no road is impassable” – is tastefully featured on the exterior. The name “Venator” is Latin for “Hunter,” a nod back to Spyker’s “Hunter” fighter aircraft of the early 20th century.

- The trademark radiator grille’s mesh is V-shaped, referencing Spyker models of the previous century. The 1903 Spyker logo harkens back to an era when Spyker built racers such as the amazing 60HP.

- The headlights, equipped with LED light rails, give the car an aggressive stance.

- The 3D LED rear lights are akin to the iris-type after burners of a jet engine from a modern fighter aircraft.

- The brake light has been sculpted into the rear panel design to ensure smooth, flowing design lines.

- The brand’s axiom “Nulla tenaci invia est via” – which translates to “For the tenacious no road is impassable” – is shown on the fairings.

- Interior surroundings crafted from the finest materials are unusually open and airy for a sports car, akin to an aeroplane cockpit. The leather is sourced from the Litano range produced by the Royal Hulshof Dutch Tanneries in Lichtenvoorde, Netherlands. Hulshof uses only West European first choice bull hides and a special tanning process that produces the beautifully rich colour palette.

- The red cover on the ignition switch evokes the spirit of starting an aeroplane, as does the dashboard that lights up as part of the ‘pre-flight check.’ The dashboard is shown with a turned aluminium fascia, similar to those seen on Spykers of the 1920s.

The SPYKER B6 VENATOR SPYDER Concept will begin production in late 2014 for key markets including Europe, the Middle East, Asia Pacific and India, followed by the US in early 2015. The introduction of the SPYKER B6 VENATOR Concept at Geneva earlier this year marked the beginning of a new era for the brand, one that will include a significant increase in production led by a management team that has never been stronger.

The SPYKER B6 VENATOR SPYDER Concept represents the next key step on that path, which is being spearheaded by Muller and his Chief Commercial Officer John Walton. Together, Muller and Walton are leading a passionate team that is supremely dedicated to creating unique and beautiful high-performance sports luxury cars.