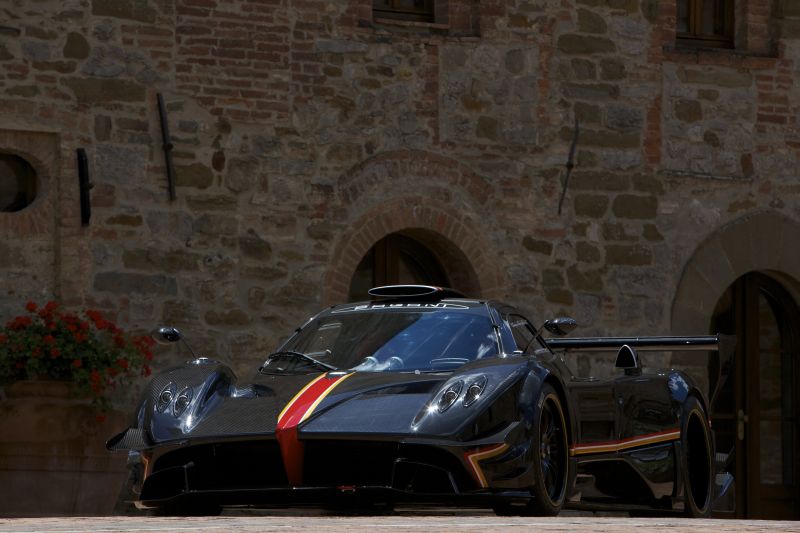 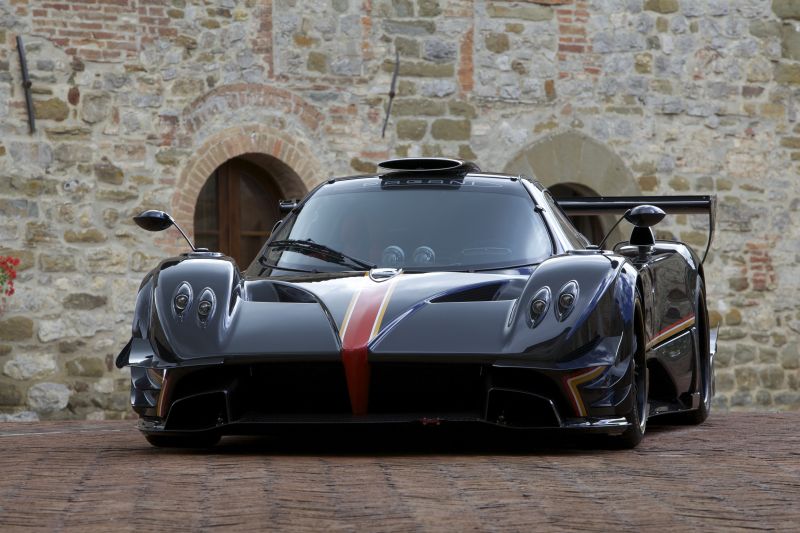 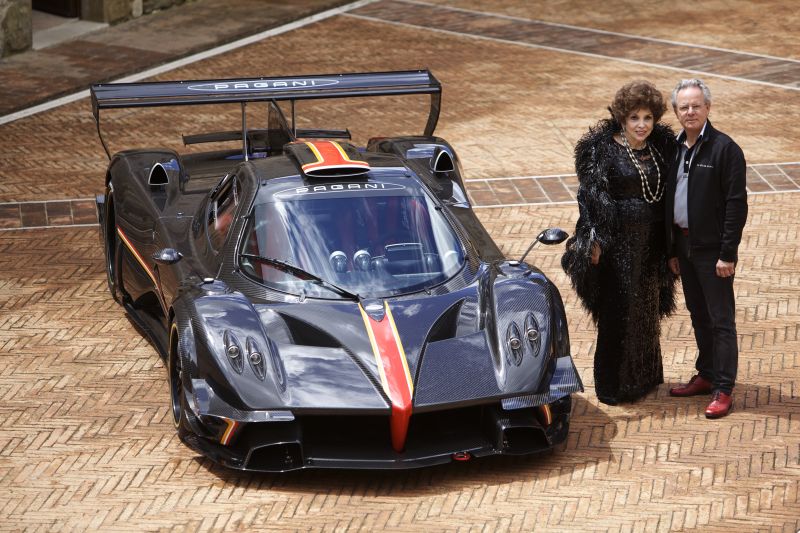 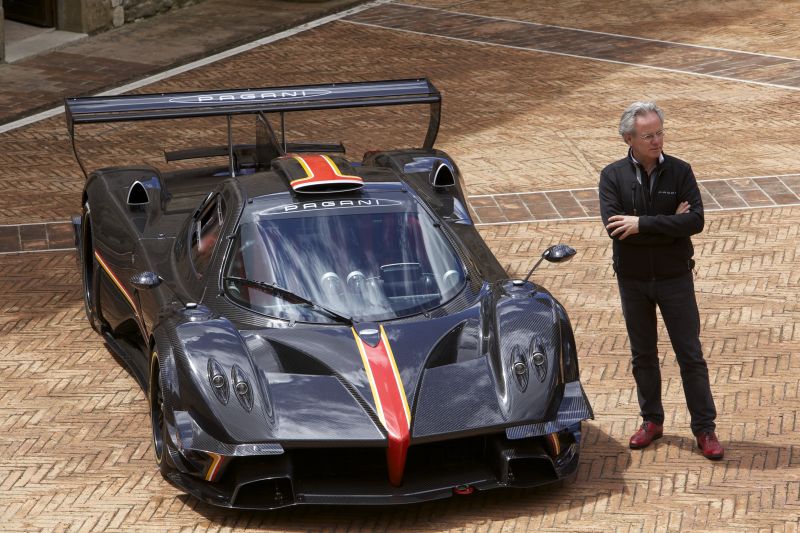 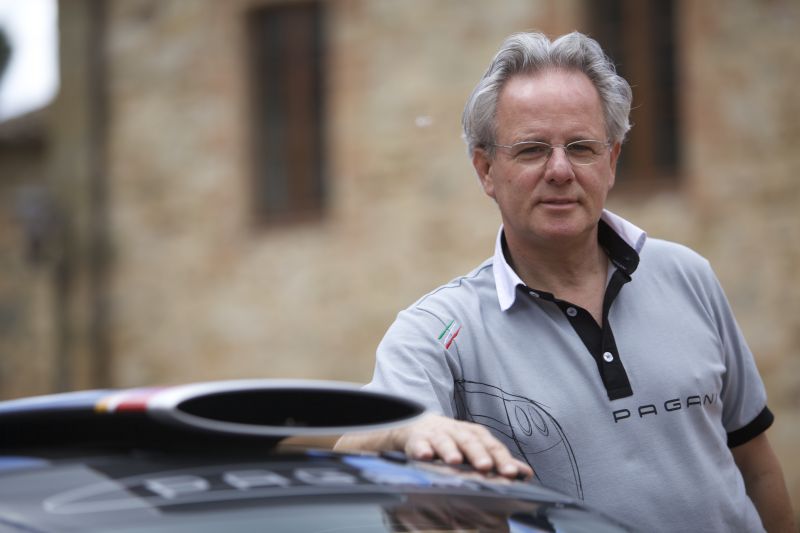 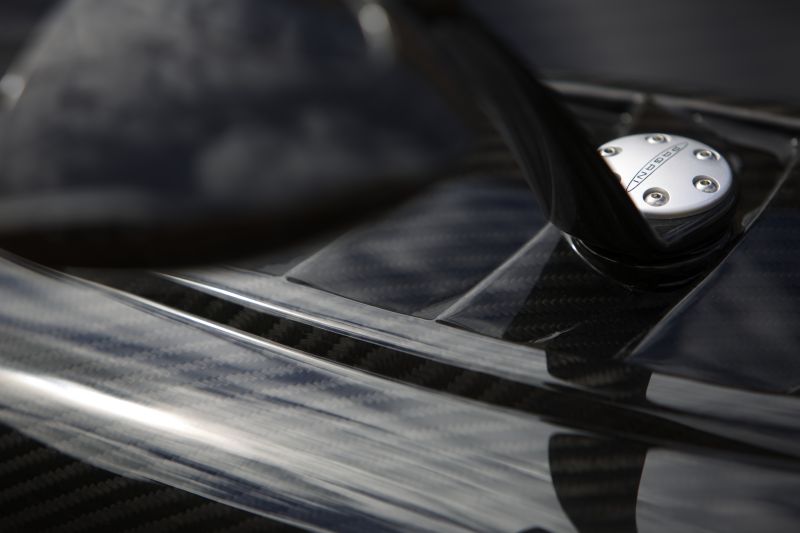 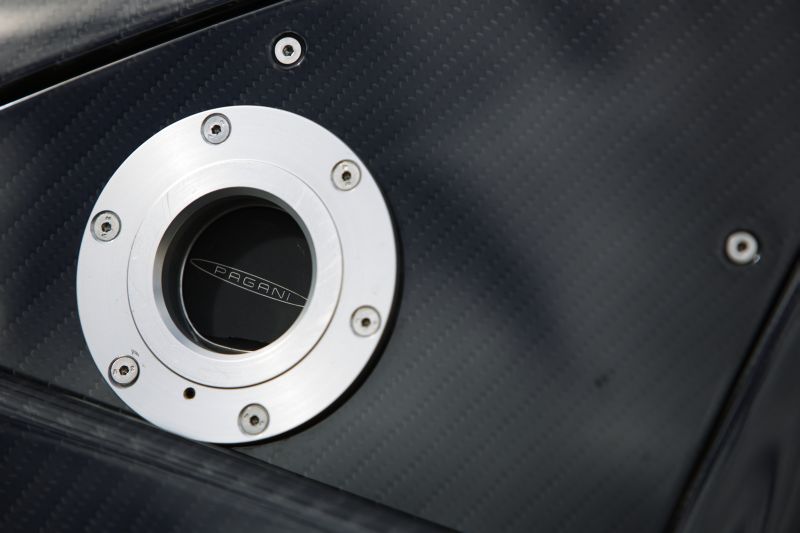 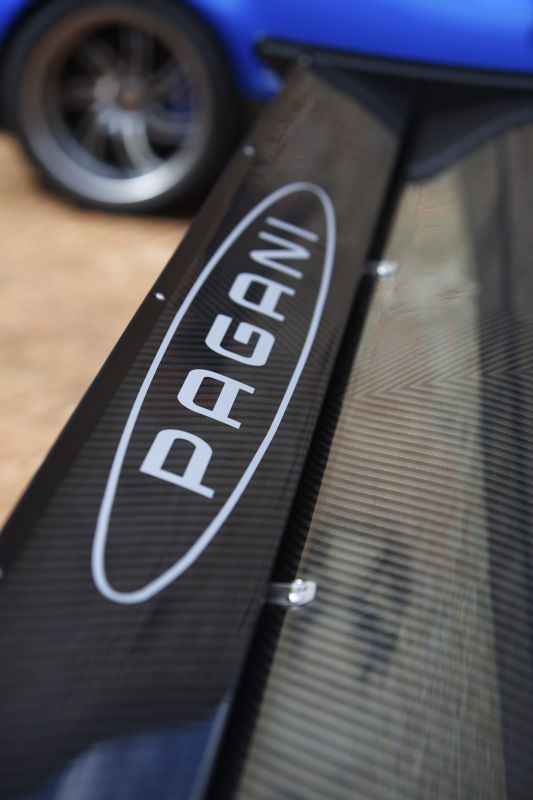 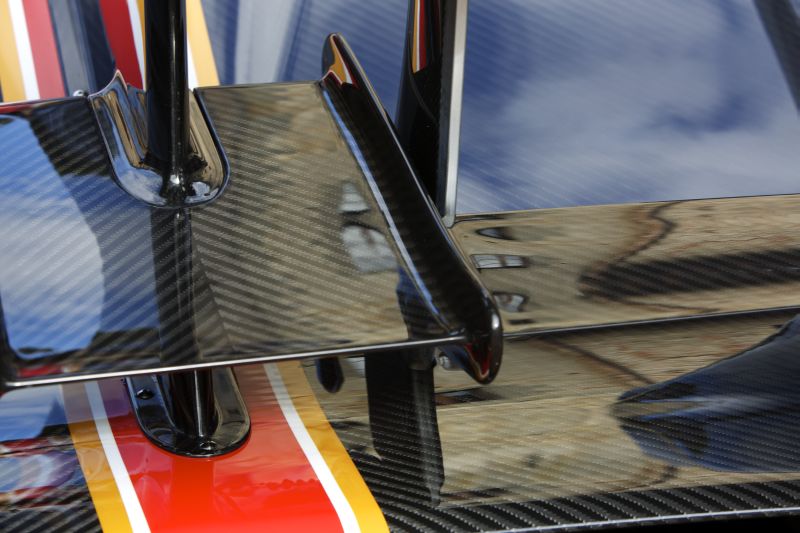 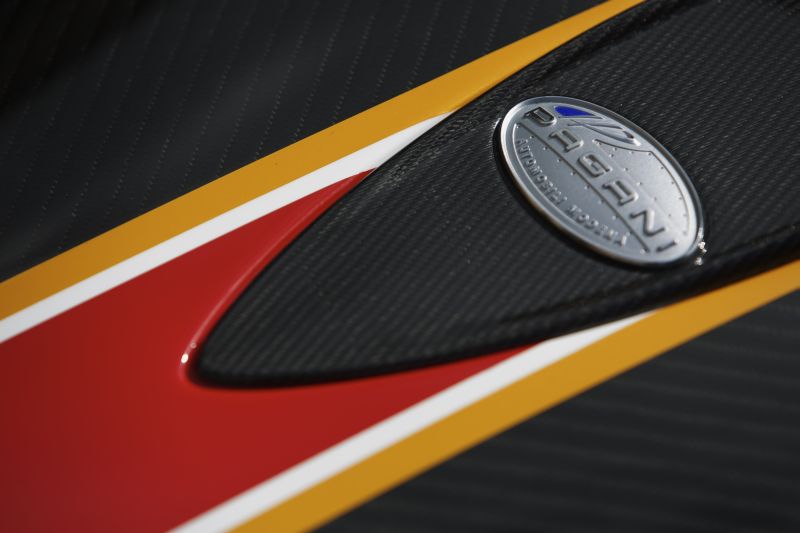 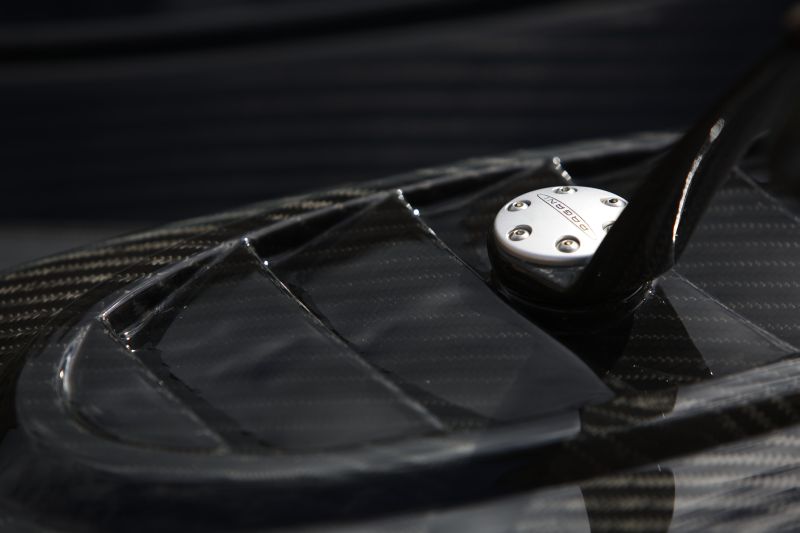 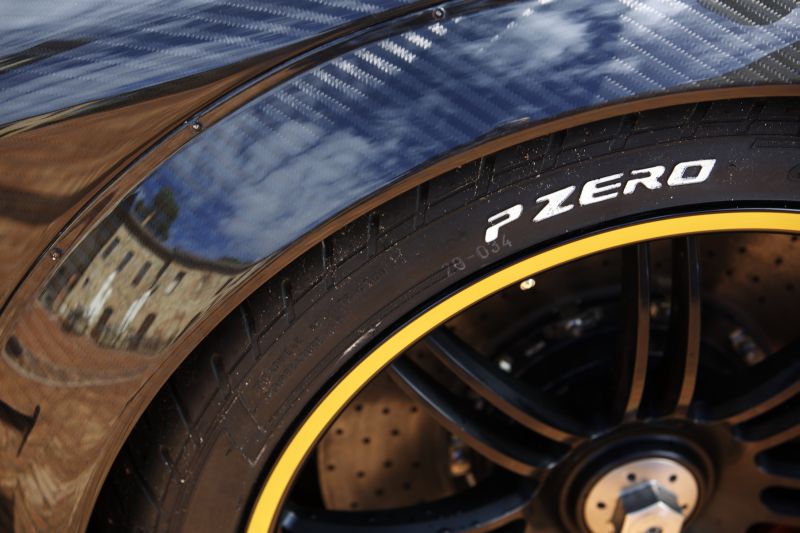 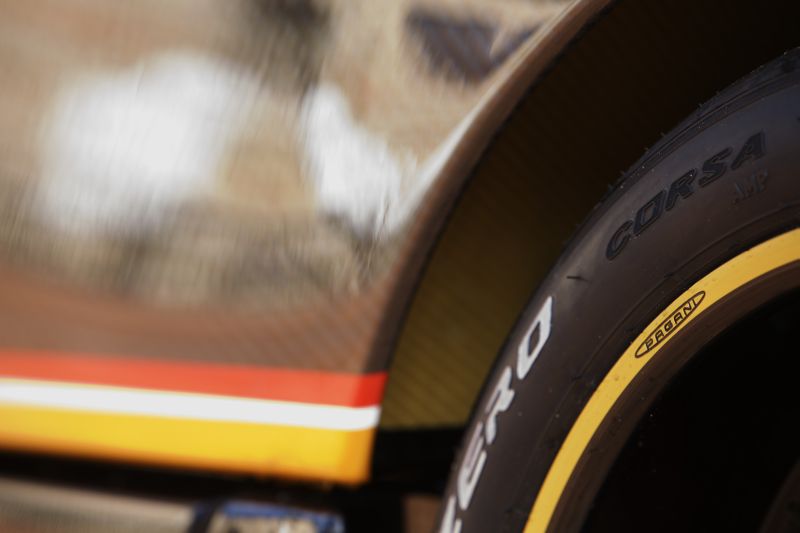 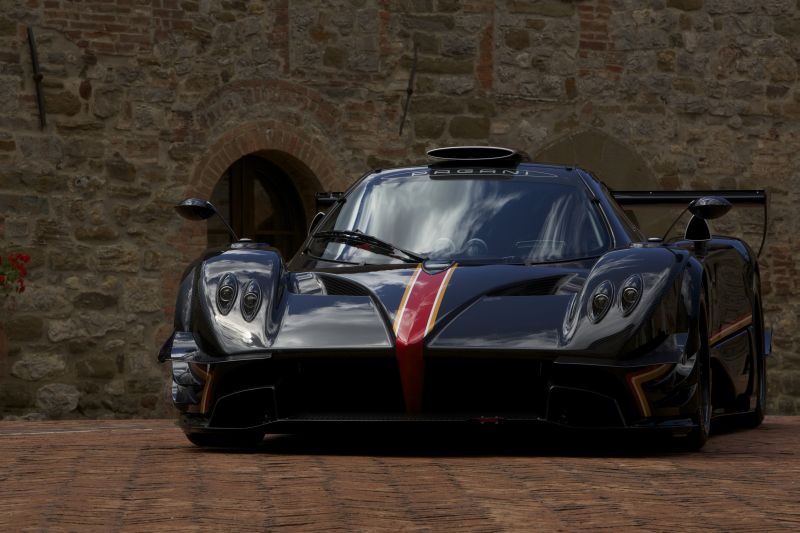 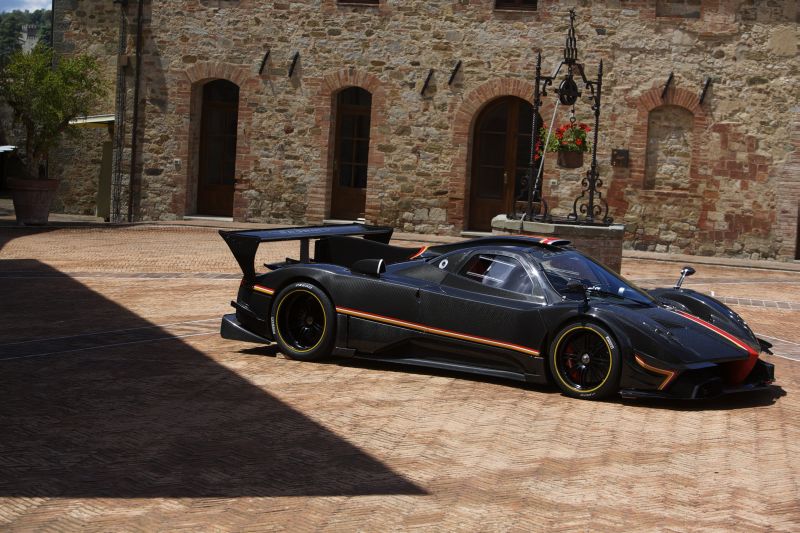 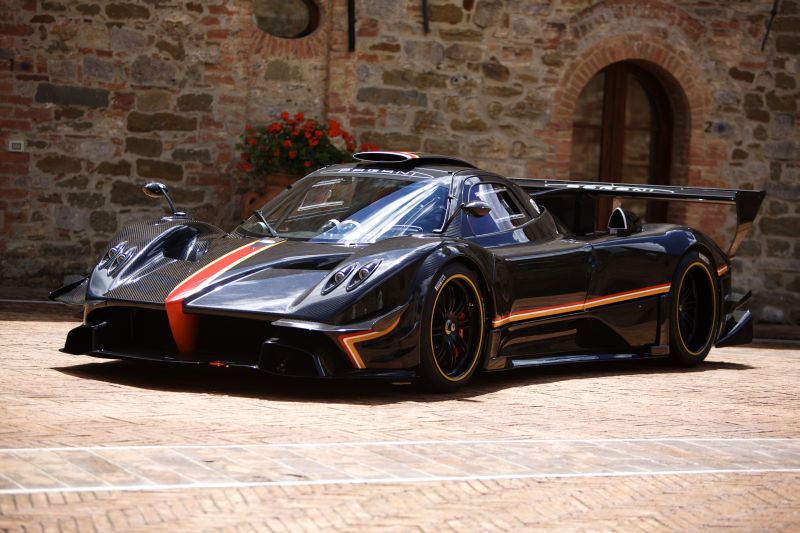 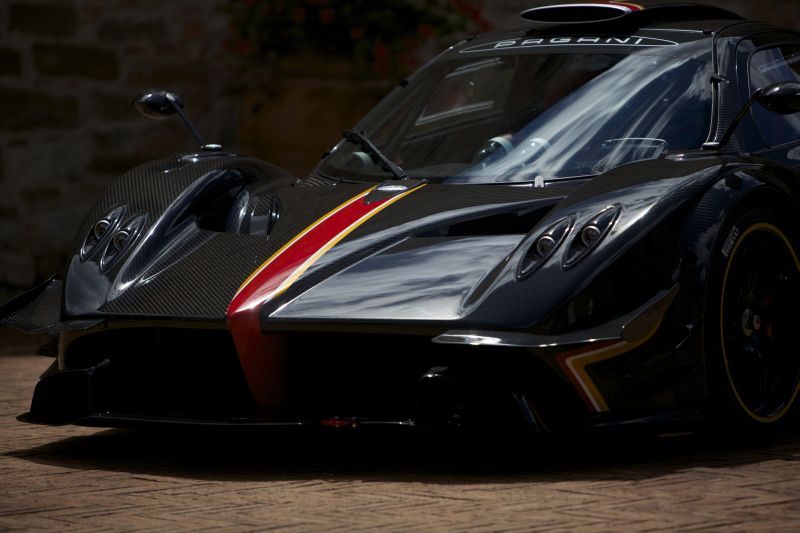 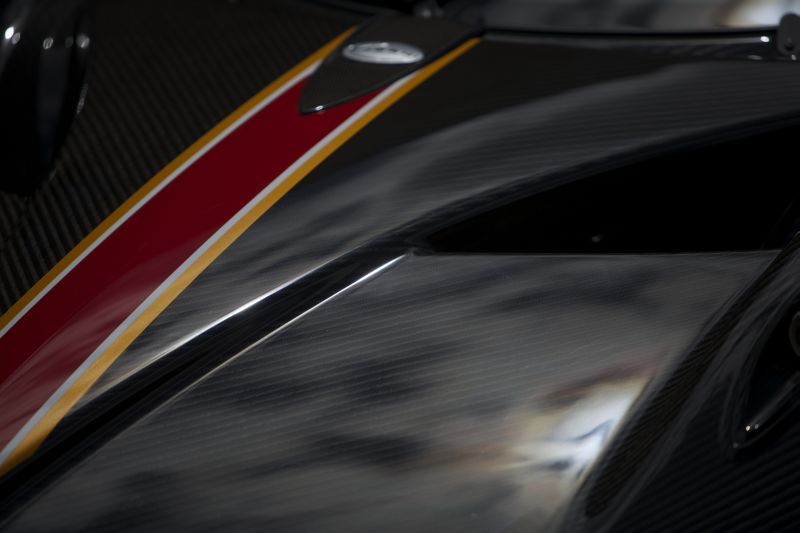 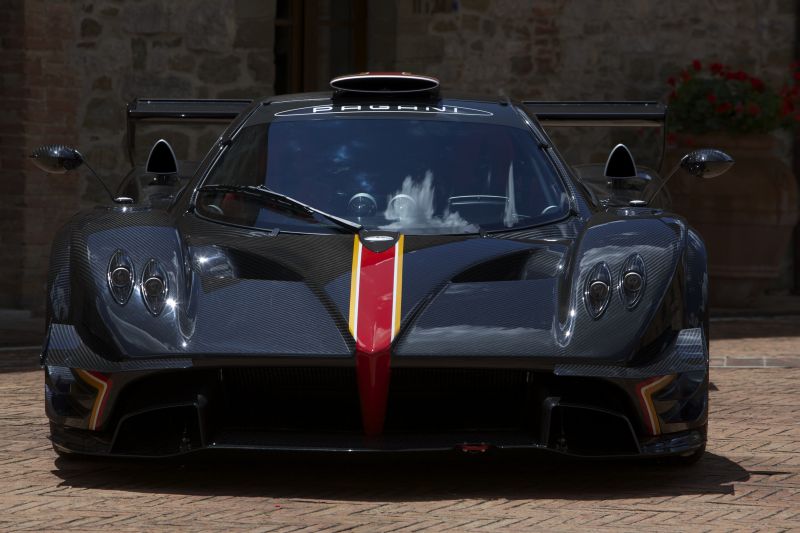 The evolution of the species, the revolution in the concept of art applied to pure speed. Pagani Automobili unveiled the final version of the Pagani Zonda Revolucion to clients and family members during Vanishing Point 2013 - The International Pagani gathering. The Pagani Zonda Revolucion is the apex of the celebration of performance, technology and art applied to a track car. Horacio Pagani and his team have created a car designed to amaze both on the track and in a car collection.

The central monocoque is carbon-titanium, the needle on the scale stops at 1070kg. The AMG Mercedes engine is an evolution of the Zonda R powerplant. The 6.0-liter V12 now develops an output of 800 hp and 730 Nm of torque, resulting in a power to weight ratio of 748 hp per tonne. The 6 speed magnesium transversal and sequential gearbox changes gears in 20ms. The traction control developed by Bosch with 12 different settings and the renewed ABS system, allows the driver to adapt the behavior of the car to his driving style.

The Zonda R program has always represented the highest expression of the technology at Pagani Automobili.  The aerodynamics feature important innovations, like new deflectors on the front bonnet, as well as a vertical stabilizer mounted on the rear bonnet.

Pagani Zonda Revolucion also features a DRS (Drag-Reduction-System) on the rear wing. The system has two different operating modes, both can be activated by the driver at any time. The manual system is controlled with the DRS button on the steering wheel. The rear wing changes between maximum and minimum downforce settings, at the occurrence of a lateral acceleration of + / - 0.8 g and a minimum speed of 100 km / h. Holding down the DRS for more than two seconds engages the DRS to work automatically according to the algorithms developed by the Pagani Automobili engineers during the development phase.  The result is a car that is always fast, a strong performer able to take on any circuit in the world.

The Brembo braking system adopts new cutting edge F1-tecnology derived CCMR discs. With a weight saving of 15% compared to the previous CCM discs, the CCMR offer higher stiffness and lower operating temperatures on extreme track use. This contributes to the life of the disc which is increased by four times, with no sign of fading and a significant overall increase in braking power.

Pagani Zonda Revolucion is the ultimate experience for individuals who want to experience the thrill of an extreme track experience, in a safe and intuitive machine. Pagani Zonda Revolucion, like all creatures coming our to the Atelier in San Cesario sul Panaro, is tailor made. An object where art and science blend to create a perfect synthesis of technology, performance and aesthetics. A new masterpiece signed by Horacio Pagani.

Pagani Zonda Revolucion is on sale at a price of 2.2 million Euros plus taxes.

Horacio Pagani, Owner and chief designer of Pagani Automobili: “Limits are made to be overcome. We knew that Pagani Zonda R was already a fast car, the fastest ever on the Nuerburgring Nordschleife. We knew it would be very difficult to design and build a car that was even more extreme. But thanks to the creativity of our designers, engineers, and the whole Pagani family, we created a beautiful object and the fastest Pagani vehicle ever. A car that I am sure will electrify all our customers and fans all over the world.”