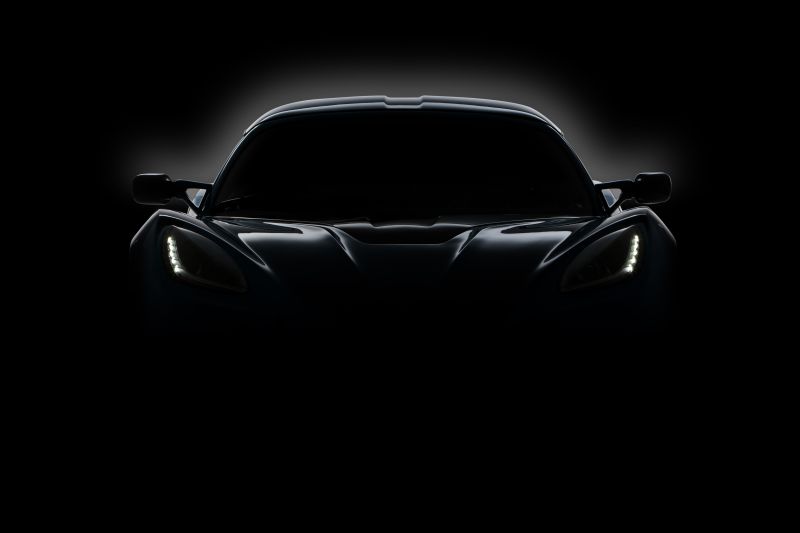 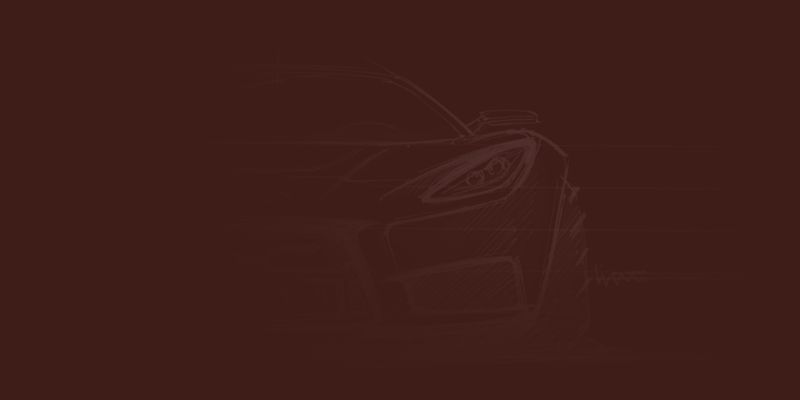 Detroit Electric is a forgotten name of an electric vehicle manufacturer which was well established in the first half of the last century. Situated in the motor city – Detroit – this maker lived its life until the very end on the 30’s. In 2008, more than 70 years later, the marque was been revived with a straightforward objective to develop and build state-of-the-art models carrying the legendary name in the history of electric vehicles. A revived marque took 5 years for development of its first model which is about to be launched for public very soon at the forthcoming Shanghai Motor Show in China.

The first model of the resurrected Detroit Electric will be a limited edition electric sportscar. The model whose name is still not disclosed will be offered for sale since August, 2013 with estimated production quantities of no more than 2500 units a year. Also, no pricing or specifications have been released together with the first official teaser image. However, full details of the Detroit Electric’s sportscar will be available very soon.

After an absence of over 70 years, Detroit Electric, the innovative electric car manufacturer, has returned to the legendary Motor City, promising job creation and a range of exciting 100% electric vehicles for the mass market.

Heralding the rebirth of the original electric car brand, Detroit Electric has announced the establishment of its corporate headquarters on the 18th floor of the iconic Fisher Building, located in downtown Detroit, with Don Graunstadt, CEO, North America Operations at Detroit Electric, signing a long-term lease.

A site has also been identified to assemble the first ever pure electric sports car in Michigan, with production to start in August.  The dedicated production facility will have an annual capacity of 2,500 sports cars.  Detroit Electric aims to create over 180 sales and manufacturing-related jobs over the next 12 months.

Following five years of relentless research and engineering development, the first model to carry the renowned Detroit Electric logo will be a limited-edition two-seat sports car.  Certain to quicken pulses thanks to its bold styling, outstanding performance, exhilarating handling characteristics and impressive range, this new sports car will be launched early next month in Detroit, ahead of a global public reveal at the Shanghai Motor Show on 20 April.  The show will also provide the platform for Detroit Electric to share an exciting announcement about a major partnership with a global carmaker.  Full details will be announced on the first press day of the show.

”We are proud to become the fourth car manufacturer born out of Detroit, and the first to manufacture a pure electric sports car from Michigan,” said Mr Graunstadt.  “We are committed to doing our part for this great revival of Detroit through innovation, entrepreneurship and determination – what we like to call ‘Detroit 2.0’.  Our investors and management team are thankful to the State of Michigan for the help provided in allowing Detroit Electric to carry on the legacy that began in Michigan so many years ago.”

The brand was revived in 2008 by Albert Lam, former Group CEO of the Lotus Engineering Group and Executive Director of Lotus Cars of England, with a vision to produce an electric vehicle that seamlessly integrates refined aesthetics, innovative technology and superior handling and performance.

To safeguard its sustainable growth, Detroit Electric employs an ‘asset light’business model, similar to brands such as Apple and Nike, focusing investment on R&D and marketing.  Detroit Electric’s Chairman and Group CEO, Albert Lam, brings to Detroit Electric various operational disciplines from his time heading up technology and innovation-driven businesses in Asia, including Apple and Sun Microsystems.

The Michigan Economic Development Corporation (MEDC) welcomed Detroit Electric to the community.  “Detroit Electric’s decision to establish its new headquarters in Detroit is great news, because it builds on Michigan’s automotive heritage and places the company in the world’s automotive epicenter with a business climate that will enable its success,” said Michigan Economic Development Corporation President and CEO Michael A. Finney.  “We look forward to Detroit Electric’s continued growth in the state as it creates innovative vehicles and new job opportunities for Michigan workers.”

Albert Lam added, “I am very fortunate to be working with a group of very talented engineers to create something really special.  The sports car will allow us to demonstrate to the world our ability to build an exciting and innovative product.  This DNA will be translated across to our future sedans; all our cars will be fun to drive and deliver exceptional performance within their class.”