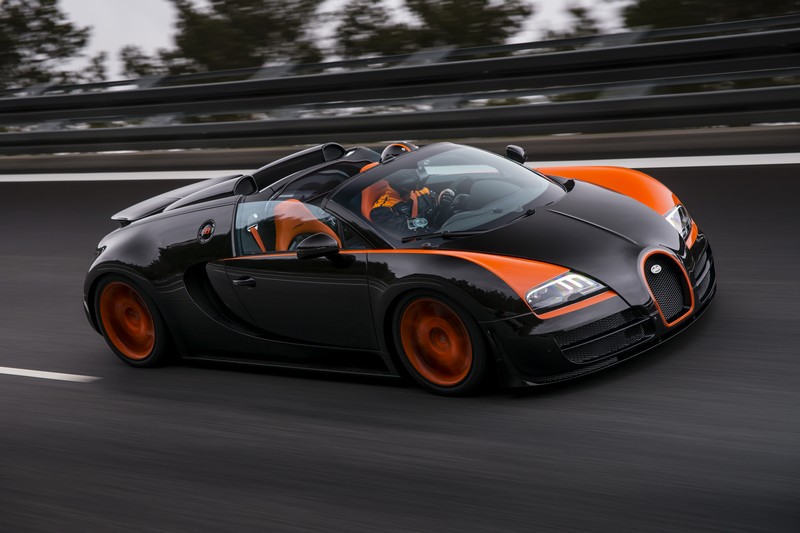 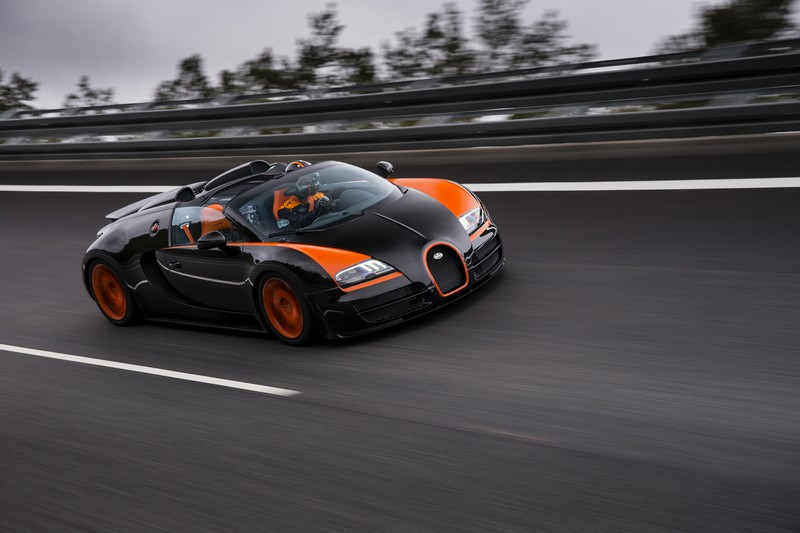 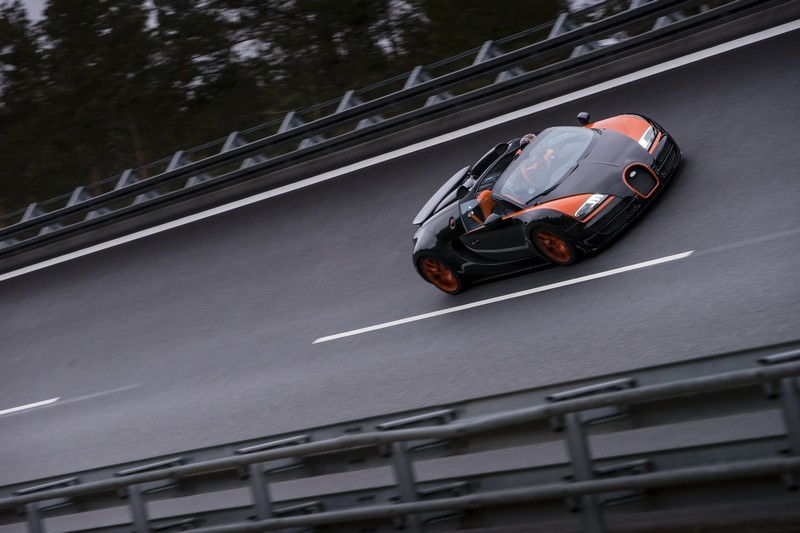 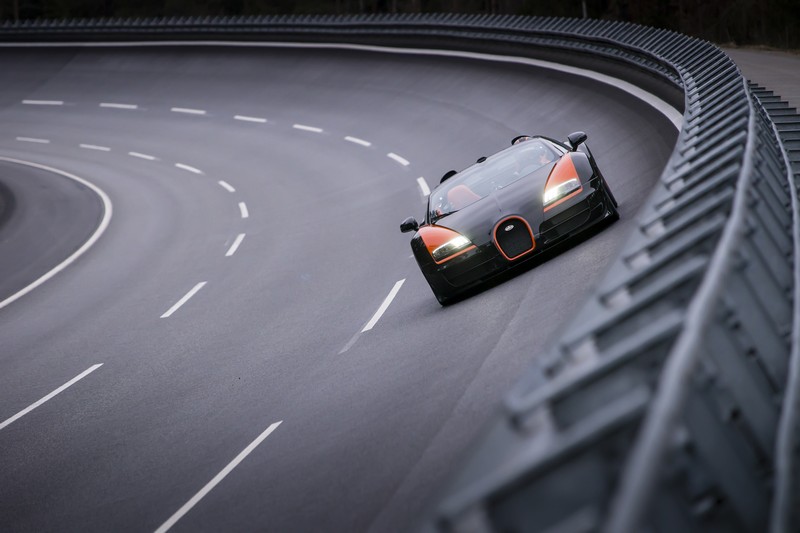 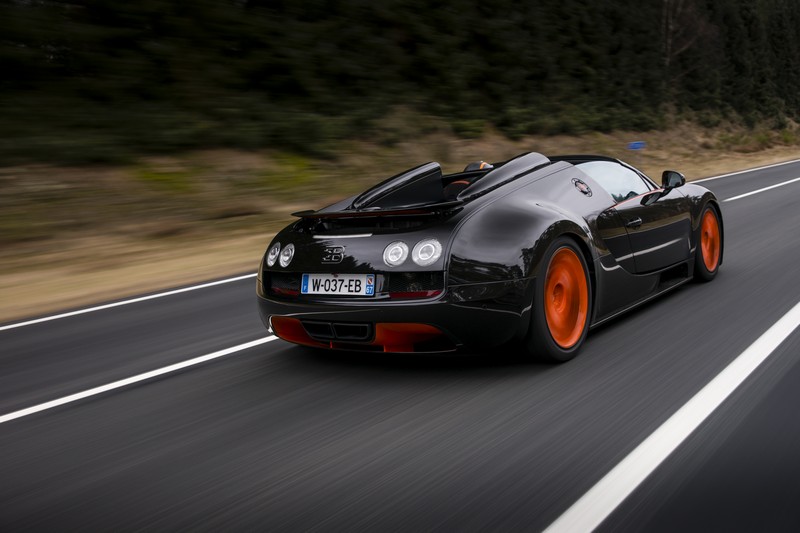 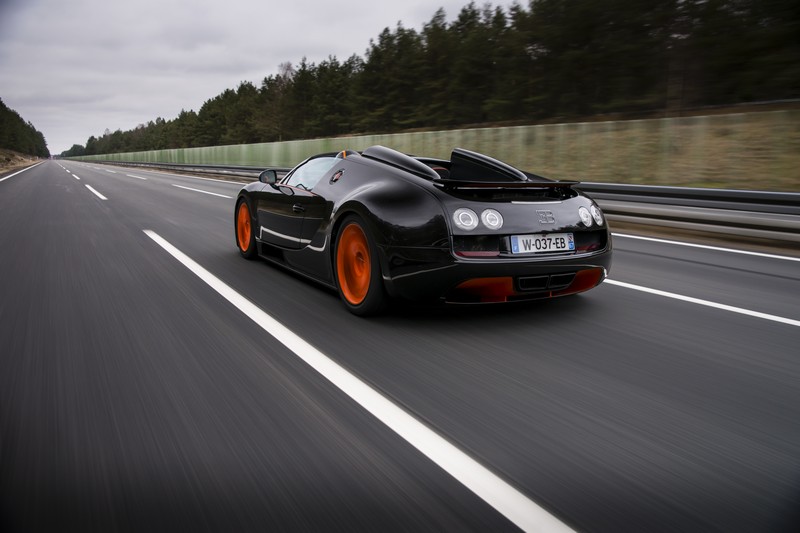 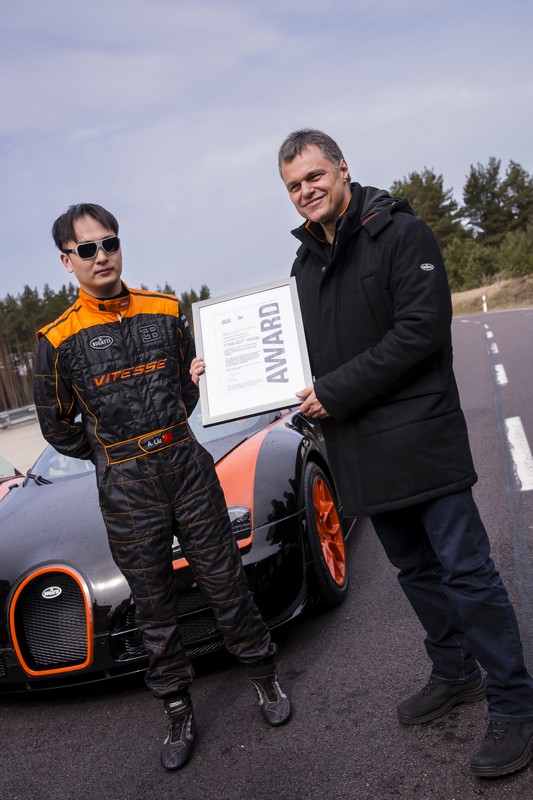 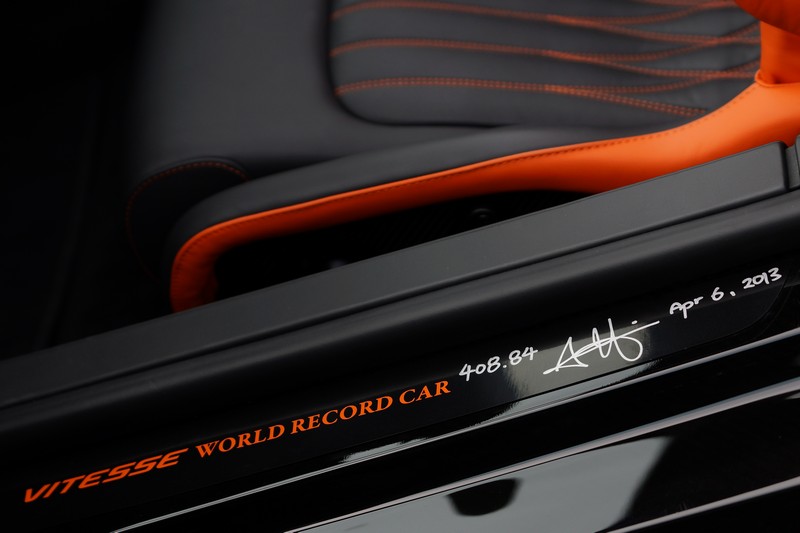 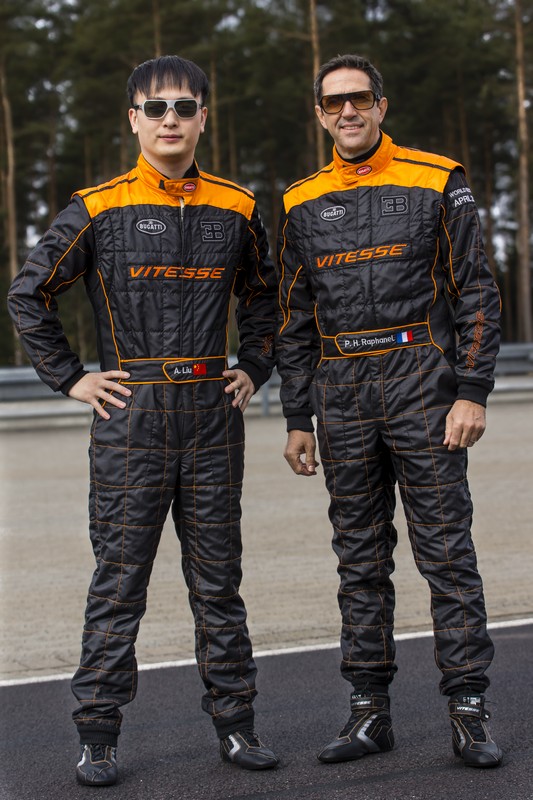 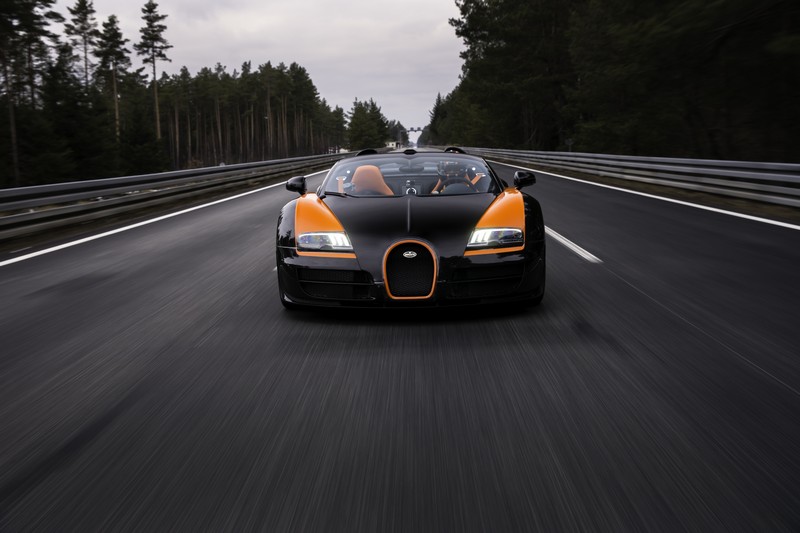 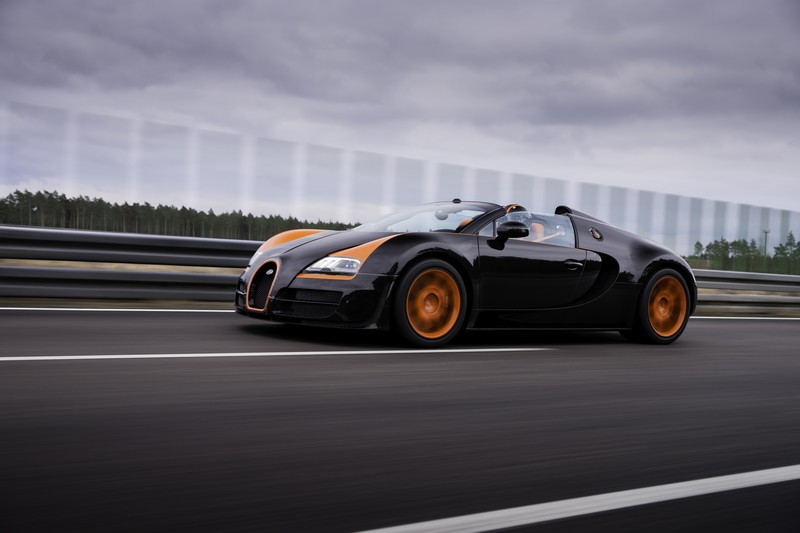 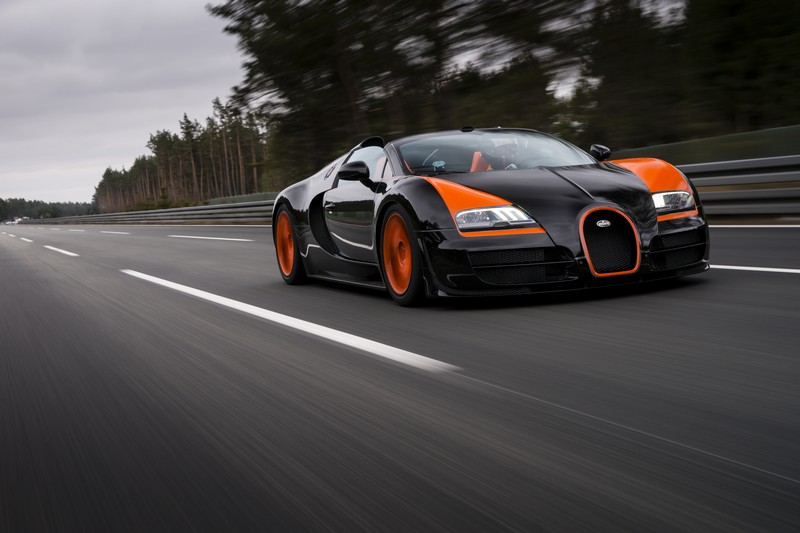 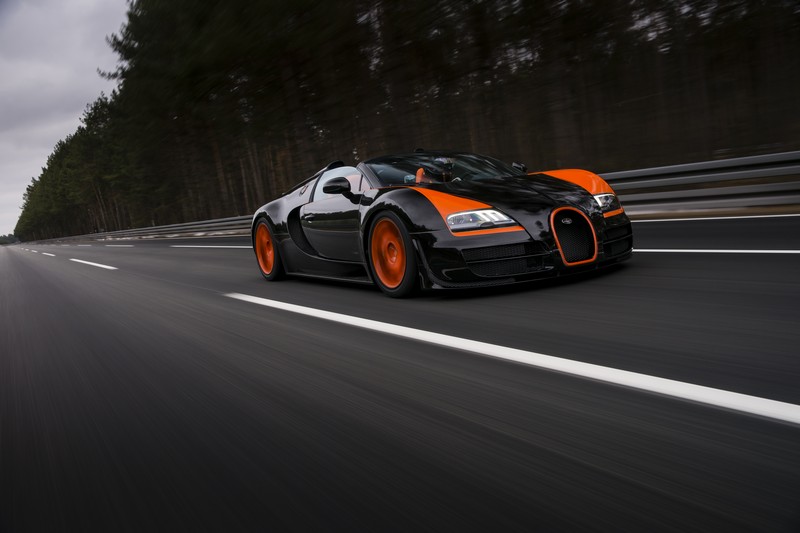 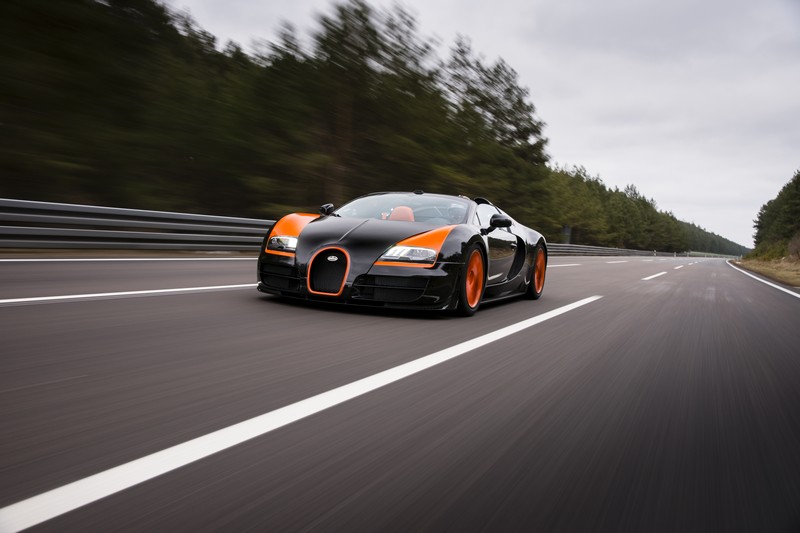 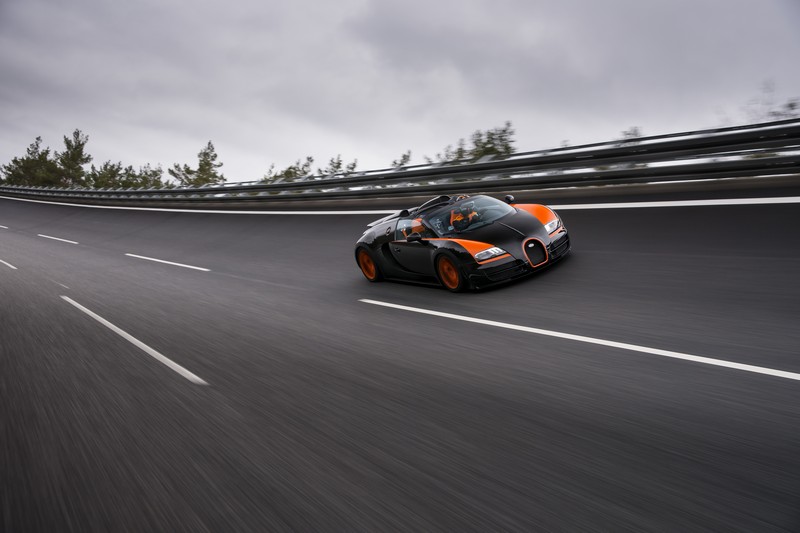 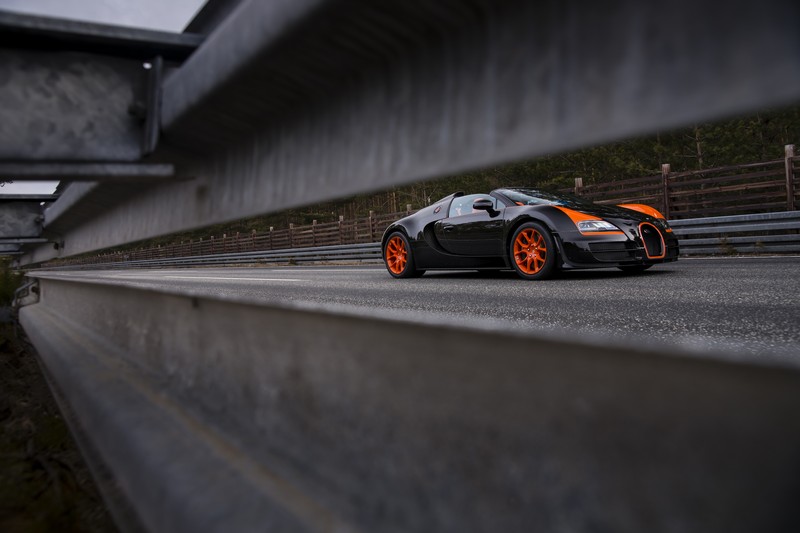 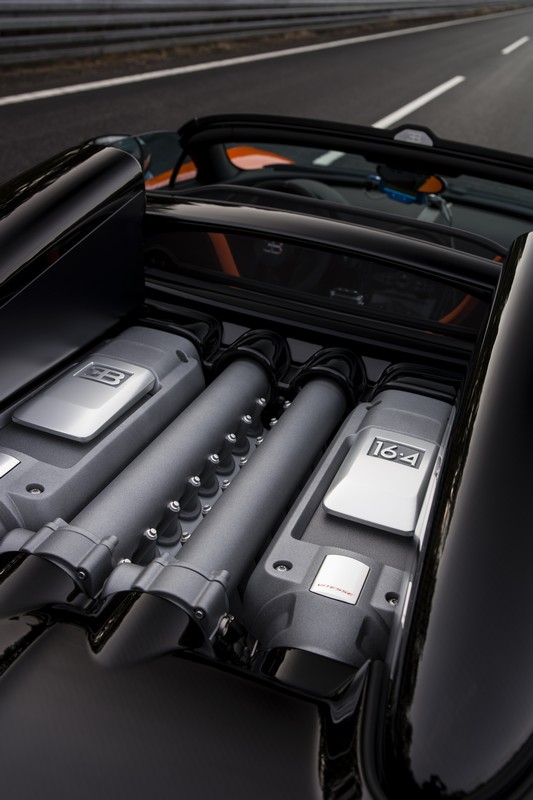 Wolfsburg/Molsheim, 11 April 2013 – The world’s fastest roadster is a Bugatti. The Bugatti Veyron 16.4 Grand Sport Vitesse has set the world speed record for open-top production sports cars at the Volkswagen Group’s proving grounds in Ehra-Lessien where TÜV, the renowned independent German organisation for Technical Inspection and Certification, has officially confirmed that a top speed of 408.84 km/h (254.04 mph) was achieved. The Vitesse was driven by the Chinese racing driver Anthony Liu. The World Record Car will be unveiled to the world for the first time at the Shanghai Motor Show 2013 in April.

It is now official: the world’s fastest roadster is a Bugatti. Following the spectacular record-breaking drive of the Bugatti Veyron 16.4 Super Sport in 2010, during which the coupé achieved a top speed of 431.072 km/h, witnessed and officially confirmed by the renowned independent German organisation for Technical Inspection and Certification TÜV, an impressive speed that remains unparalleled to this day, Bugatti has added yet another milestone. The open top version of the 1,200 PS sports car, the Bugatti Veyron 16.4 Grand Sport Vitesse, now also officially holds the world record. In the presence of TÜV, the open-top super car reached a maximum speed of 408.84 km/h (254.04 mph) at the Volkswagen Group’s proving grounds in Ehra-Lessien, making it the fastest open-top production sports car in the world.

“When we introduced the Vitesse, we established the top speed for open-top driving to be 375 km/h. Still, we could not let go of the idea of reaching the 400 km/h mark with this car as well. The fact that we have succeeded in reaching 408.84 km/h is a thrill for me, and it reaffirms once again that Bugatti is the leader when it comes to technology in the international automotive industry”, said Dr. Wolfgang Schreiber, President of Bugatti Automobiles S.A.S.

The Vitesse was driven by the Chinese entrepreneur and passionate race driver Anthony Liu. After achieving the world record in the Vitesse, the 29-year old described his experience: “This was a very exciting moment. In our training sessions we exceeded 400 km/h but the fact that I could surpass this unbelievable speed once again and even higher has made me very proud. The car is even at such high speeds incredibly comfortable and stable. With an open top, you can really experience the sound of the engine and yet even at higher speeds I did not get compromised by the wind at all.”

The Bugatti Veyron 16.4 Grand Sport Vitesse has been on the market since the spring of 2012. Its power comes from an 8 litre W16 engine, which pours 1,200 PS and a torque of 1,500 Nm at 3,000 to 5,000 rpm to the road. Its high performance handling can be attributed to a racing chassis which together with extremely fast-acting shock absorbers and reinforced anti-roll bars guarantees exact control of both the four-wheeldrive system and the entire vehicle. Other factors that enable such performance at the upper limits include a standard carbon monocoque with high torsional rigidity and an outer shell made entirely of carbon fibre. Keeping wind noise and air turbulence to a minimum in the vehicle’s interior is a particular concern with open-top vehicles. In the Vitesse, a specially developed roof spoiler along with an intricately designed windbreak guarantees calm open-top driving; indeed these were preconditions for reaching the record-breaking speed of 408.84 km/h.

For the record-breaking drive, the Vitesse received a powerful dual-colour scheme in black and orange, perfectly translating its inner qualities into its exterior appearance.

This special Bugatti Veyron 16.4 Grand Sport Vitesse will be available in a World Record Car (WRC) Edition, which is limited to eight vehicles. The price per vehicle is 1.99 million euros (plus tax).

The World Record Car will be unveiled to the world for the first time at the Shanghai Motor Show 2013 April 21-29.