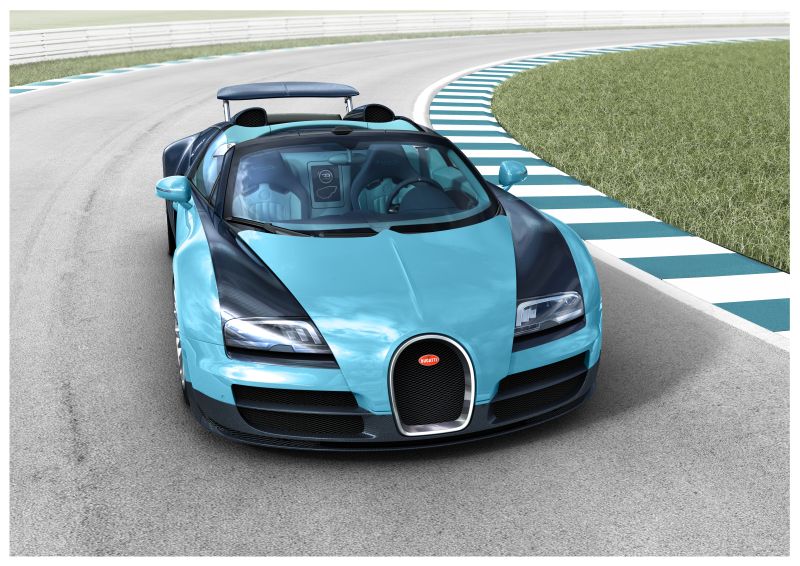 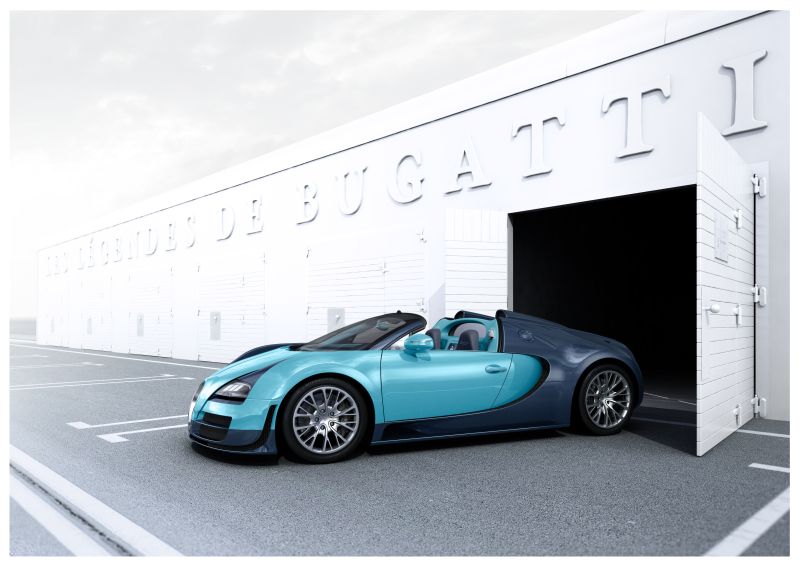 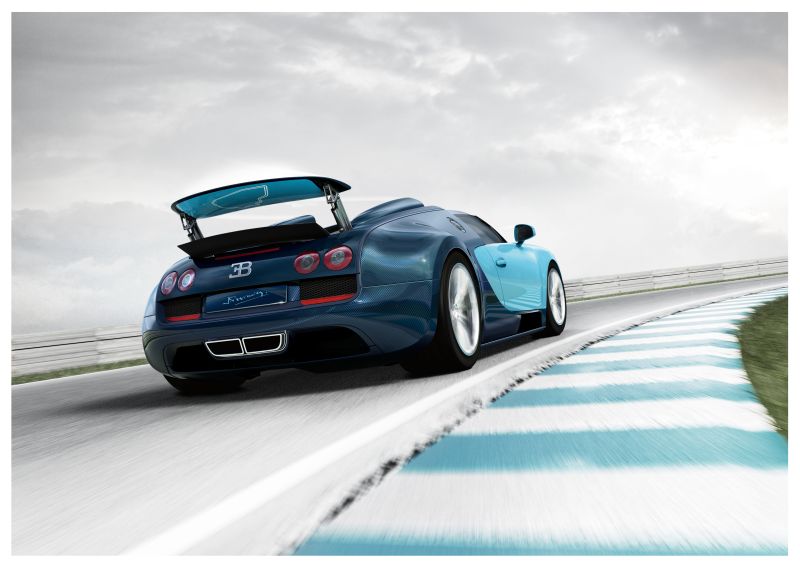 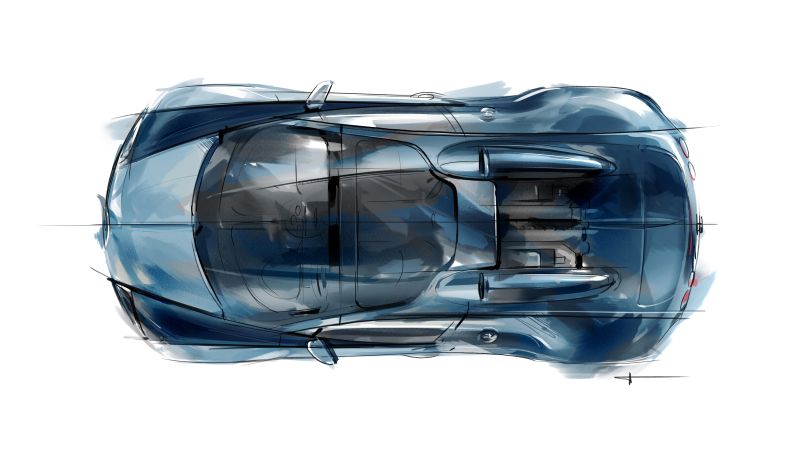 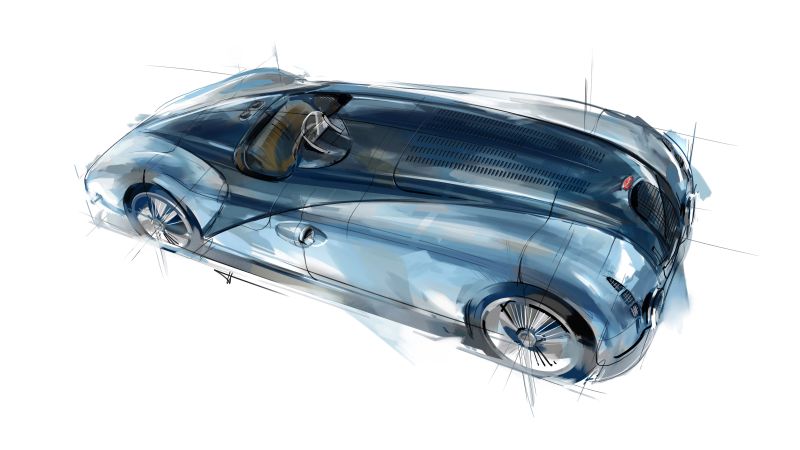 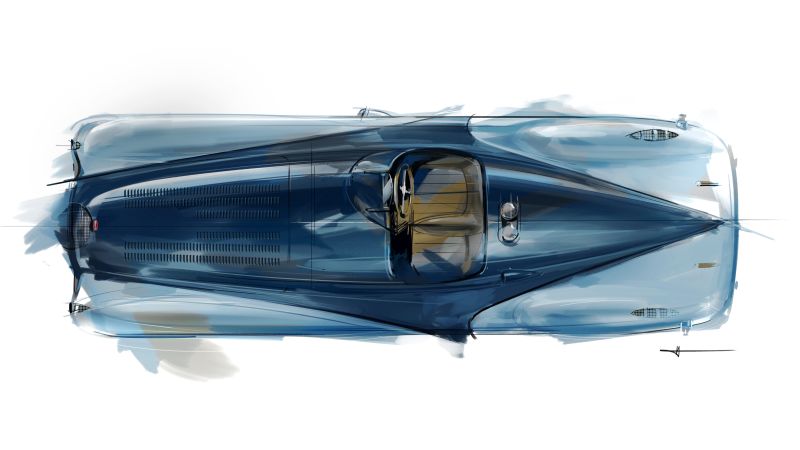 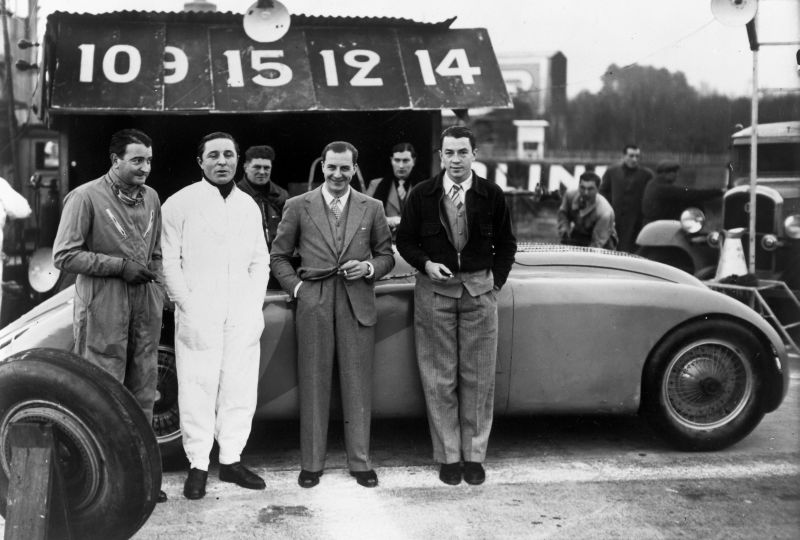 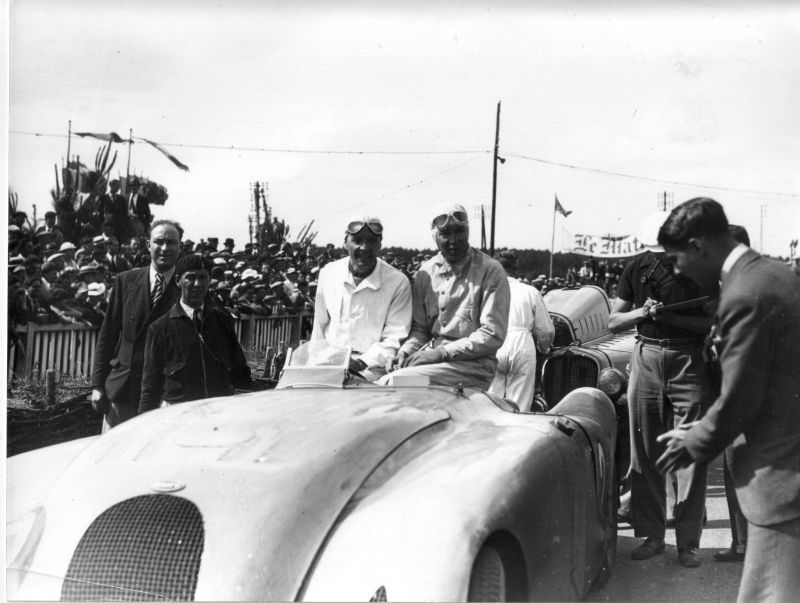 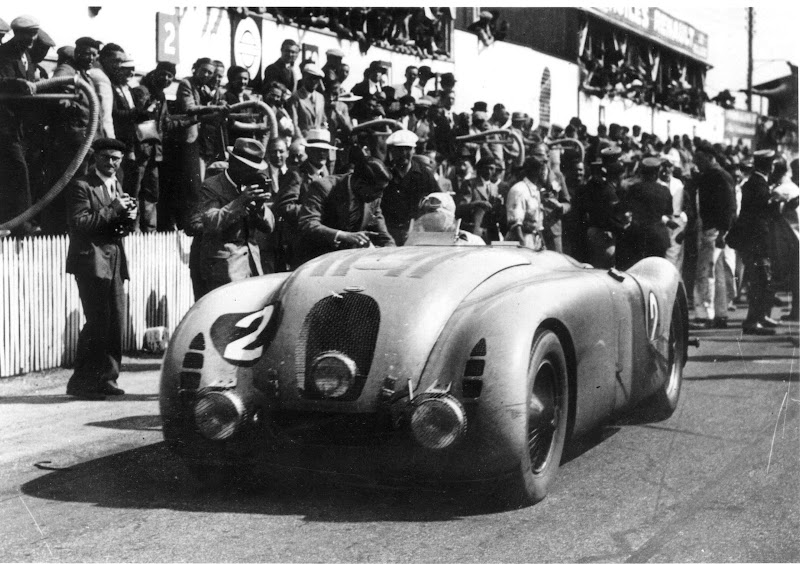 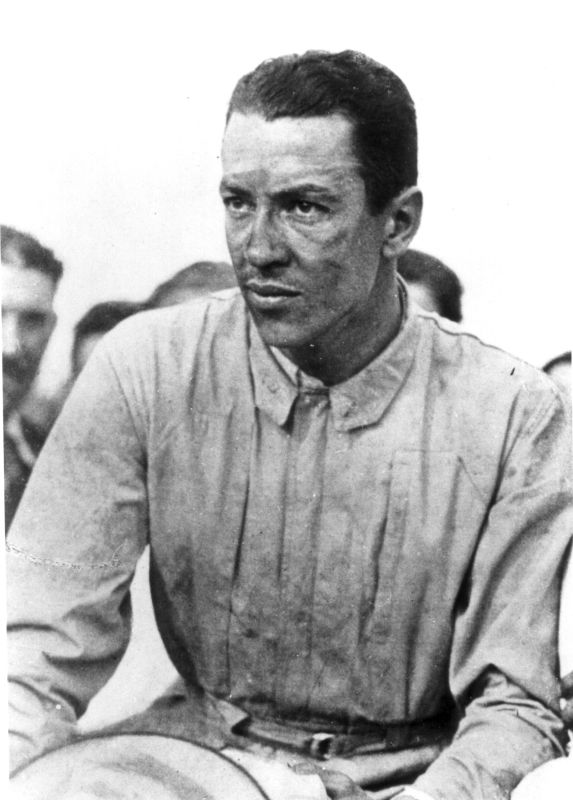 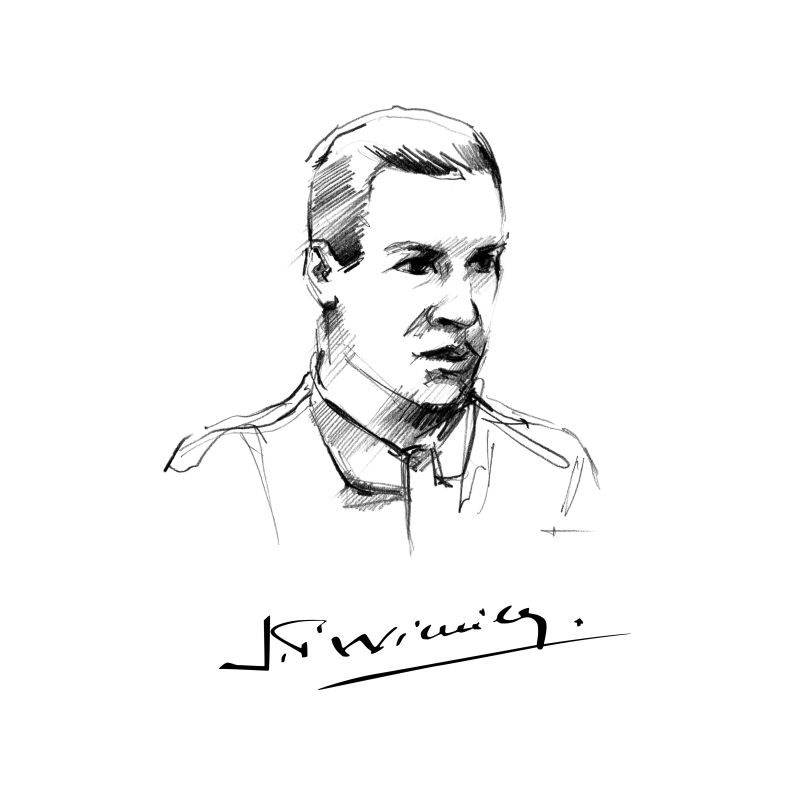 - Bugatti commemorates the names that have shaped its history

- Six key figures from the Bugatti annals lend their names to the exclusive Legend edition of the Bugatti Veyron 16.4 Grand Sport Vitesse

- The first Legend, named after racing driver Jean-Pierre Wimille, is to be presented at Pebble Beach

Molsheim, 24th July 2013 Bugatti, a brand with a rich history unique in the car industry, is celebrating its heroes. The French luxury marque will bring out an exclusive edition, “Les Légendes de Bugatti” (Bugatti Legends), to commemorate the renowned names which have played a crucial role in its history and which have helped creating its mystique. In the 90th anniversary year of the 24 Heures du Mans, the first Legend is dedicated to a personality who is central to the history of motor sports and intimately linked with the Bugatti company: Jean-Pierre Wimille, who garnered two victories for Bugatti at Le Mans. The Bugatti Legend “Jean-Pierre Wimille” will make its début in the eyes of the world at the US The Quail/Pebble Beach weekend taking place from 16 to 18 August. The next twelve months will see the launch of six individual Bugatti Legends based on the Bugatti Grand Sport Vitesse.

Dr. Wolfgang Schreiber, President of Bugatti Automobiles S.A.S.: “This brand has been in large part defined by outstanding personalities and historically resonant moments. We want to tell the story of the brand through these Bugatti legends, and at the same time create a link between its past and presence.”

The Bugatti Legend “Jean-Pierre Wimille” relates to the successes of the eponymous racing driver who won Bugatti two victories at the 24 Heures du Mans: in 1937, driving a Bugatti 57G Tank co-piloted by Robert Benoist, and repeating the feat in 1939, this time supported by Pierre Veyron in a 57C Tank.

The winning race car from 1937 is the inspiration behind the design of the “Jean-Pierre Wimille” Bugatti Legend. For the historic race the 57G Tank appeared in the racing blue finish that habitually identified French racing cars. Accordingly, this Vitesse now shines in blue clear-coated carbon fibre and a light Wimille Bleu paintwork finish.

The colour scheme is continued in the supercar’s interior, as Achim Anscheidt, chief designer at Bugatti, explains: “The materials and colours selected, as well as a host of details, all reference the essential characteristics of the classic models driven by those figures to whom our edition pays homage. In each case, this care has resulted in vehicles in which the authenticity of the past is combined with the modern design, the sportive superlative and the luxurious comfort of Bugatti as an icon of the present. With these Bugatti Legends we are giving history a modern makeover.”

The six Bugatti Legends are all based on the Bugatti Veyron 16.4 Grand Sport Vitesse. This super sports car, launched in Spring 2012, is officially the fastest series roadster in the world since achieving 408,84 km/h with the top down in April 2013. Centred round an eight-litre W16 engine delivering 1,200 PS, the Vitesse produces unequalled maximum torque of 1,500 Nm (at 3,000 – 5,000 rpm), and accelerates from 0 to 100 km/h in a lightening 2.6 seconds.

The production run for the Bugatti Legend “Jean-Pierre Wimille” will be limited to three vehicles.

Jean-Pierre Wimille was one of the longest-serving test drivers at Bugatti. The son of a journalist, he was born in Paris on 26 February 1908 and drove almost exclusively for Bugatti throughout his racing career. With a number of victories already under his belt, in 1933 Ettore Bugatti invited him to take up the position of official test driver for the brand. He joined Bugatti at a point when its last great racing triumphs lay a few years in the past, making the string of victories he brought home to Molsheim over the following years even more significant. In his very first year he came first in the Algerian Grand Prix, then in 1935 he collected the title in the then-famous hill climb at La Turbie near Nice driving a T 59, following this with a second place in the Tunisian Grand Prix and fourth place in Spain.

And it was Jean-Pierre Wimille who brought Bugatti what was to be its last ever racing number one, in 1947 at the Bois de Boulogne, behind the wheel of a 4.7 litre Monoposto Type 59/50 B. Wimille was a world-class driver, who played a key role at Bugatti, especially as the brand’s racing era came to an end. His greatest racing achievement was without doubt his twin victories for Bugatti at Le Mans. He died in a car crash in 1949 in Buenos Aires.

Unlike other automotive brands, Bugatti originated in the field of art. The company founder Ettore Bugatti succeeded in uniting this artistic approach with his technical innovations, thus creating the foundation of a design language that was to mould the Bugatti marque. The result has been a series of vehicles far ahead of their time, and which are today numbered amongst the most valuable classic cars in the world. The brand’s central philosophy of “Art, Forme, Technique” is a description of its mystique.

Its history is marked by a host of dazzling automotive masterpieces but also by an unmatched racing record. Although the grand Bugattis such as the 57SC Atlantic or the majestic Royale, are still regarded as superlative, the lightweight, agile and temperamental Type 35, which won Bugatti so many titles, is just as representative of the Bugatti brand. The particular fascination of Bugatti’s racing past springs however not only from the race cars themselves but equally from the great race drivers of yesteryear.