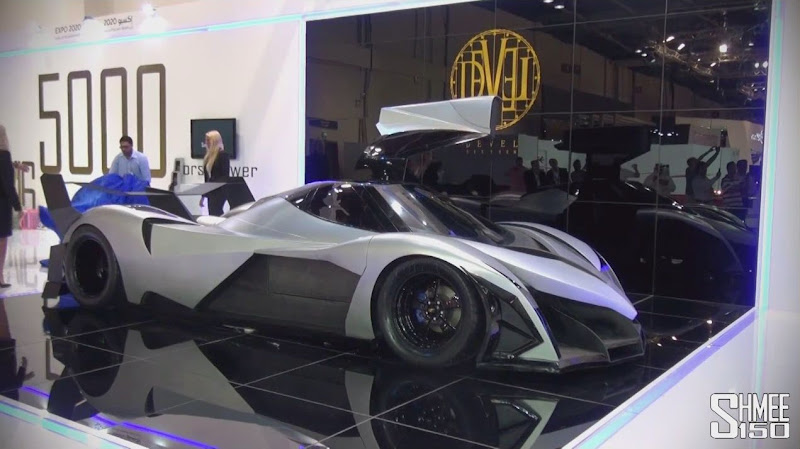 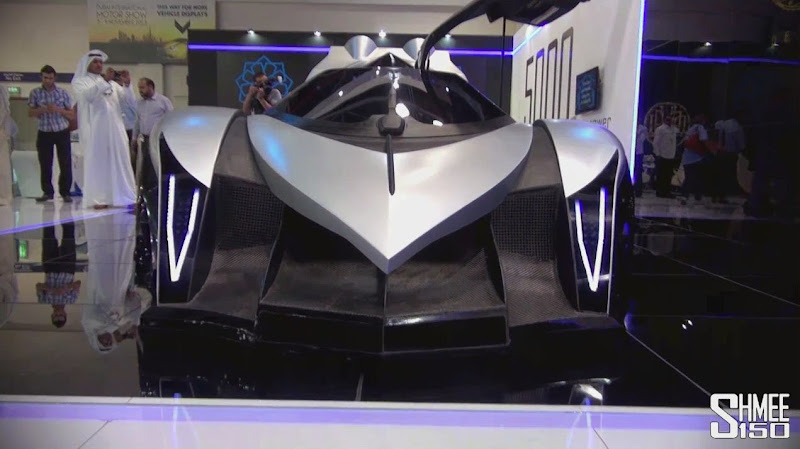 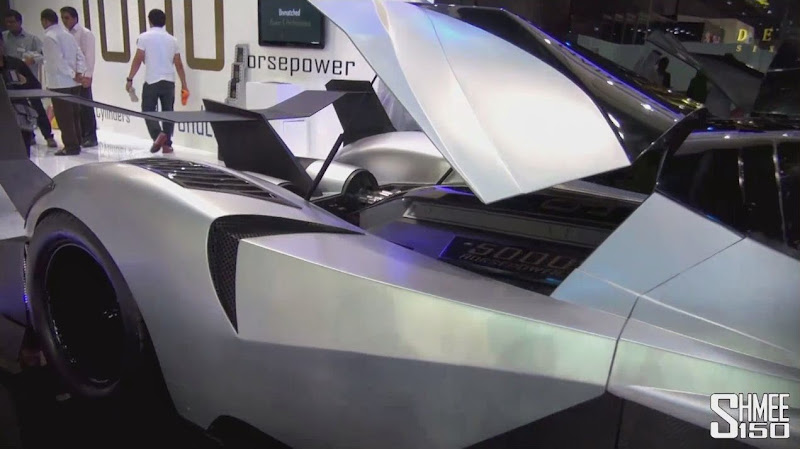 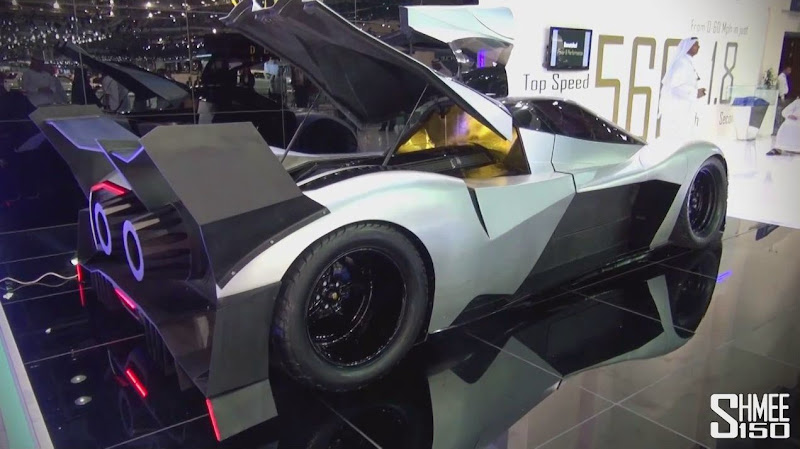 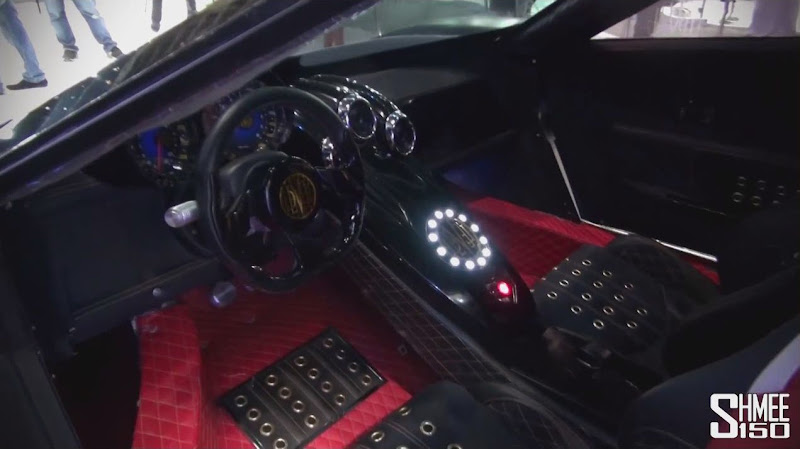 Year 2013 will certainly be marked with world premieres of such extraordinary and extraterrestrial vehicles like LaFerrari, Lamborghini’s trio of Veneno, Veneno Roadster & Egoista or W Motors’ hyperexpensive Lykan HyperSport.

Anyhow, while these vehicles look like being taken back from the far future, the Devel Sixteen is like none else on earth. No teaser images, no teaser videos, no announcements, press releases and media leaks. Silently uncovered at the Dubai Motor Show just a single day ago, this beast screams weirdness at the highest level possible. Being clearly “inspired by” aforementioned Egoista / Veneno, this Dubai-built car is a proposed hypercar with exaggerated specifications.

The company “Defining Extreme Vehicles Car Industry” (yes that’s the name) is claiming that their quad-turbo V16 engine is able to produce an impossible 5000hp (3728 kW). Moreover, the Sixteen will be capable to take a sprint from 0 to 100 km/h in 1.8s. This is hardly possible, as well.. Like it’s not enough, Devel develops a speculated top speed of 560 km/h! The company however doesn’t say if this speed is achievable in real life or in a video game. Anyway, it looks like this car is indeed ready for a takeoff.

Regarding the design of the car, it indeed looks like a mix of Lamborghini Veneno, Koenigsegg, Ferrari Enzo and Pagani Huayra. A monstrous result. In addition to that, the Devel Sixteen has a pair of jet turbo sitting at the rear. But most probably, these are fake decorations since the car is not jet-powered. Furthermore, the car is equipped with, mildly speaking, a gigantic rear spoiler. Even if the model features a completed claustrophobic interior, most probably it is just a non-running one-off concept car or at a push – a very early prototype. We won’t believe even if we see it running. Let’s hope at least to hear the sound of its proposed quad-turbo V16. Someday.