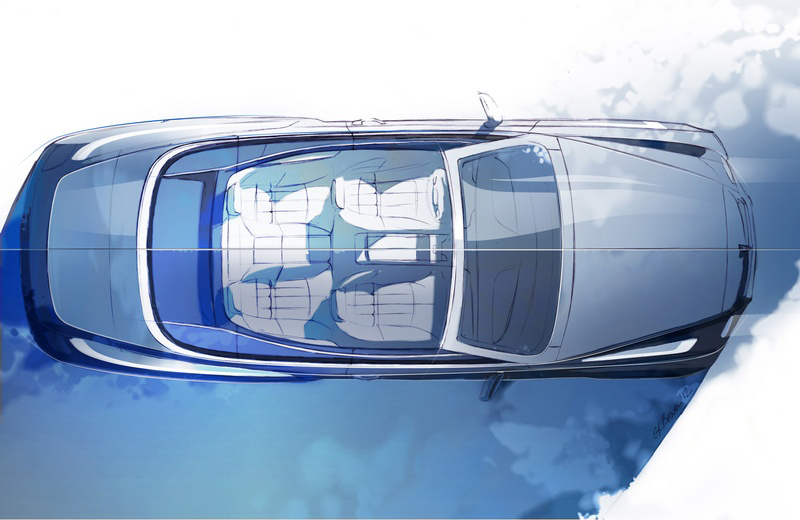 (Crewe, England. 20 August 2012). Since its debut at the Pebble Beach Concours d’Elegance in 2009, the Mulsanne saloon remains a pure example of the Grand Touring Bentley, combining coach-built elegance and hand-crafted luxury with immense power and sportiness at the pinnacle of British luxury motoring.

Now with the Mulsanne Convertible Concept, Bentley’s designers are providing a glimpse into the potential future of the marque’s flagship family. Appealing to automotive connoisseurs seeking the ultimate in contemporary design, prestige and exclusivity, the Mulsanne Convertible Concept will be the world’s most elegant and sophisticated convertible, providing a supremely powerful and refined luxury grand touring experience for four adults.

The graceful form of the Mulsanne Convertible Concept is a fusion of sportiness and coach-built elegance, its sculpted lines and muscular haunches conveying a sense of power and movement.

Commenting on the Mulsanne Convertible Concept, Wolfgang Dürheimer, Bentley’s Chairman and Chief Executive said: “The modern, luxurious, high-tech Mulsanne saloon provides a perfect foundation on which to create the world’s most elegant convertible. The Convertible Concept will extend the appeal of the Mulsanne family, while enhancing the profile of the Bentley brand, particularly in new and emerging markets.”

Open-top cars have been an intrinsic part of the company's heritage since its formation in 1919. From the race-bred 3-litre of the 1920s to the Park Ward S1 Drophead Coupe of the fifties through the Corniche and, most recently, Azure, Bentley has created an array of glamorous and desirable convertibles at the zenith of luxury motoring.