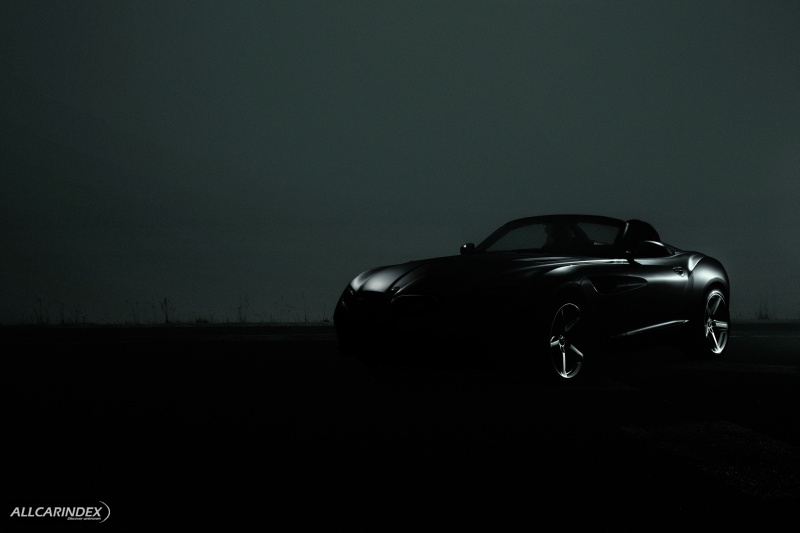 BMW has astonished the world with the debut of the Zagato-designed coupe at Villa d'Este at the end of this May. Combining the flamboyant red exterior, well recognizeable classic lines of the Z-series yet also being ultra modern with the touch of Italian taste and traditions the Zagato Coupe was undoubtedly the star of the show.

However, signs were that this unique, one-of-a-kind German-Italian masterpiece will not be the single result of recent colloboration between the leading German manufacturer and the well-established Italian coachbuilder.

The August has reached its middle thus probably the most appreciated event of classic cars - the Pebble Beach Concours d'Elegance is taking place this weekend. Naturally, there is no better place to unveil a yet another staggering automobile BMW and Zagato have shaped.

The press release below does not give a clue to what exactly this car will be, but the single teaser image released gives a strong hint that this is a roadster version of the Z Coupe. Luckily, only a few days are left until the curtain is raised.

Woodcliff Lake, NJ – August 15, 2012 … BMW will be highly visible this weekend at the 2012 Pebble Beach Concours, Monterey Motorsports Reunion, and Legends of the Autobahn. Making its world debut late in the week will be a new BMW Zagato concept, the second collaboration between these two legendary car companies. The new 2013 BMW 7 Series will make its North American debut with a special highlight on the new 540-hp BMW ALPINA B7 supersedan. Other product highlights include the stunning new BMW 650i Gran Coupe and, in honor of 2012 being the 40th anniversary of BMW M, the all-new BMW M5 and M6.

BMW activity at the Monterey Motorsports Reunion will not be limited to its display in the paddock but will also include three vintage race cars participating in the Reunion, including the 1986 BMW-March GTP, the 1980 BMW M1 Procar as well as the 1975 BMW 3.5 CSL like the one that won the 12-Hours of Sebring that year. The 3.5 CSL will be piloted by BMW of North America President and CEO, Ludwig Willisch. Please stop by the paddock and say “Hello.”

BMW M will be a focus at Legends of the Autobahn. In addition to the new M5 Sedan and M6 Coupe, the legendary M8 Prototype, which never saw production and has never been shown in North America, will also be featured Friday. The mid-engine BMW M1, the very first BMW M supercar from 1979, will also be seen out and about this weekend.

Details about and images of the newest BMW Zagato collaboration will be available closer to the weekend.