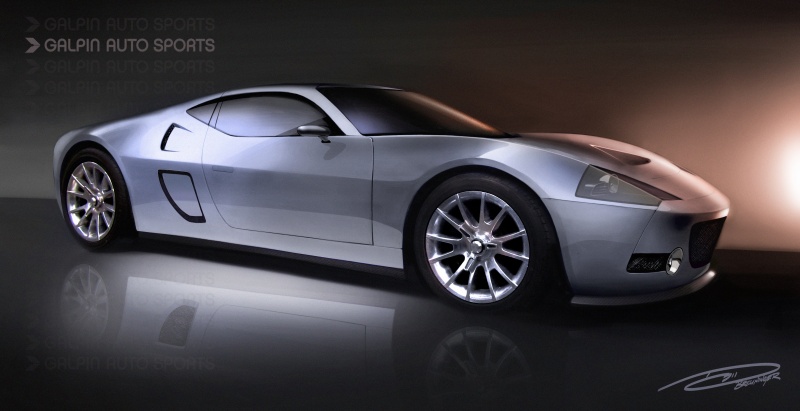 Los Angeles (November 30, 2012) – A new era for Galpin Auto Sports (GAS) has arrived with the announcement of its top secret supercar project, the GTR-1, at the 2012 Los Angeles Auto Show.

Beau Boeckmann, President of GAS announced the company is currently building a prototype of what the Ford GT would have looked like if Ford had continued production of the legendary supercar.

Built in the spirit of Carroll Shelby, making existing production cars faster and even higher performance, the GTR-1 is based off of Ford’s popular GT that was built from 2005 – 2006. The specially developed supercar will have more than 1000 horsepower and will be available with the choice of handmade aluminum or carbon fiber coachwork, upgraded drivetrain and suspension modifications and a bespoke interior tailored to the customer’s specifications.

Additional pictures, details and specs will be available closer to the GTR-1’s debut in early 2013.