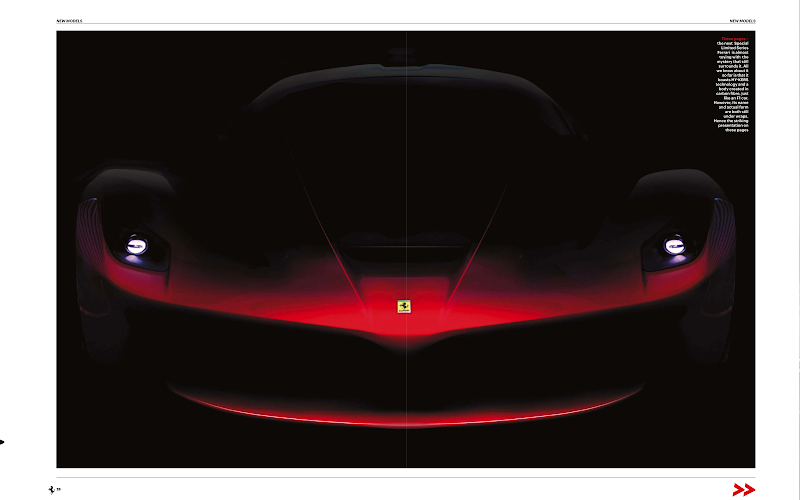 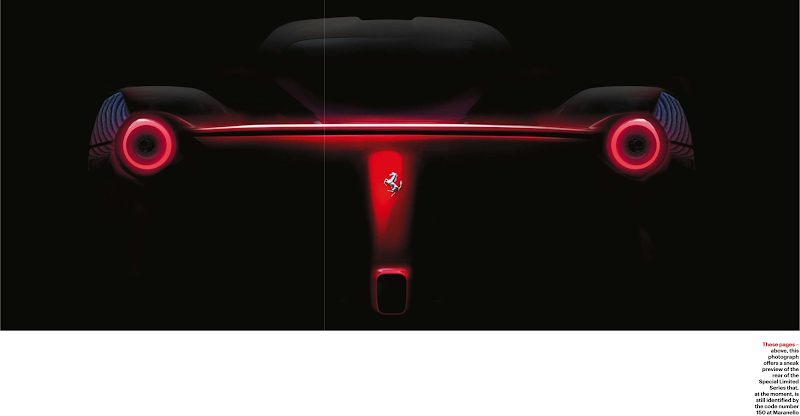 Kept under nine locks the forthcming Ferrari Enzo's successor is one of the most secret and most anticipated supercar project. There is a very little doubt that next year will bring anything as suprising and striking as the codenamed F150 or Special Limited Edition as Ferrari still keeps the official name under cover.

So far only few official details have hit news sources. However, Ferrari has decided to give us a little glimpse of what is coming up, just before Christmas. Recently issued Ferrari Official Magazine includes both the overview story of marques top supercars and official couple teaser images of the Enzo's descendant.

As per official words:

"The next Special Limited Series Ferrari is almost toying with the mystery that still surrounds it. All we know about it so far is that it boasts HY-KERS technology and a body created in carbon fibre, just like an F1 car. However, its name and actual form are both still under wraps.

This photograph offers a sneak preview of the rear of the Special Limited Series that, at the moment, is still identified by the code number 150 at Maranello."

Previously, it has been speculated that the actual car will be official premiered at the grand unveil at NAIAS 2013 in Detroit, but this has been denied, so most probably the next top level Ferrari will take a bow at Geneva or Frankfurt motor shows.