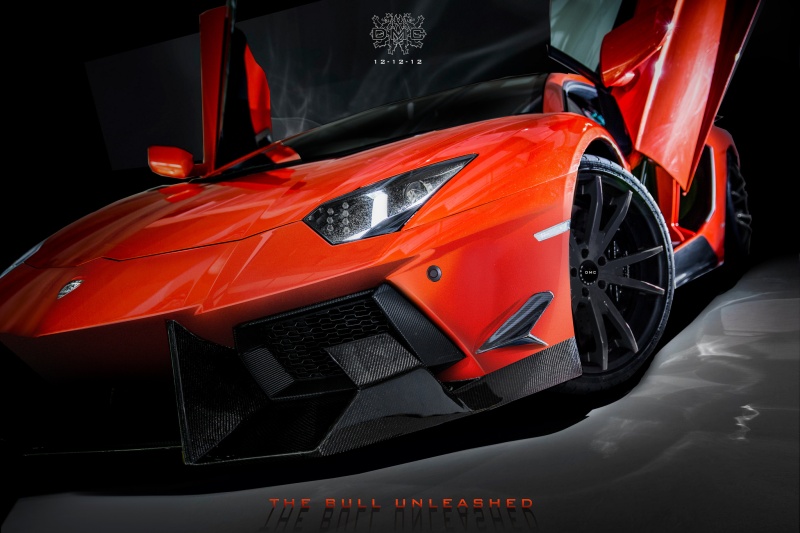 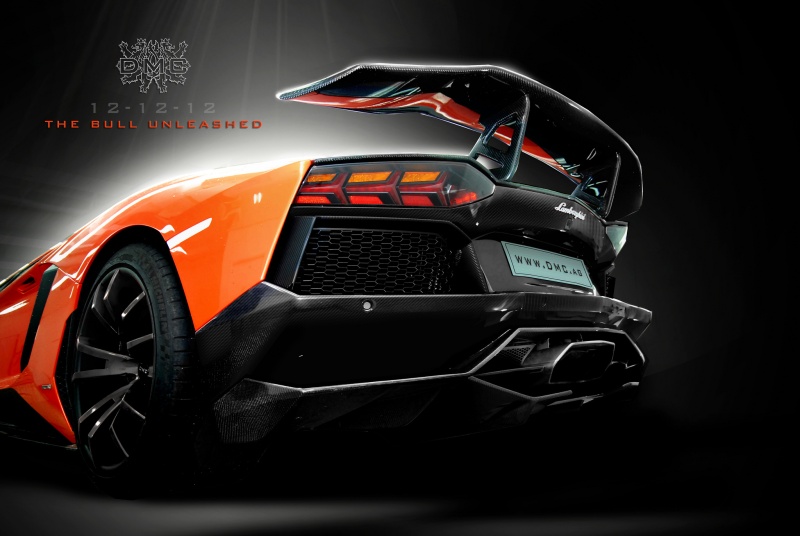 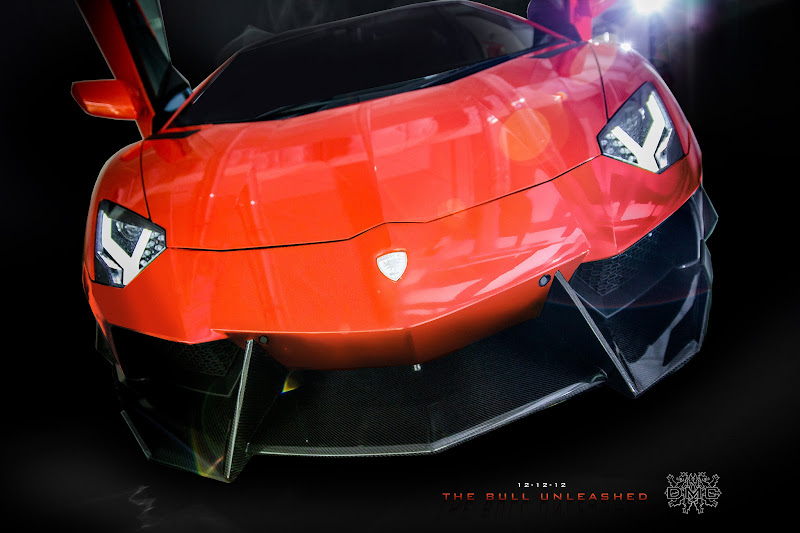 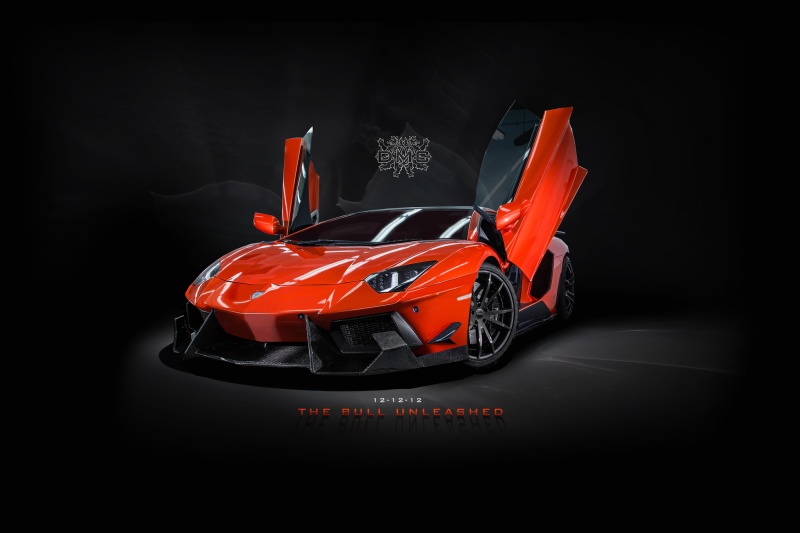 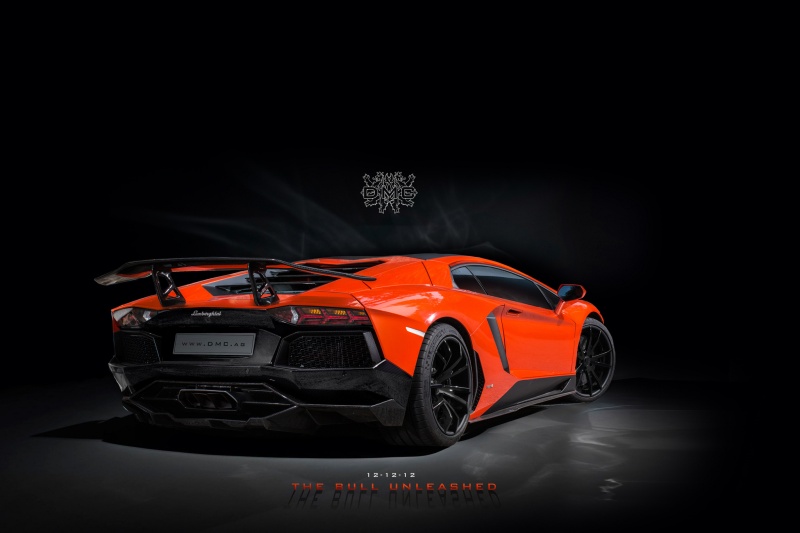 When DMC showcased their first Aventador package last month, everybody was stunned, but also assumed that the German Luxury Tuner was now done with the bull from Sant'Agata, Italy. Today we learn just how wrong that assumption was, as the refiner, who became famous for its craftsmanship on Lamborghini automobiles, introduces STAGE 2: The DMC Aventador LP900 SV LIMITED EDITION

So the question is, will they top their first Kit, which was already called the sickest Aventador on the tuning scene? As crazy as it may sound, DMC was able to pushthemselves onto an even higher level, because their new SV kit continues where the STAGE 1 package ends, improving an already sound base. The high-tech manufacturer has tuned the Italian super-sports car with German perfection - dramatic appearance ,  efficient technology.

But first things first - this kit, which is strictly limited to only 10 sets worldwide, cannot be bought by money. It's limited nature dictates only a chosen few will be able to get the DMC SV, which took heavy inspiration from the Aventador J, a one of a kind itself, which was introduced by Lamborghini in Geneva earlier in 2012. You must be the owner of DMC's regular Molto Veloce Kit, and apply - that's right - to get access to one of the 10 kits dubbed as the LP900 SV.

"Money is not the issue for our clients", says Thorsten Grebers, Marketing Manager at DMC Germany, "this is a kit that you can't get by using your credit card.".  Applications will be carefully scrutinized by DMC, and only approved if the car, the location, the owner and the color match DMC's "10 of 10" criteria. Each of the kits will only be available in one shade or body finish, no two DMC SV will be the same.

Shocked? Wait until we finish inspecting the new kit, then you are officially allowed to be shocked … because so were we: DMC developed a brand new front and rear bumper, completely manufactured in 100% carbon fiber. Necessary? Certainly not, but the exclusivity of the product is the only base for the best materials available. The front fascia receives the most significant change with a wider, sharper nose and the two "J" style poles, responsible to further improved aerodynamics. It's also the place where the brand new "DMC" badge proudly shows by-passers that this Lamborghini has now been turned into a DMC LP900 SV. The front is perfected with two Formula1 Canards mounted on either side that further break the airflow for the pilot’s driving perfection.

The side skirts feature DMC's diffuser panels, which we first saw on the original Molto Veloce Kit, as well as the massive rear spoiler and corresponding wing base. The rear features a brand new rear bumper that includes the lower ‘tunnel’ system seen on the Molto Veloce rear diffuser. The latter not only receives three aggressive GT fins, but also features a new design: the tunnel now shows a center opening, under the custom exhaust, which hasn't been seen before. Once again form and function are joined … DMC’s Titanium Exhaust system might be spitting flames on occasion, these could damage the beautiful carbon fiber - hence DMC redesigned this tunnel.

Performance wise, DMC has a sporty modification up their sleeve, and YES, the car now has got 900 HP. While traditional Lamborghini engine design features combined overhead throttle valves per cylinder bank, DMC has decided to use 12 unique single intake throttle plates, one for each individual cylinder. Gasoline pumps and - lines, as well as pressure modulators and injection nozzles will be replaced by own new components. Optimized engine electronics, an electronic load pressure control system and a completely new wiring will be added. The engine will then be rebranded as LP900. The power-mod is supported by a brand new Titanium Exhaust system, which weighs only a 1/10 of the original unit. Putting only 3.45 KG on the scales compared with the 34 KG stock exhaust was only possibly by using high-tech Titanium, a material also used in space-ships.

The DMC LP900 SV (10 of 10) is a celebration of DMC's passion for Lamborghini“ says Thorsten Grebers. “We love the brand, the car, the designs, and respect the work that has been done, the SV is clearly our homage that allows us to show what is actually possible when it comes to improve perfection.”

All body components can be installed by one of DMC Germany's global dealers, located globally in North America, Asia, Australia and the Middle East. If you opt for the engine modification however, it would be highly suggested to fly your LP700 to the company‘s workshop in Germany or Switzerland.